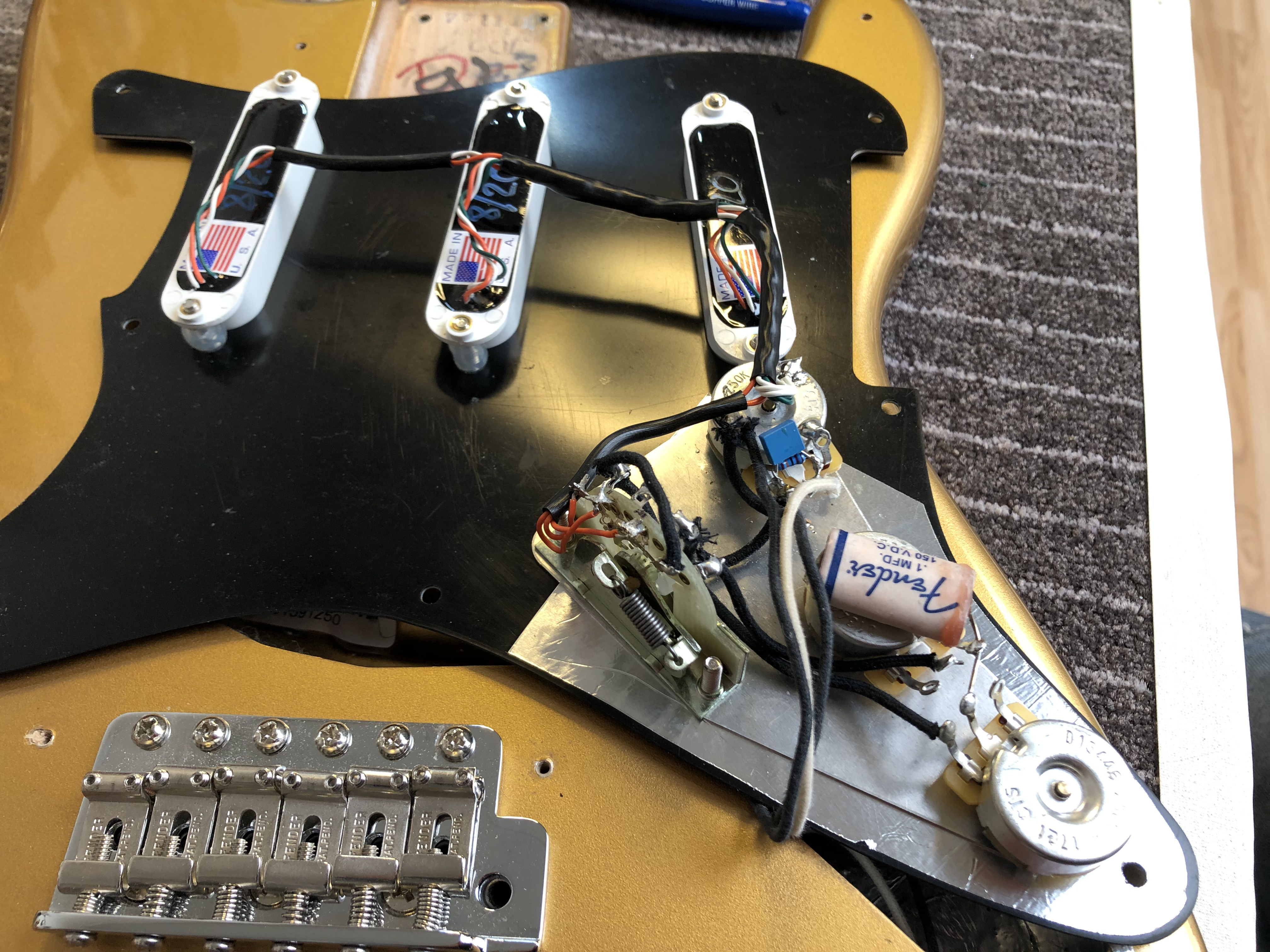 I swapped the pickups in this Strat sometime ago and now the owner contacted me as it had started making an odd noise, like something was being disconnected making the guitar crackle. He also mentioned the volume pot had a bad spot and that he had attempted to find out what was was causing the issue. Unfortunately when the guitar was put back together it appeared that the issue had gotten worse.

My first thoughts were maybe there was an issue with the pot but after it had been cleaned it worked well with no issues. I tested everything with the gain on full on the amp to make sure I was hearing everything at its worse and the wires coming from the back of the pickups were quite noisy. I made sure there was a good earth to the bridge, which there was and checked it across the circuit. Even though it was good I added an earth wire between the pots and made sure the shielding was grounded with a wire. The crackle still persisted.

I checked the output which was solid and decided to heat shrink the wire coming from the pickups in an attempt to make them more stable and less likely to move as this could have been causing the noise. I added some foam to the back of the pickups to stop vibrations causing the wires to move and arranged them so they weren’t being interfered by anything. This seemed to solve the issue was the guitar was reassembled and I could not replicate the noise.

The setup I had done when I’d last seen this guitar wasn’t right anymore so I adjusted the usual things to get it back to were I thought it should be. 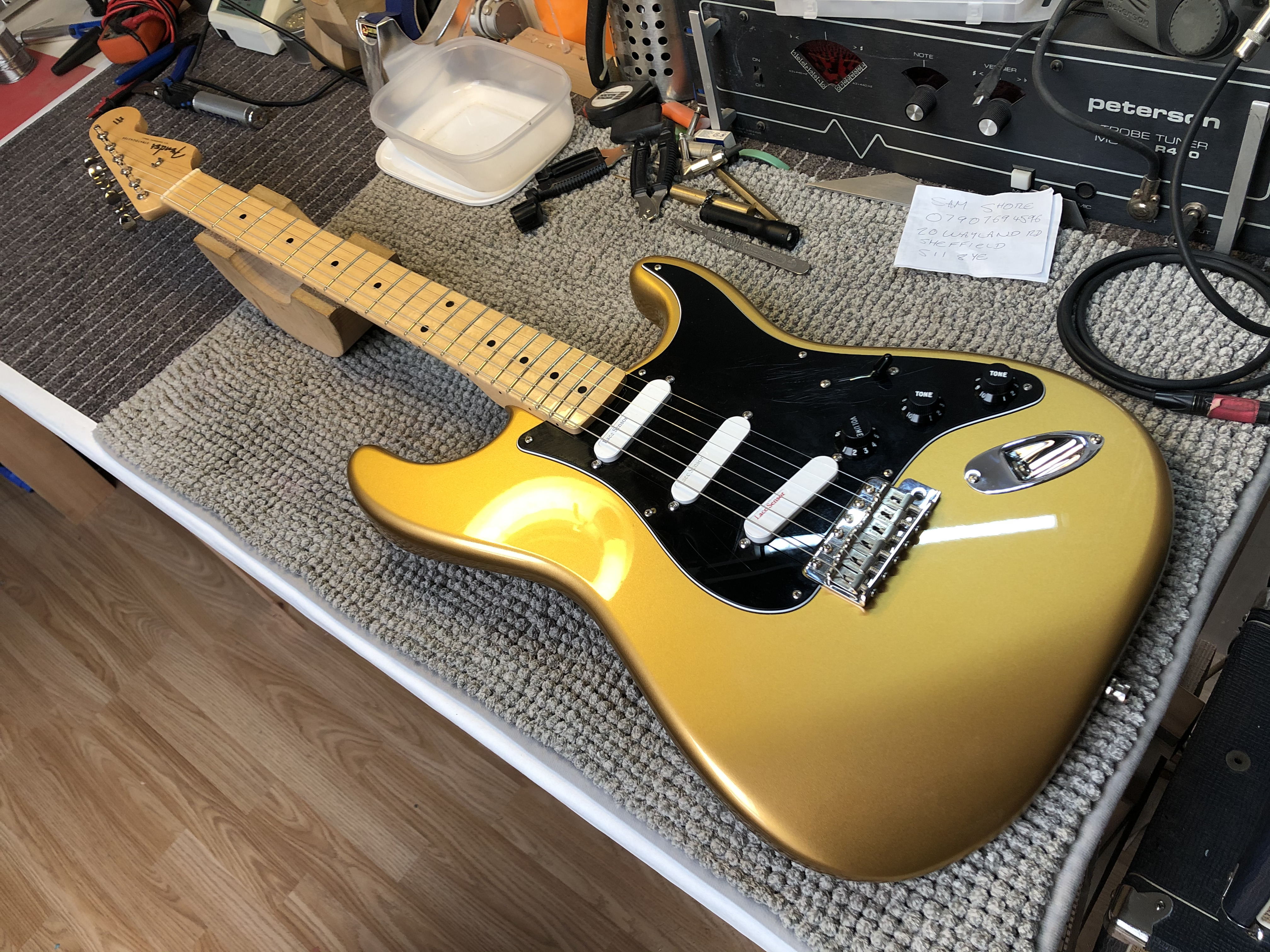 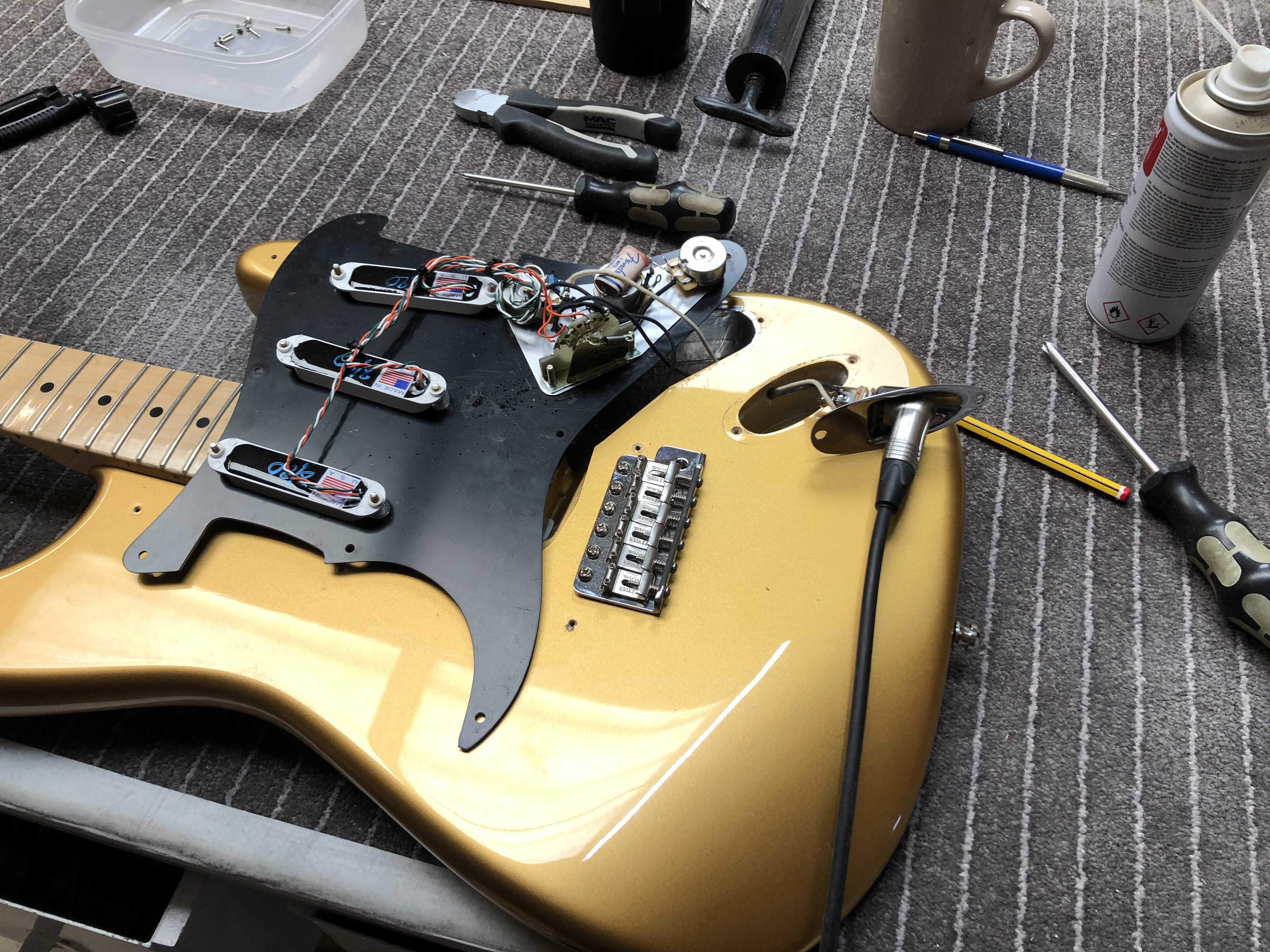 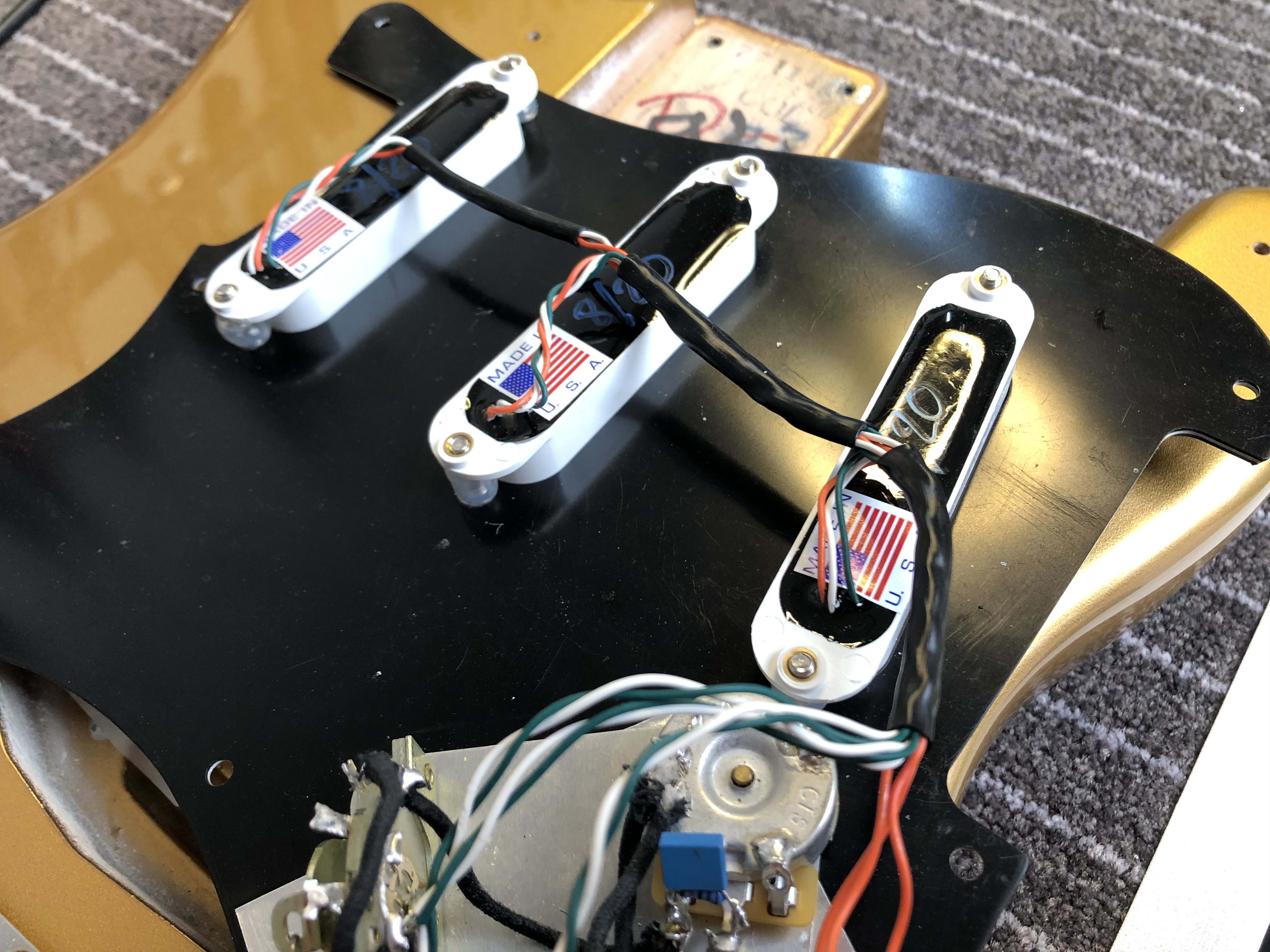 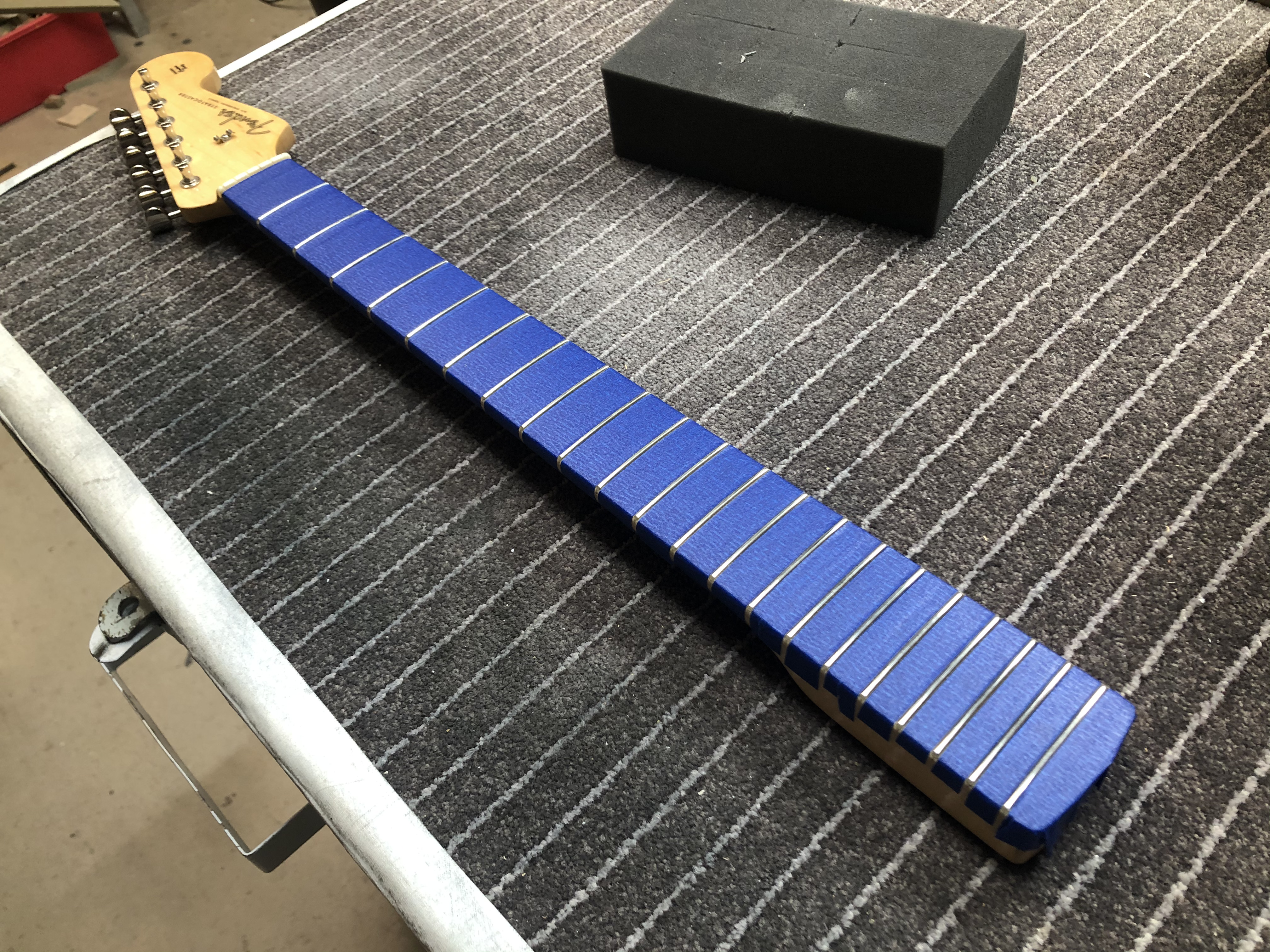 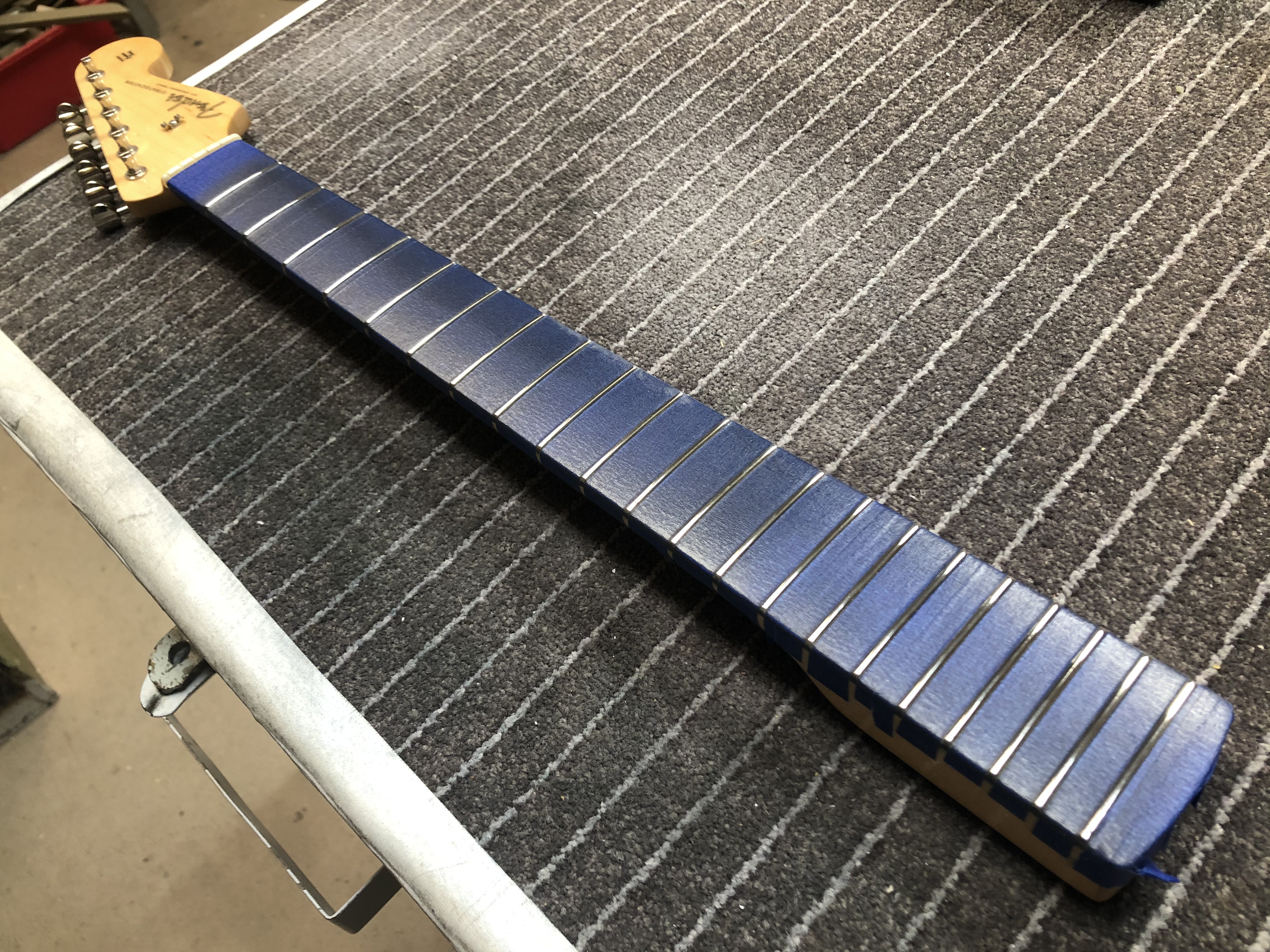 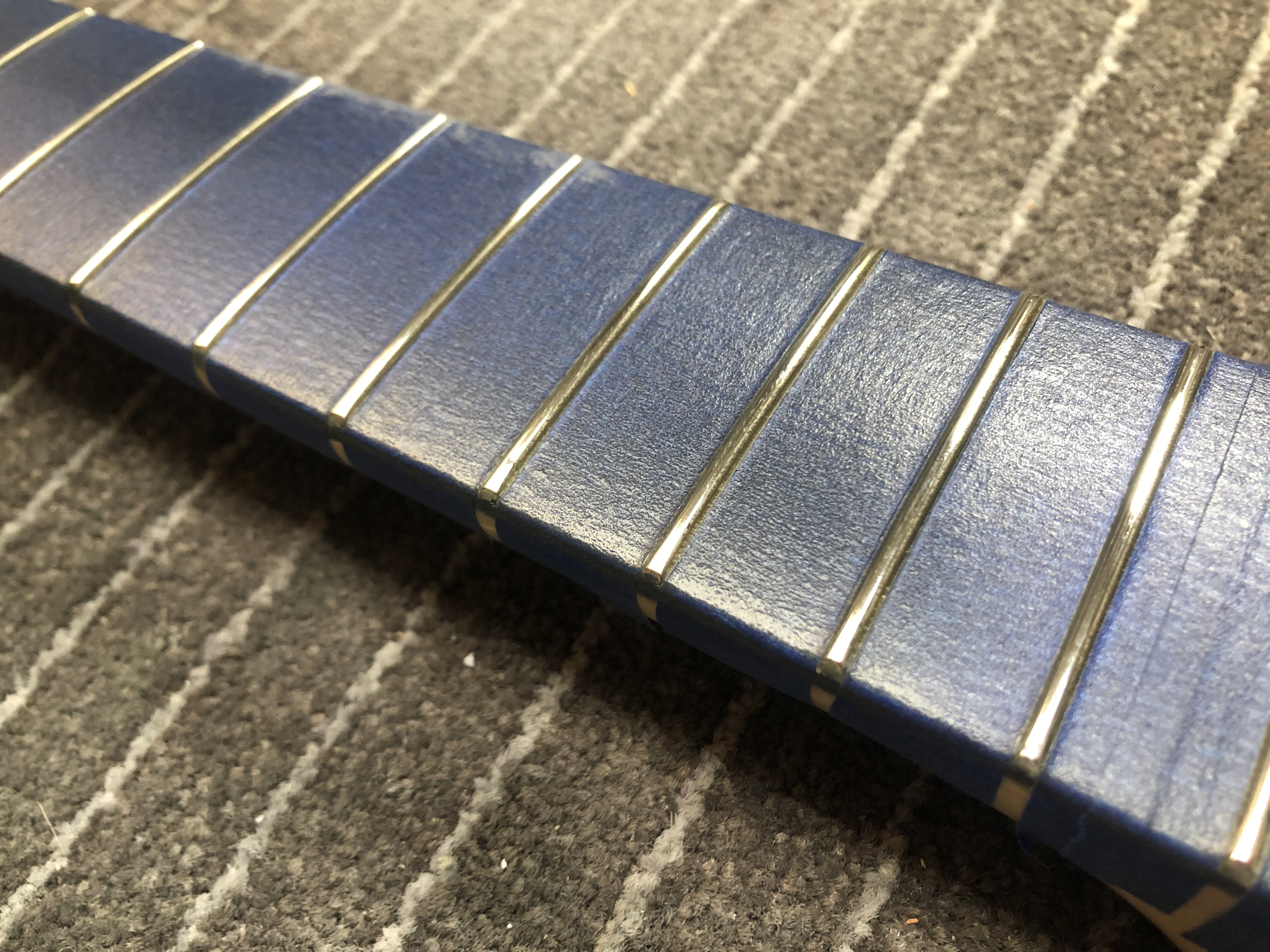 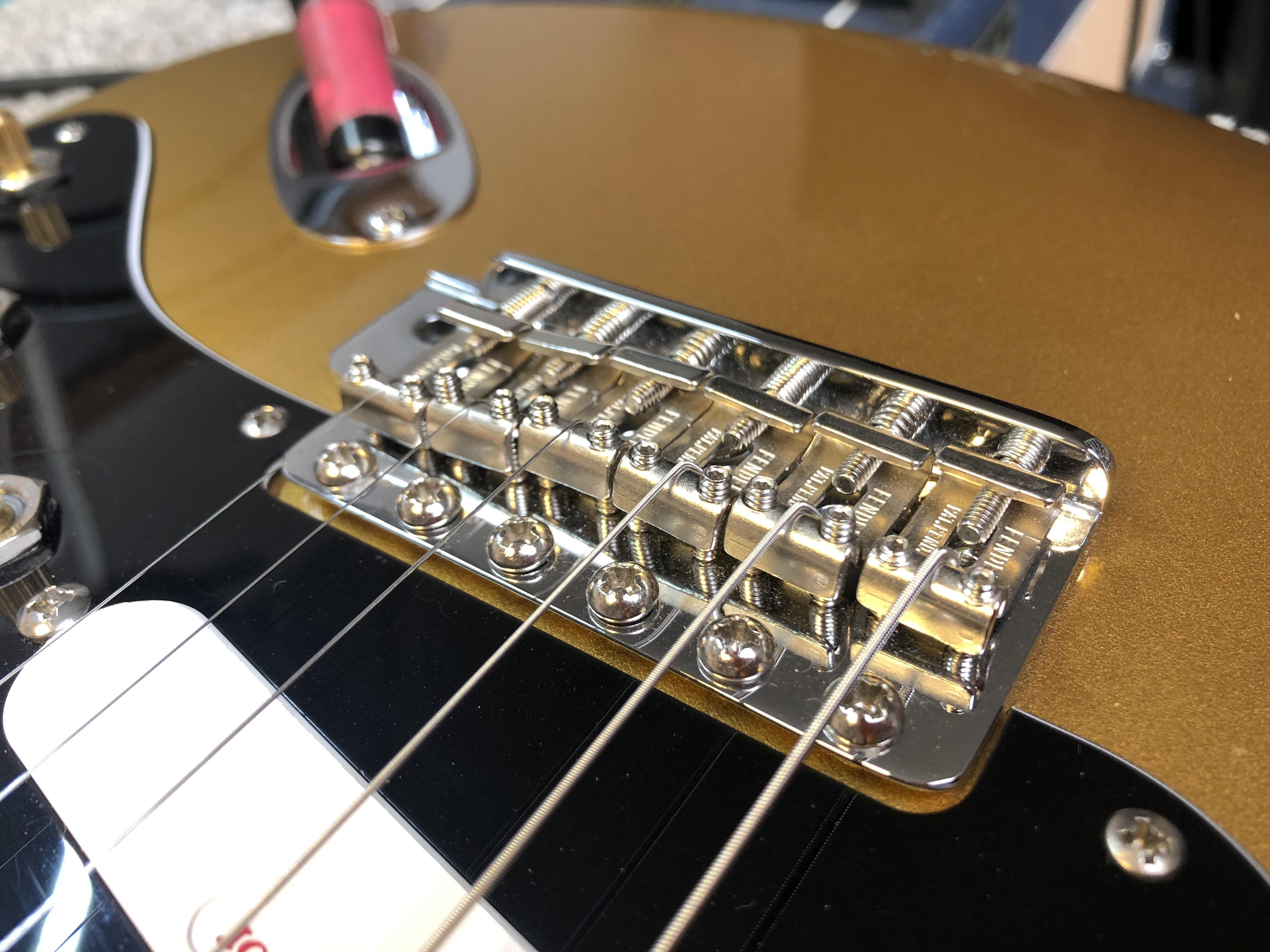 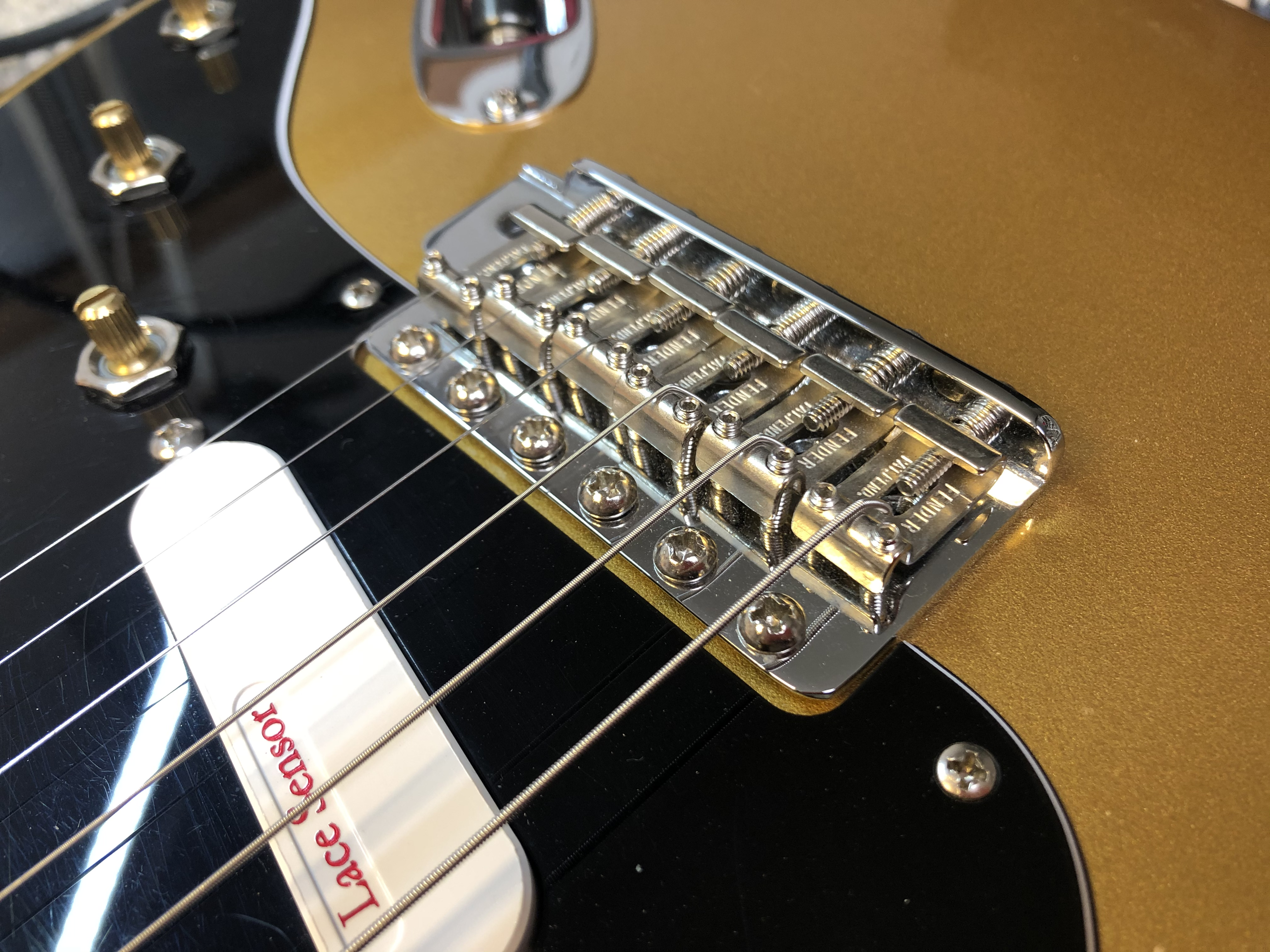 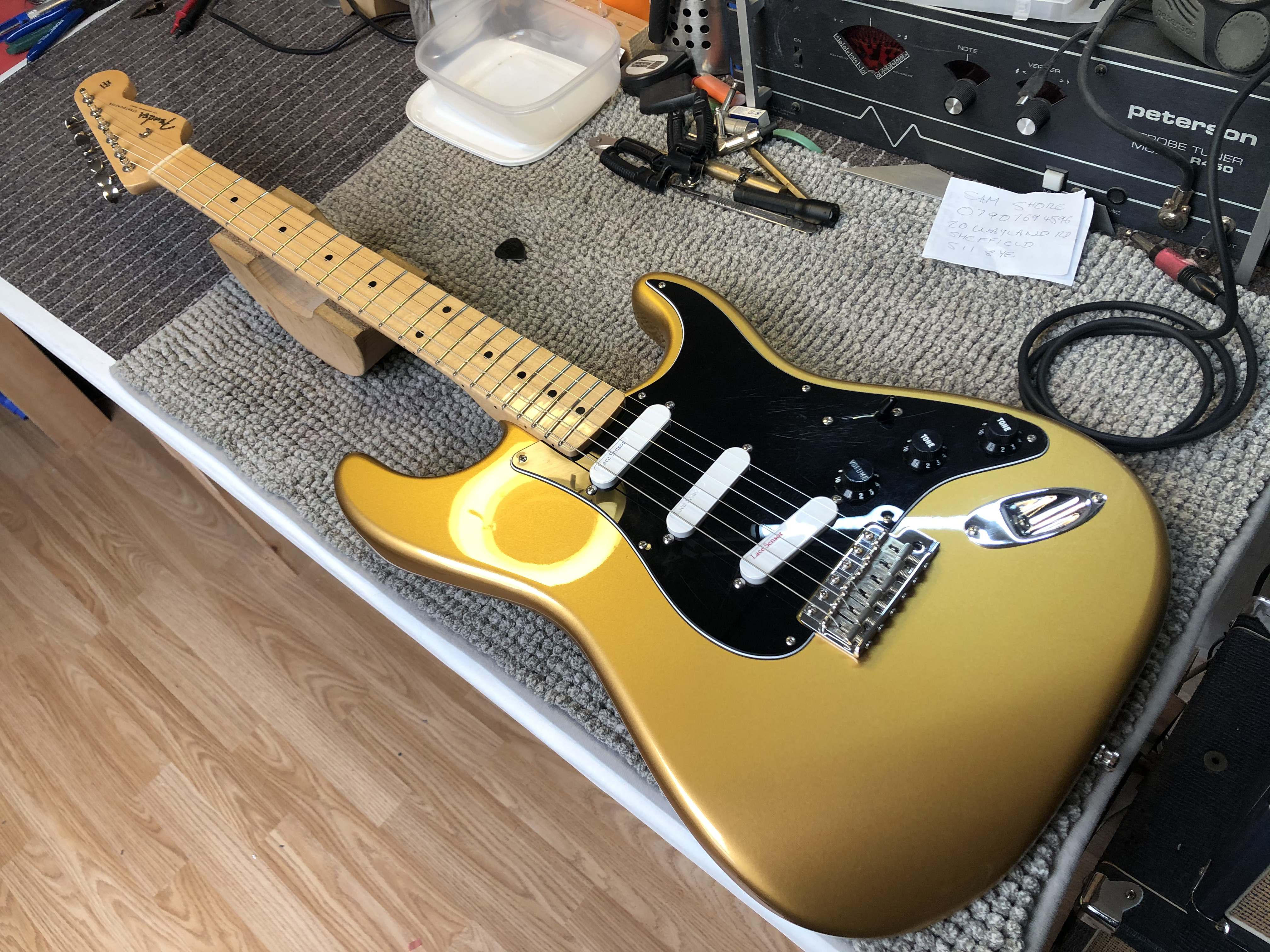