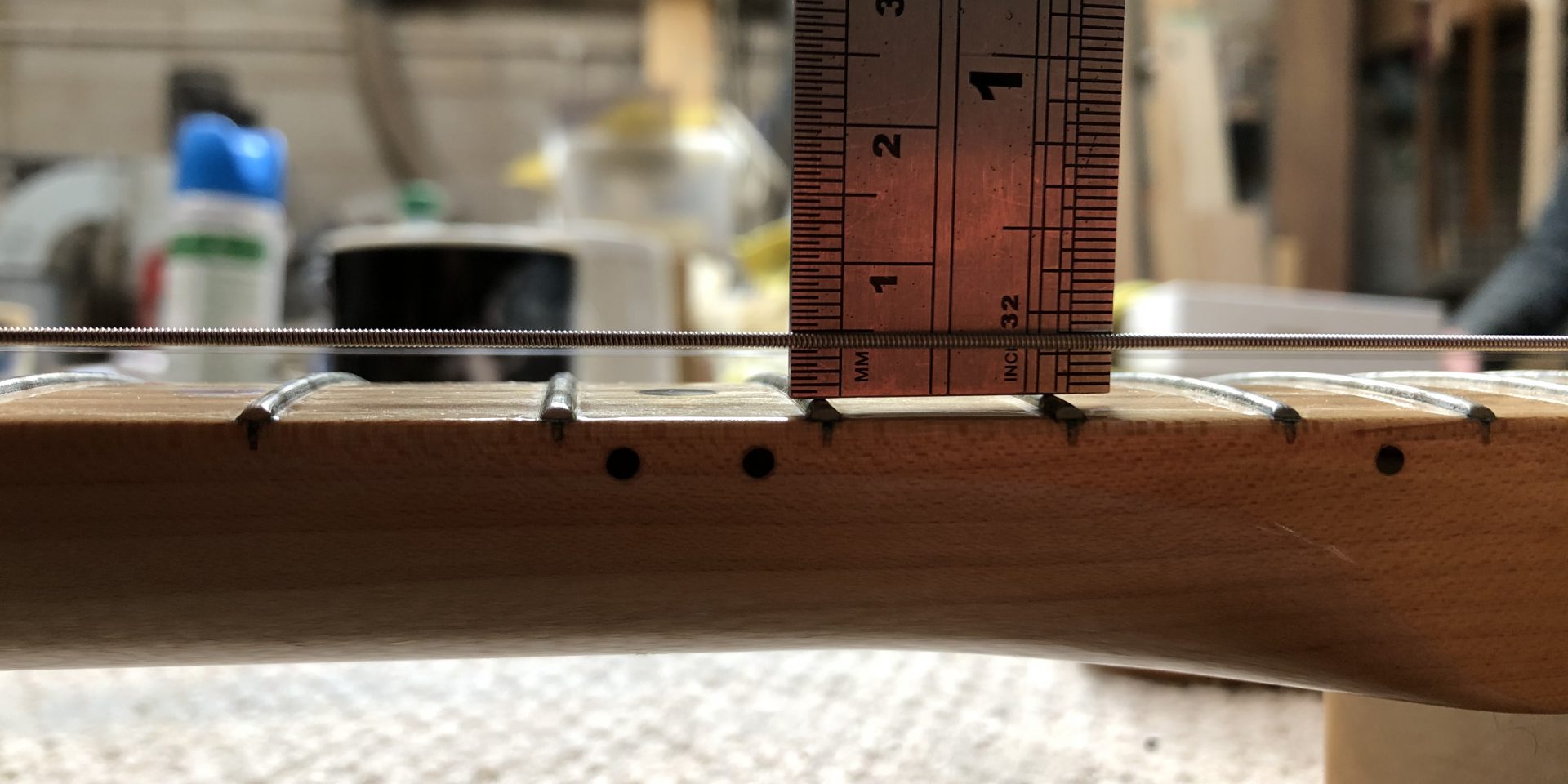 What I thought was going to be a straight forward setup didn’t work out. On first inspection I noticed some of the finish had come away on the headstock and there was areas on the body where the lacquer was delaminating. the neck also had a pretty bad bow in it I but I figured this would sorted in the setup. After speaking to the owner about the issues with the finish it became clear that the guitar had been stored in cold practise space, this was probably the cause of the lacquer coming away. Unfortunately another problem was that the bow in the neck couldn’t;t be pulled back by the truss rod.

I completed the setup the best I could and after adjustment to the nut height the guitar plays chords well and the action was improved from where it was when it came to me. The main issues are when you go above the 12th fret where it chokes a bit. There only thing to do would be replace the neck or maybe re-fret is try to level the board. 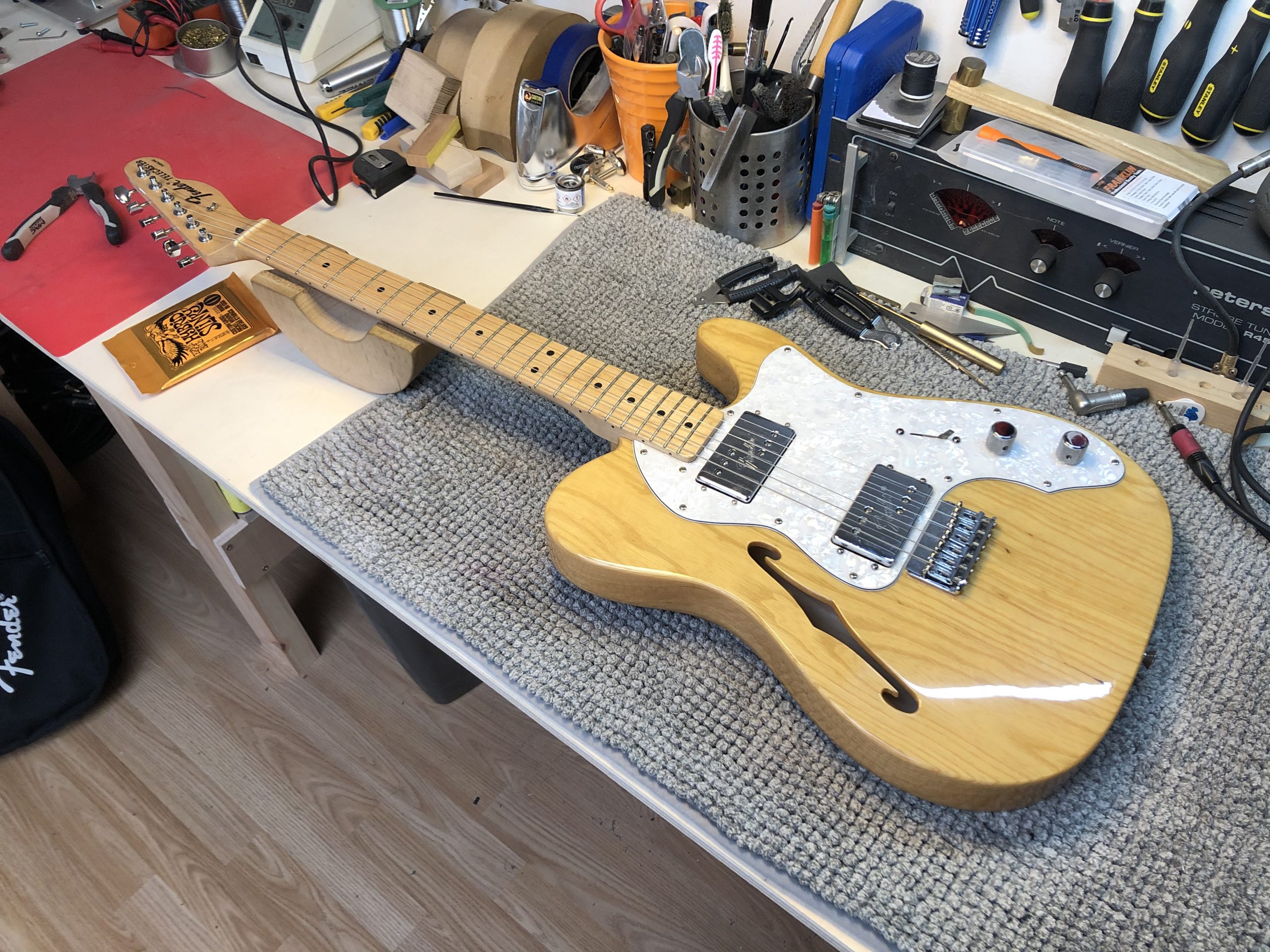 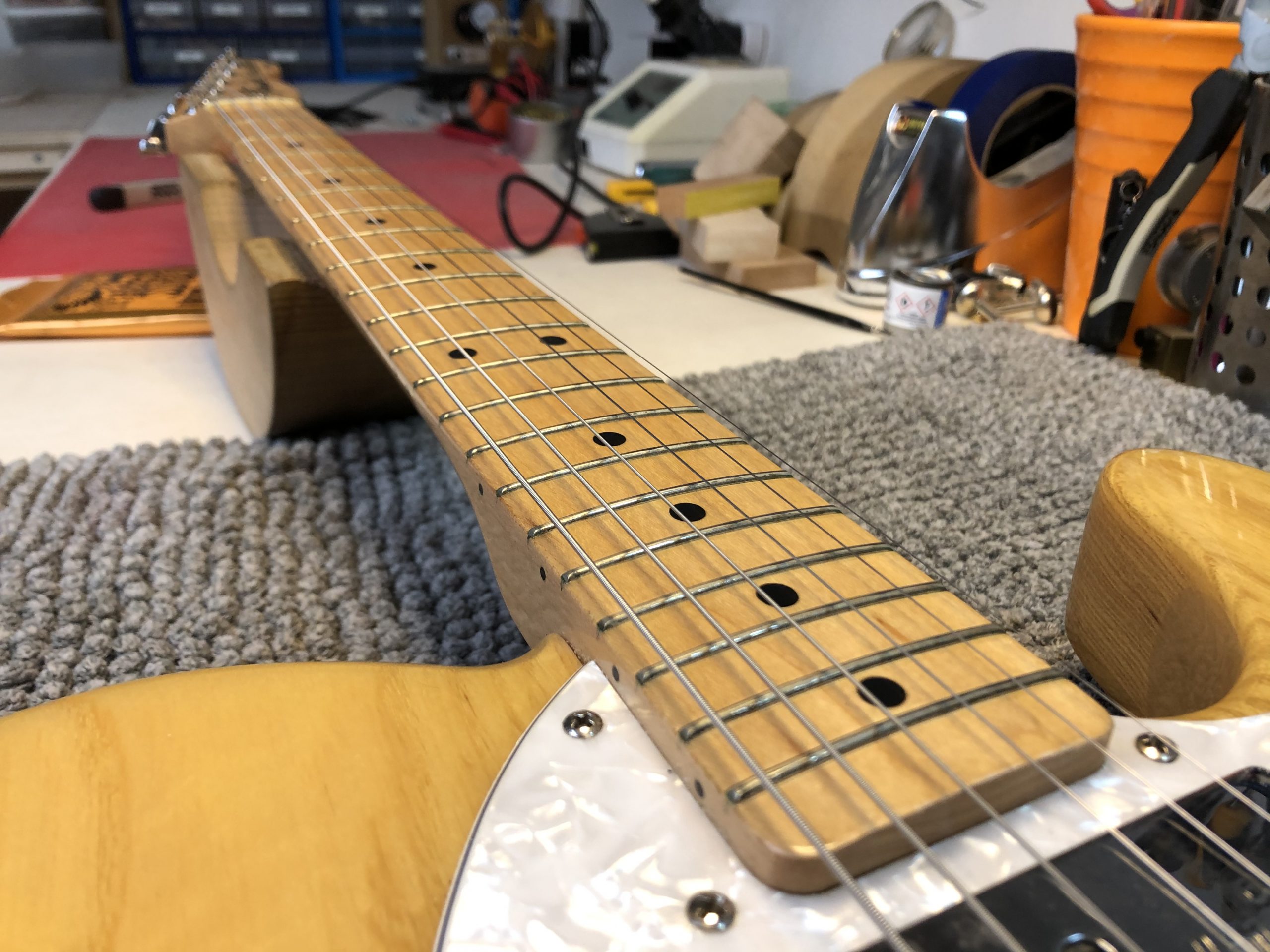 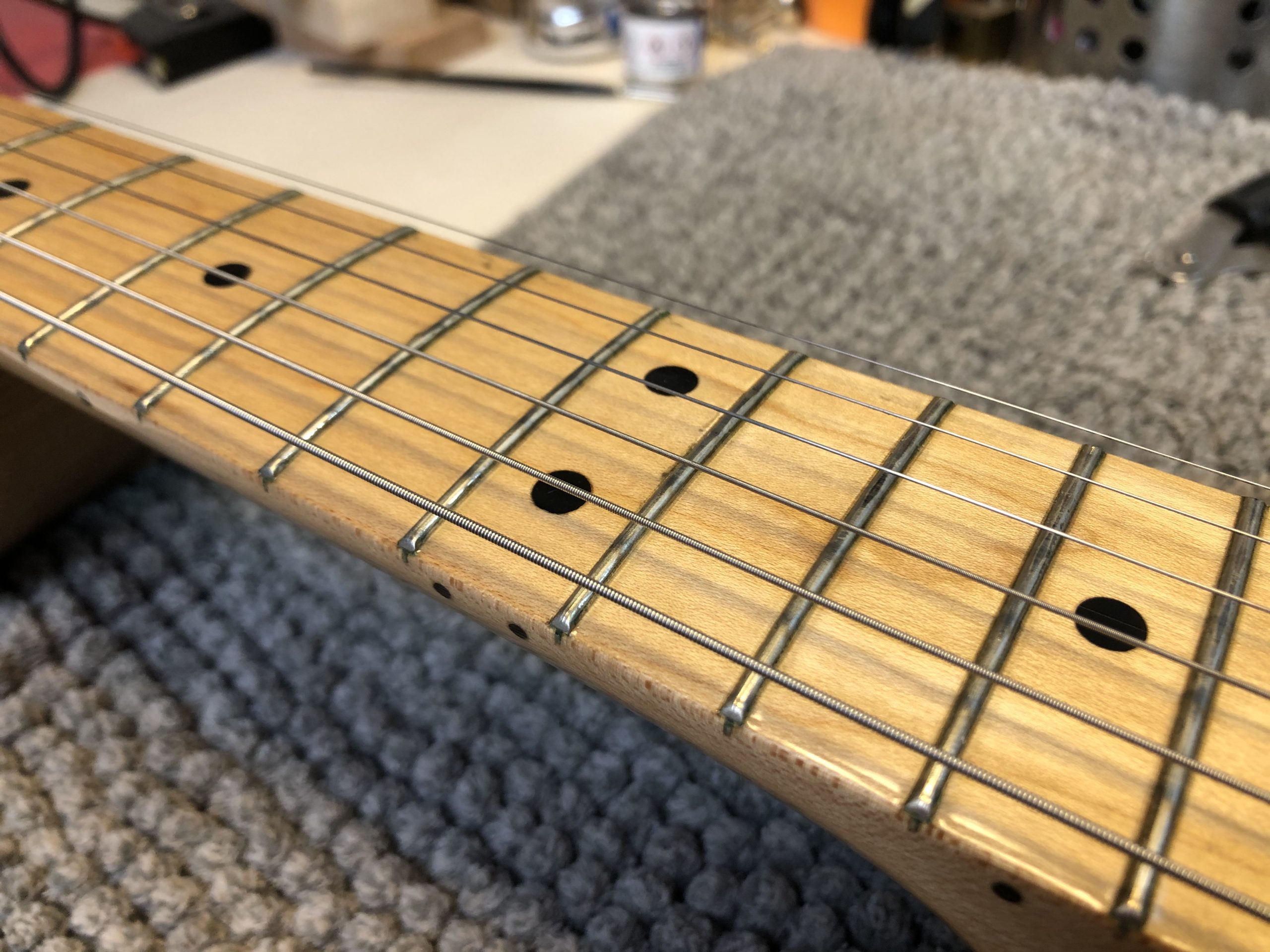 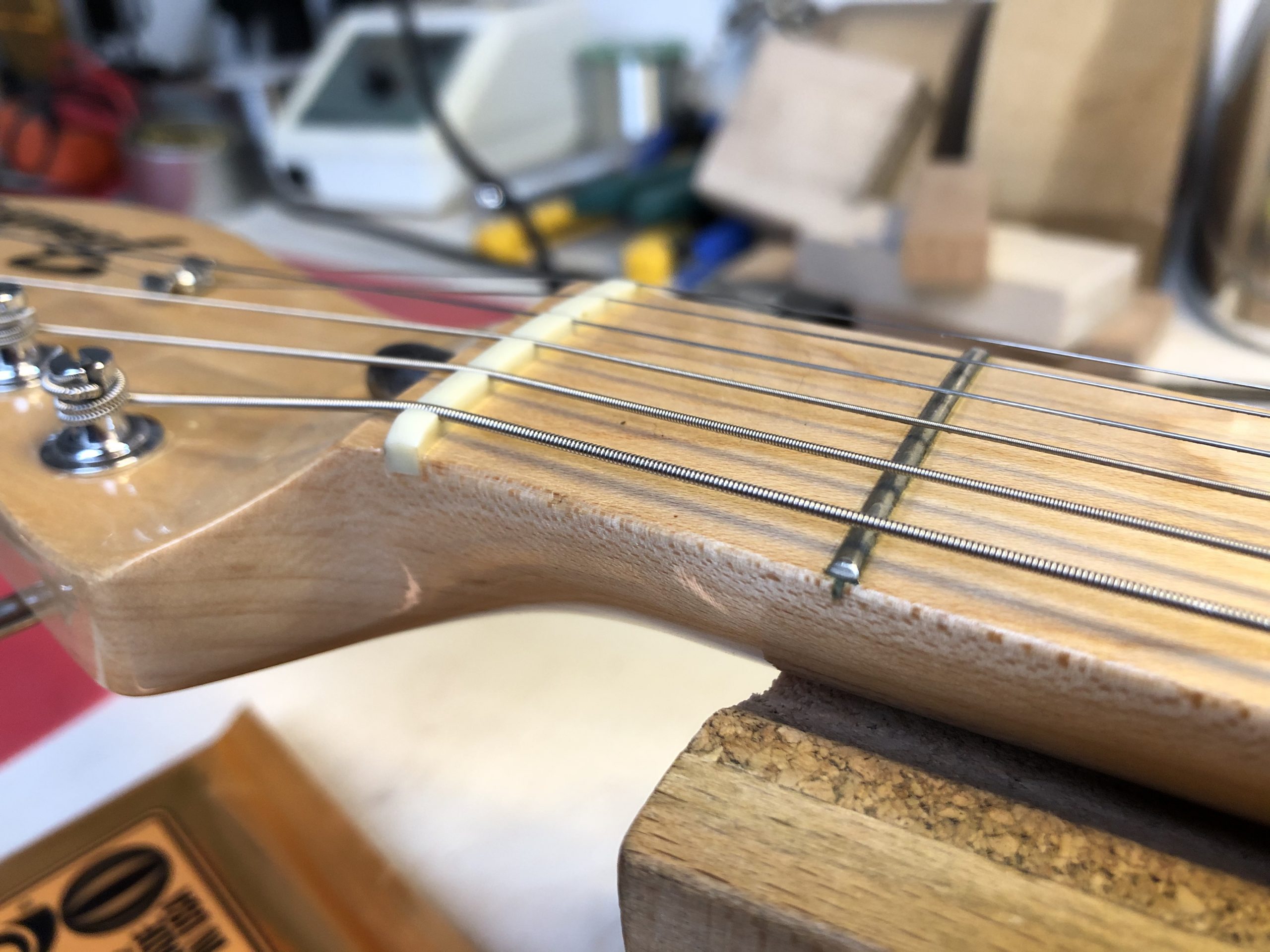 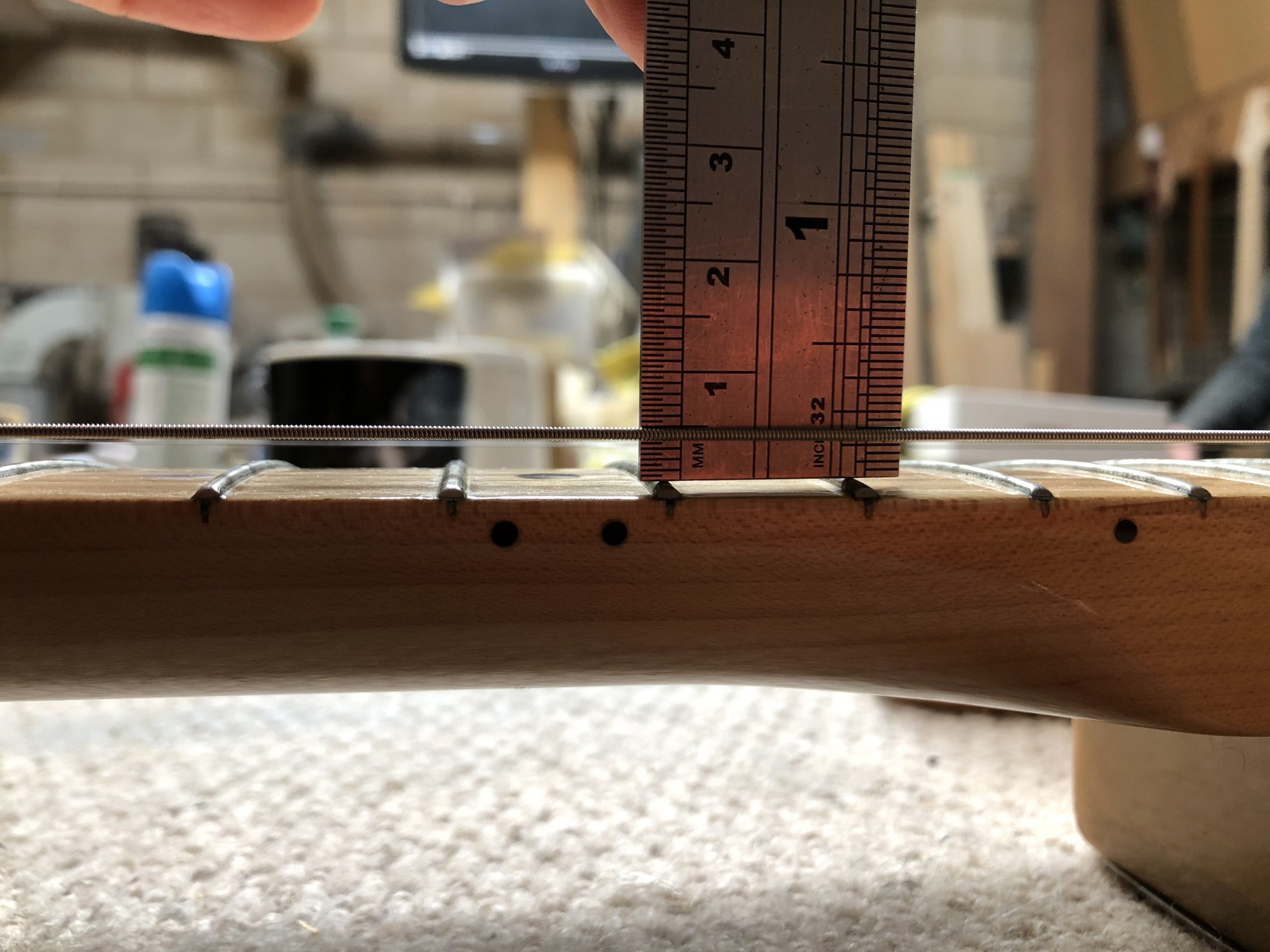 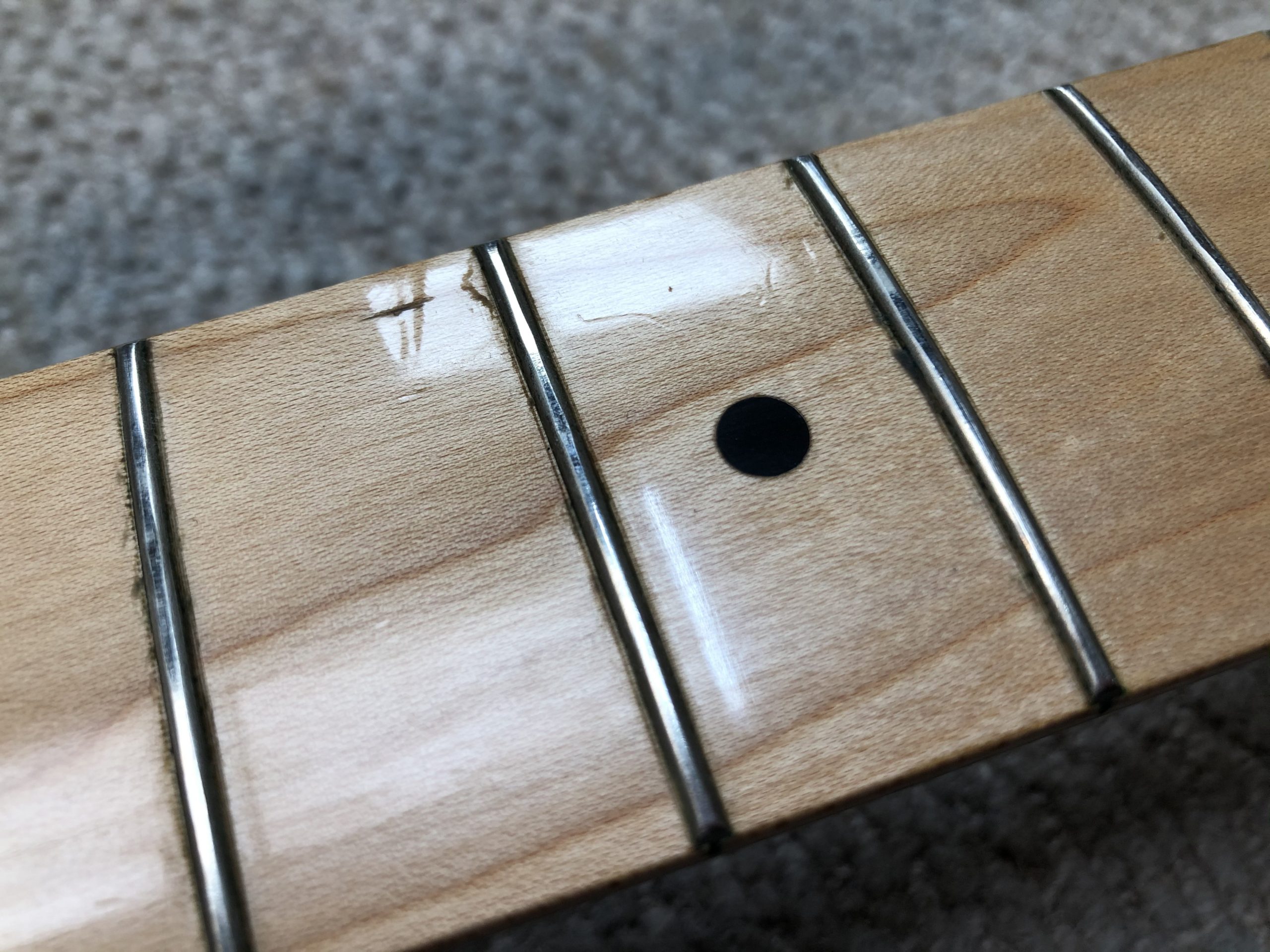 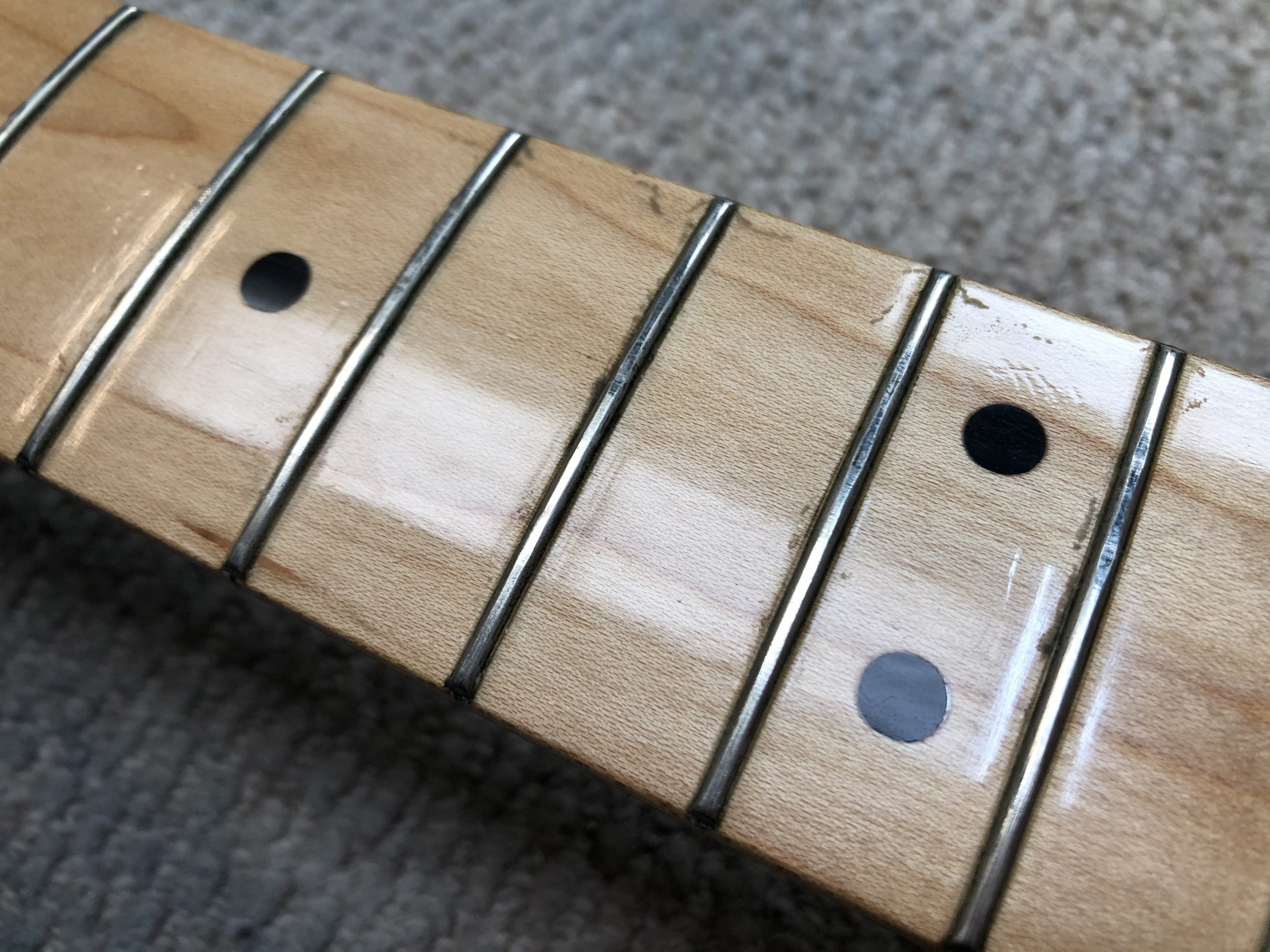 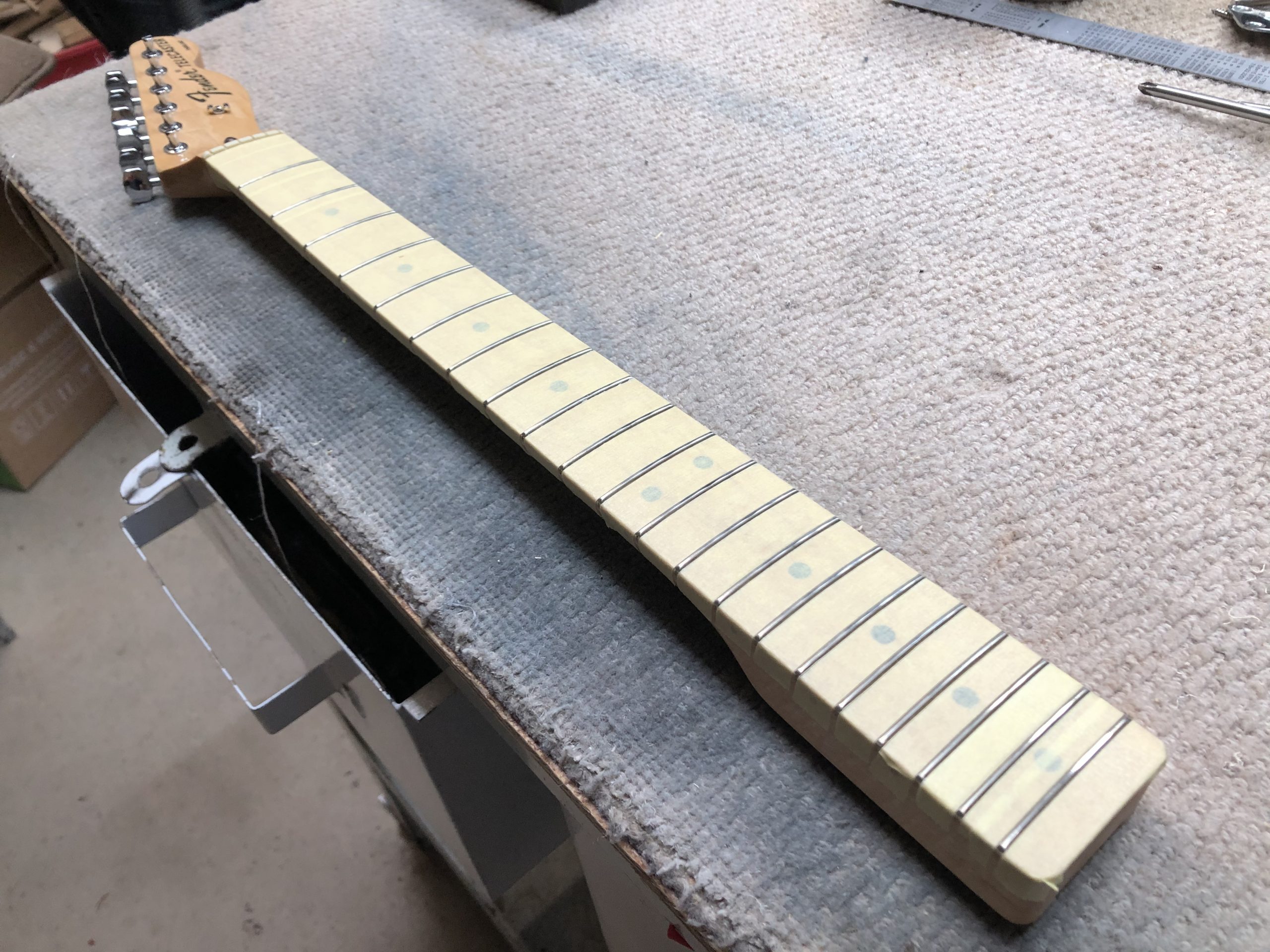 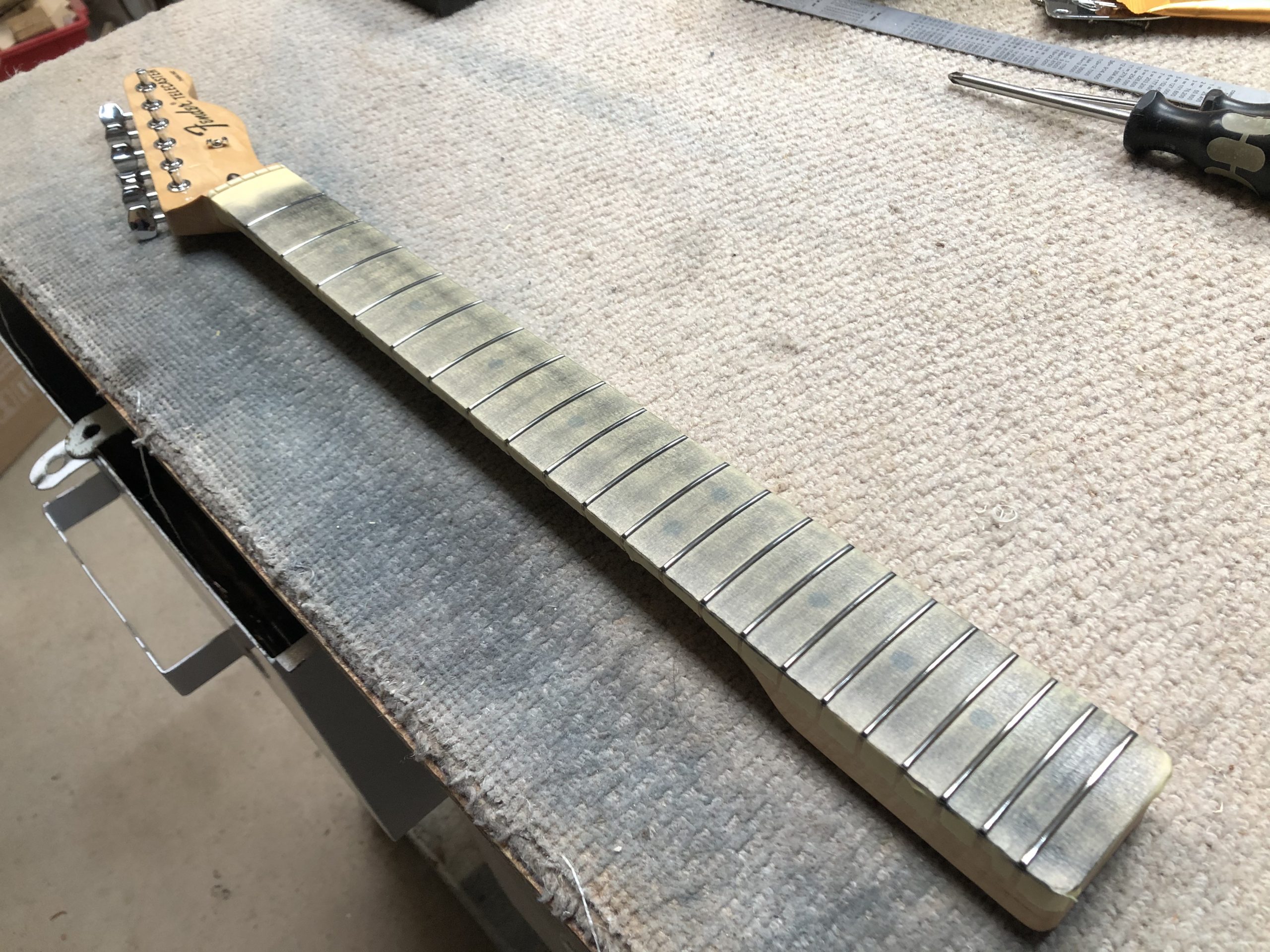 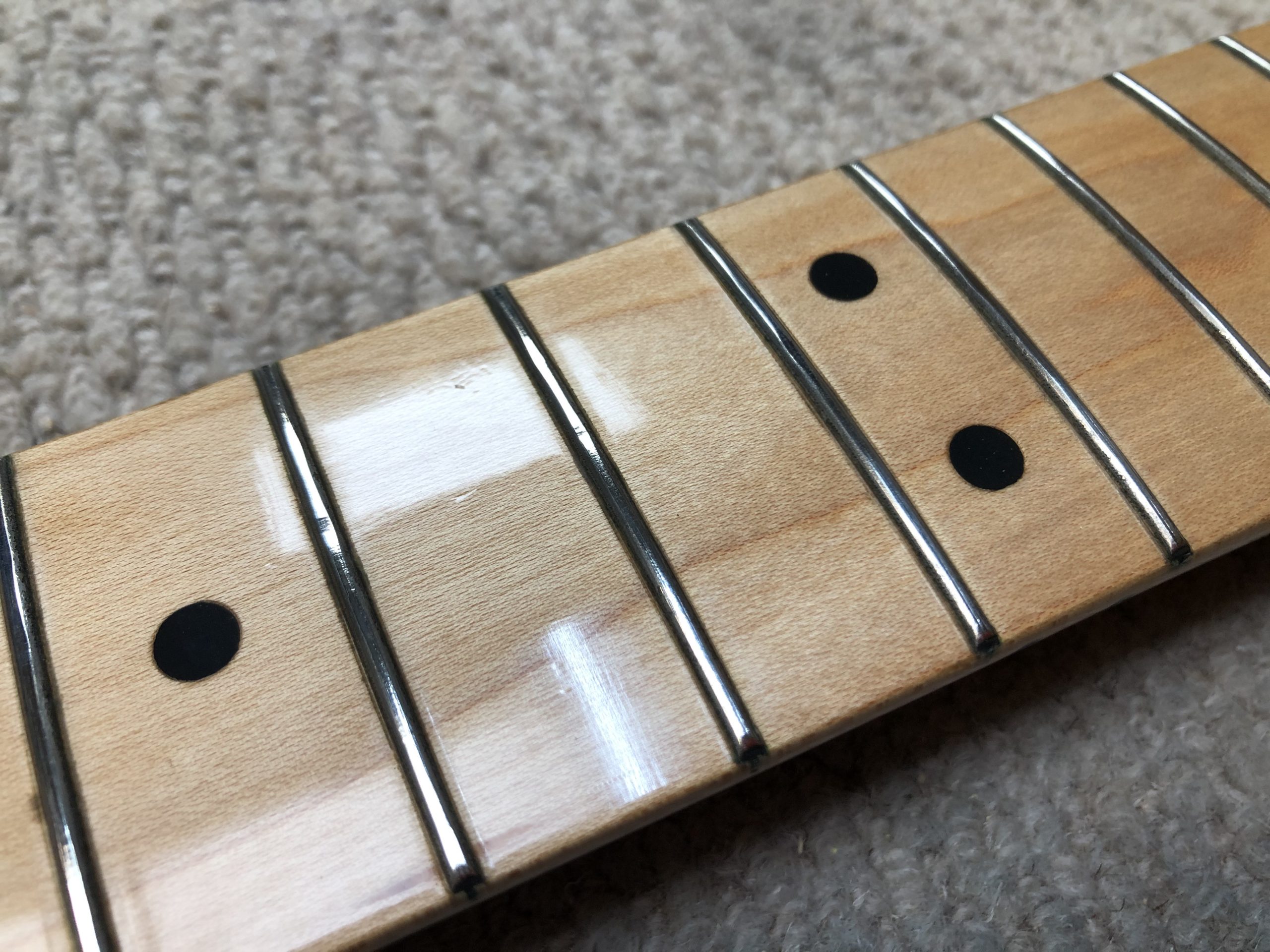 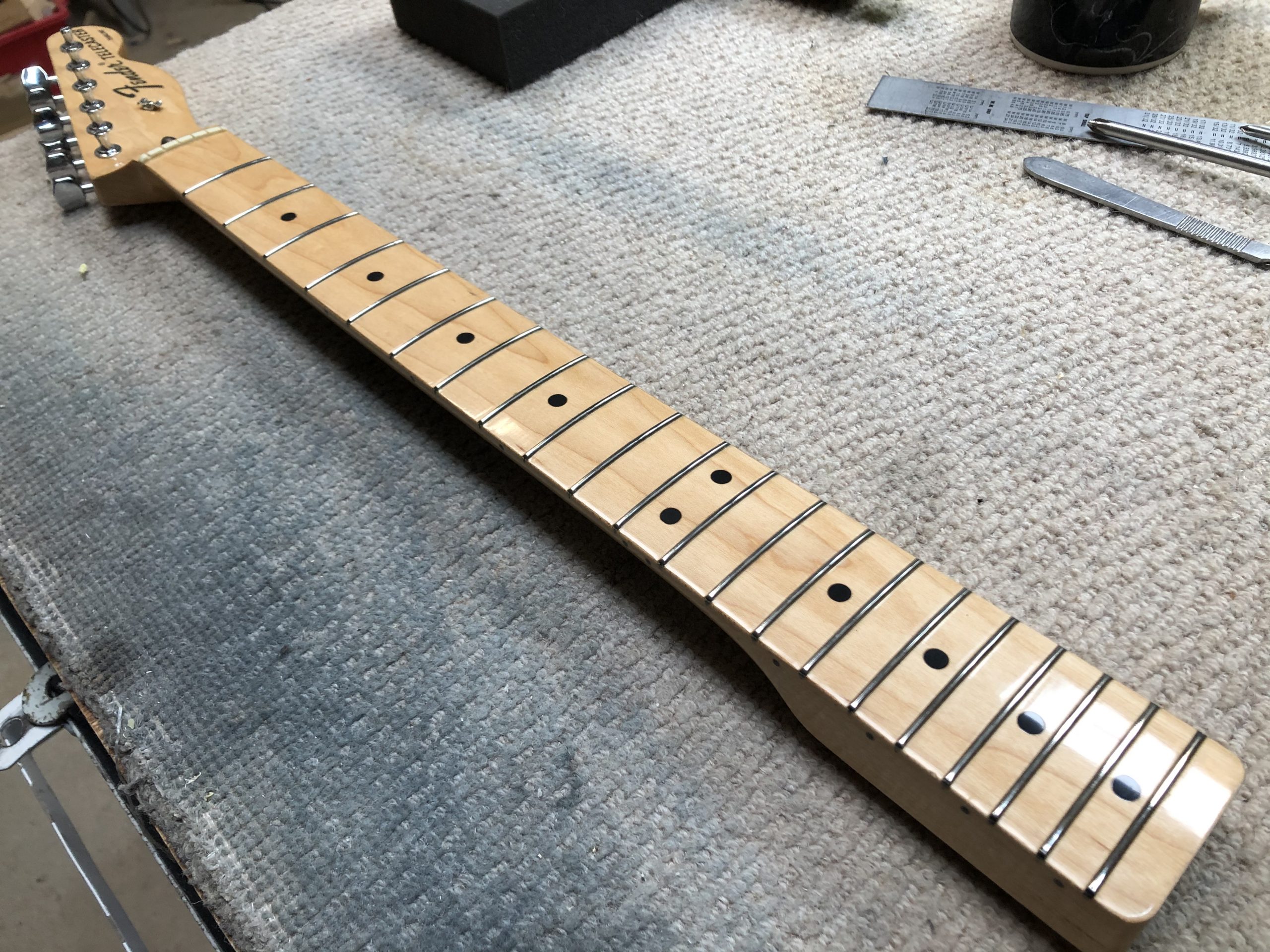 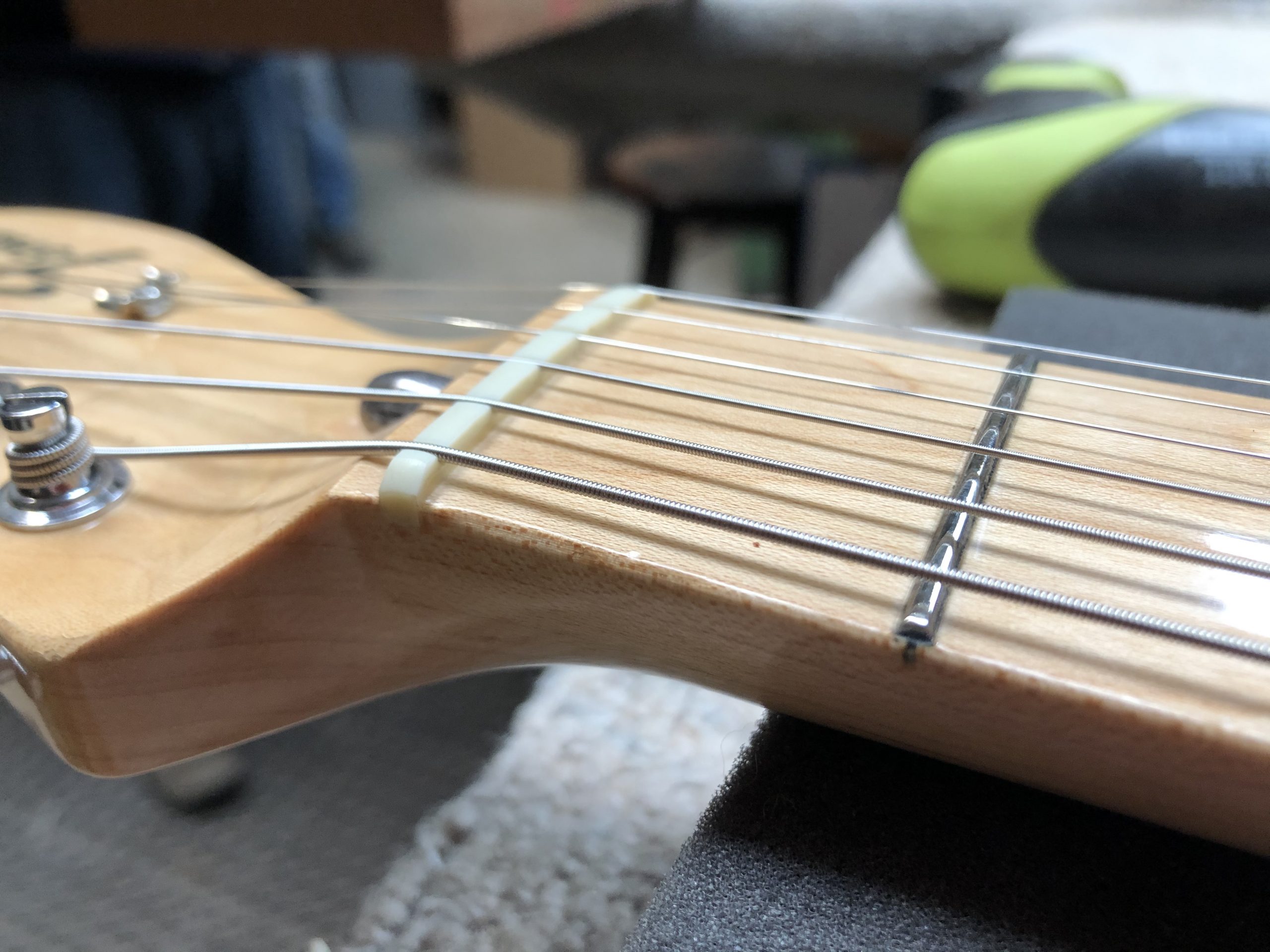 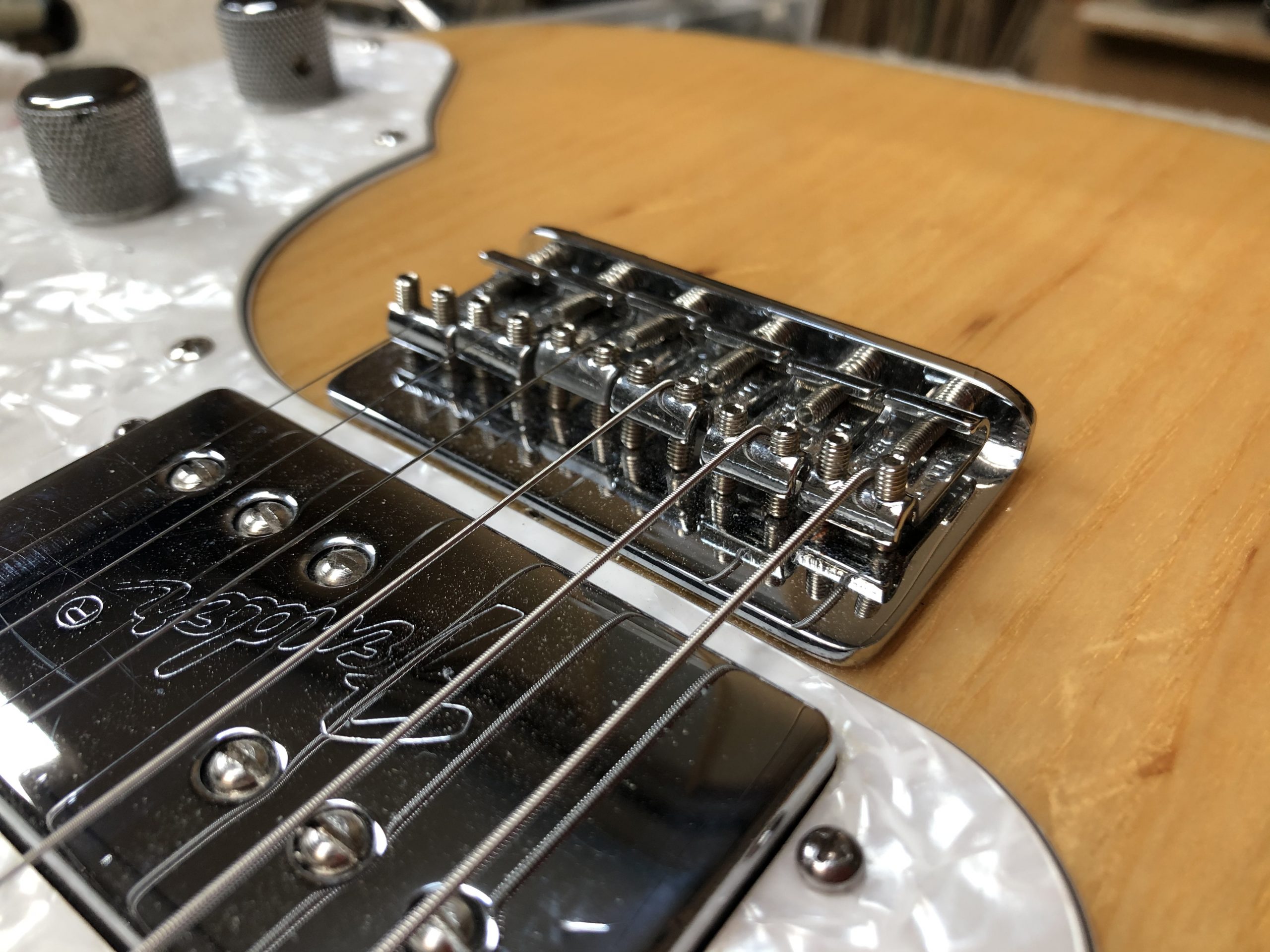 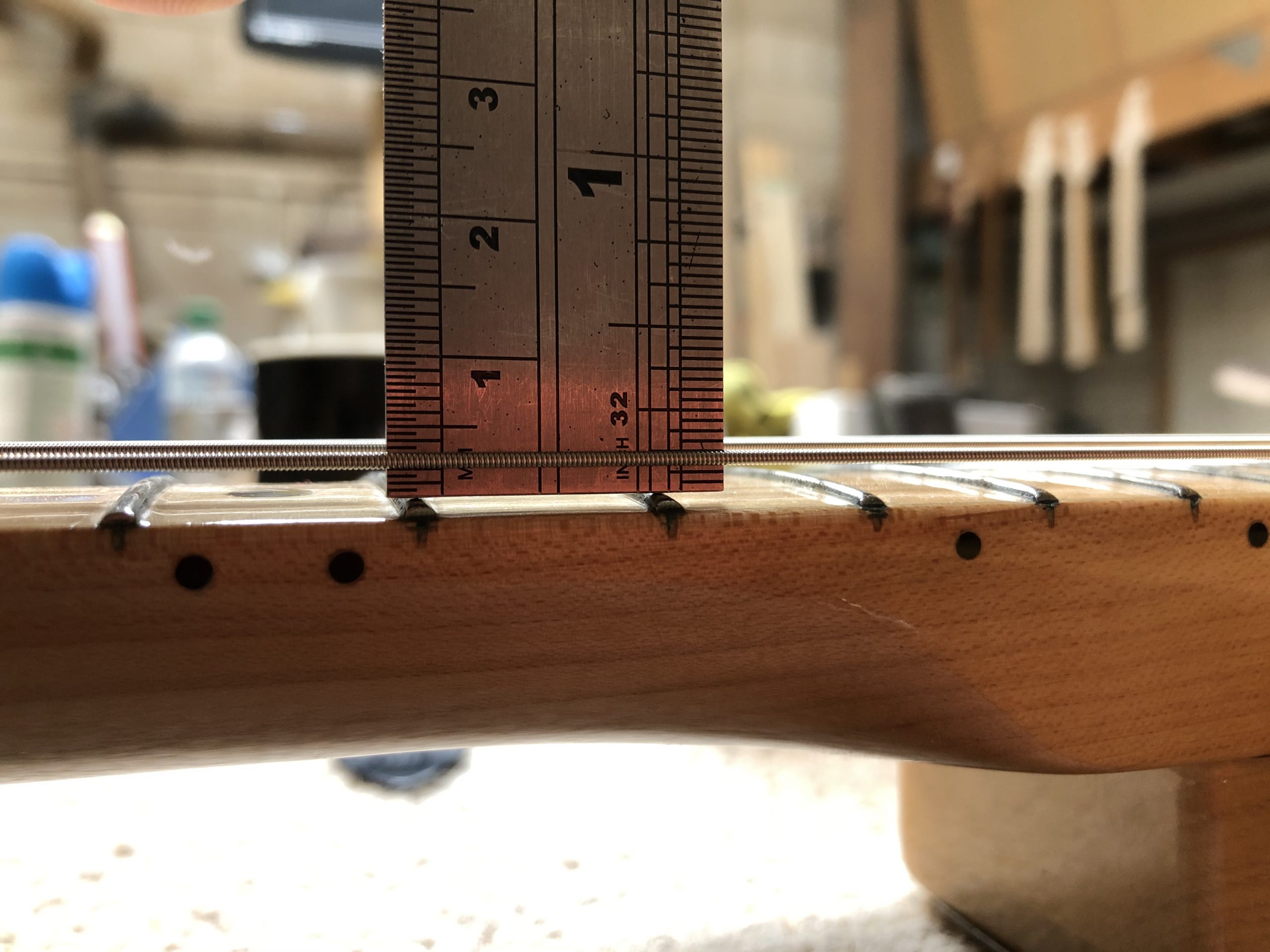 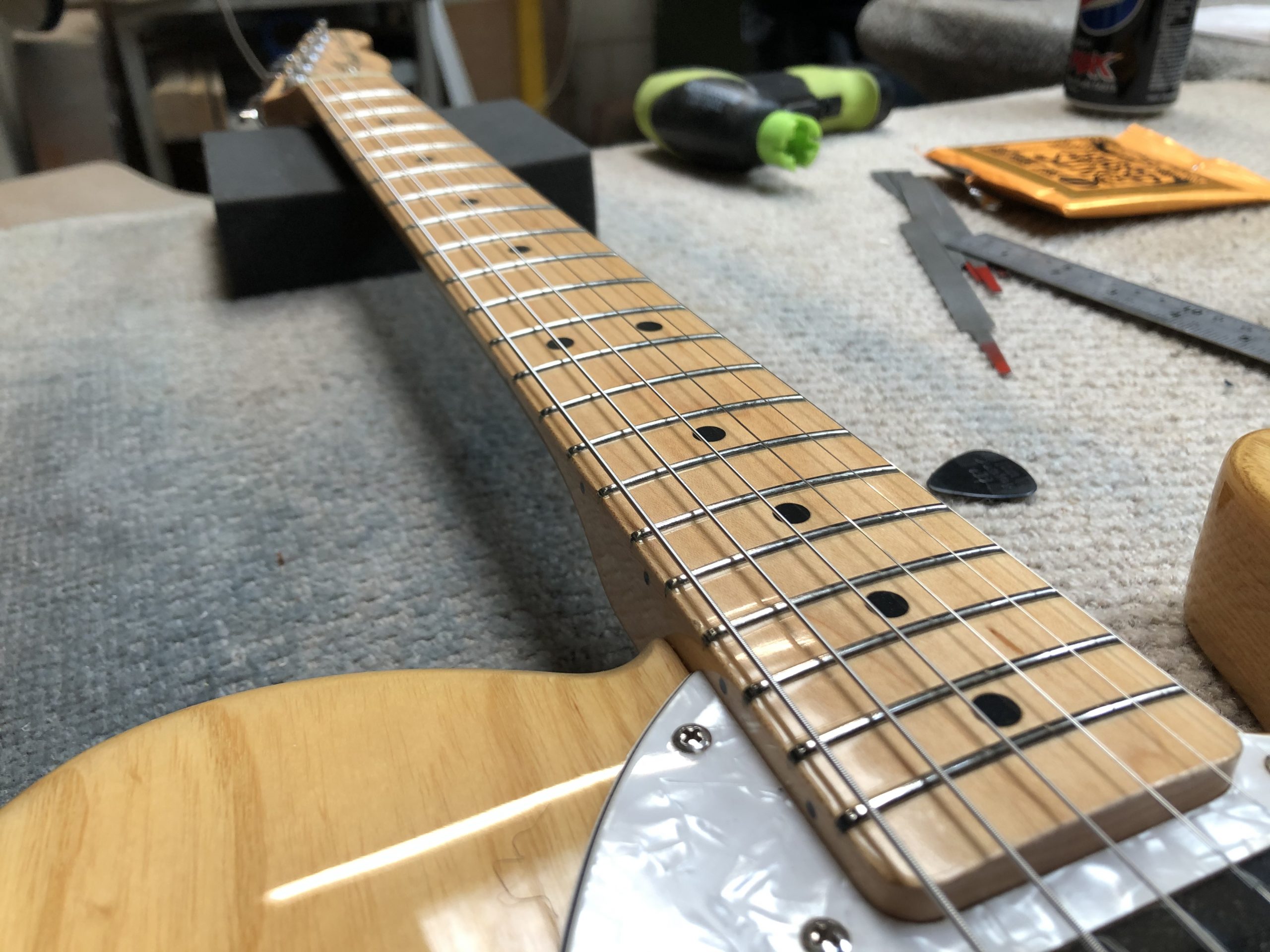 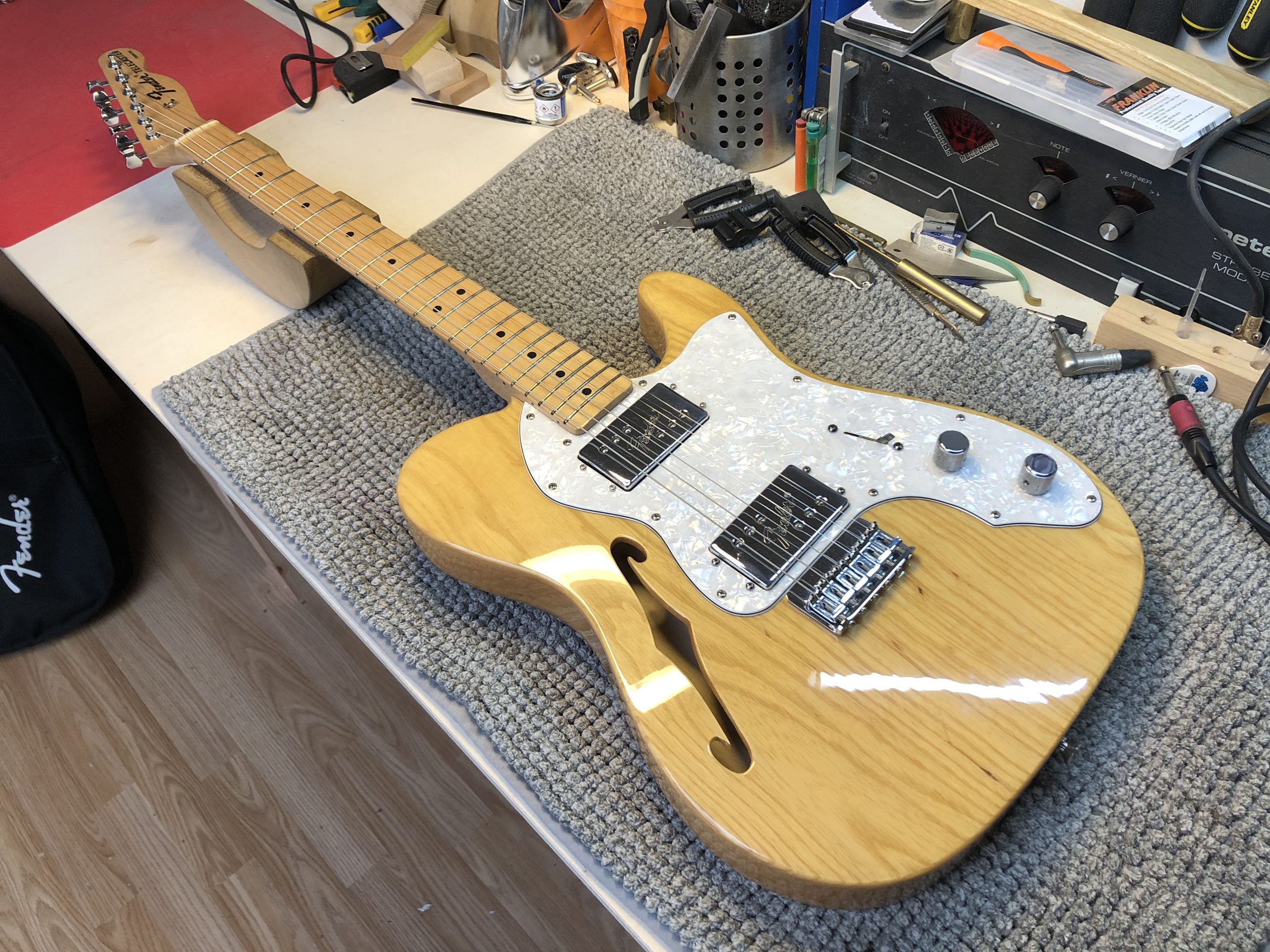