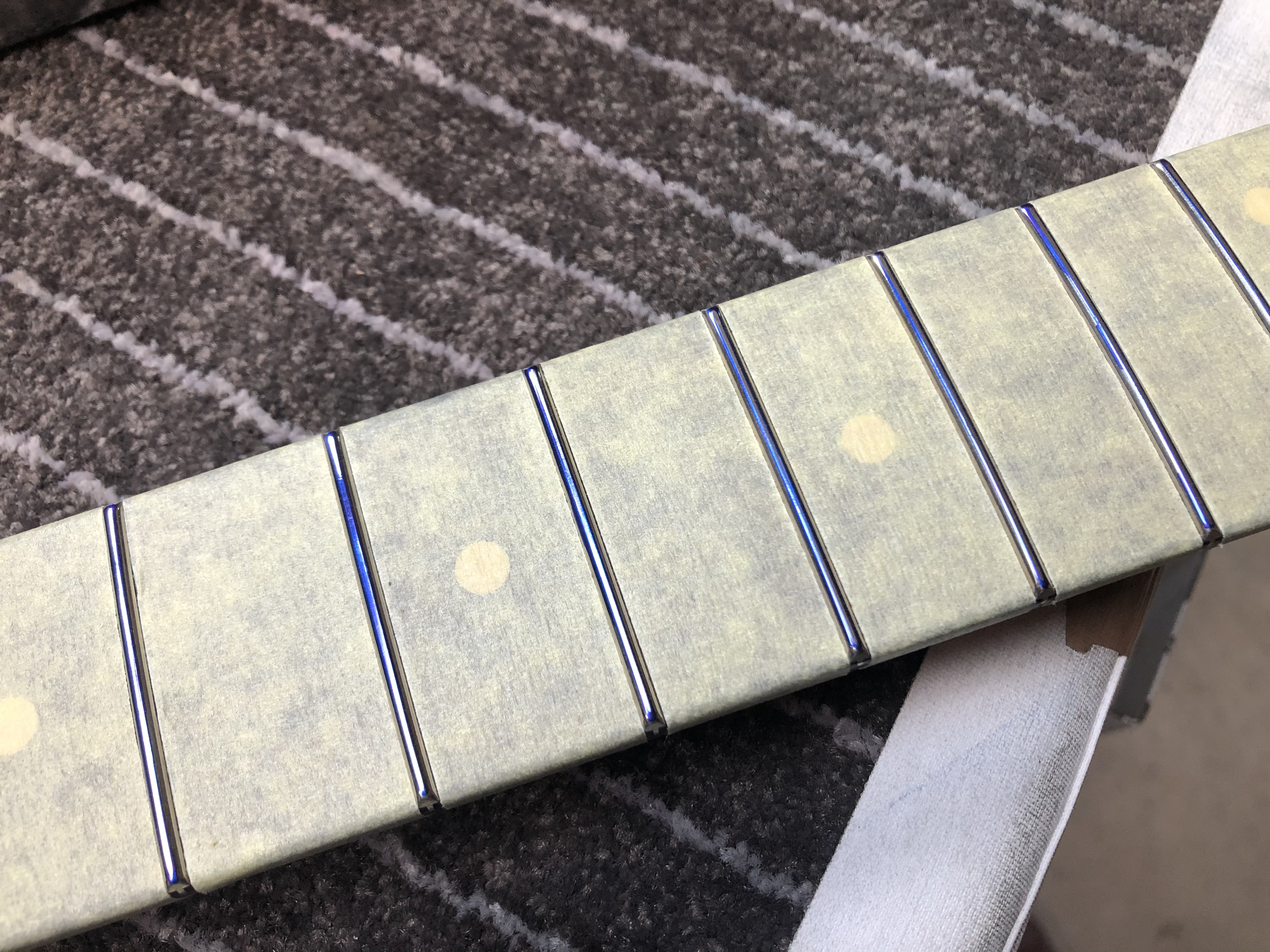 The owner of this brand new guitar had a few issues with it. This was in fact the second guitar they’d got after they’d been round the houses a bit trying to get the setup right, as apparently there was some terrible fret buzz. Eventually the shop agreed to swap the guitar and it was brought to me, as this still had the same issue.

On inspection, the nut was cut to high (which si normal for a new guitar) and the neck was way too straight in my opinion. I was aware of some buzz though that surprised me and when I checked the frets I found some high points.

I gave the guitar a fret level and re-crown and set it up with 11’s at the owners request and added a spring to the trem as they like it flat to the body. He didn’t mention that it was the wrong way round so I figured he must be ok with it. 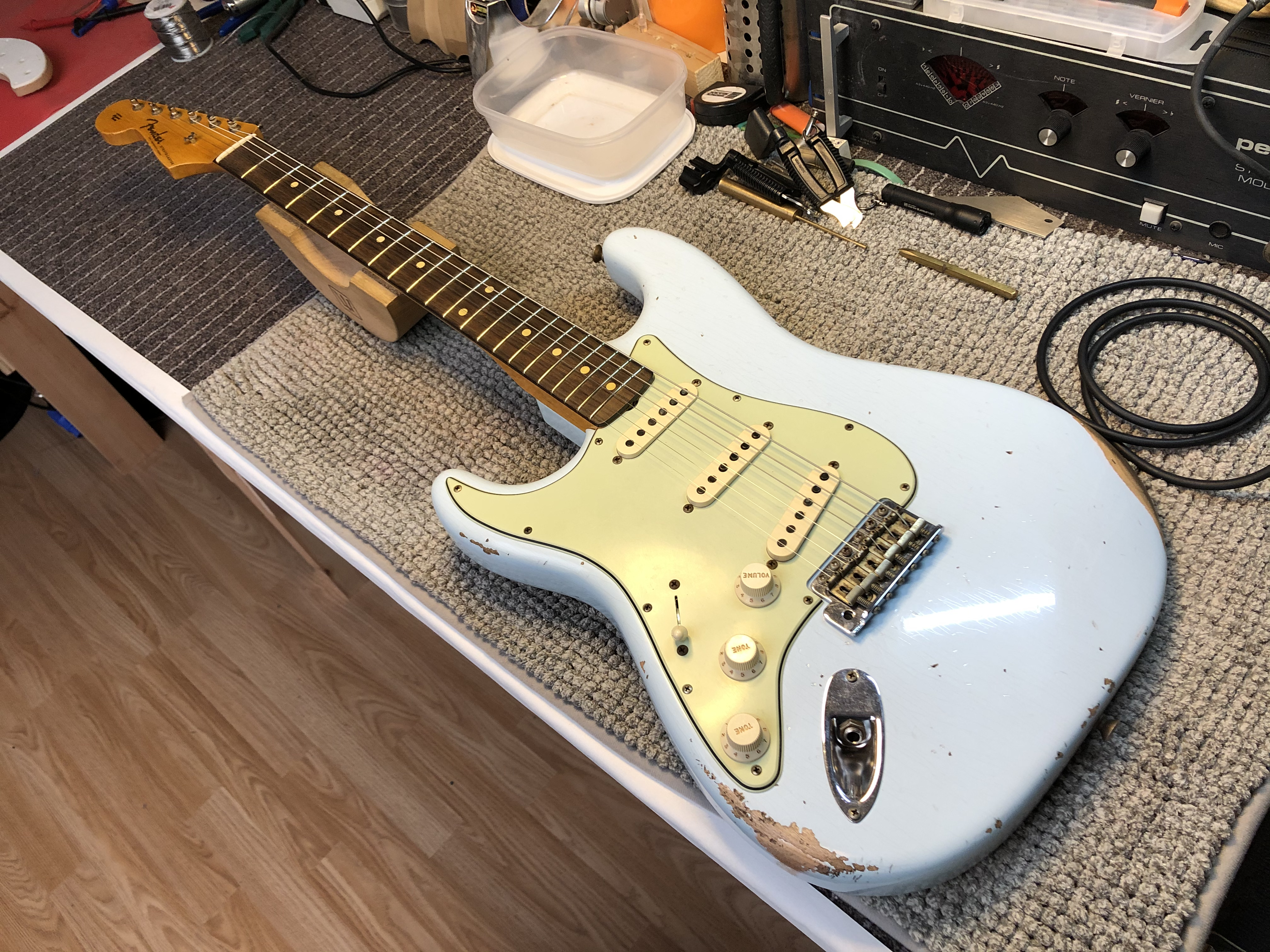 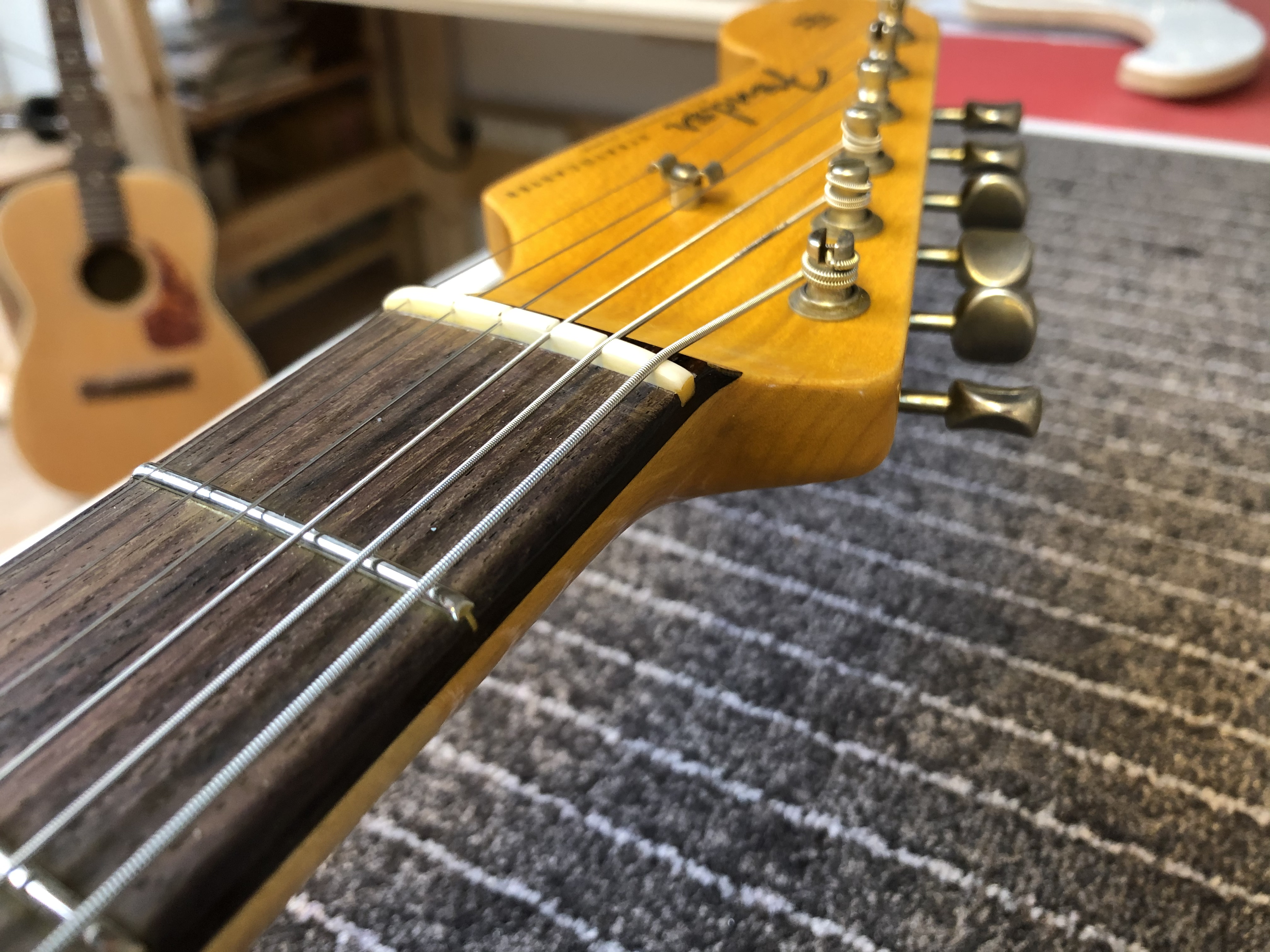 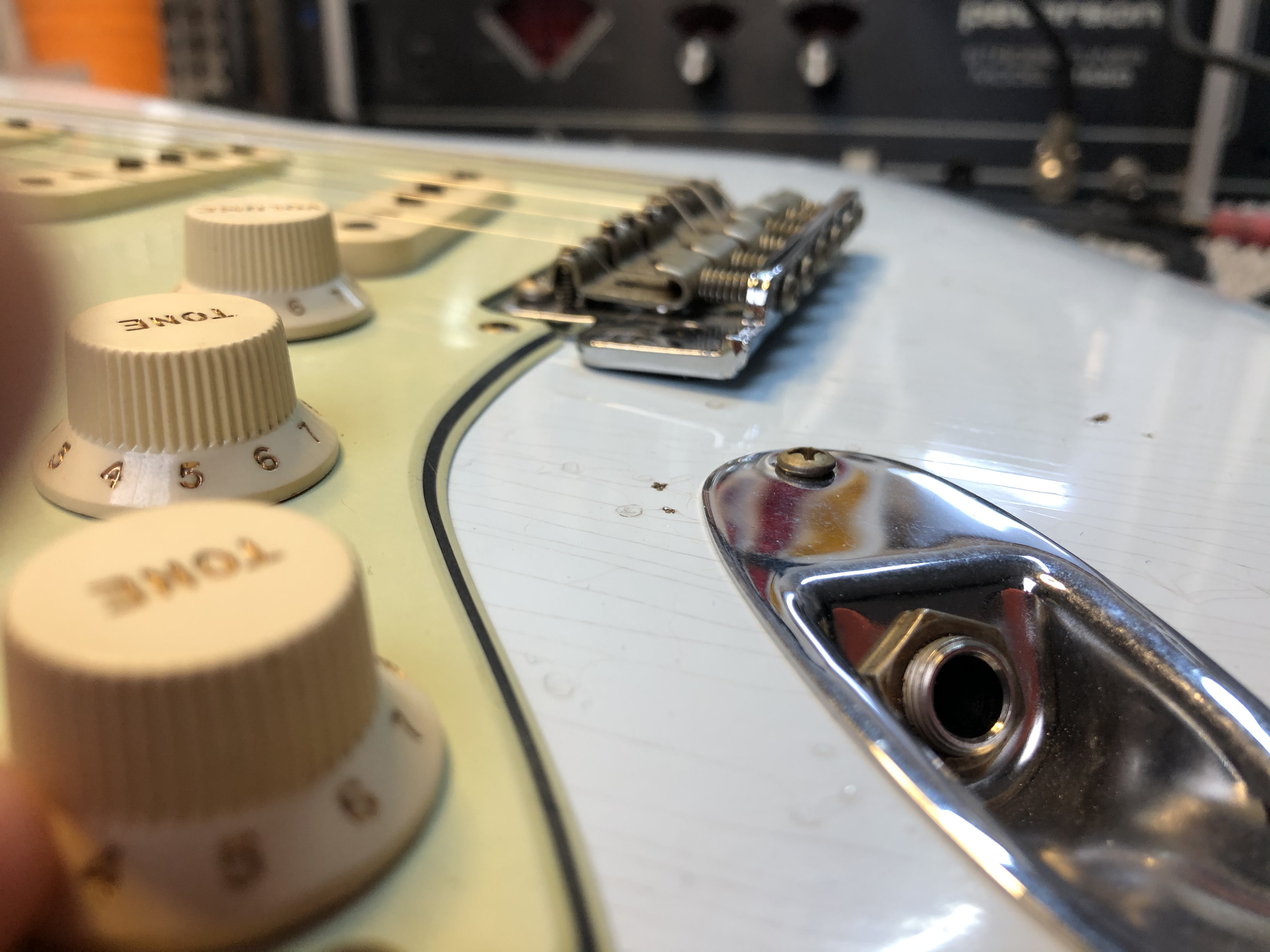 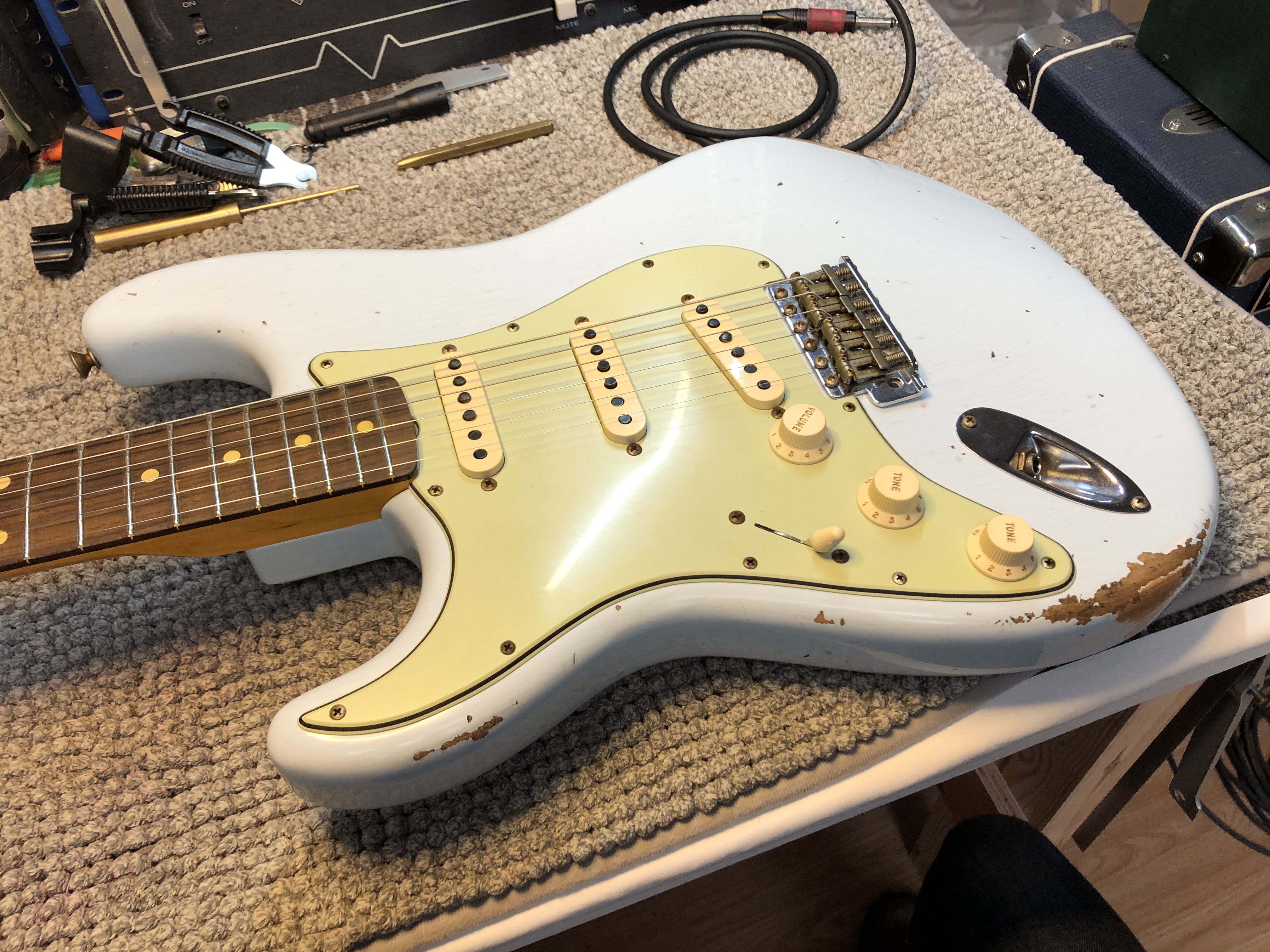 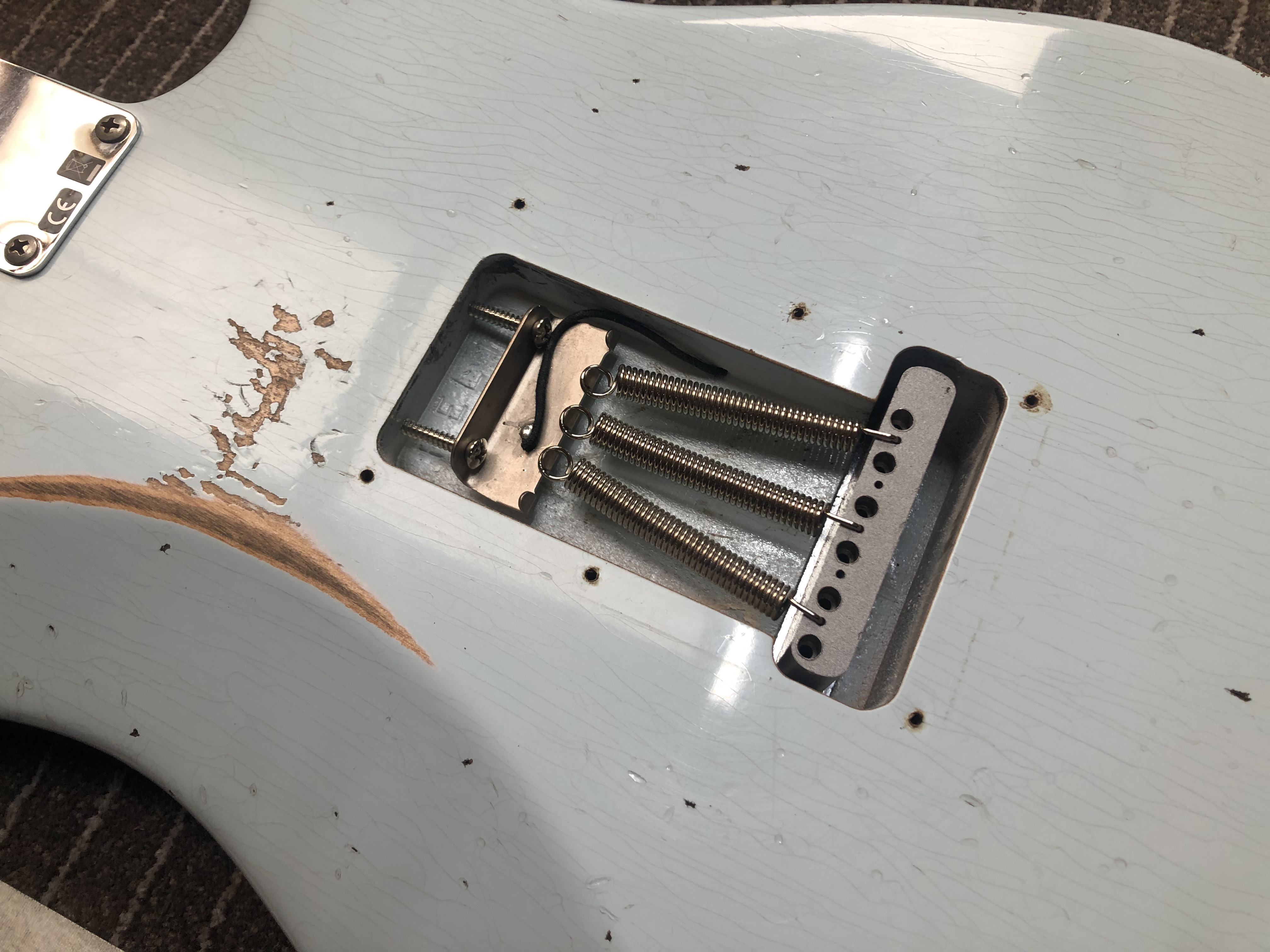 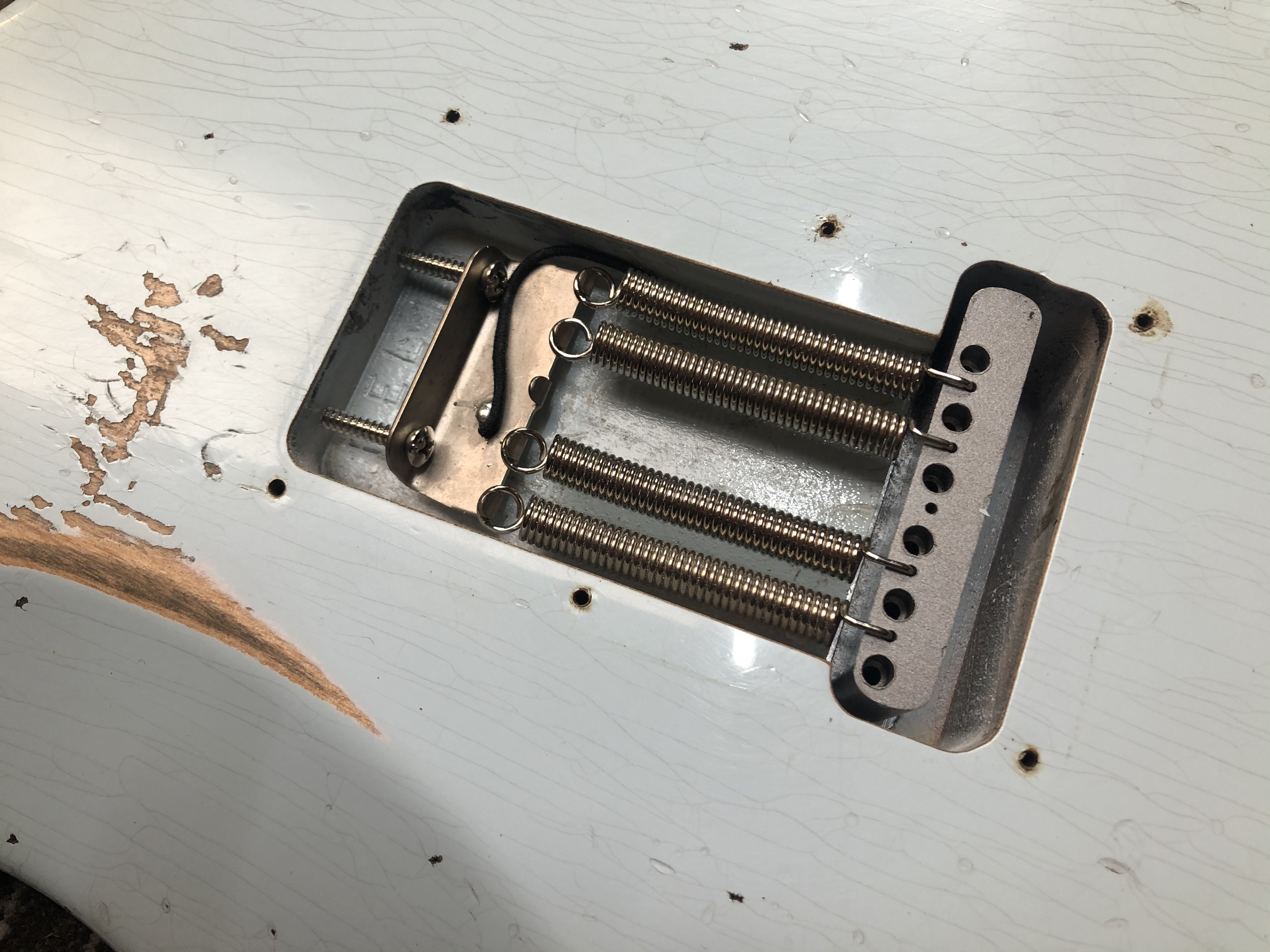 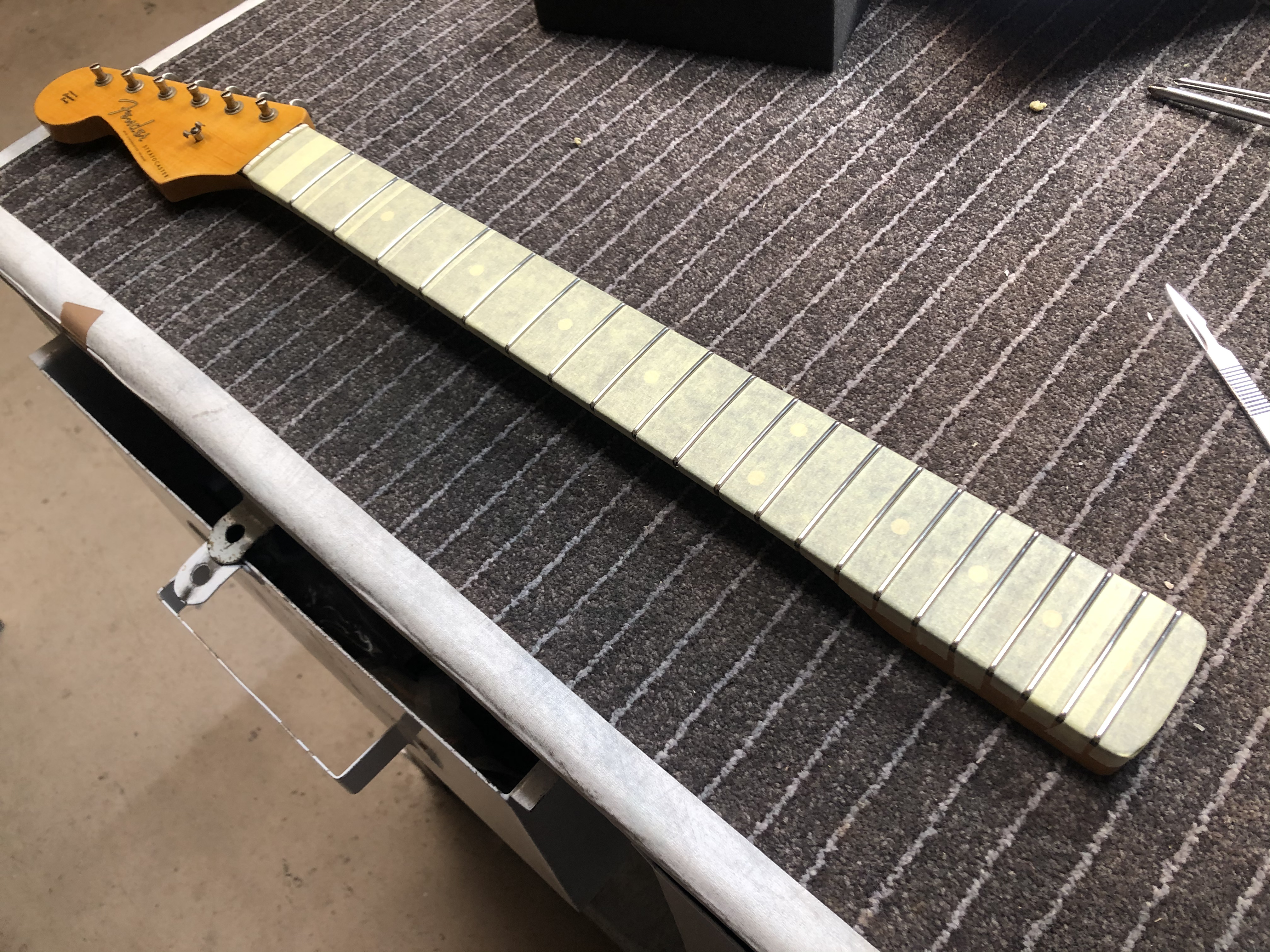 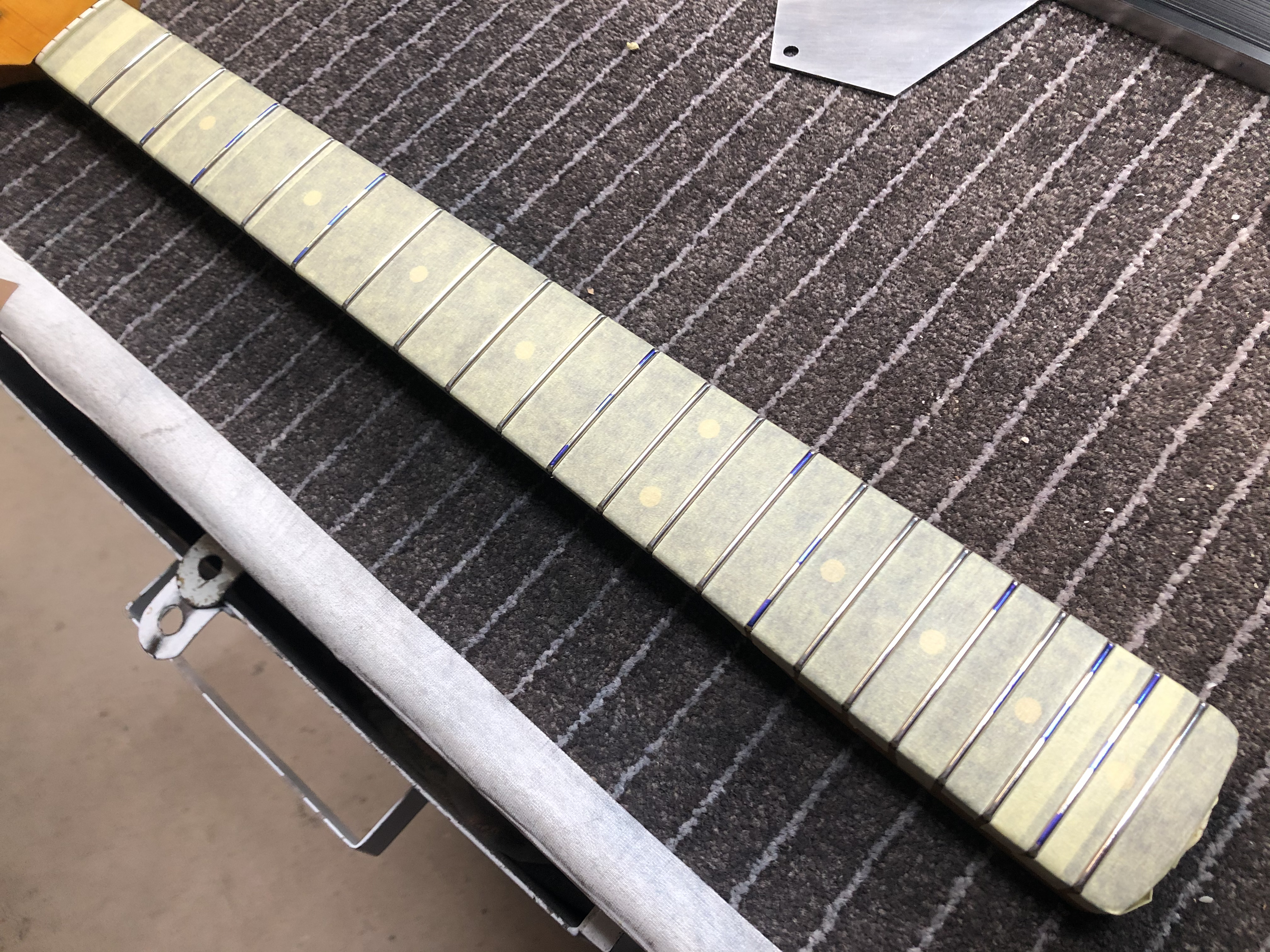 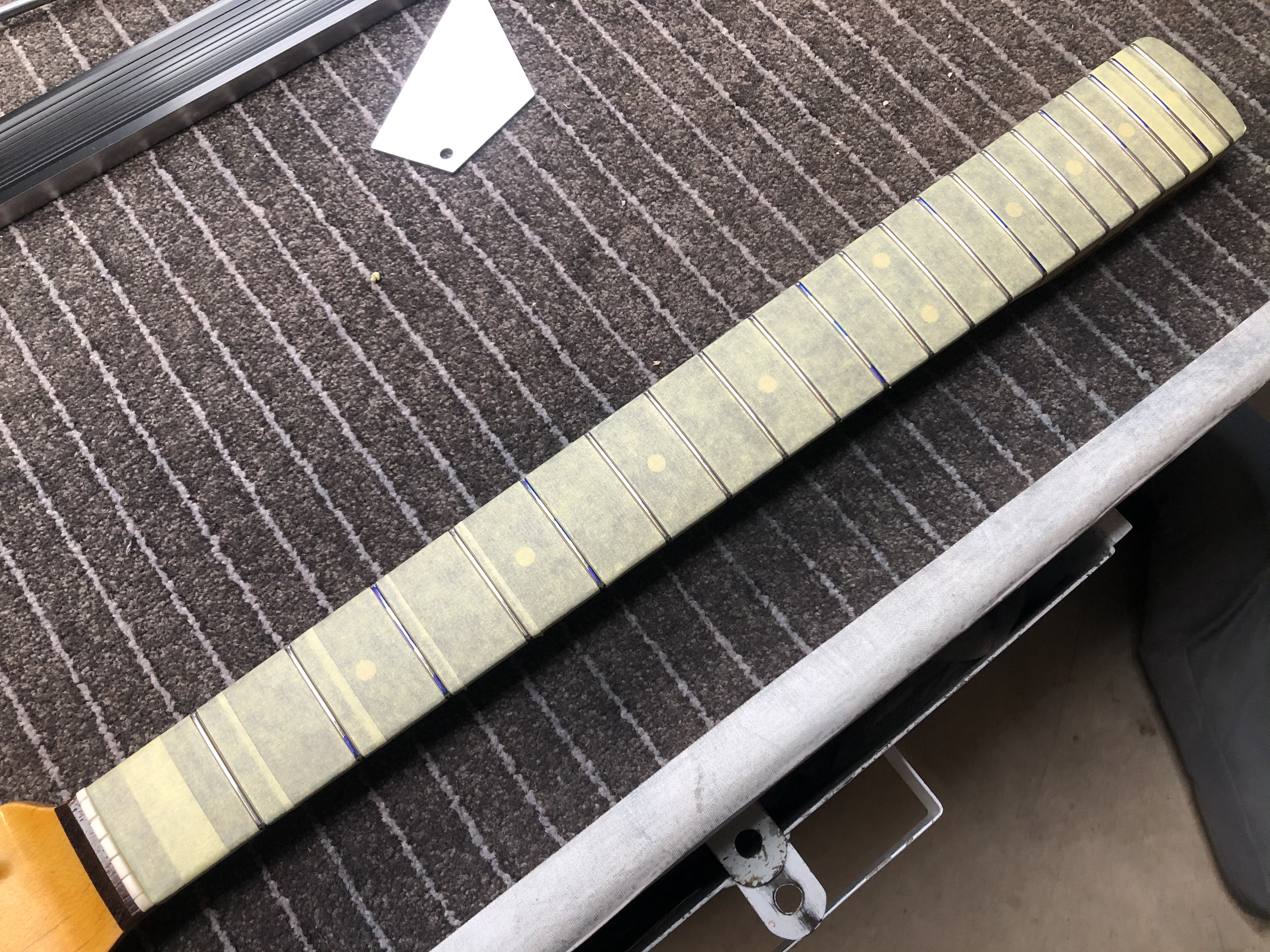 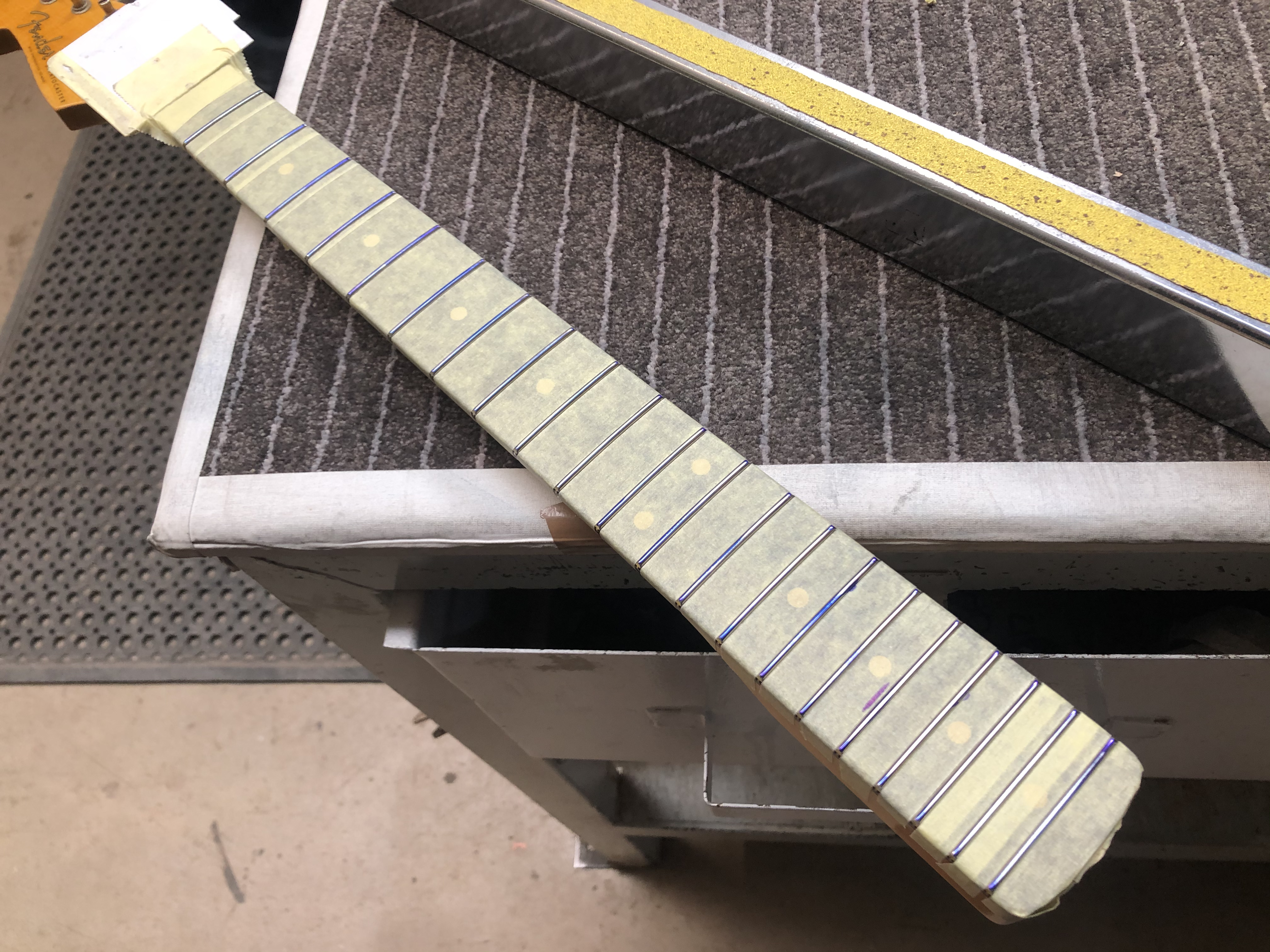 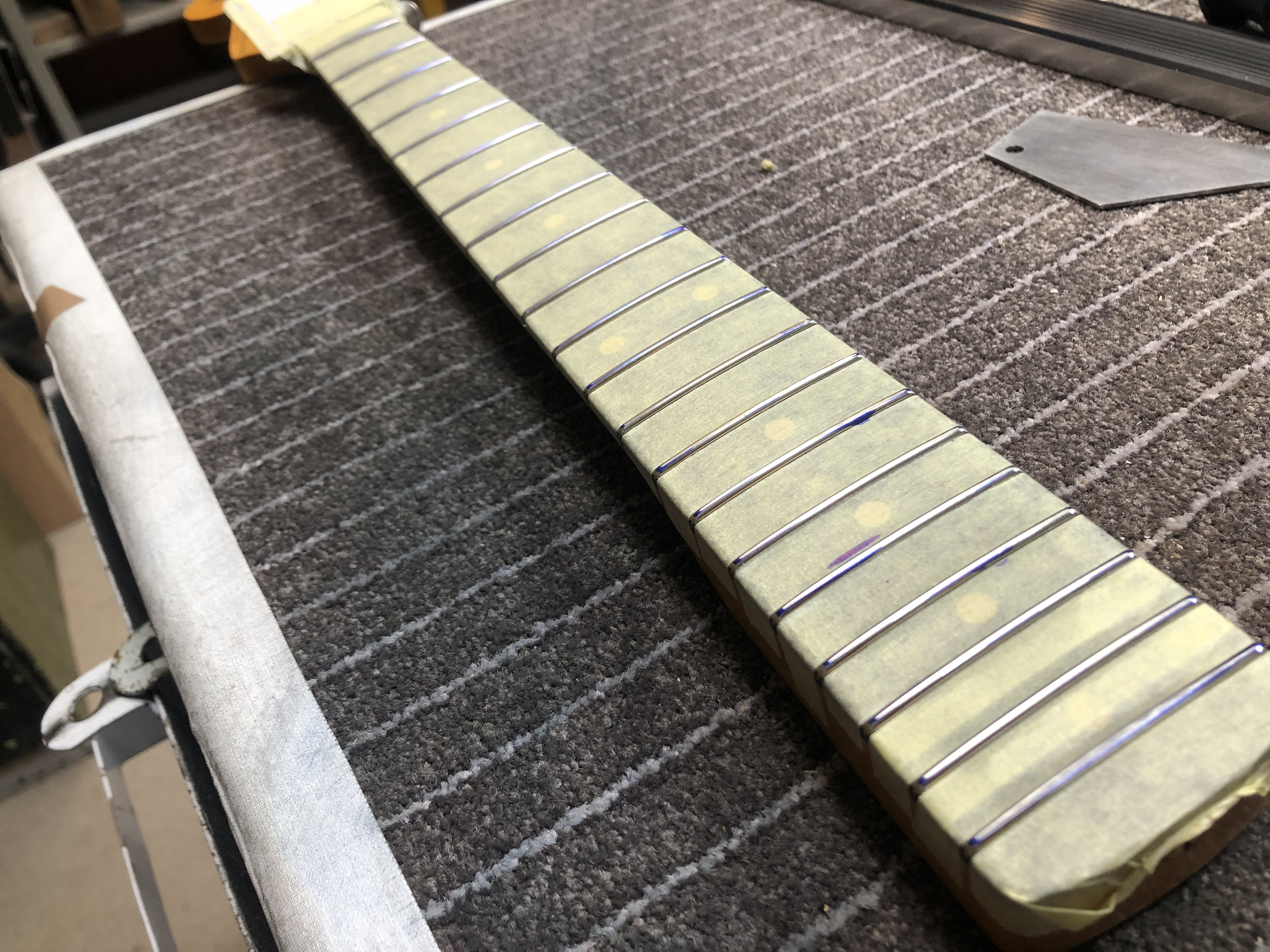 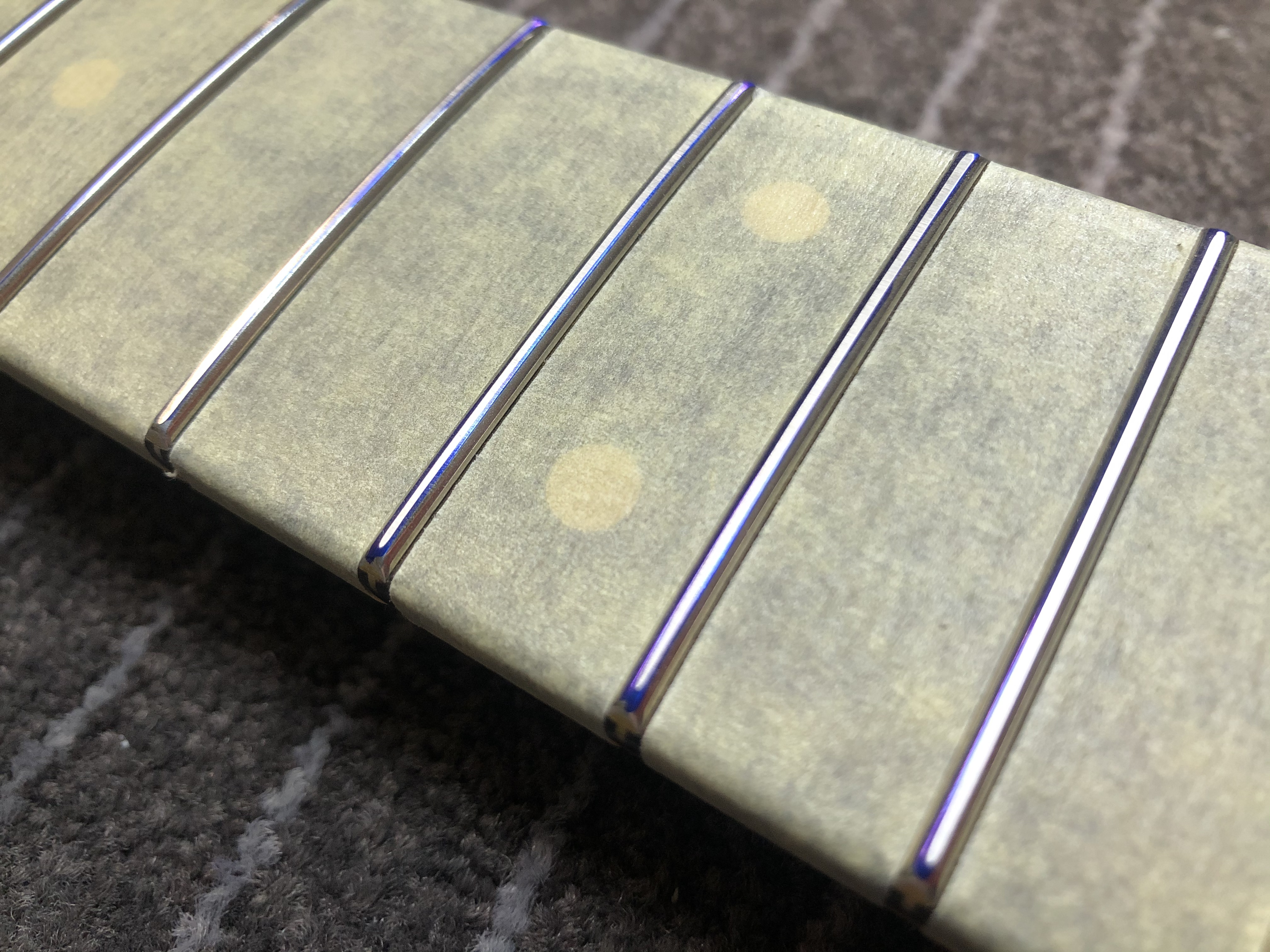 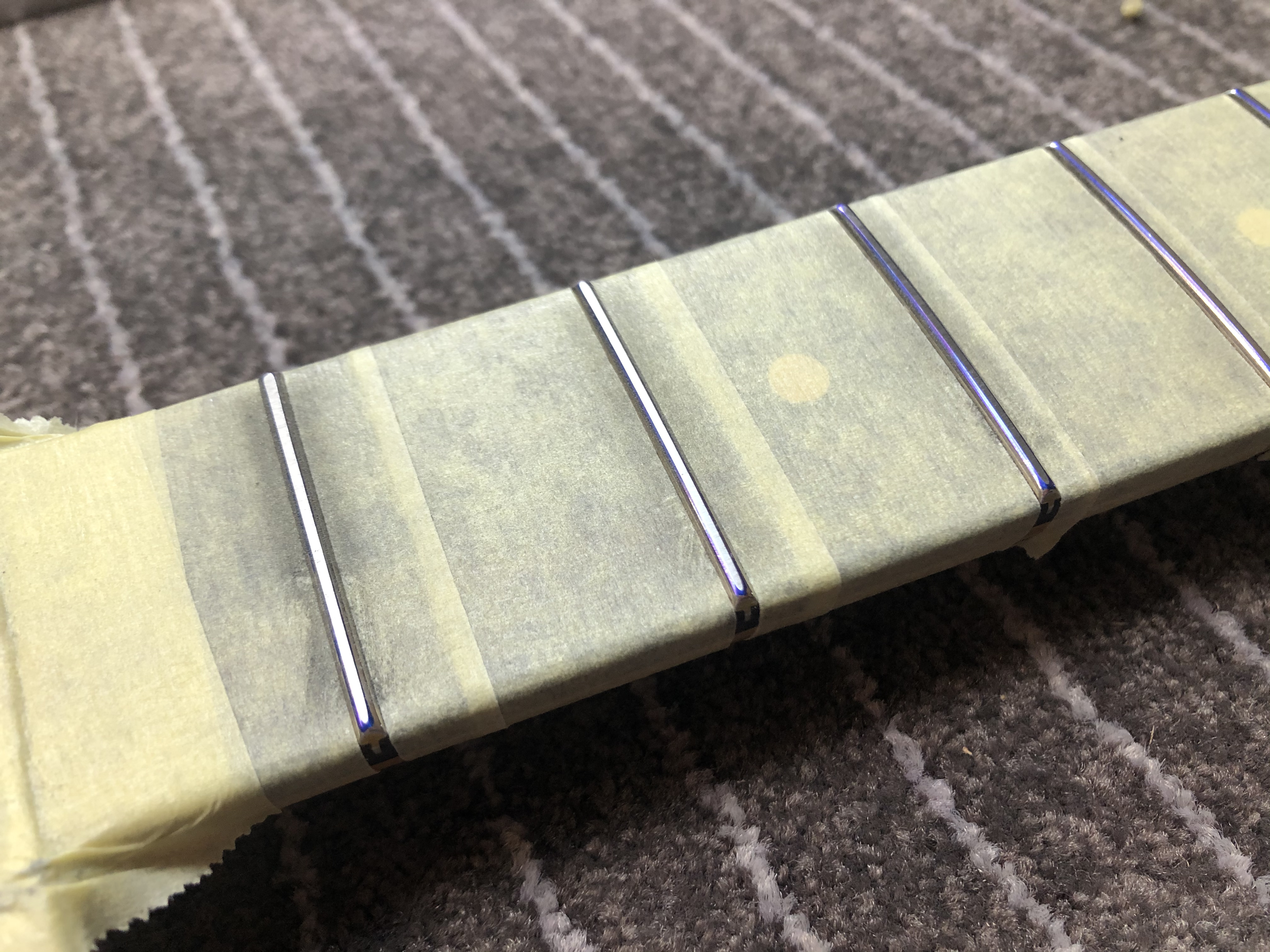 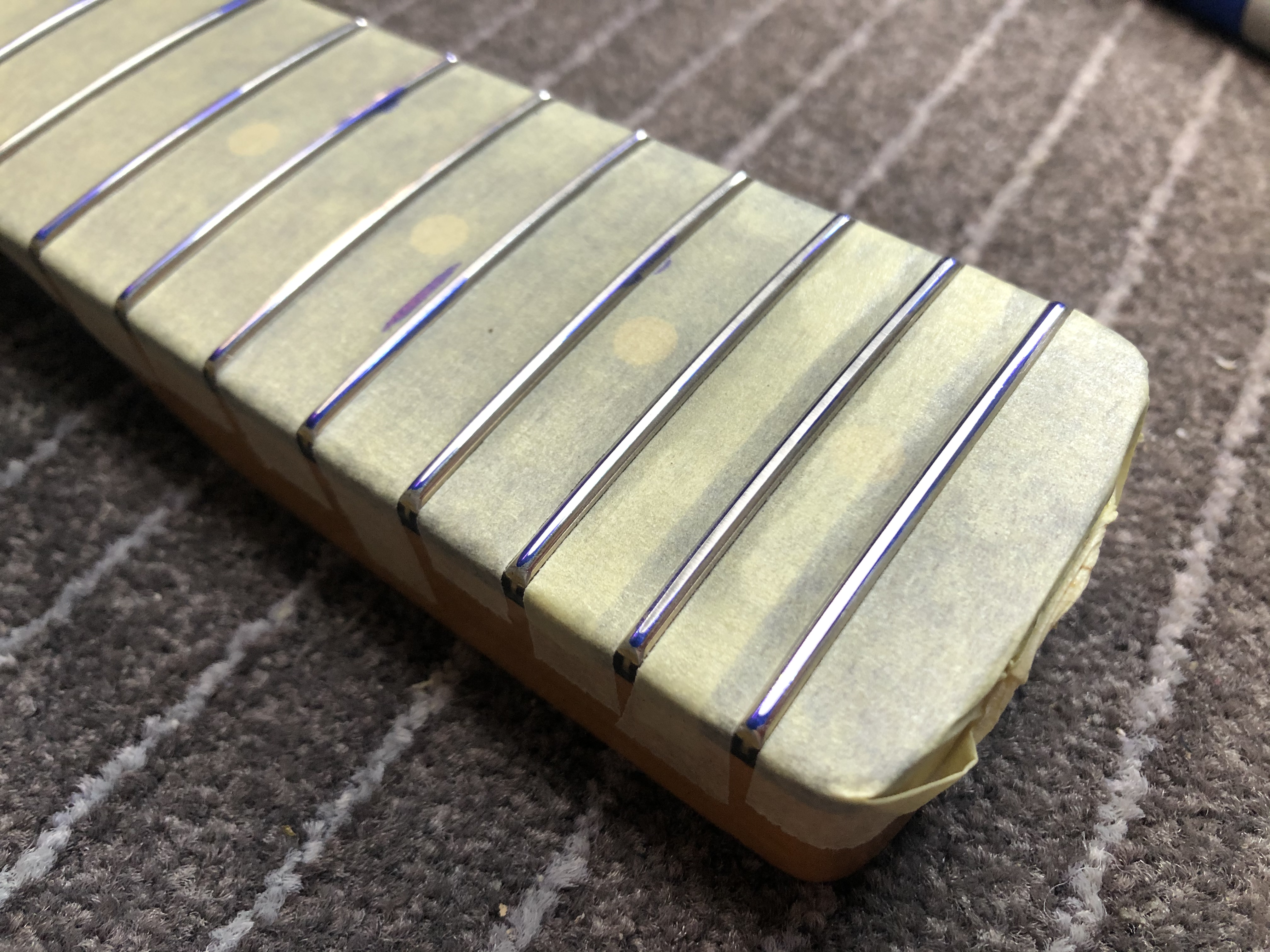 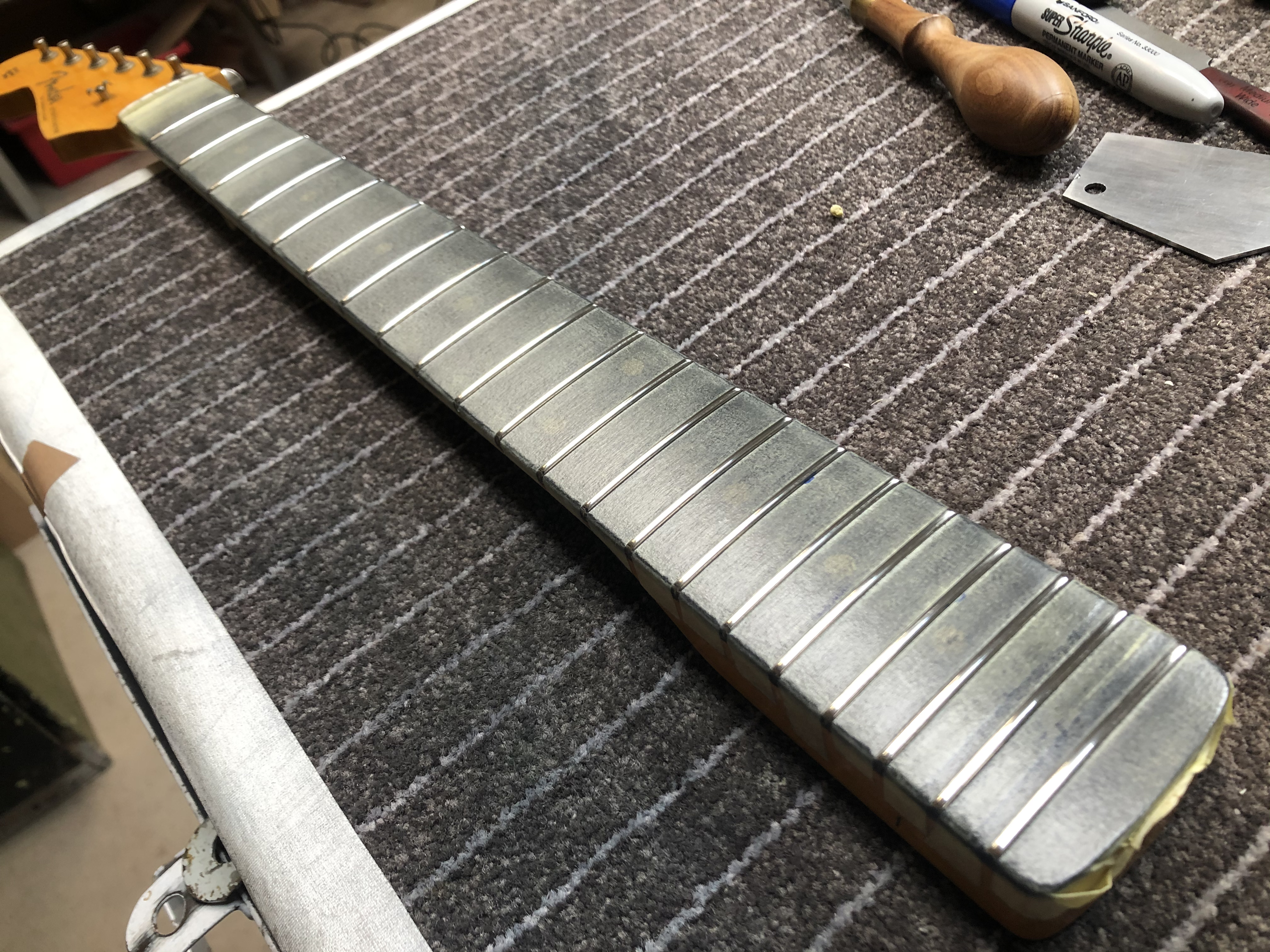 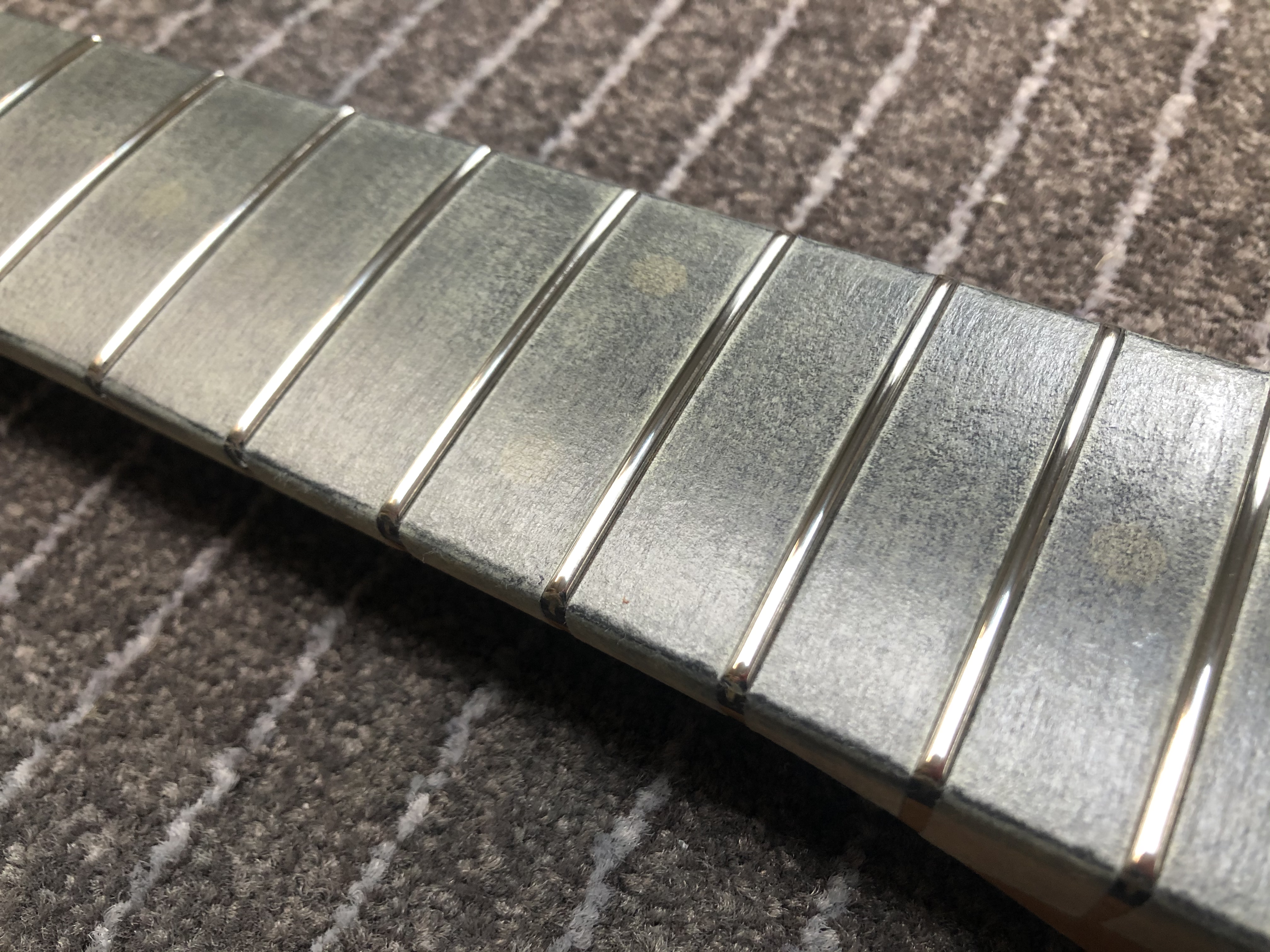 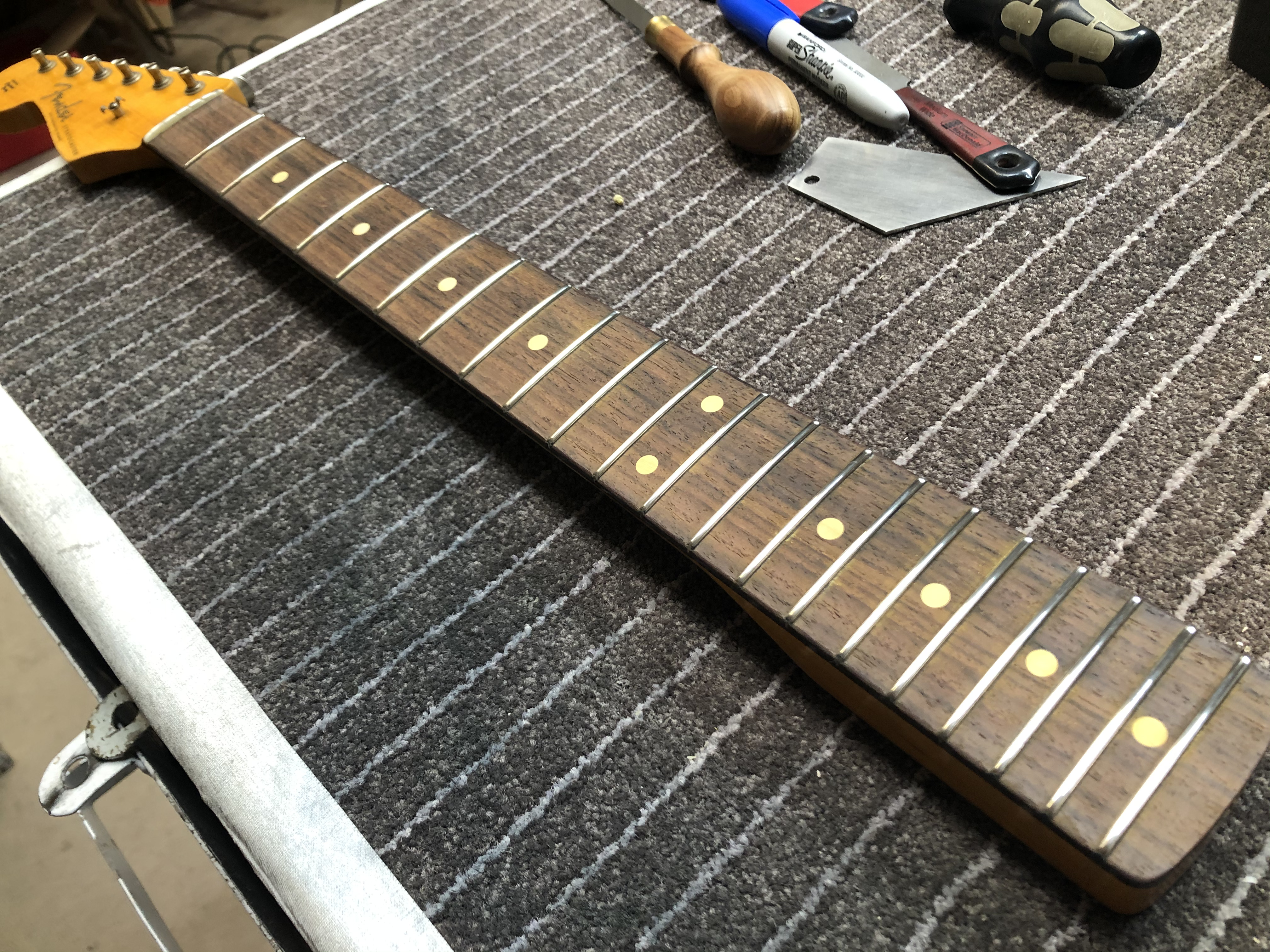 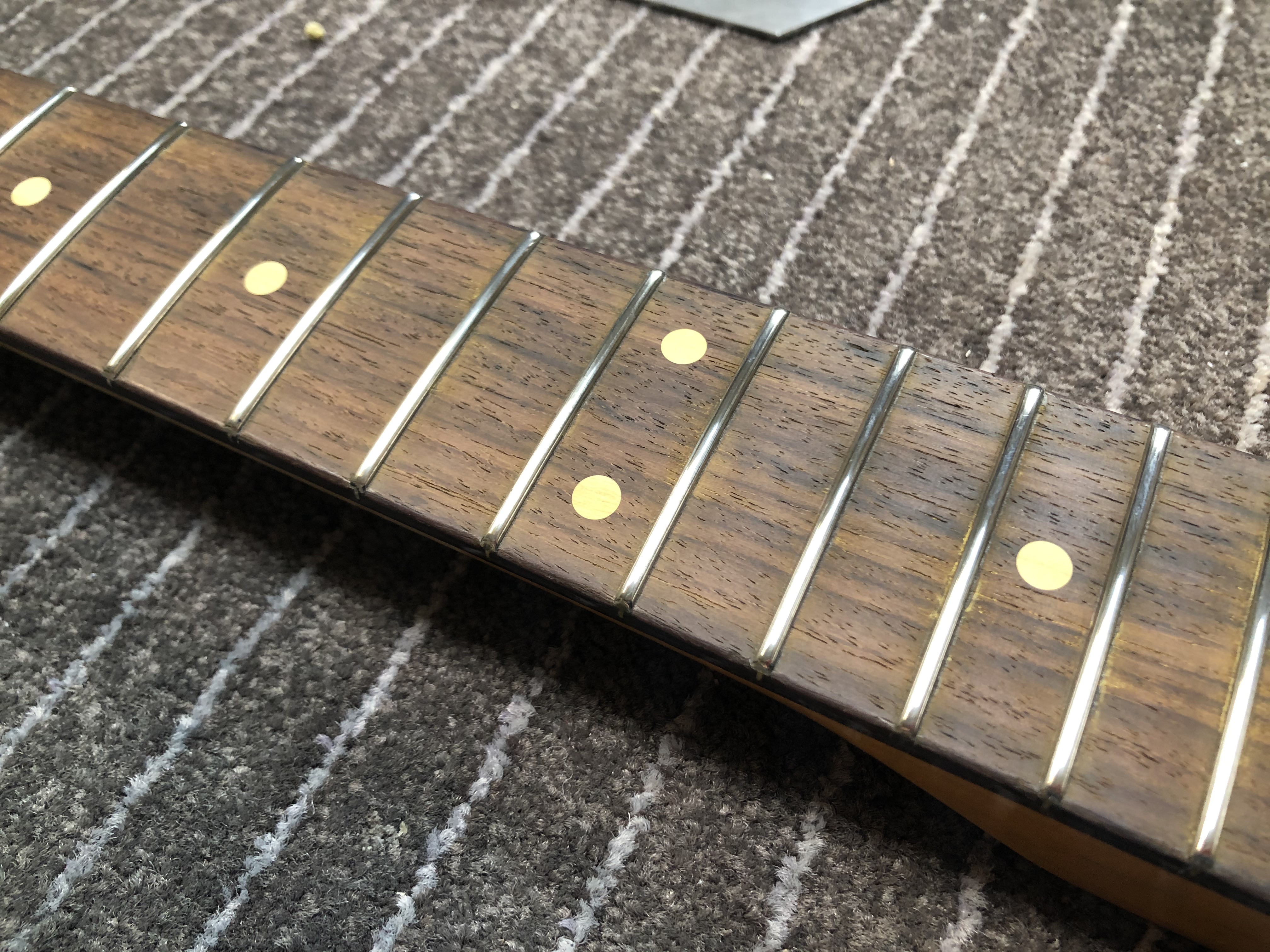 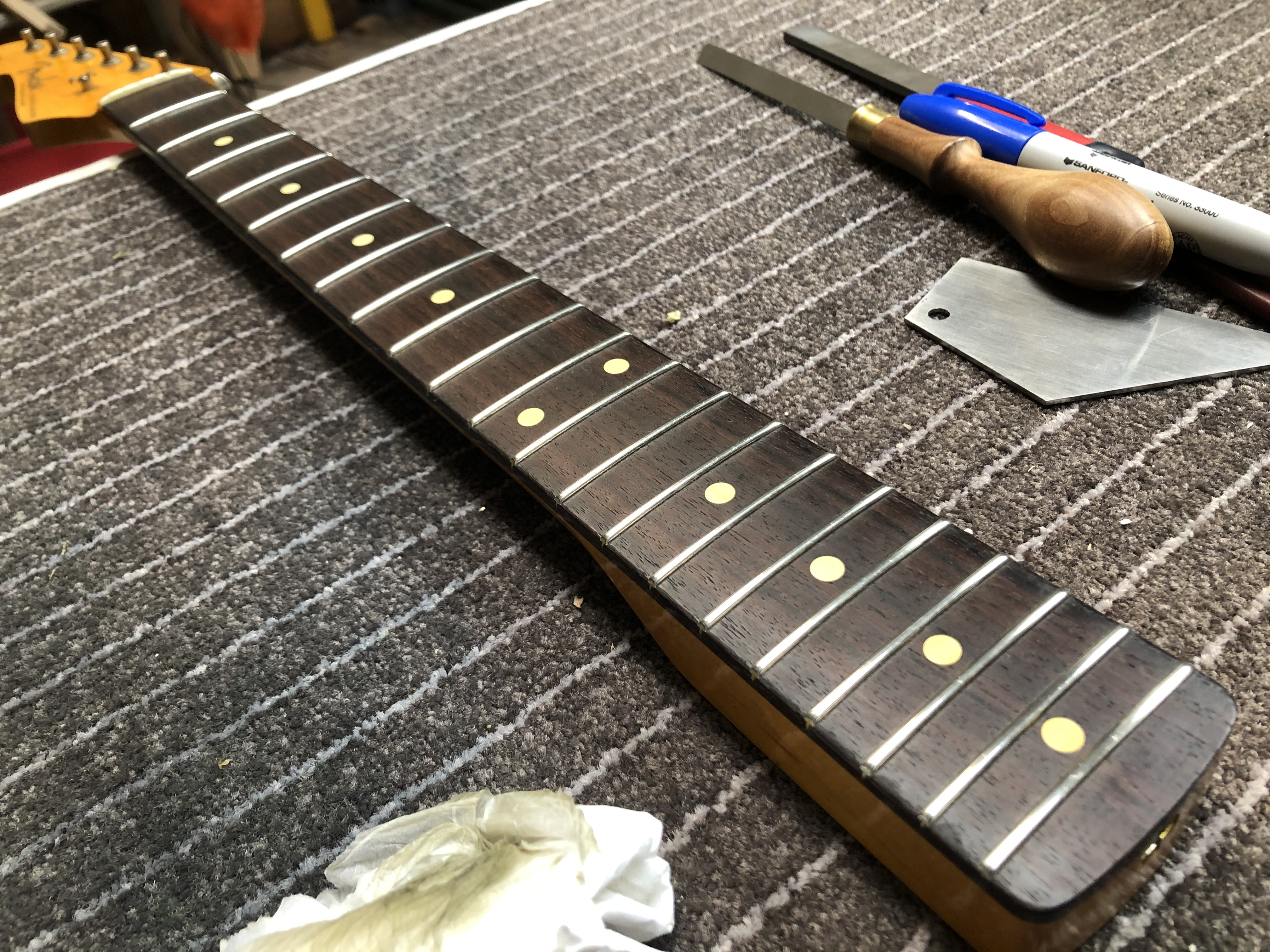 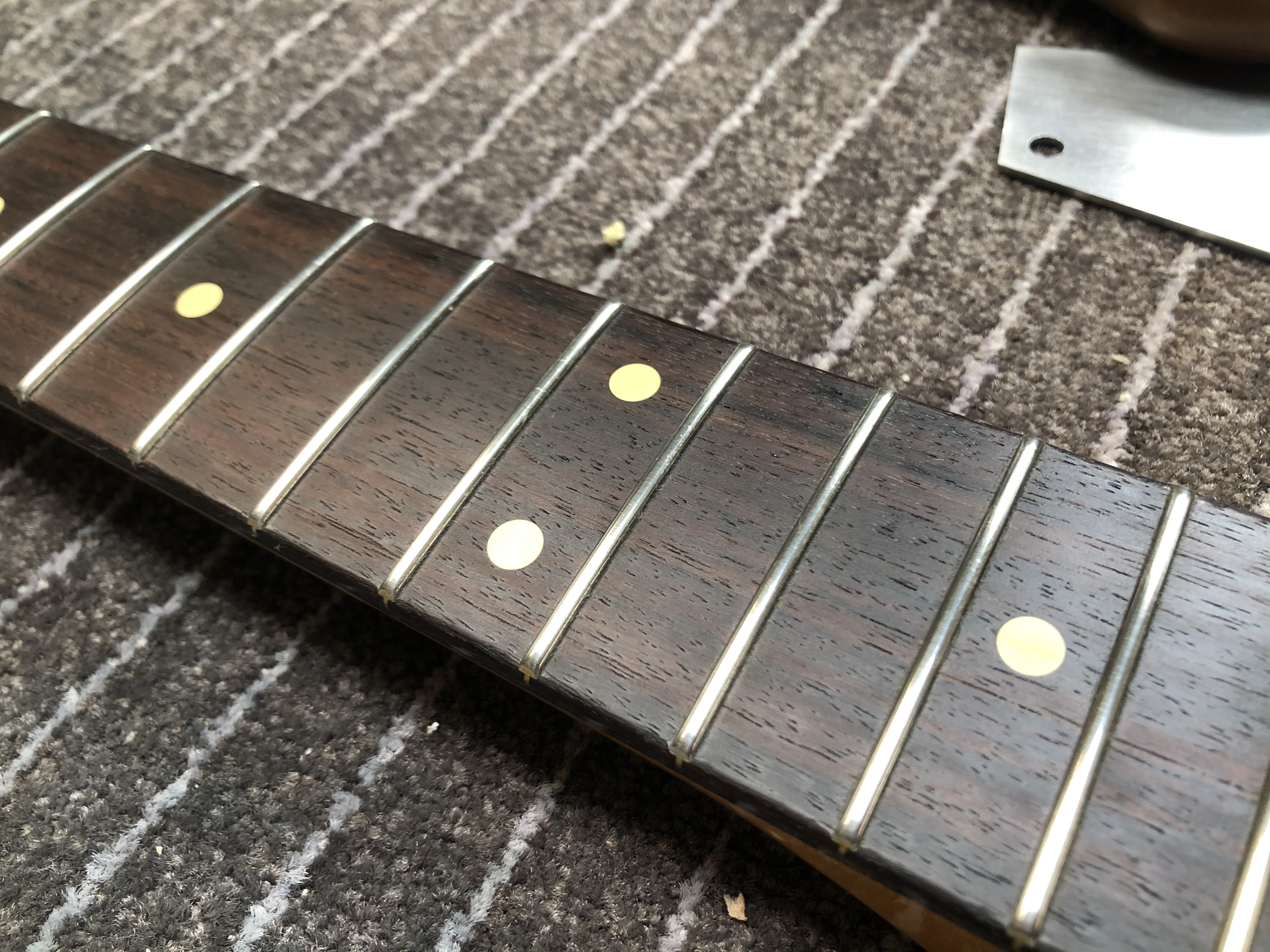 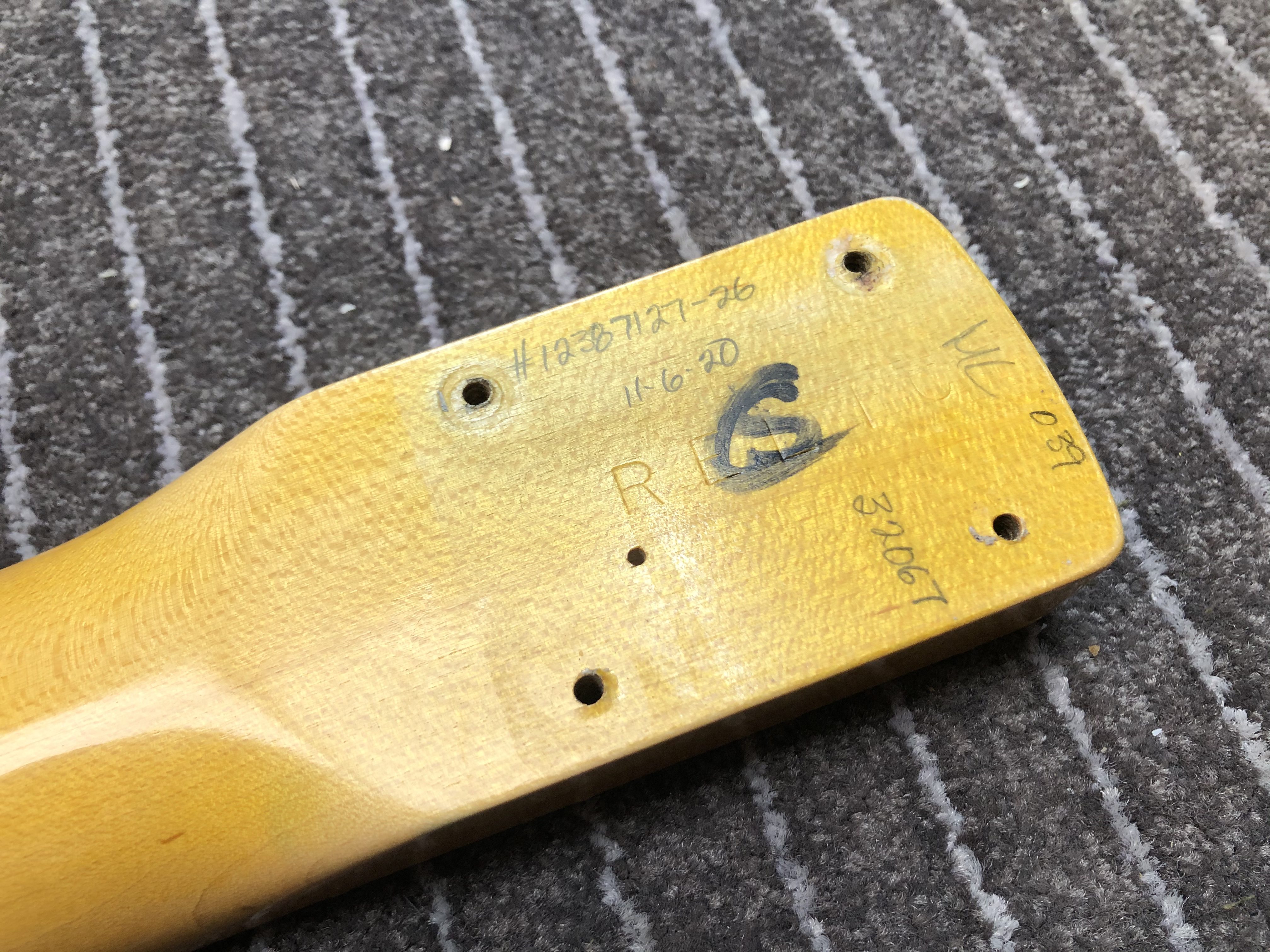 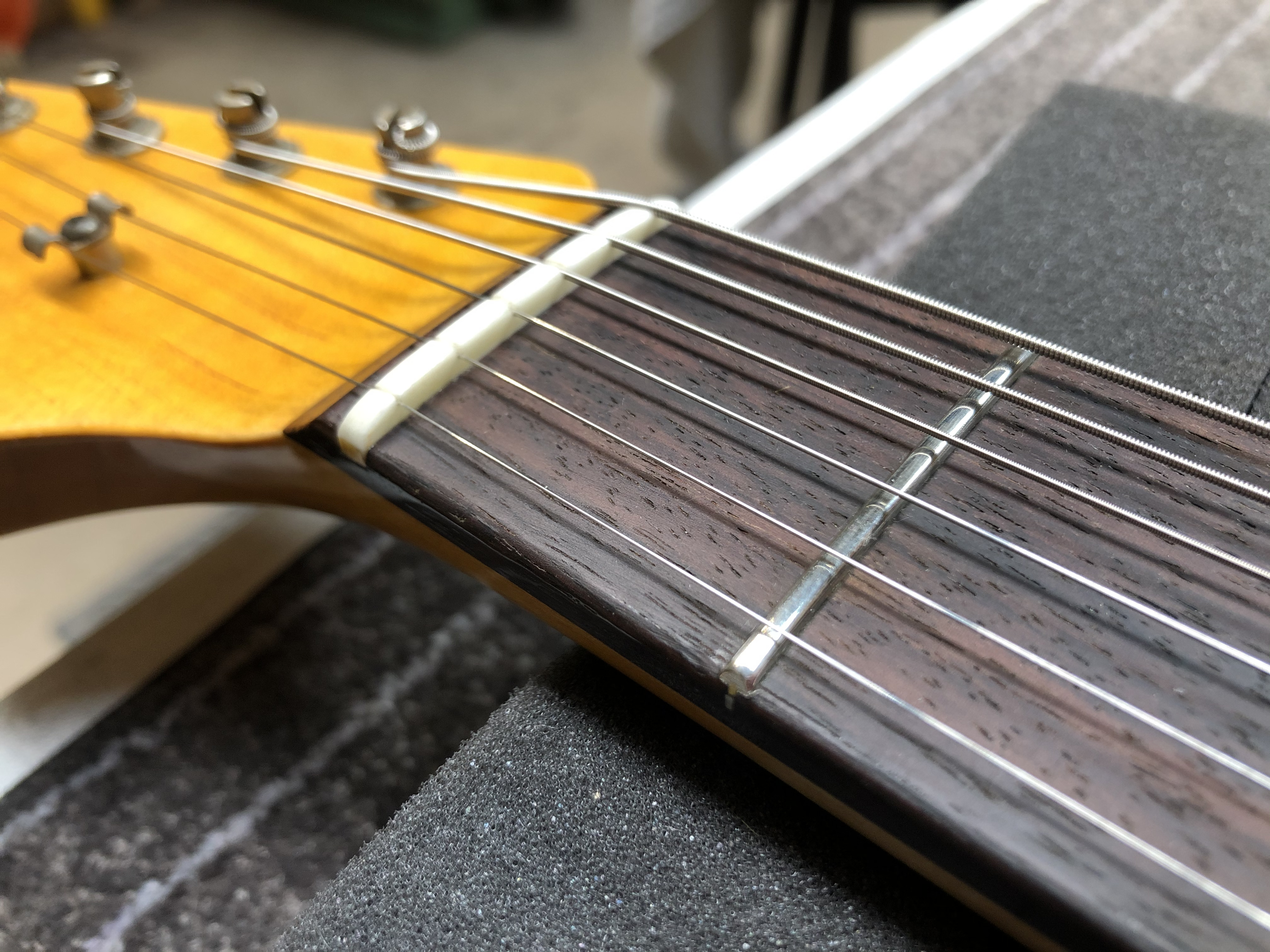 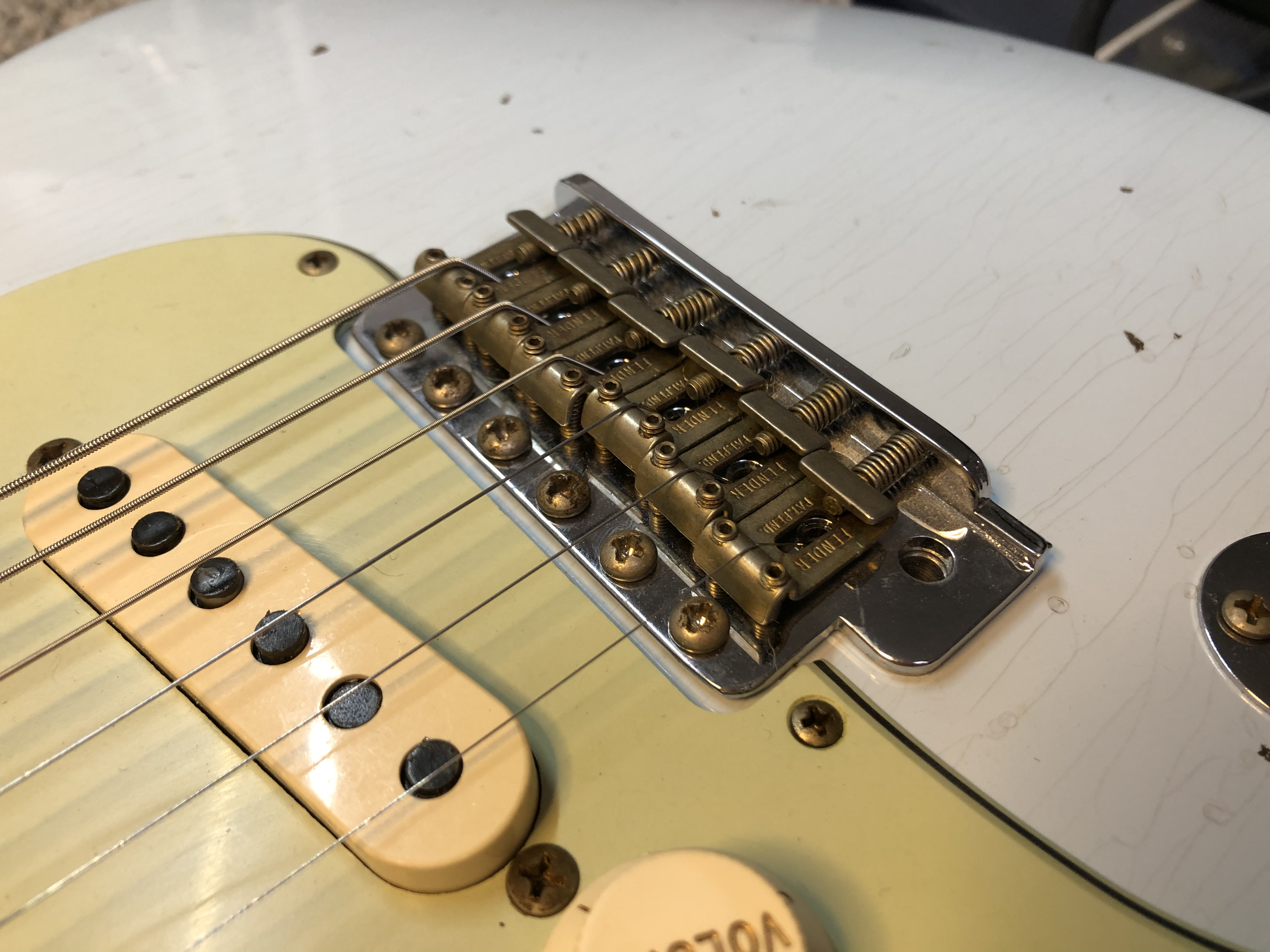 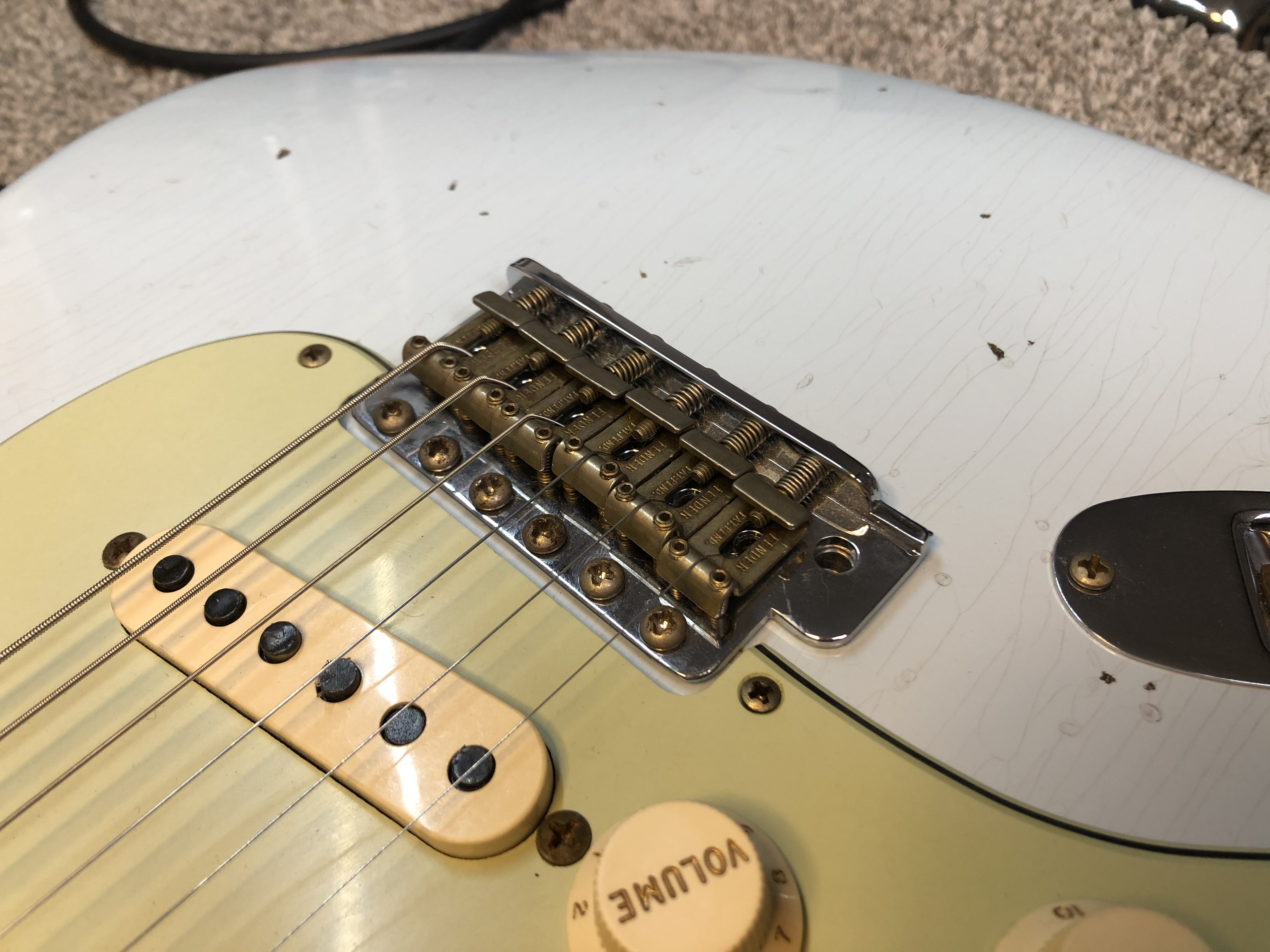 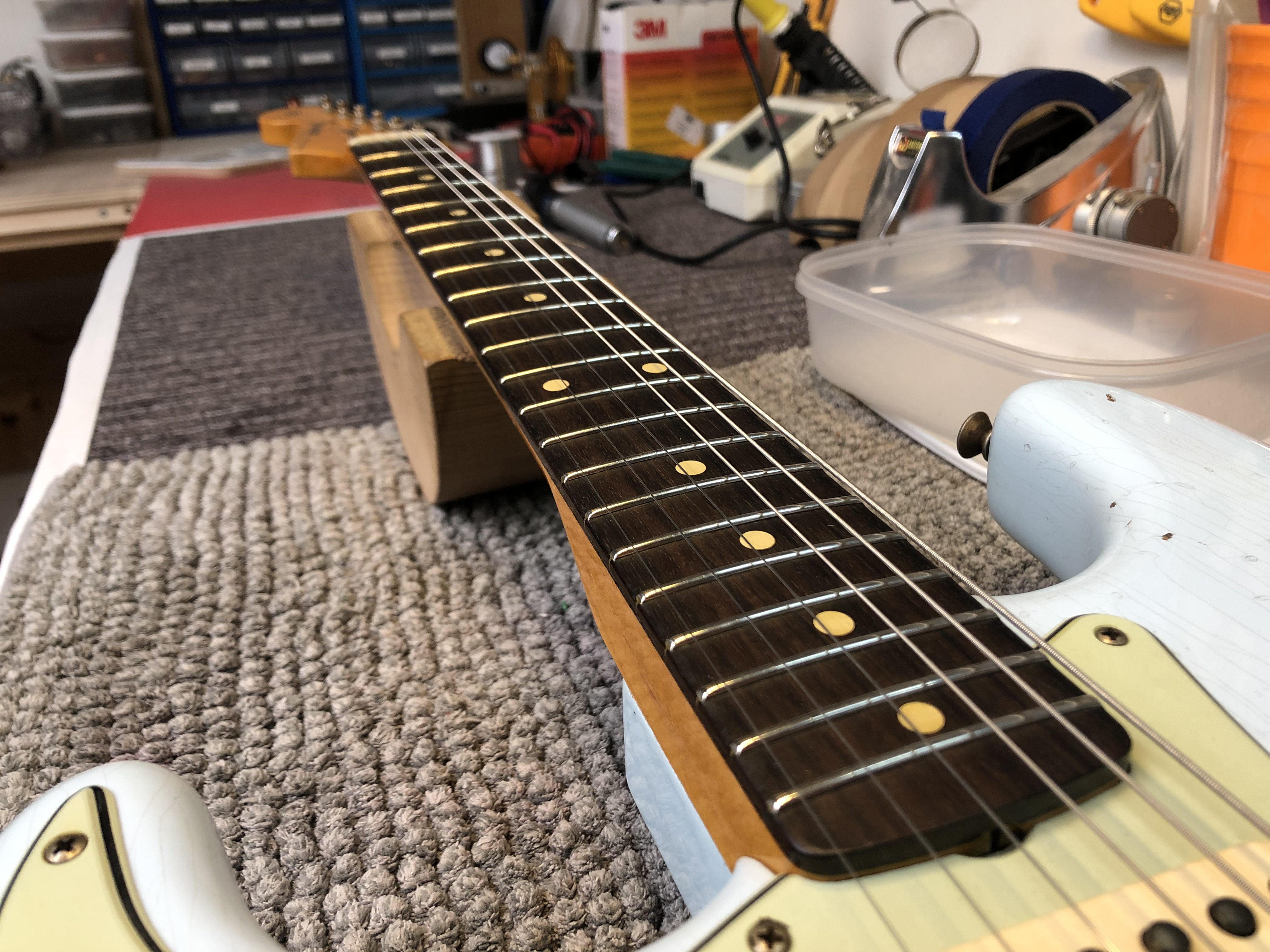 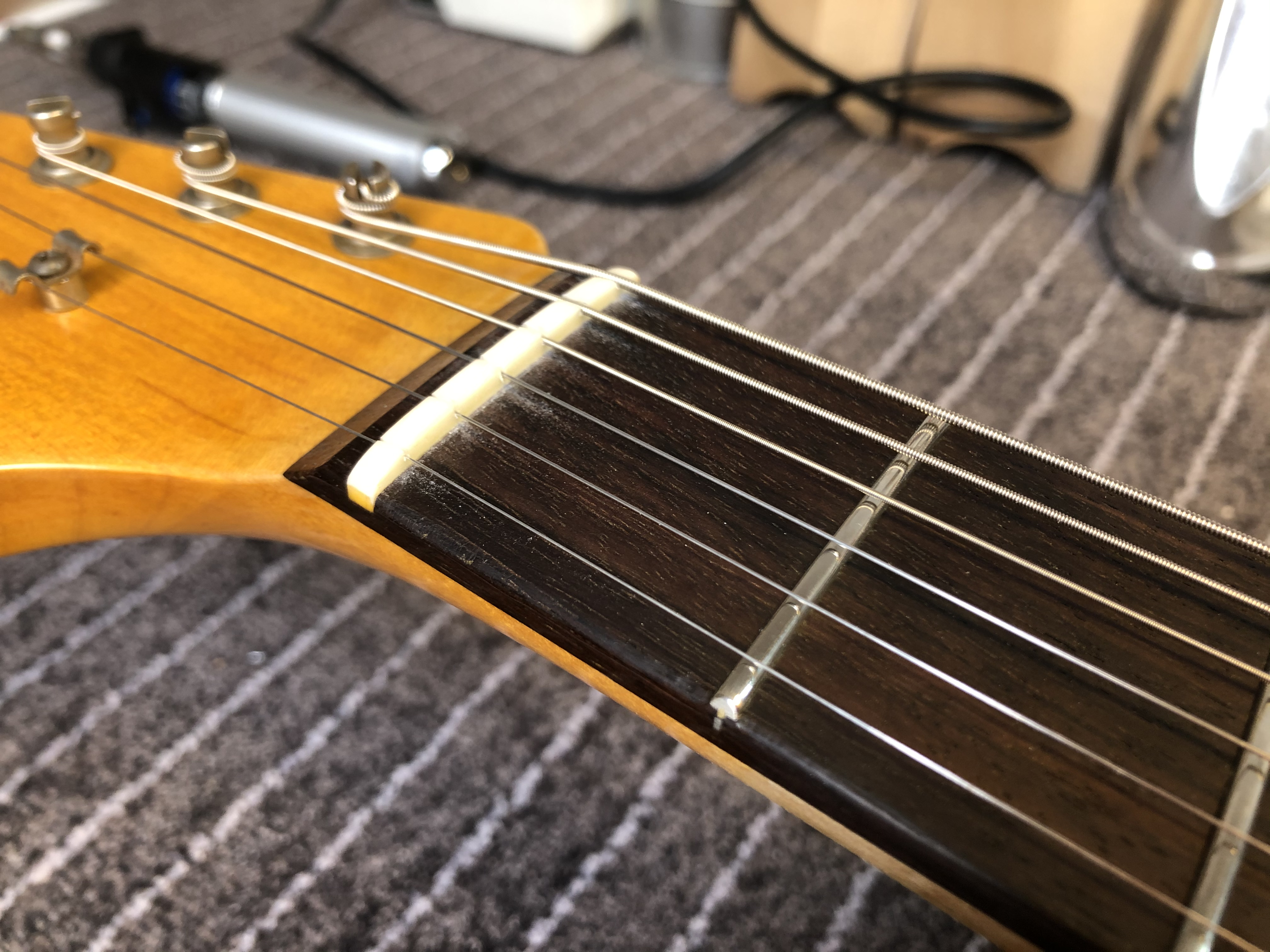 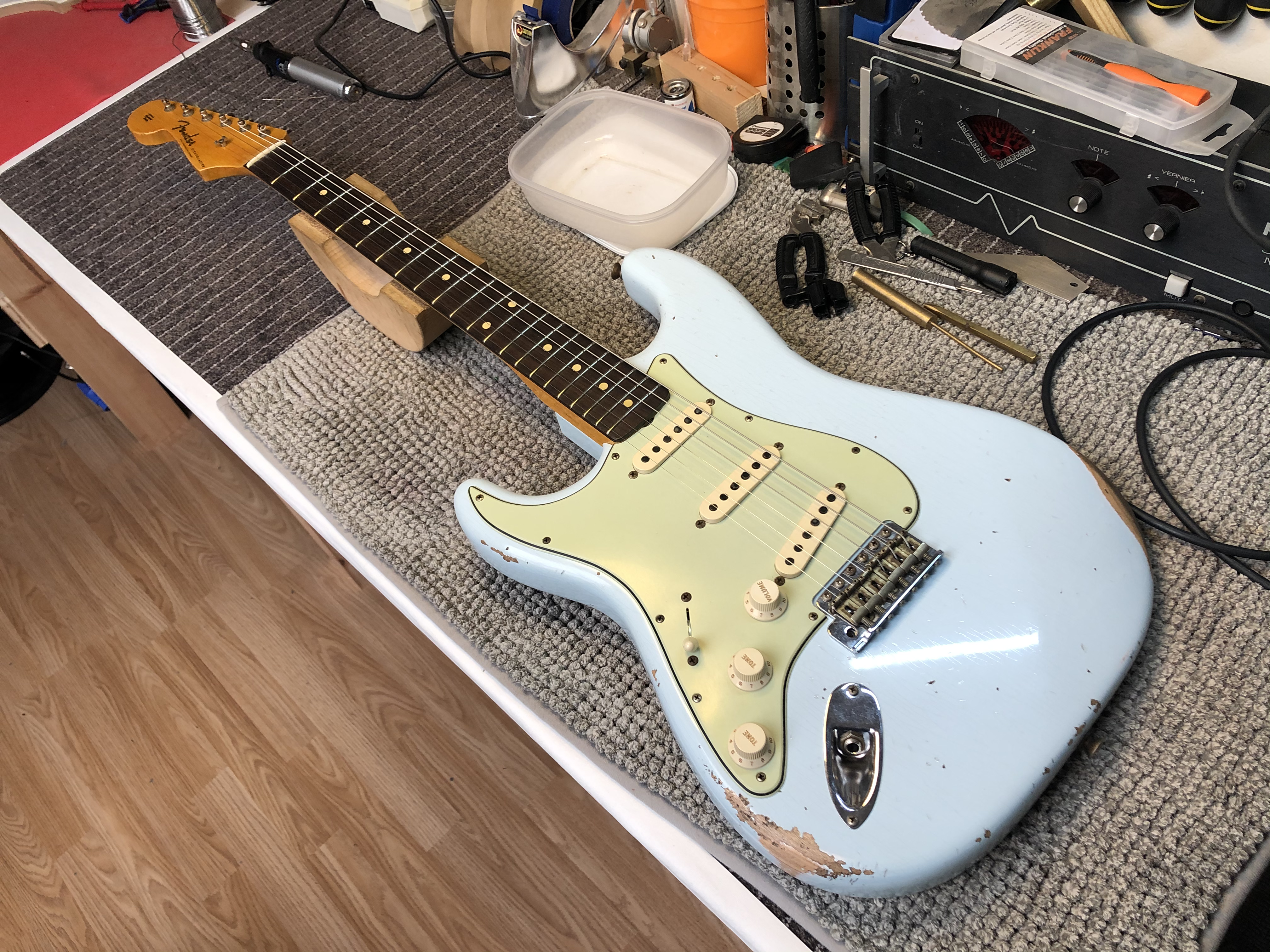