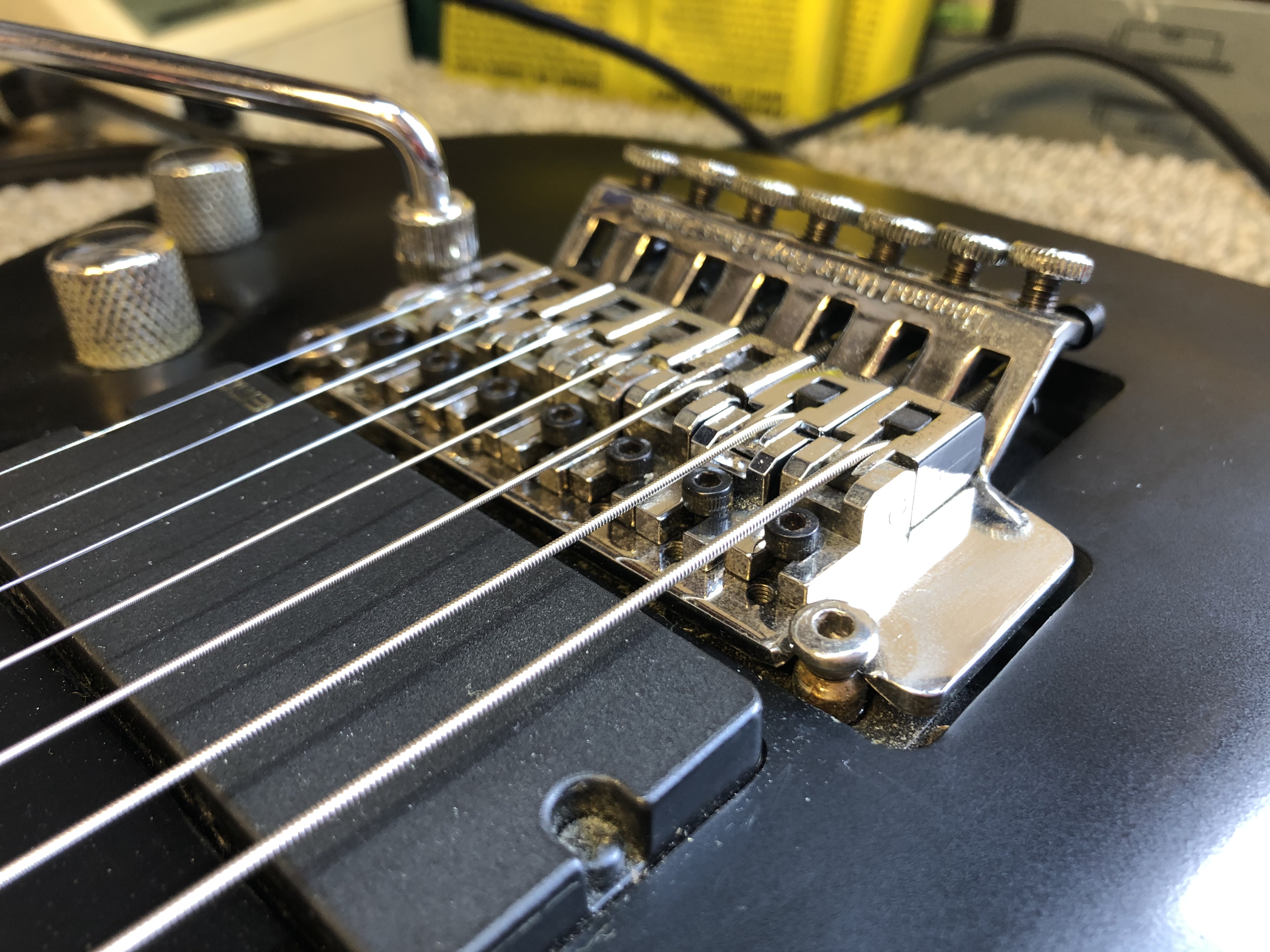 This well played 7 string came in for a setup and with some issues with the wiring where there would be loss of output and it was as if the sound had gone weak and weedy.

On inspection the wires from the 9V battery had been soldered together and left bare in the cavity and where probable touching other parts causing the pickups to lose power. The input was also a normal mono one meaning the battery would always be on even when the guitar was unplugged. I insulated the wires and fitted a stereo jack so the battery would last longer.

The trem was also in a bit of a state, I had to replace one saddle as string holding screw had threaded. I also found that the saddles were in the wrong order meaning the strings were all at different heights making it uncomfortable to play. 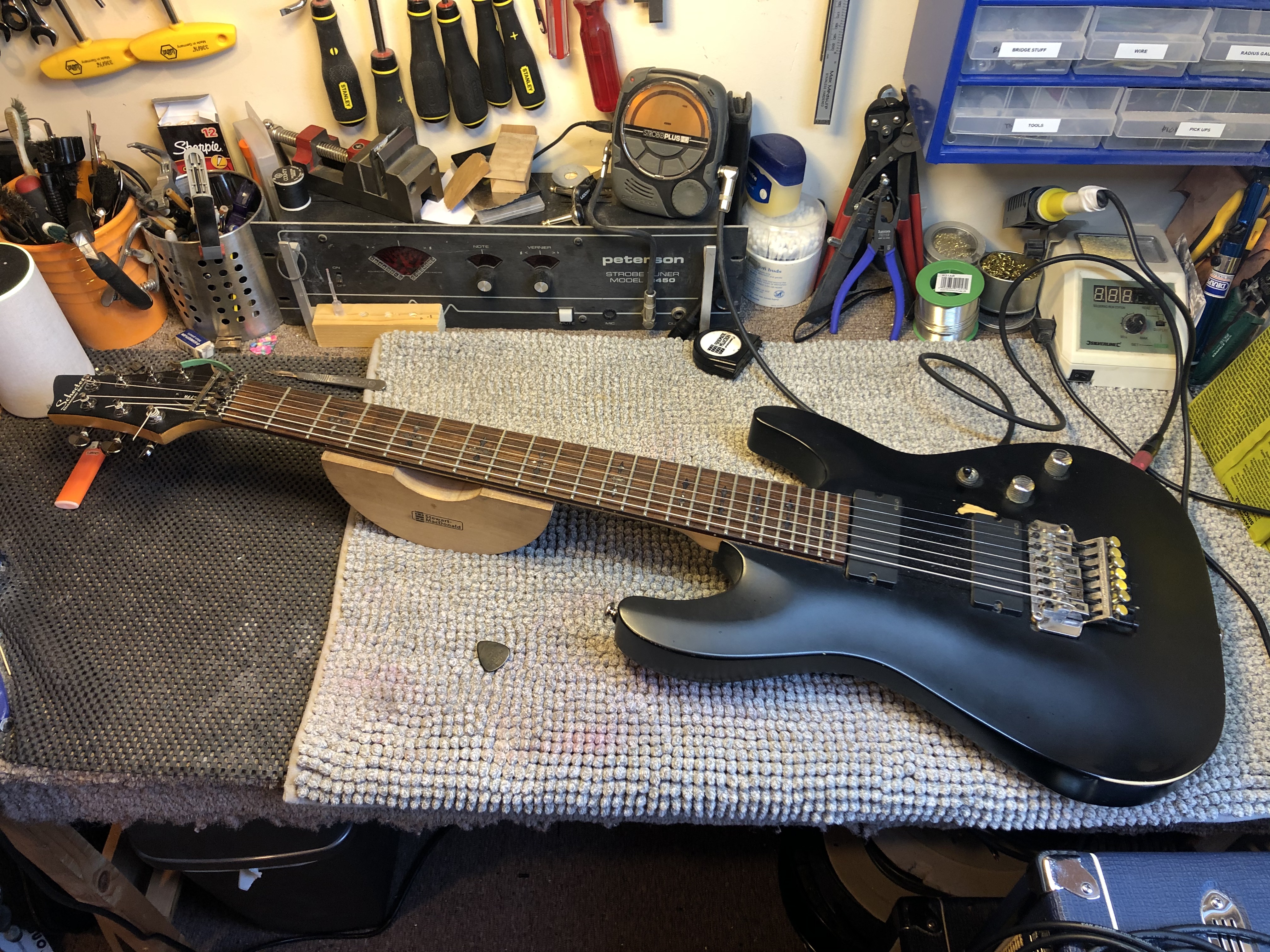 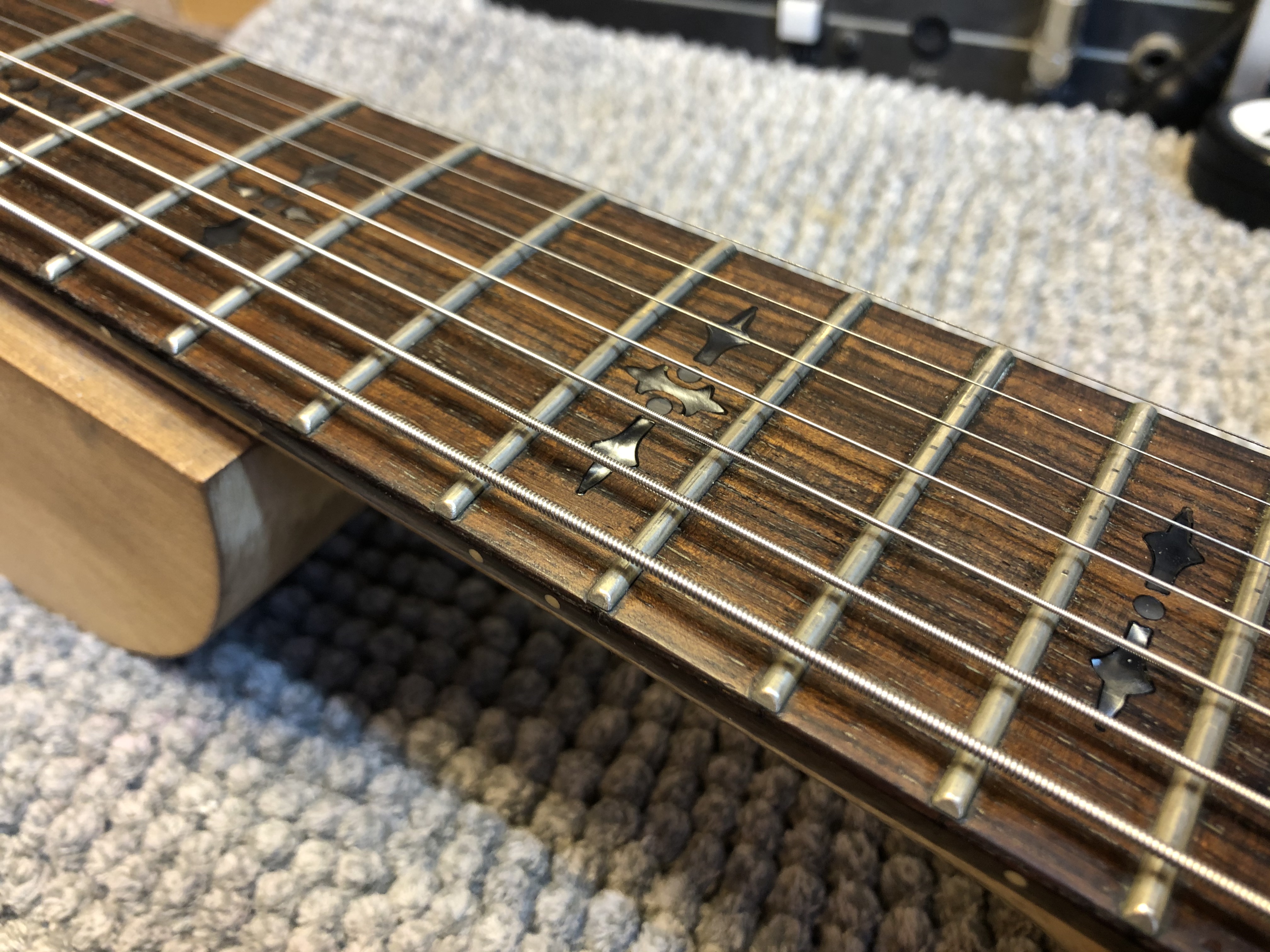 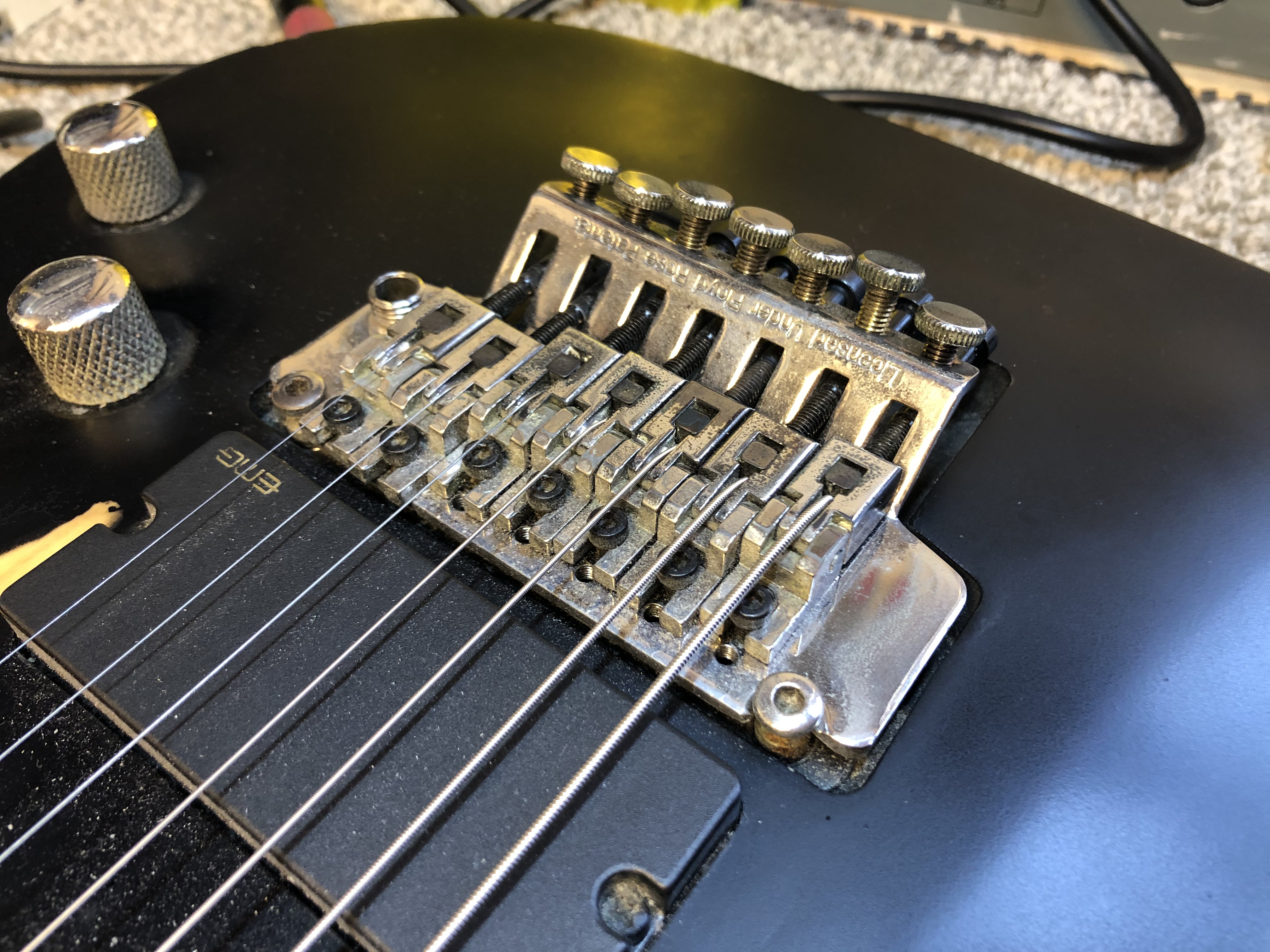 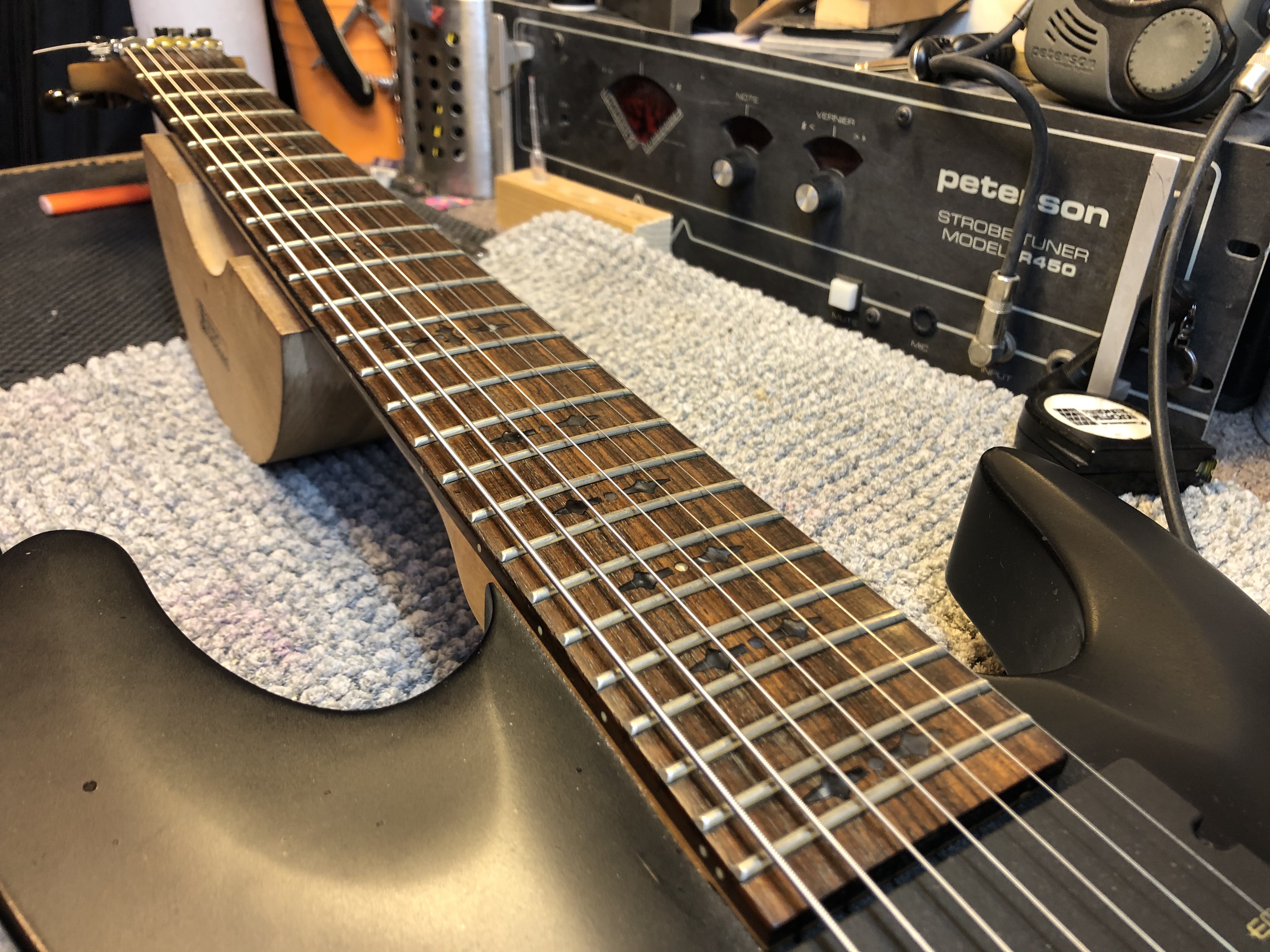 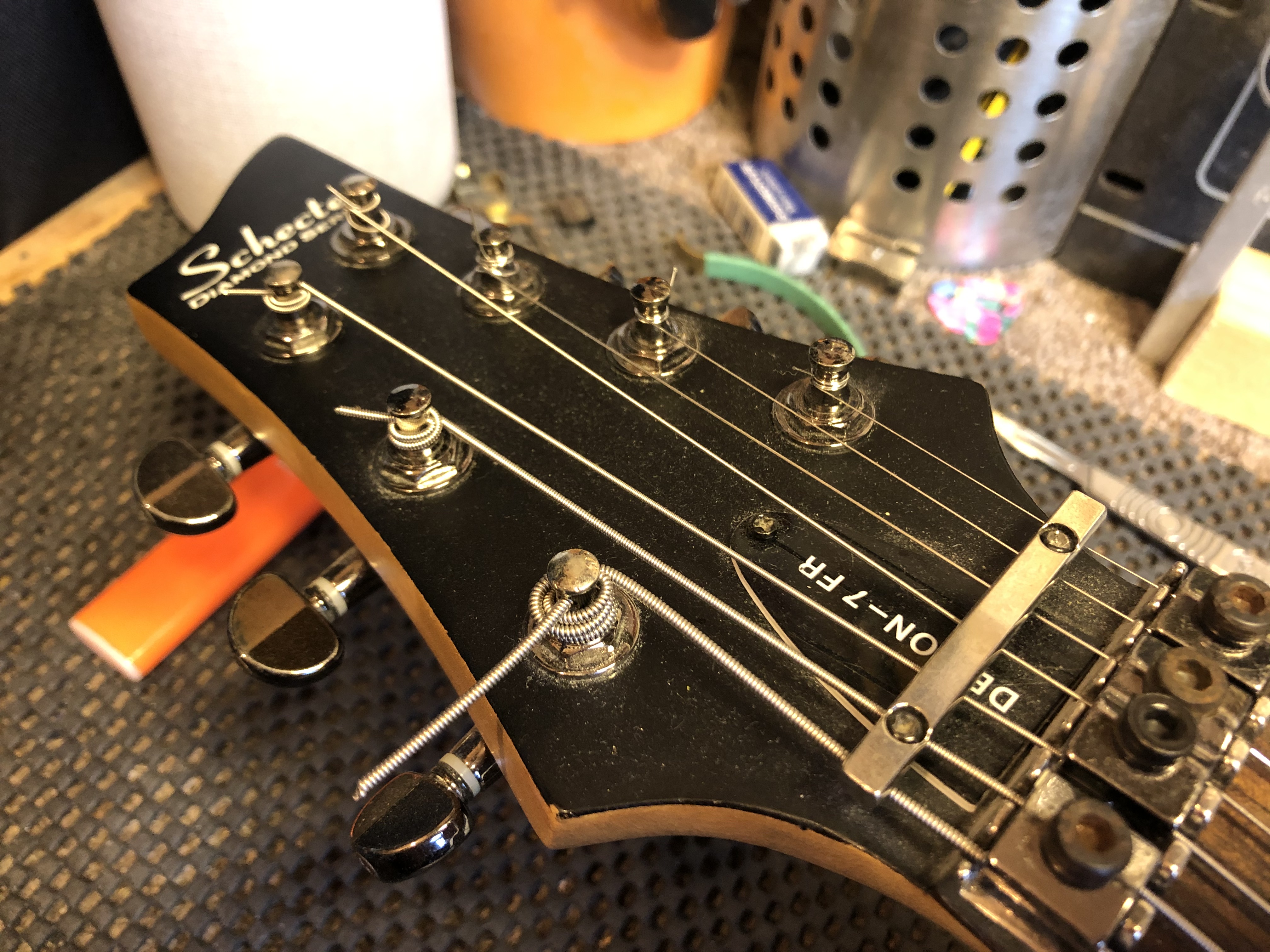 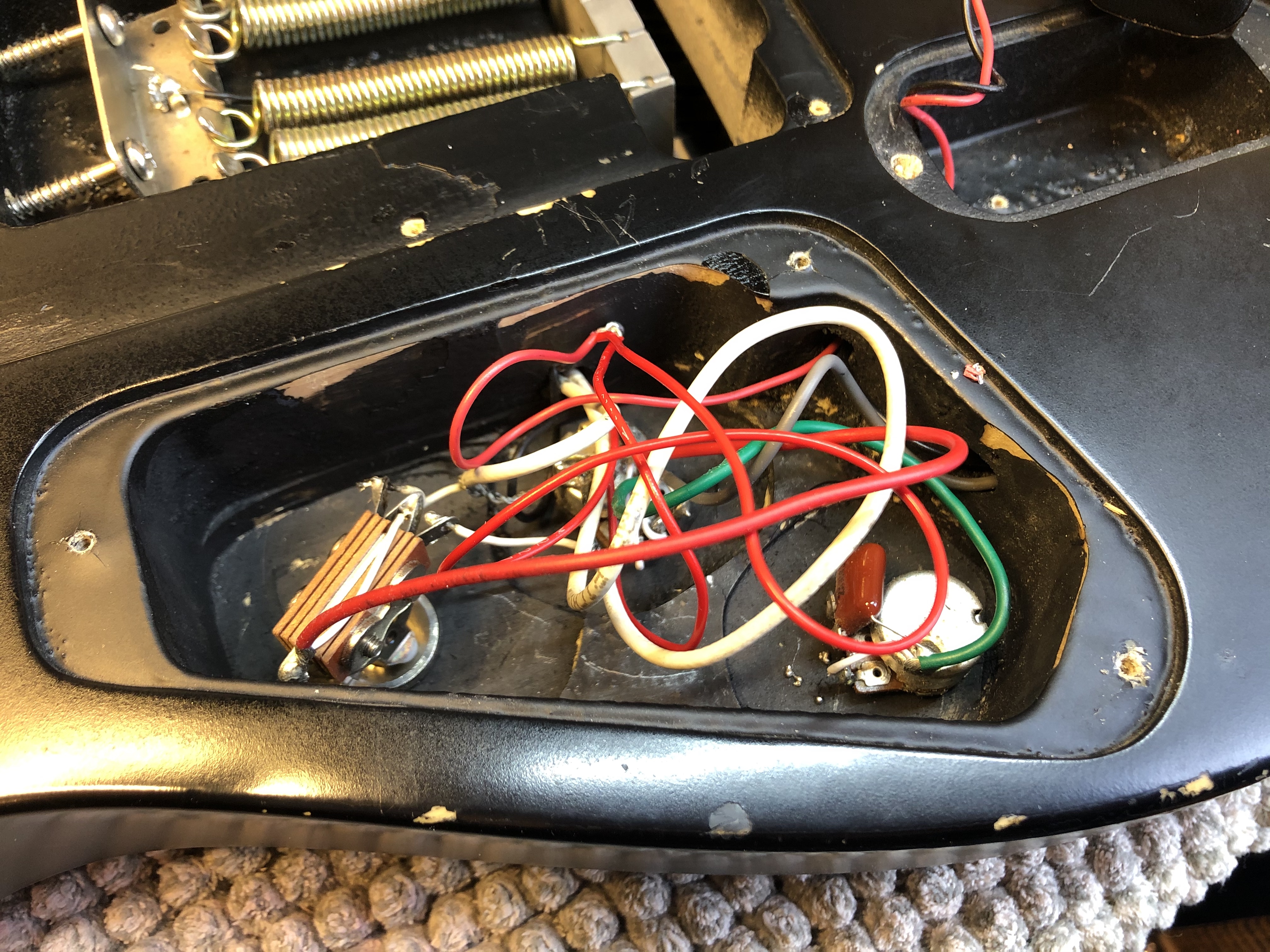 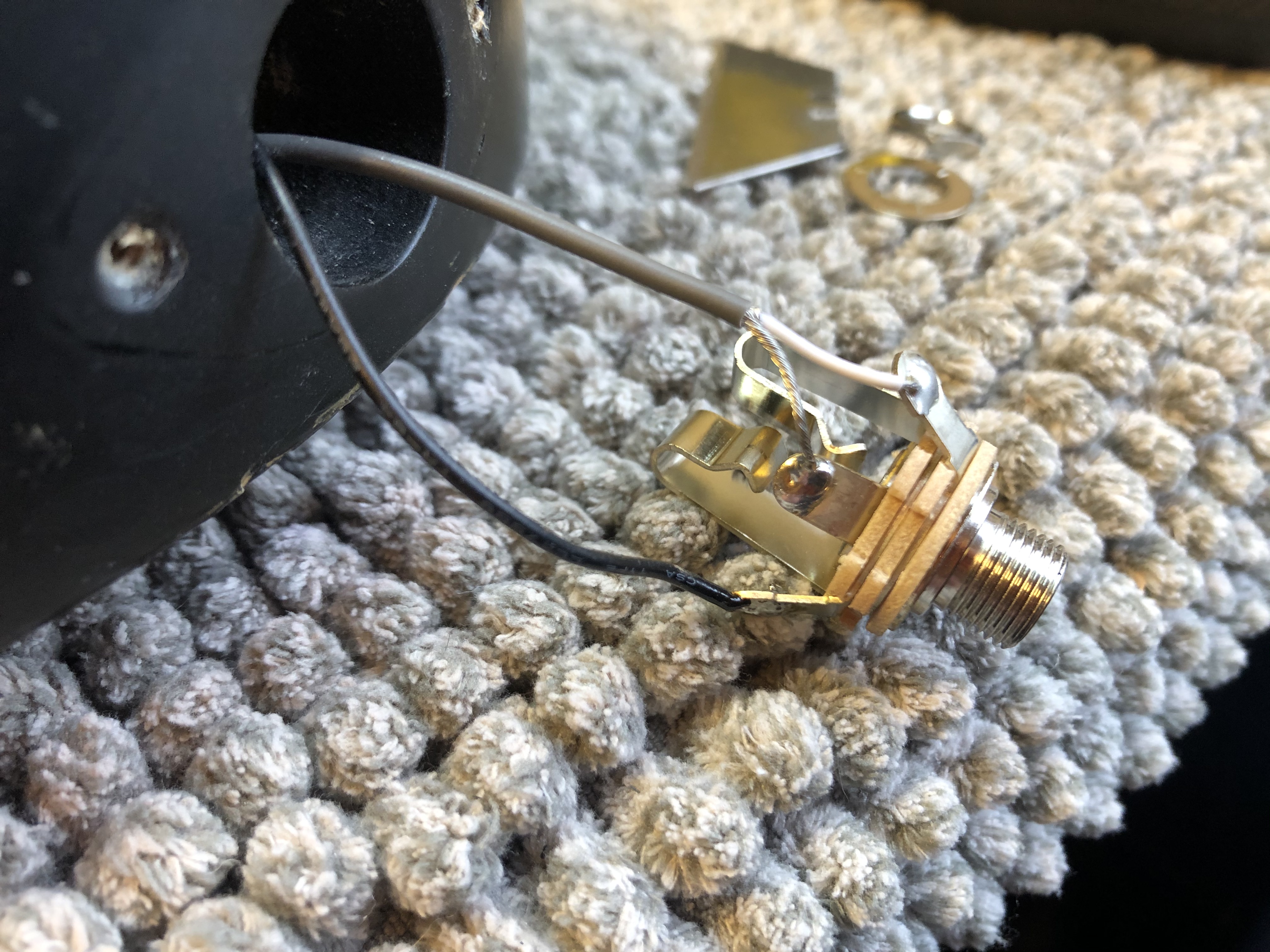 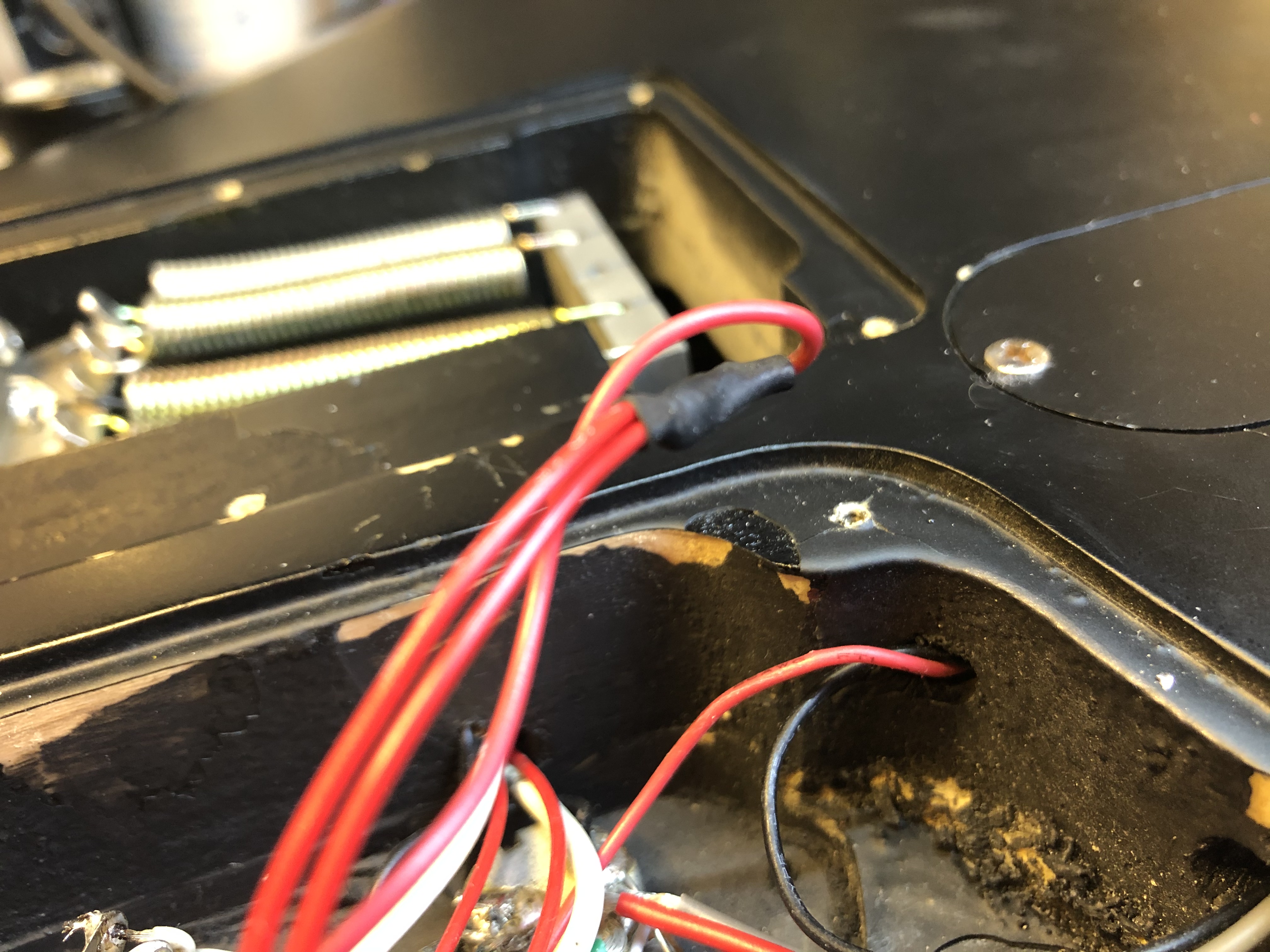 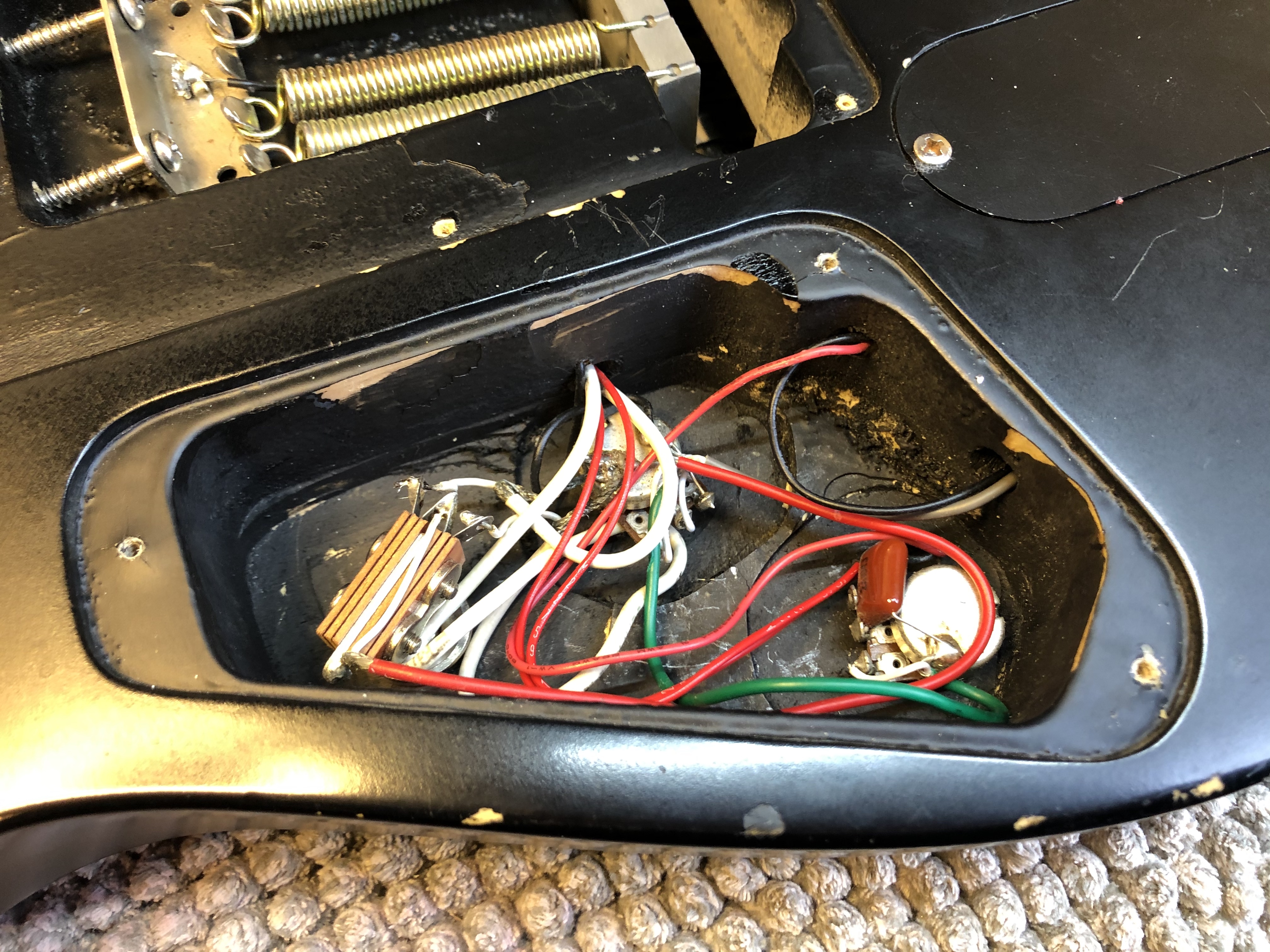 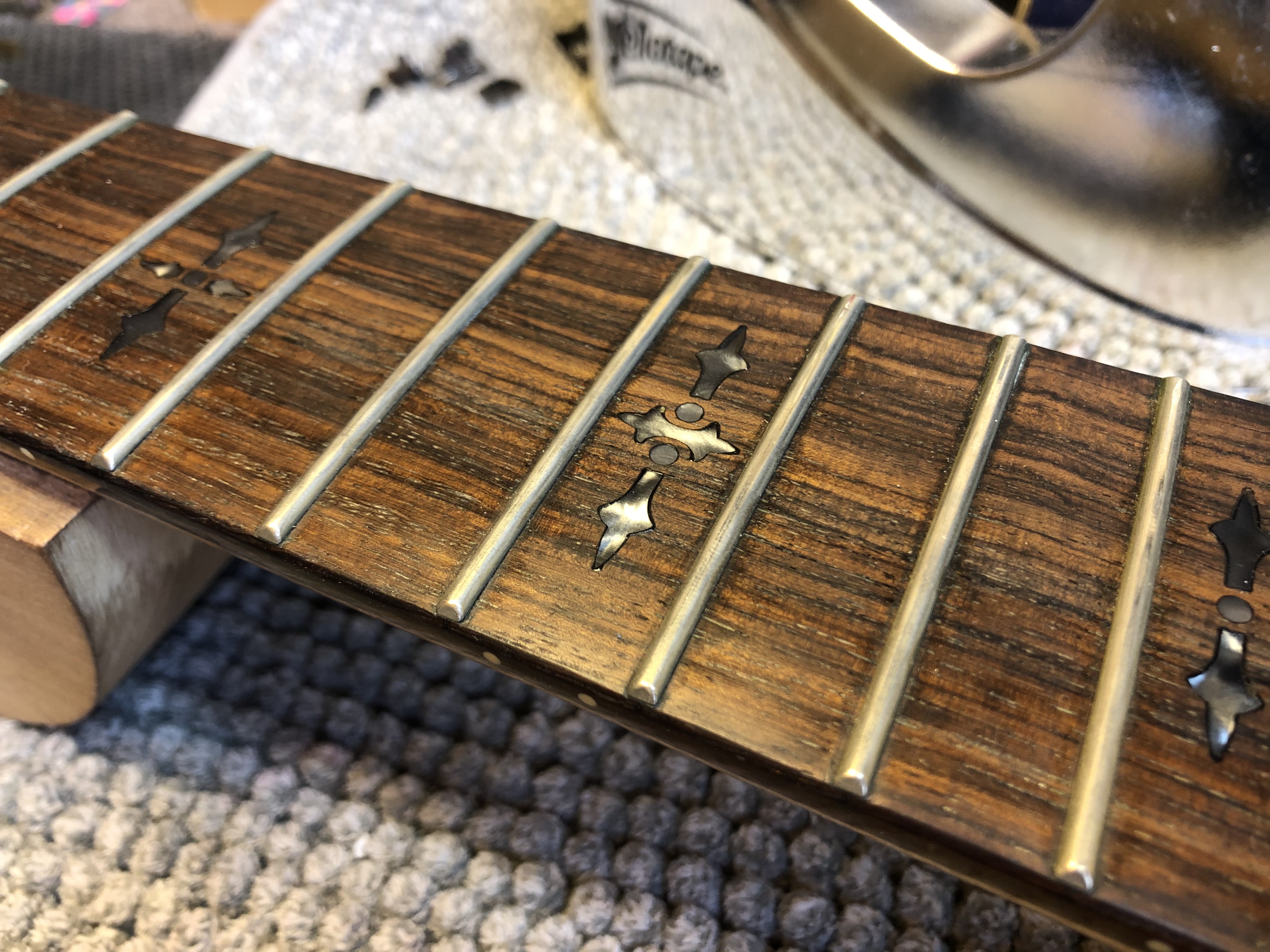 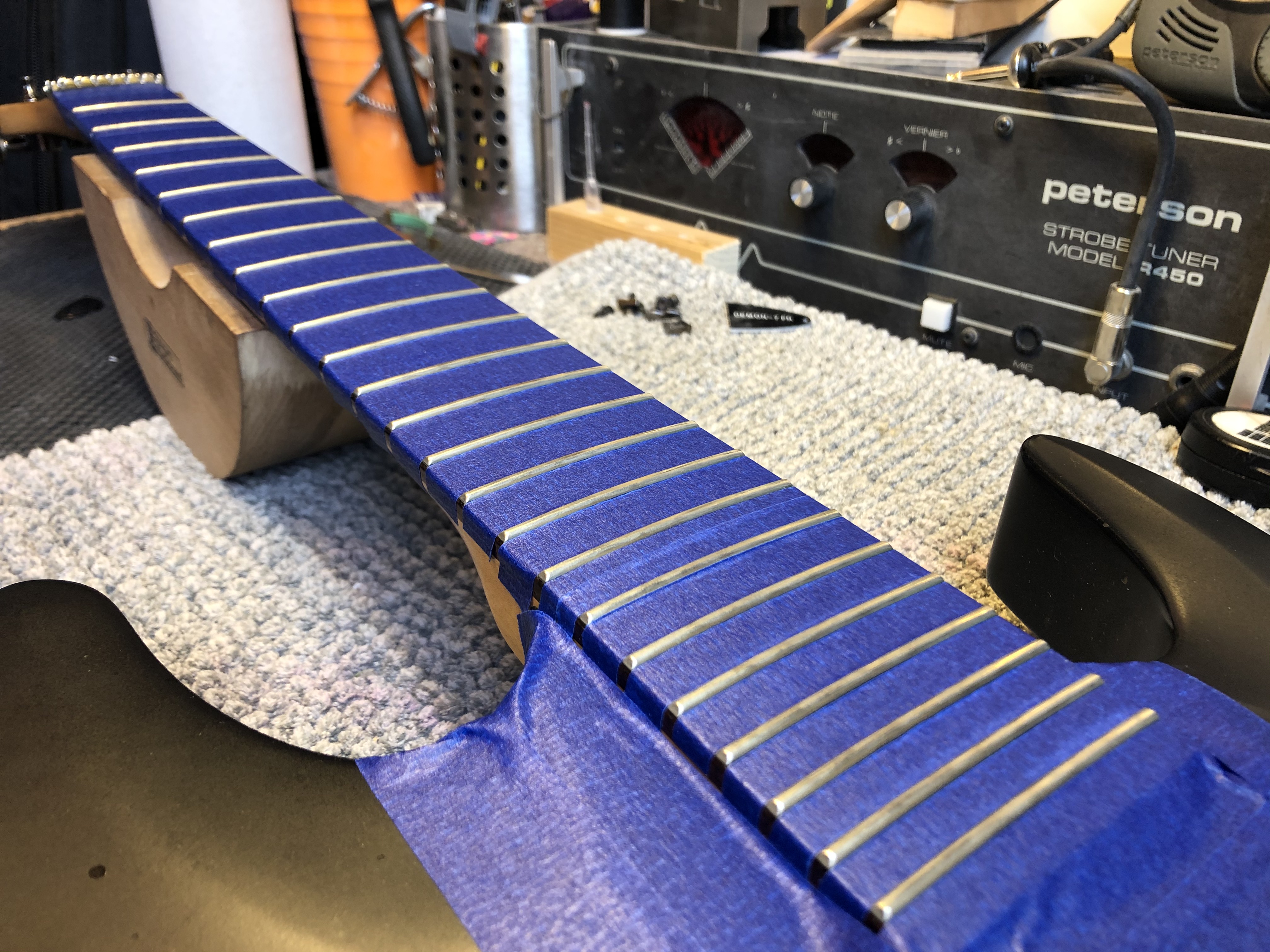 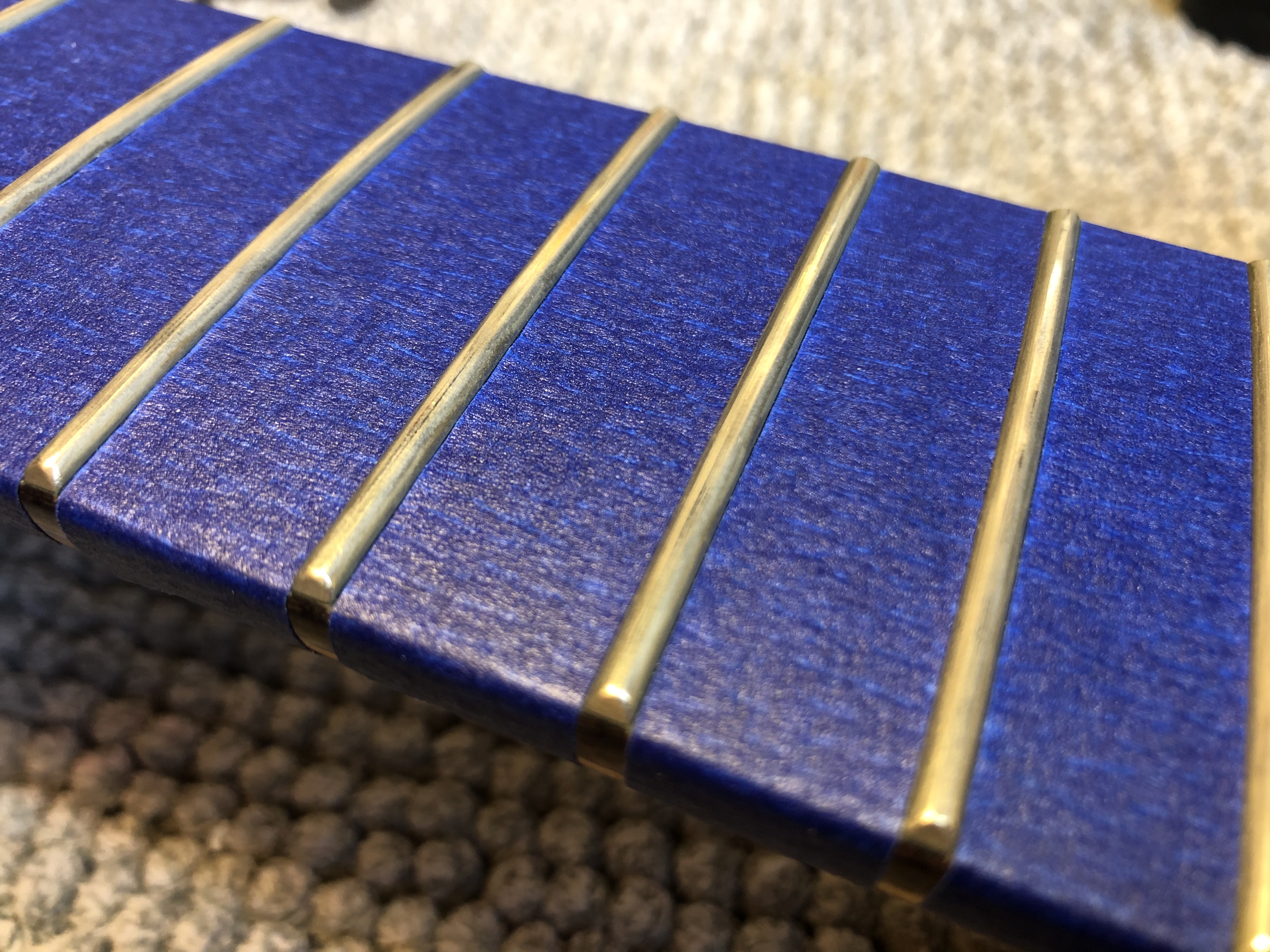 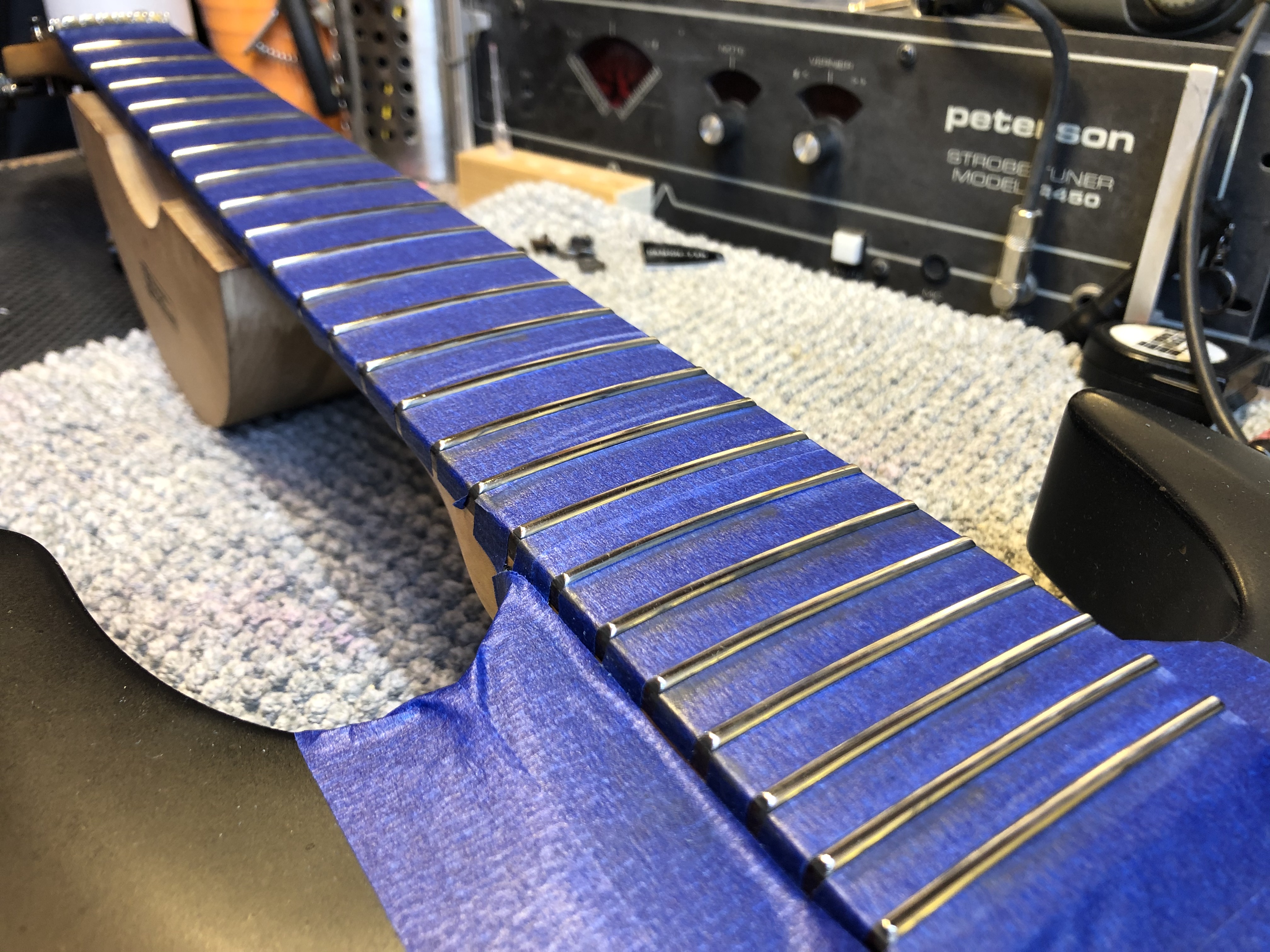 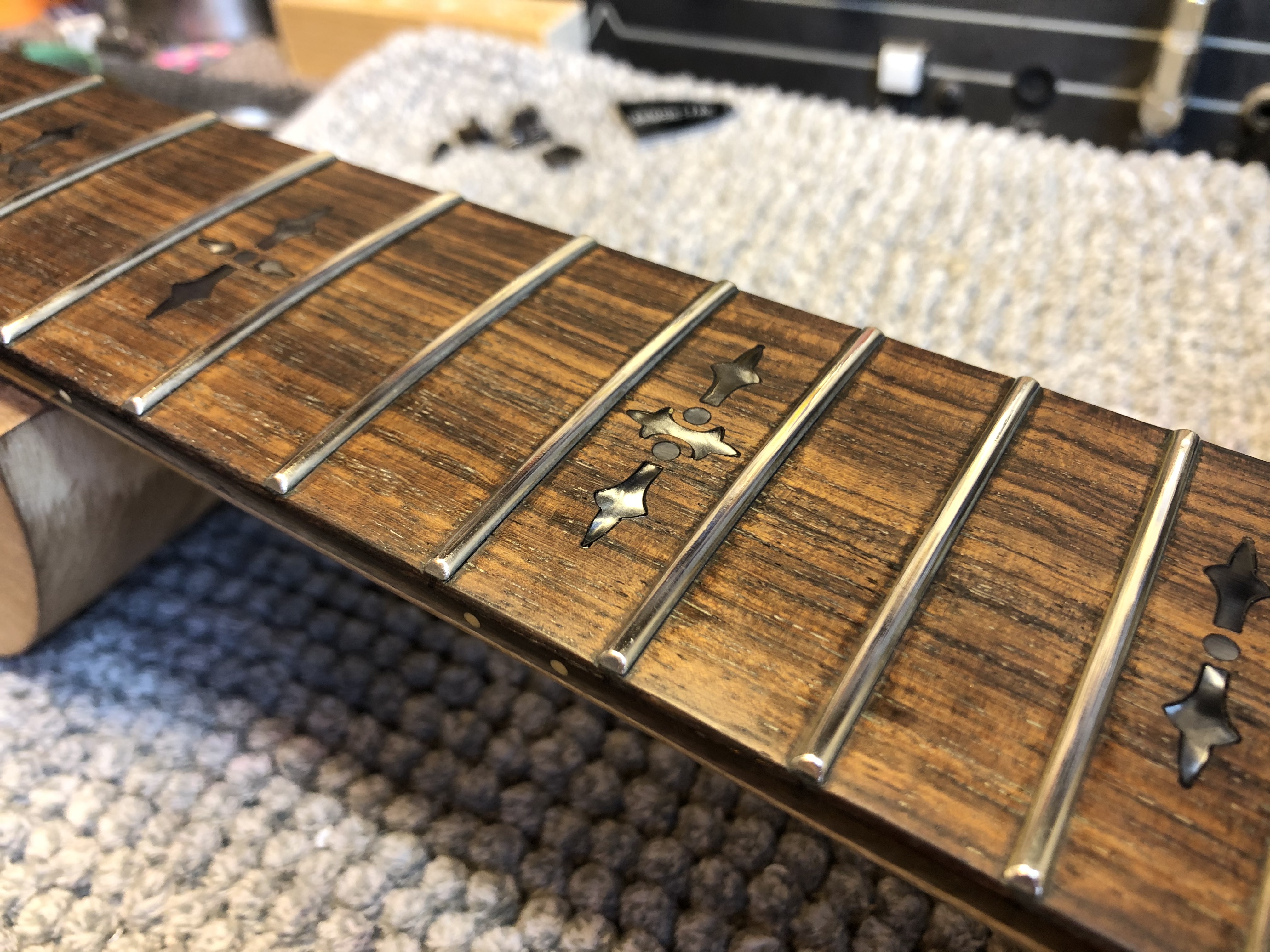 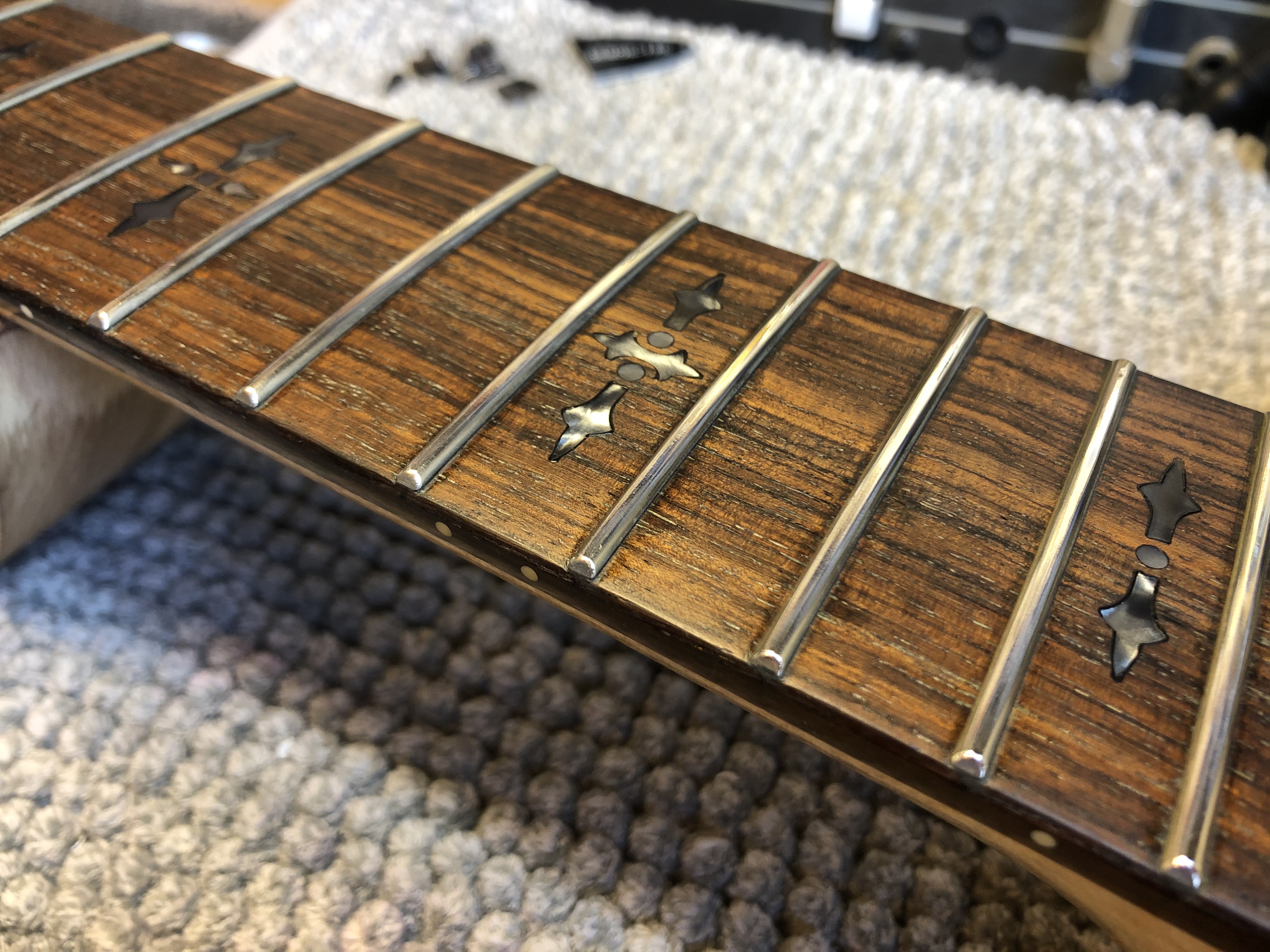 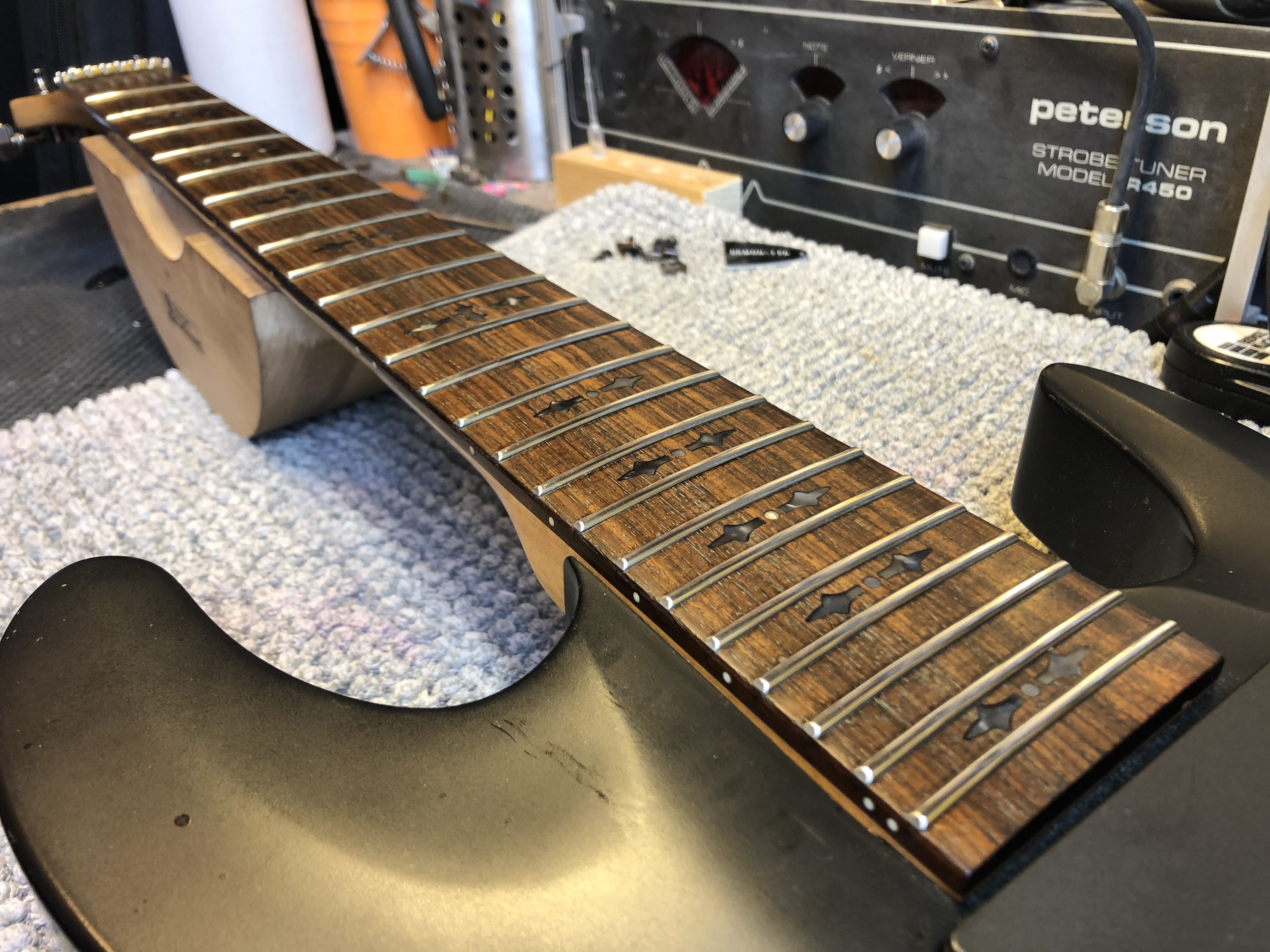 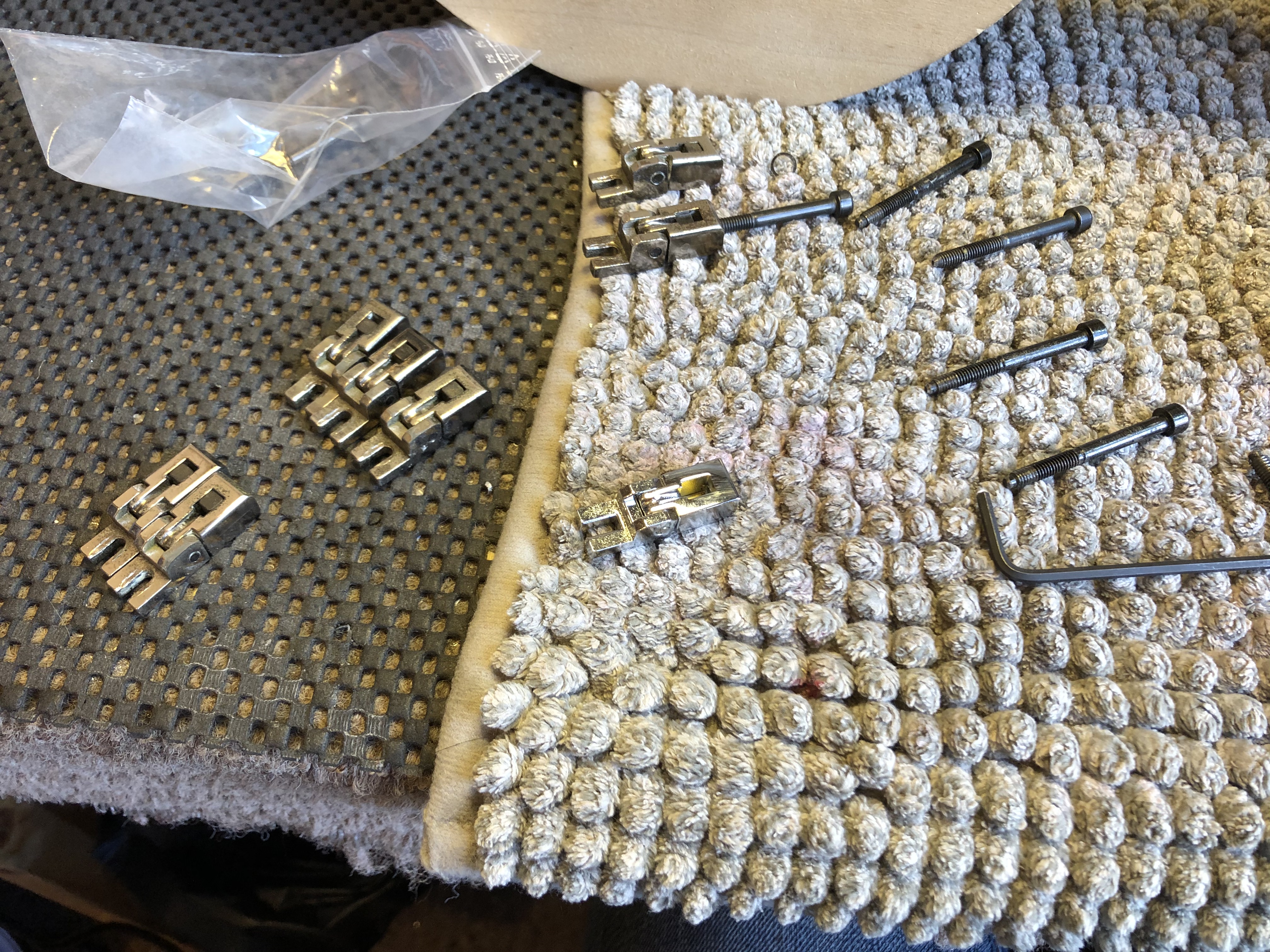 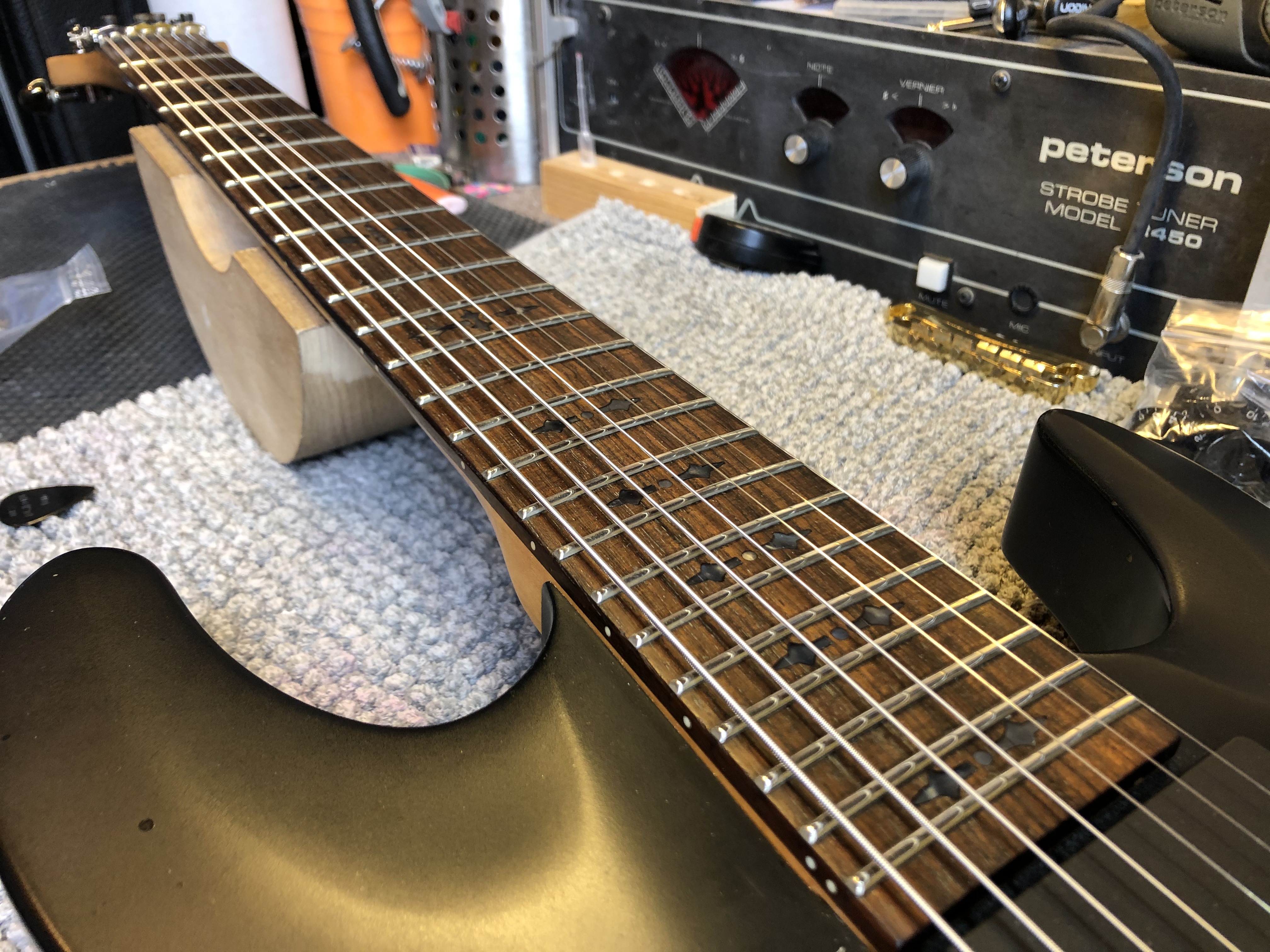 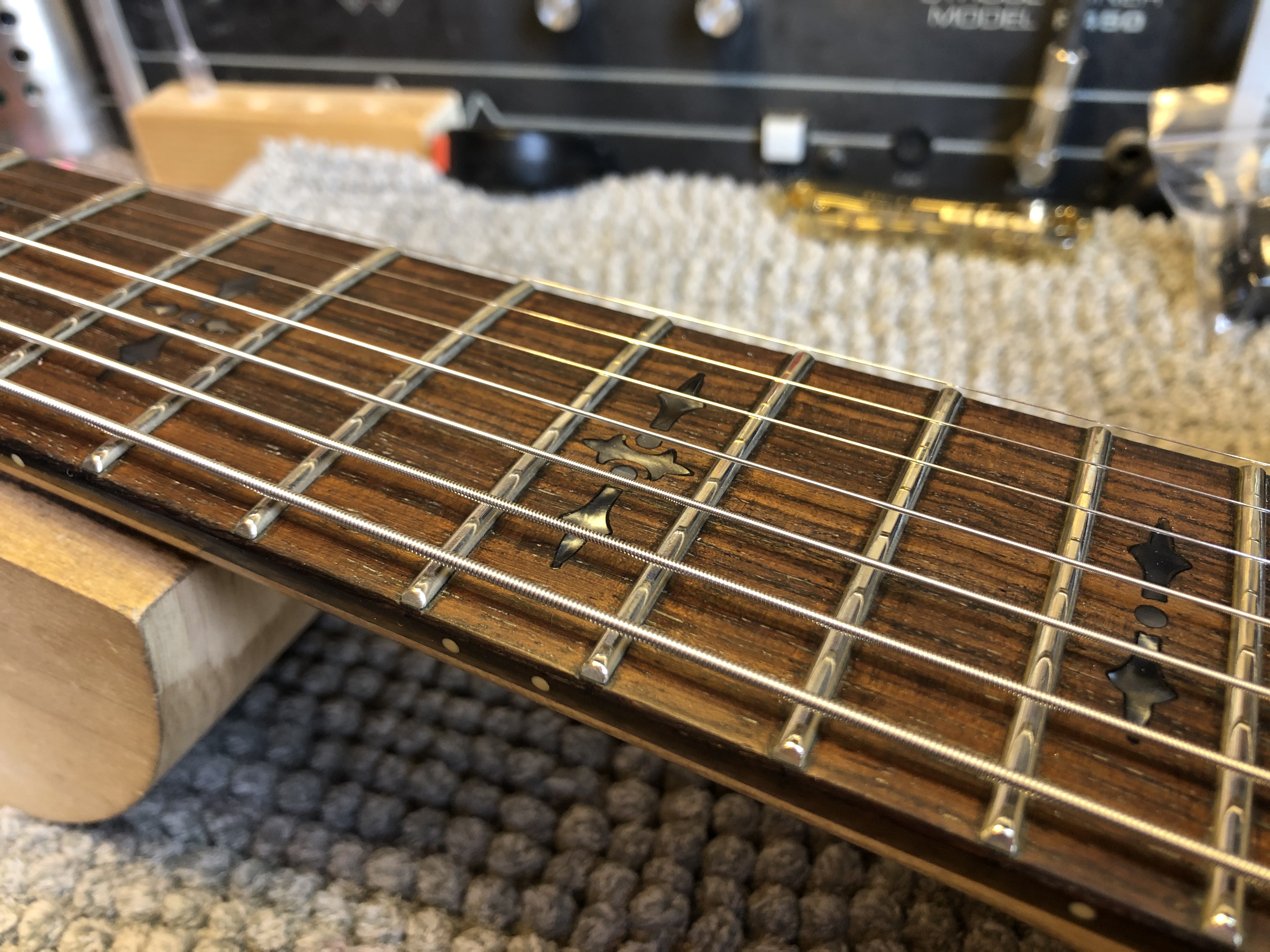 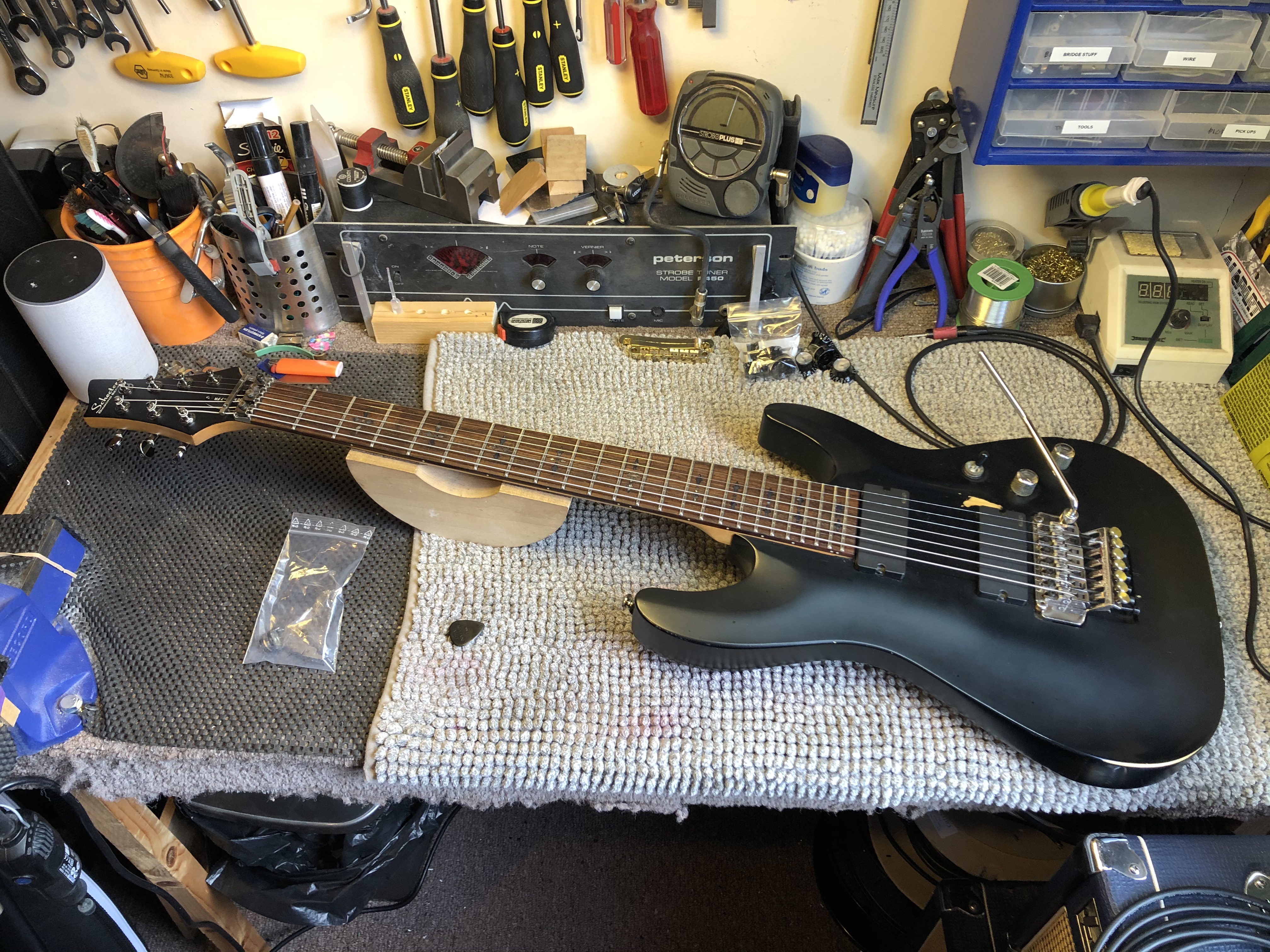