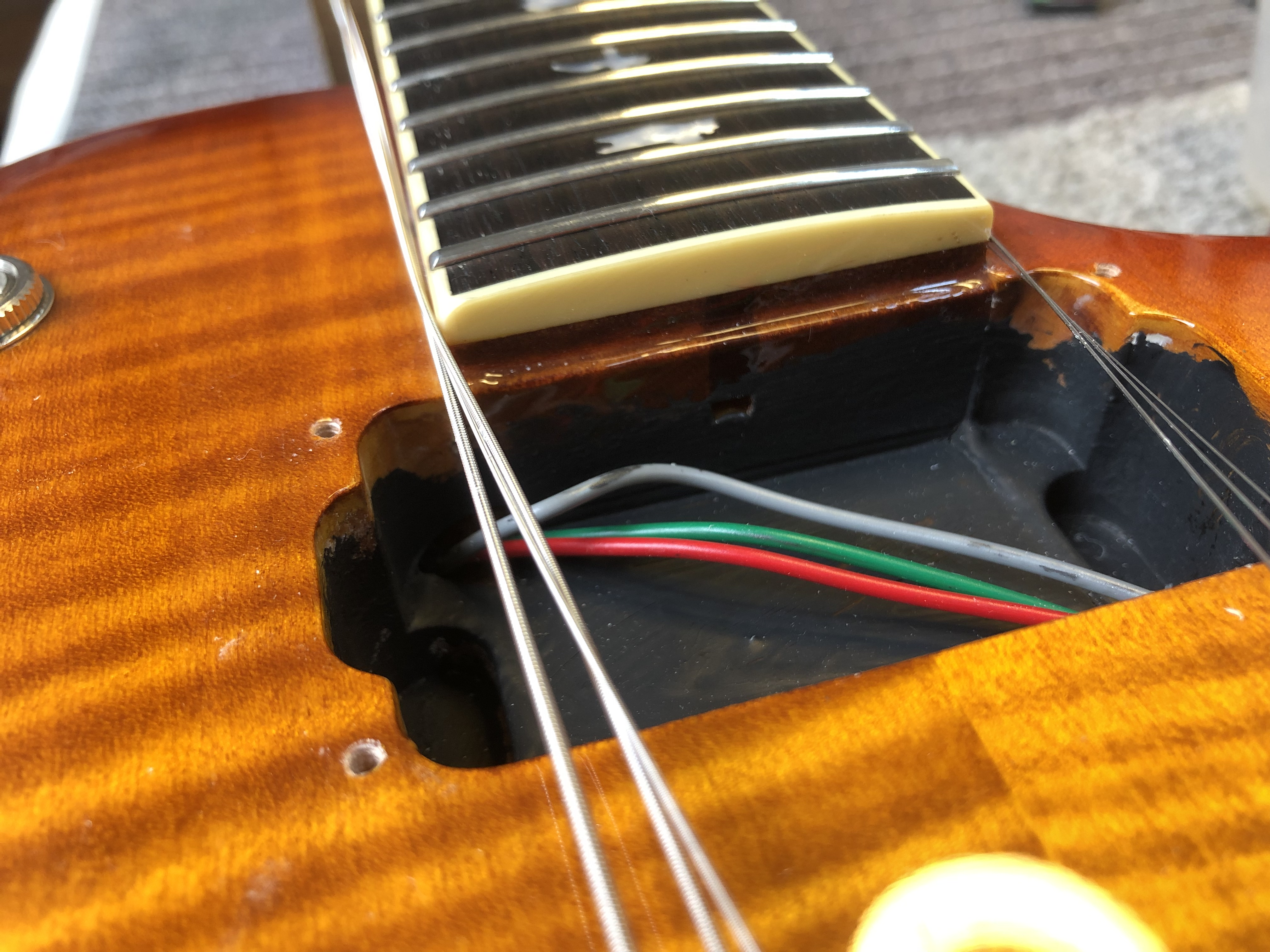 There was a strange rattle on this guitar that had developed after it had been knocked over by a burglar. It appeared to be the true rod, I can only surmise that somehow it had become loose in its slot causing it to vibrate, especially when the G string was played. I tried injecting some wax into the the rod to stop the vibration but unfortunately this wasn’t successful, any further attempts I felt would cause more issues while not guaranteeing to fix the problem. I set the guitar up, and the noise is not audible through an amp so still perfectly serviceable. 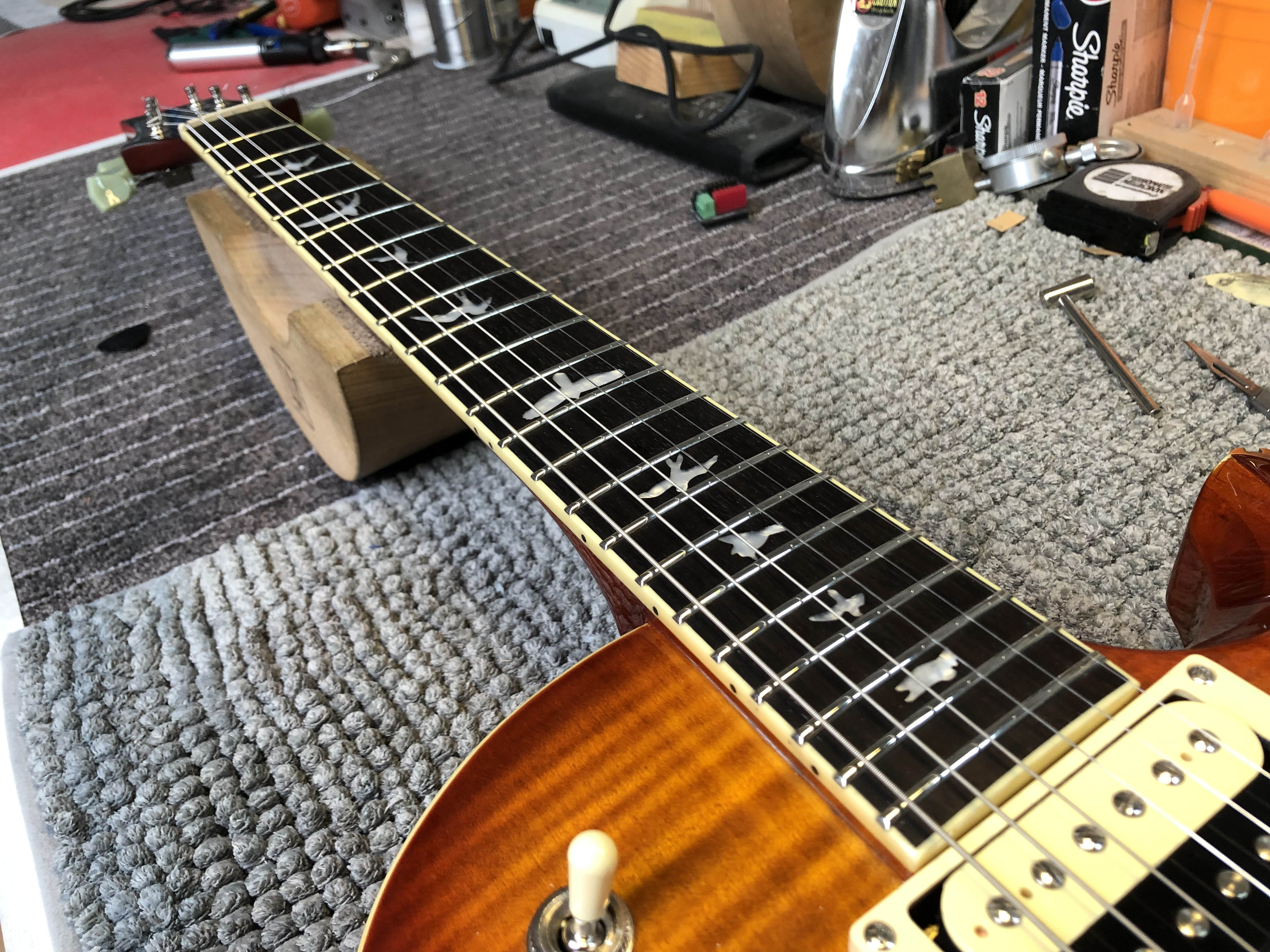 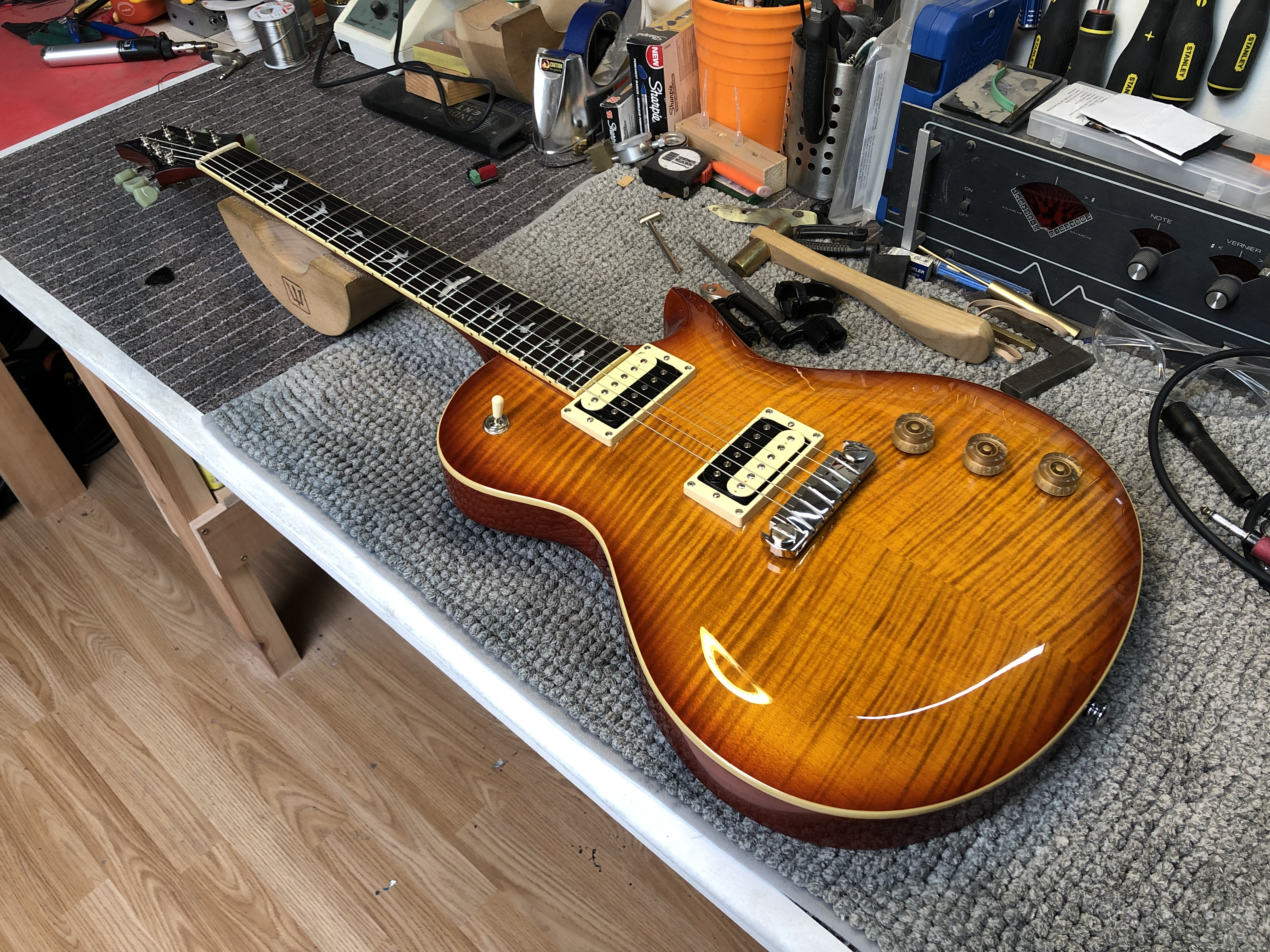 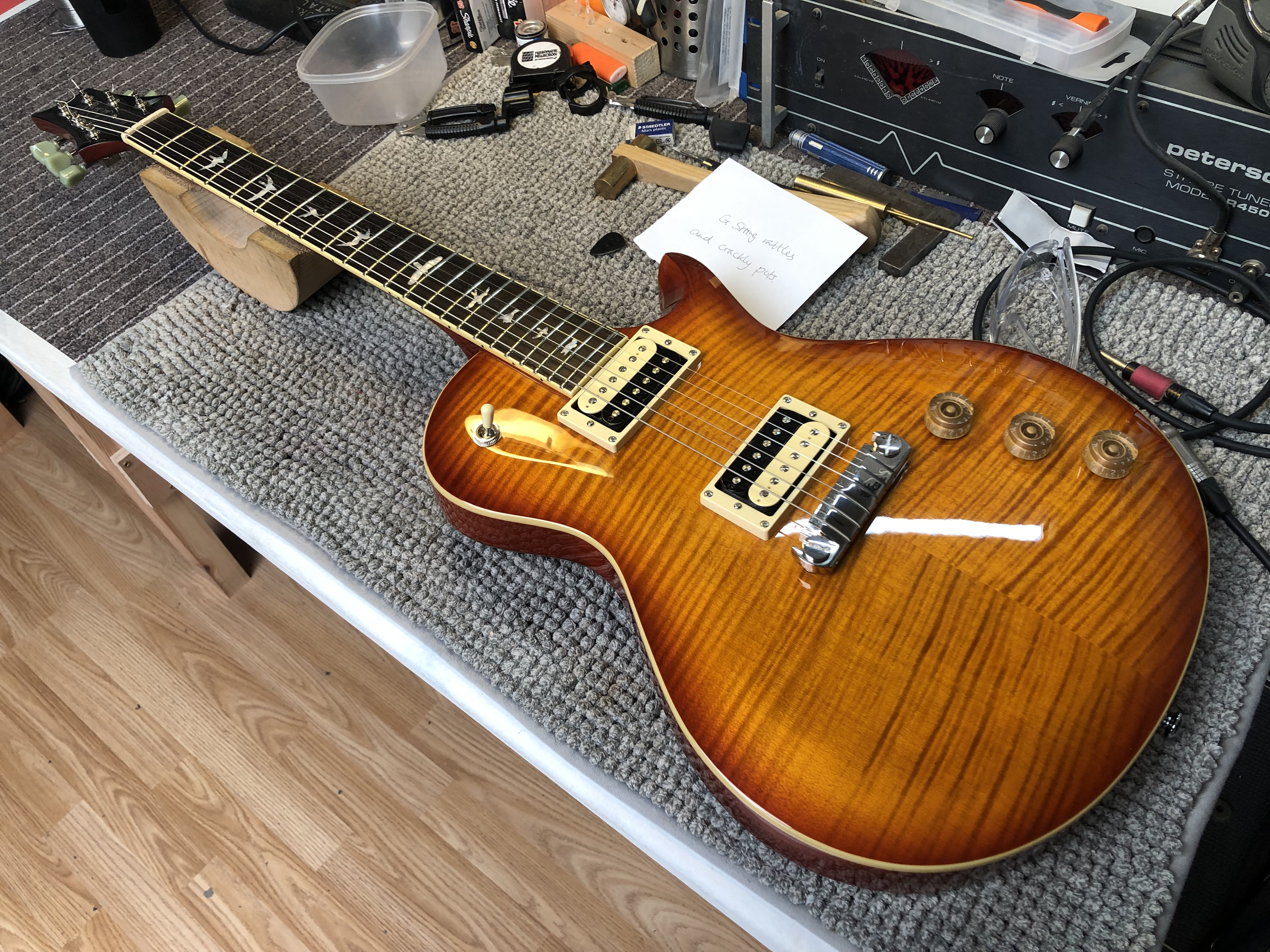 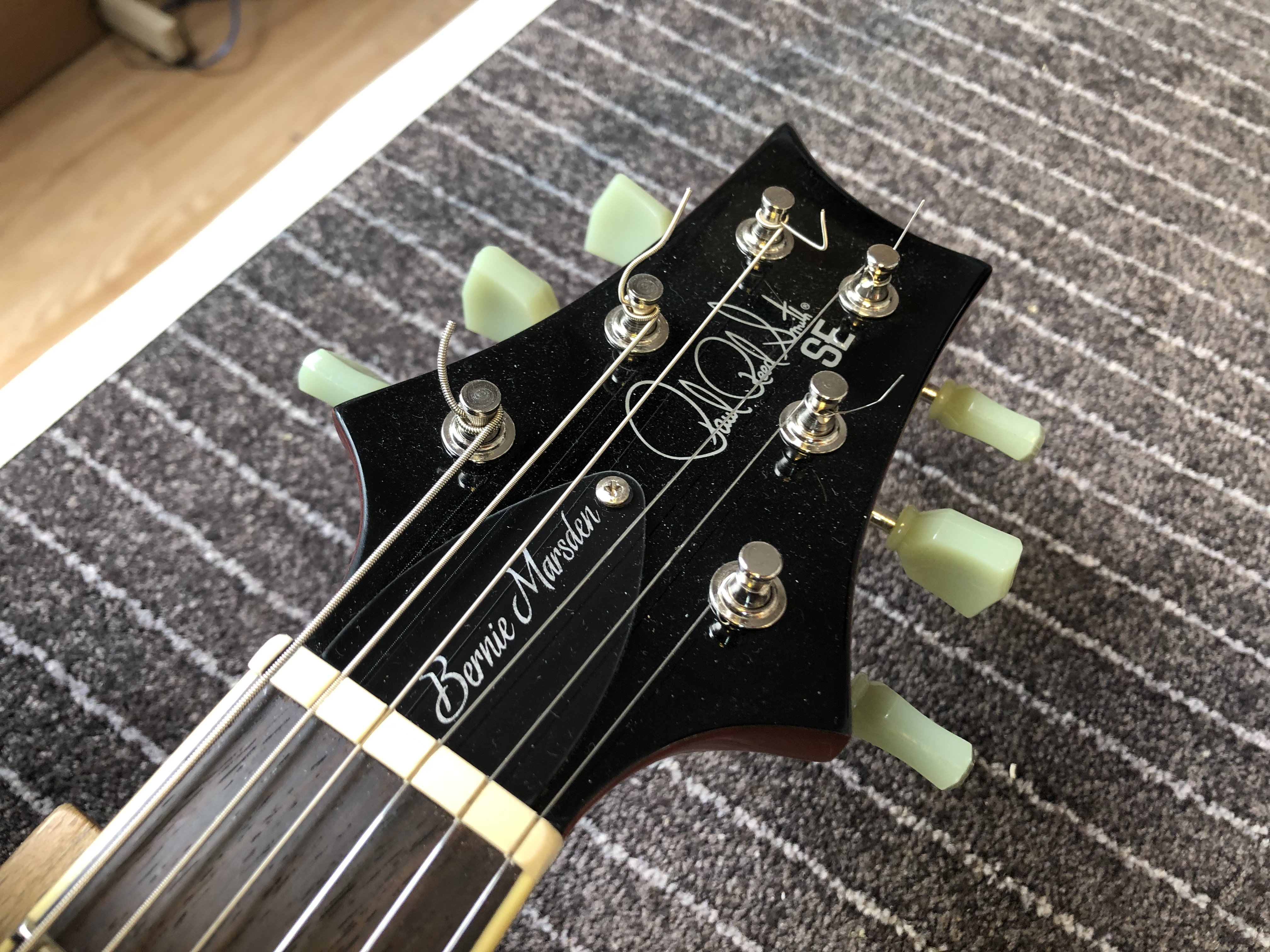 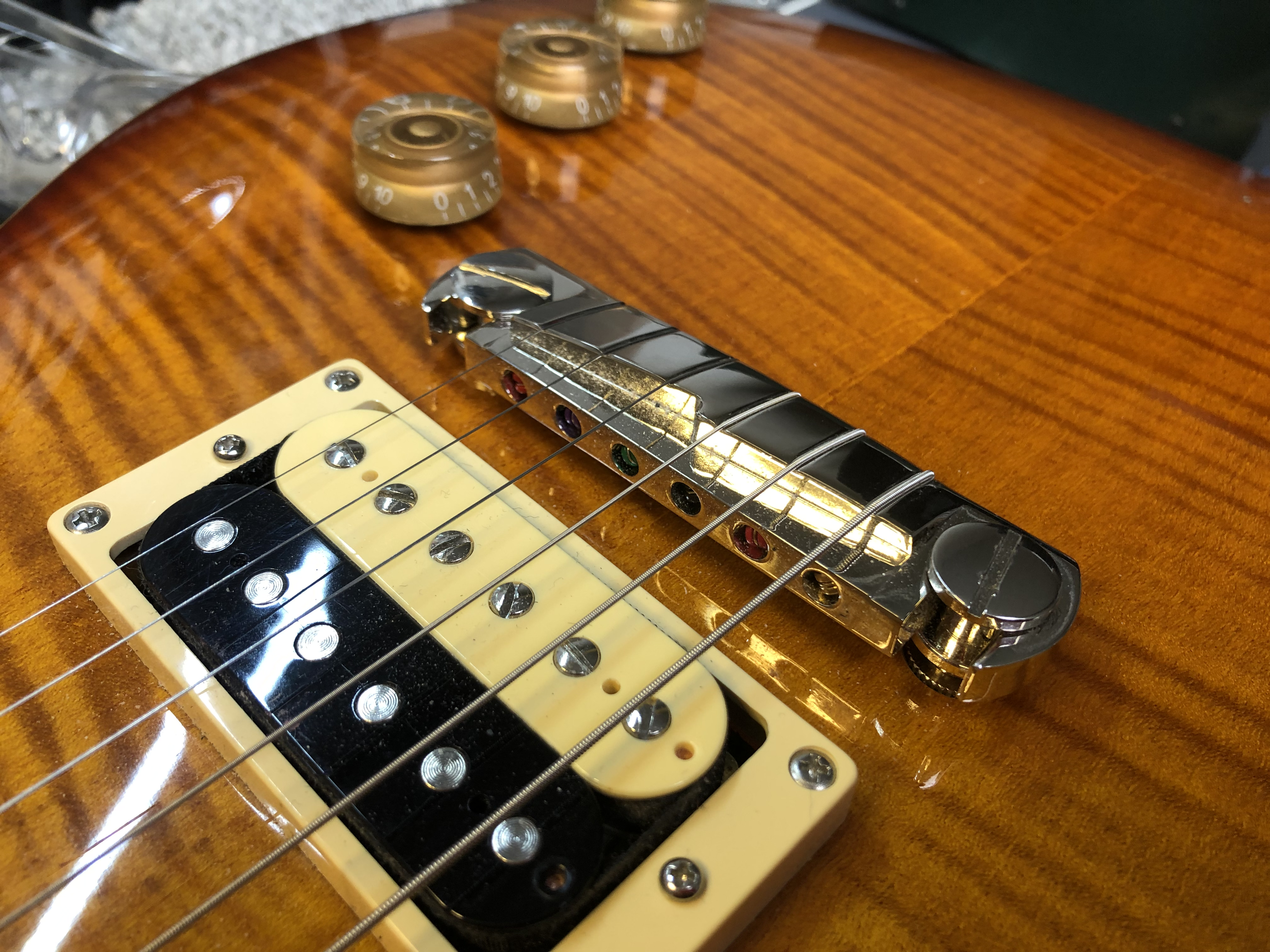 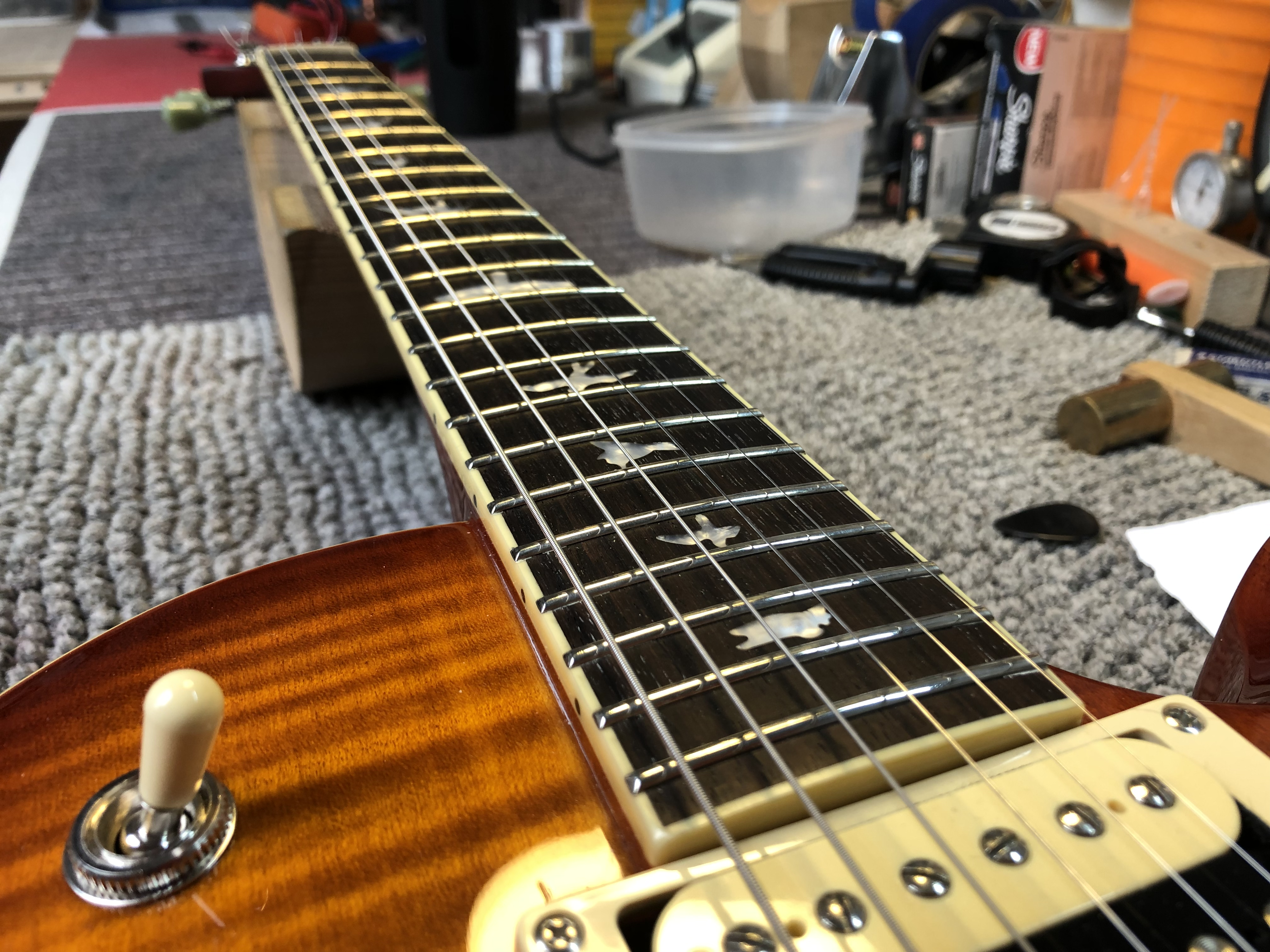 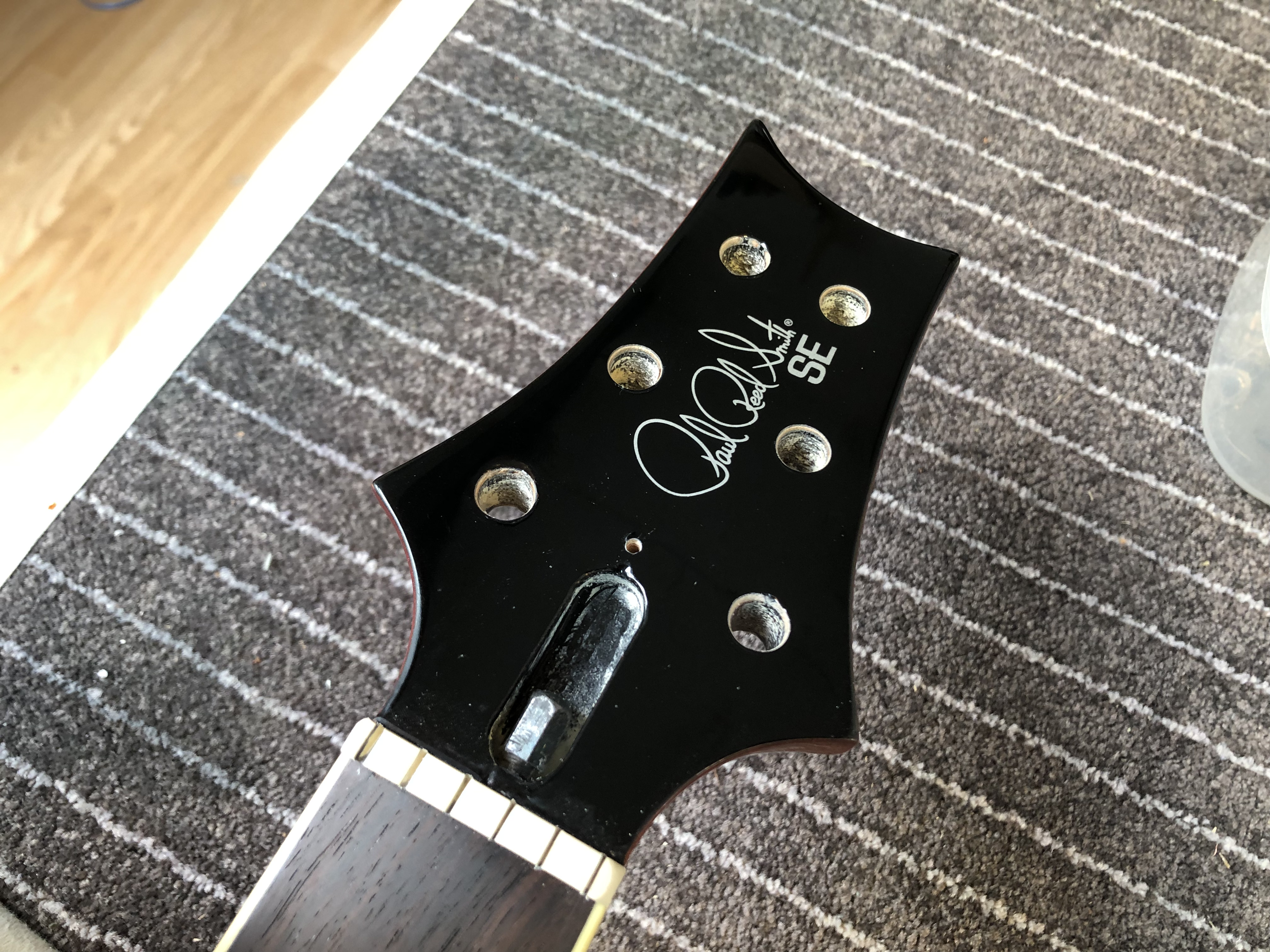 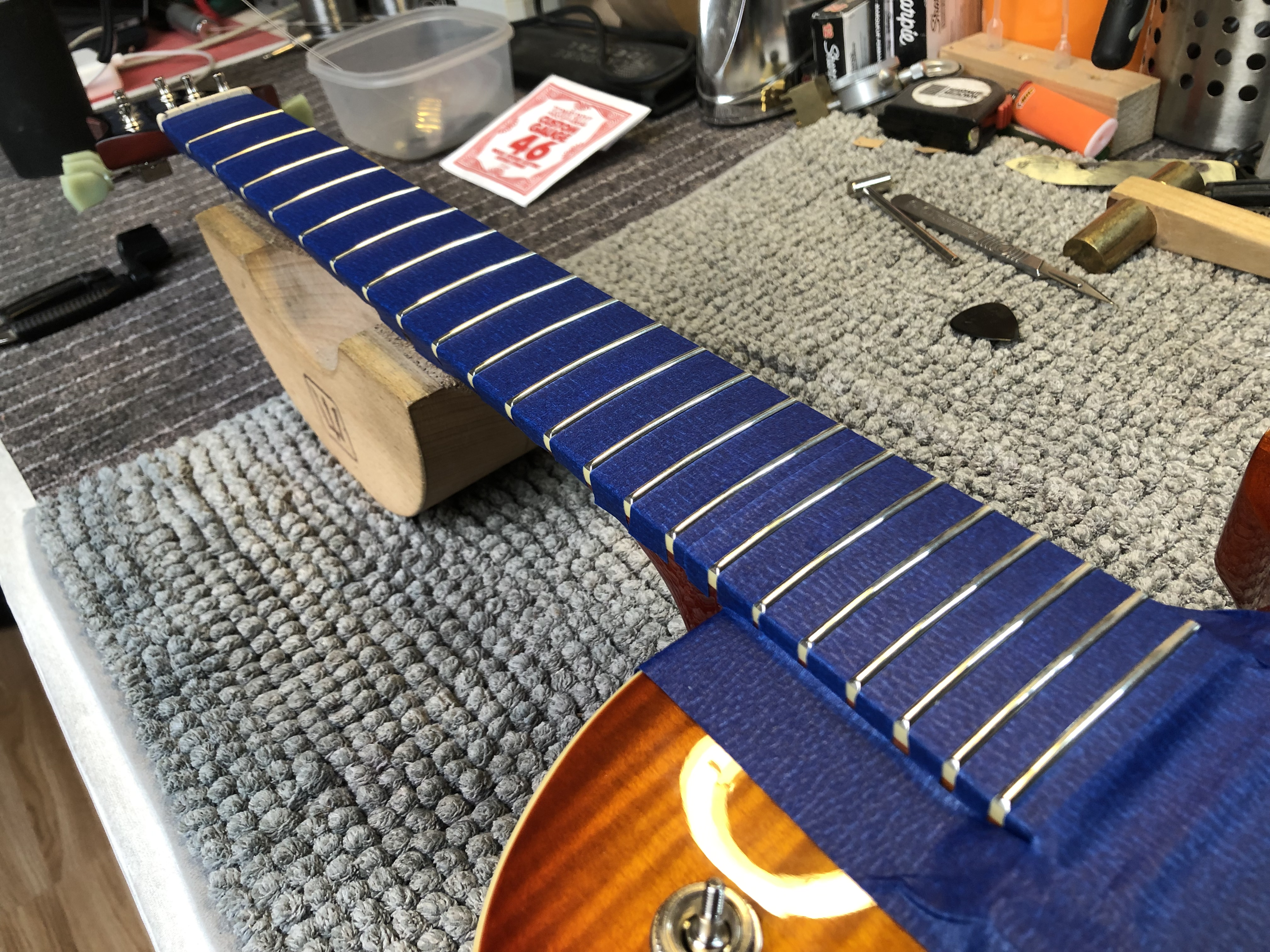 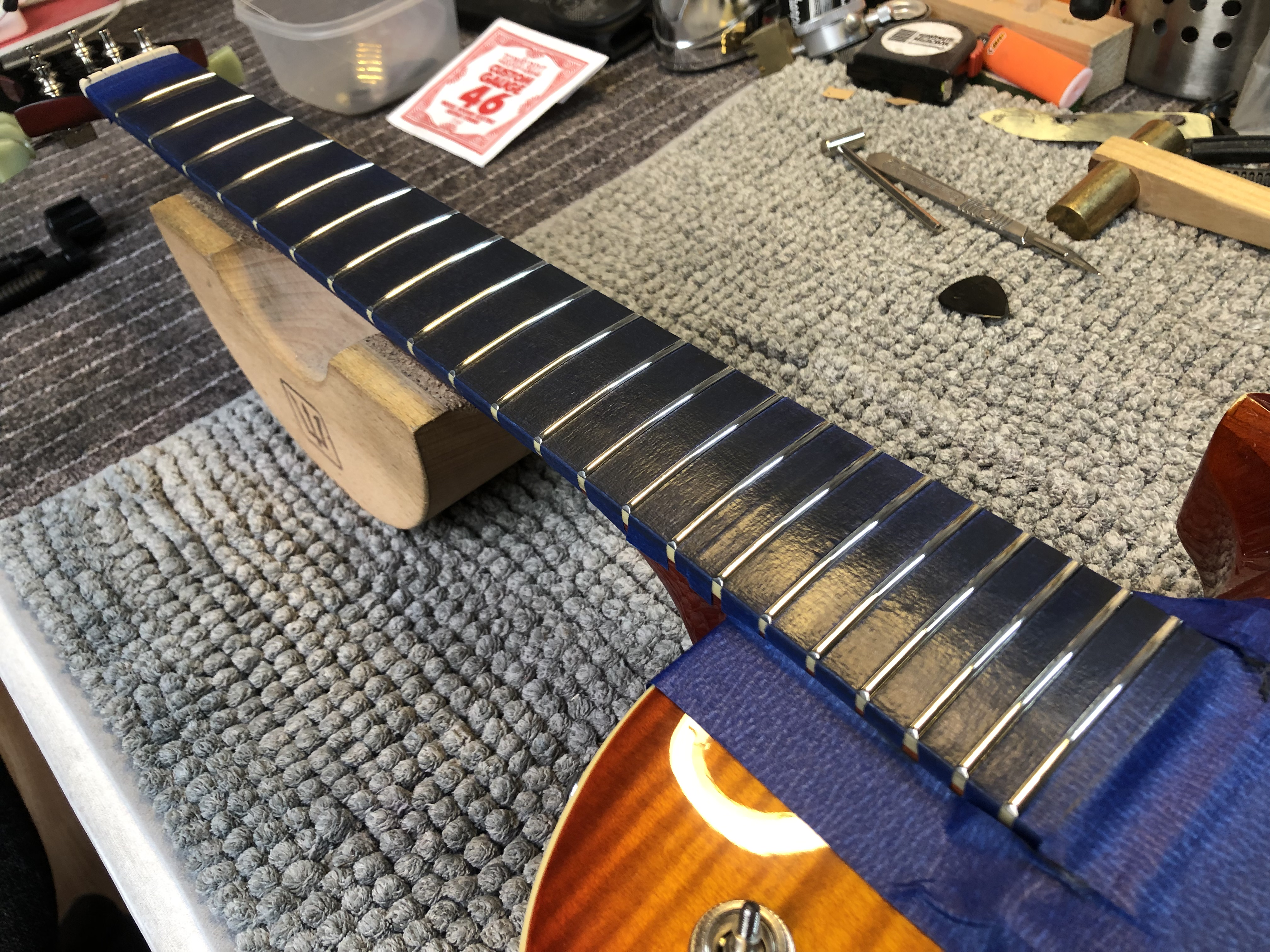