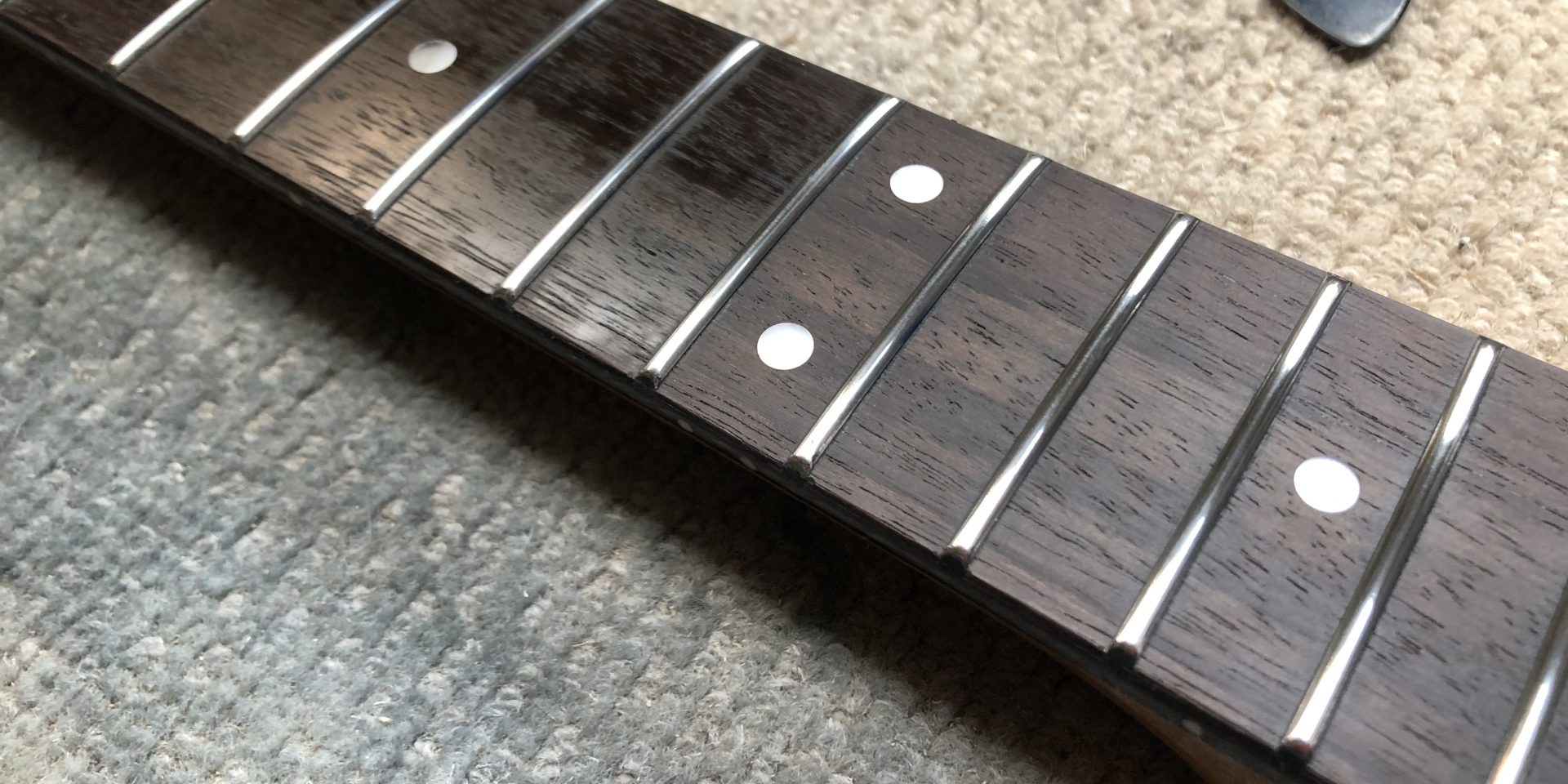 This Partscaster was a project that the owner took as far as they were confident and then brought it to me, initially for some work on the nut. On inspection I found the frets were quite uneven and recommended a fret level. There was also a crack in the headstock, near the tuners. Possibly caused by the pilots heels for the screws nit being big enough or the tuning machine grommets? I attempted to do a quick repair but unfortunately when I reassembled it did open up again. Not really a massive issue and putting it right wouldn’t be cost affective… it doesn’t bother me though. 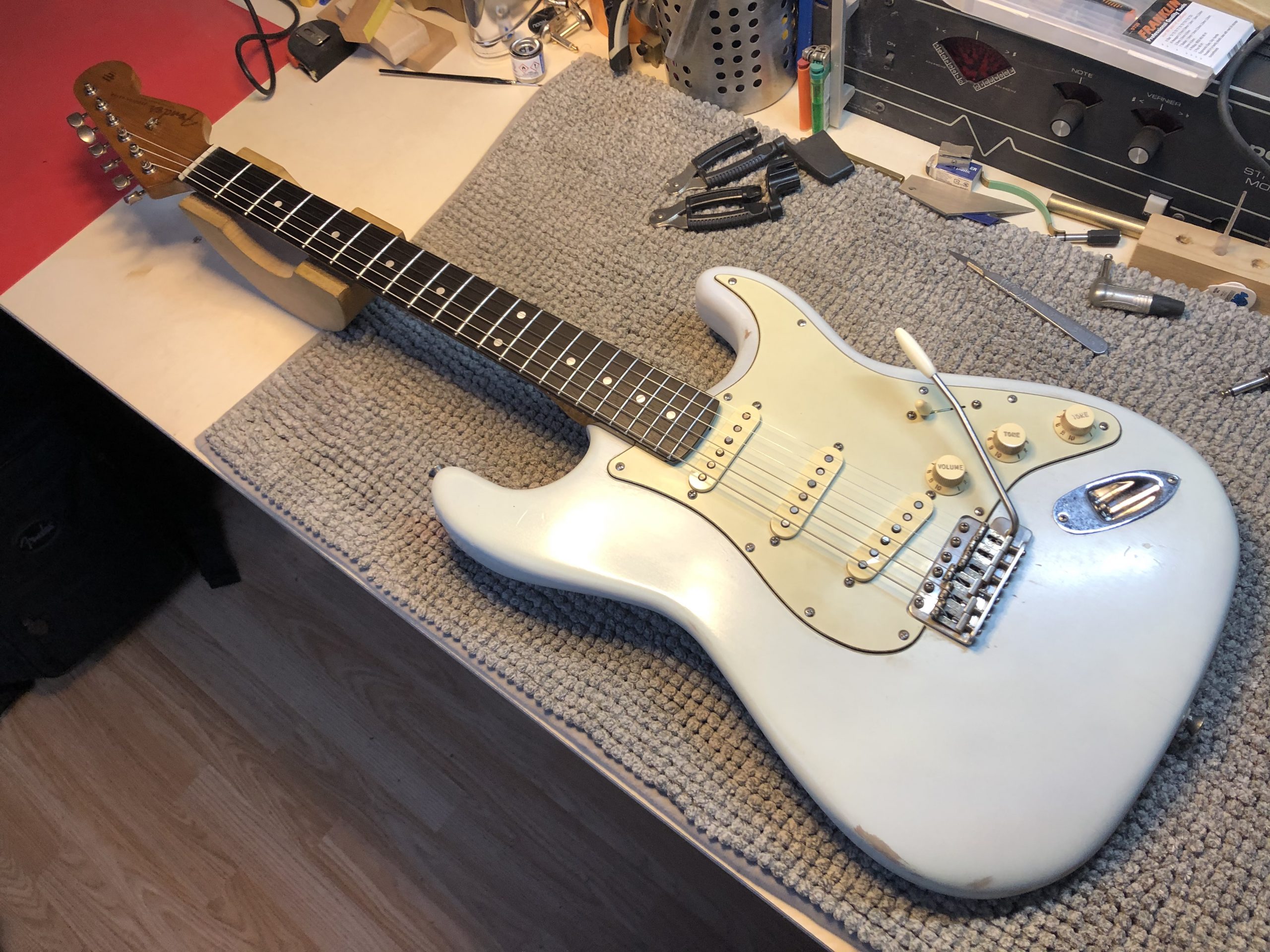 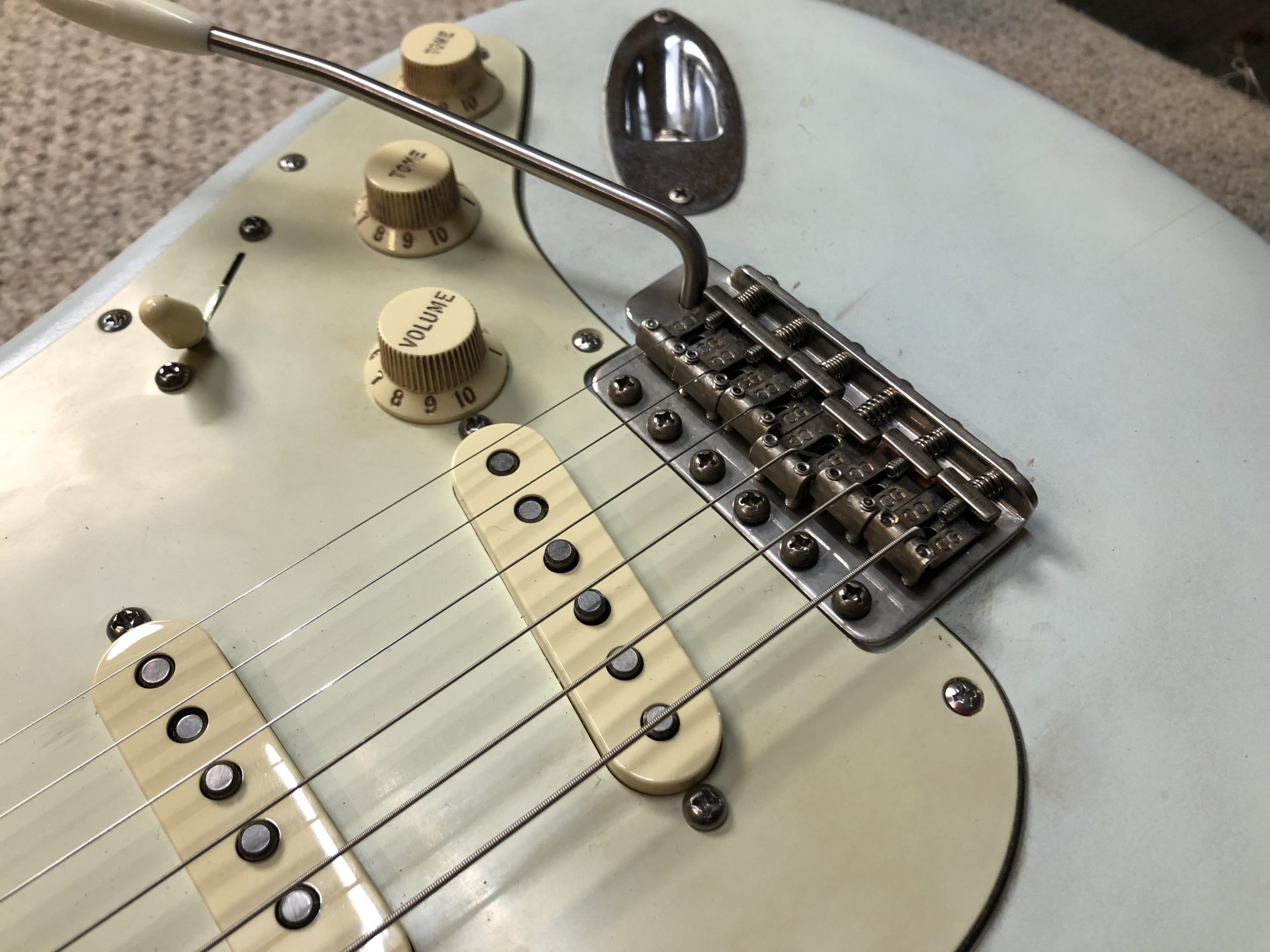 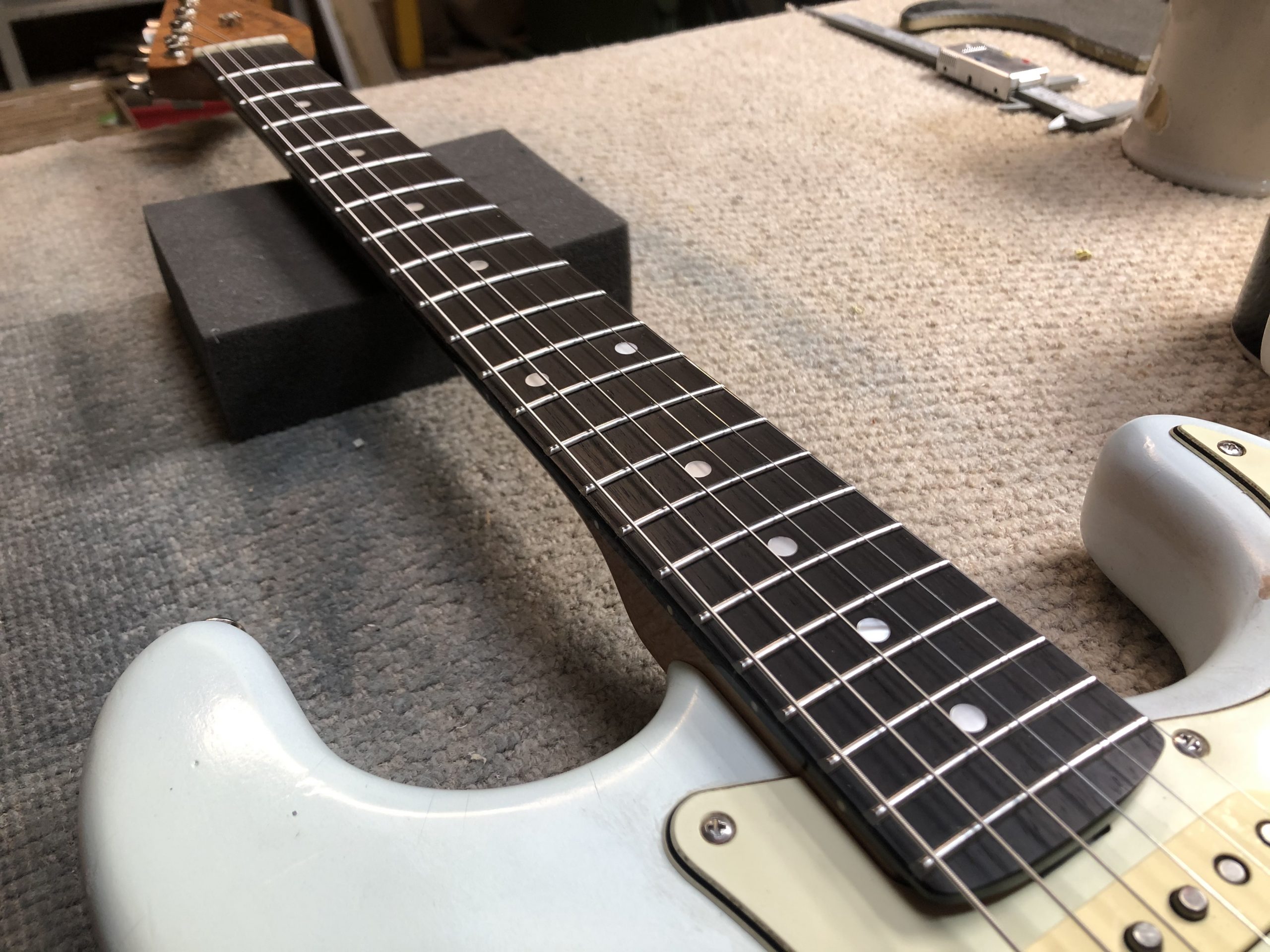 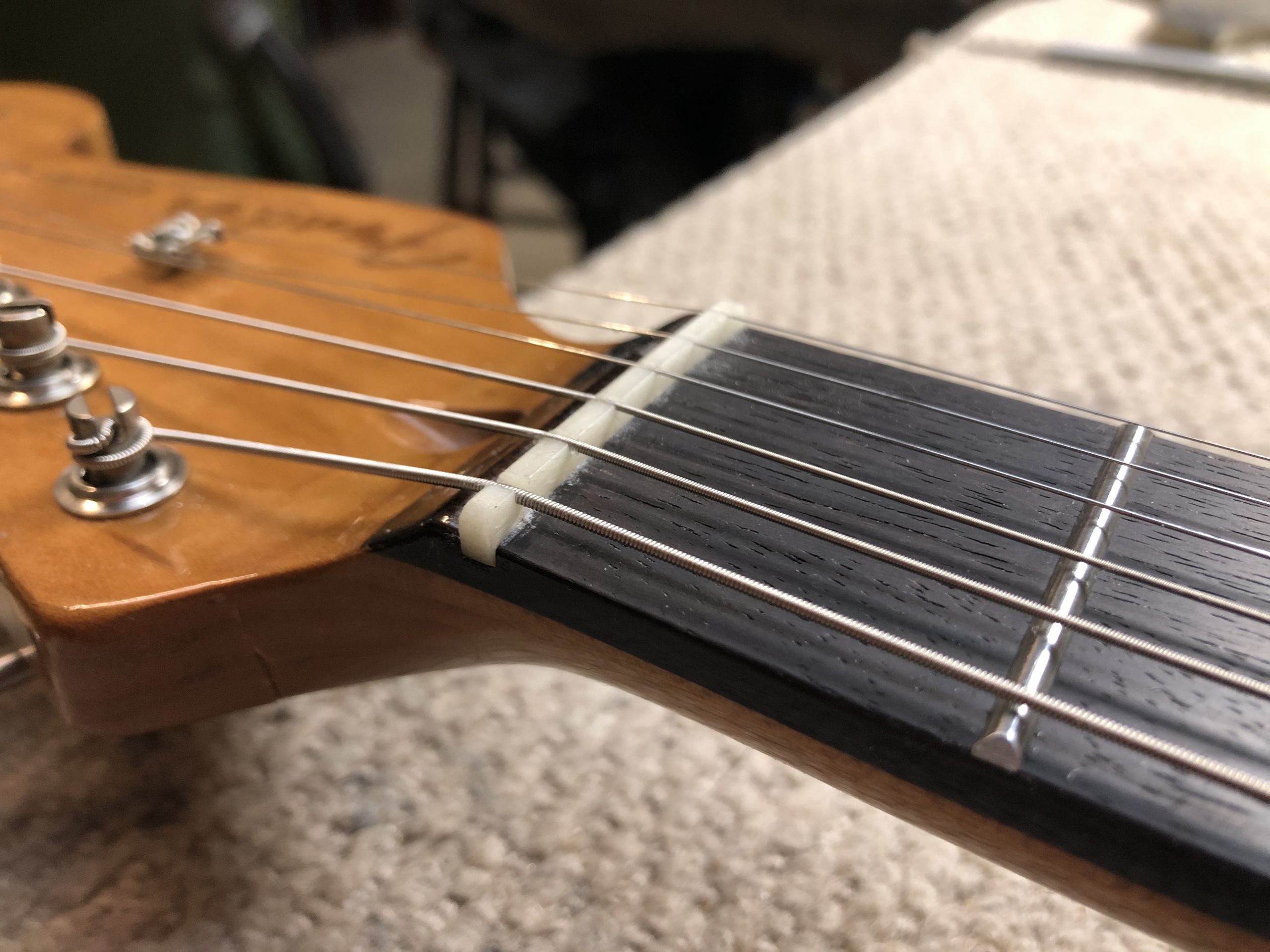 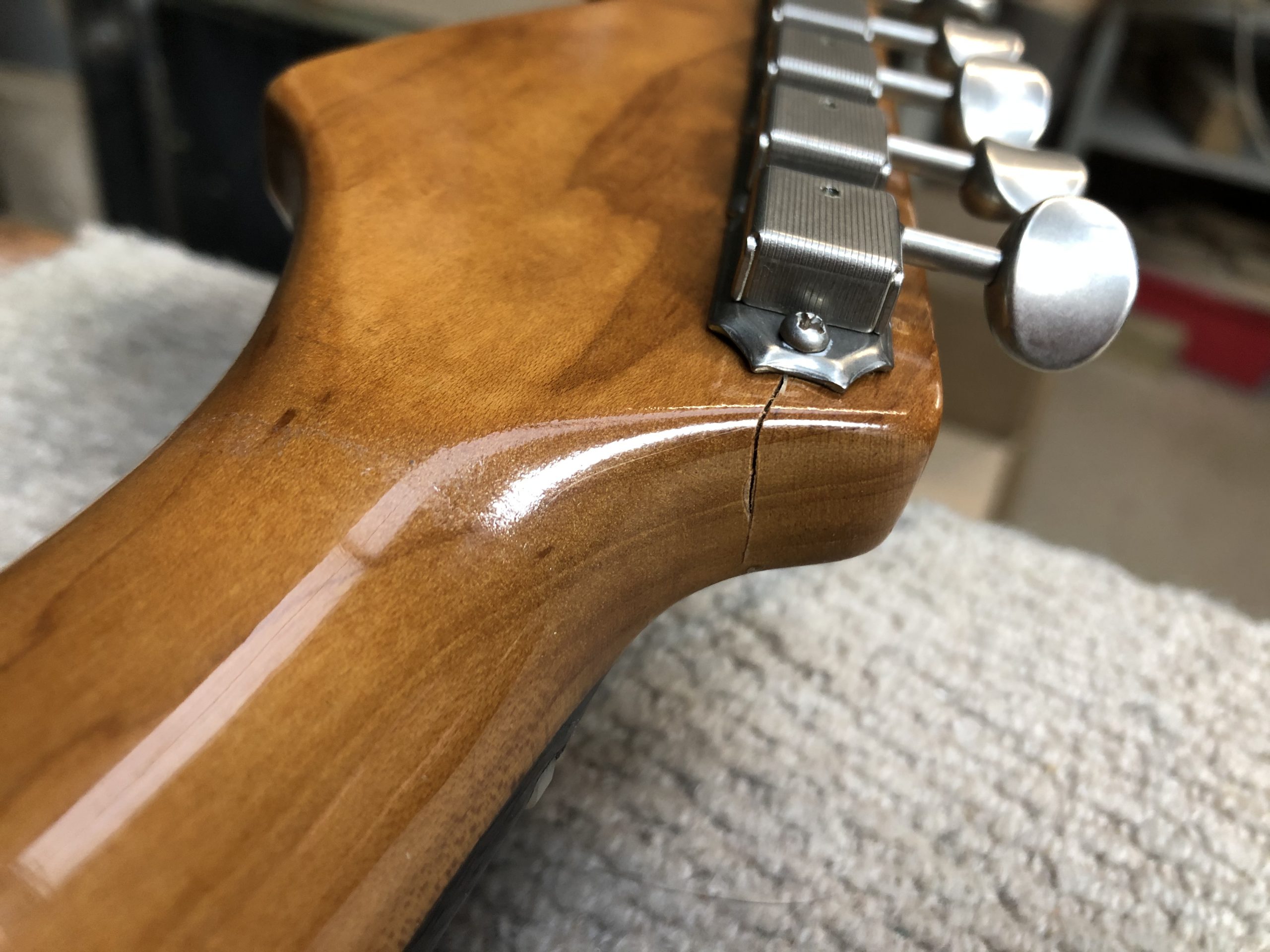 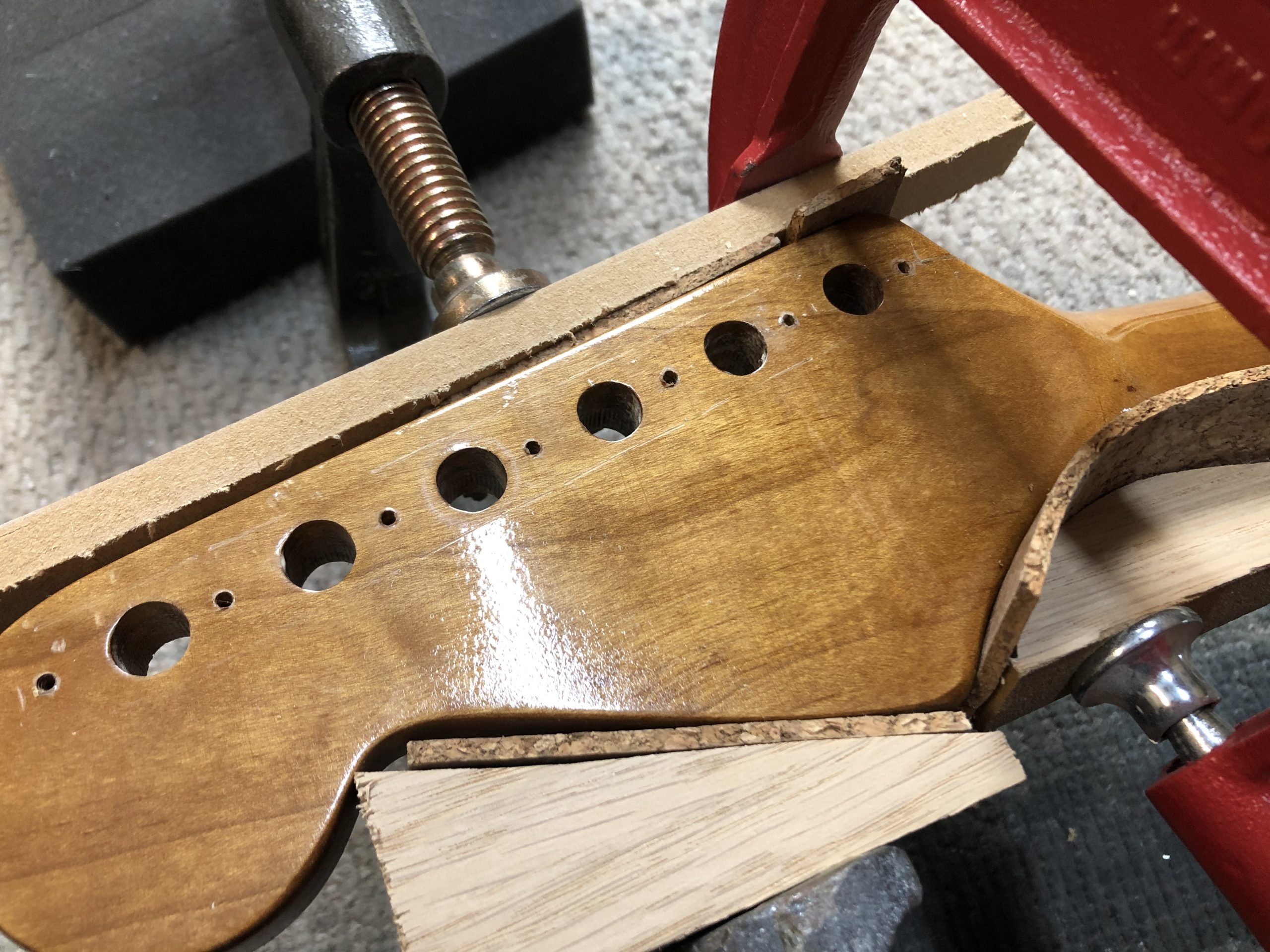 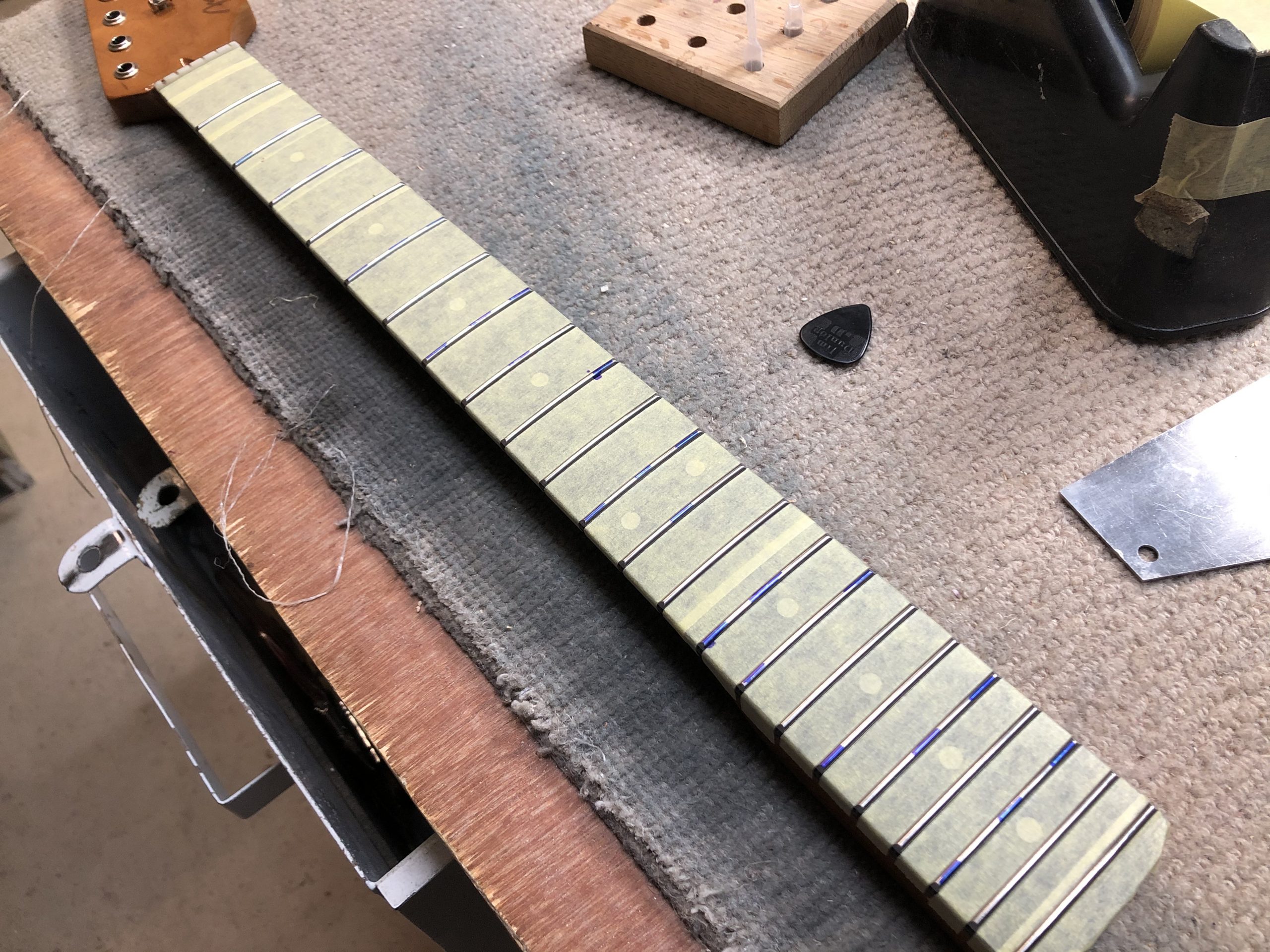 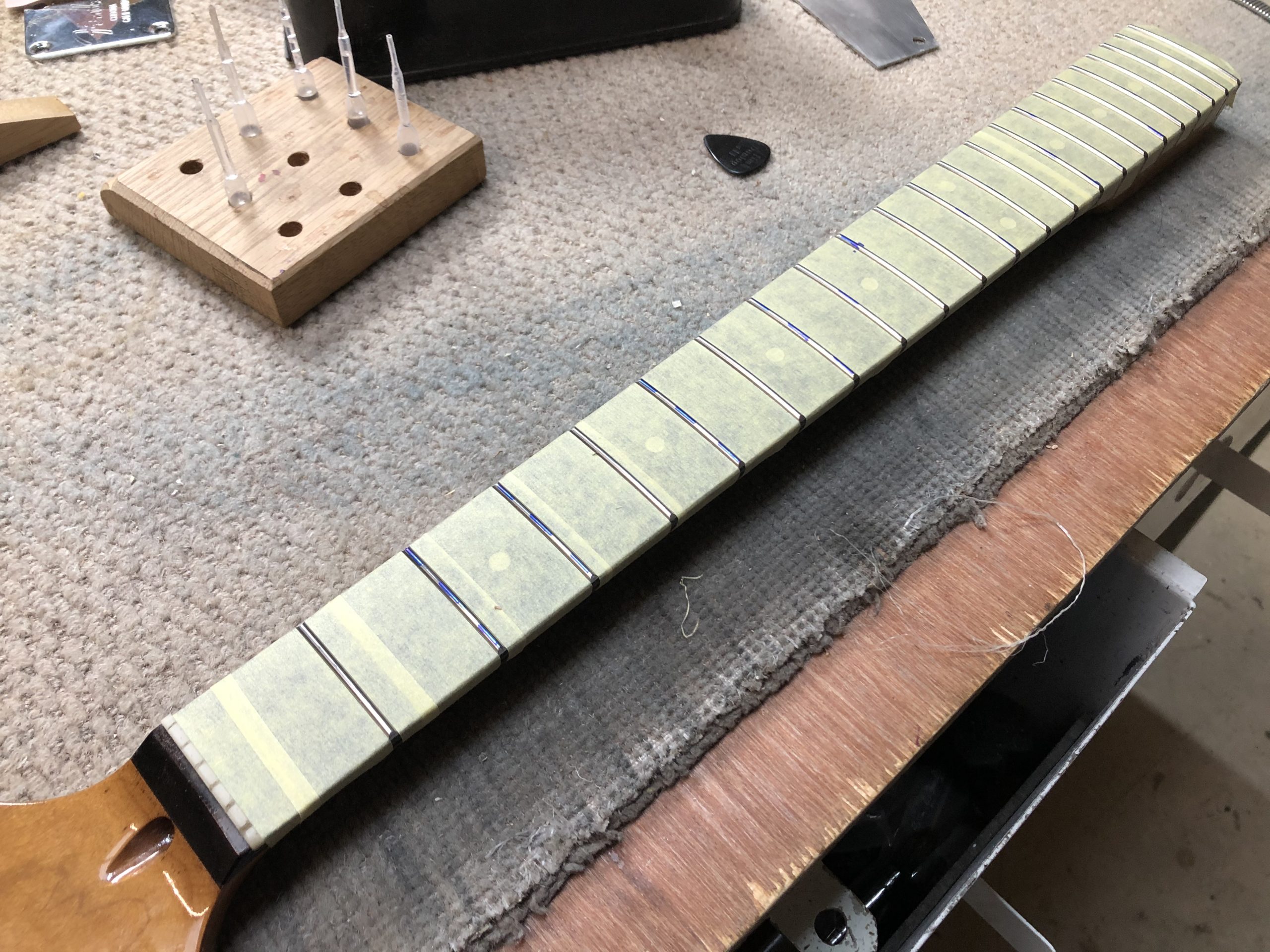 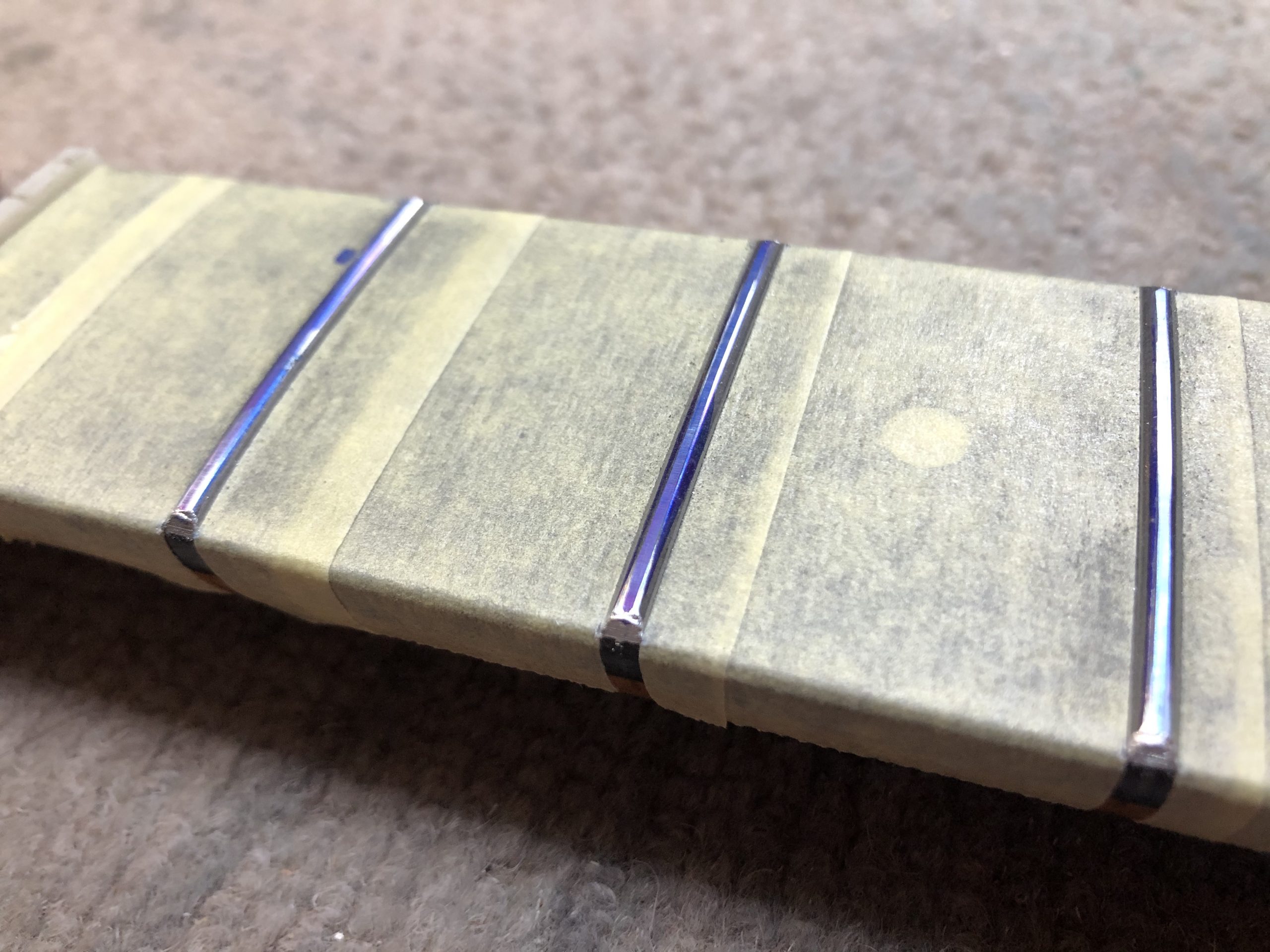 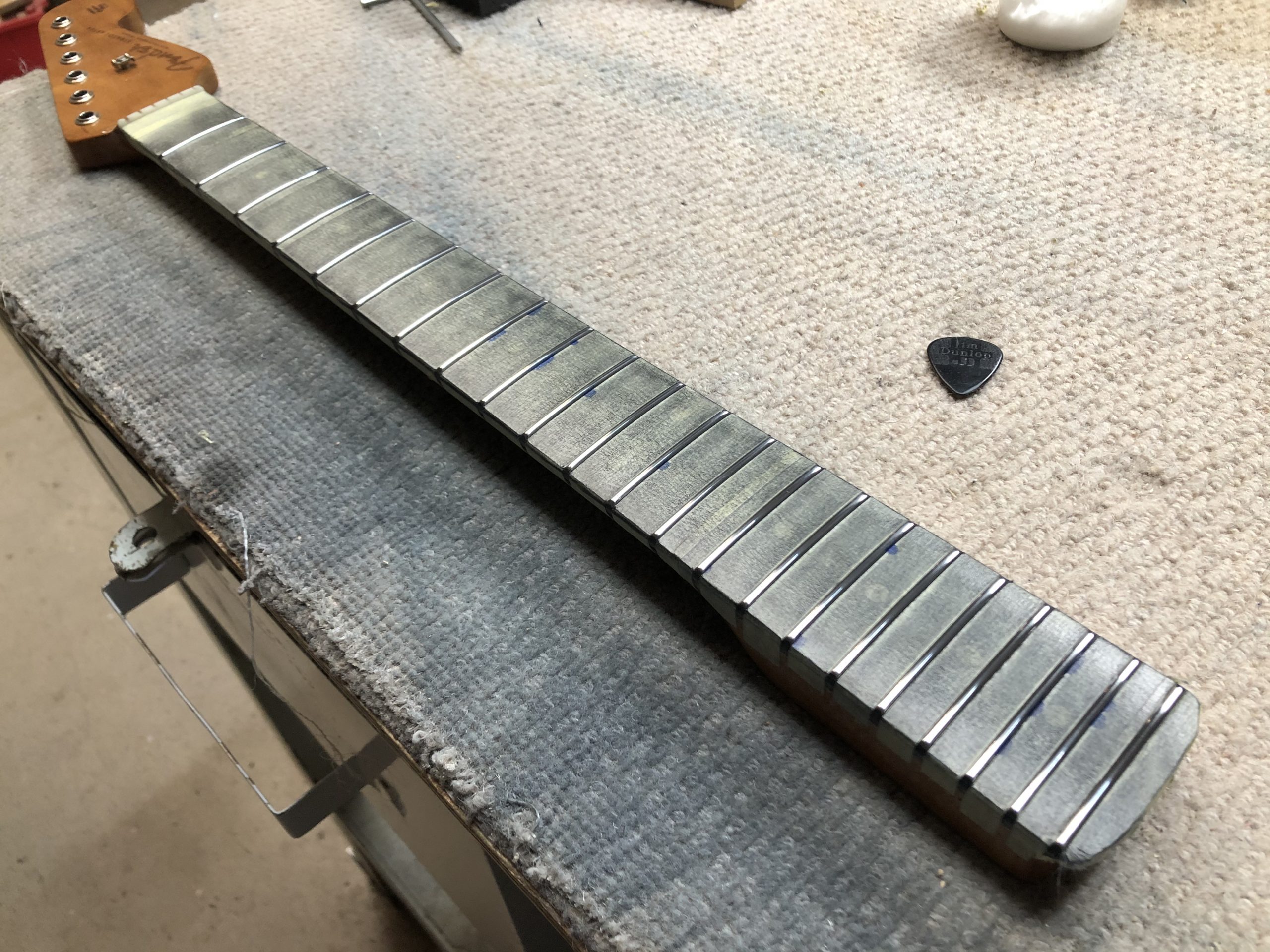 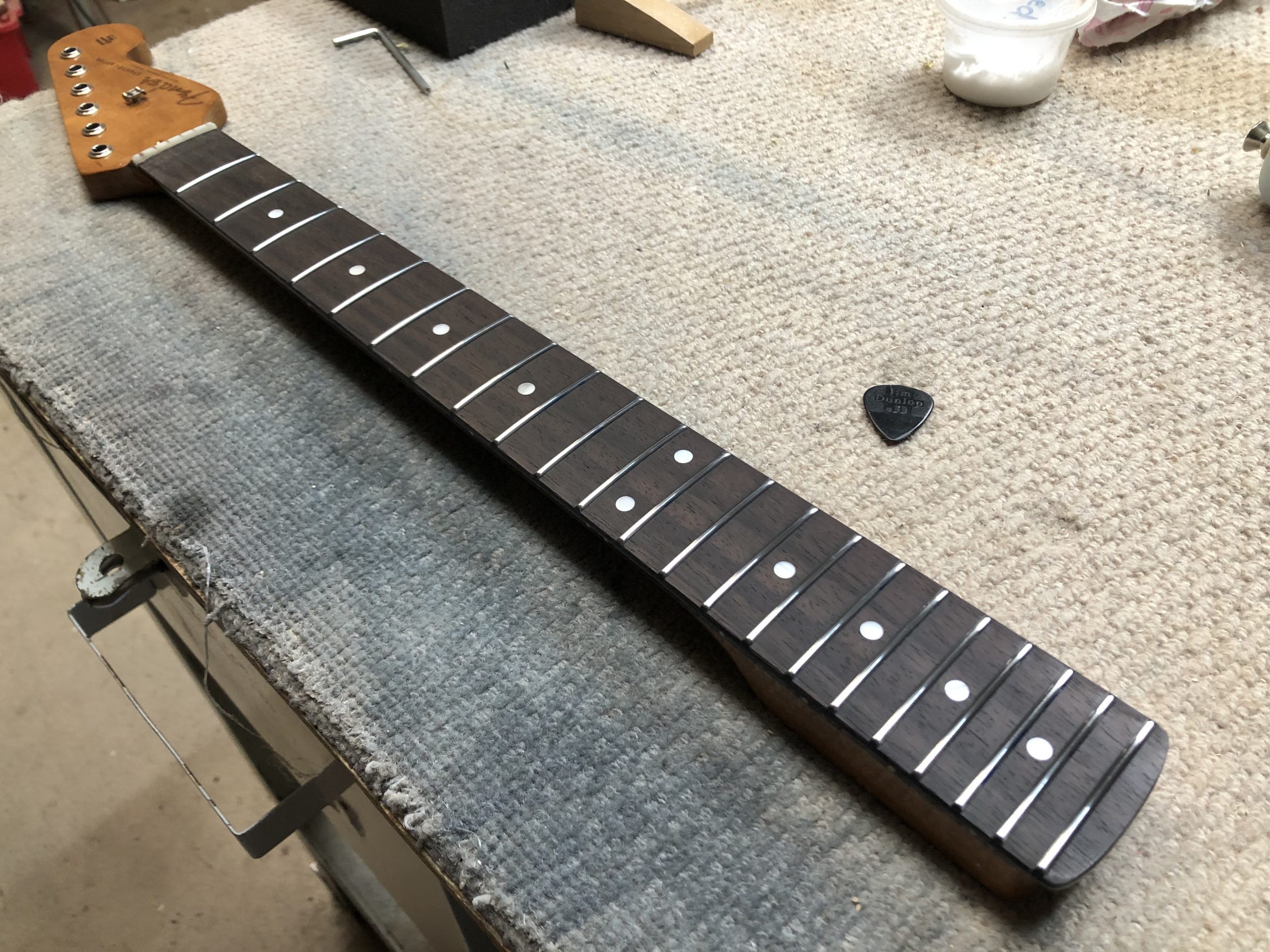 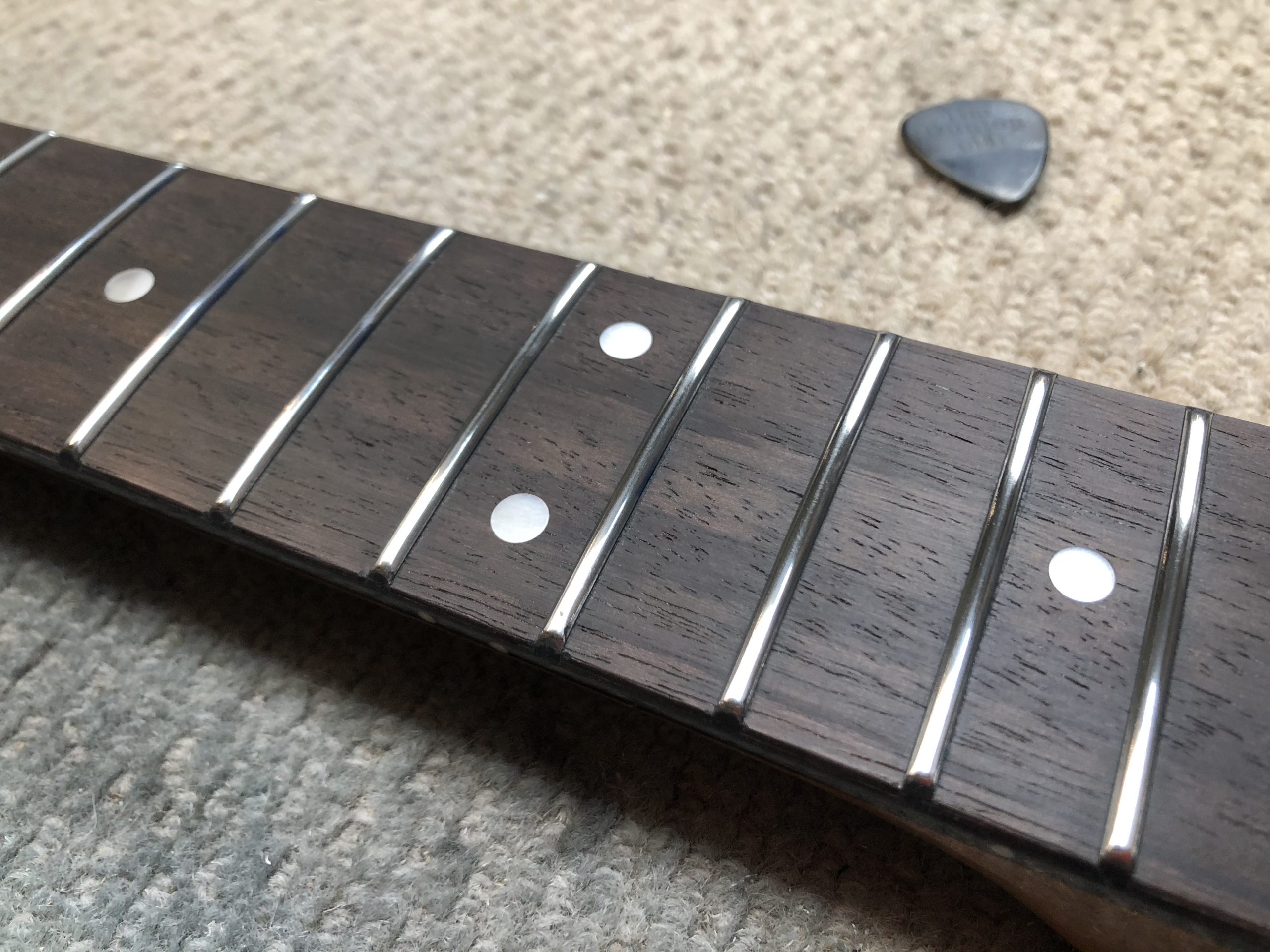 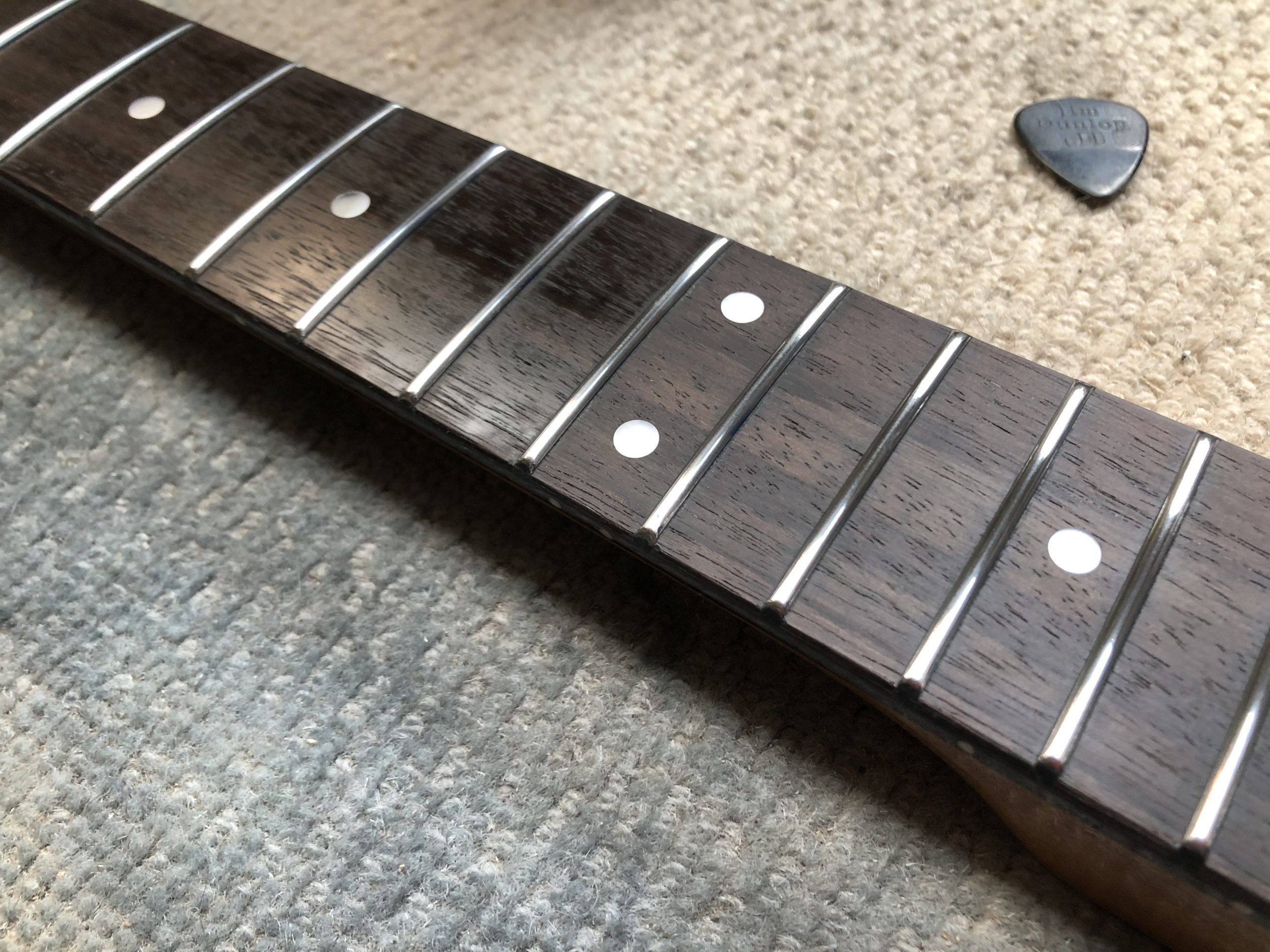 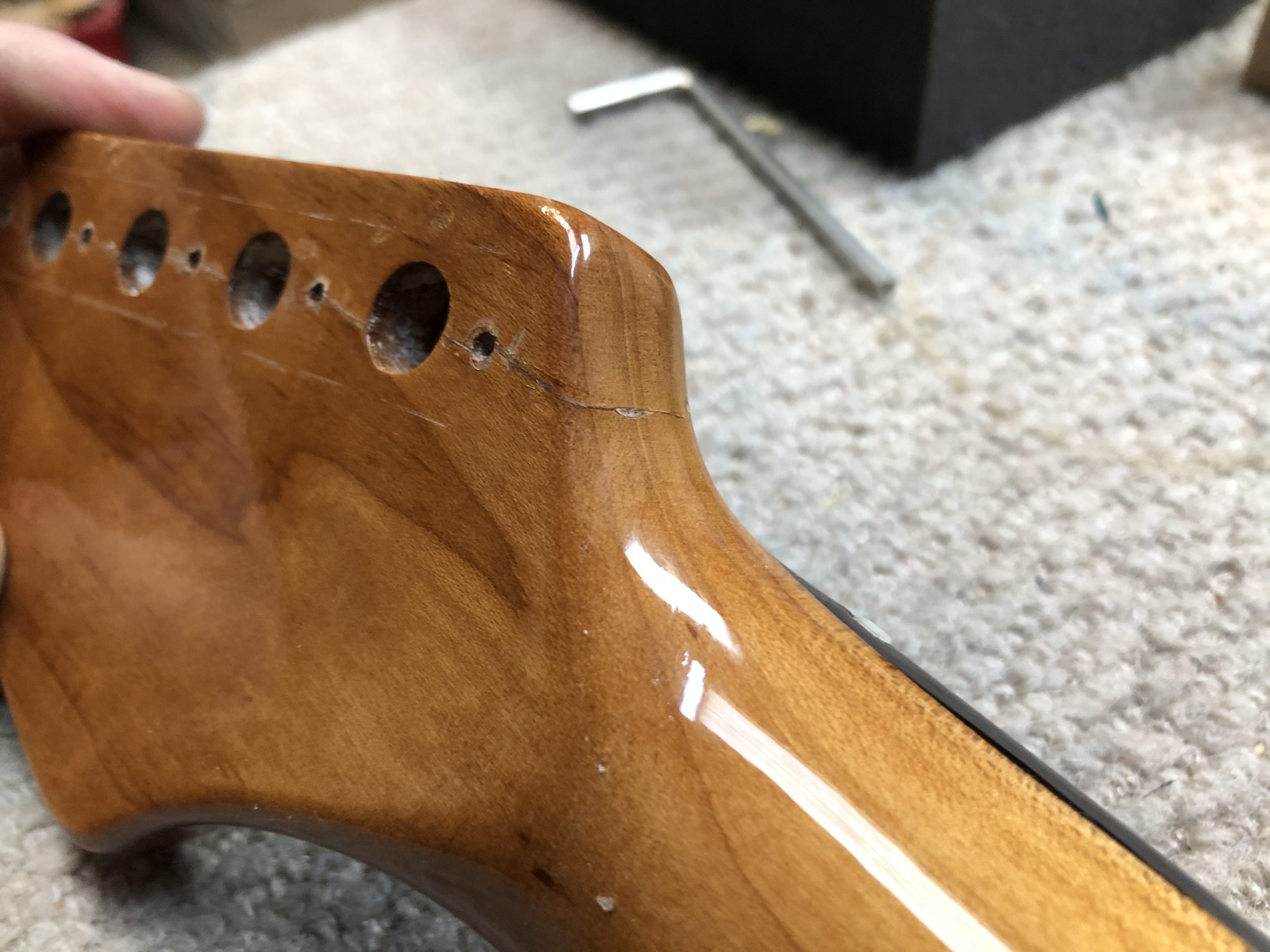 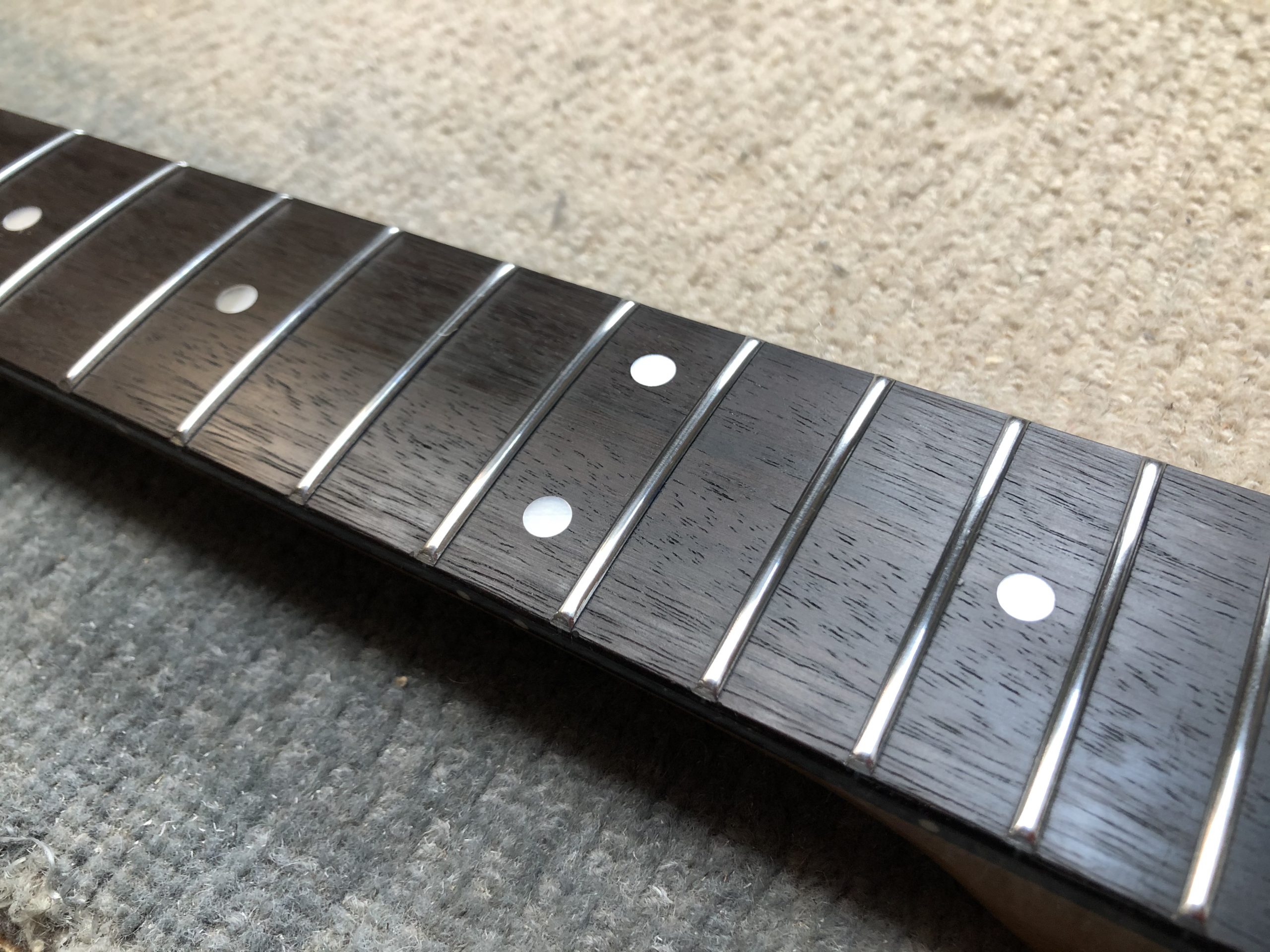 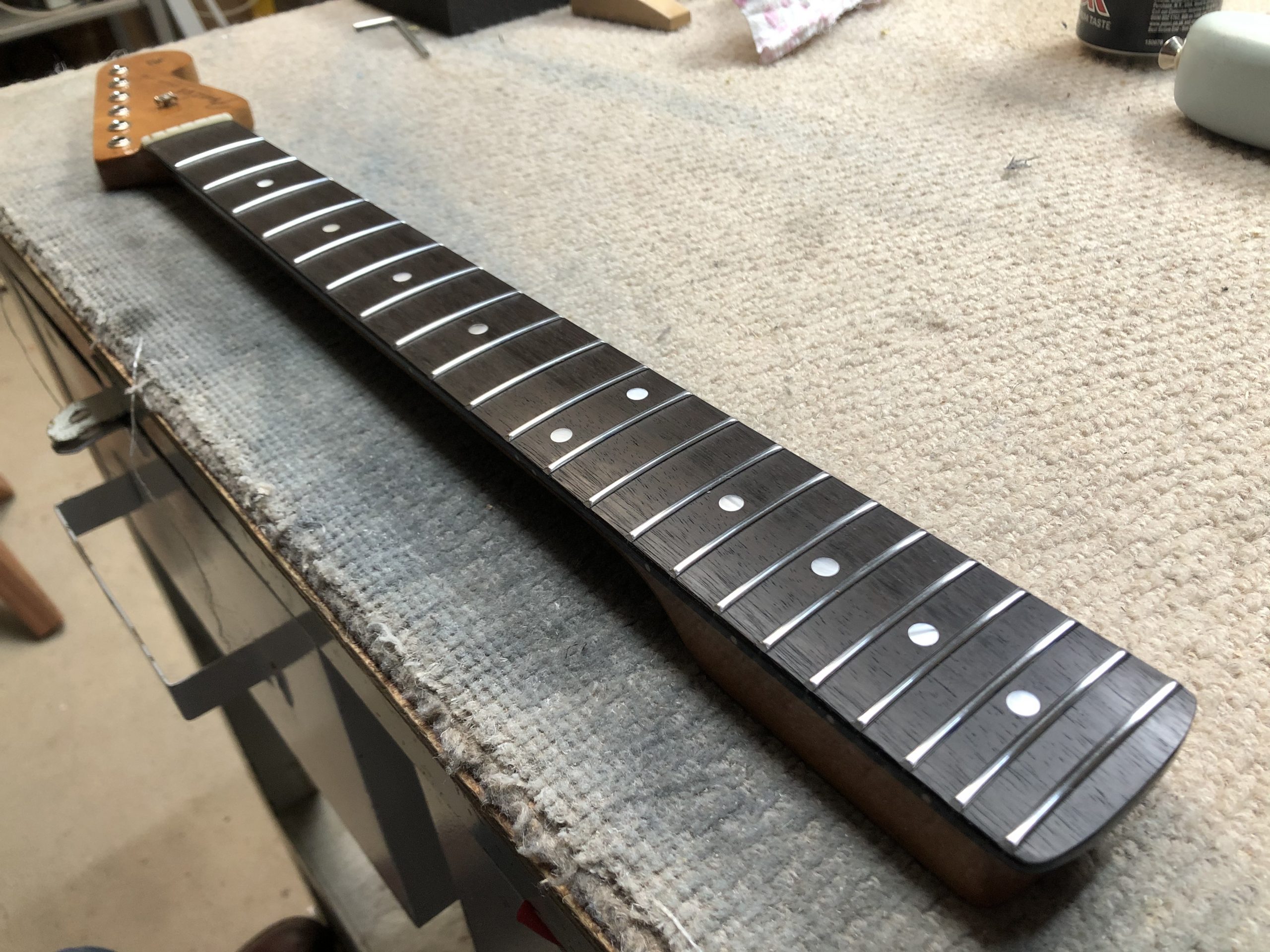 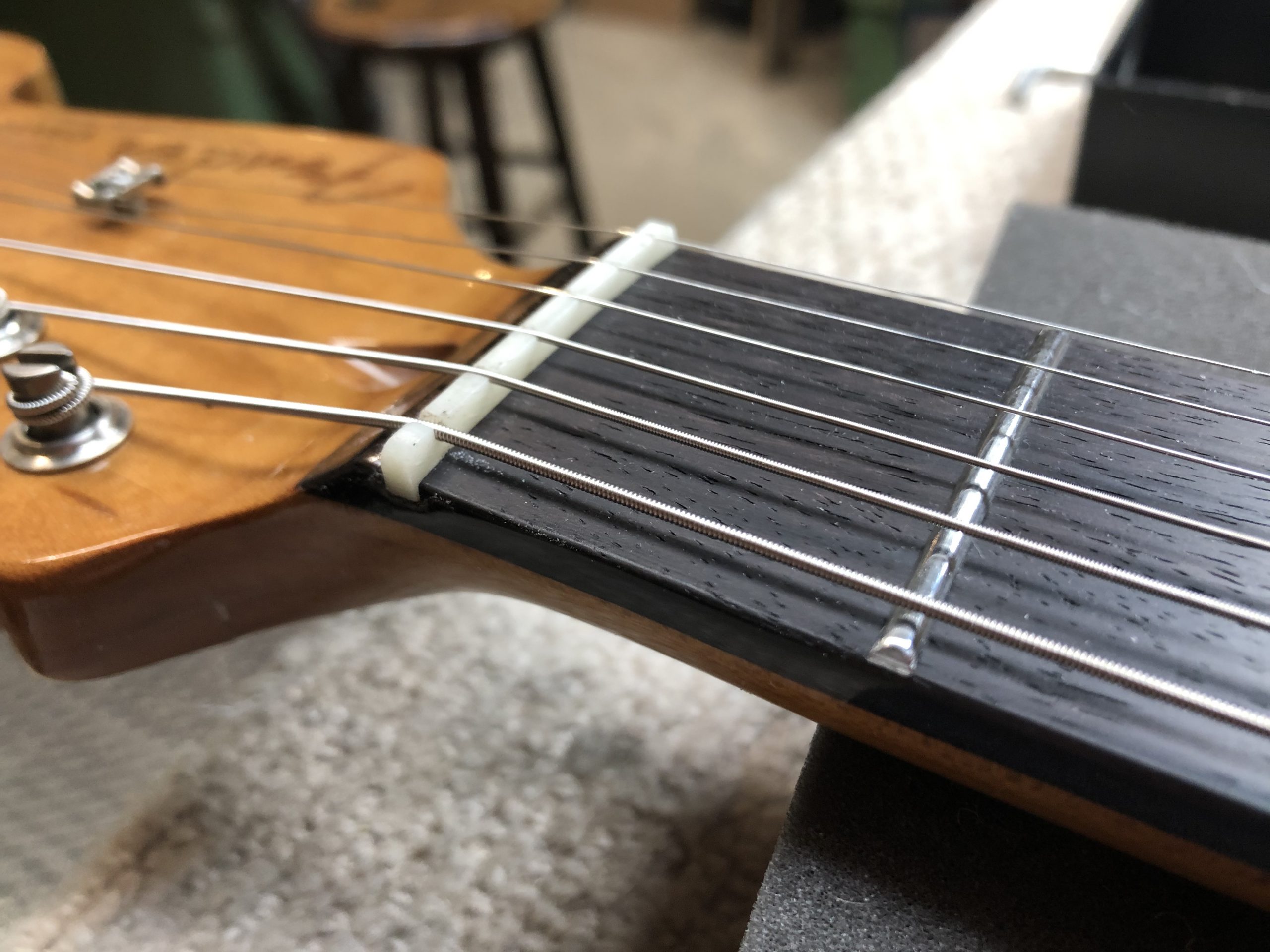 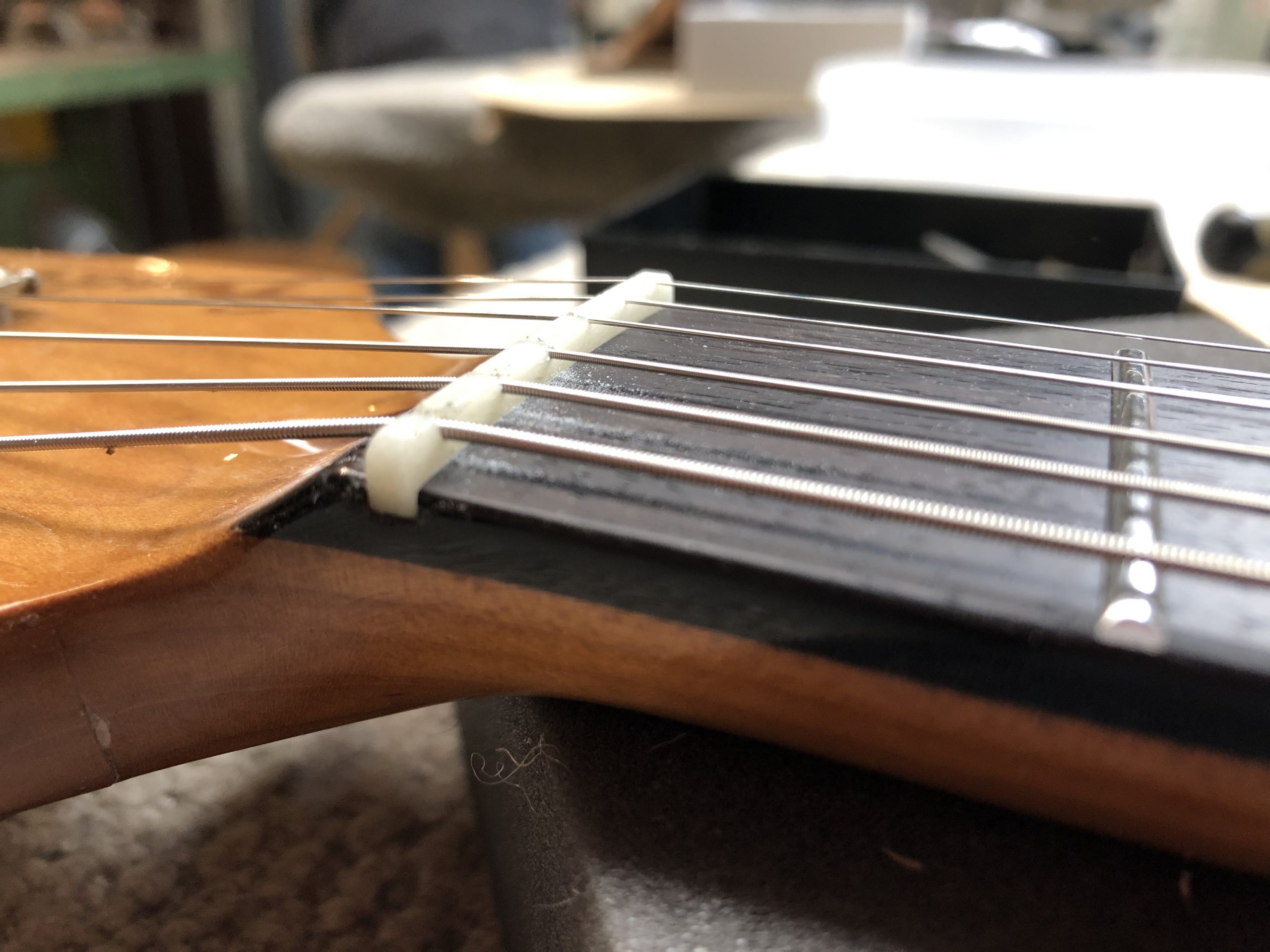 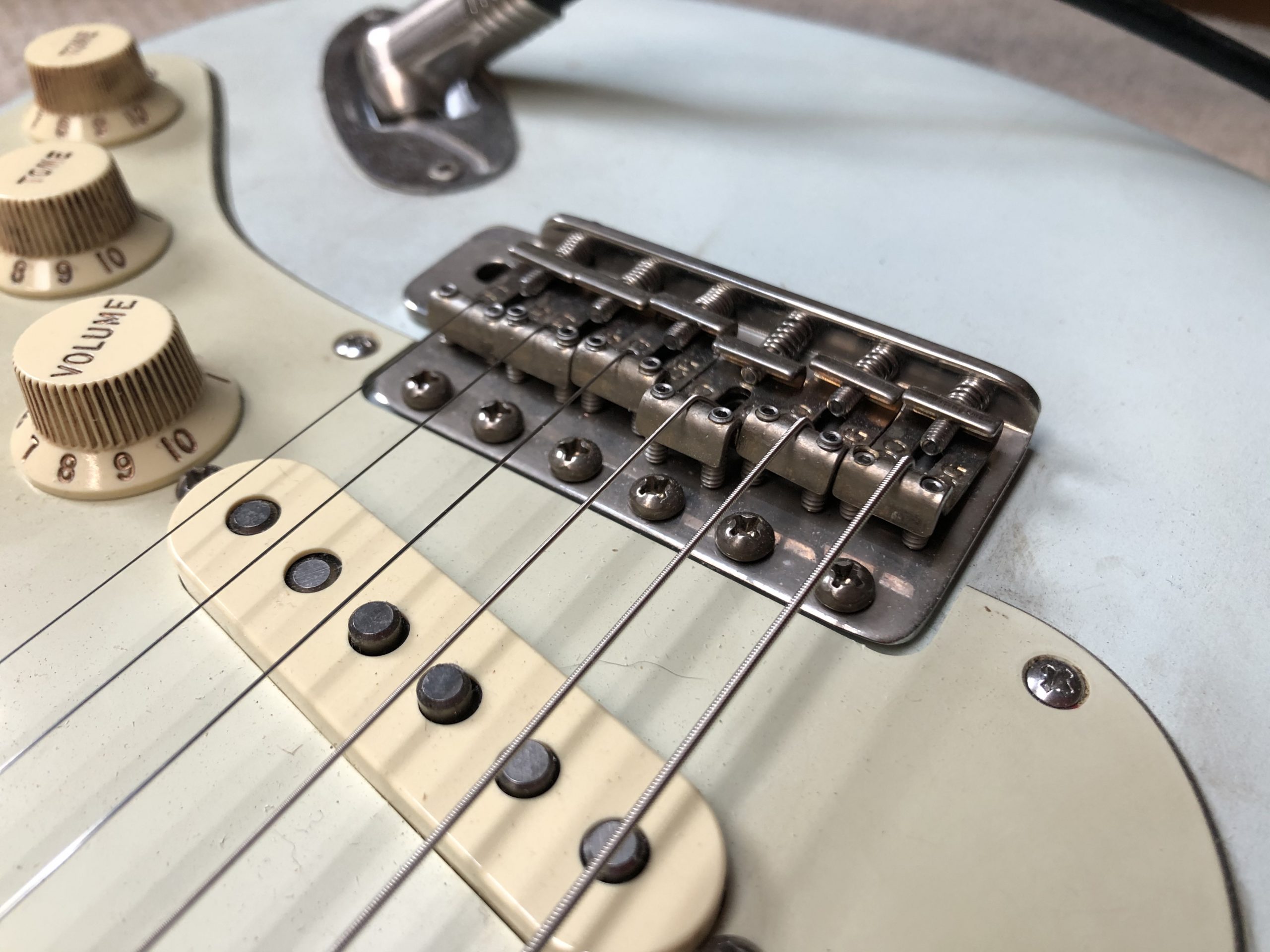 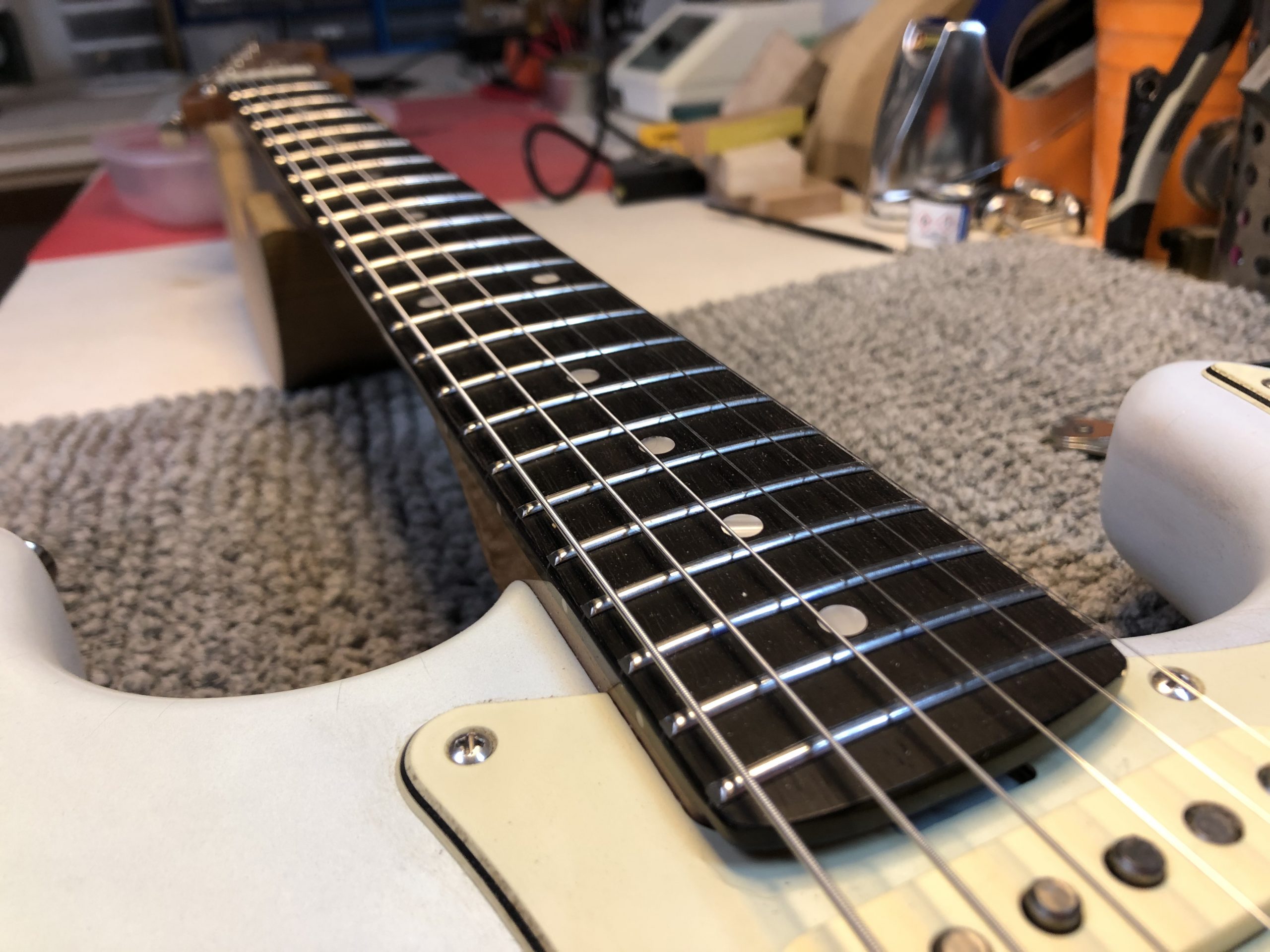 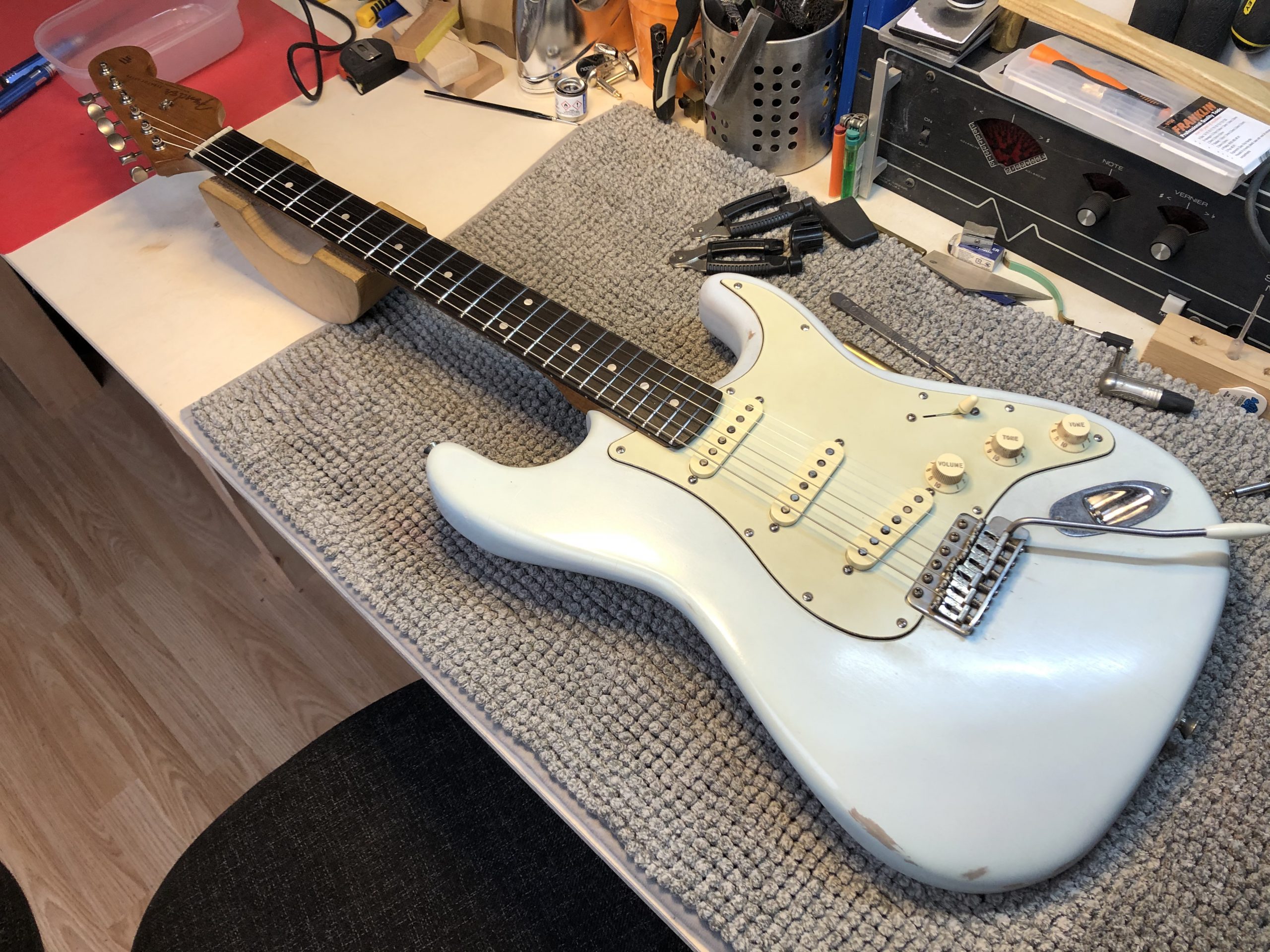