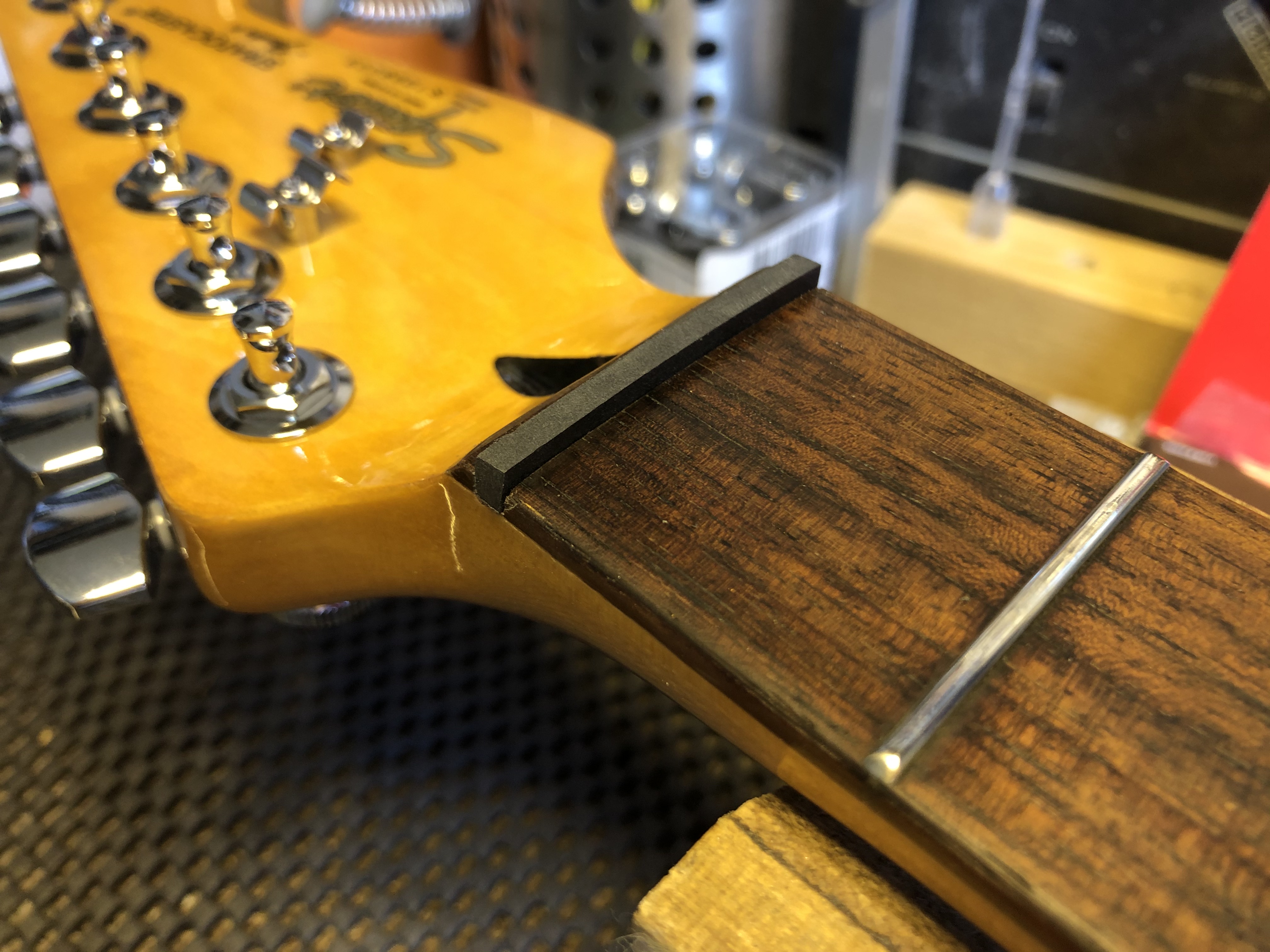 The owner of this guitar was getting back up and running but decided they’d bit off more than they could chew and called me. They had filed out the nut slot which was the first thing that alarmed me. When I got the guitar on the bench I found that the nut slot had been cleaned out fairly well but wasn’t completely flat on the bottom (I know some Strats have curved nut slots, not this one though!) There was also a repair, possibly from when the original nut had been removed which had left some glue which was causing a difference in height.

The owner supplied their own TUSQ nut which personally I don’t like working with plus I think bone sounds much better. With a little work I got the nut the fit and sorted out the slots for the strings.

I discovered there was an intermittent problem with the selector switch but managed to sort it by cleaning and tightening the contacts.

I gave this guitar a full setup, which included polishing the frets and oiling the fretboard which really brought it back to life. 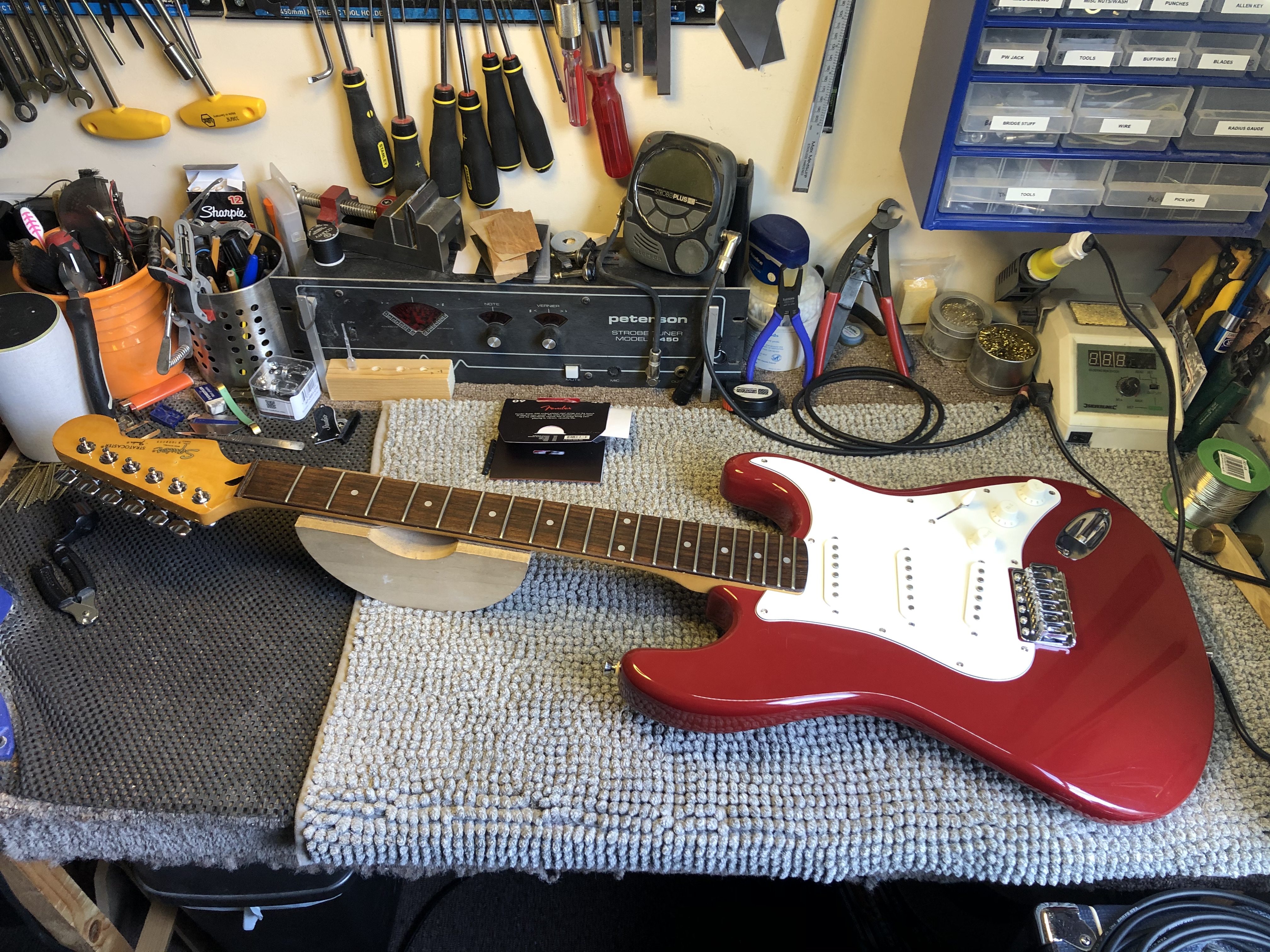 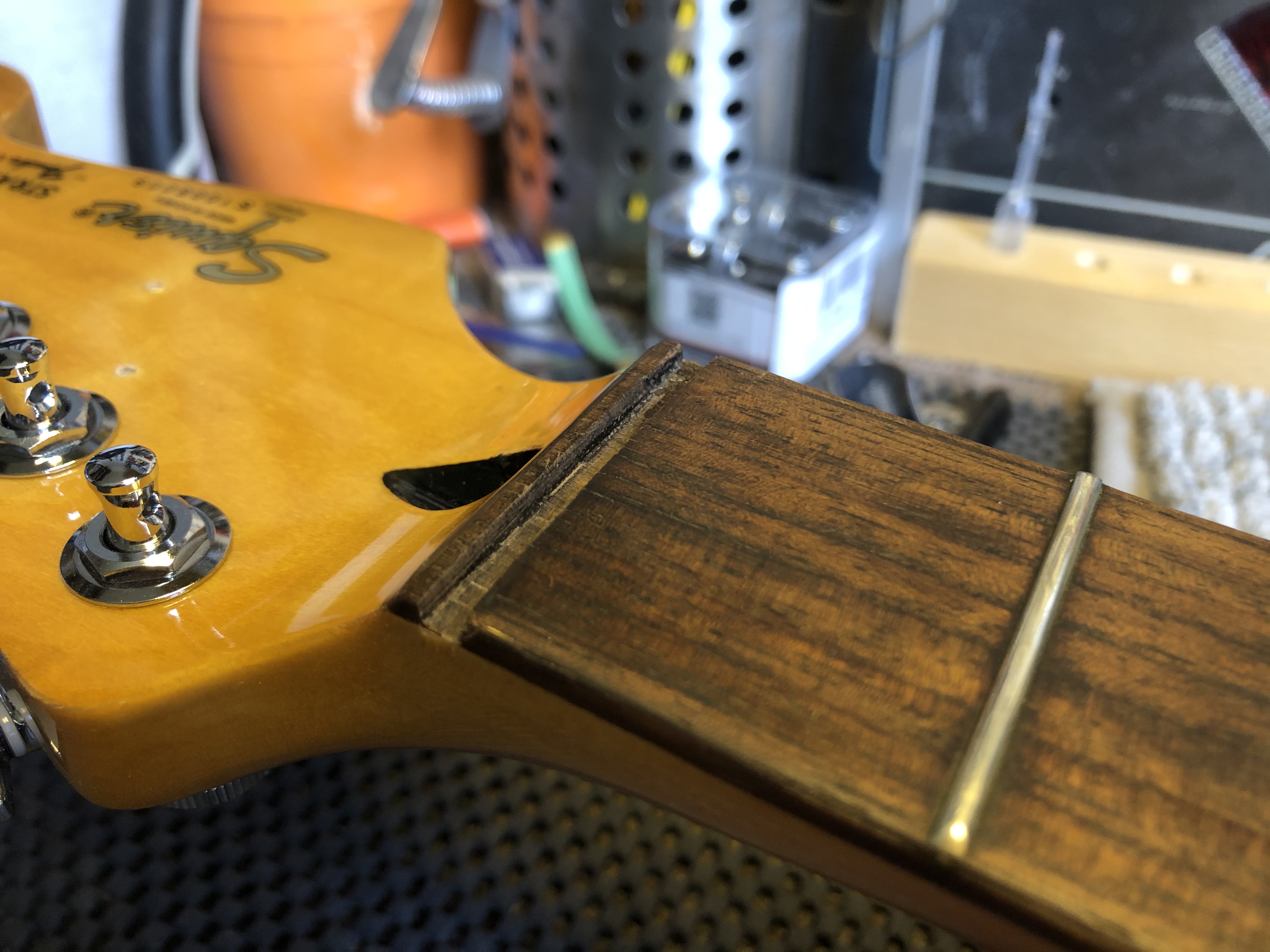 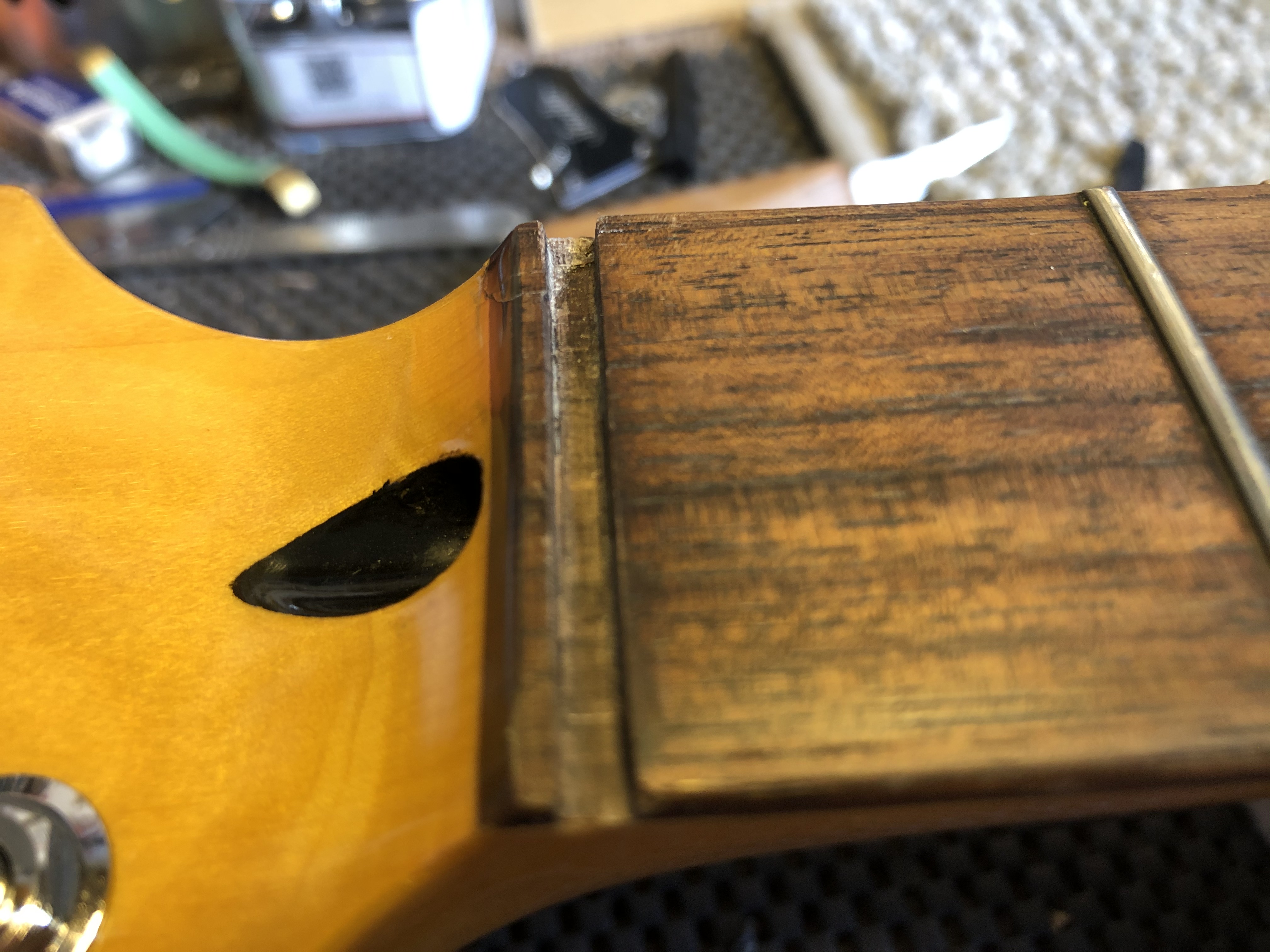 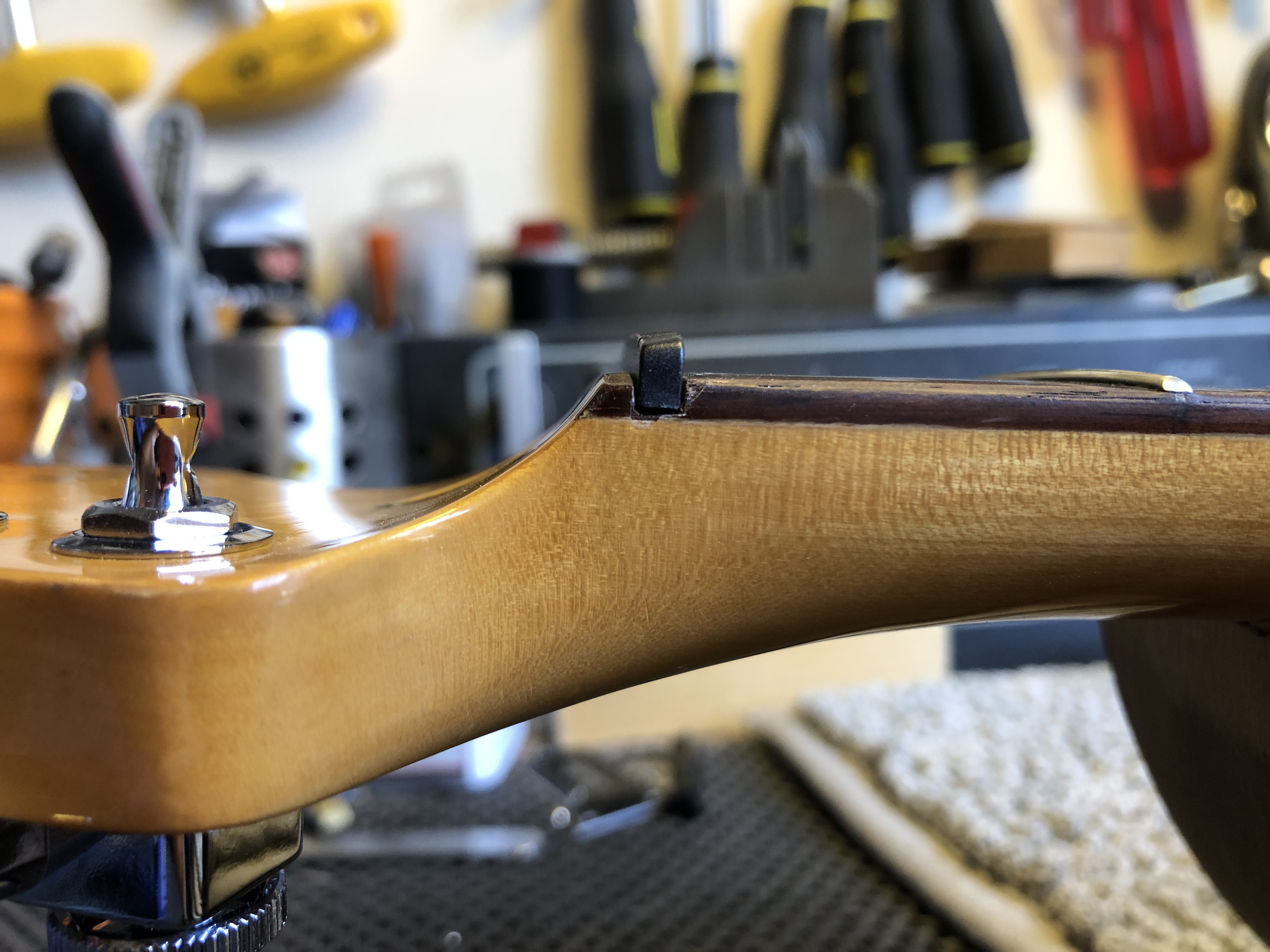 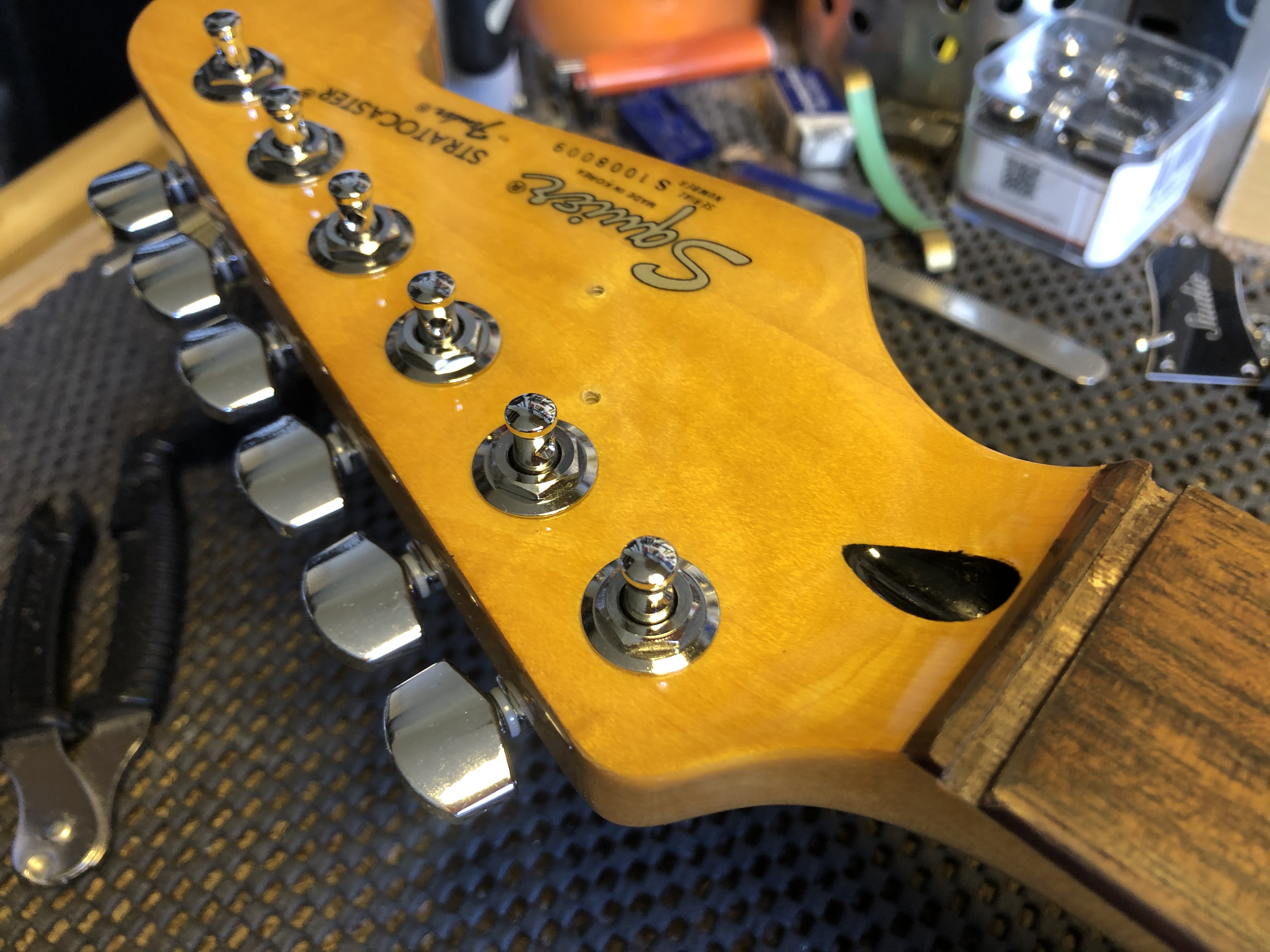 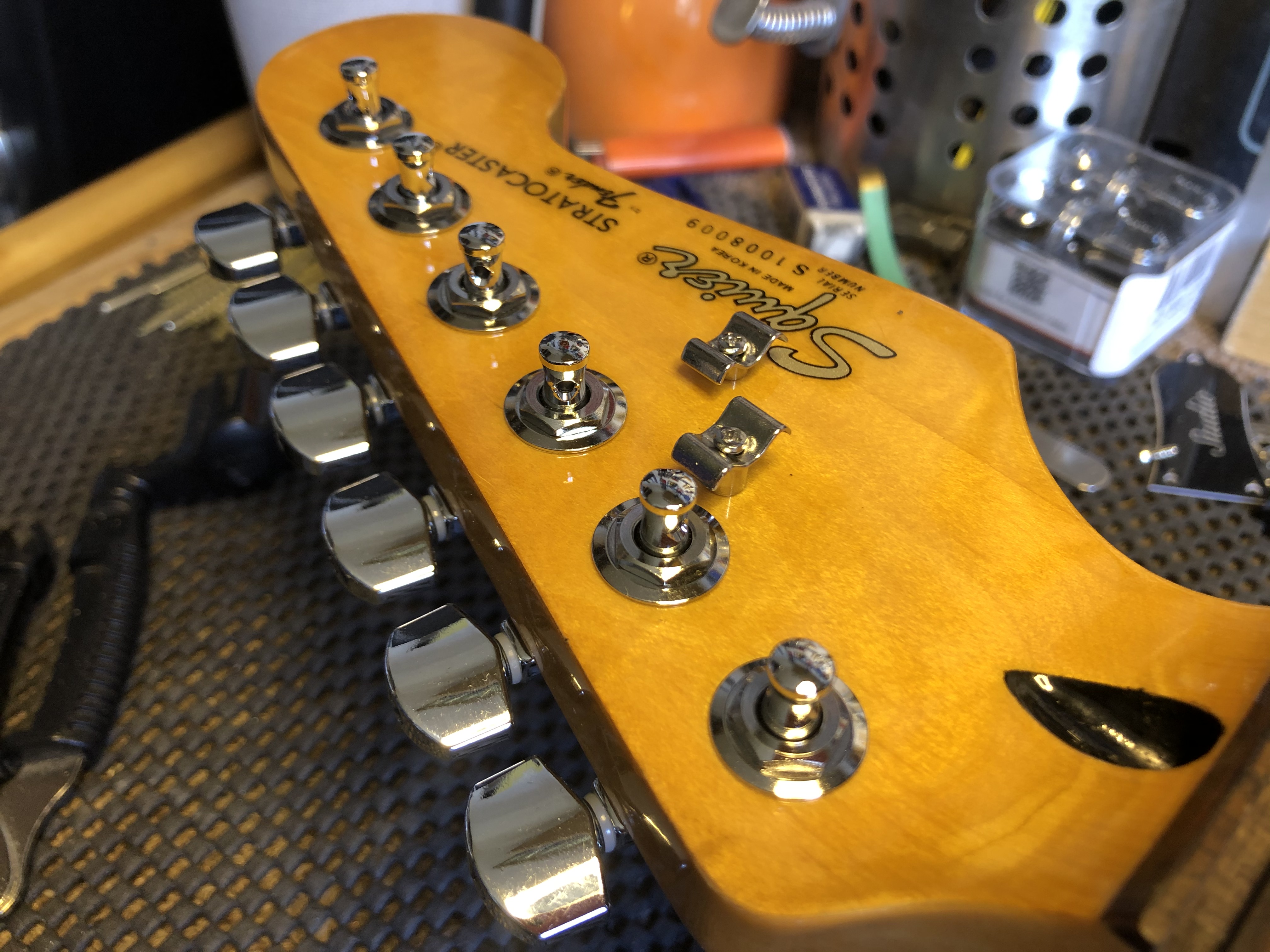 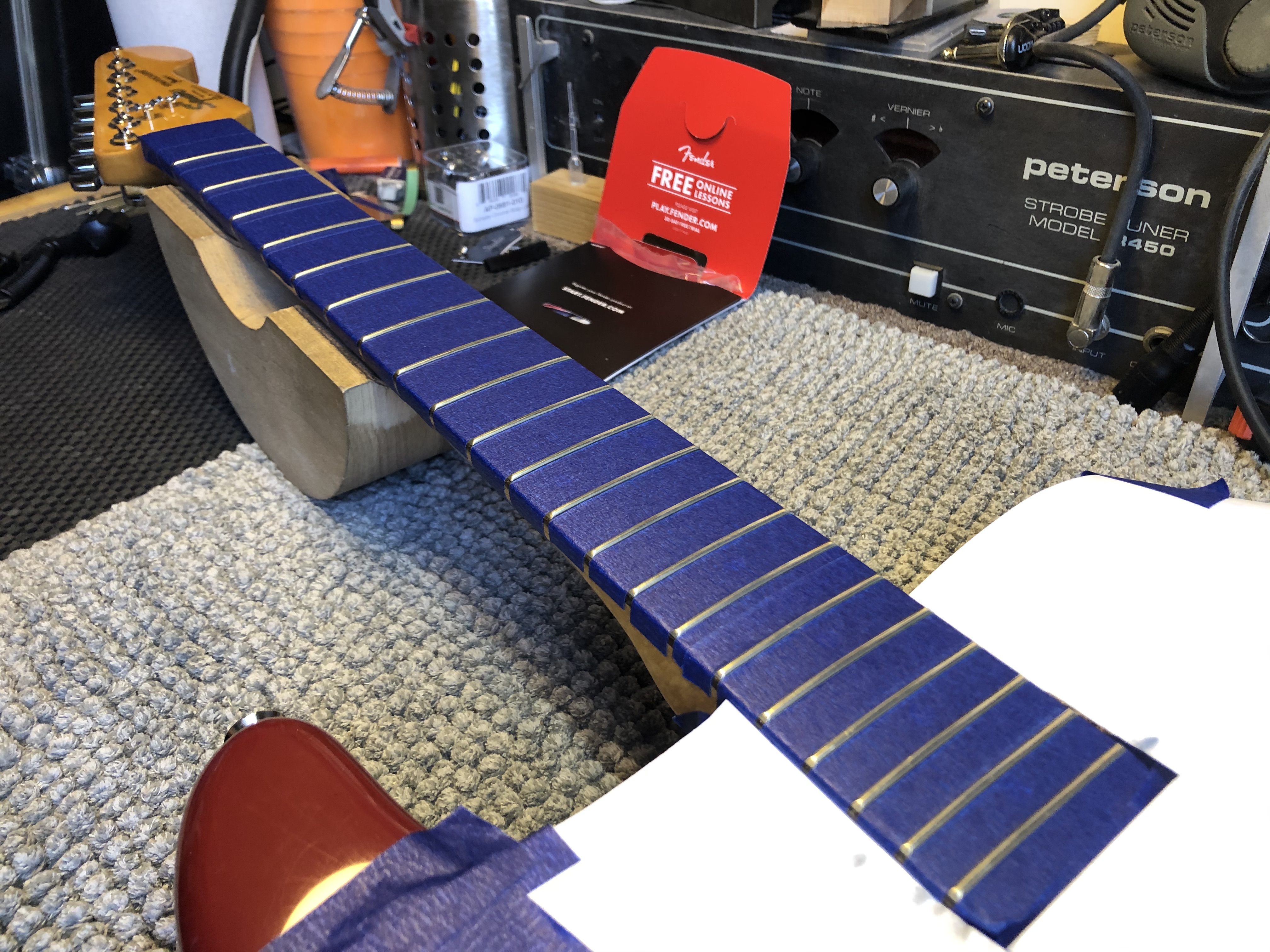 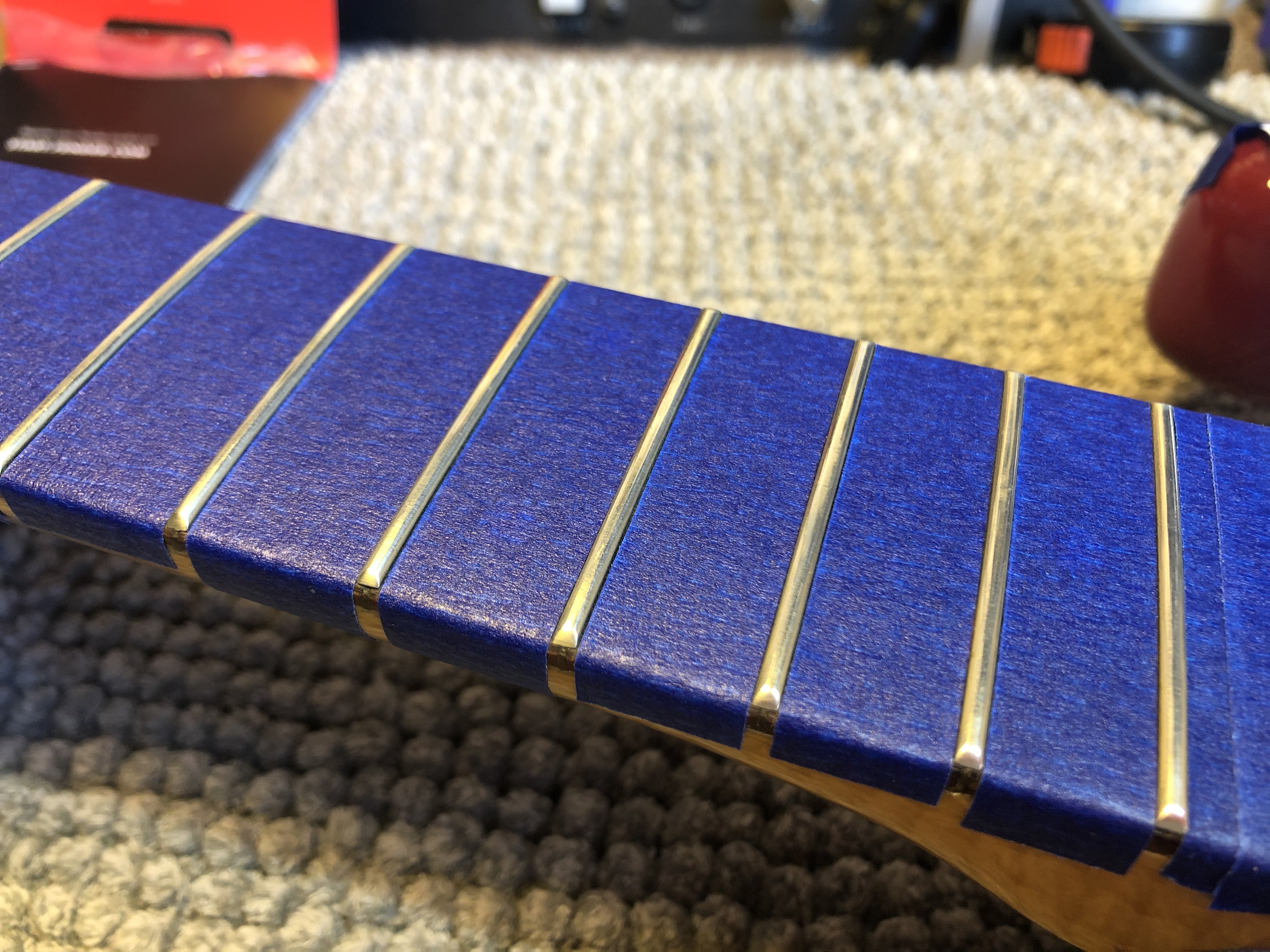 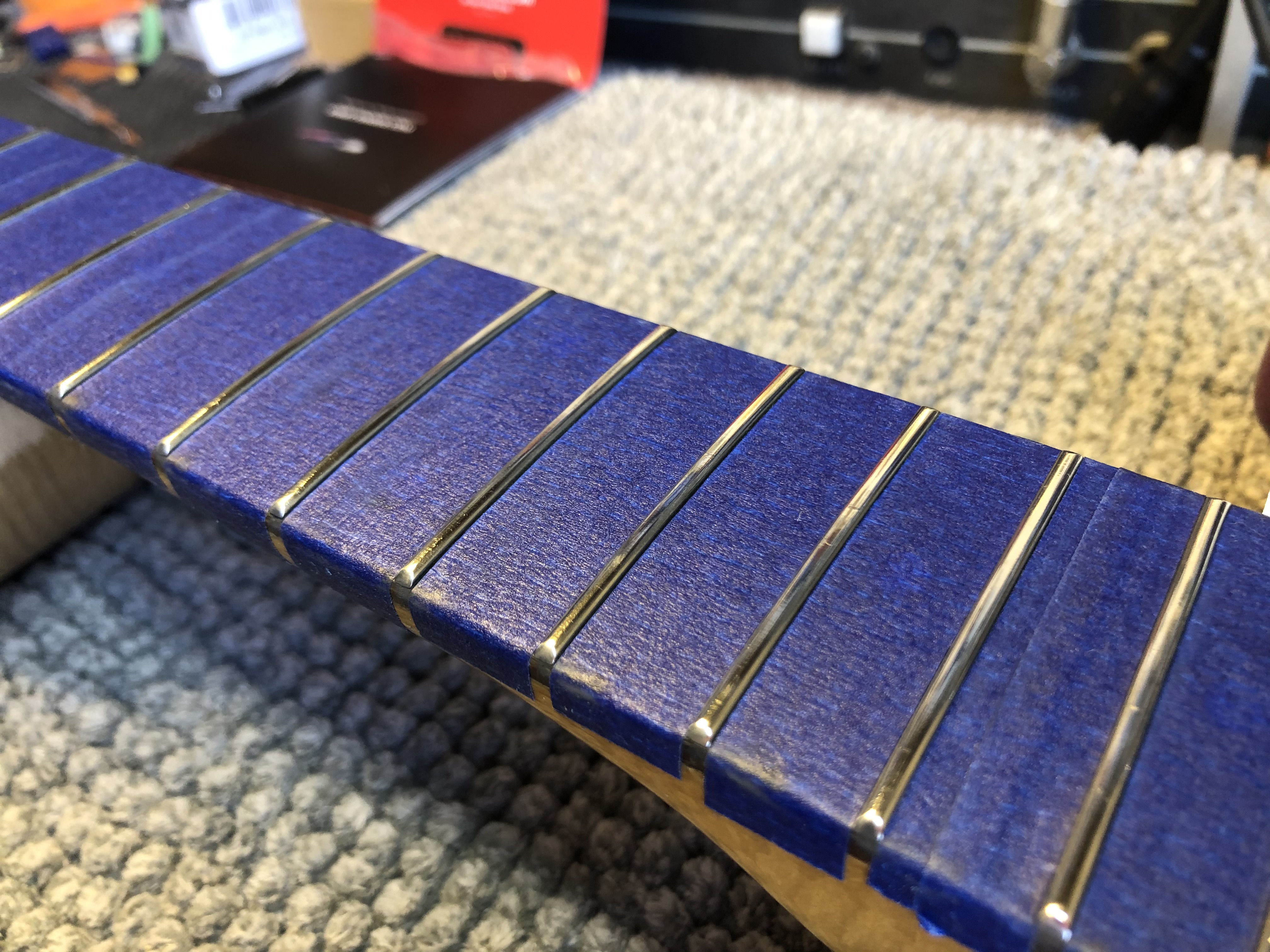 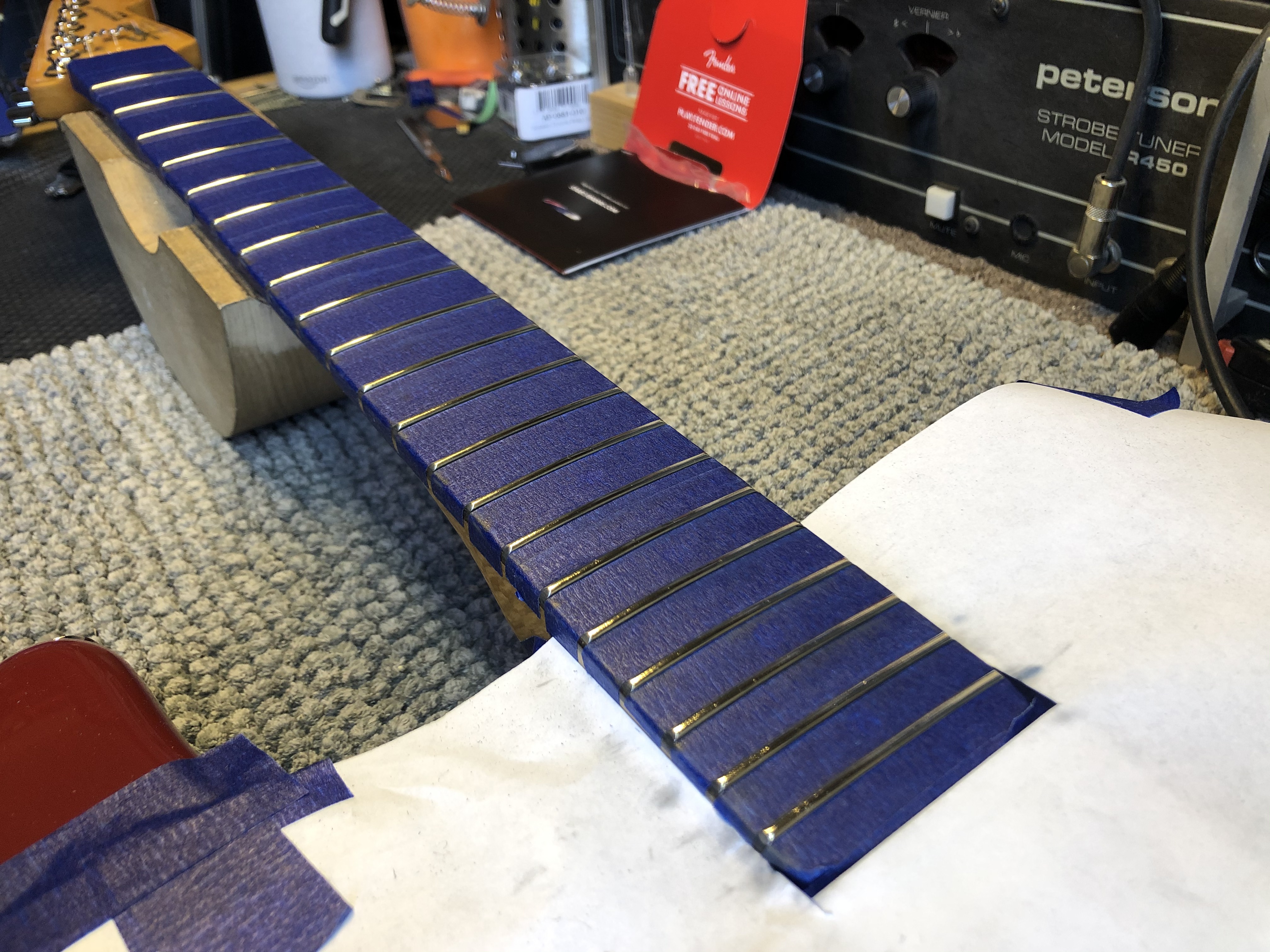 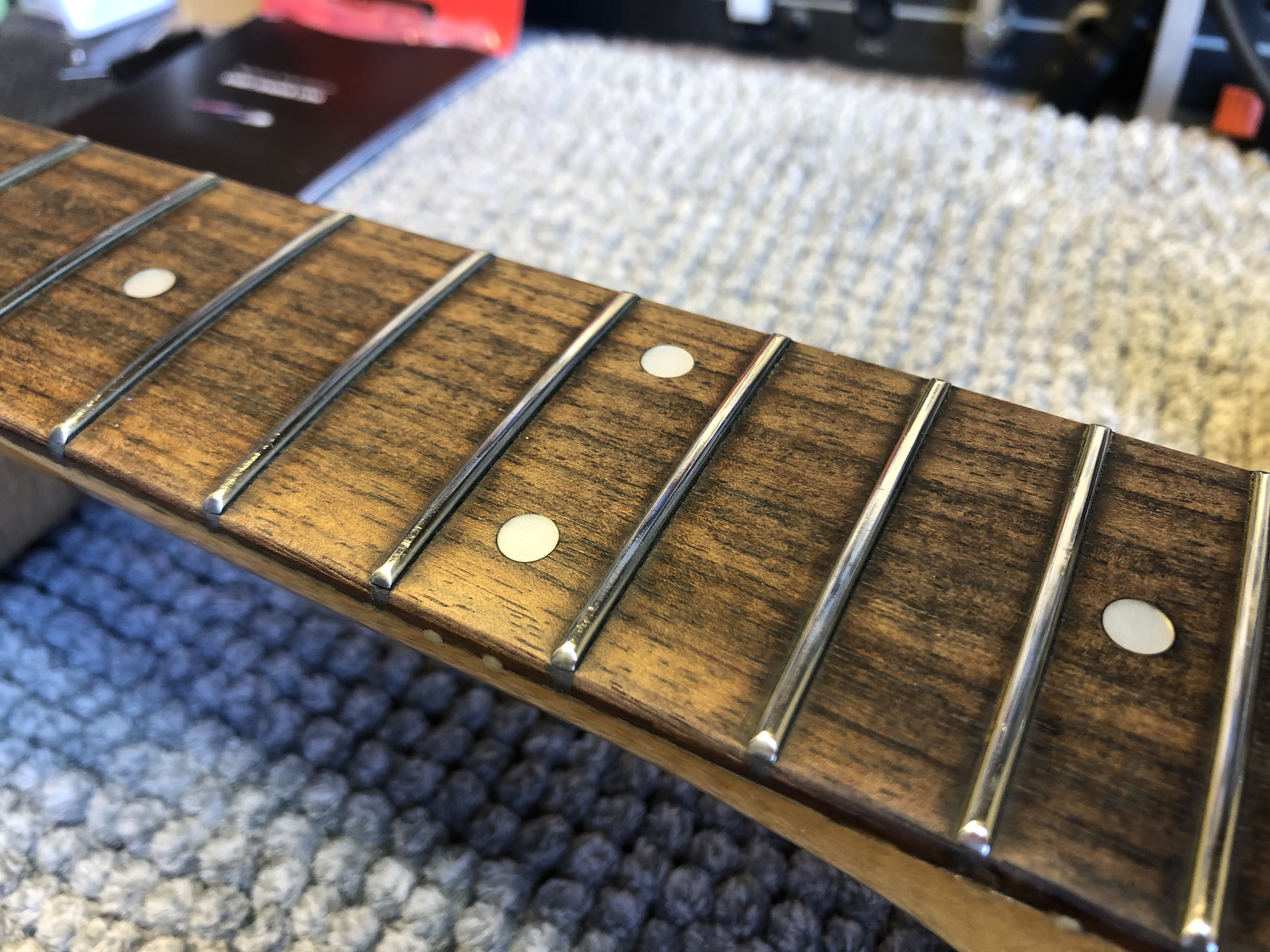 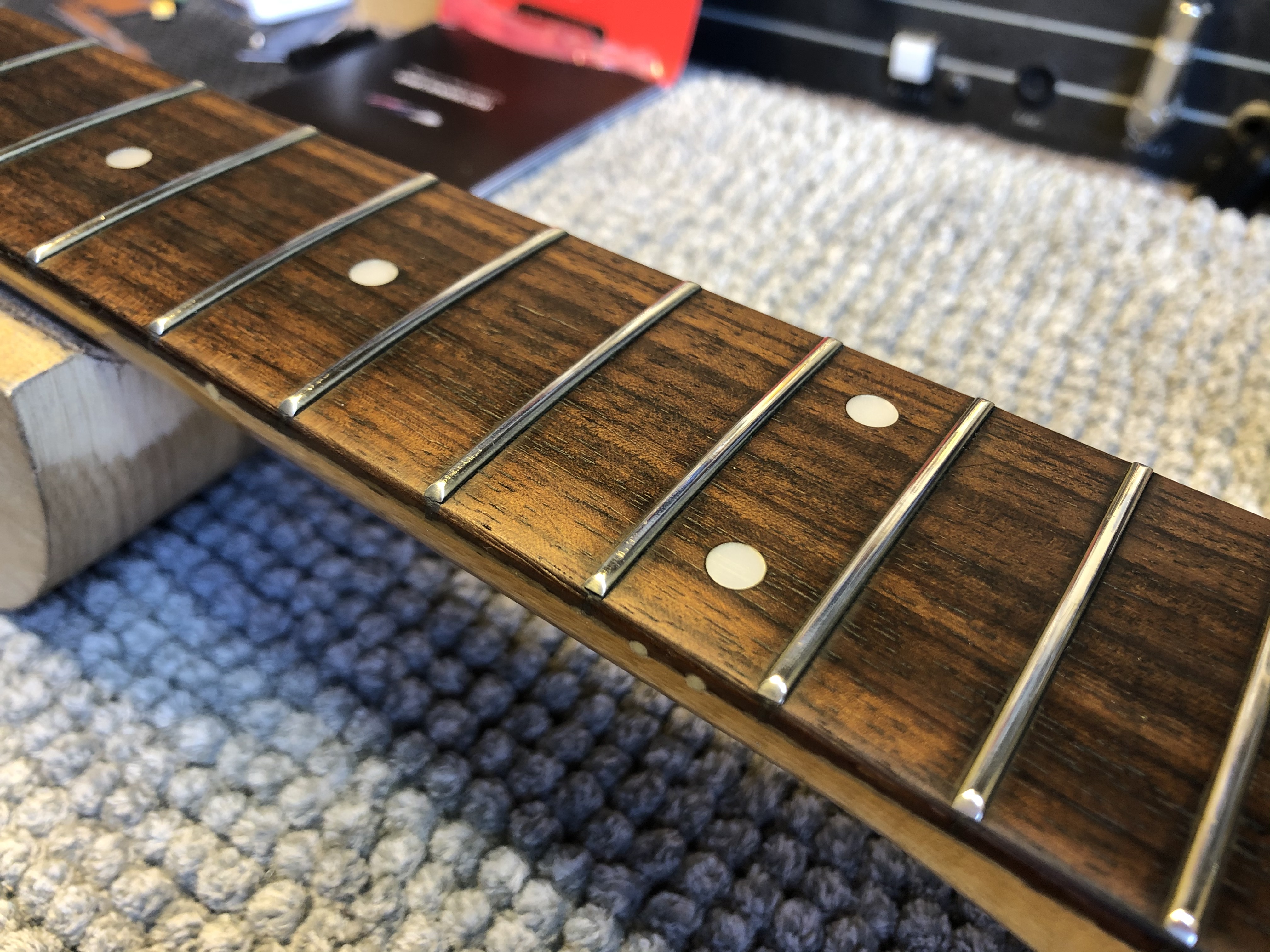 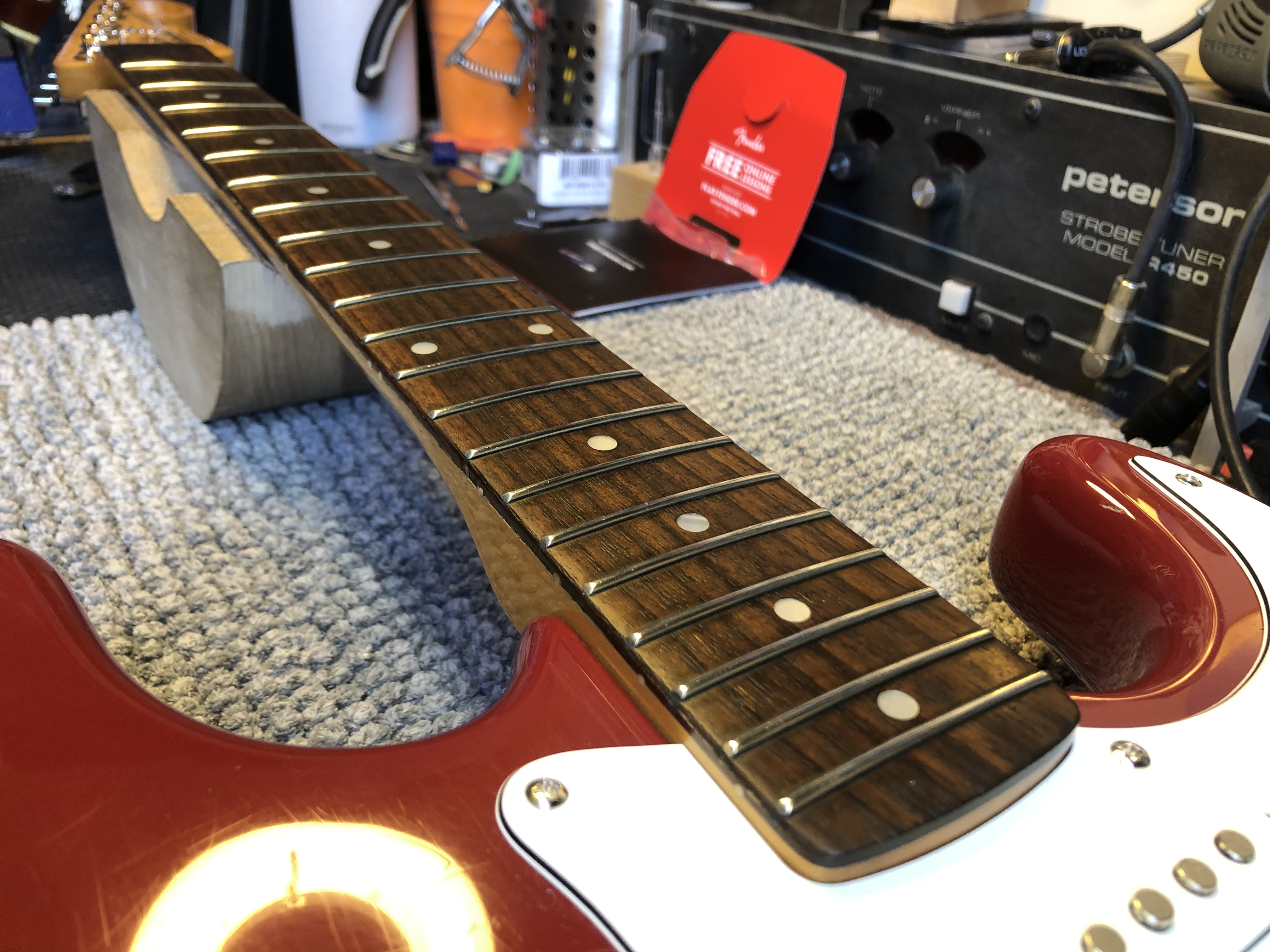 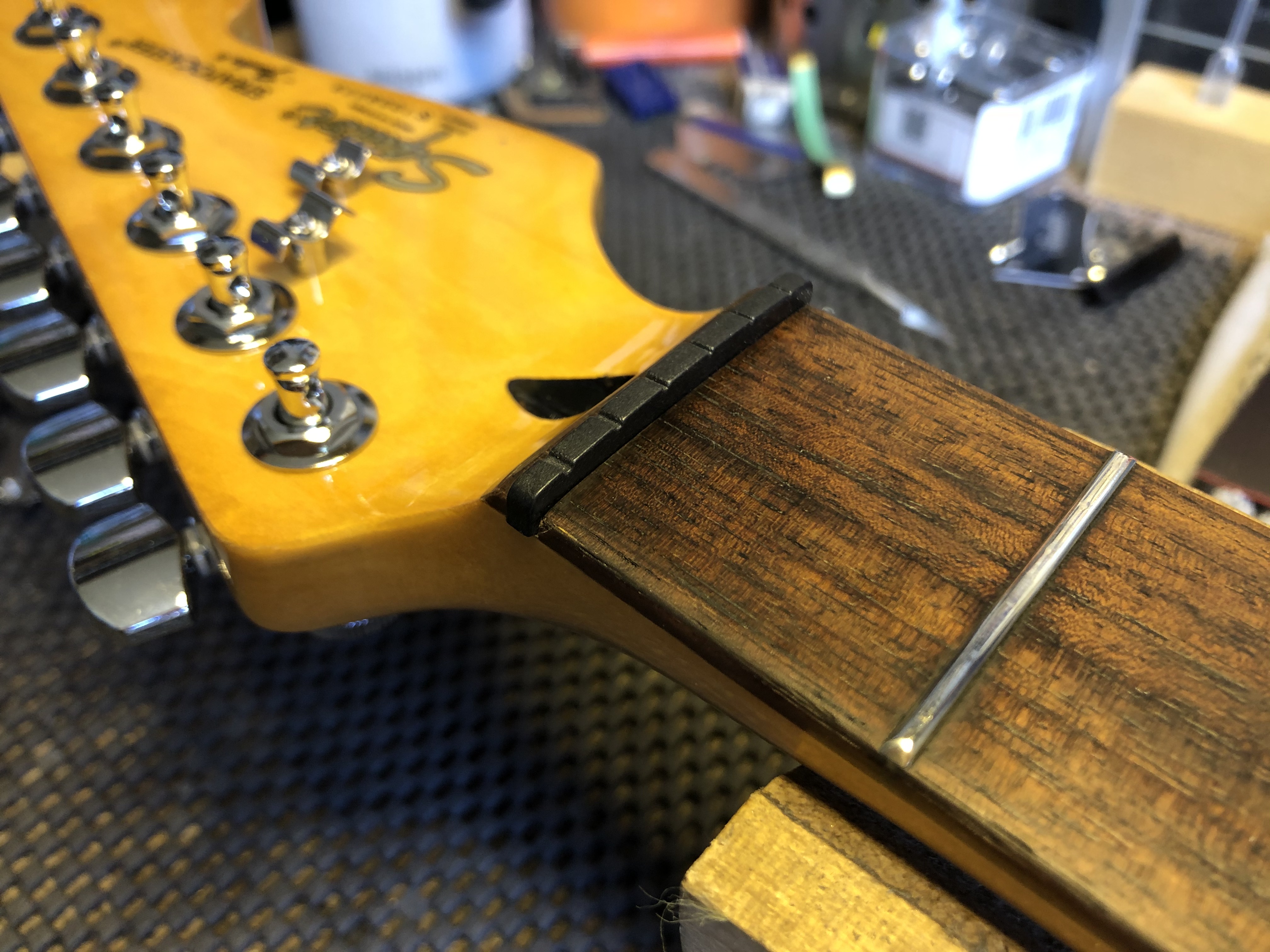 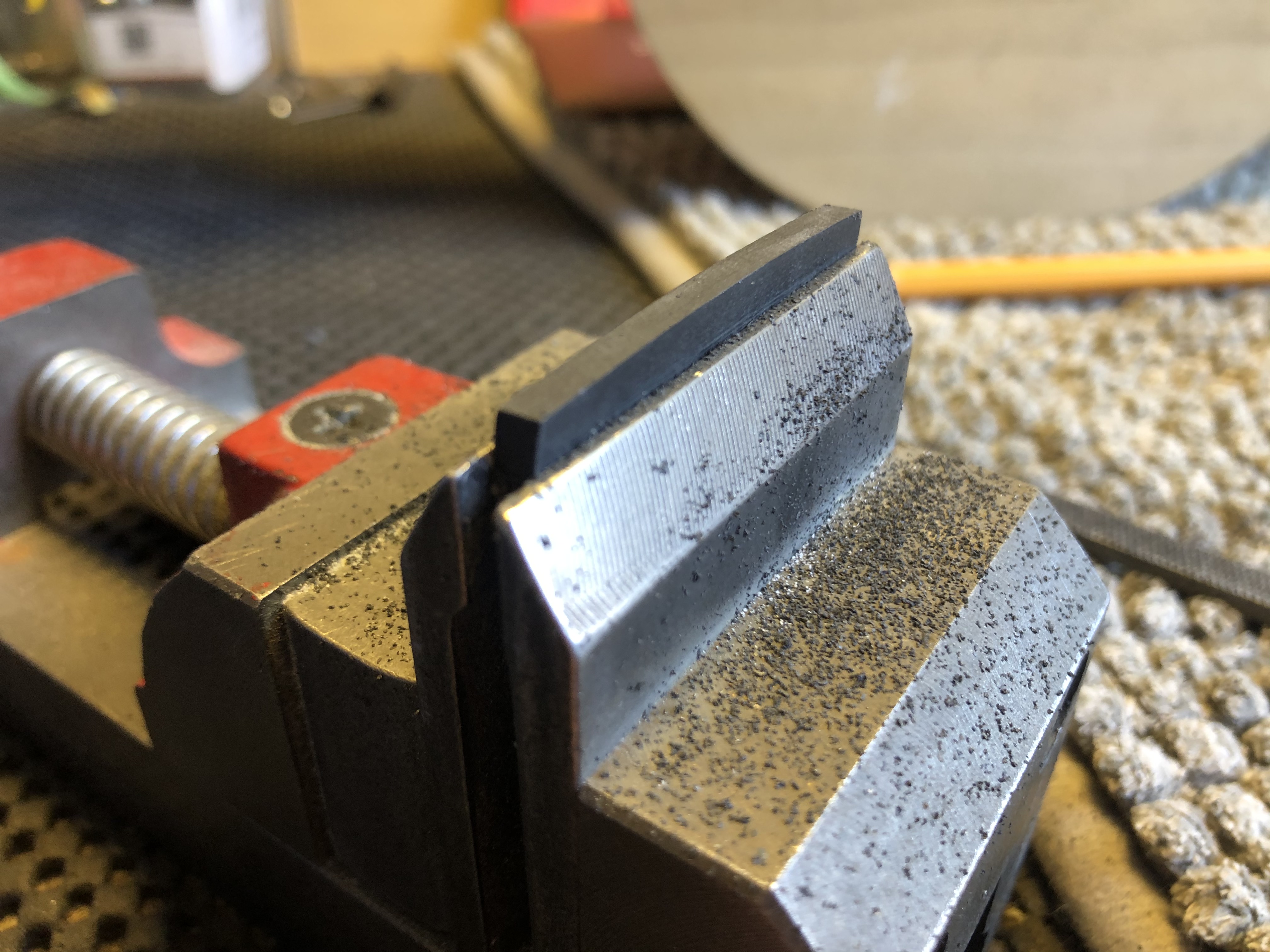 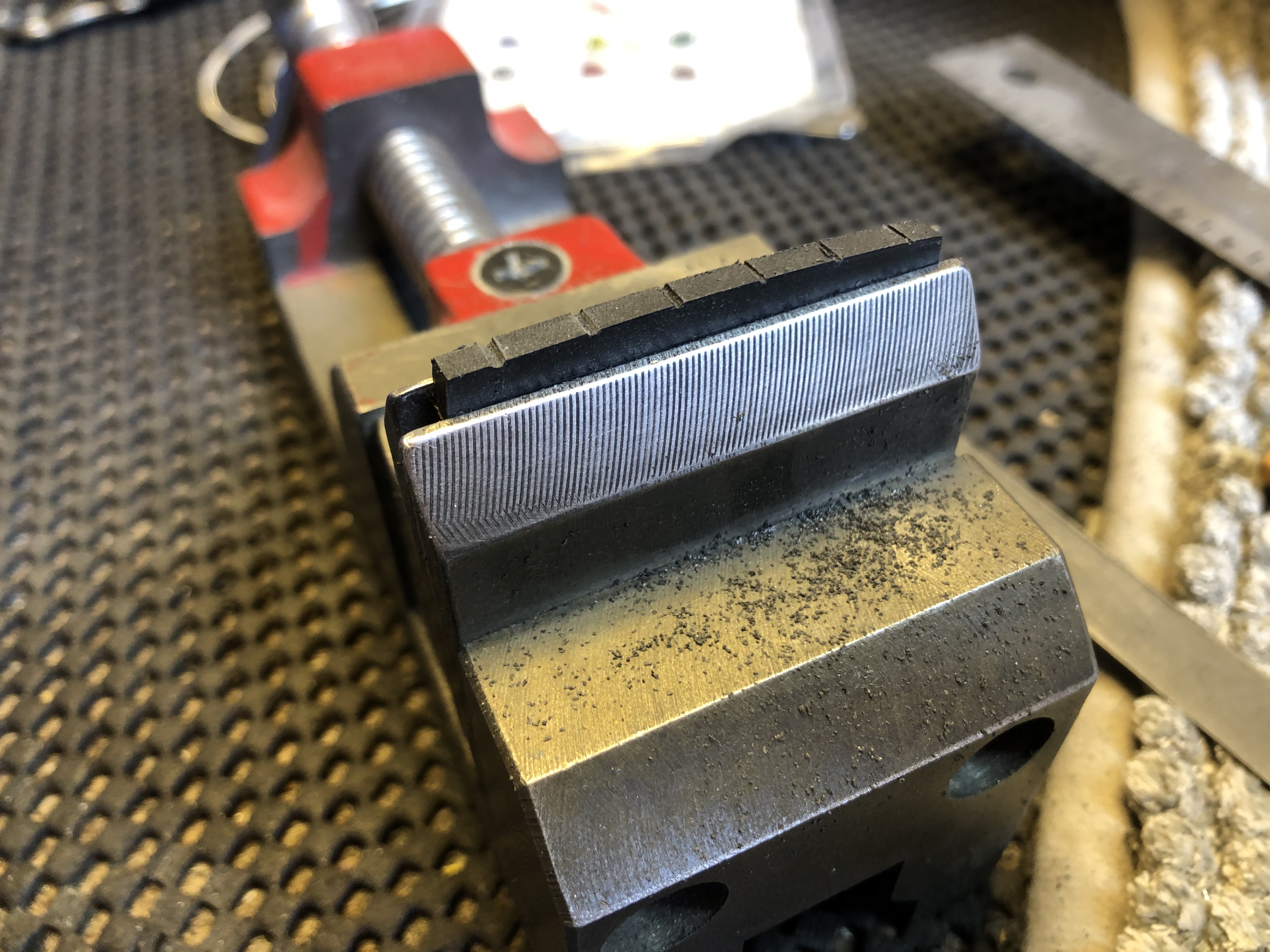 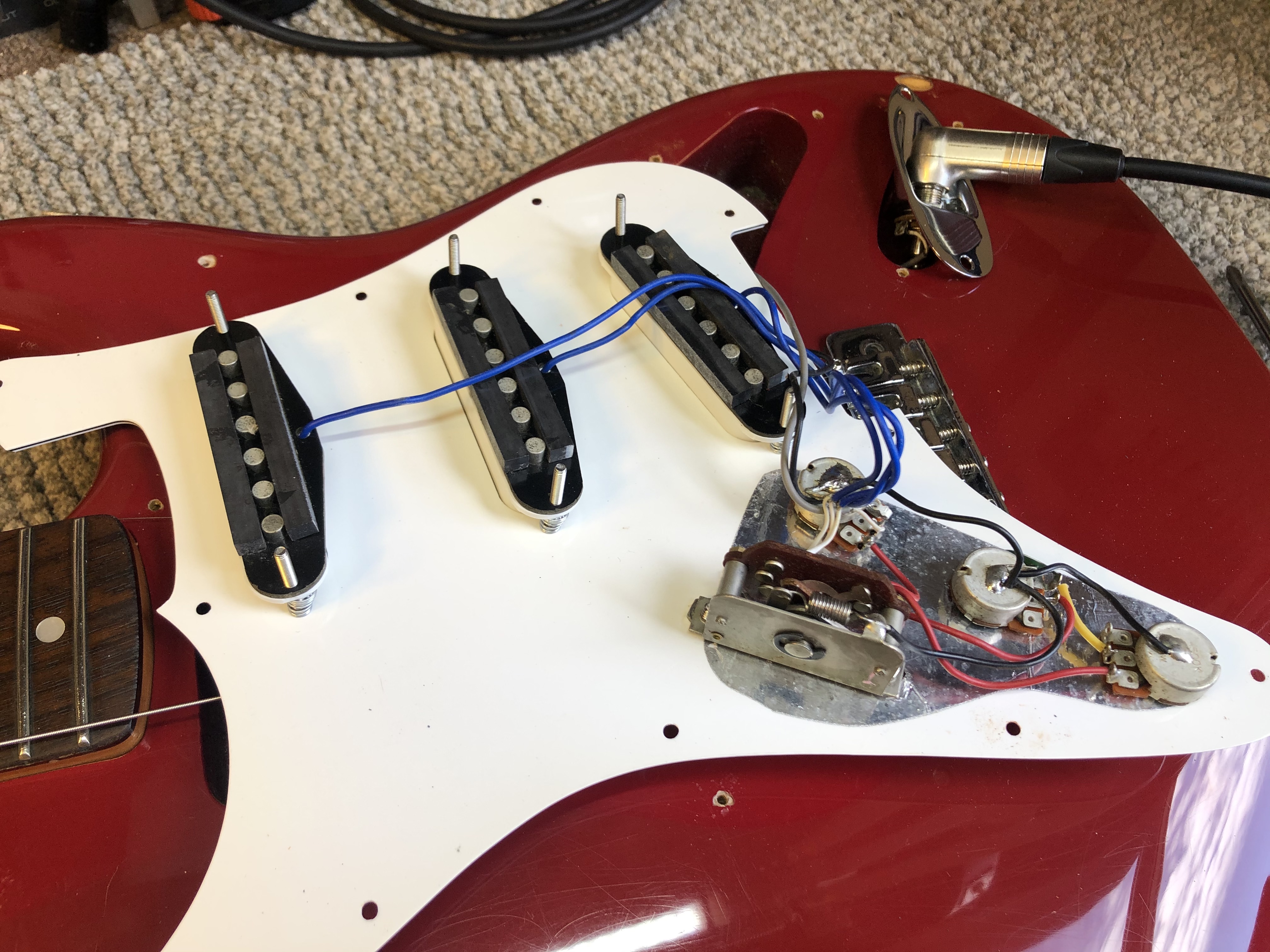 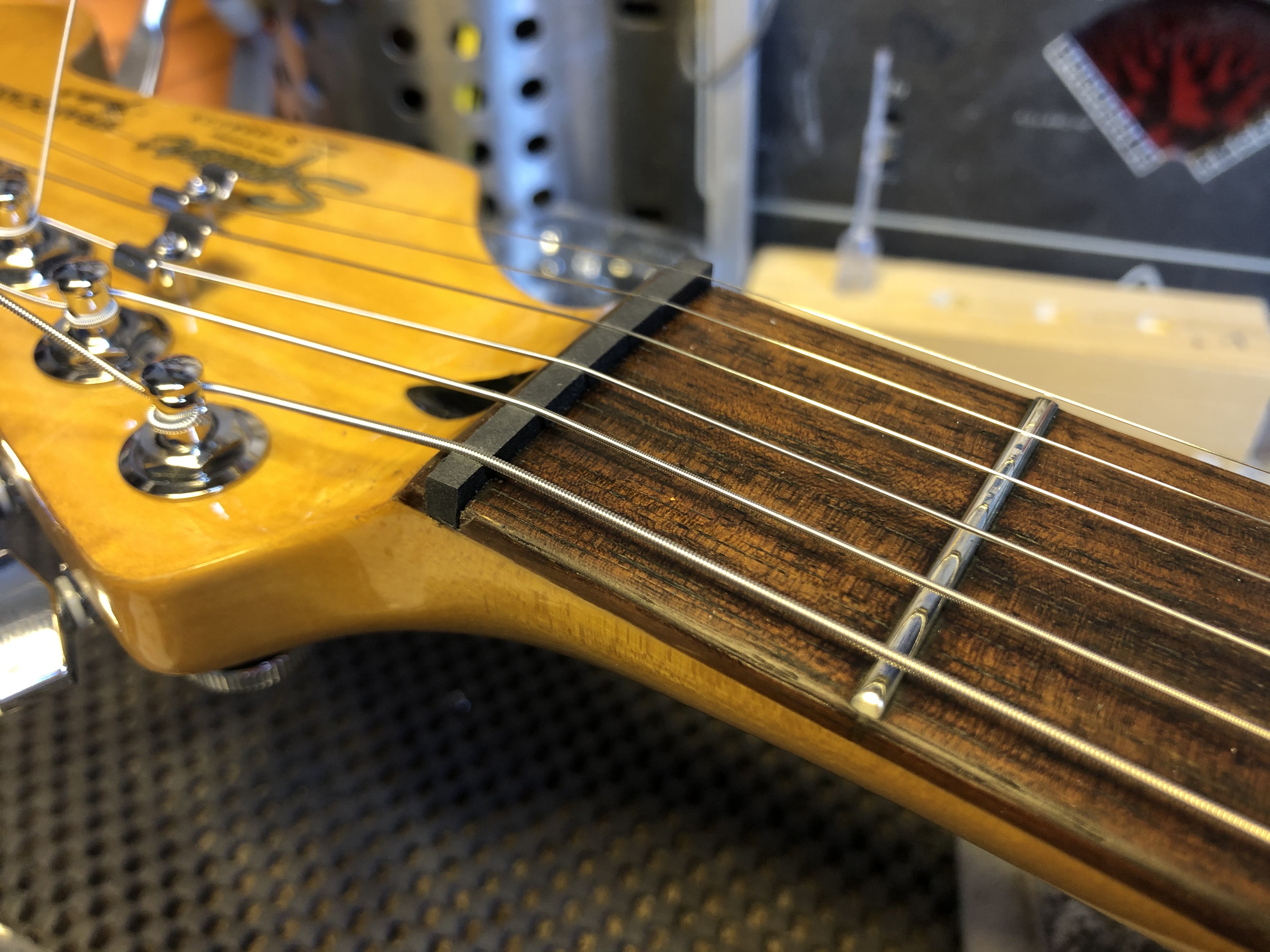 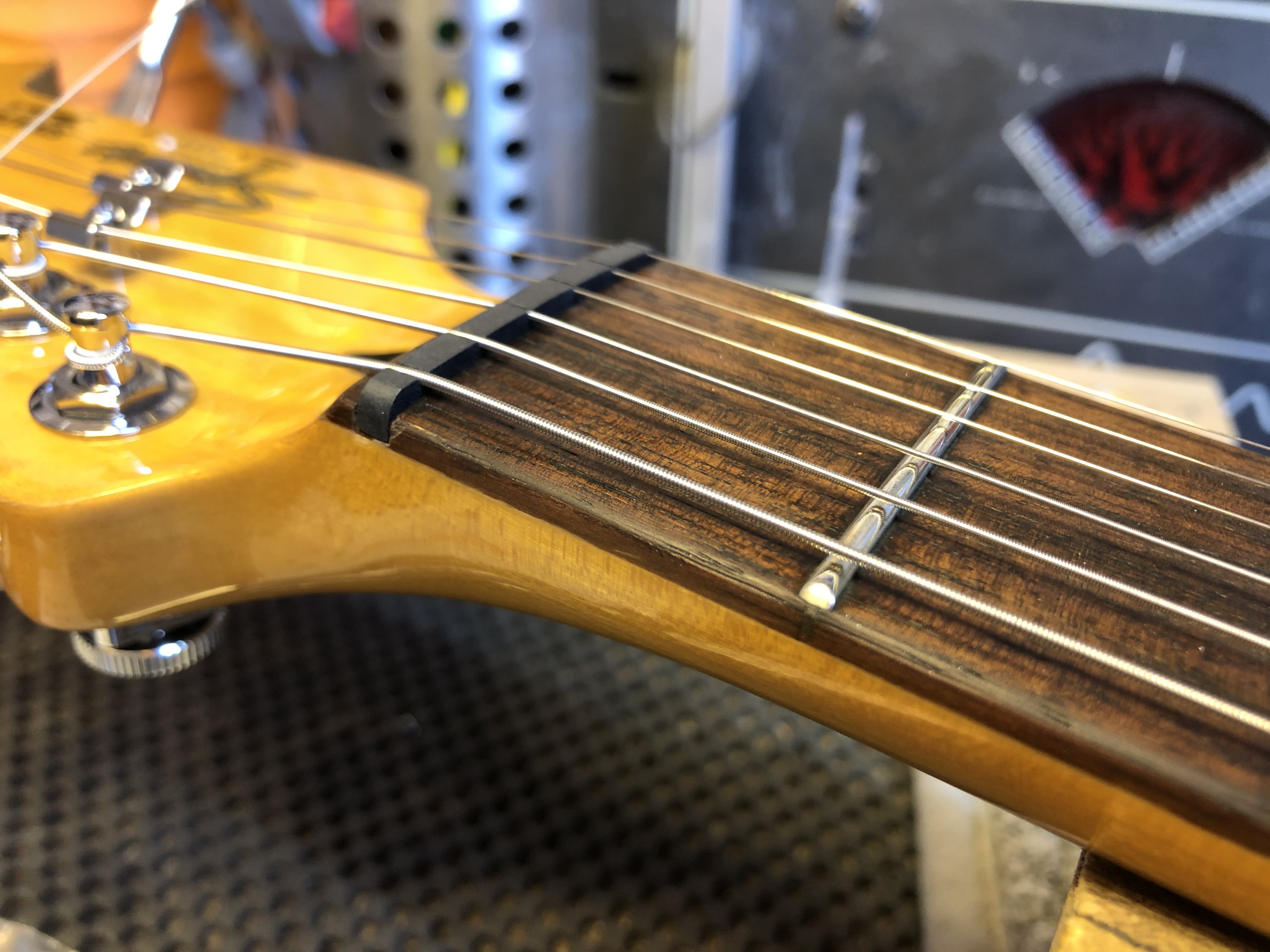 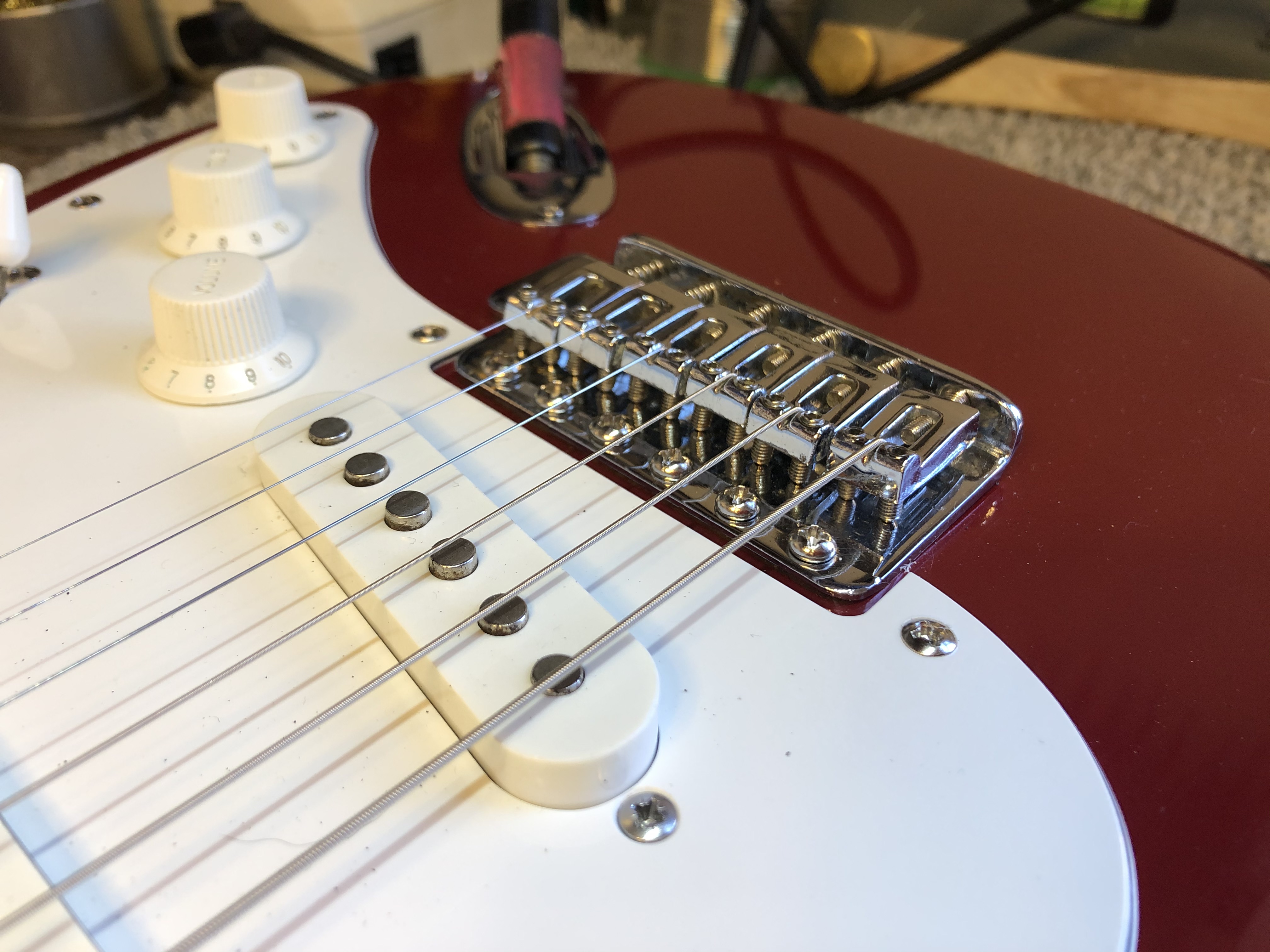 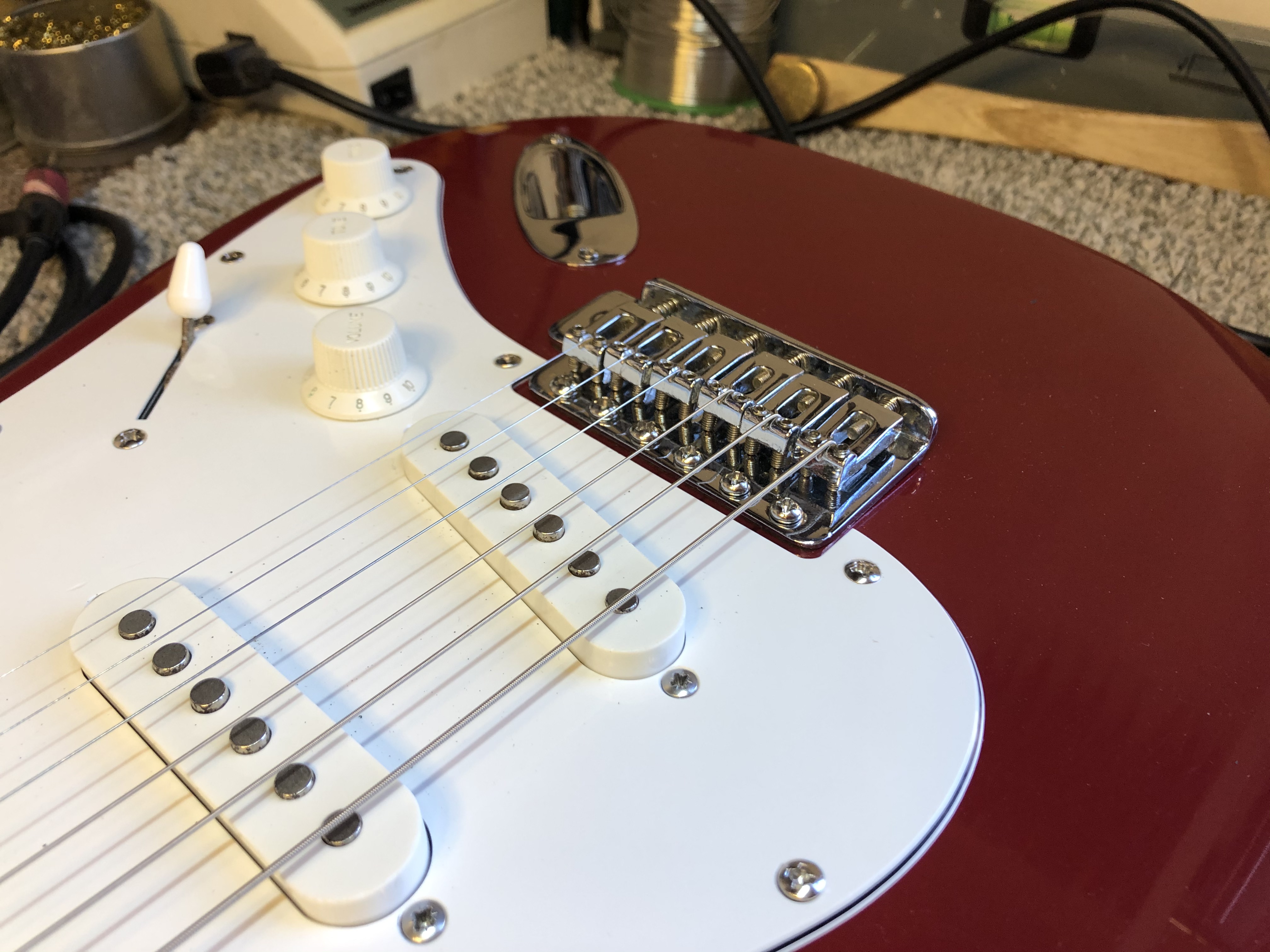 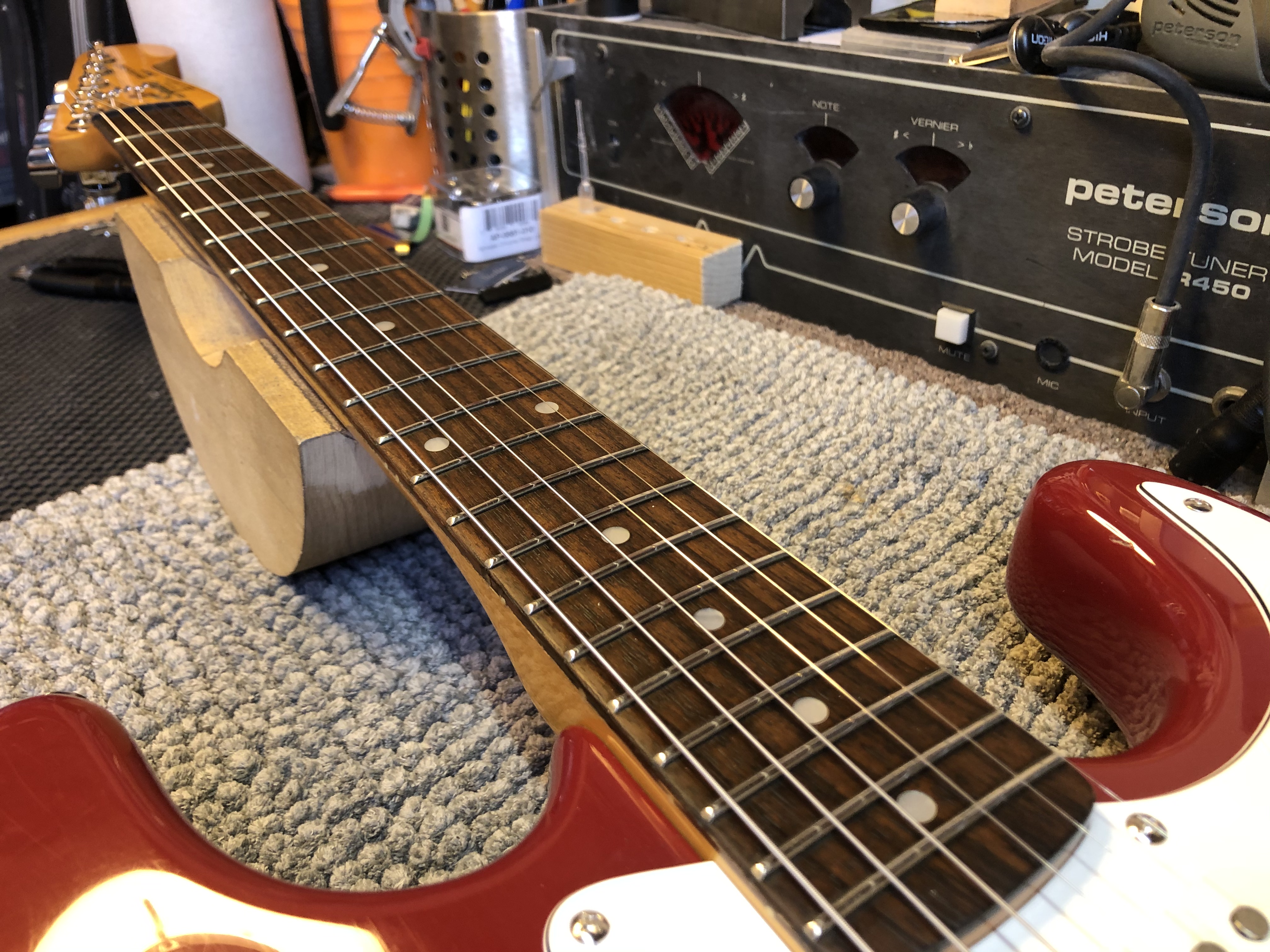 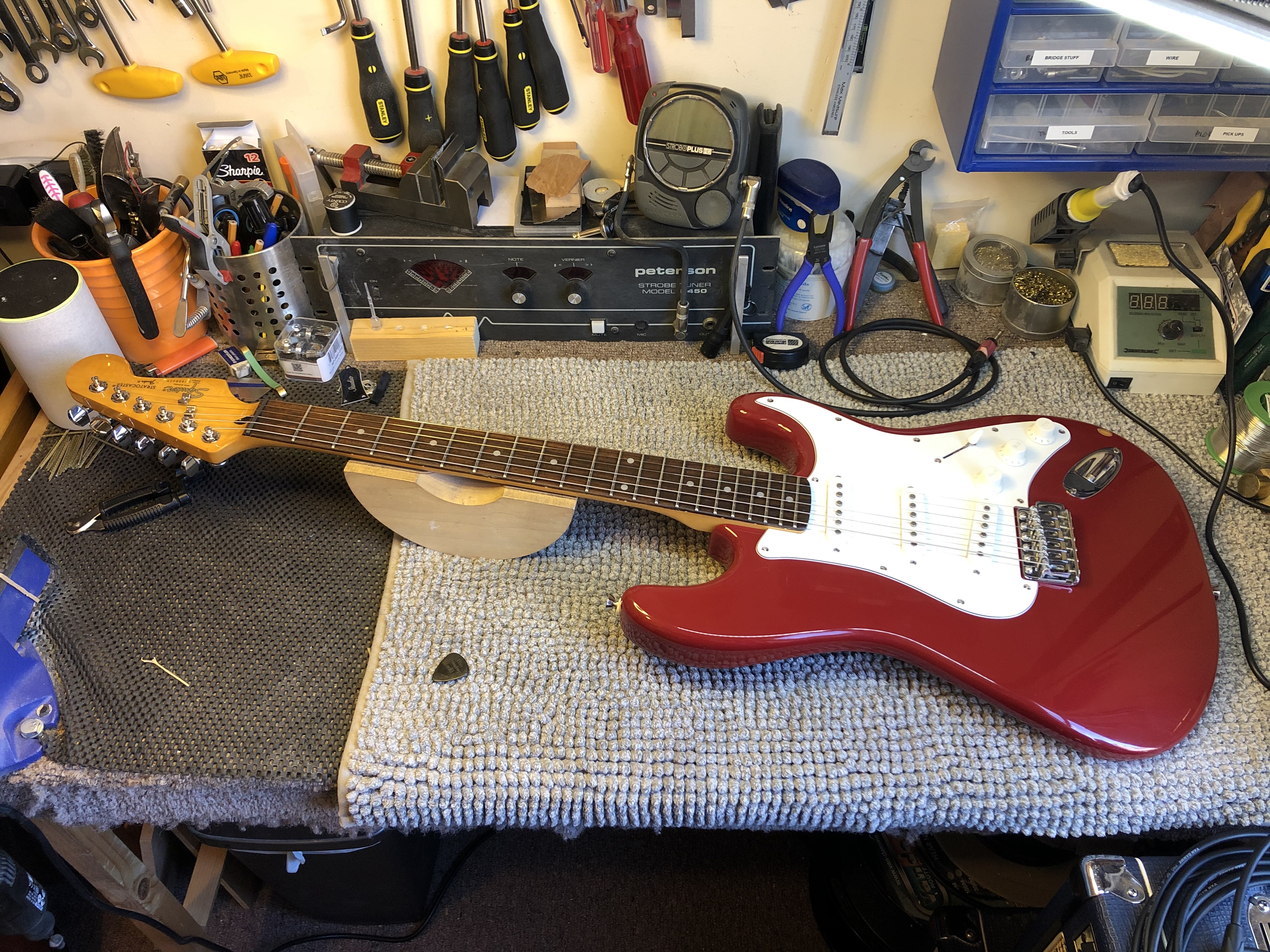