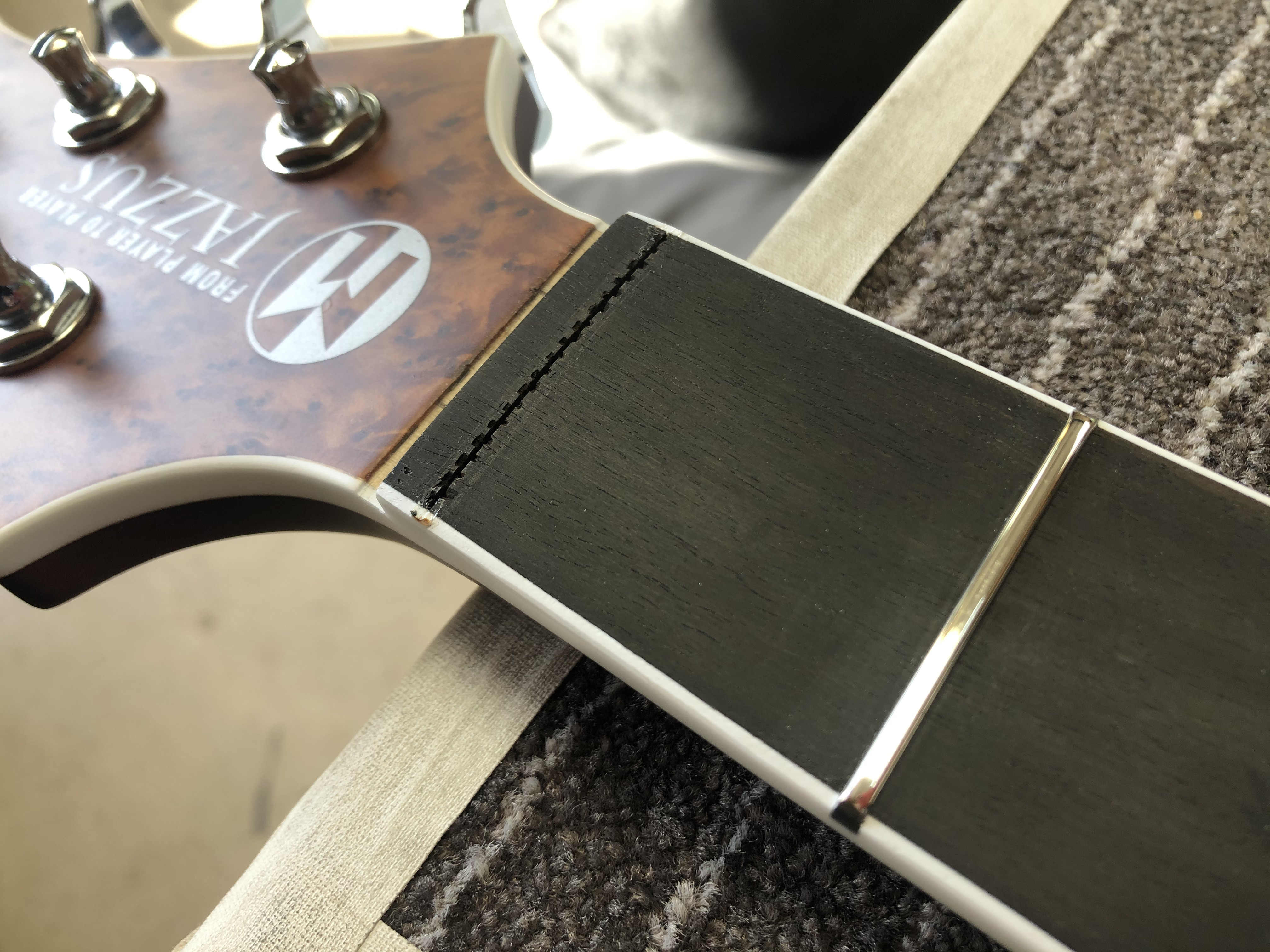 This bass came in with owner complaining about fret buzz. What was unusual was that it was in apparently random spots up and down the fret board and on different strings. On inspection the fingerboard was quite bumpy and and the frets were not level, what was worse was the zero fret was lower than the first fret and appeared to actually be smaller than the other frets. I levelled the frets but this still wasn’t enough to sort the issue with the zero fret so I had to change it. 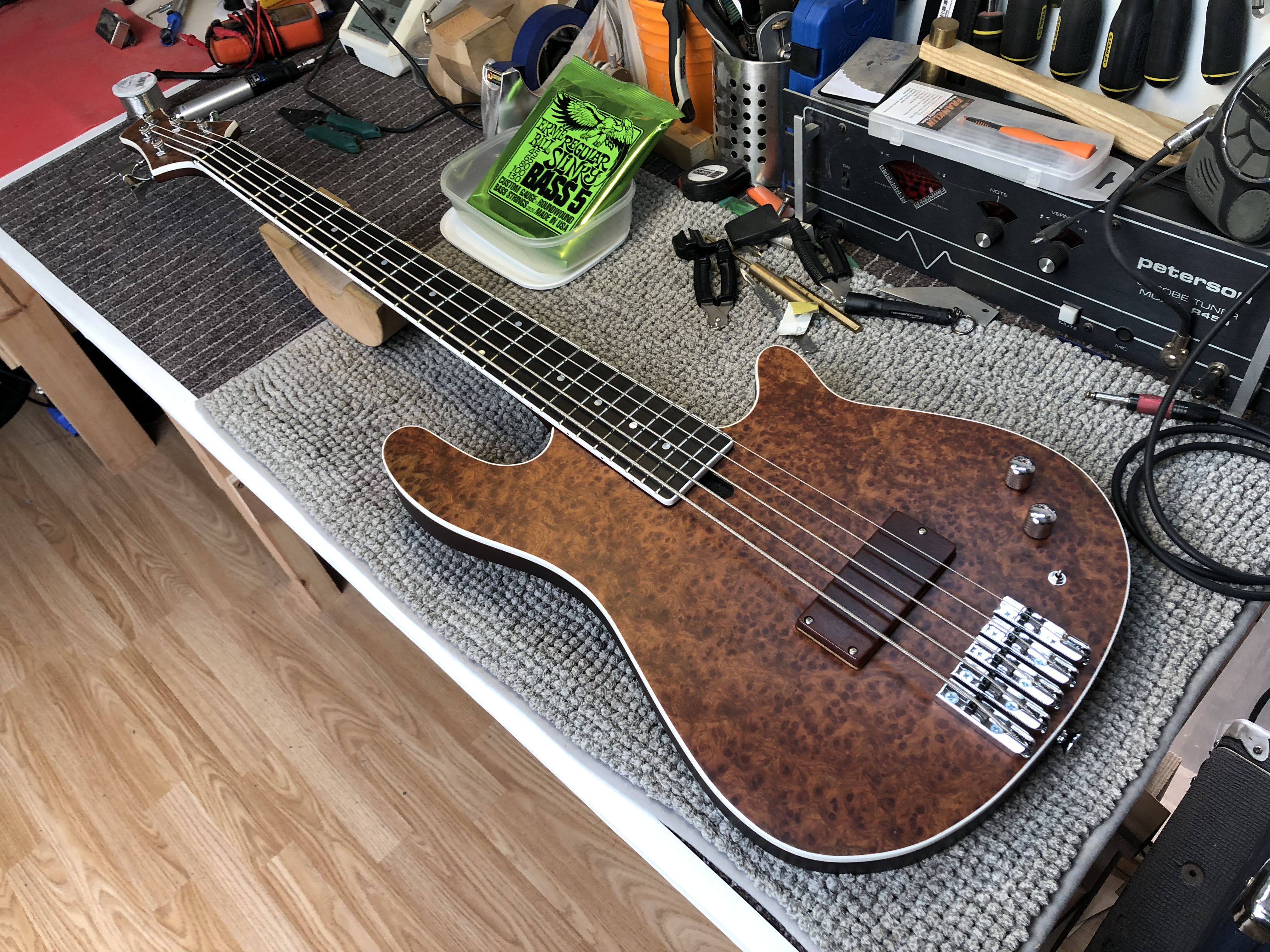 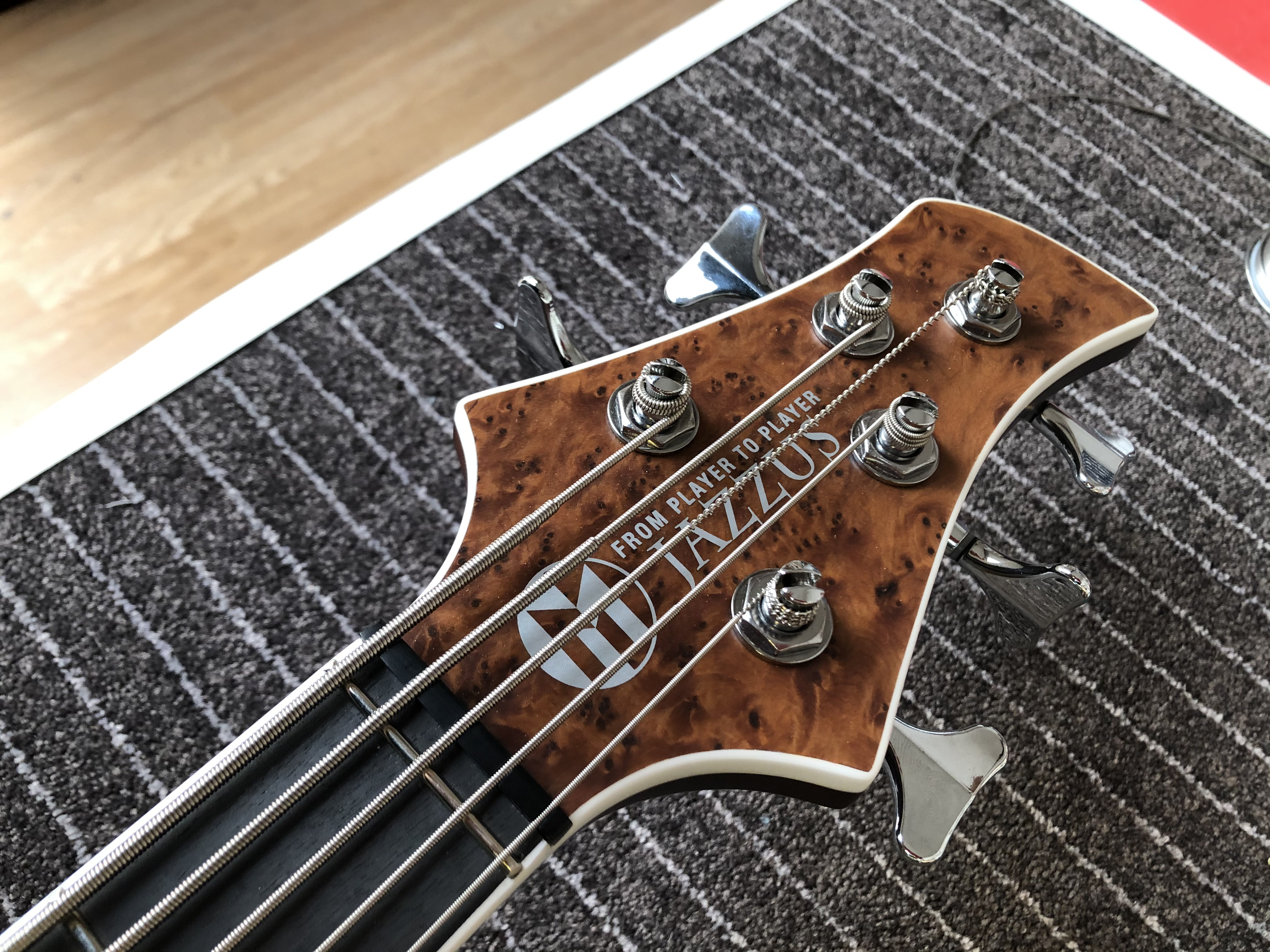 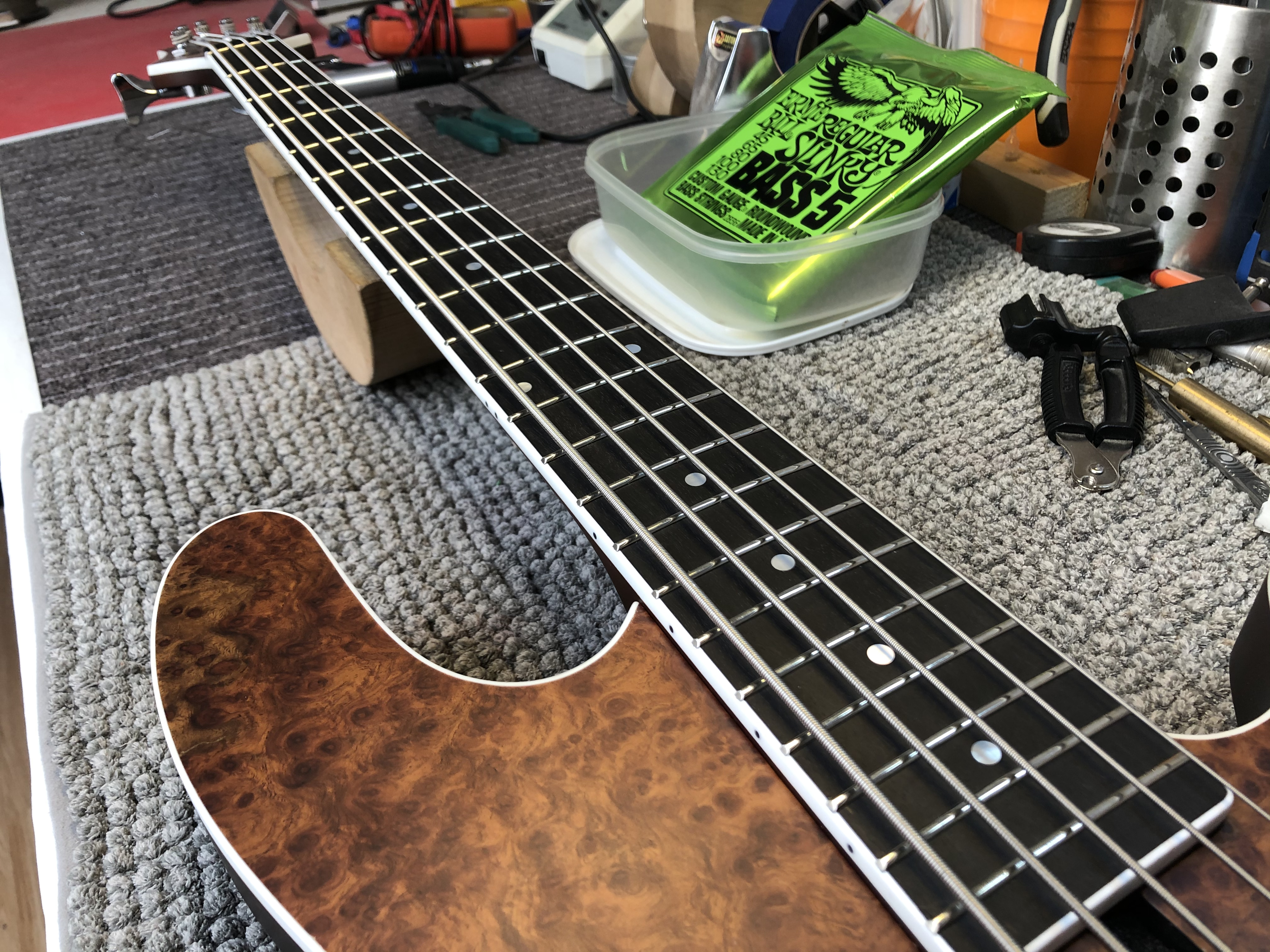 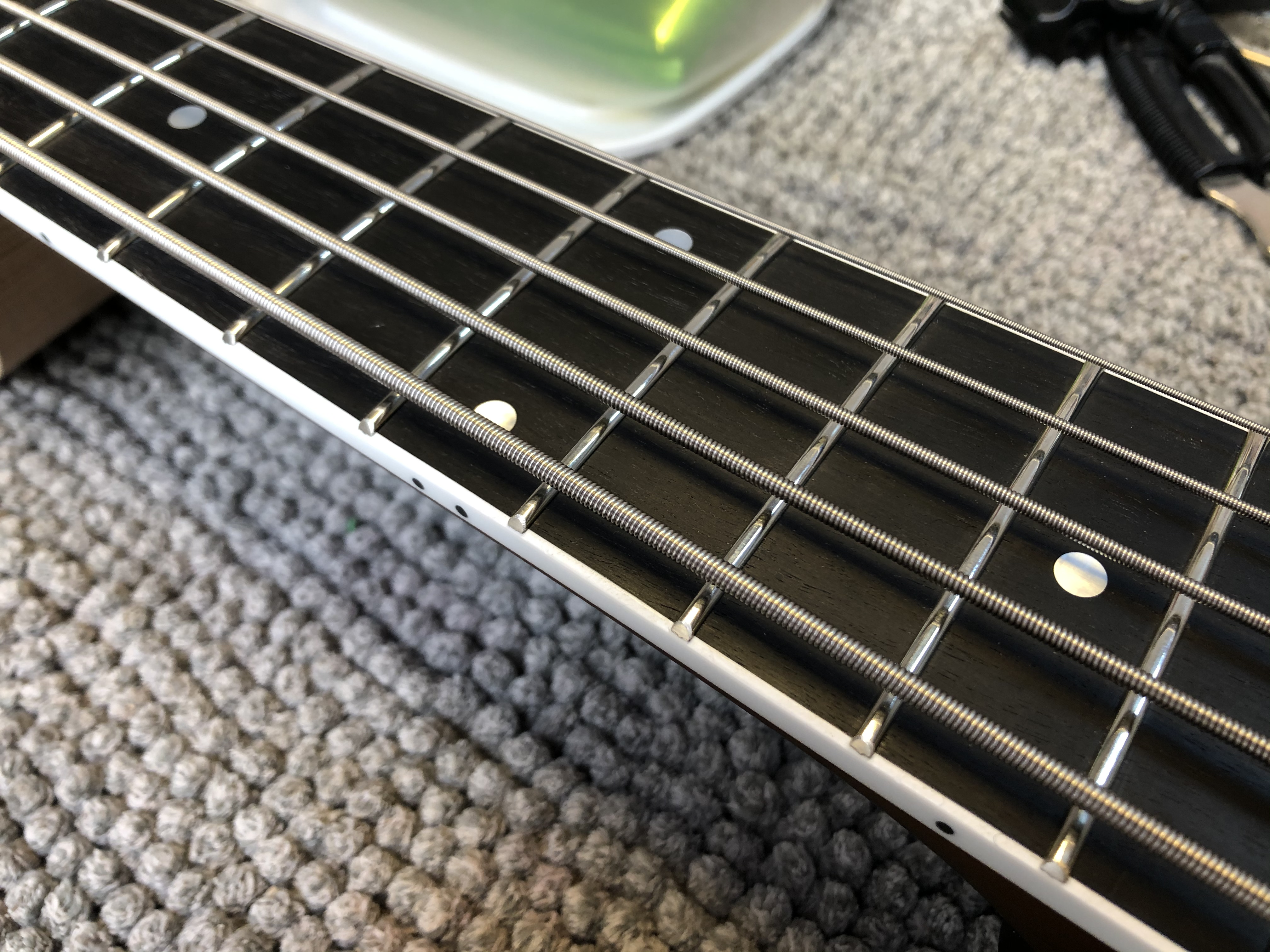 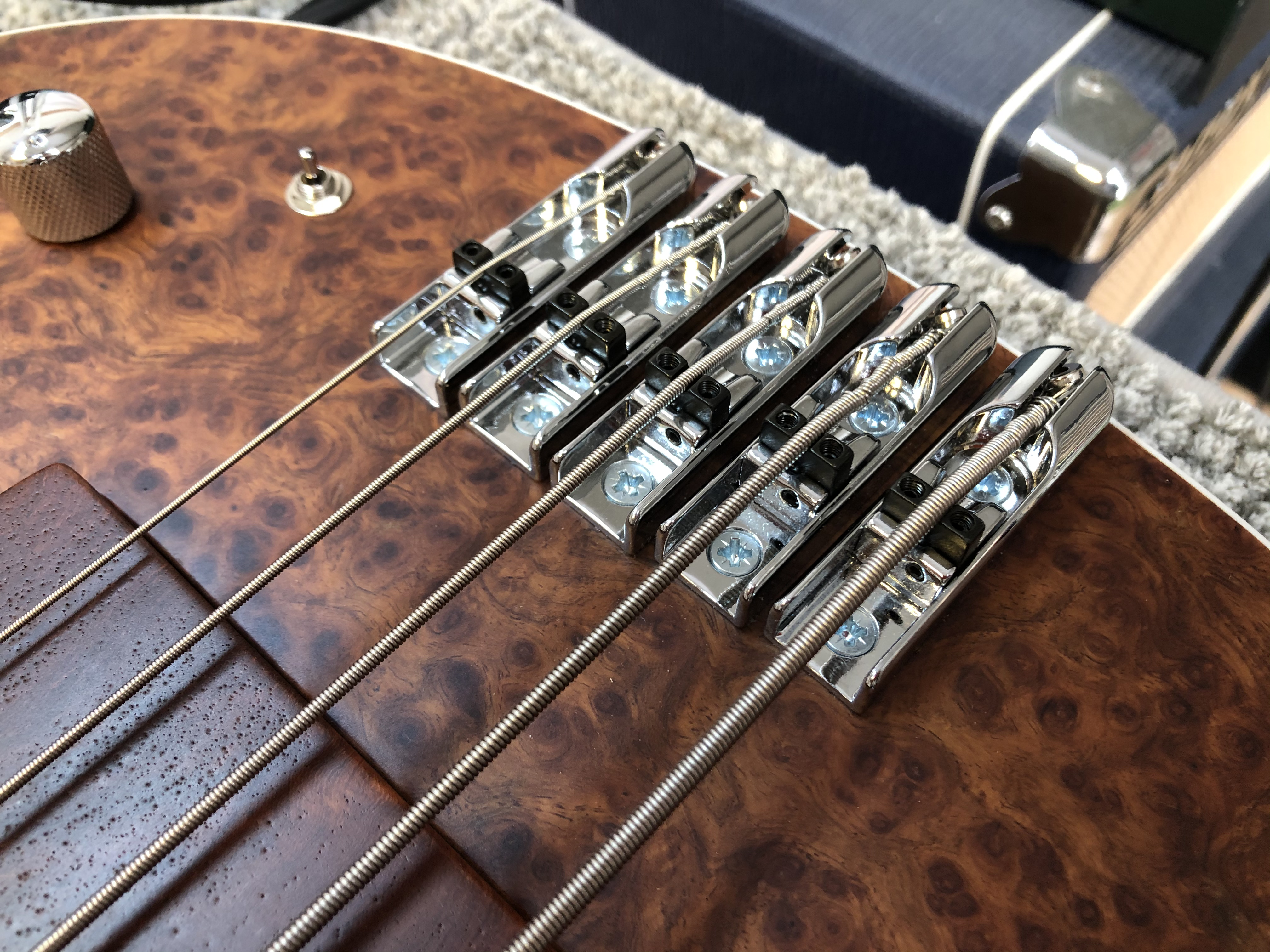 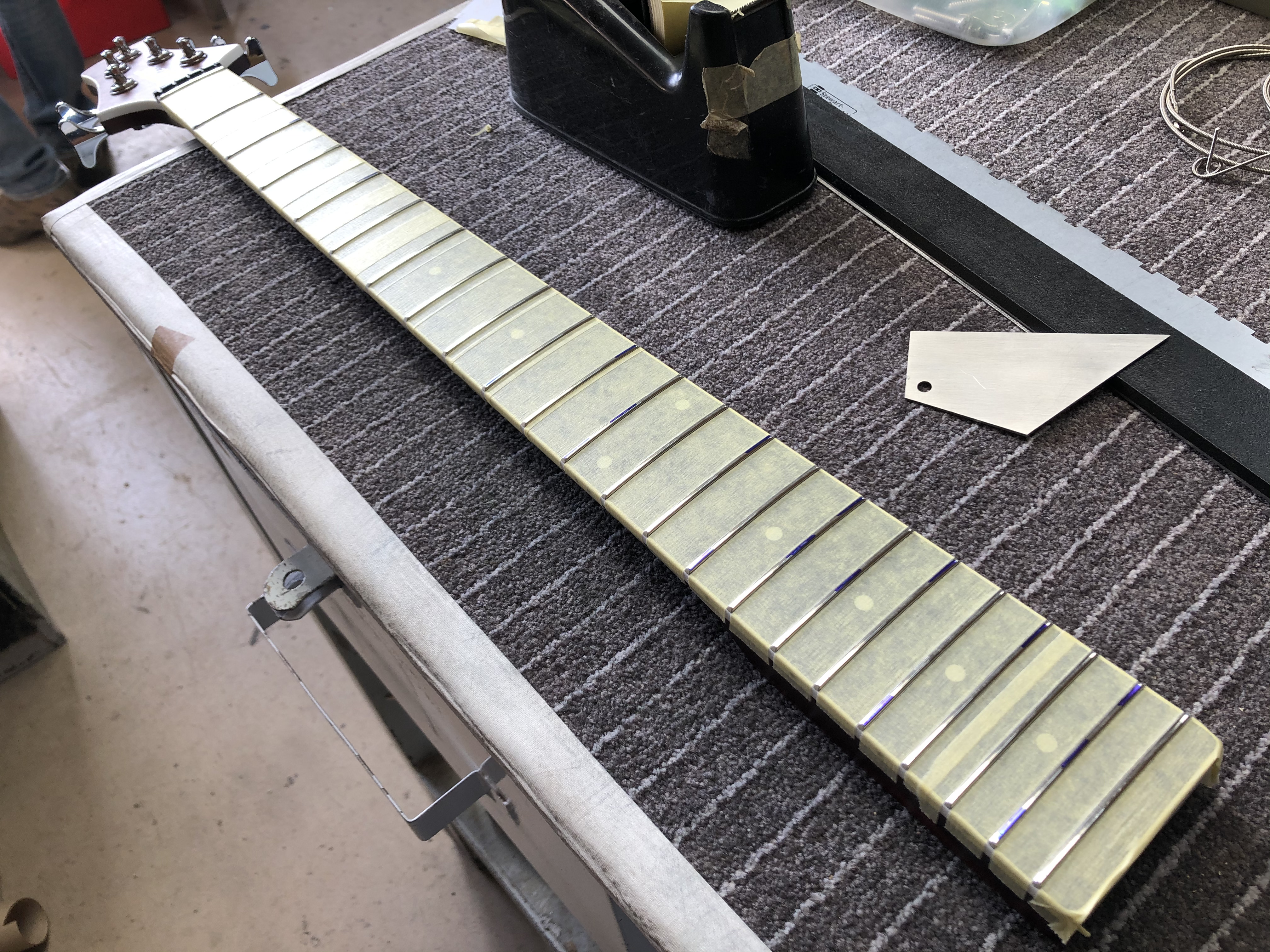 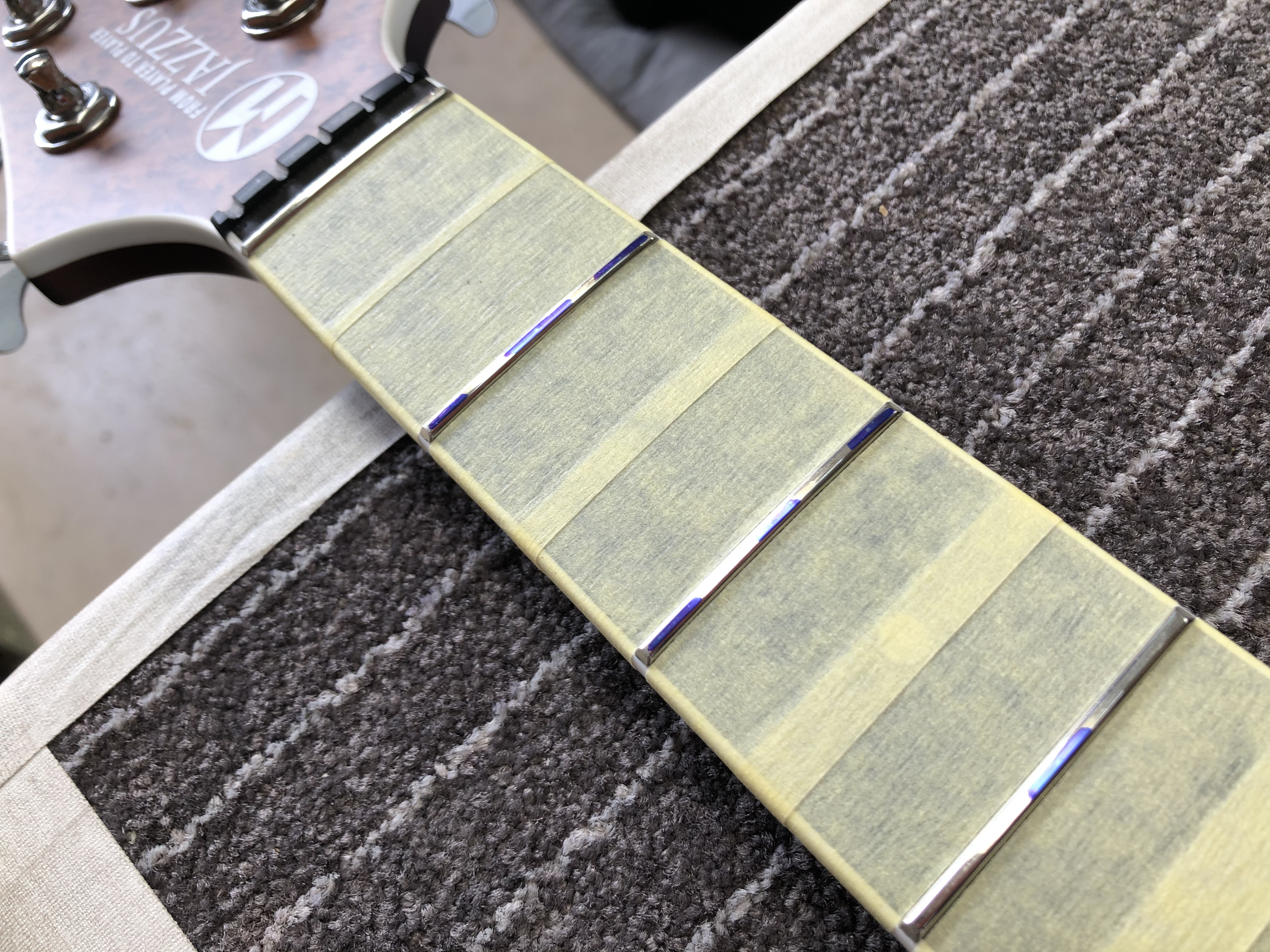 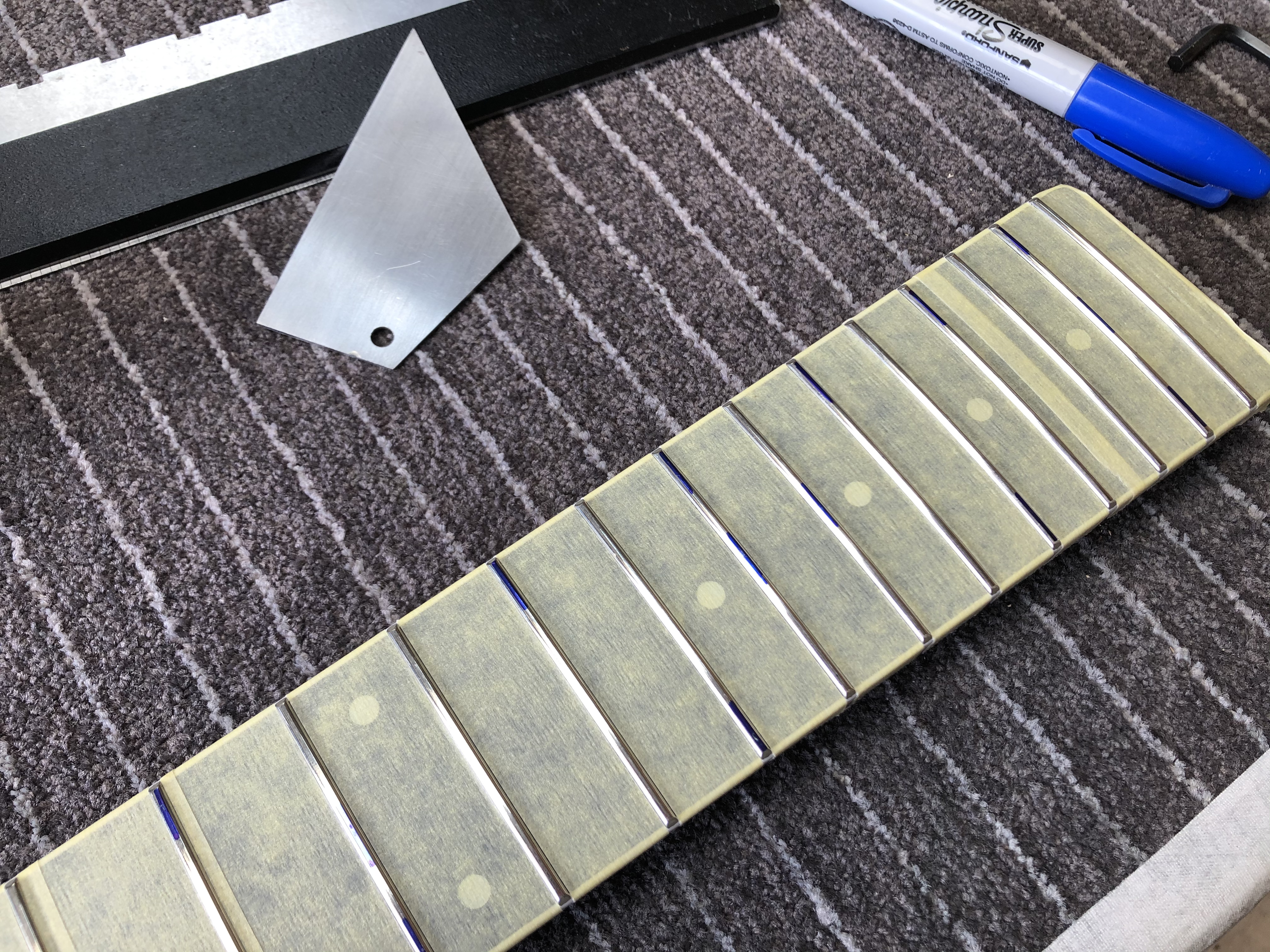 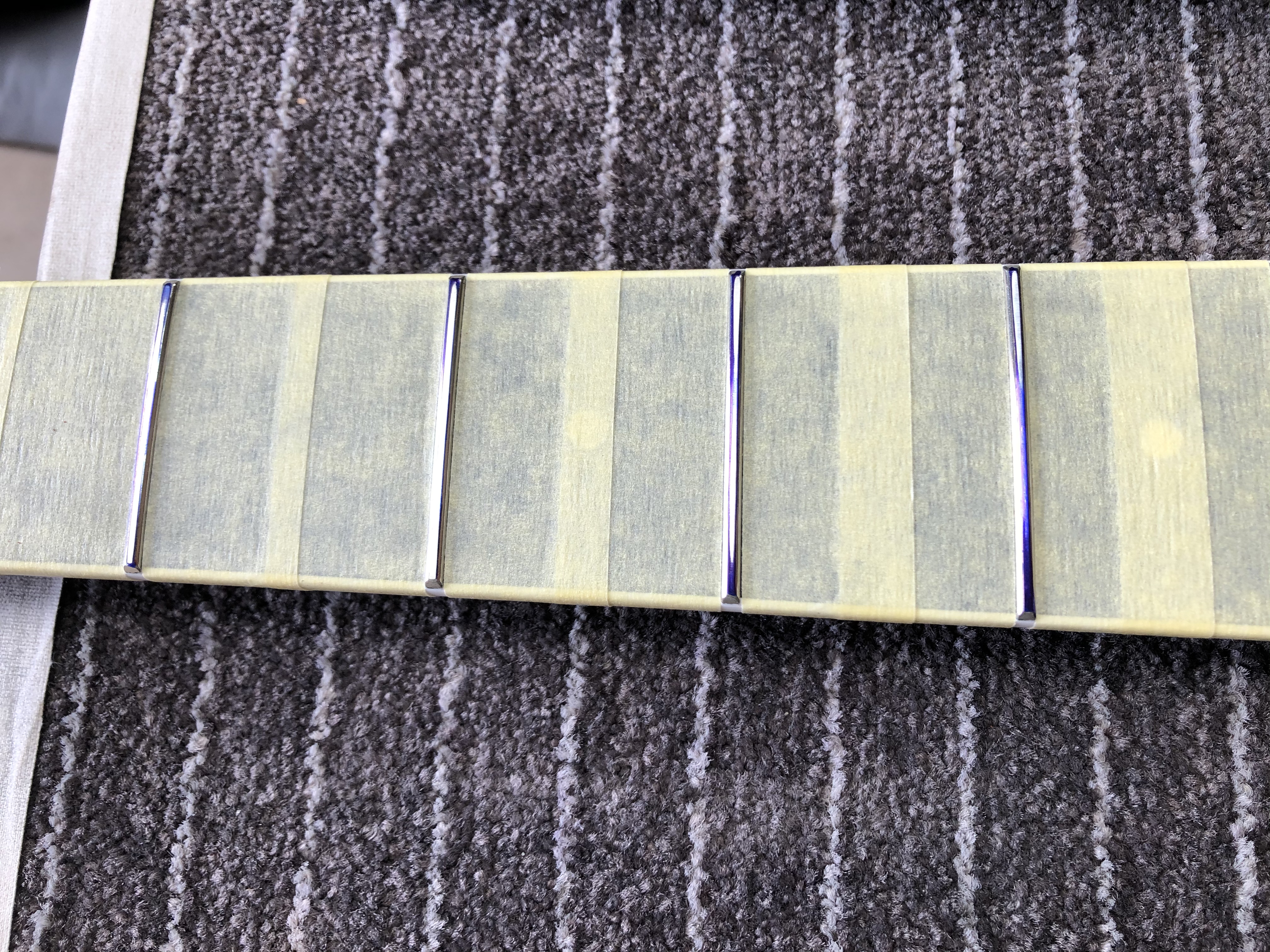 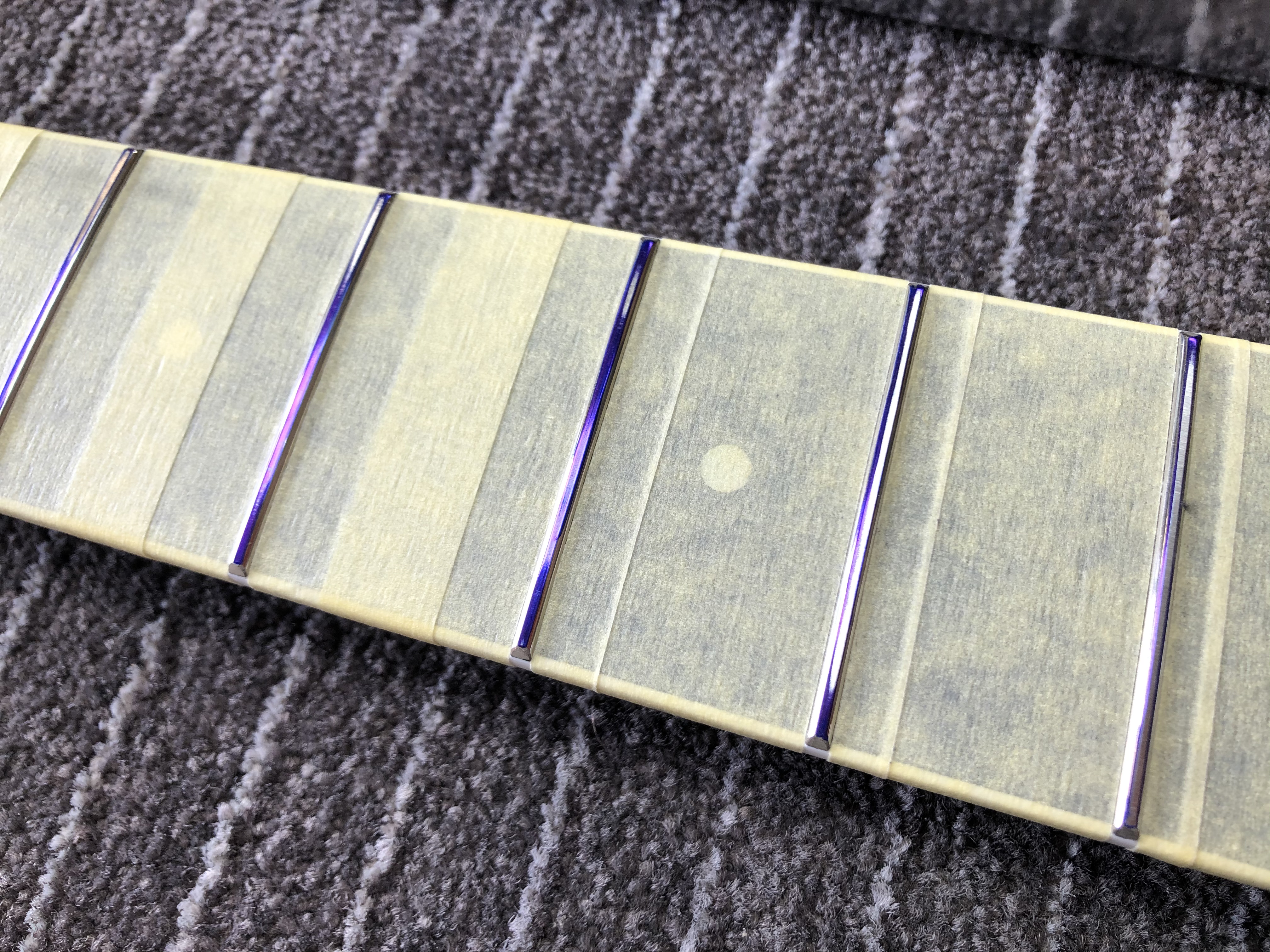 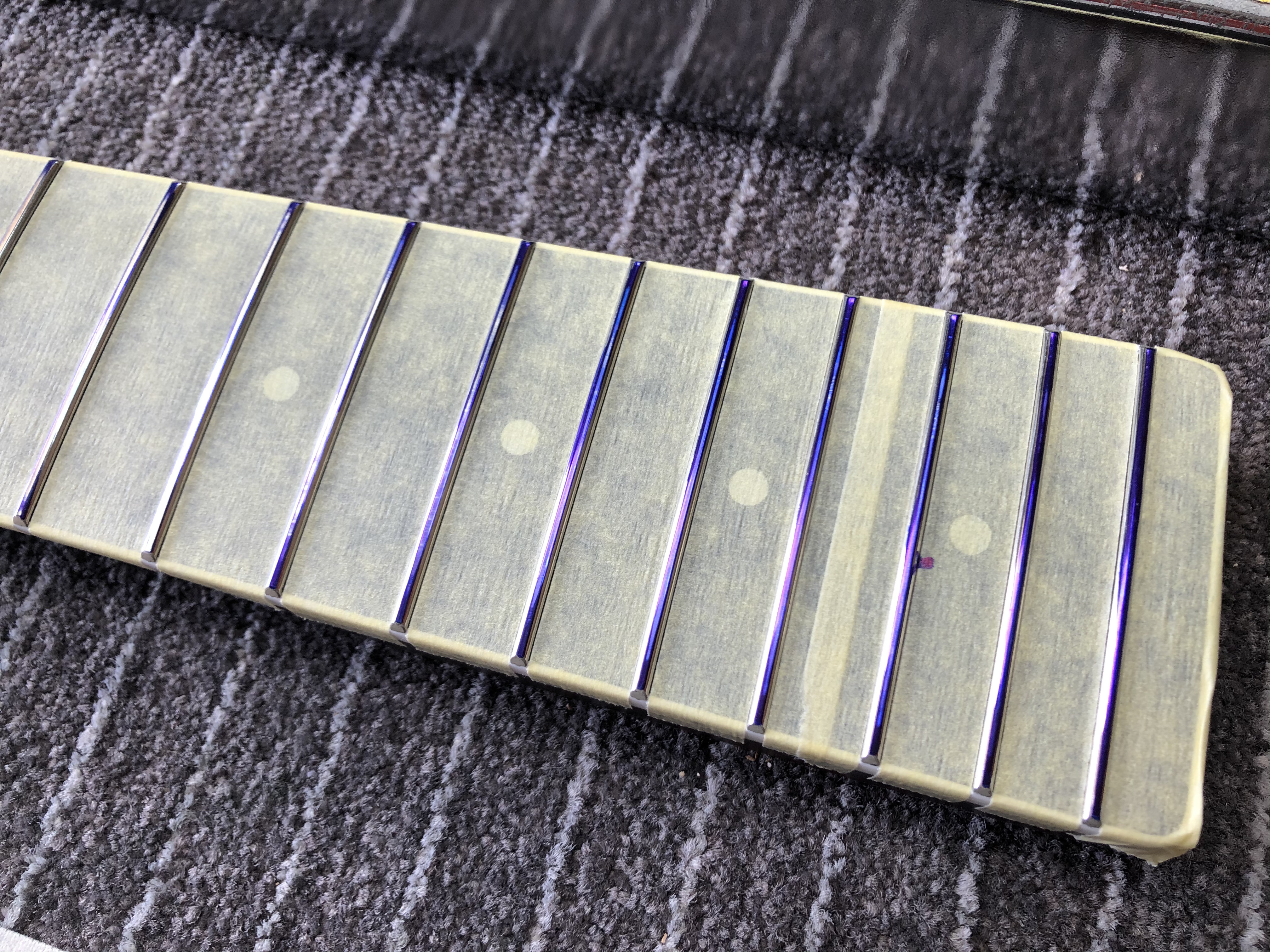 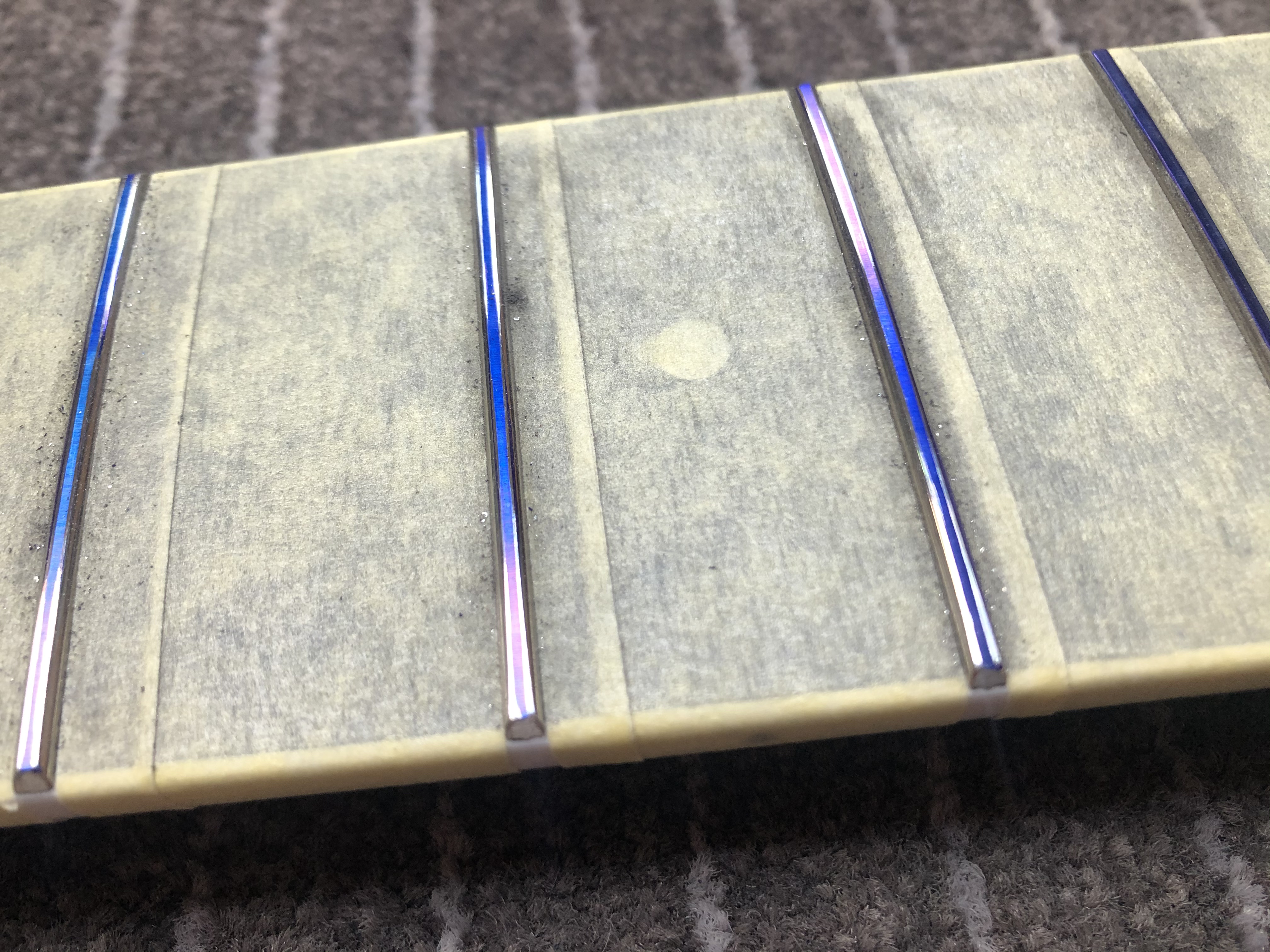 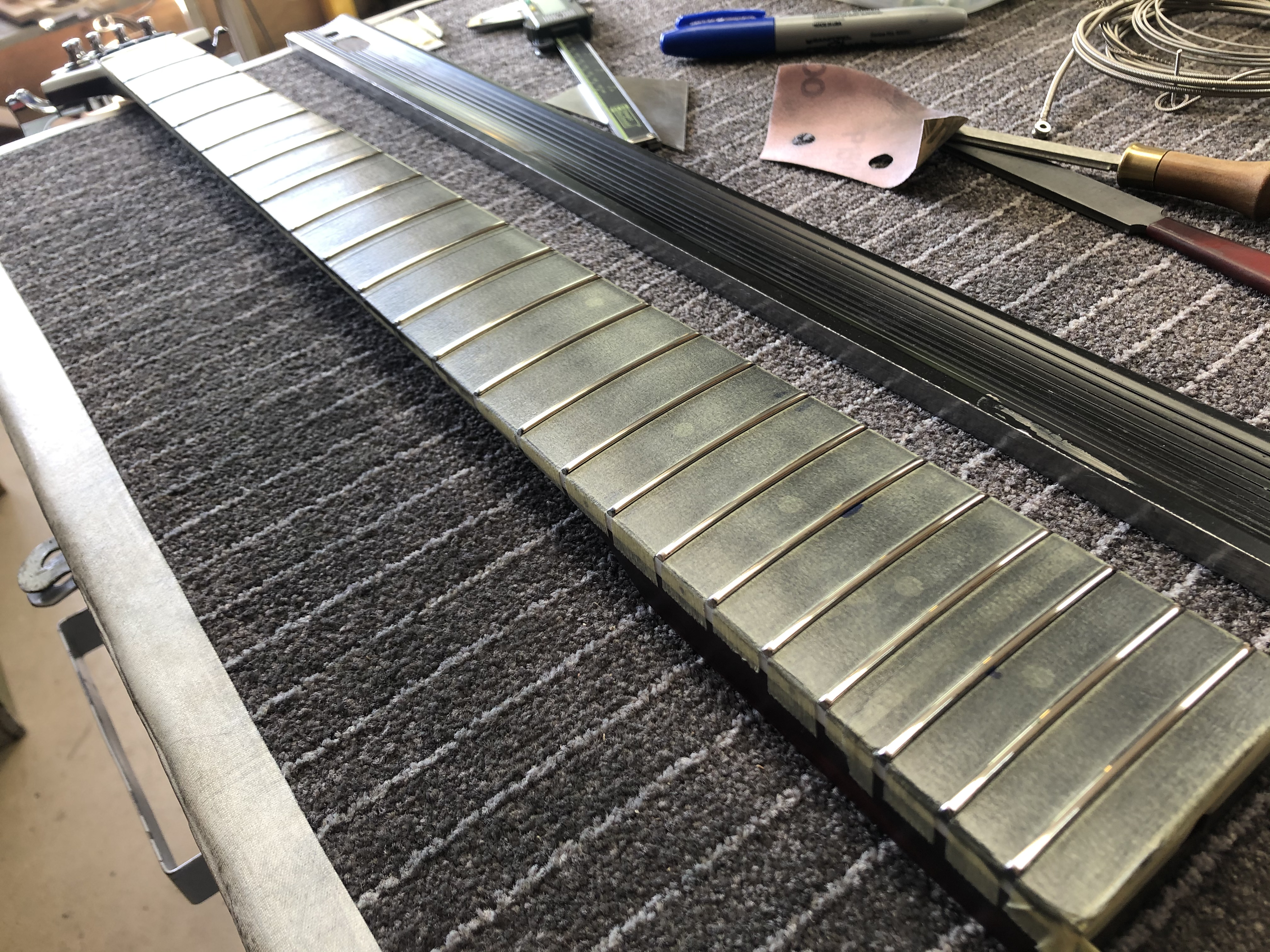 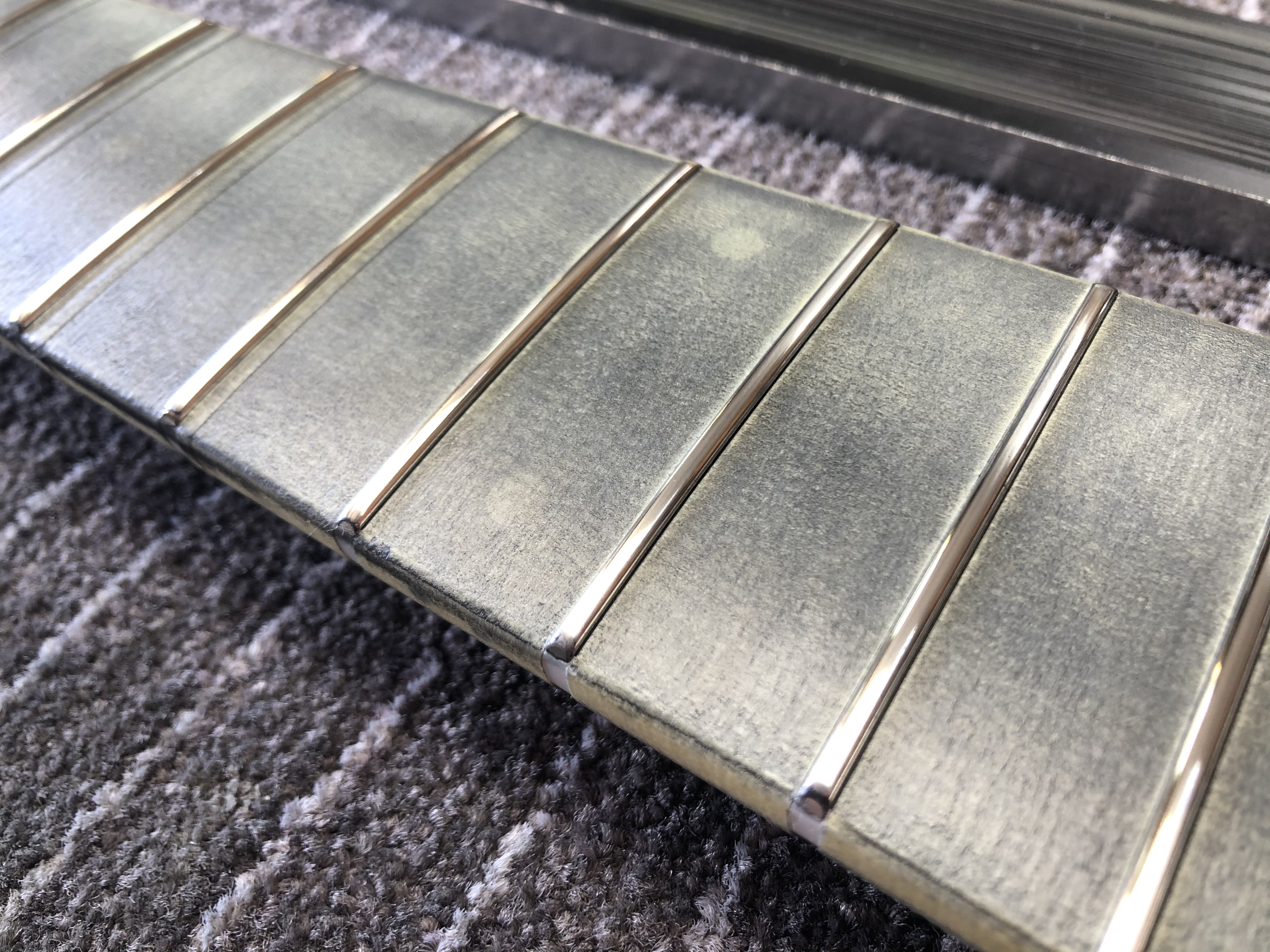 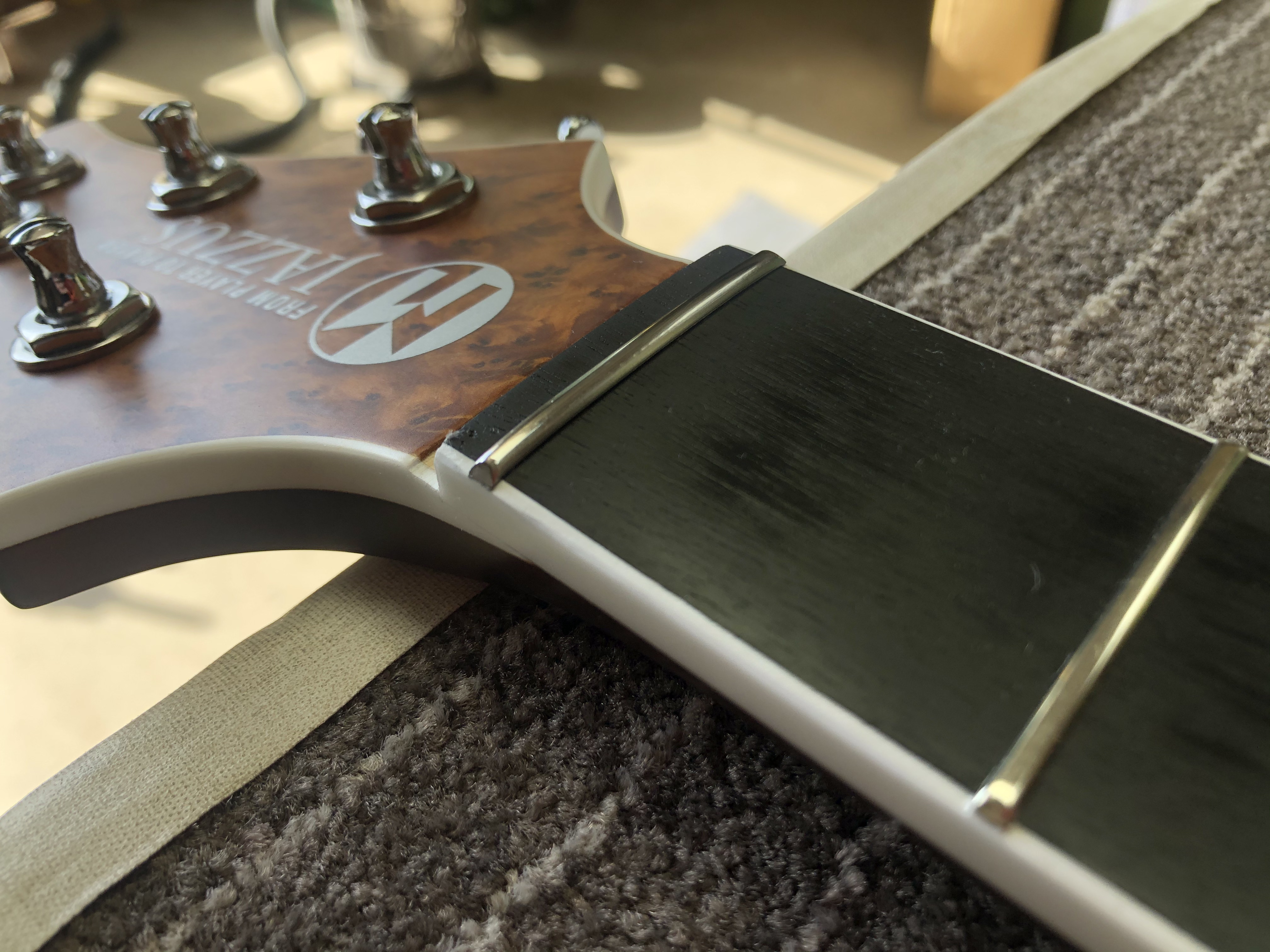 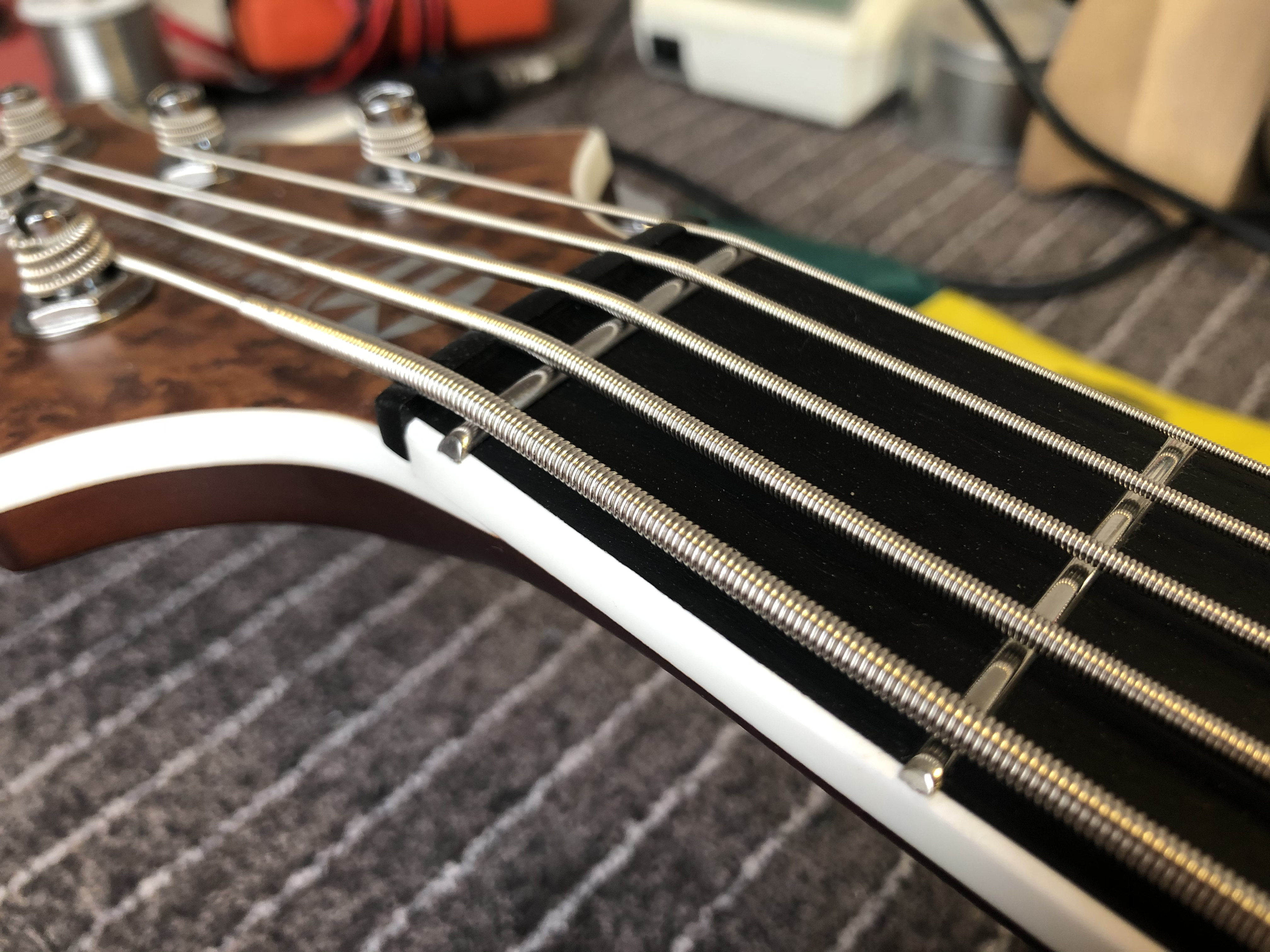 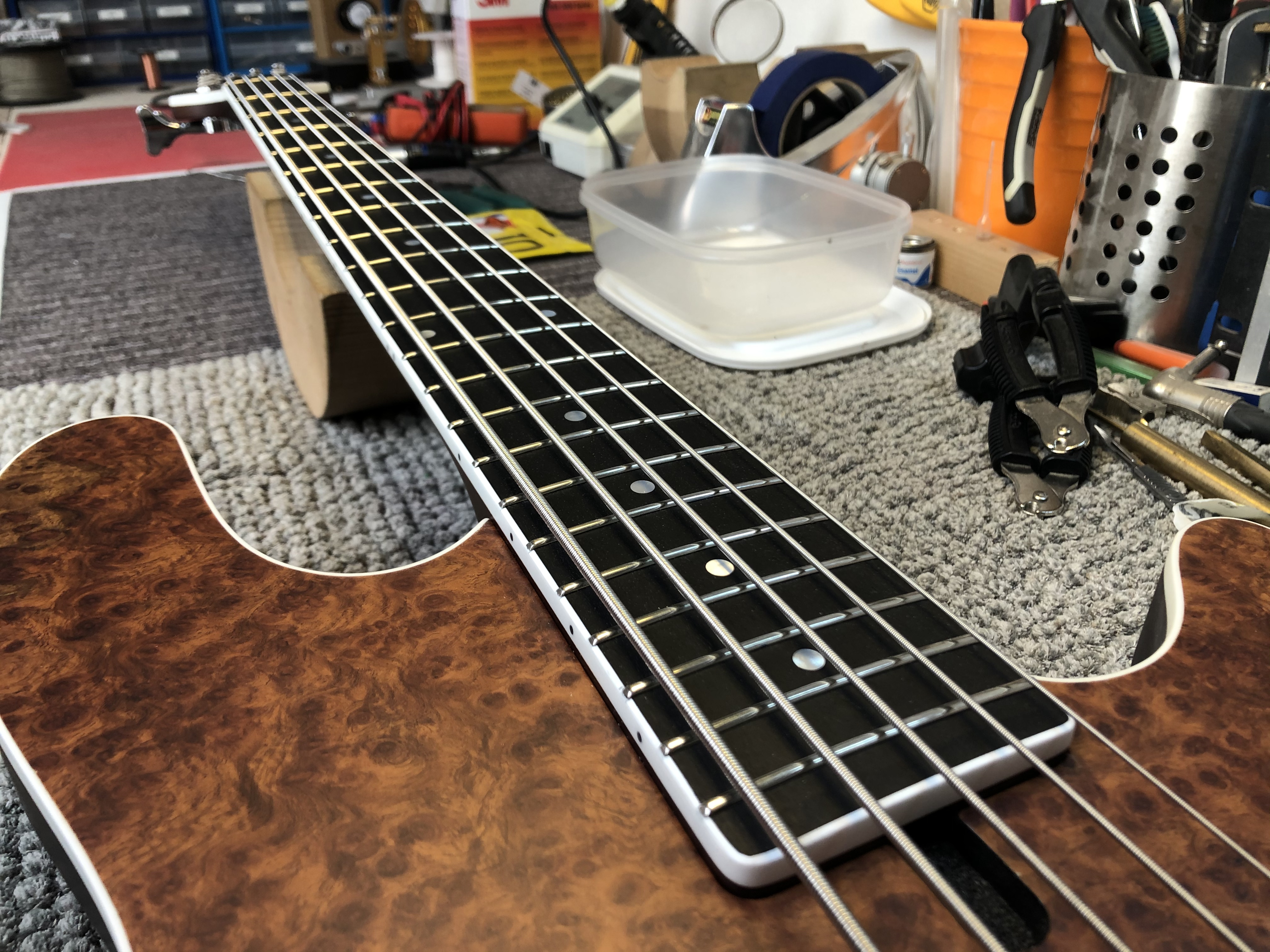 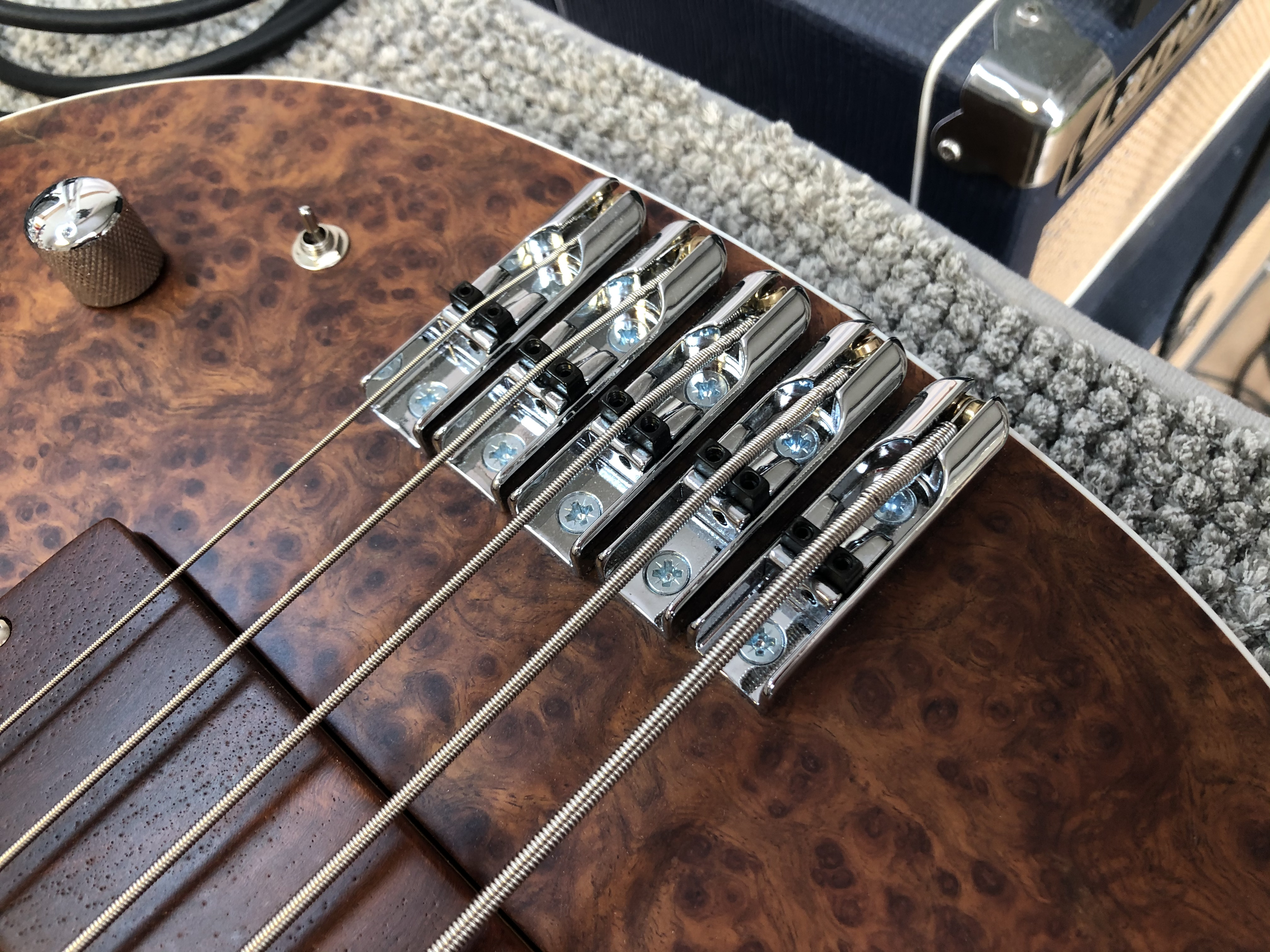 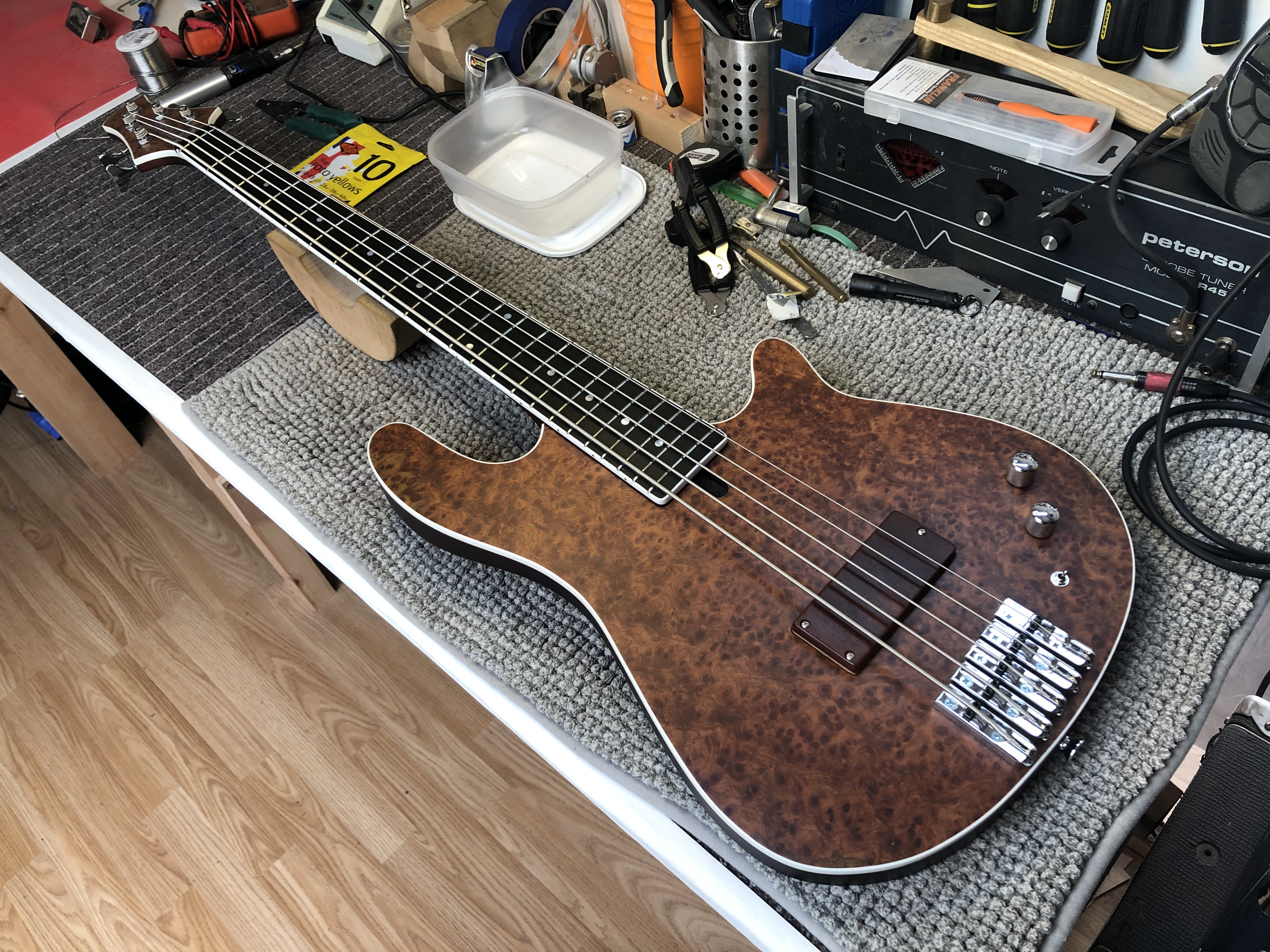