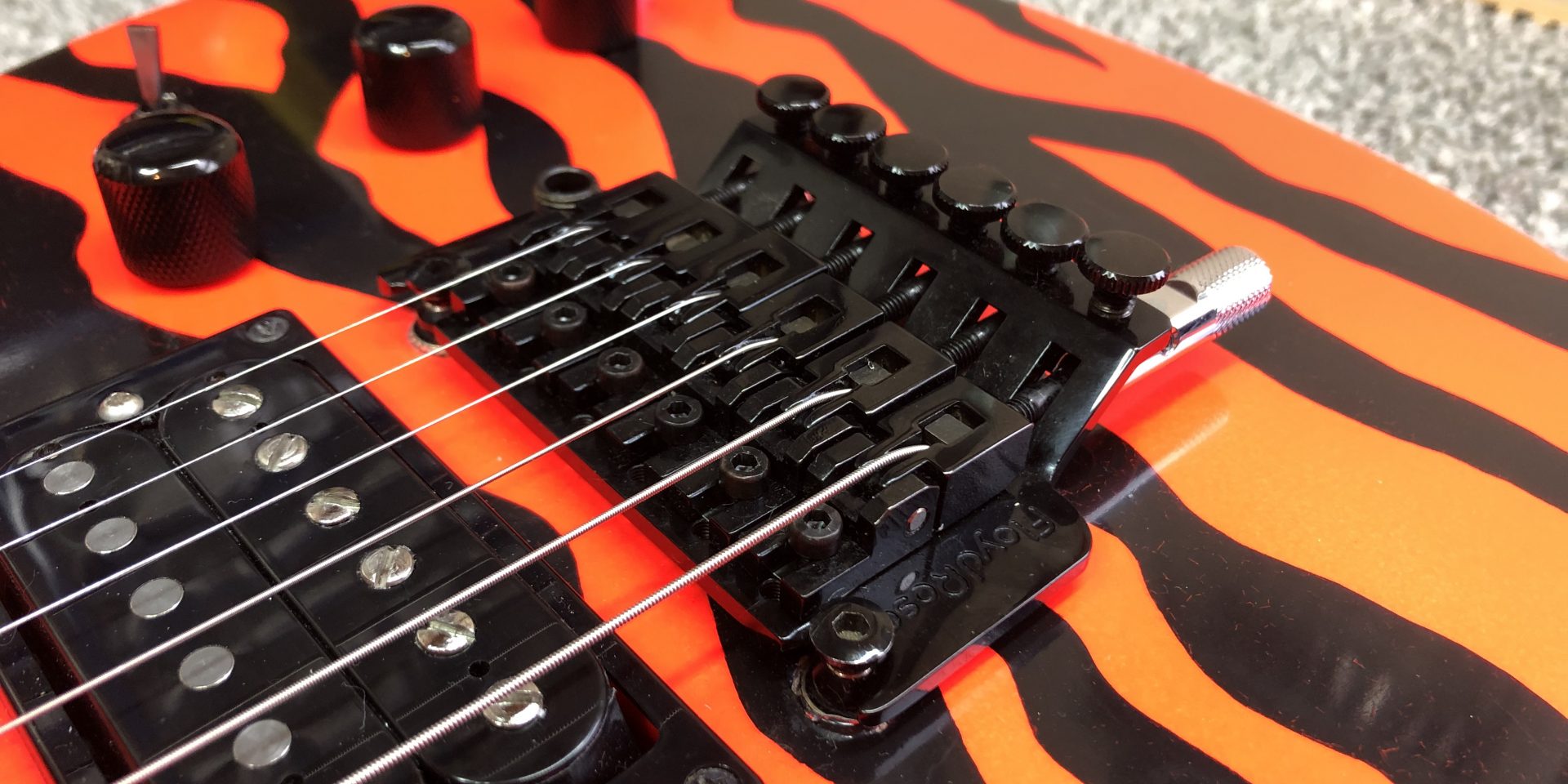 Yep, another Kramer Pacer! This one through some real curve balls at me as it had been set up quite badly and some odd things had been done. The action was high and it just felt wrong.

First of all the trem didn’t match the radius of the fretboard (surprise surprise!) but some one had shimmed it for a smaller radius and not a larger one which was what the guitar needed. Then the neck had been shimmed which only means the floating trem couldn’t work the way it’s supposed to. I also found a high fret the was causing a rattle.

Once I had discovered what had been done and put these things right it was a fairly straight forward setup. 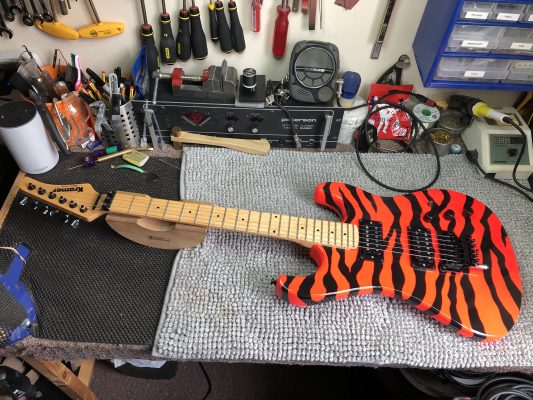 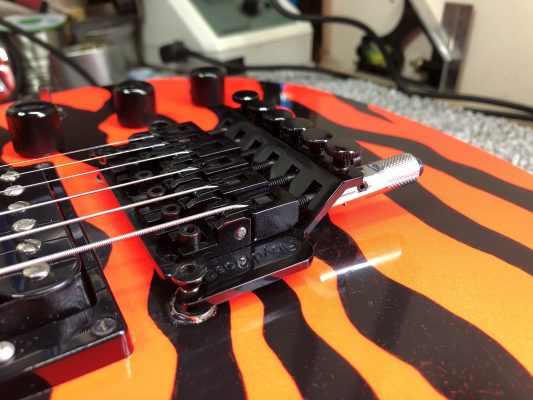 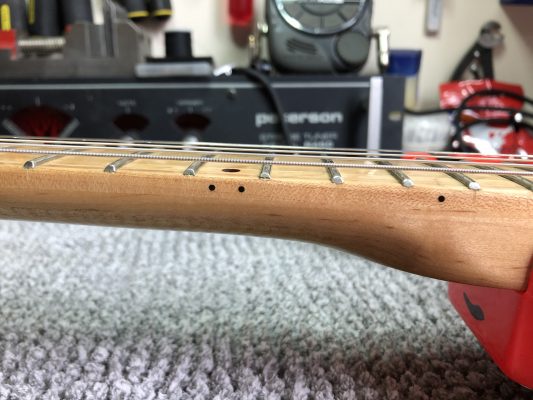 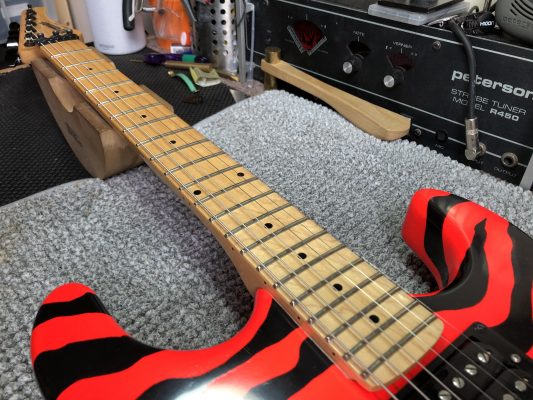 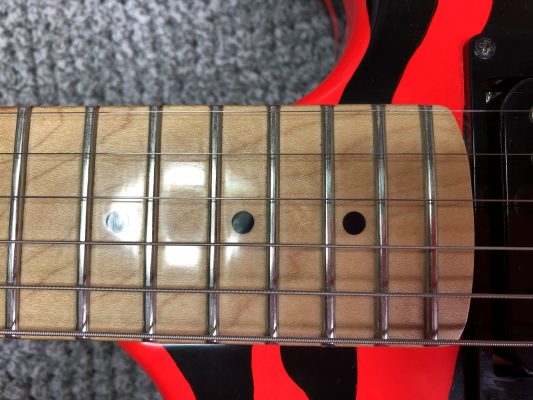 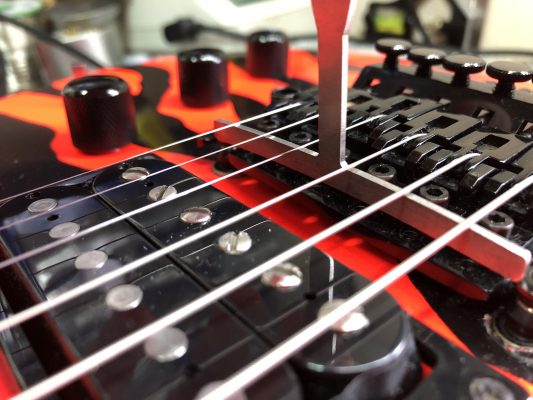 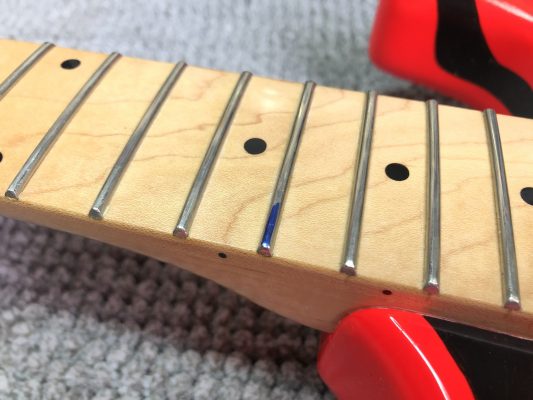 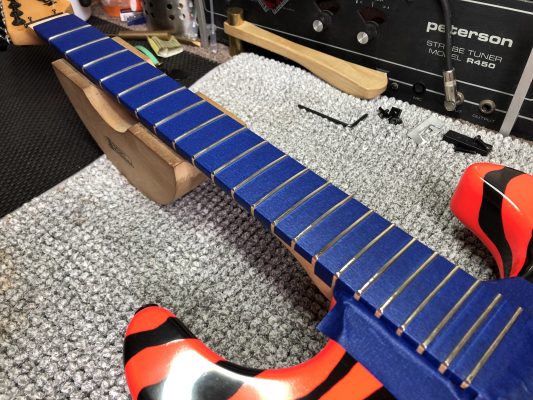 High fret levelled ready to be dressed and polished 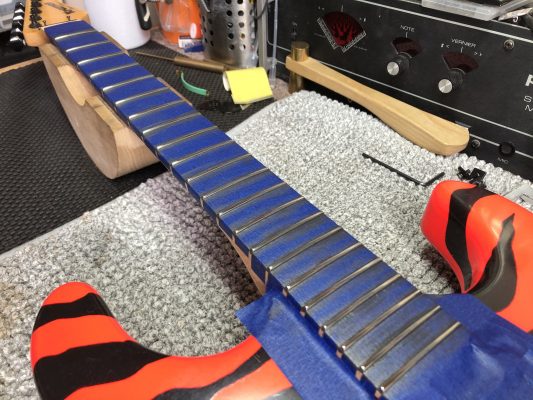 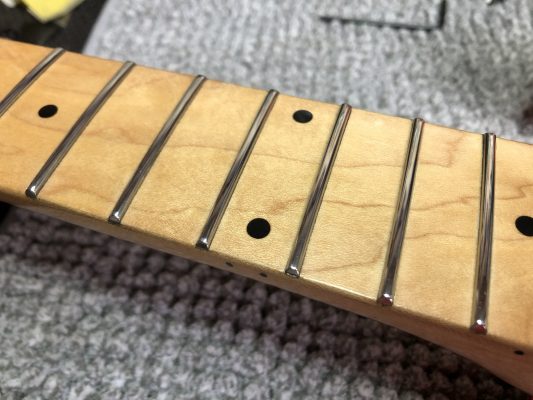 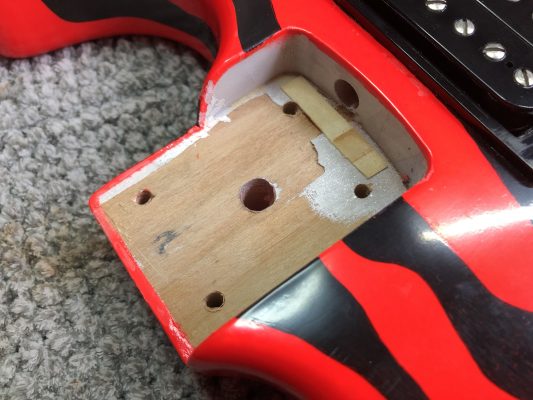 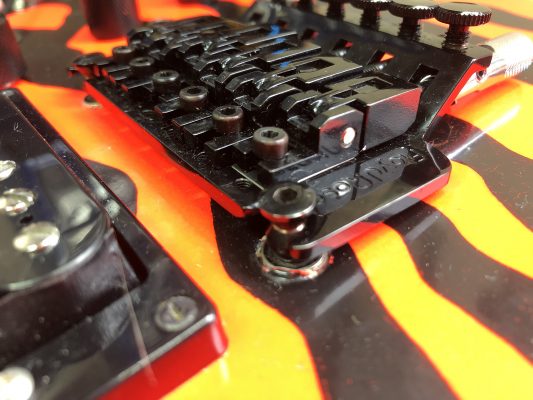 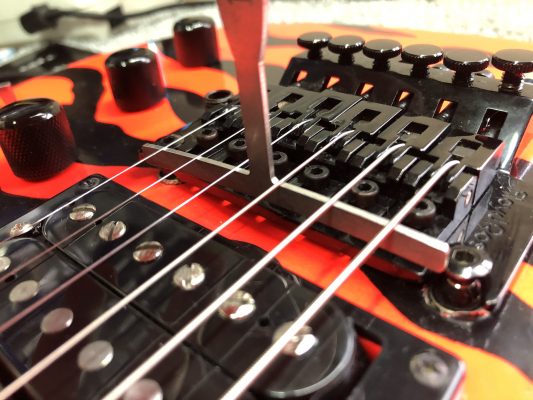 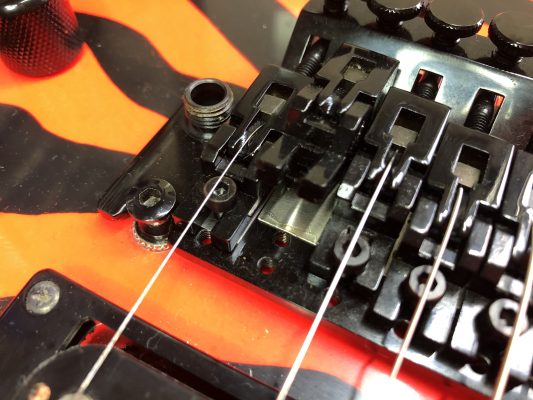 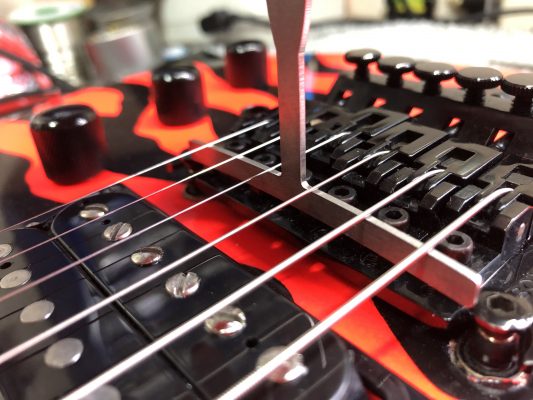 Understring radius can finally be set 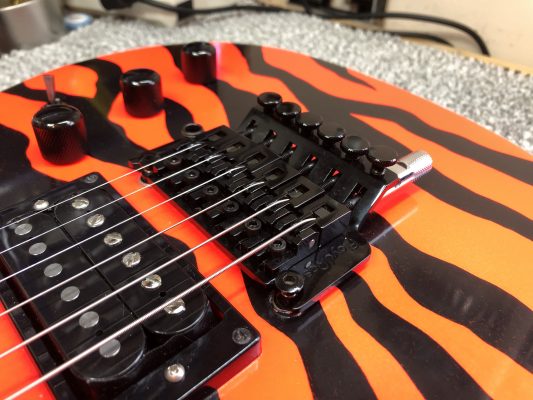 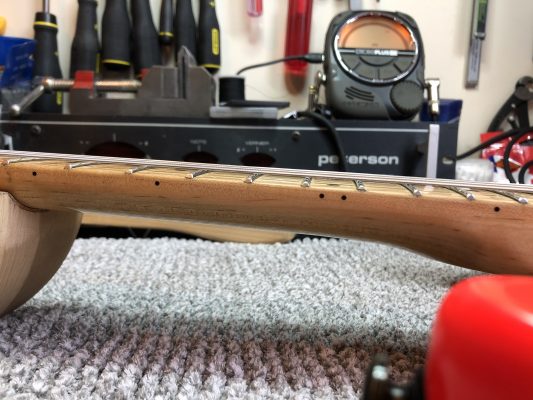 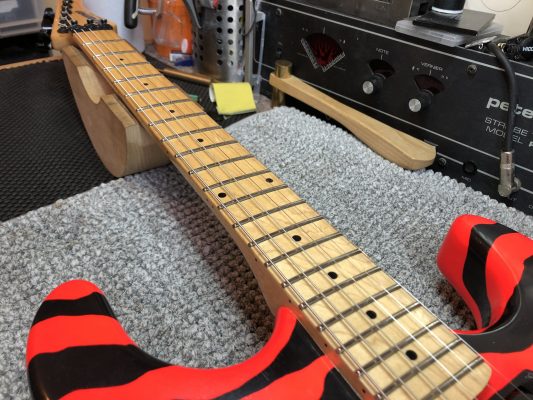 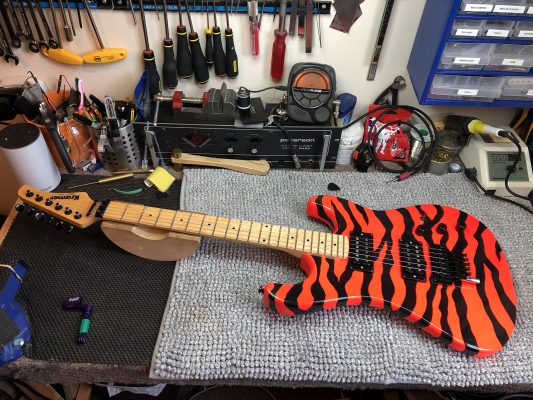