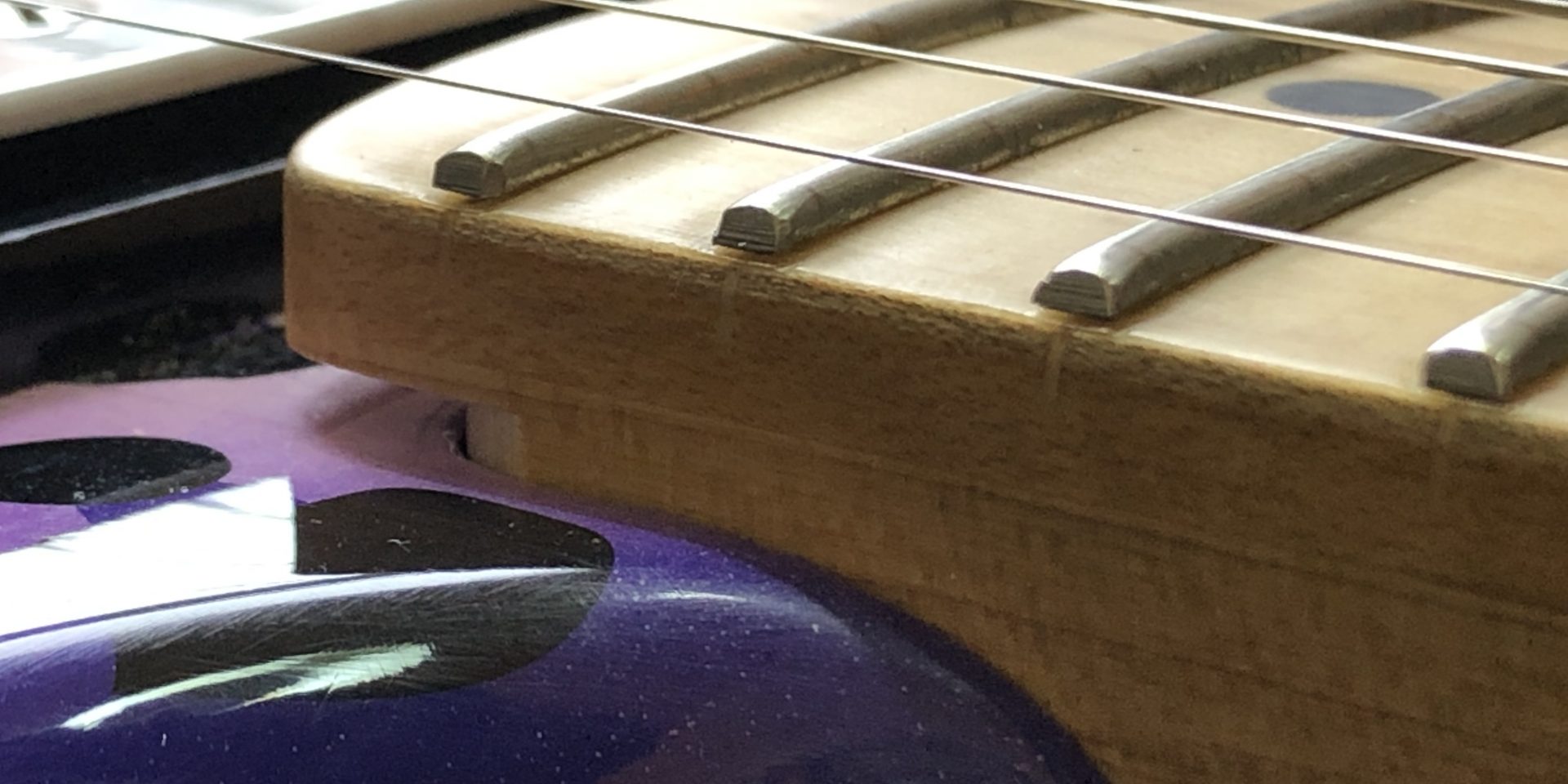 Did the 80’s ever end? Apparently not. The guitar came in with the frets lifting and what looked like a bad level job, possibly done by the previous owner to sort the high frets. On top of this the neck looked a bit like a snake and the back had been refinished in some kind of orange oil.

The refret was problematic as once the new frets were in they started to pop out again, the slots must have been too large (probably the reason they popped out in the first place) so I had to pull them all again and so the refret fresh, this time with frets that had larger tangs. Whilst doing this I levelled and re-radiused the board to match the trem (I have no idea why they don’t just fit the right trem in the first place?) and the neck was completely stripped so it could be refinished by Jon Shuker in clear satin lacquer.

After the neck was finished and the refret finally done the string height at the nut was way too much and the trem was sitting too low to the body, meaning the nut needed taking down by routing the slot (more of a shelf really) and the neck pocket needed shimming to force a raise in the action.

This one took a while but I think the improvement is obvious. At least I hope so! 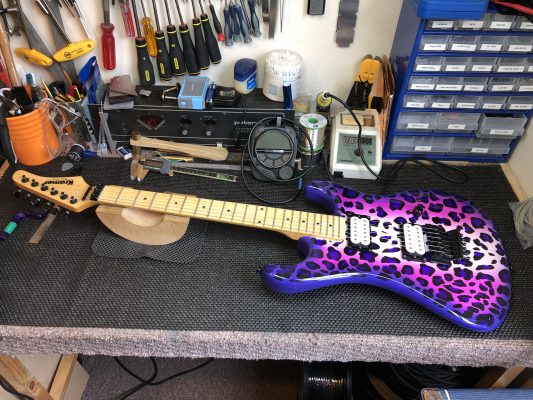 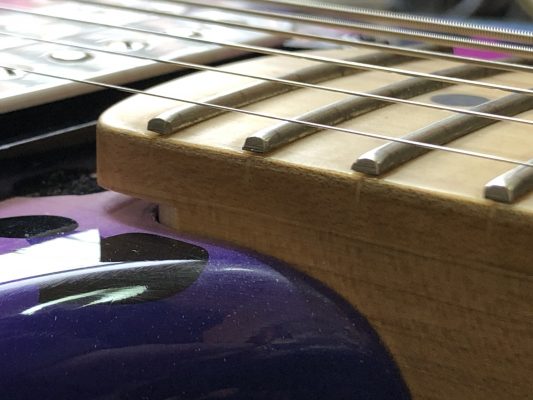 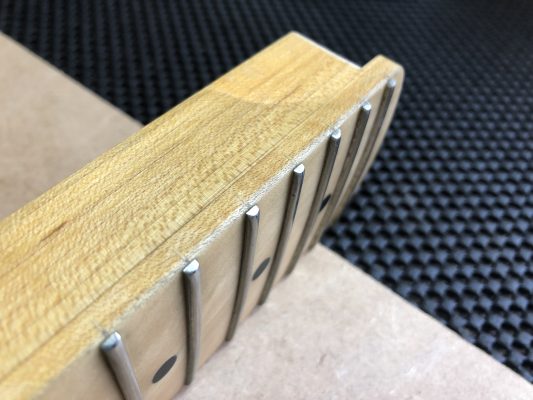 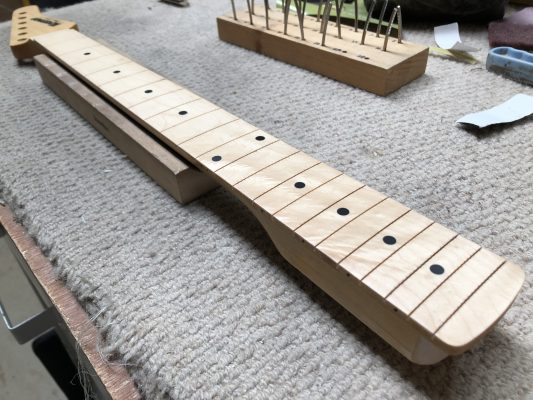 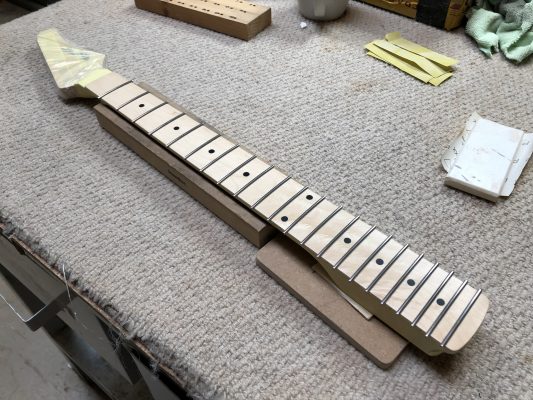 Frets in, headstock masked off to keep it gloss when the neck is sprayed 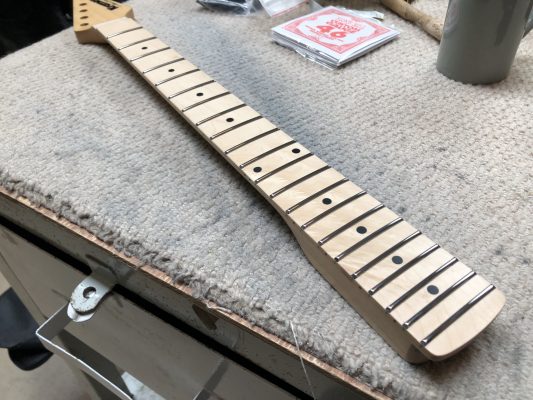 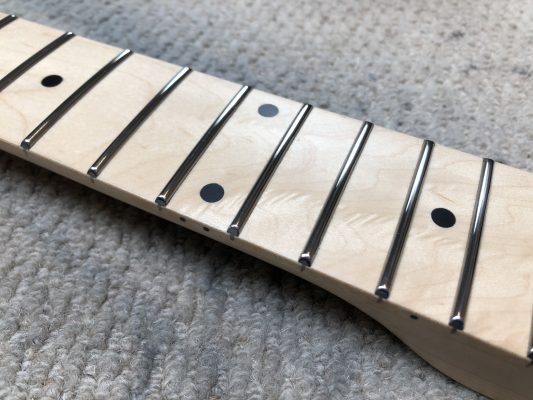 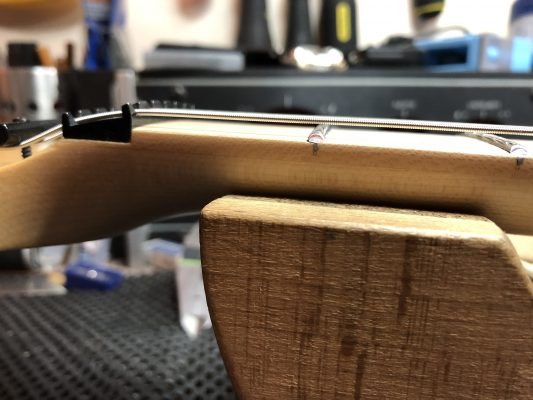 string height at the nut is too much 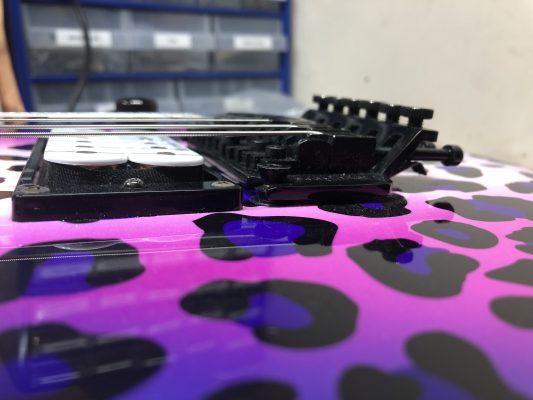 Trem is sitting too lowNeck pocked 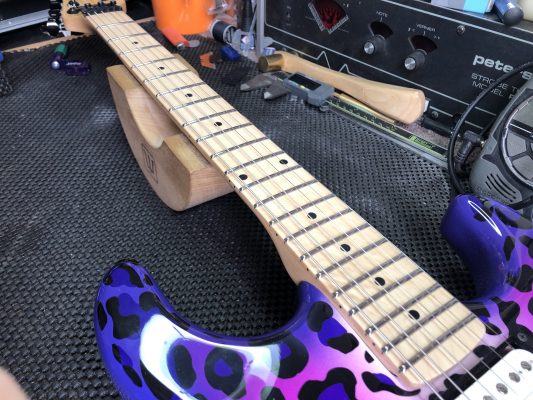 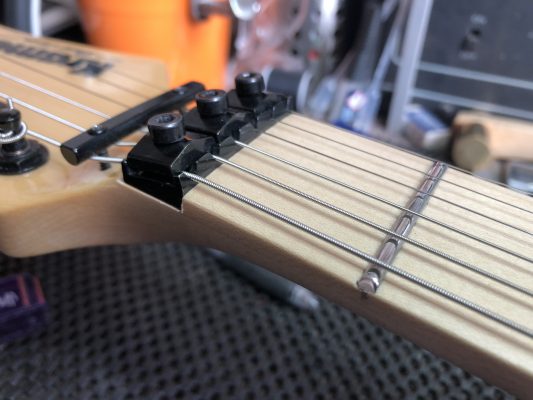 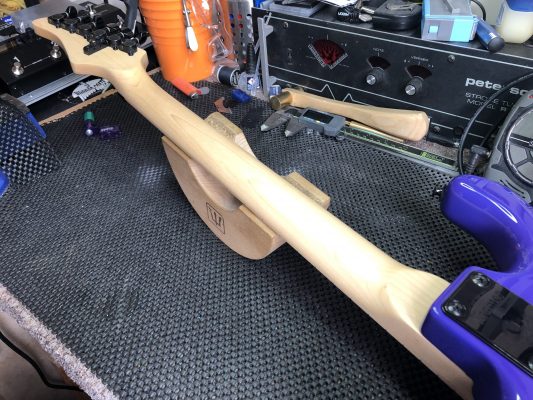 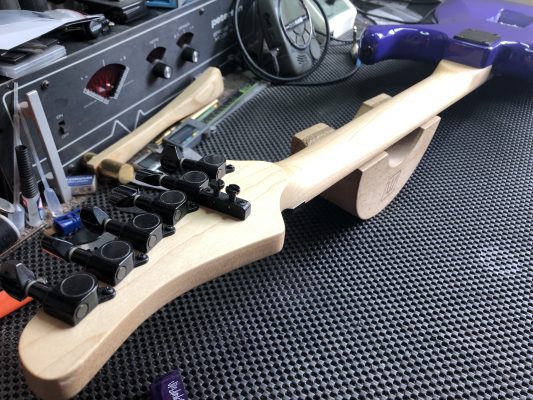 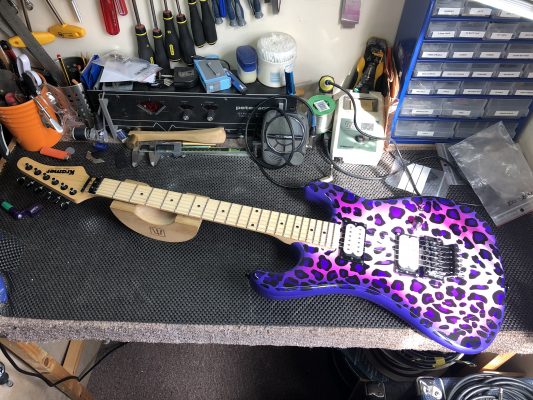