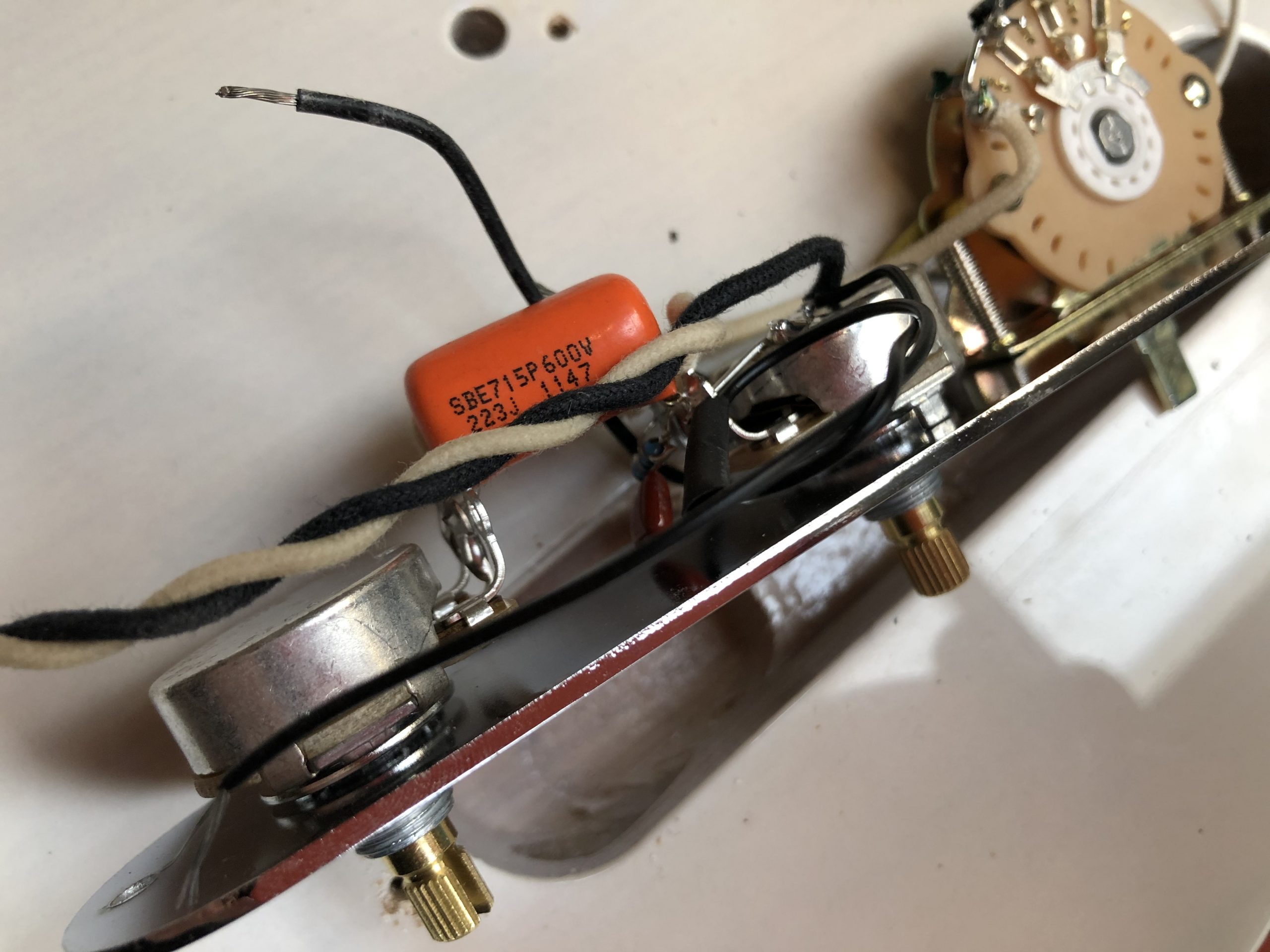 This guitar came in to have new pickups installed, a new wiring harness, new brass saddles and a setup. At this point I’d just like too take a moment to talk about capacitors; there are a lot of myths that surround caps, “paper and oil sound better”, “orange drops sound smoother…”. To be honest I’m not interested in comparing metal film with ceramic, I don t really use mu tone control but by putting a large orange cap on a wring harness people assume that it’s goo quality. The cap supplied here is orange and massive, the reason it’s so large is not because it the best, it’s because it’s rated at 600 Volts. An electric guitar can produce maybe 1 or 1.5 volts. Not 600. Rant over.

I needed to do some wood work to the cavity to house the massive cap but other than that the swap of the electrical components was straight forward.

When it came to setup I found that the frets where all over the place and a fret level was in order. I was surprised how well it came out if I’m honest. Here’s a word of warning though; cheap guitars can be good, but often the time and work you have to put into them ends up resulting in a large bill. 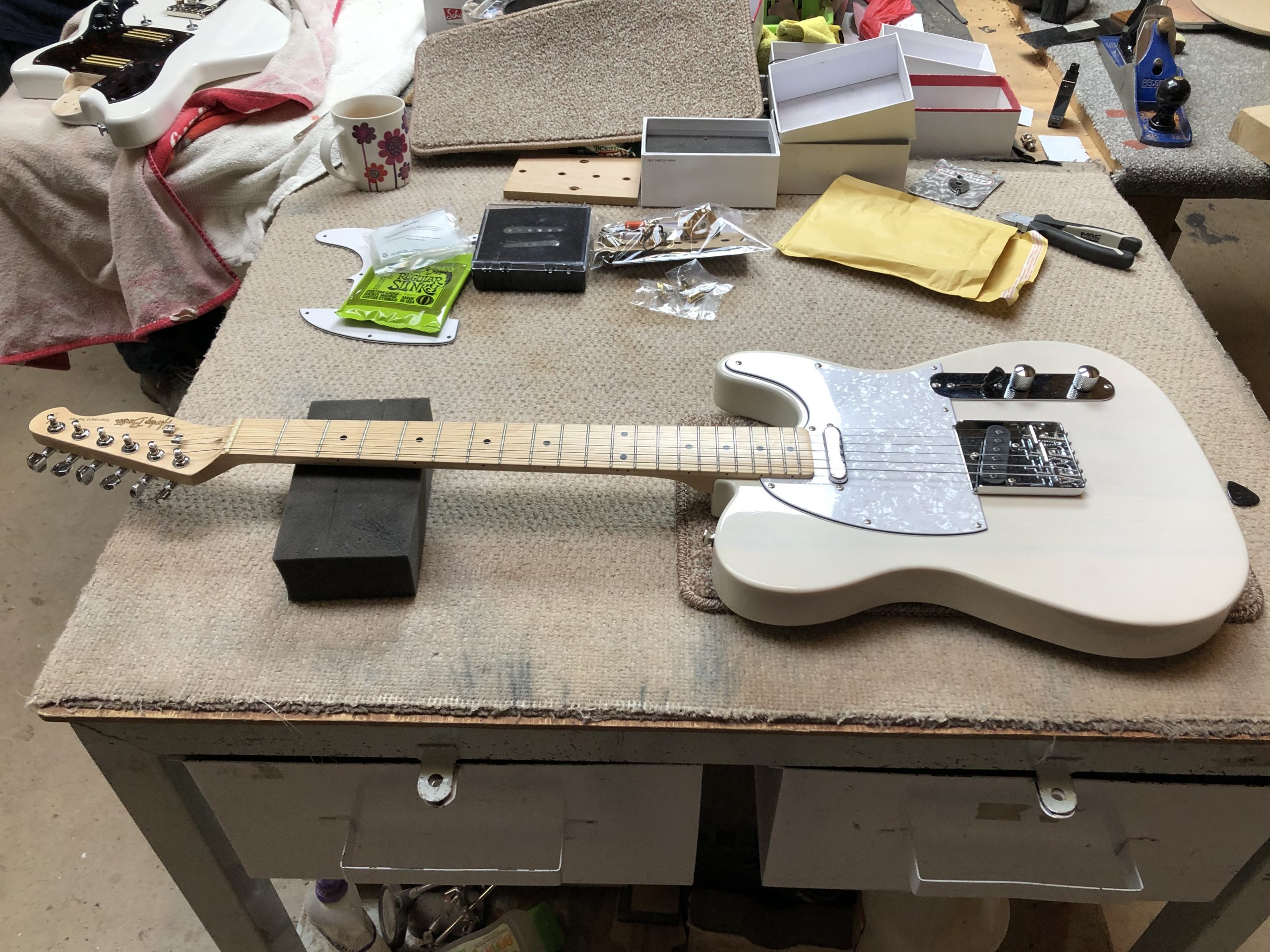 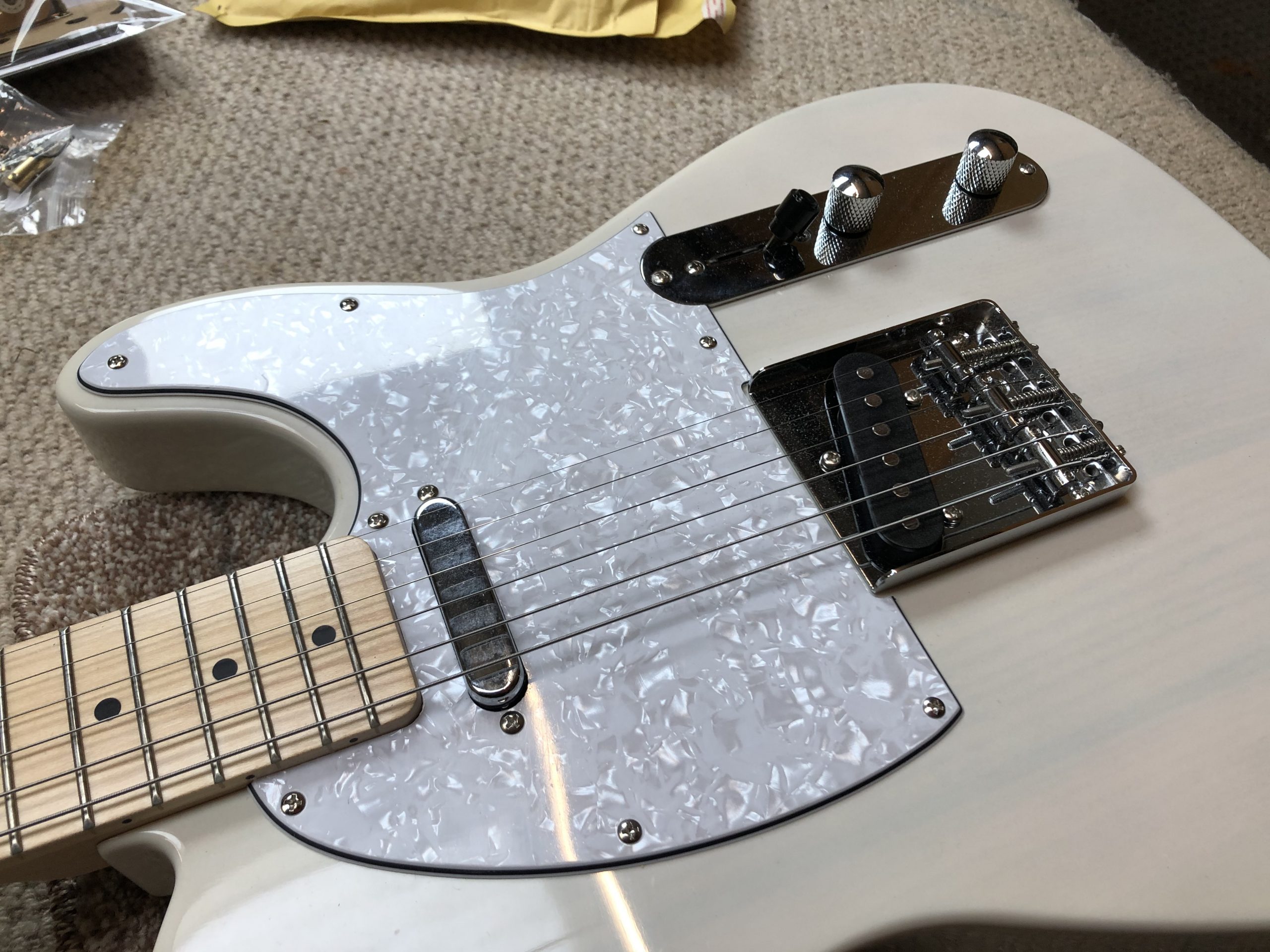 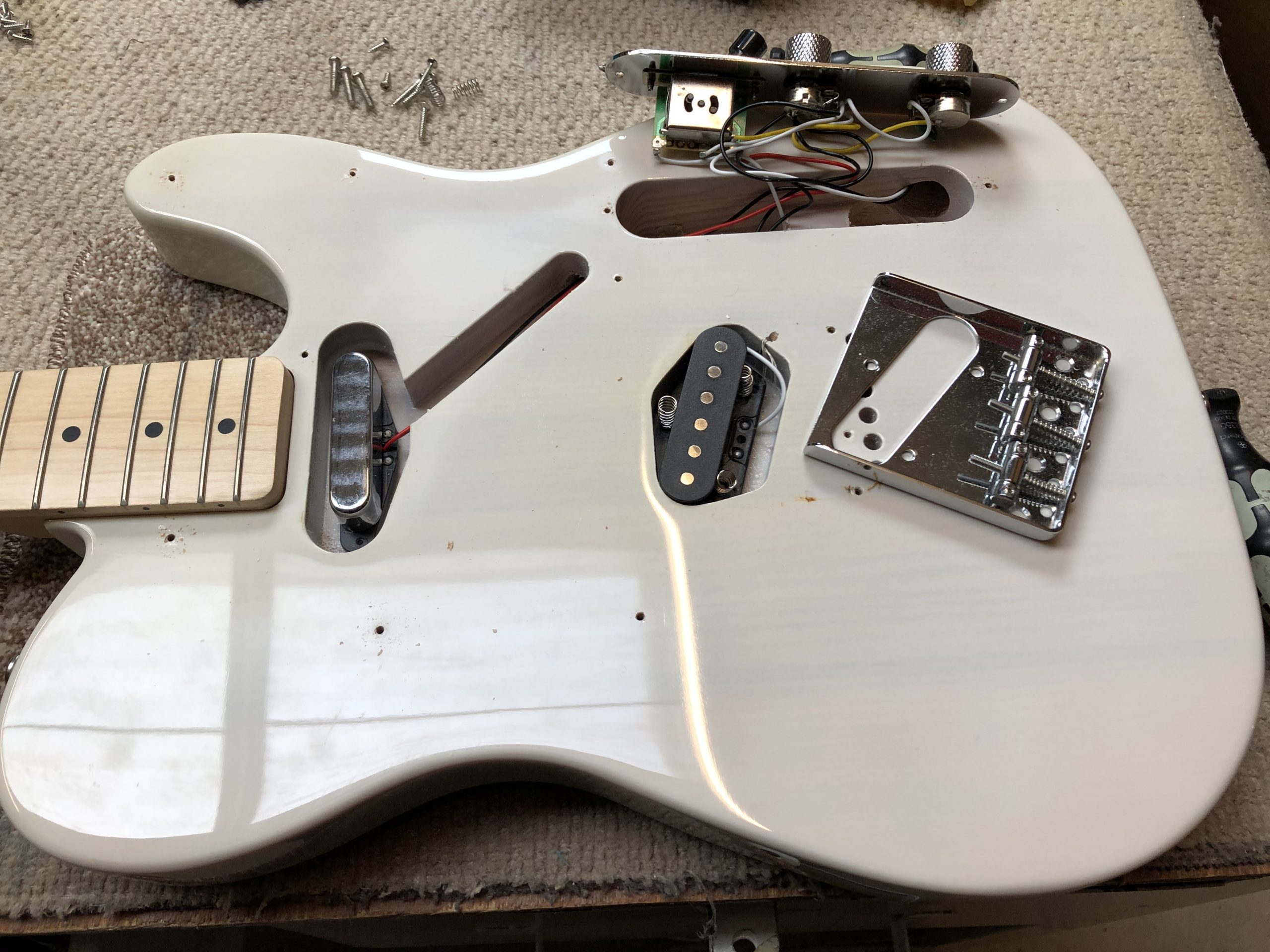 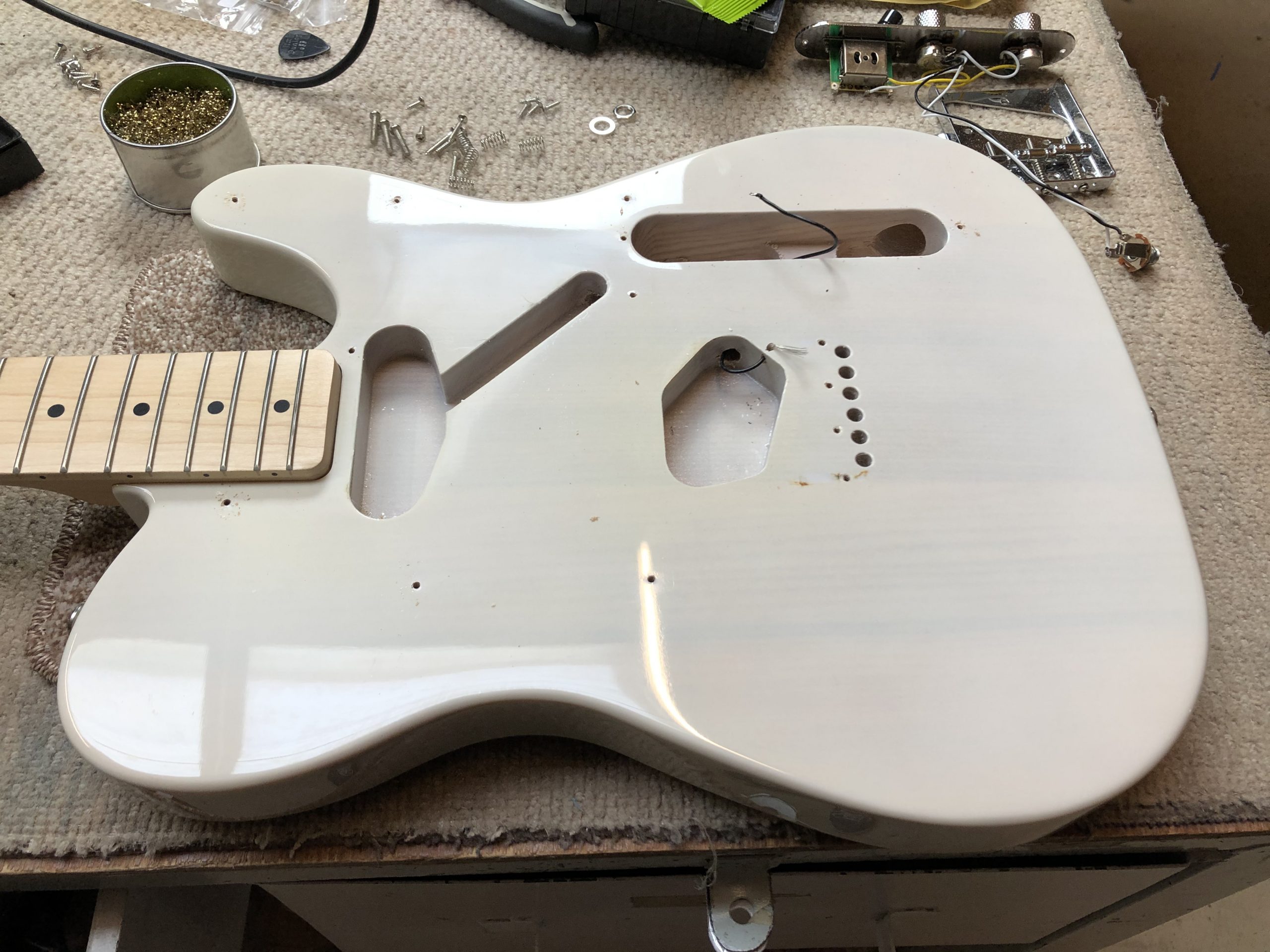 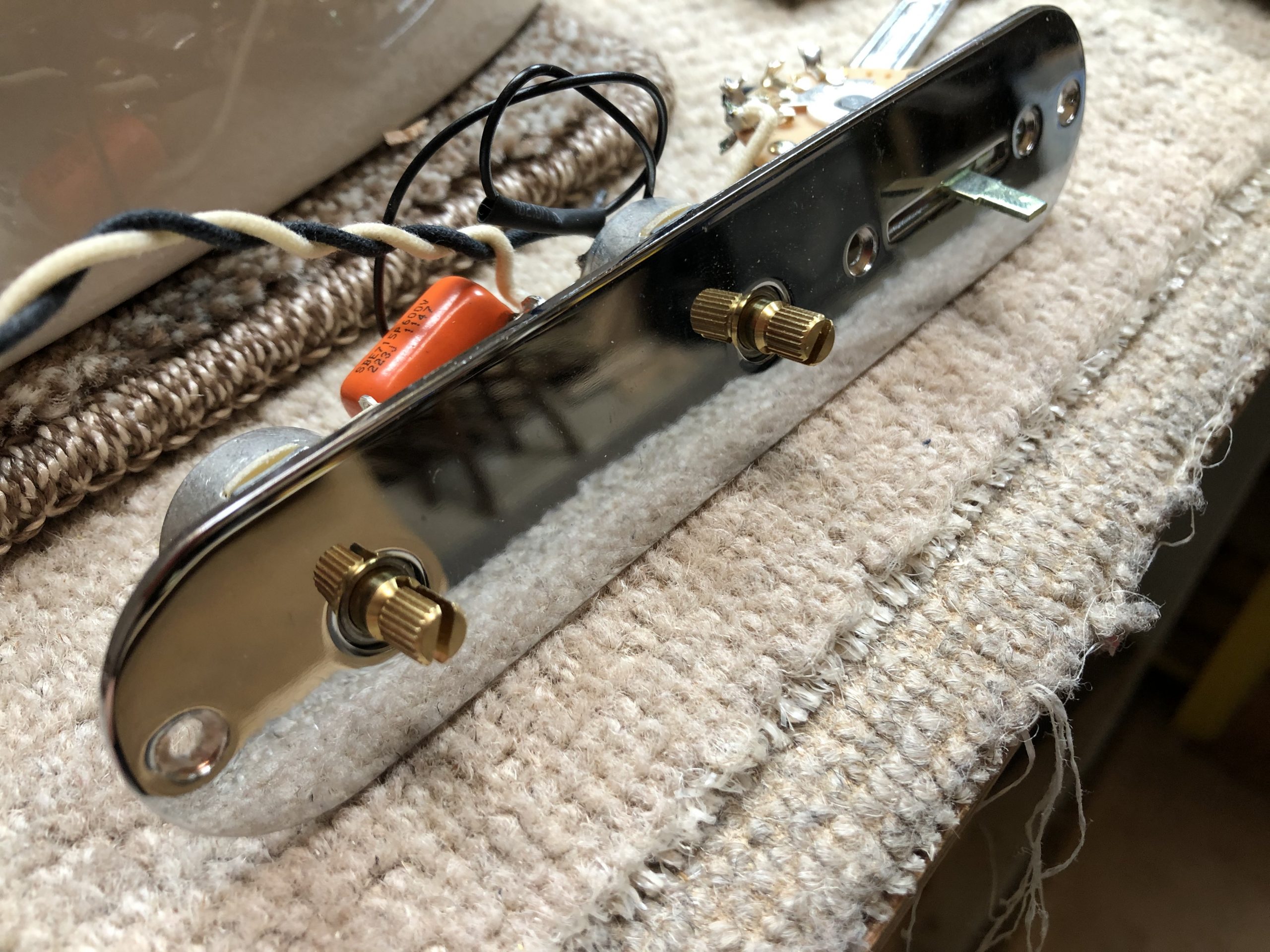 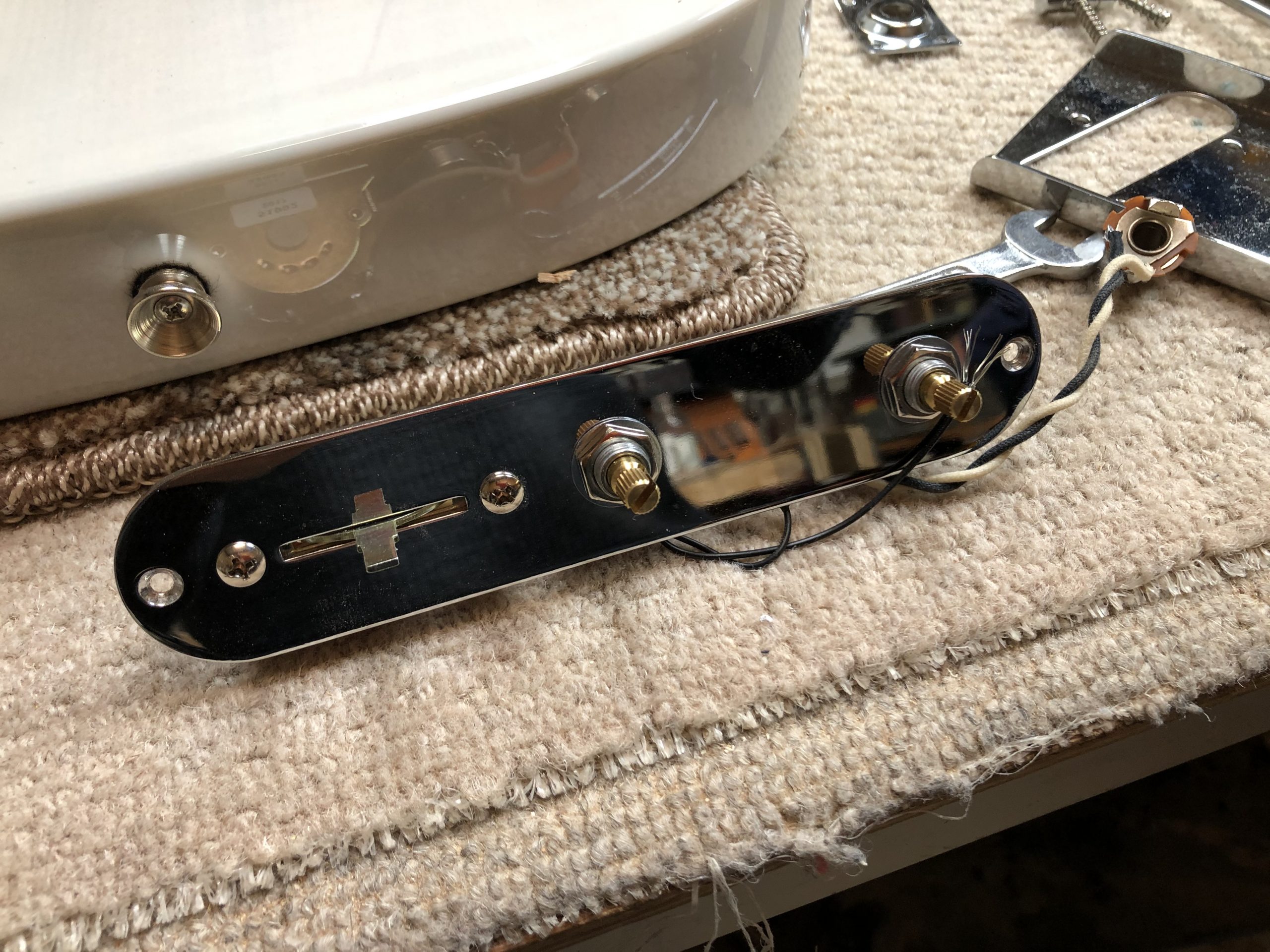 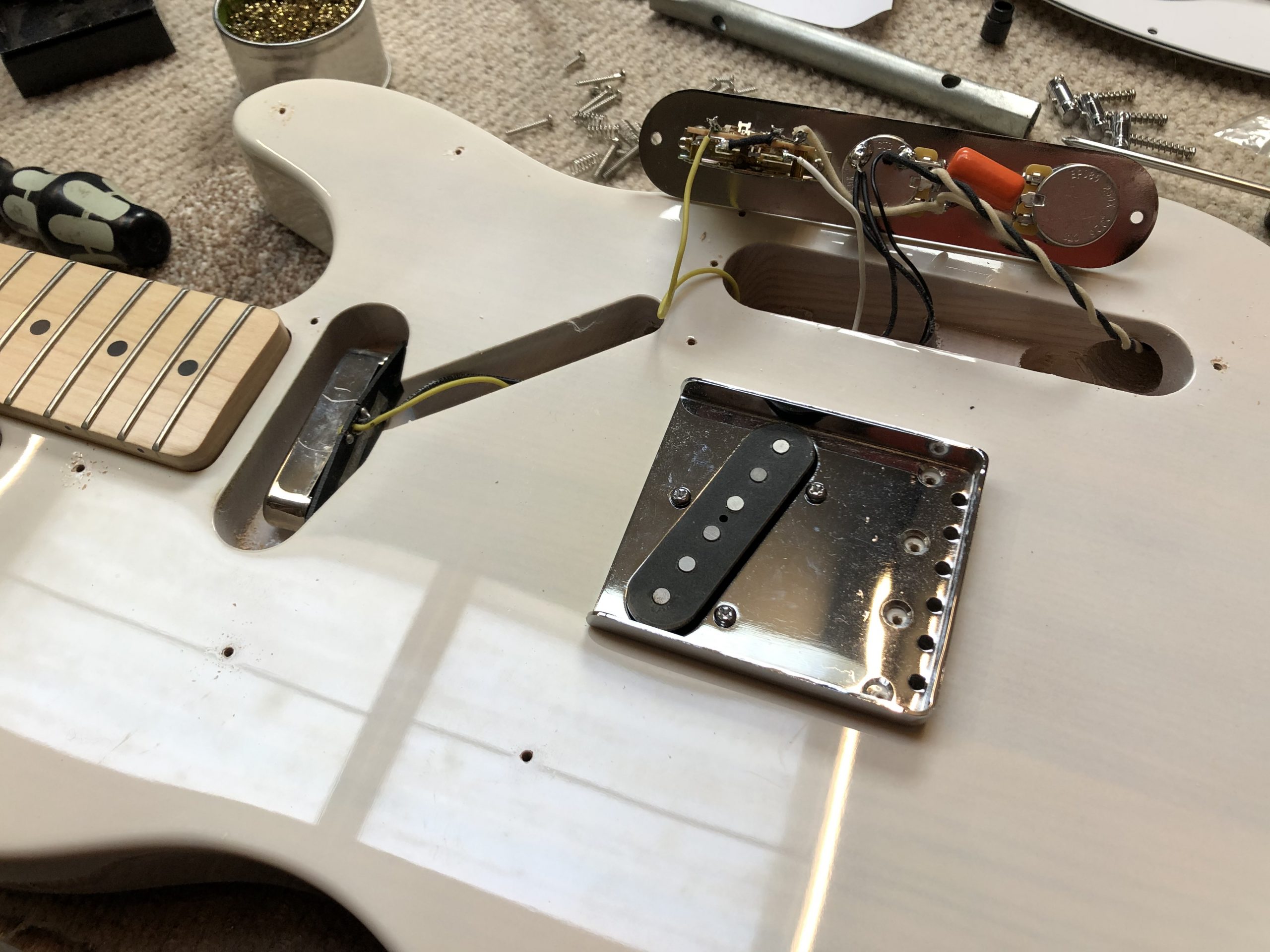 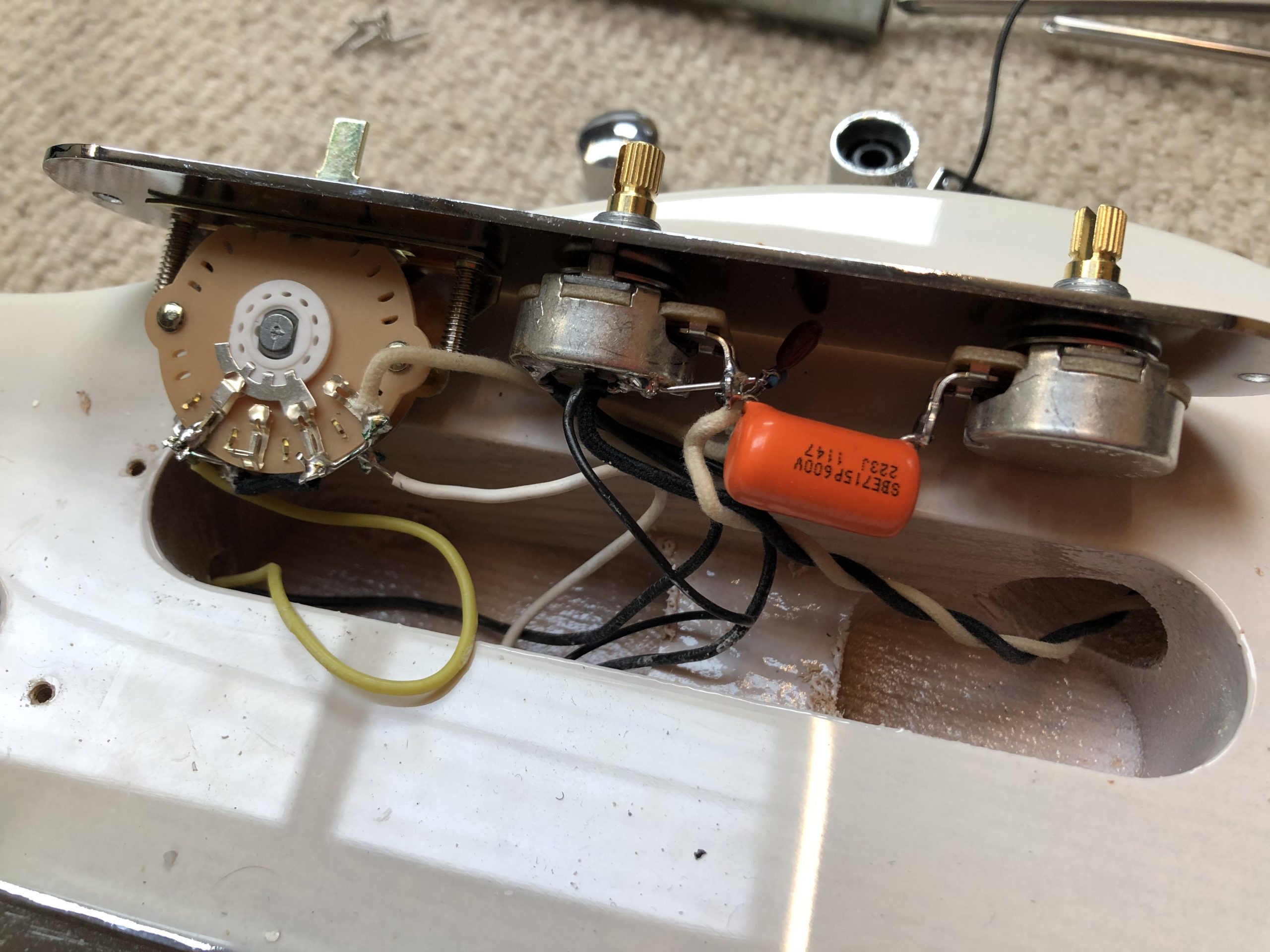 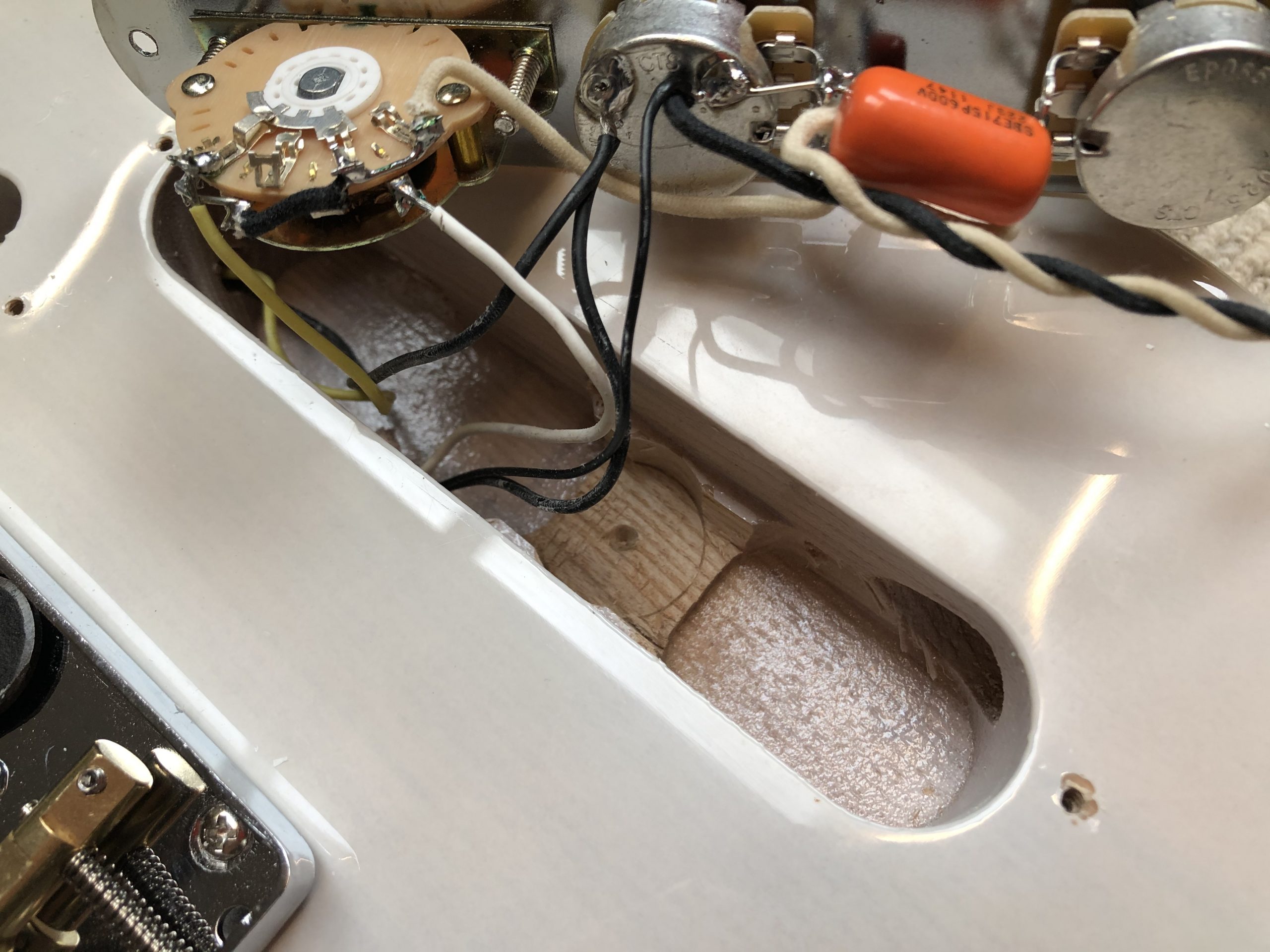 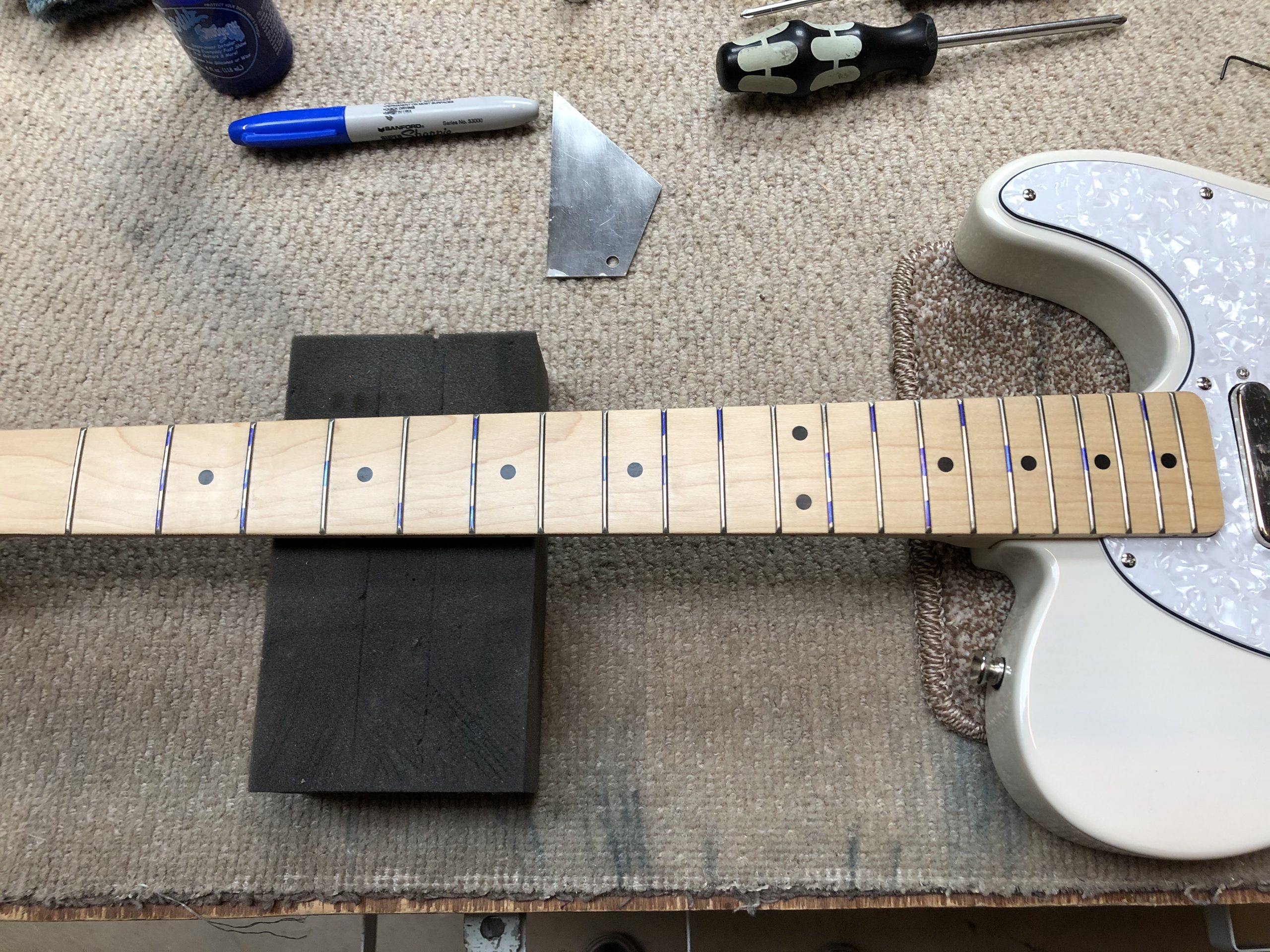 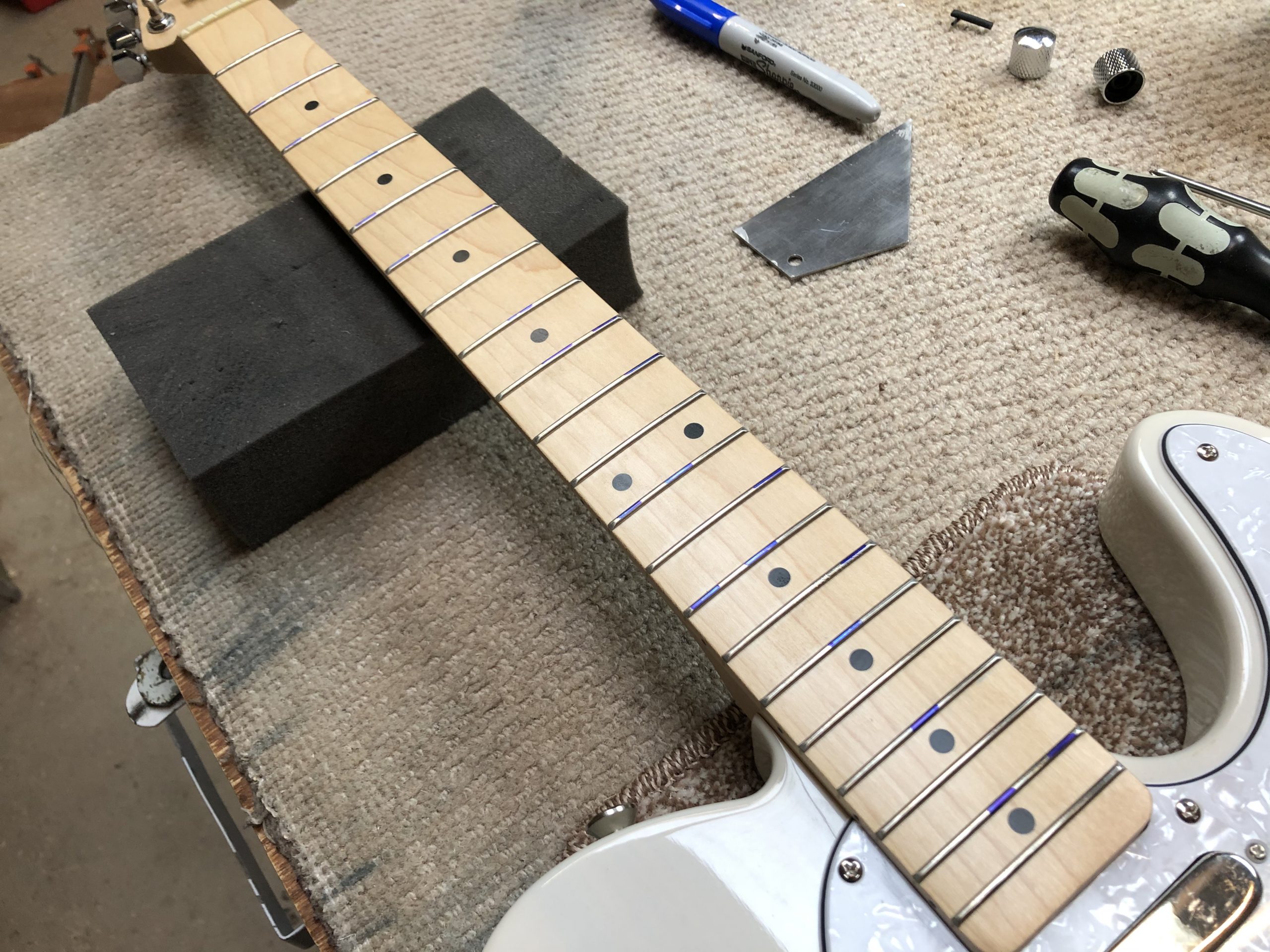 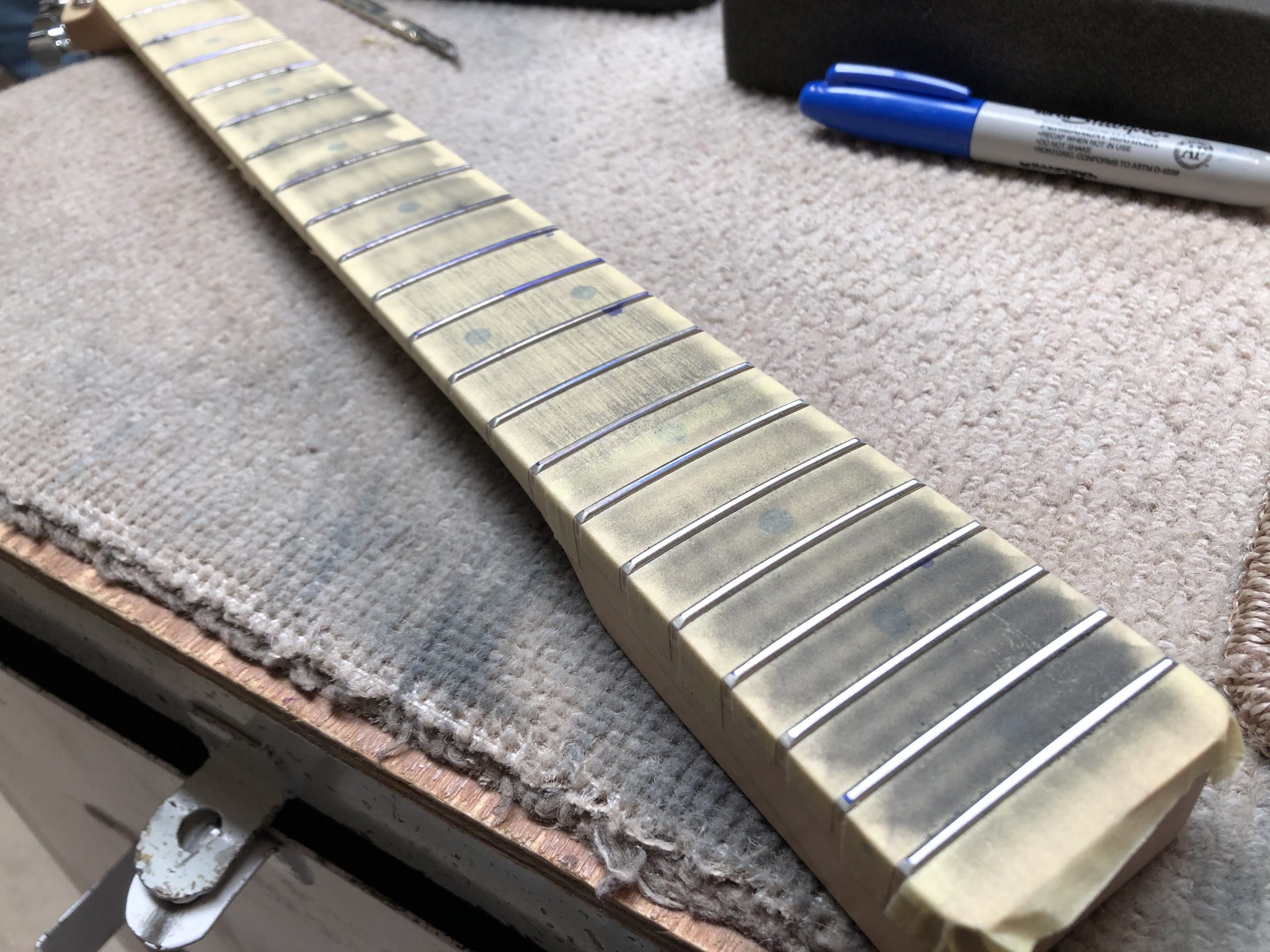 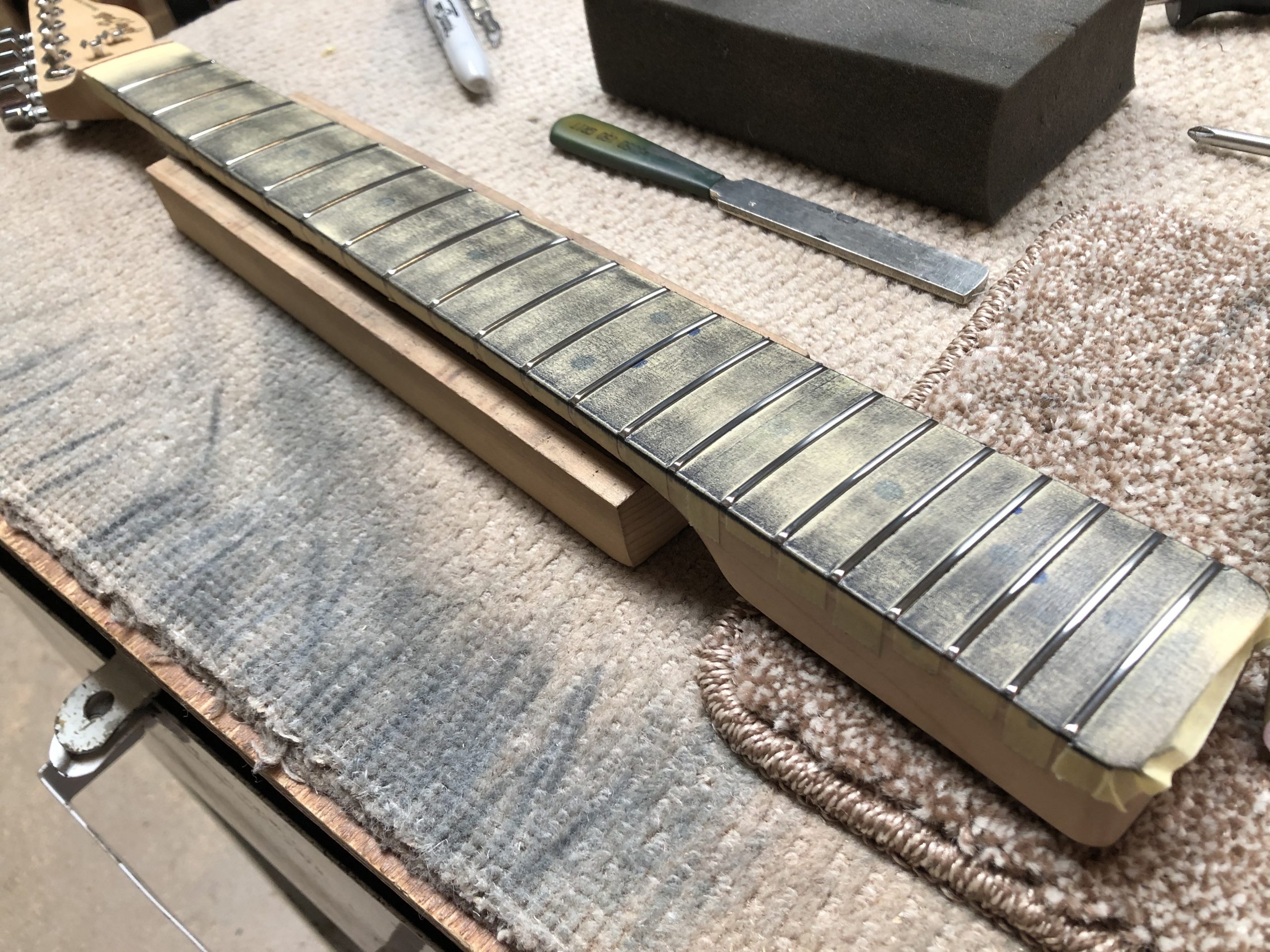 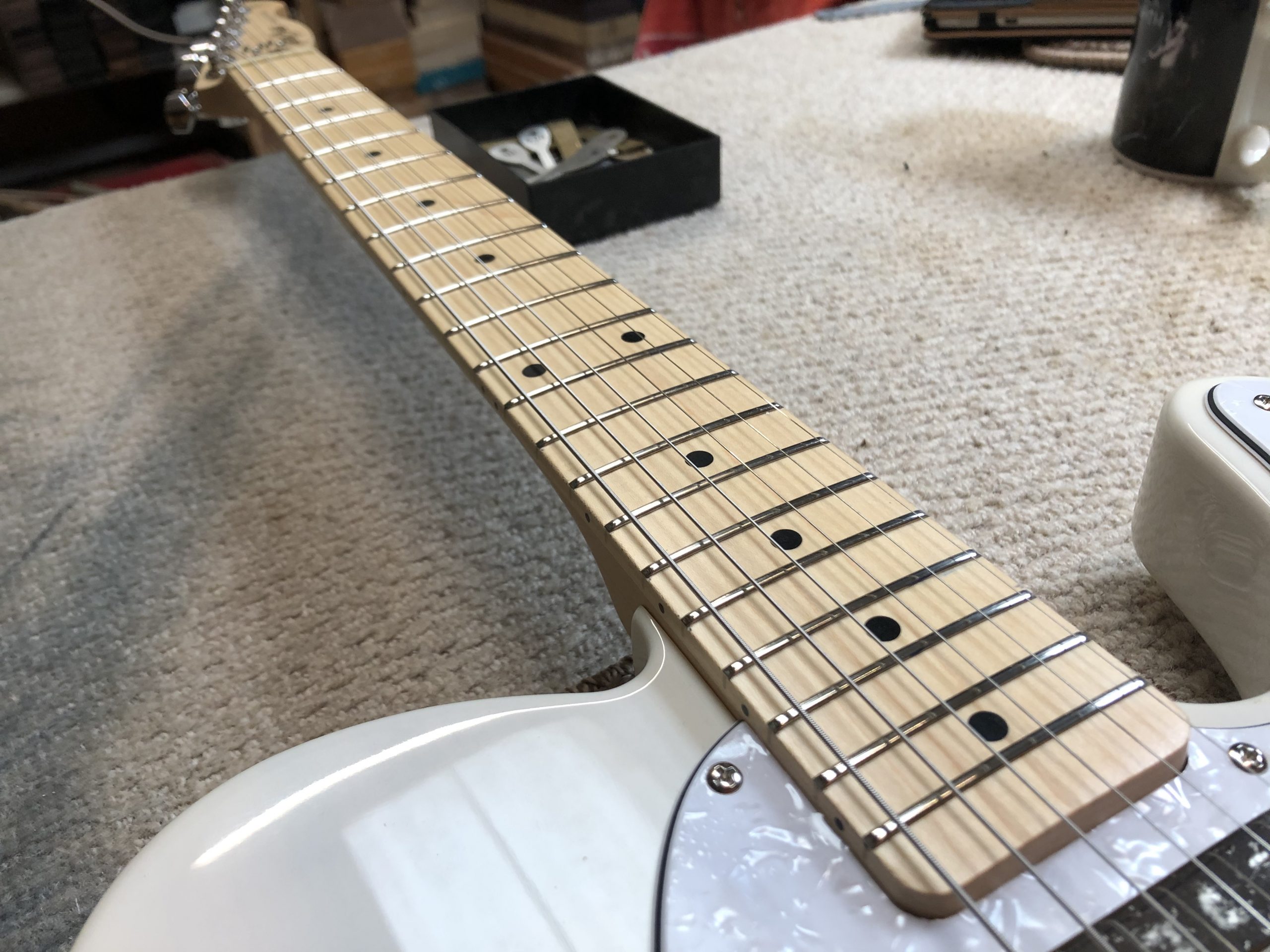 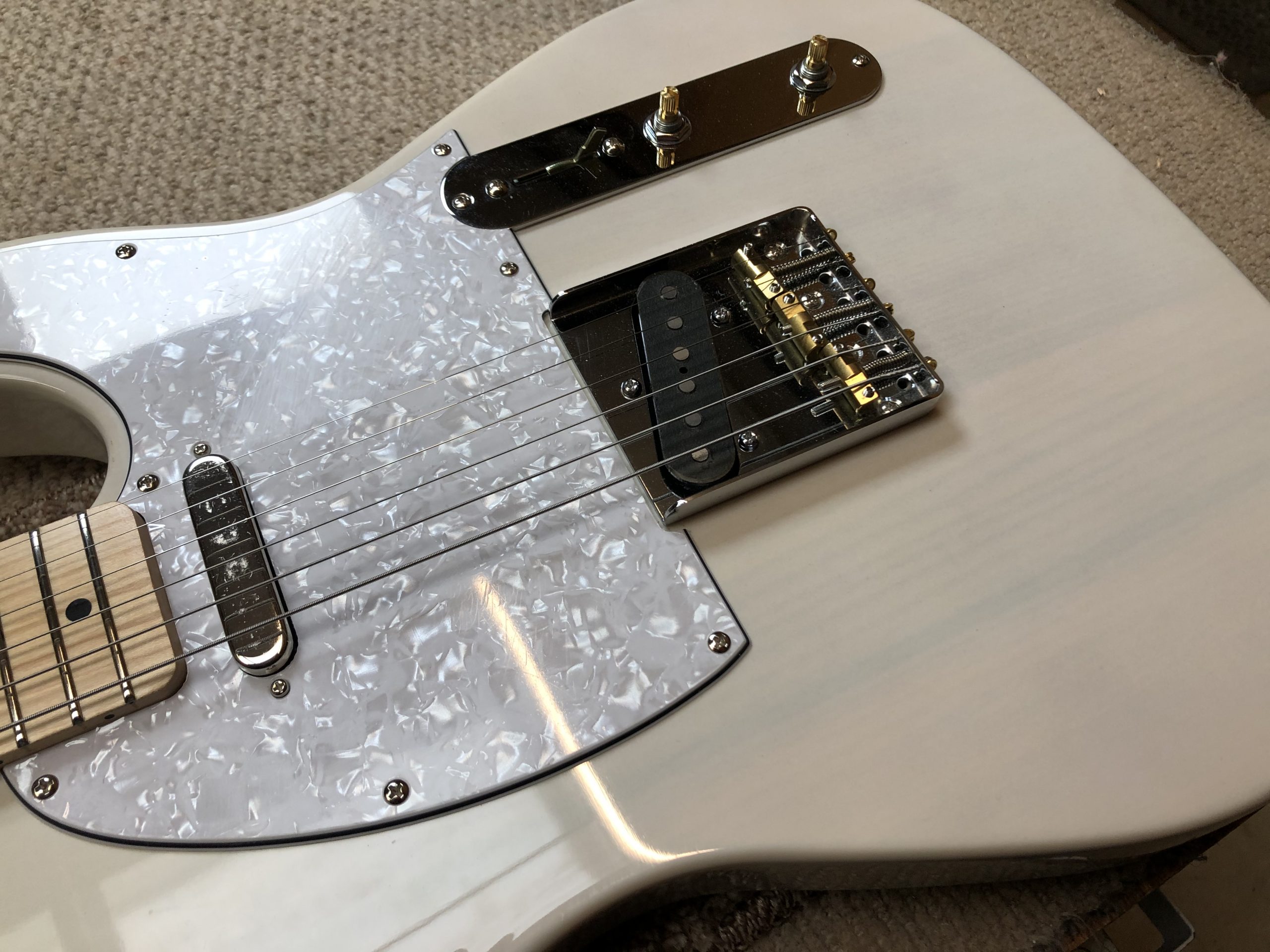 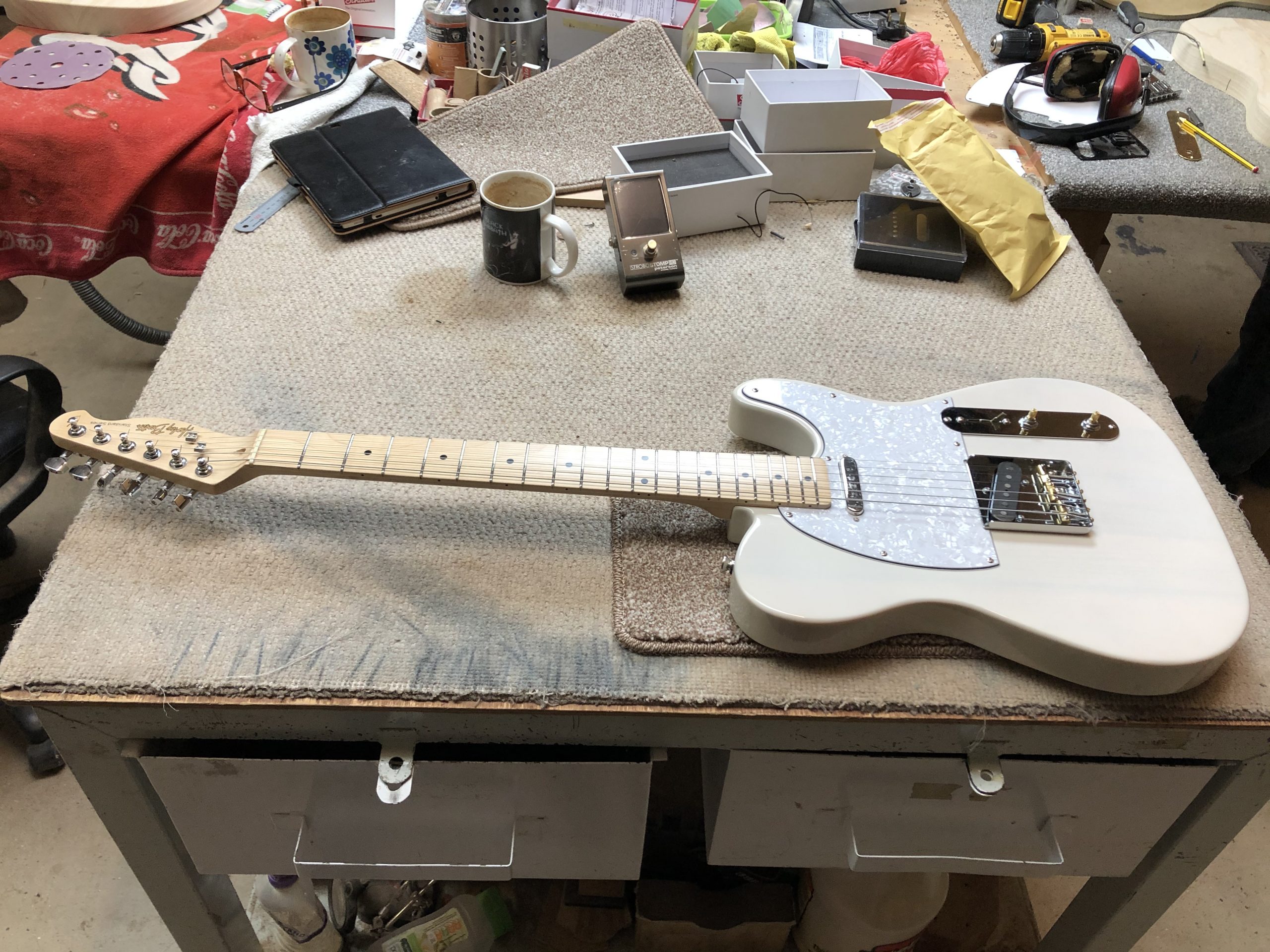