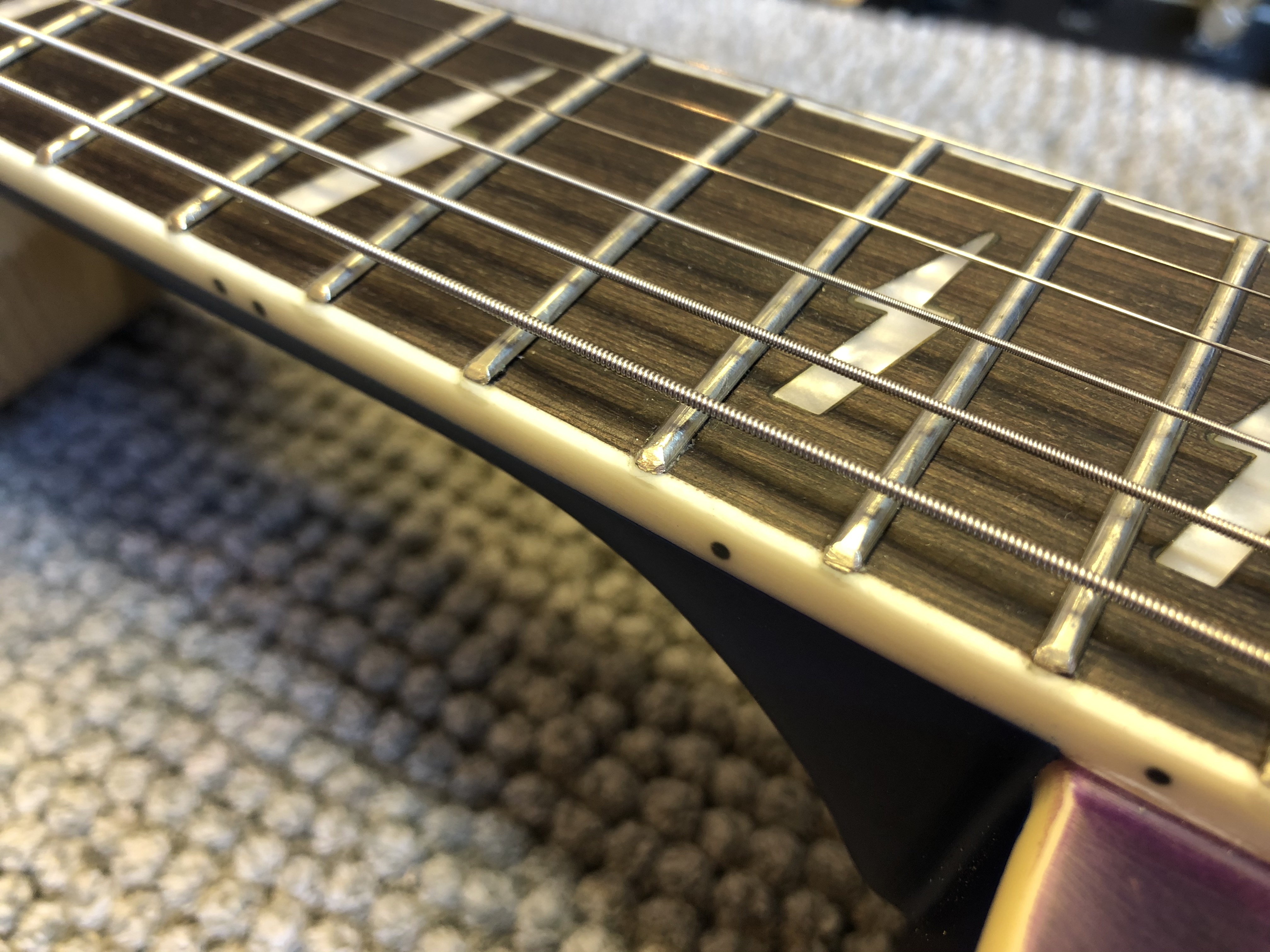 I remember seeing some fuss about these guitars a while ago online. I’m not sure what the fuss was but I was interested to see one for myself anyway. The owner of this guitar was complaining of what he thought was high frets causing some choking and rattling towards the body end of the neck. I did find some high points with the fret rocker but once I actually started to level the frets I discovered that the issue was actually caused by something a little different. It appeared that some of the frets had been bent or dented, possibly by a hard hit with a fret hammer, this had caused some of the frets to lift out of their slots at the edge and push into the finger board so they felt really uneven when you ran your finger along them and not a smooth curve, as they should be. The fingerboard was also not flat, this combined with the dented frets meant that I really had to go at it to get the frets in line. I was worried that there wasn’t going to be enough fret left but it actually turned out better than I expected.

The fret wire used is very soft so unfortunately I think this guitar will need a re-fret in a year or two, for now though it’s a vast improvement (in my opinion) fro where it was when it came in. 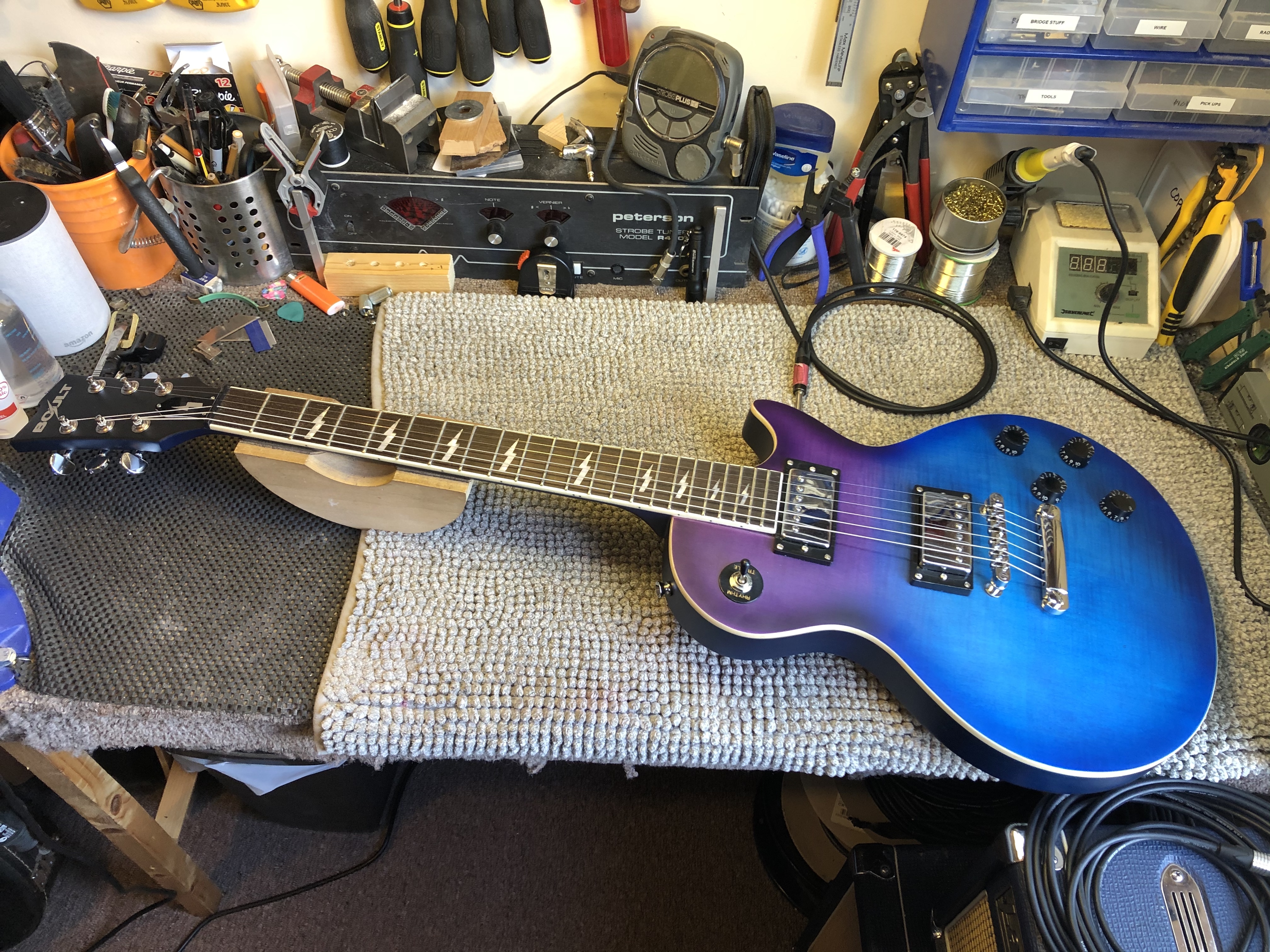 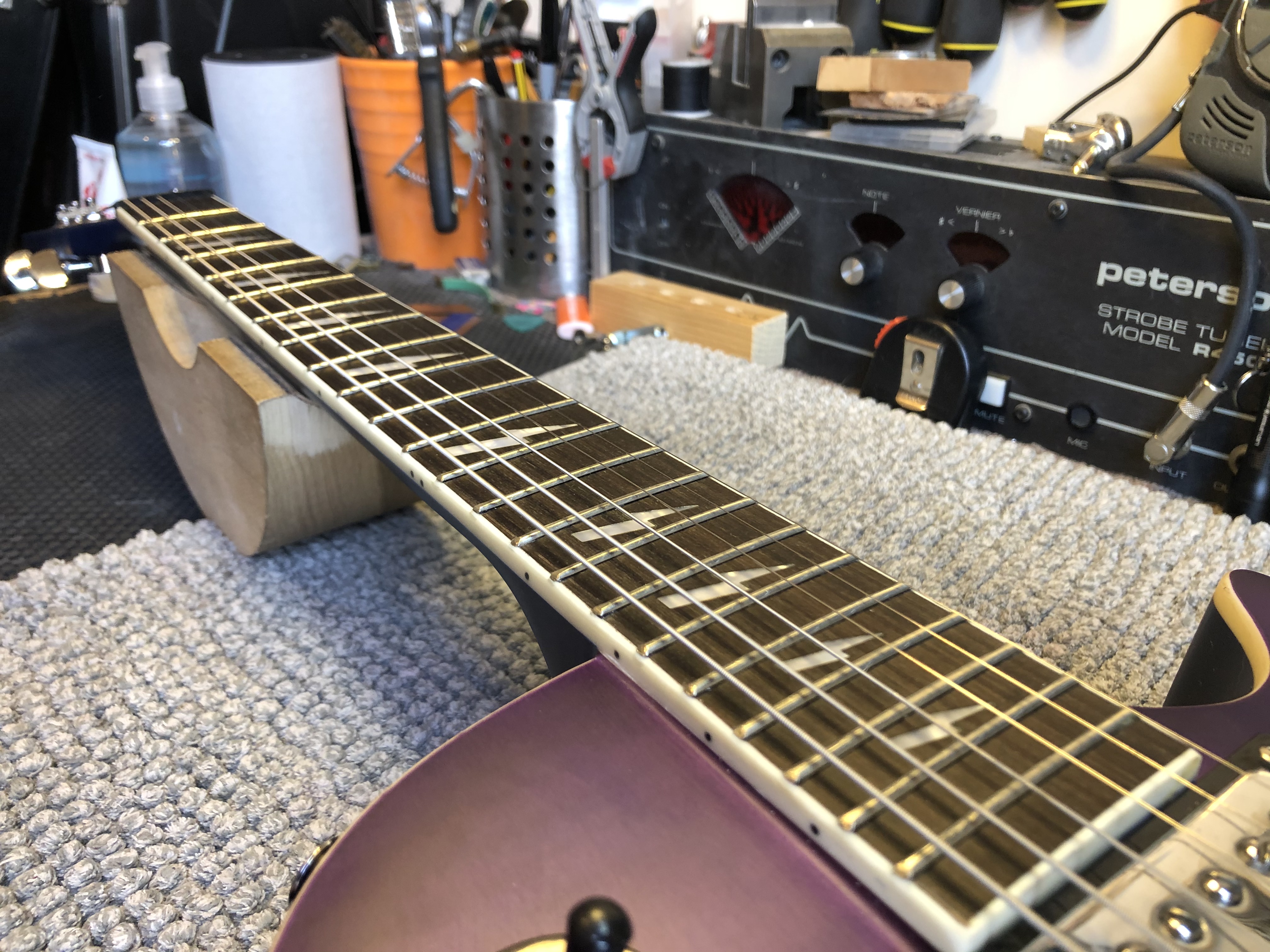 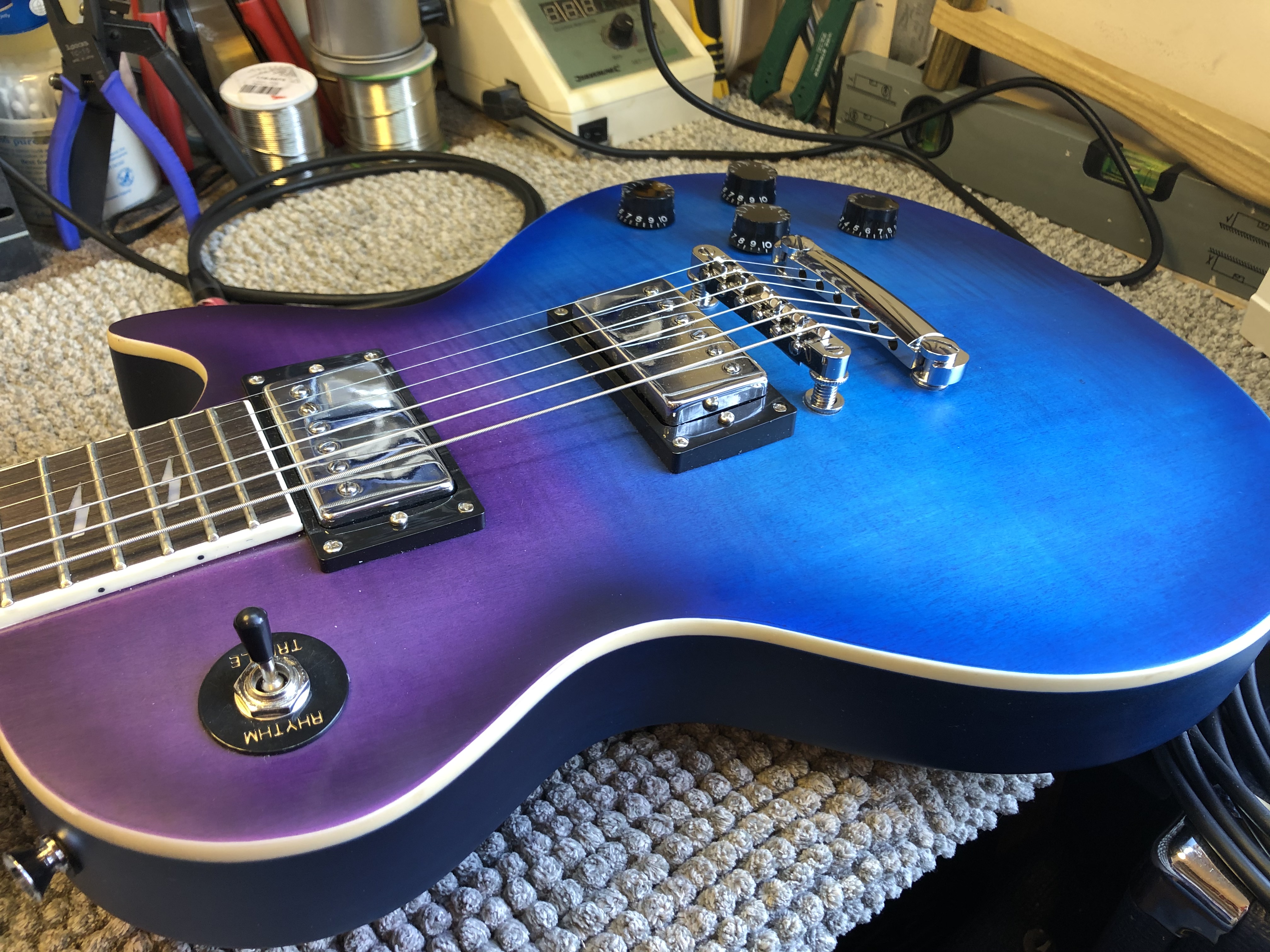 Not the best looking fret ends 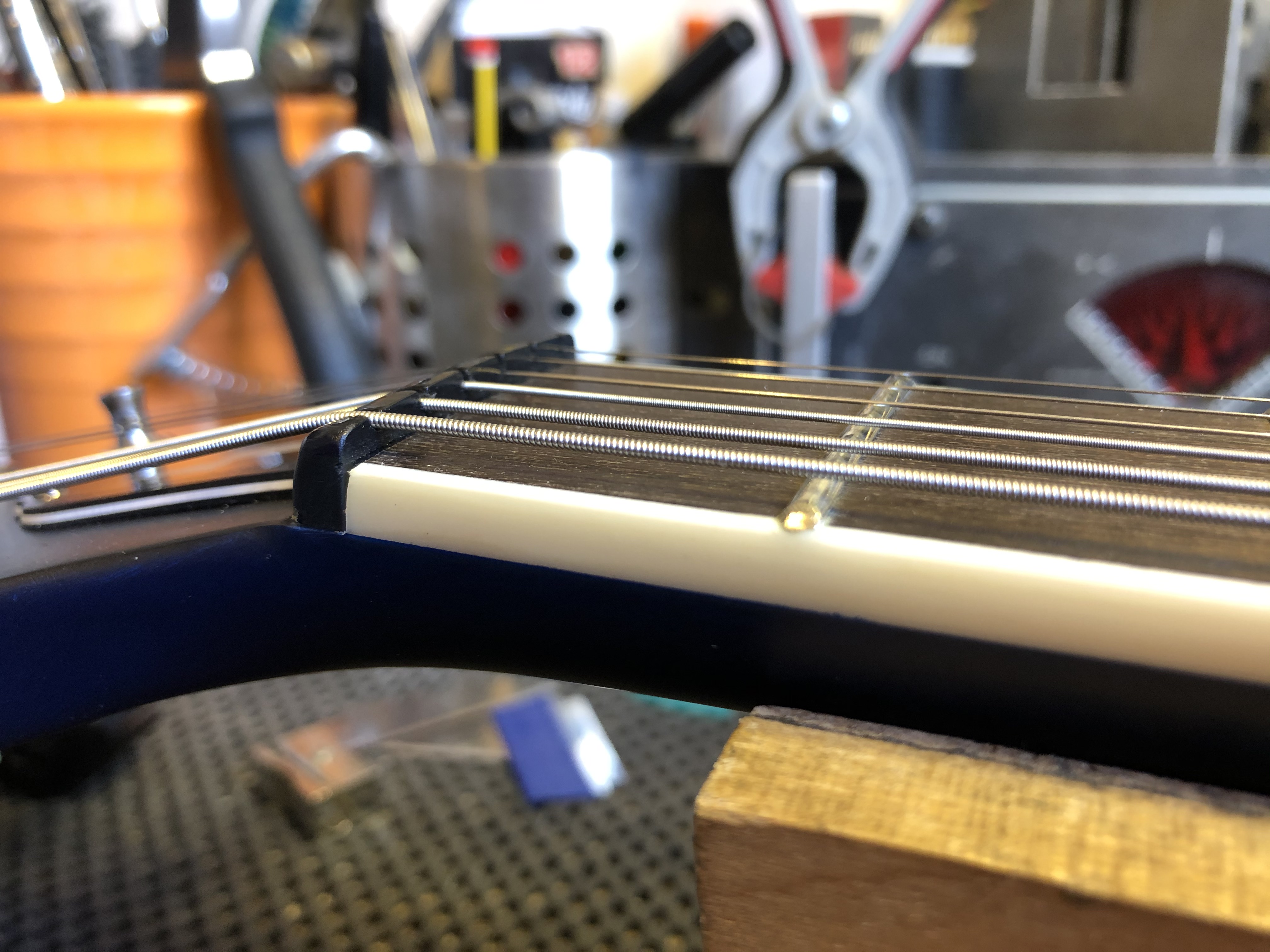 Strings are very high at the nut 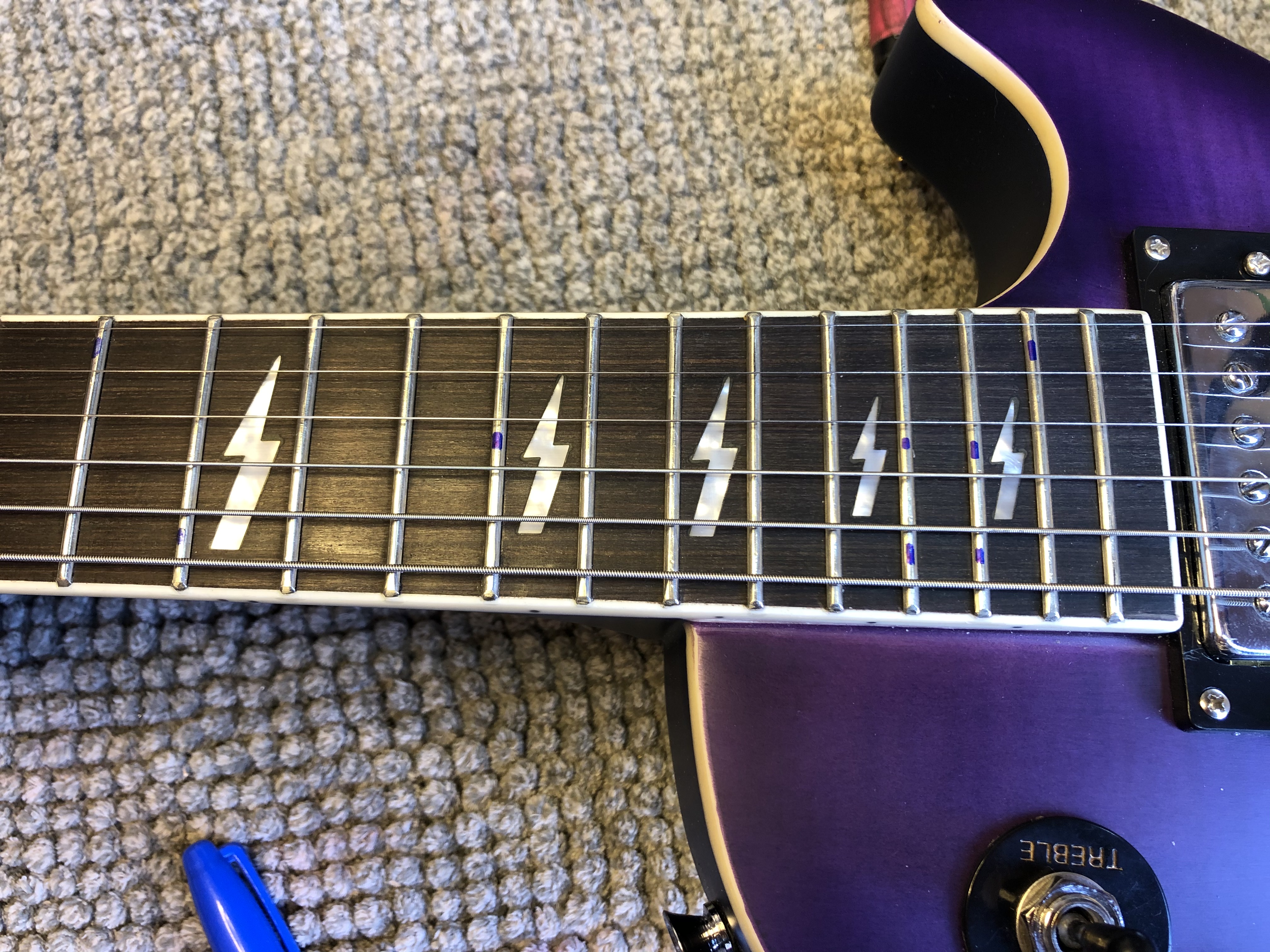 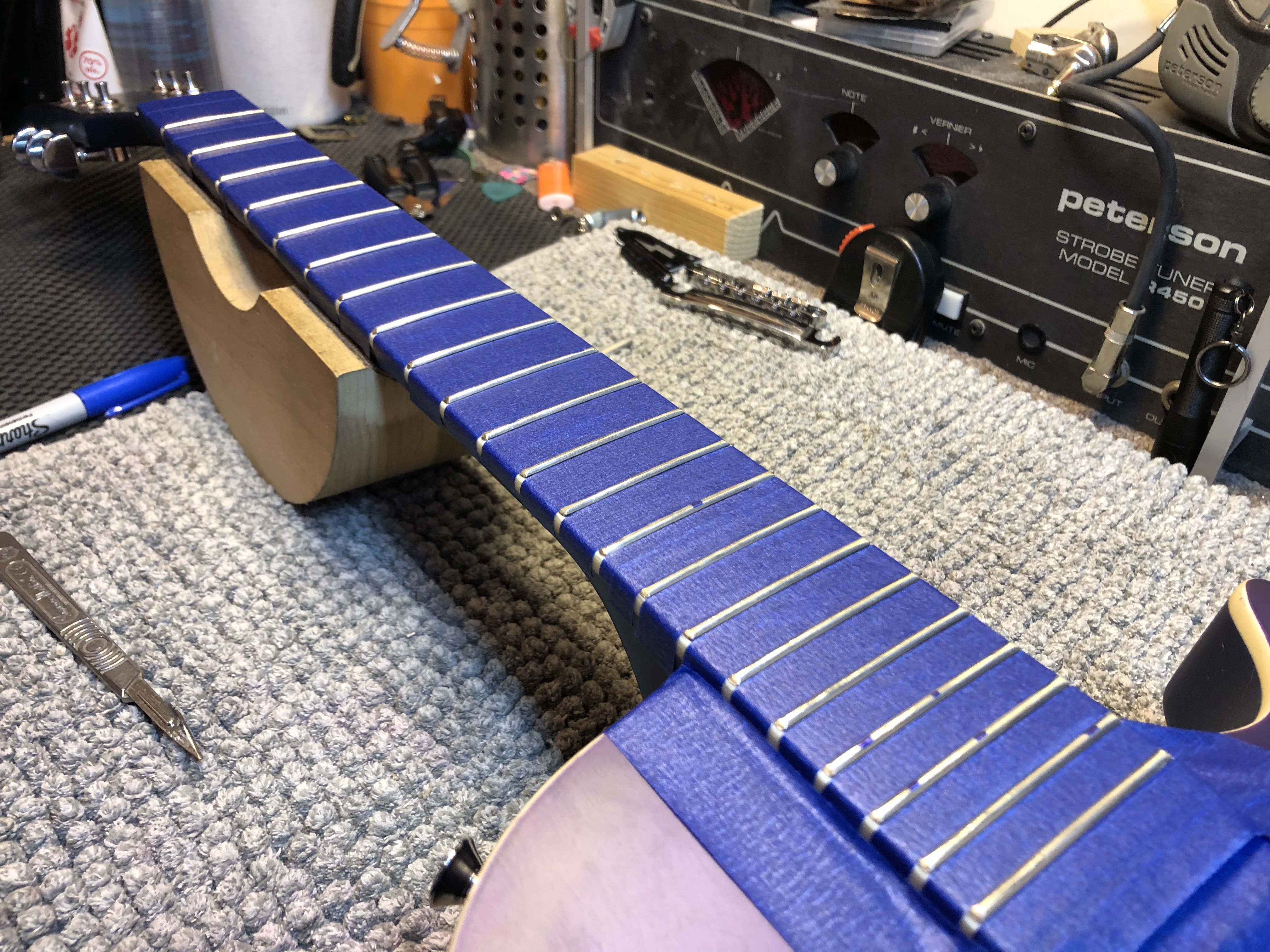 Ready to be levelled 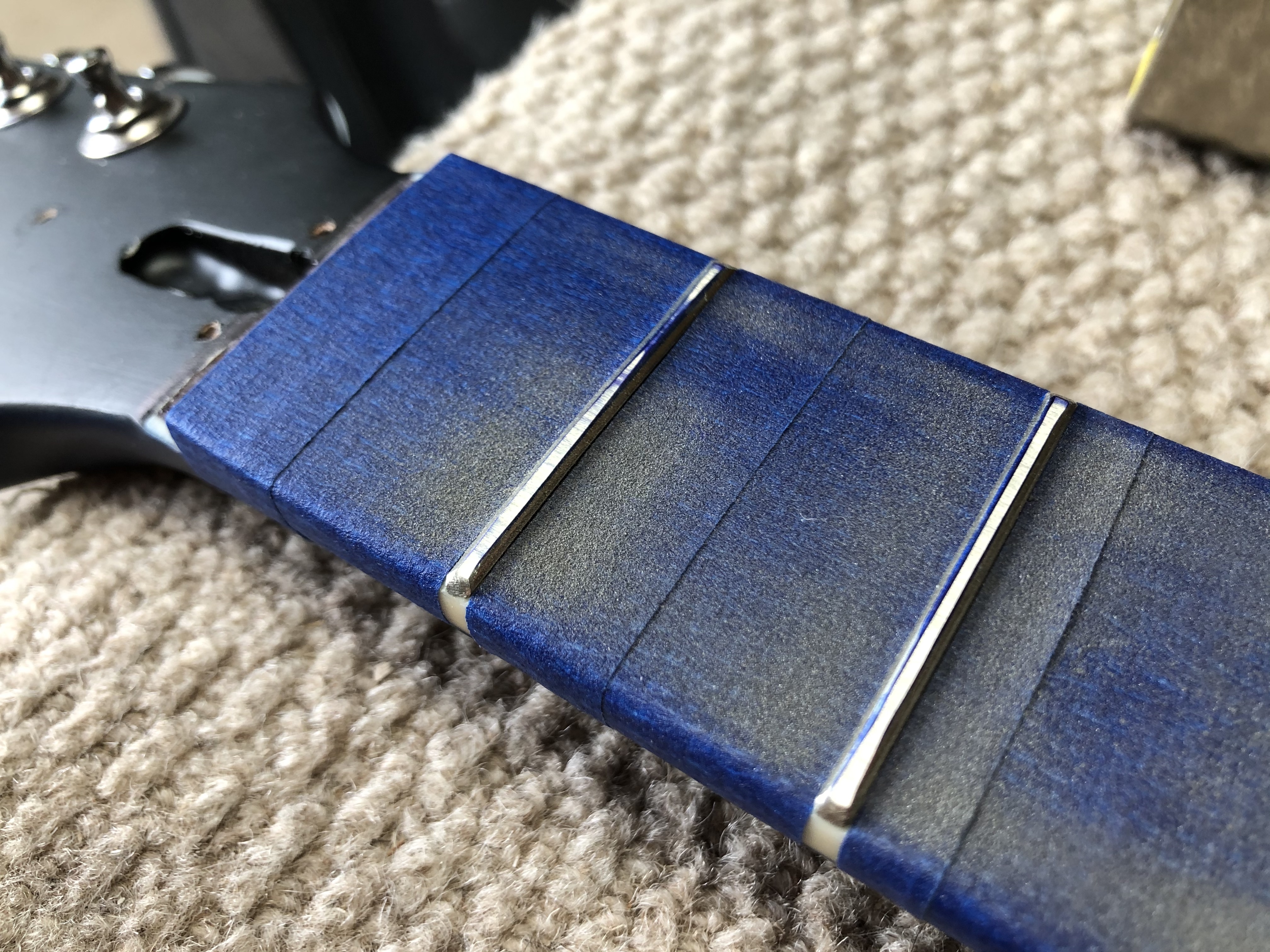 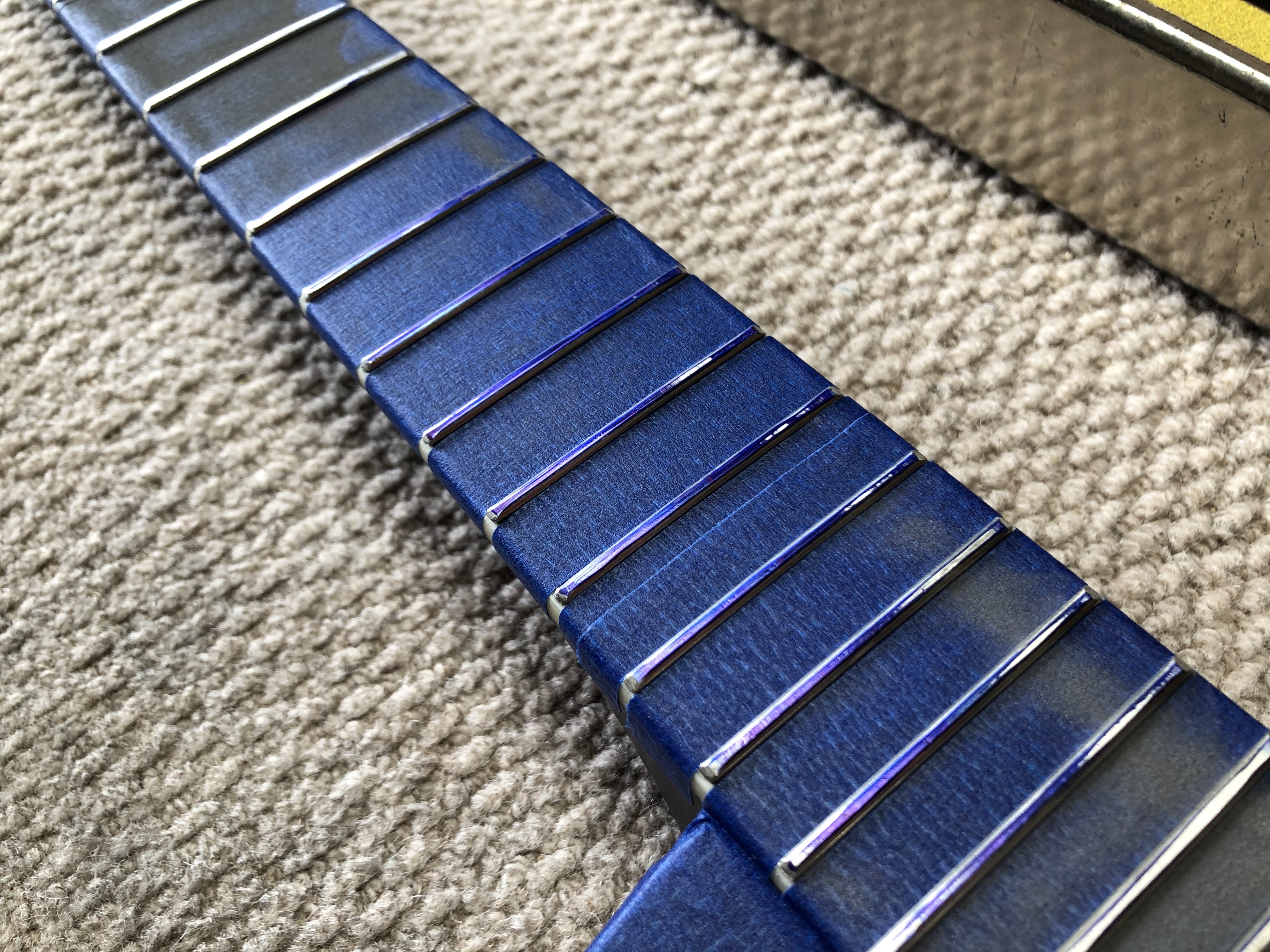 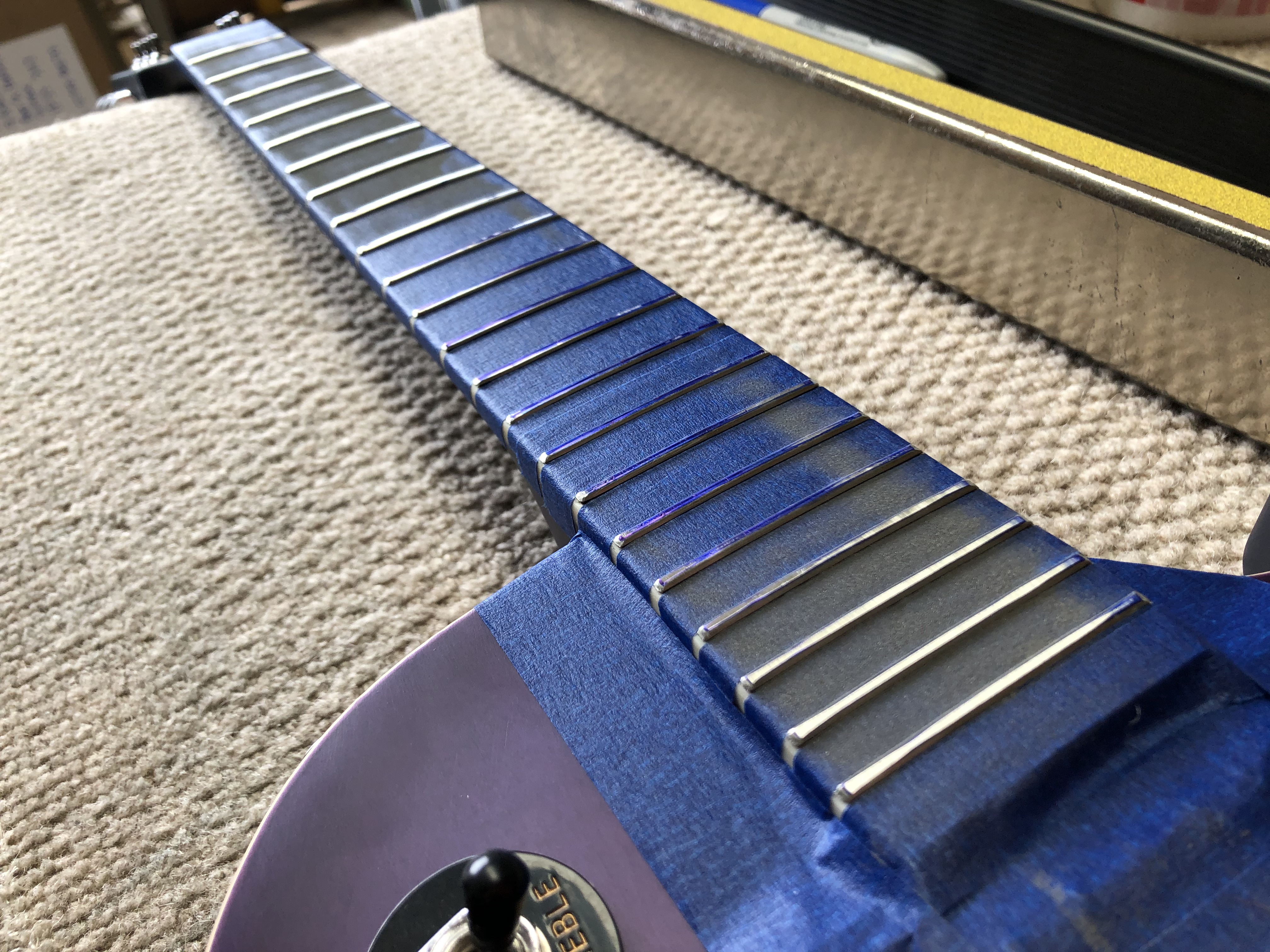 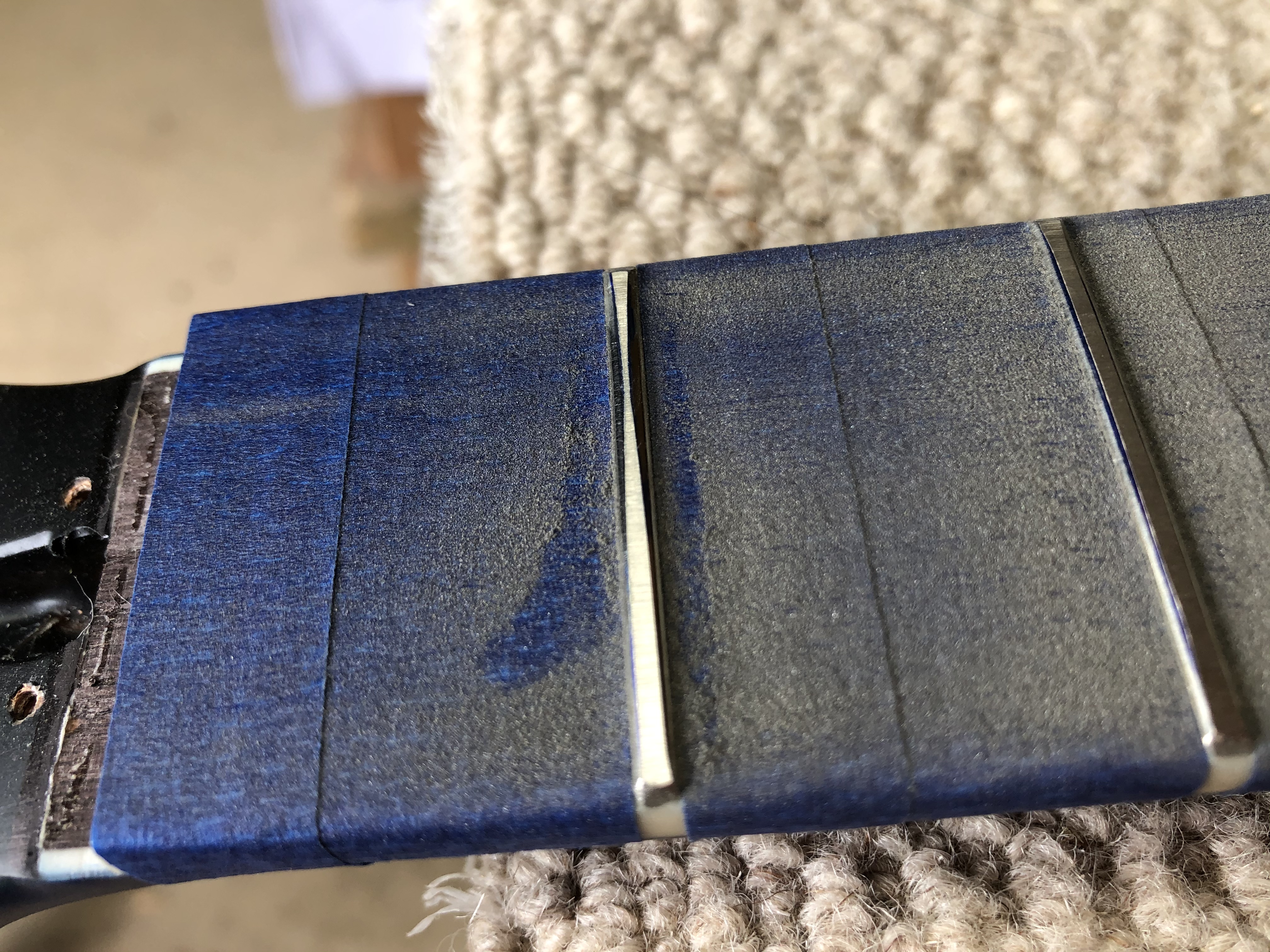 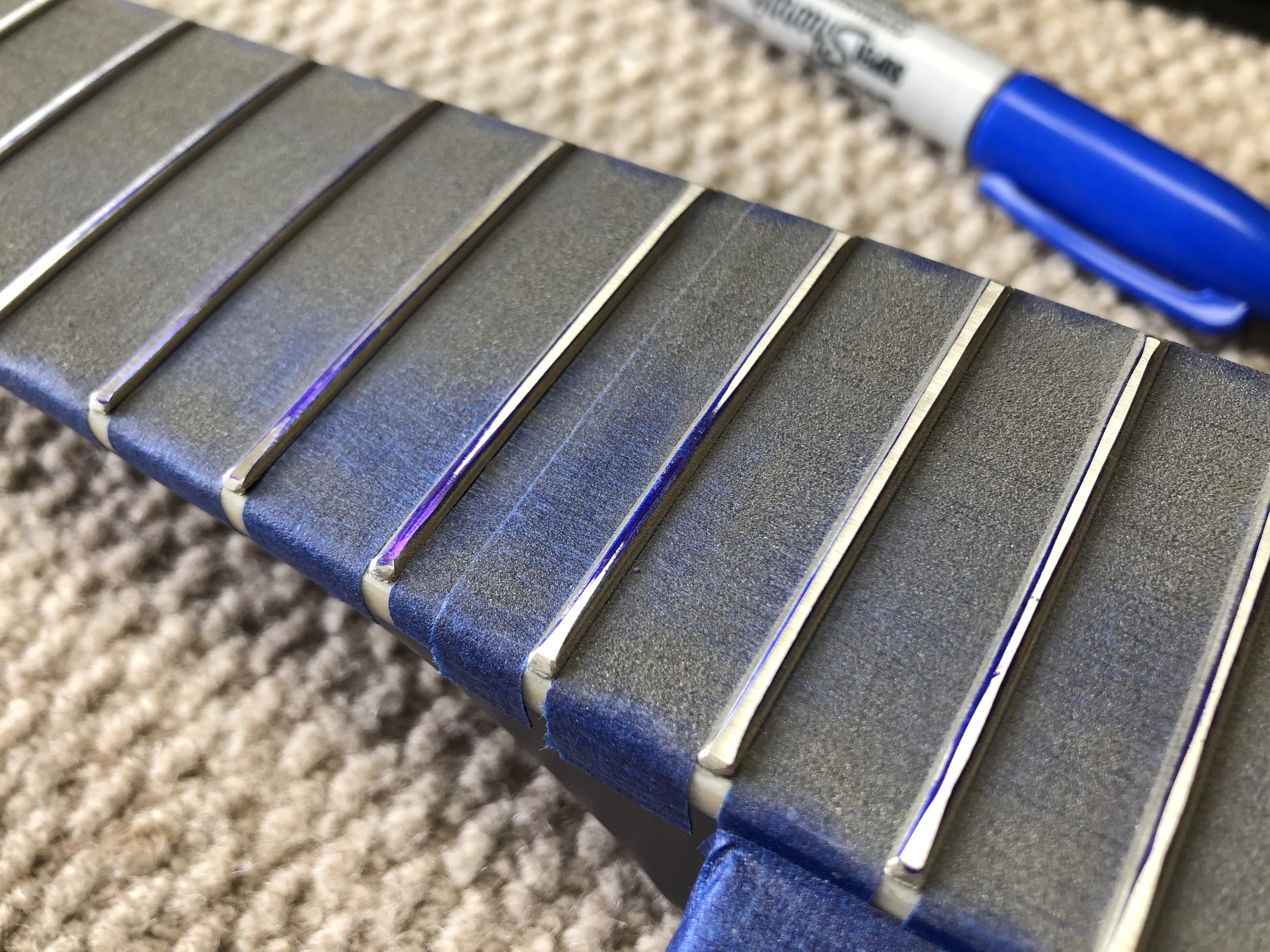 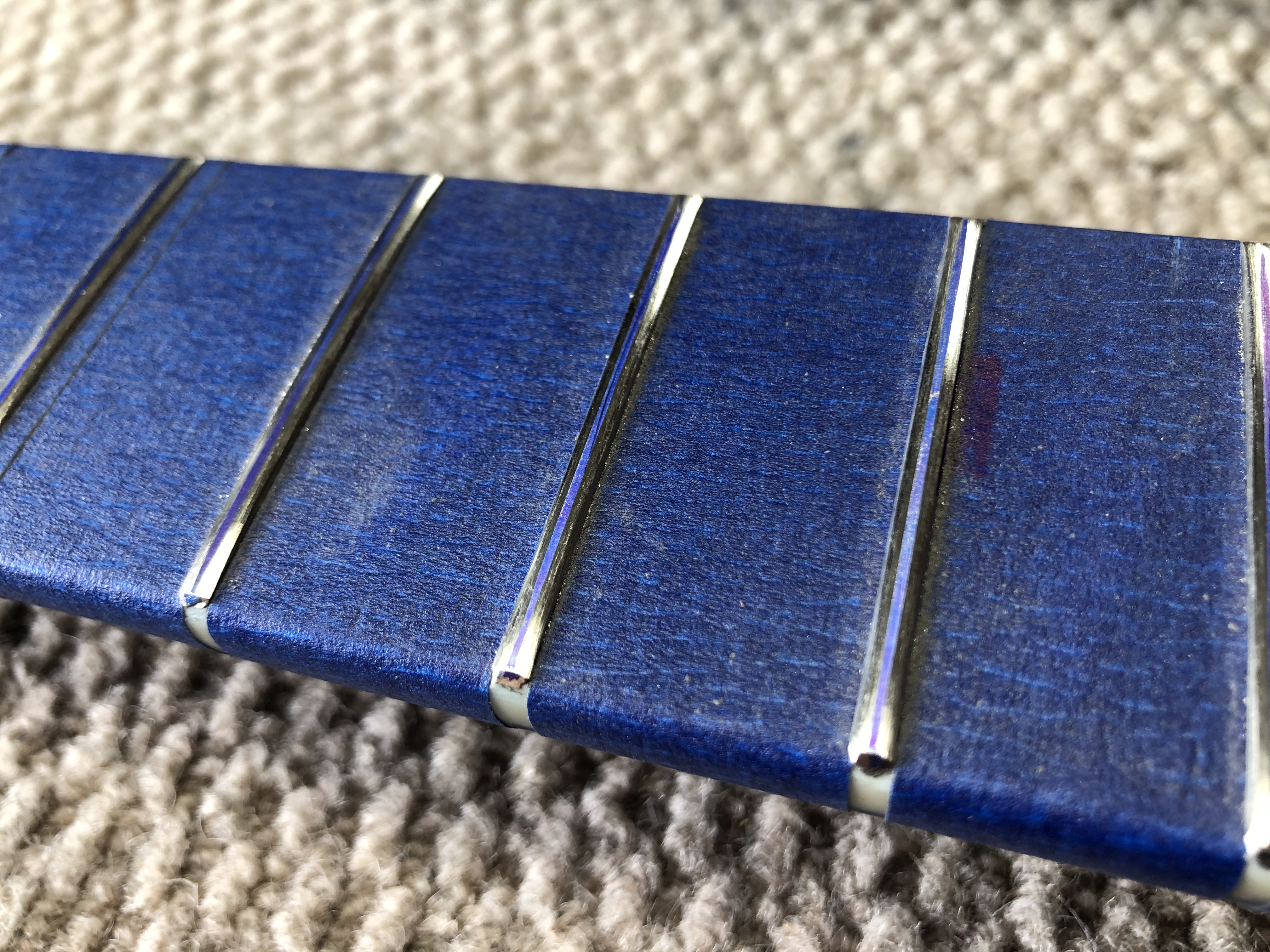 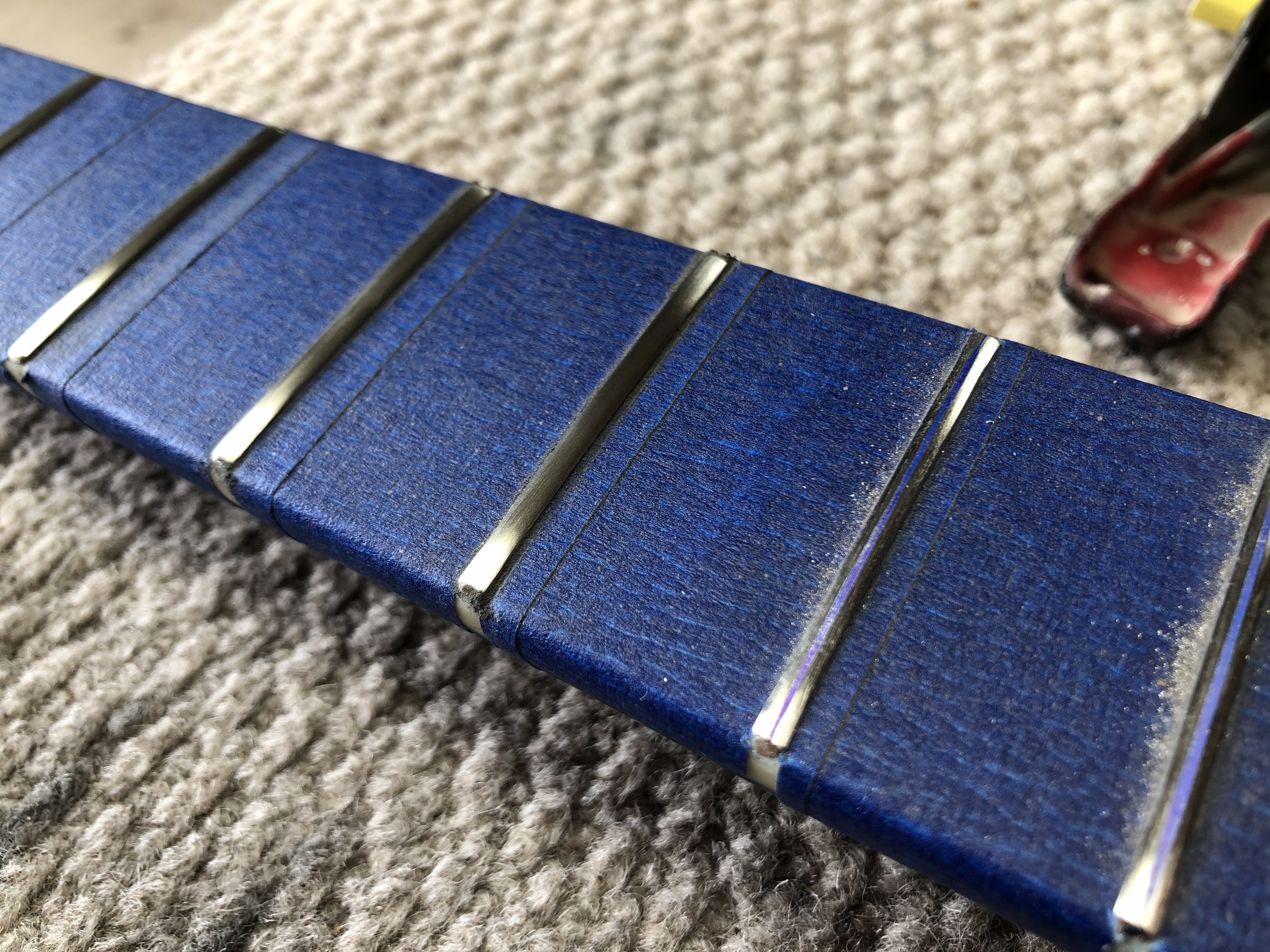 Getting ready to be polished 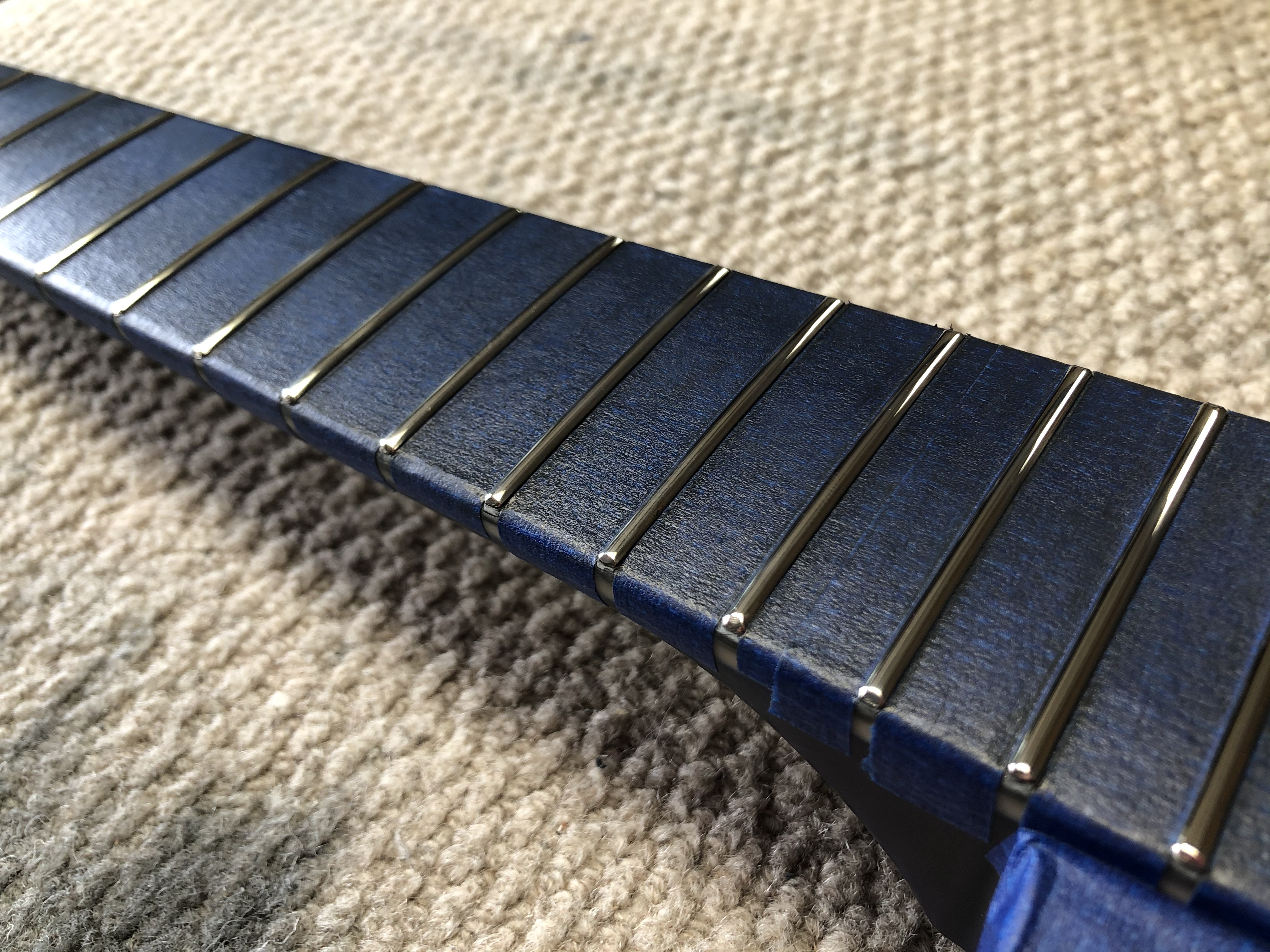 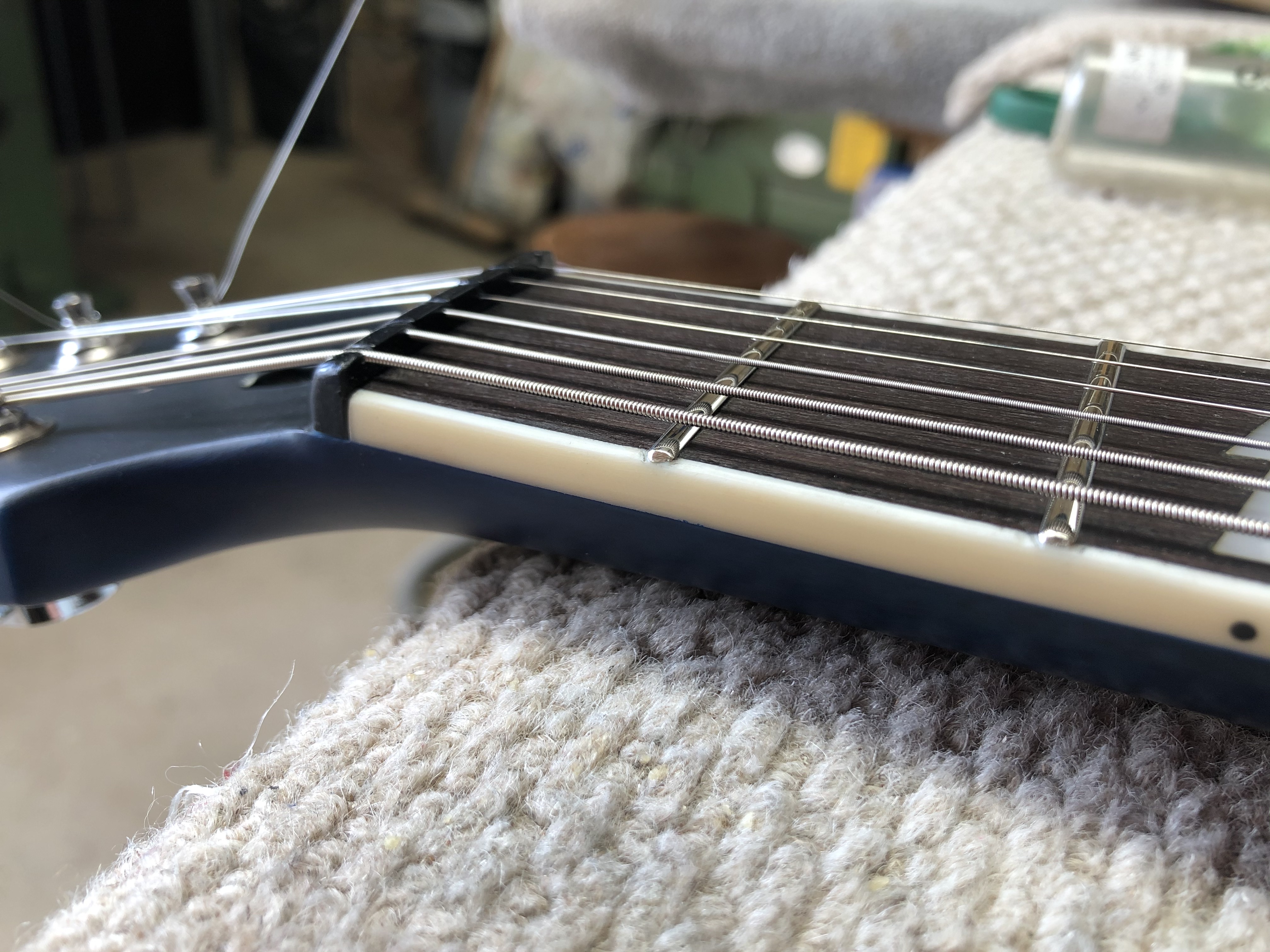 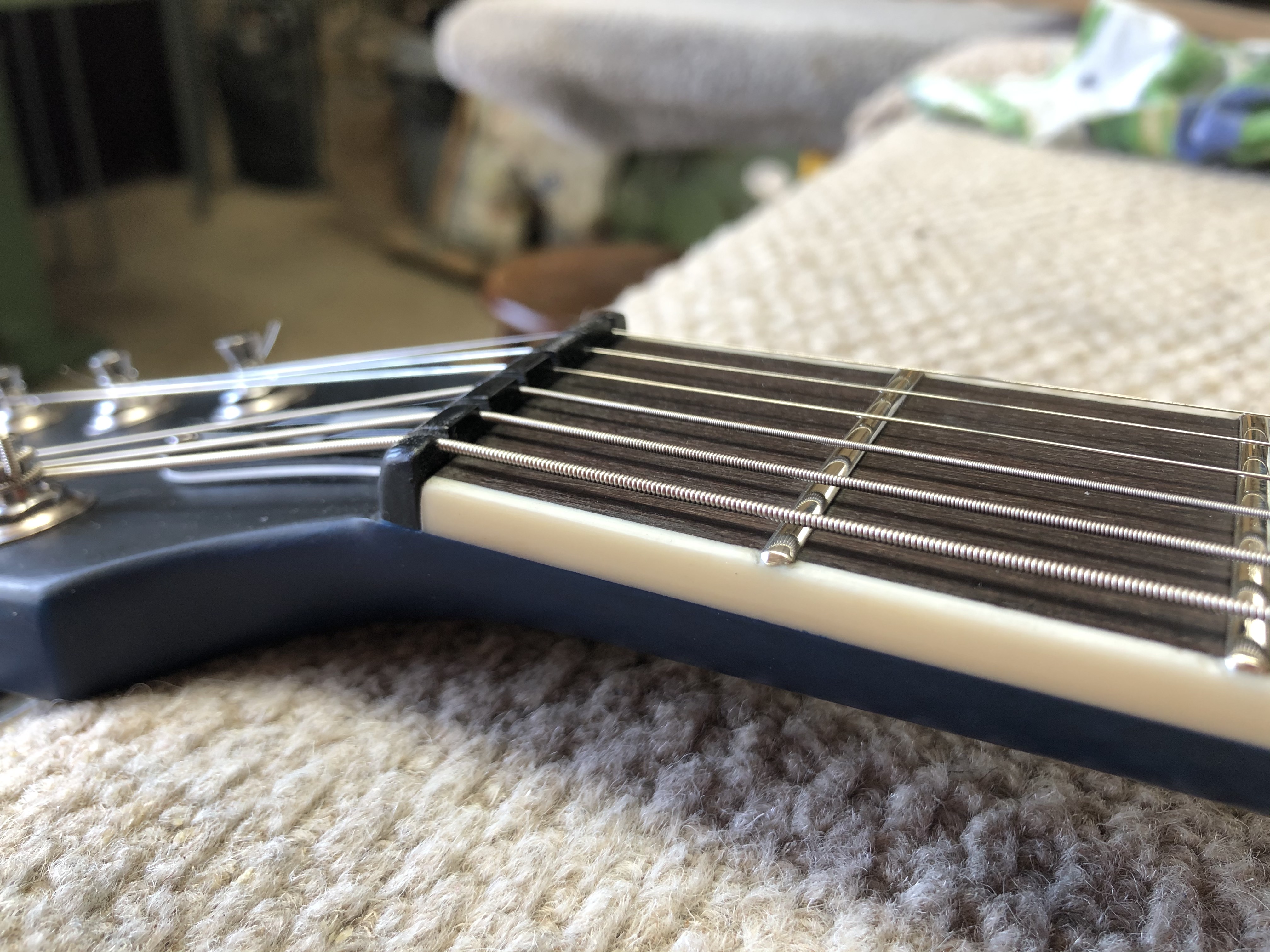 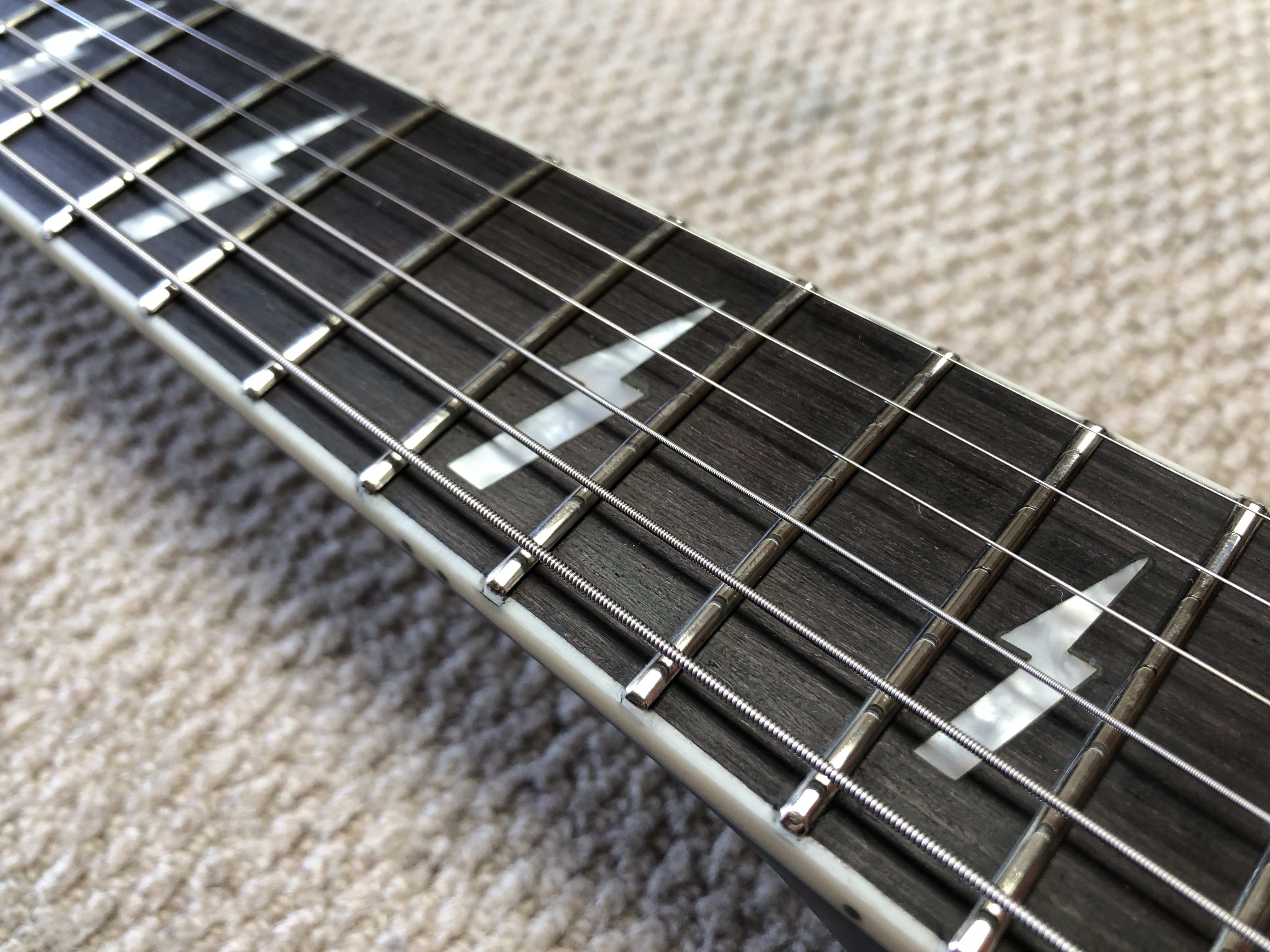 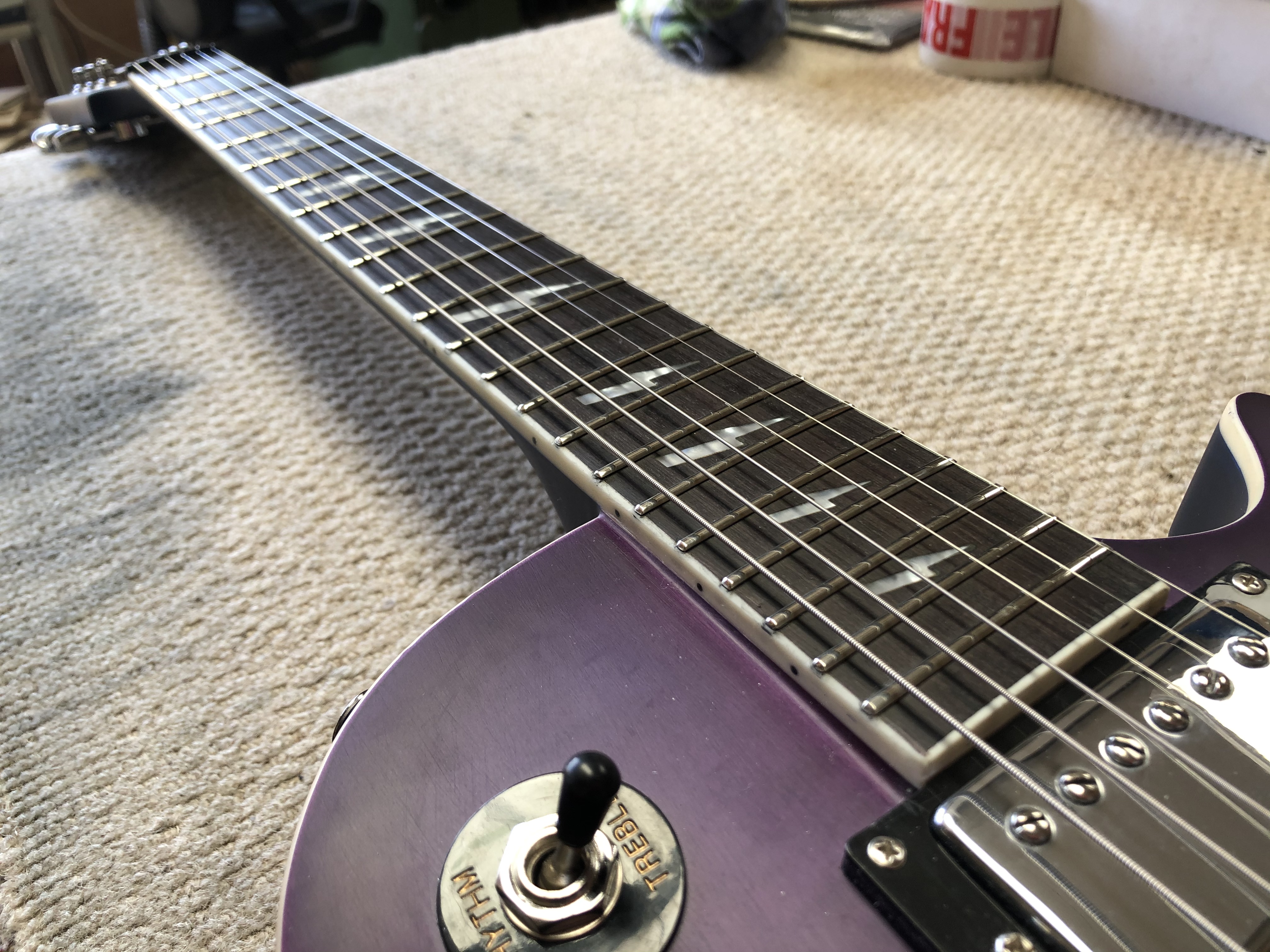 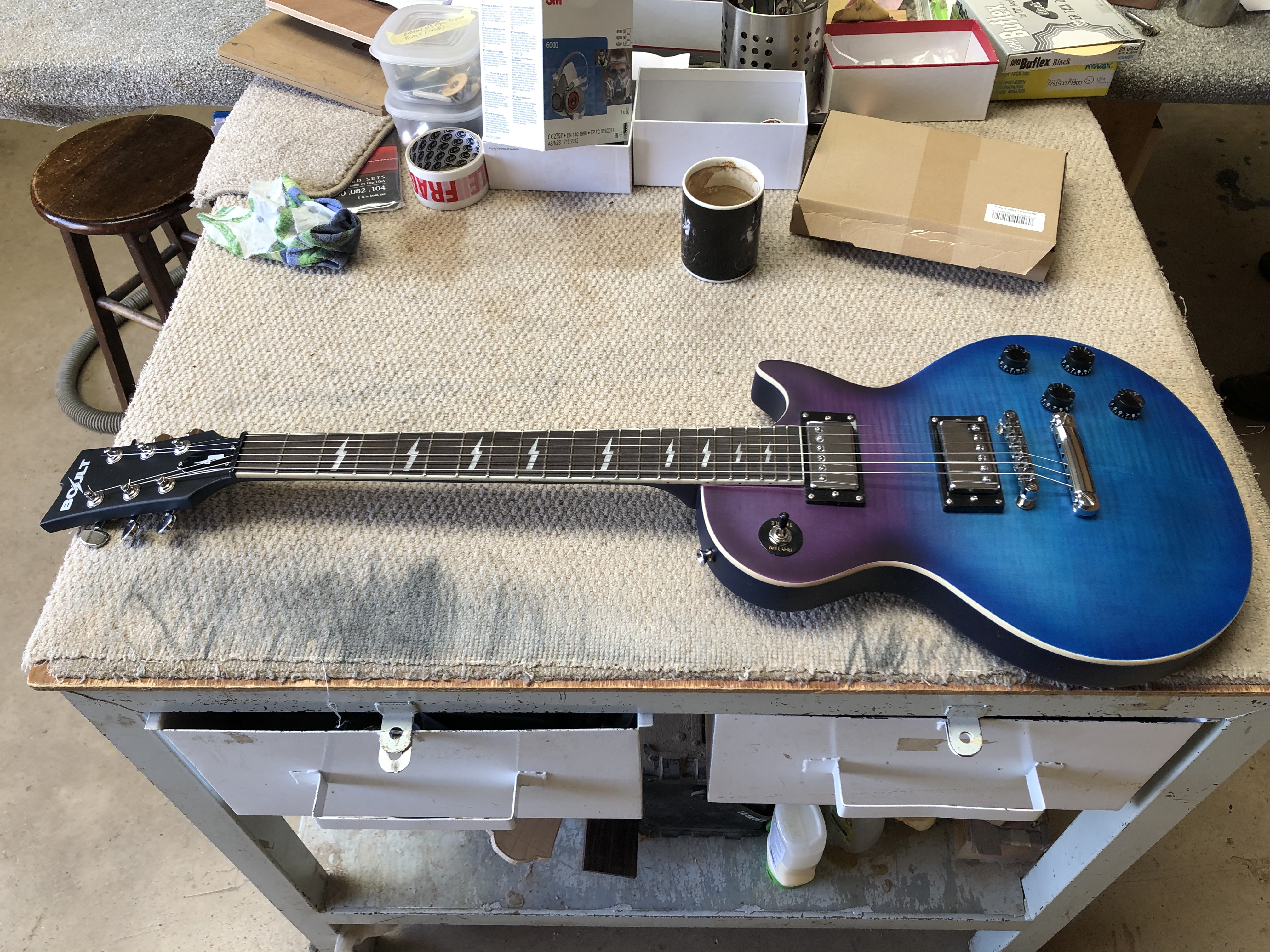