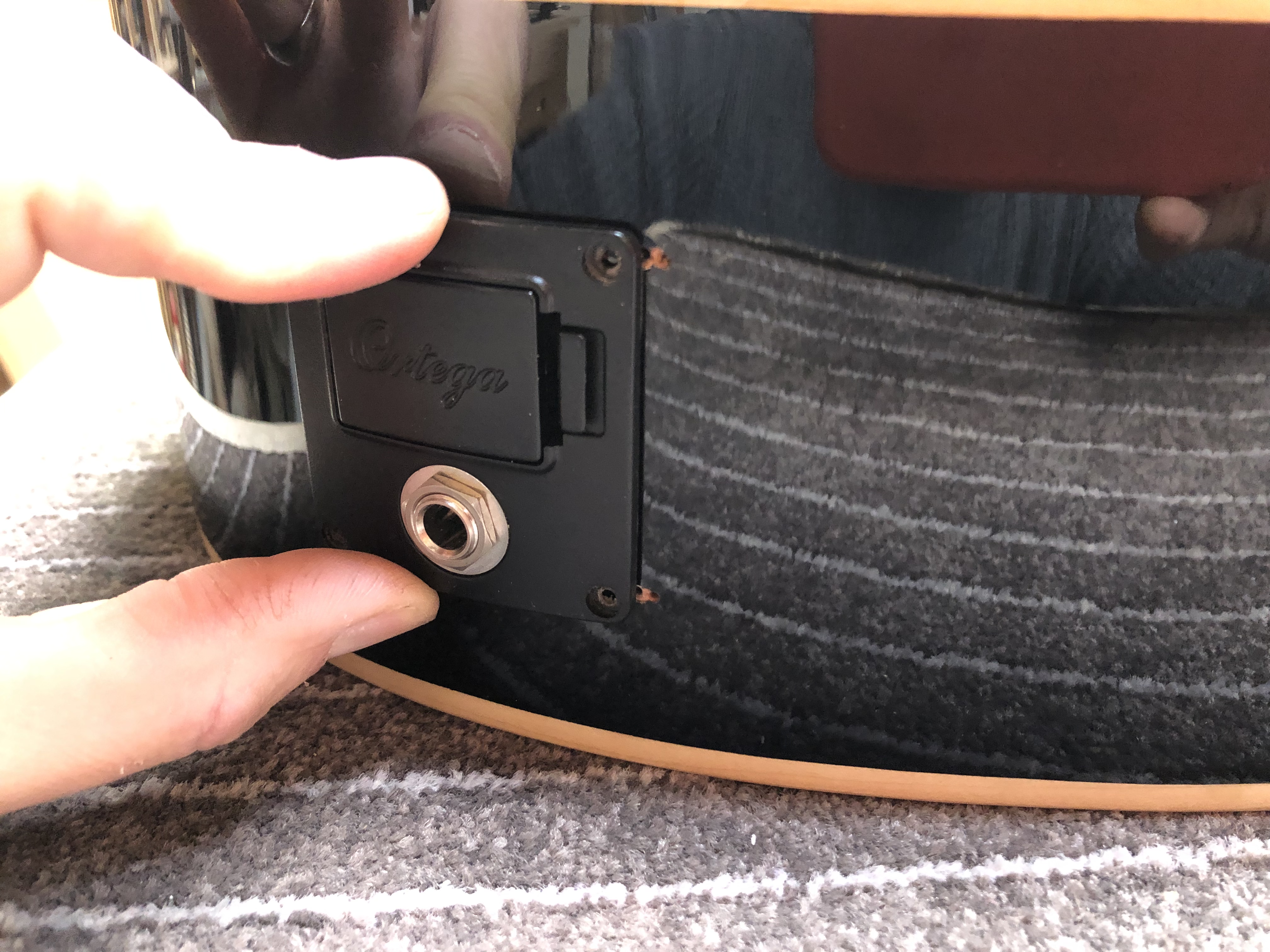 This guitar had no output and needed the action lowering. On inspection I found that the output had become disconnected, possibly because the wires were twisted on the inside of the guitar, not sure how they could have been tugged? The output/battery assembly was loose though, being only held onto the body by two screws. When I removed it I found that it had been misaligned meaning two of the screws were going into thin air. I plugged the holes, re-drilled them in a better position and re-installed the output.

The frets were very uneven on this guitar, especially on the high E at the top of the fret board. I lowered the action as much I could, lowering it anymore would need serious would work on the bridge. 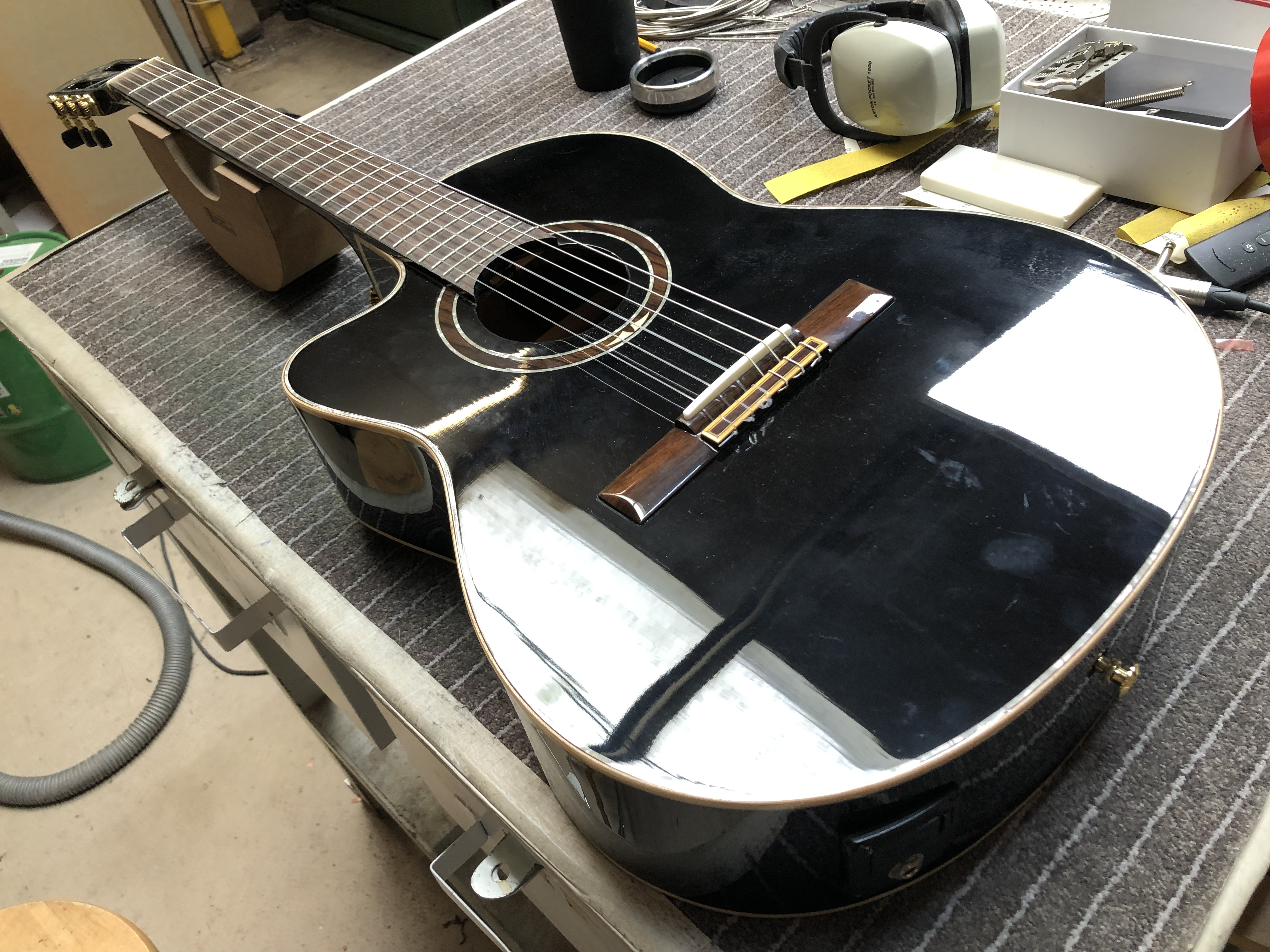 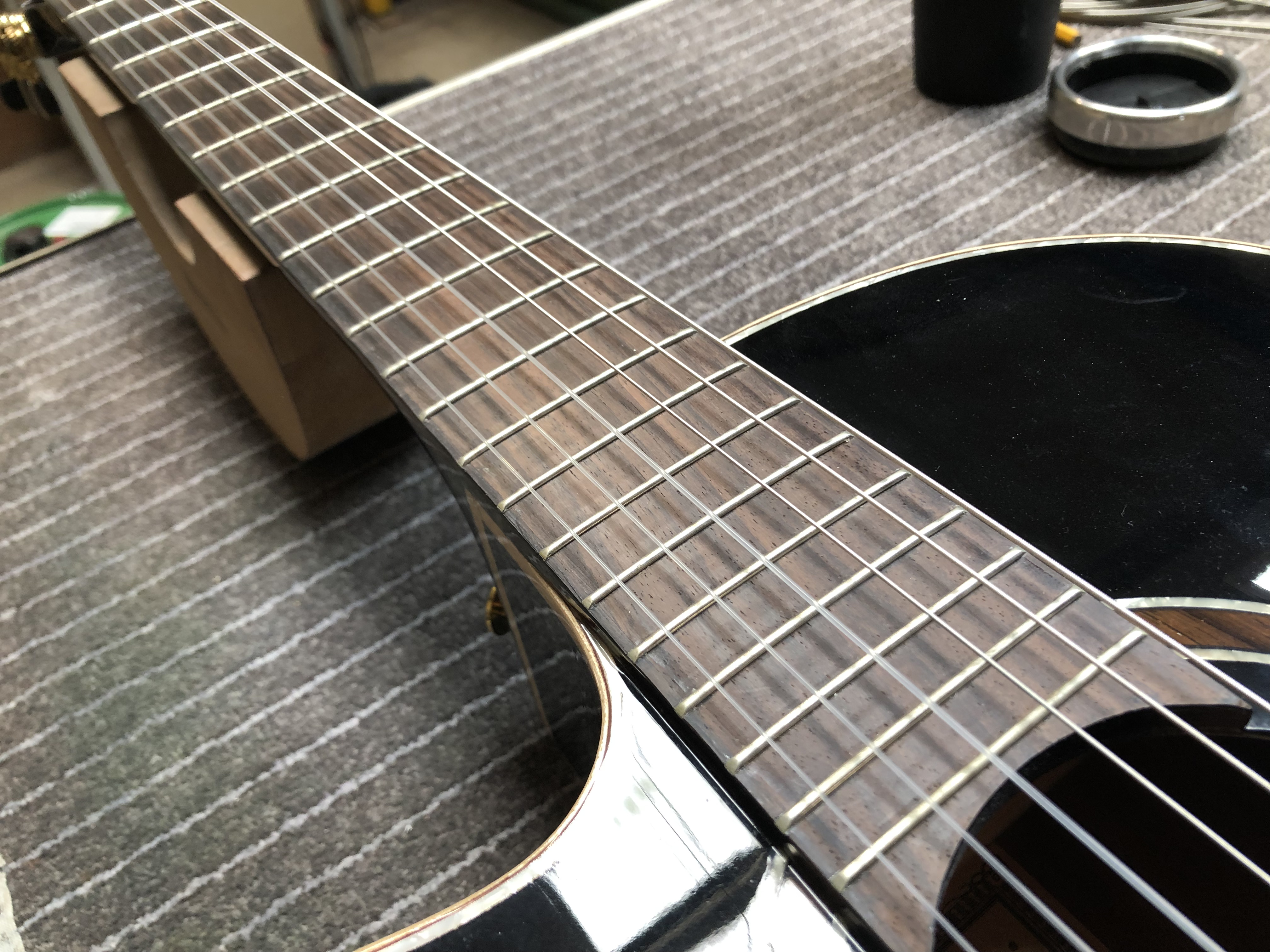 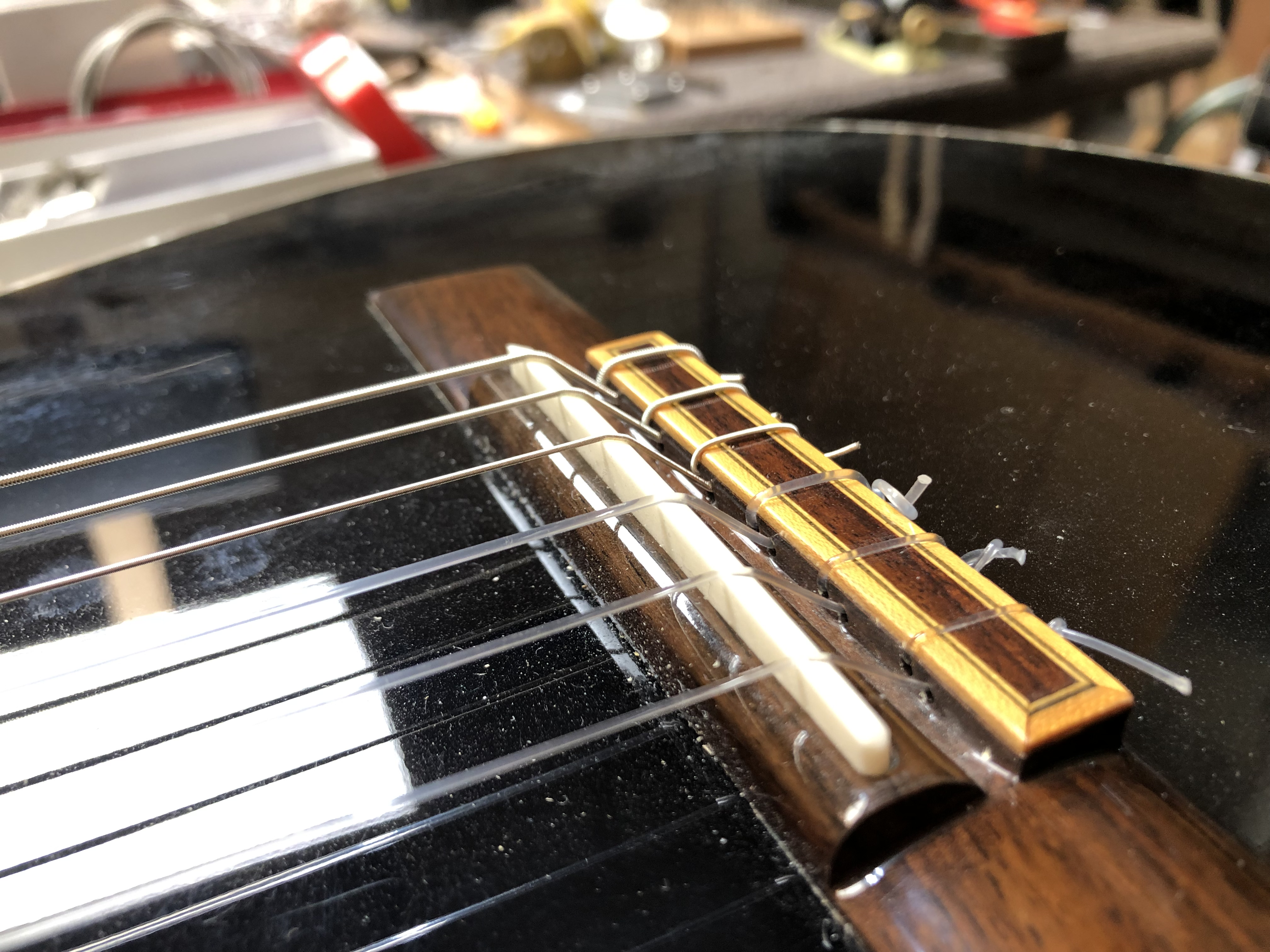 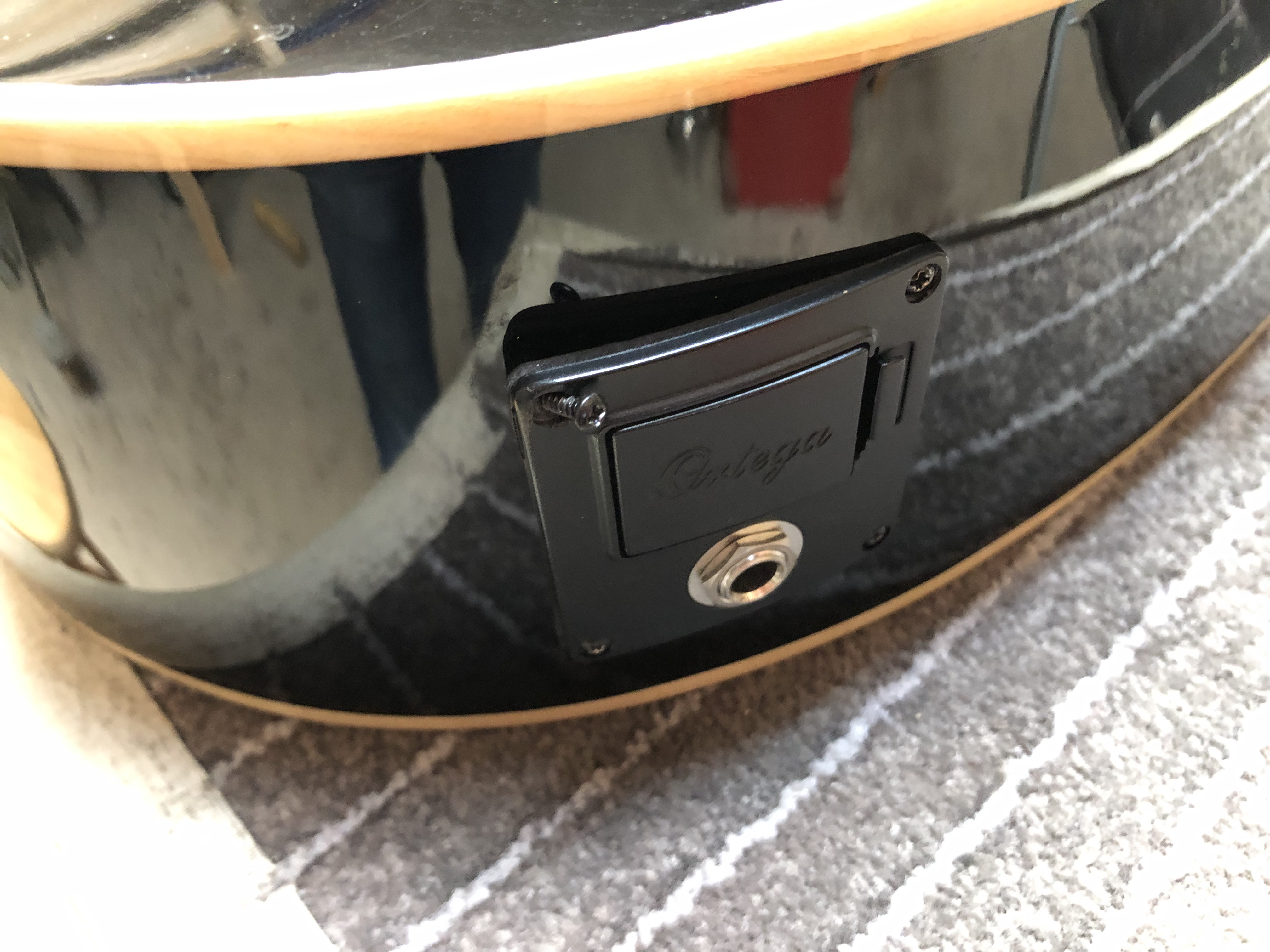 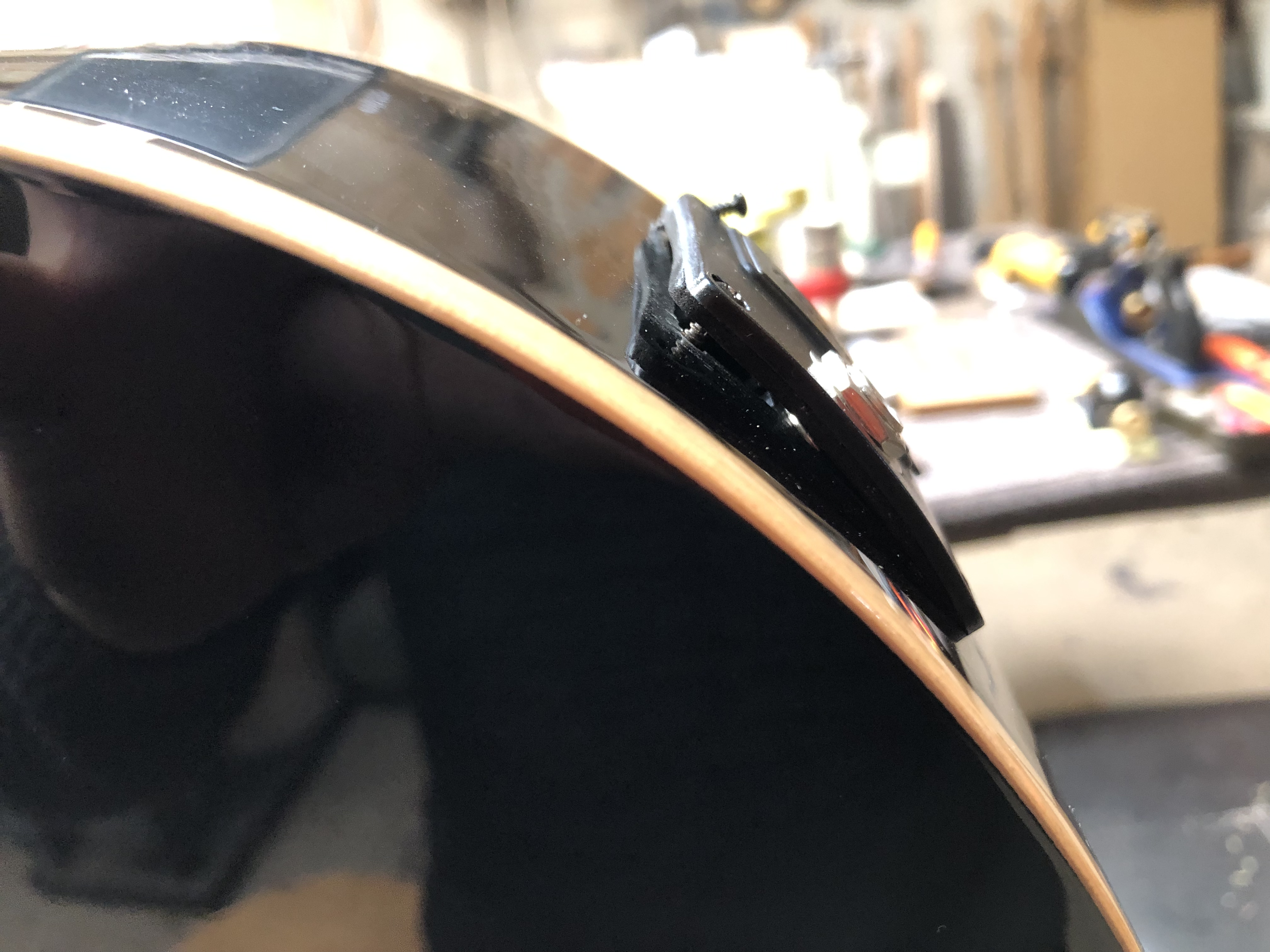 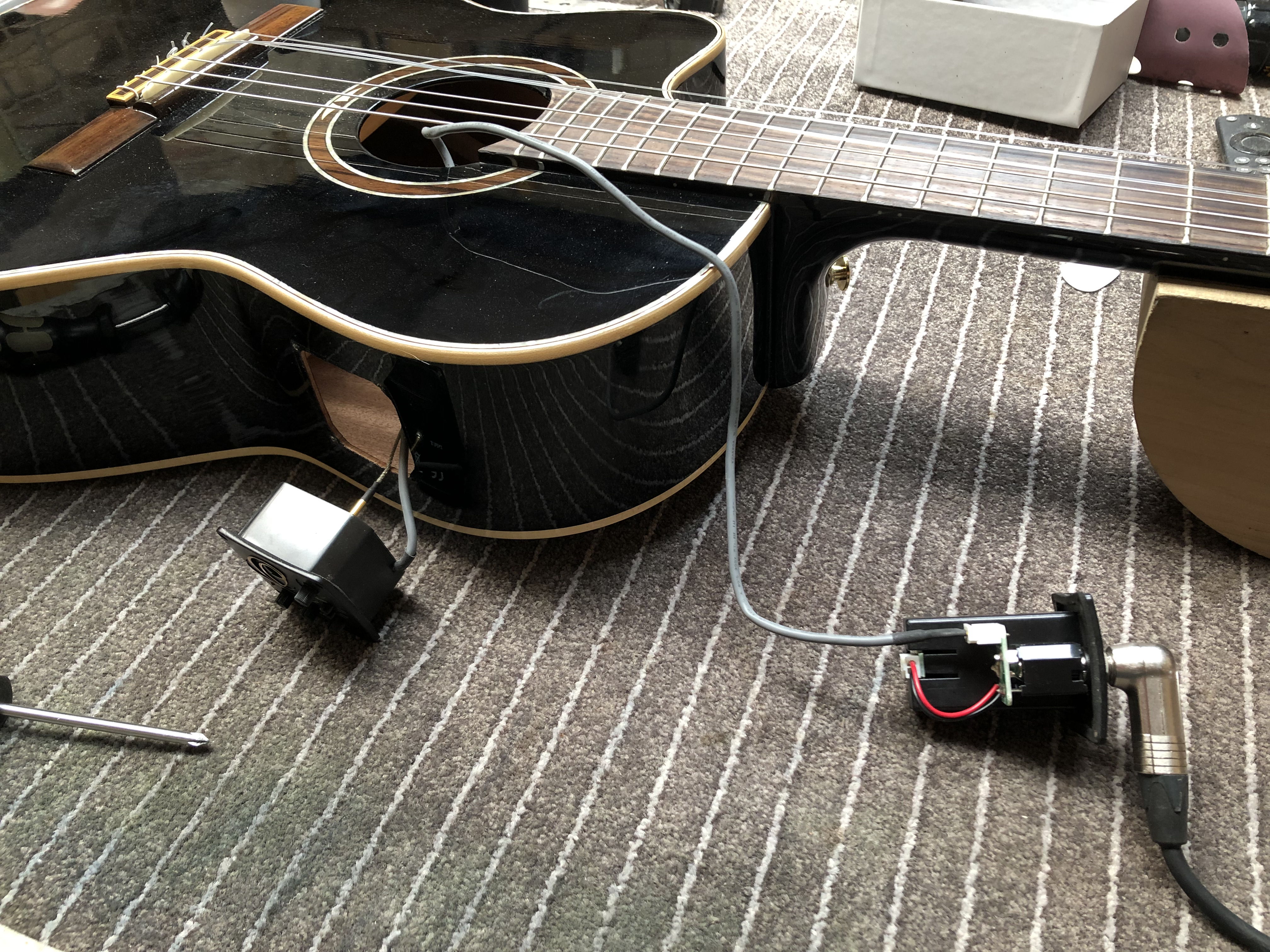 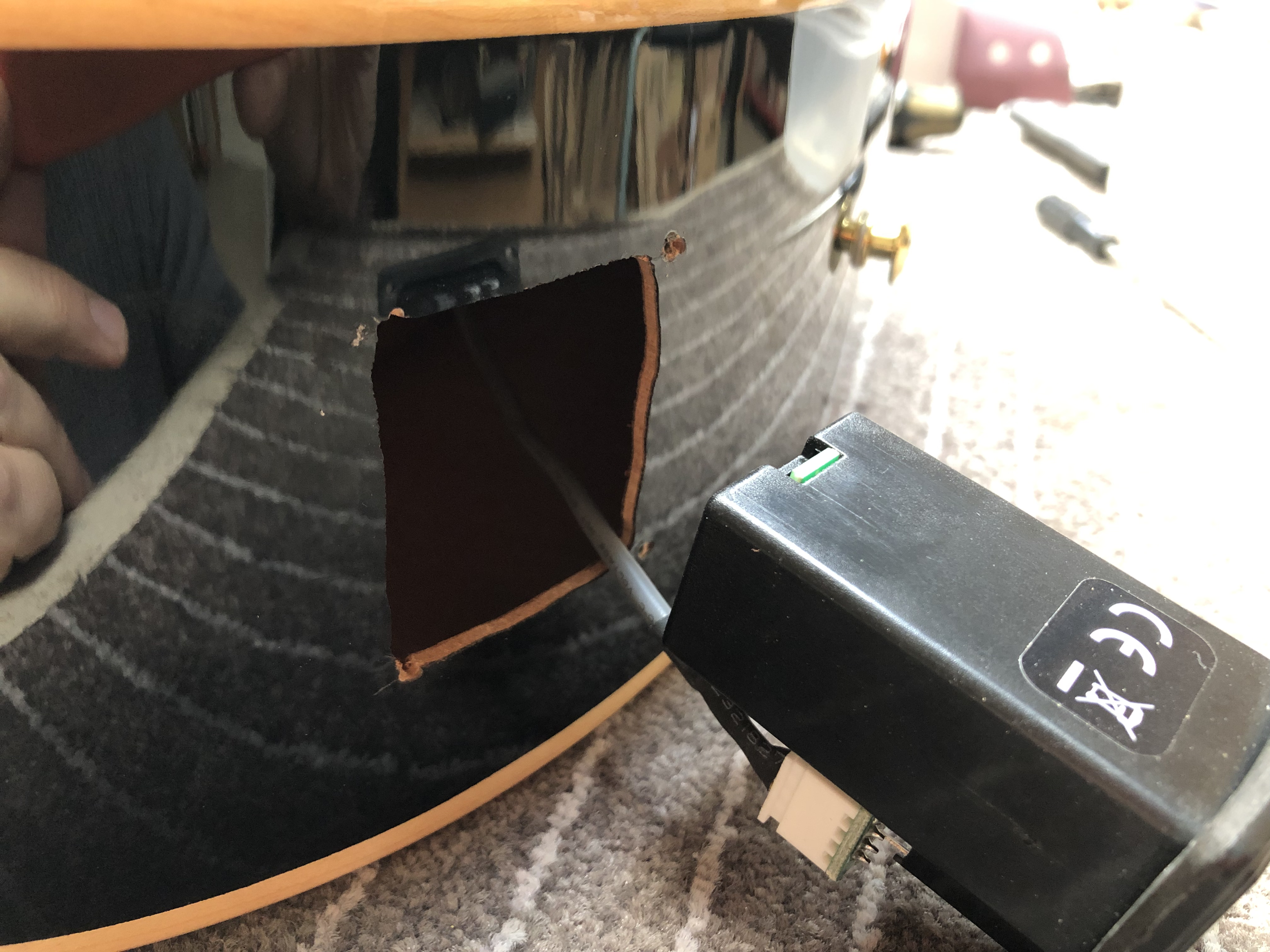 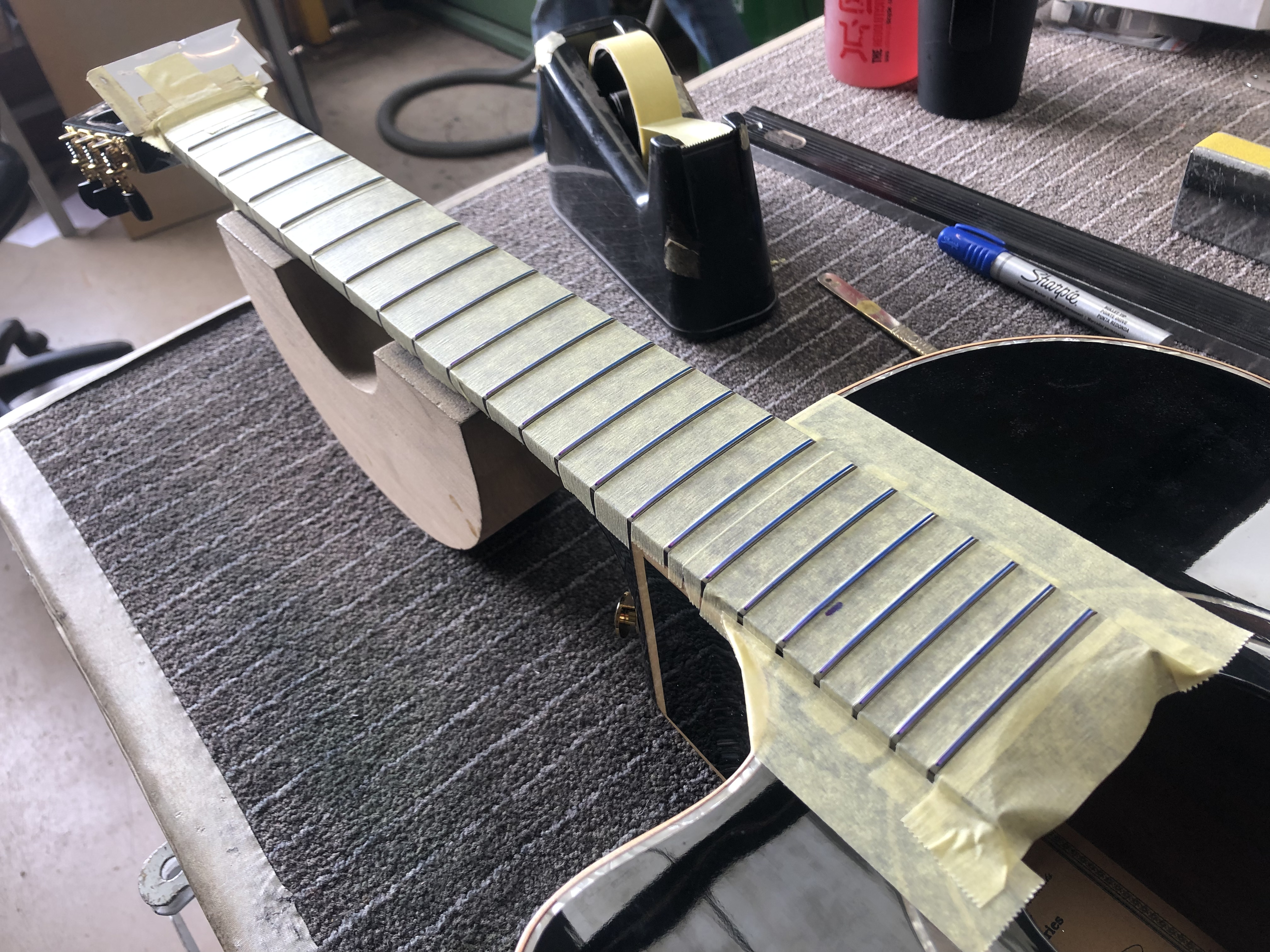 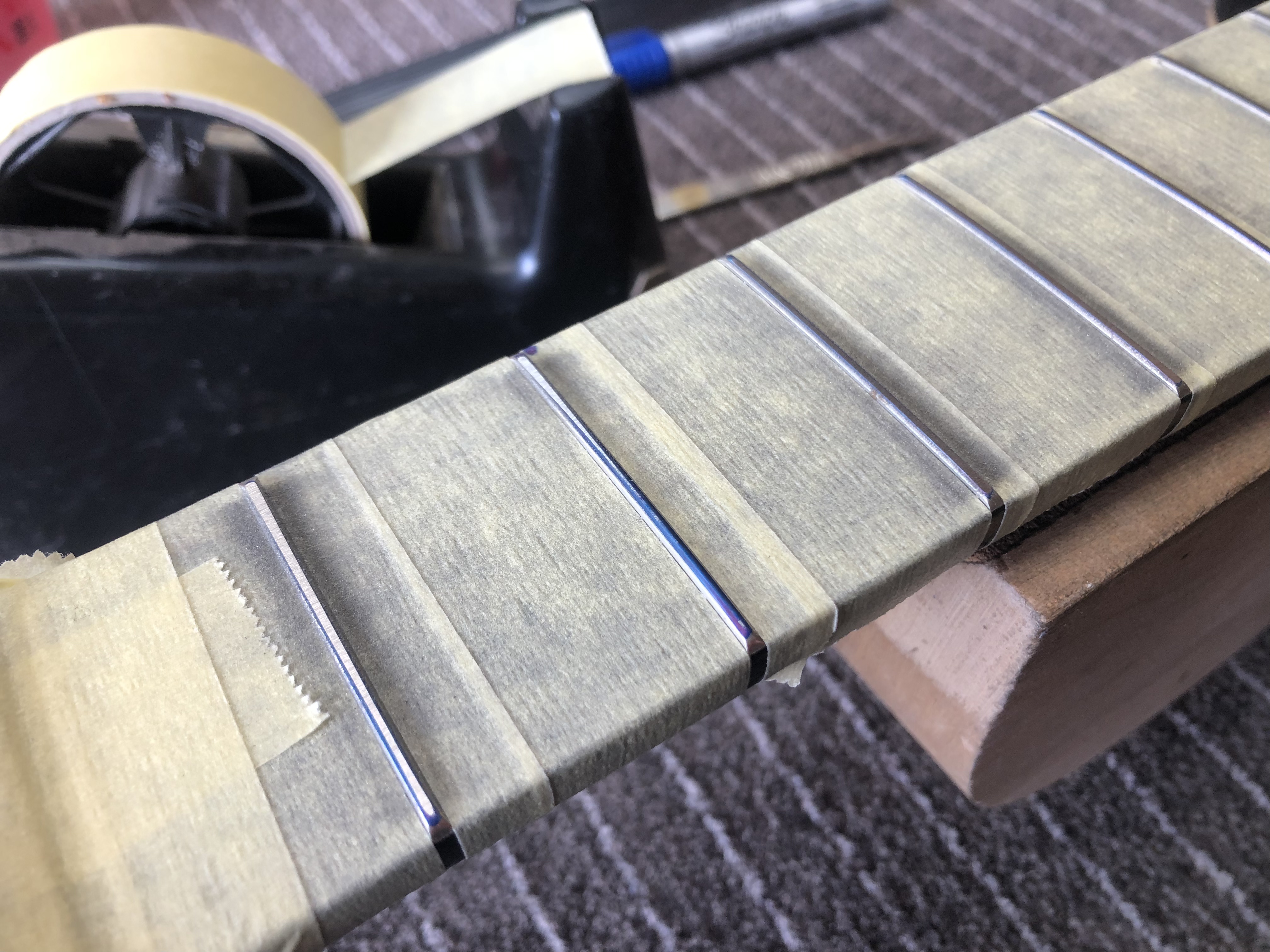 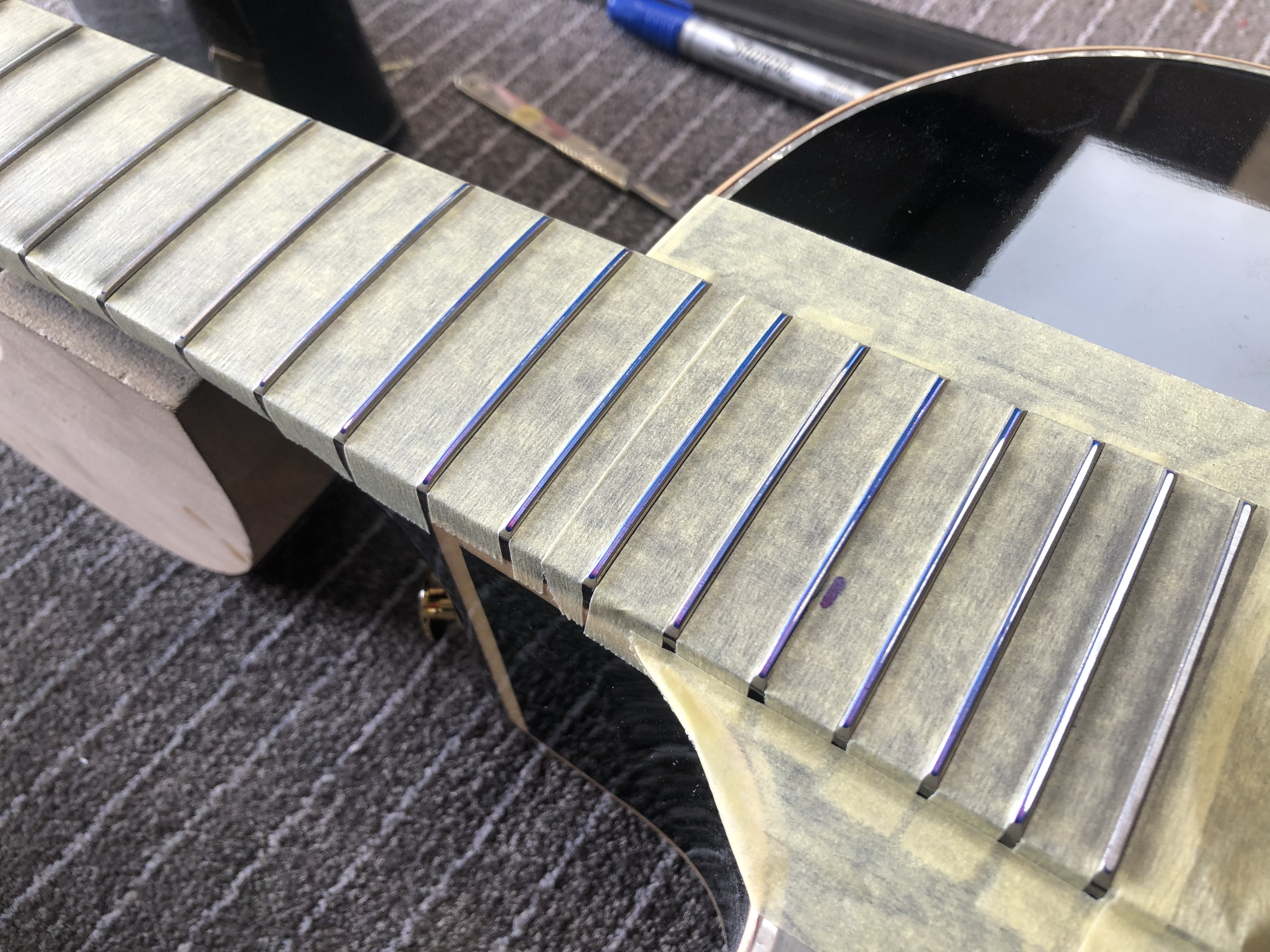 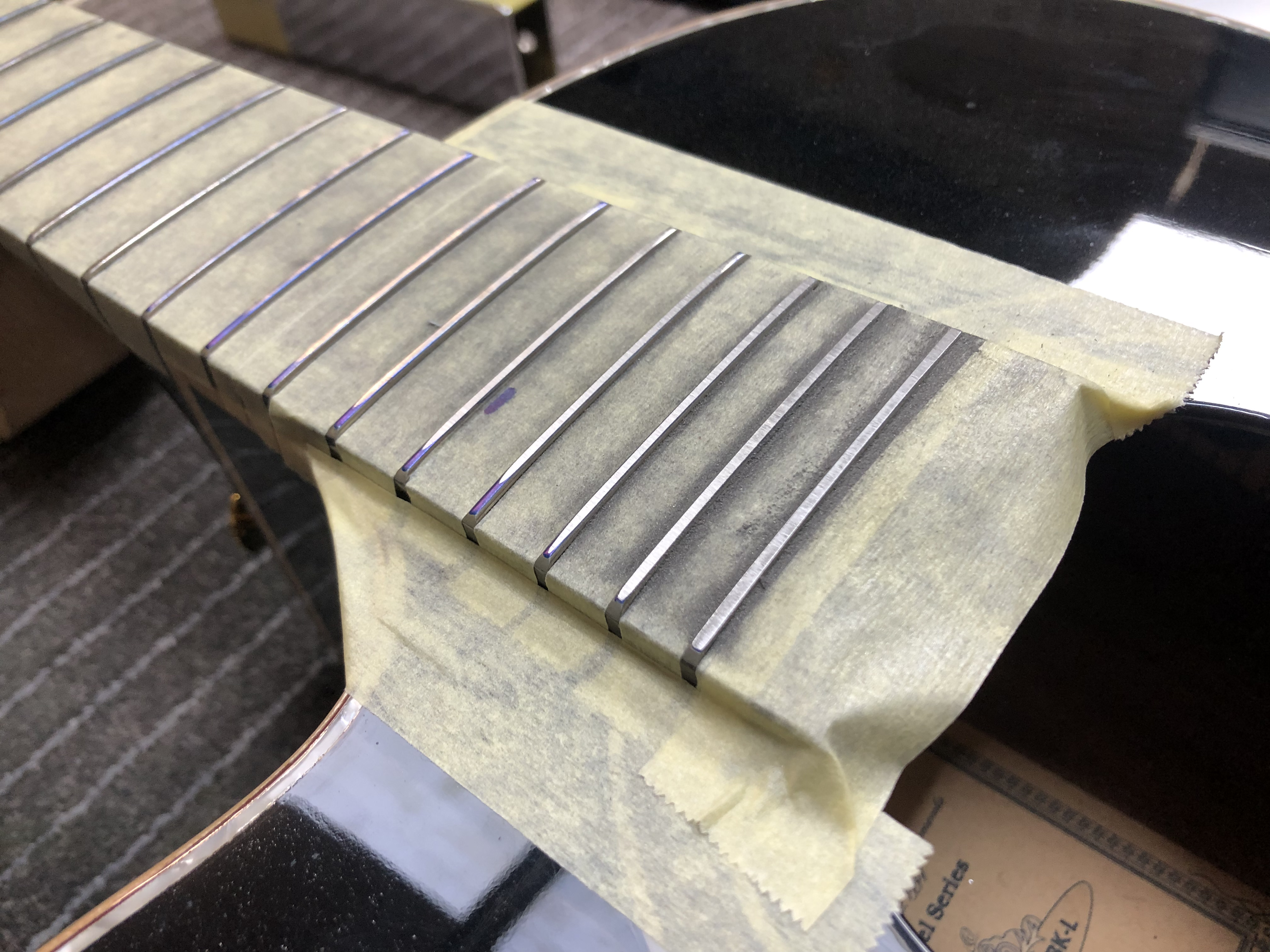 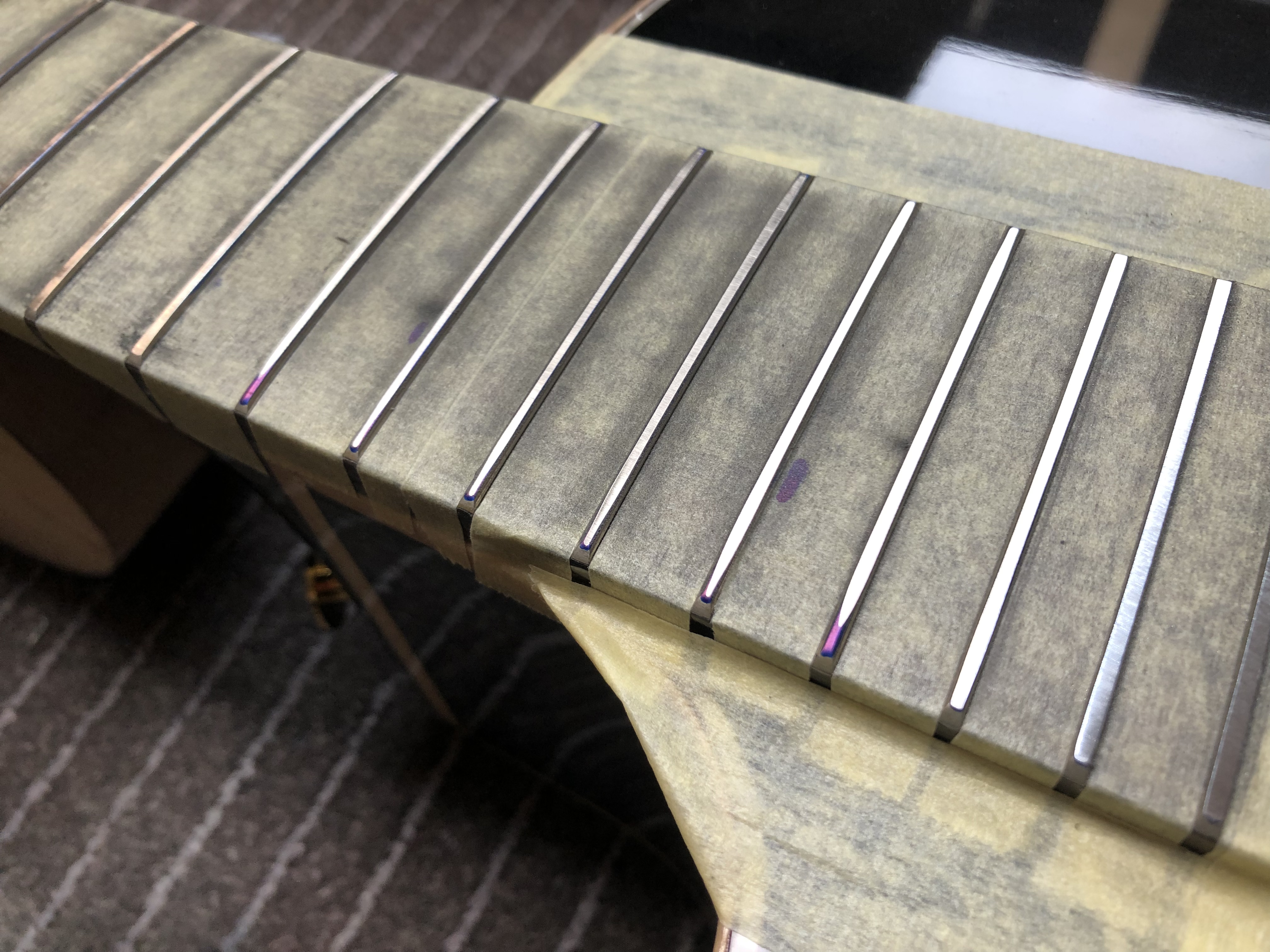 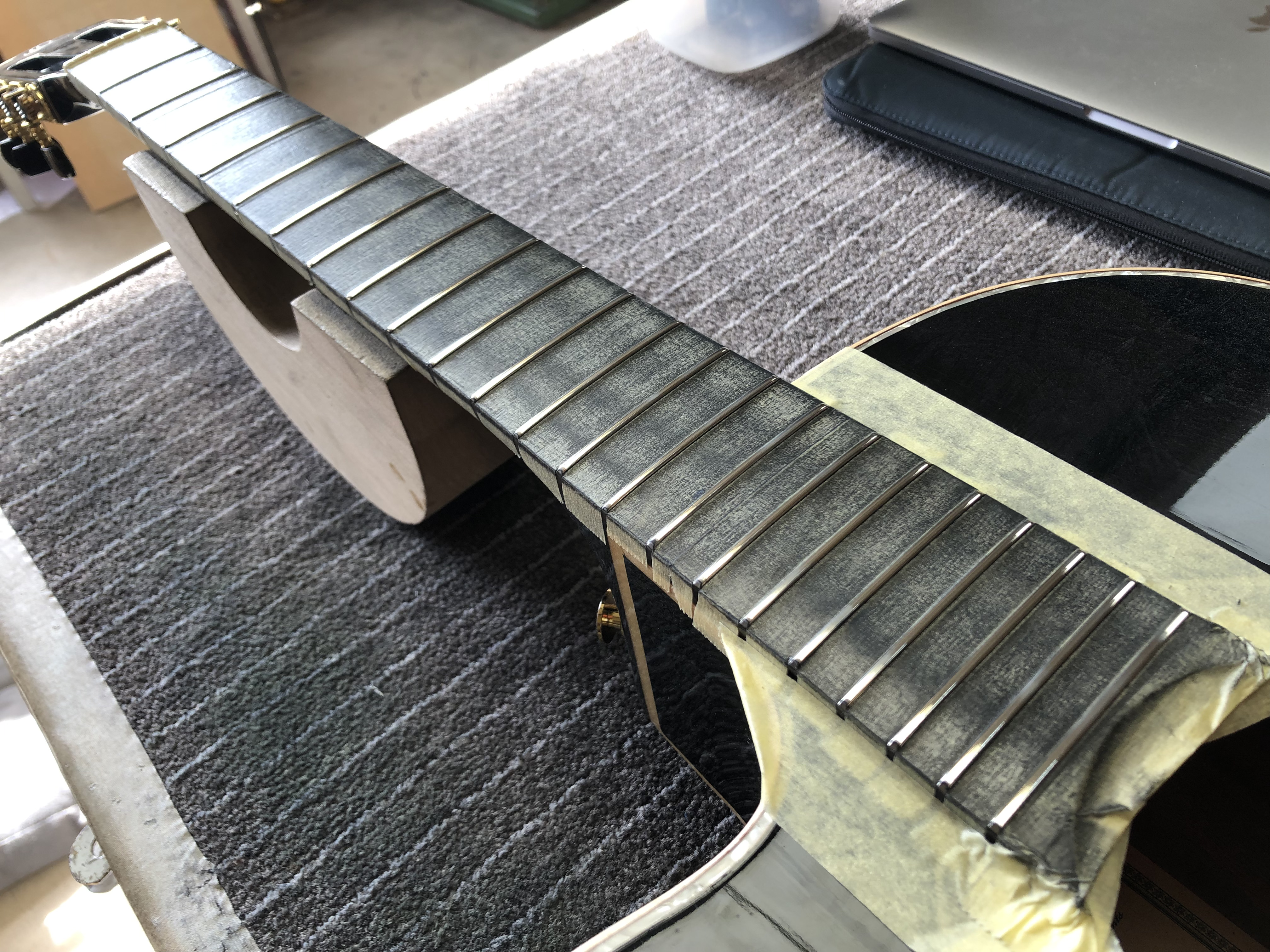 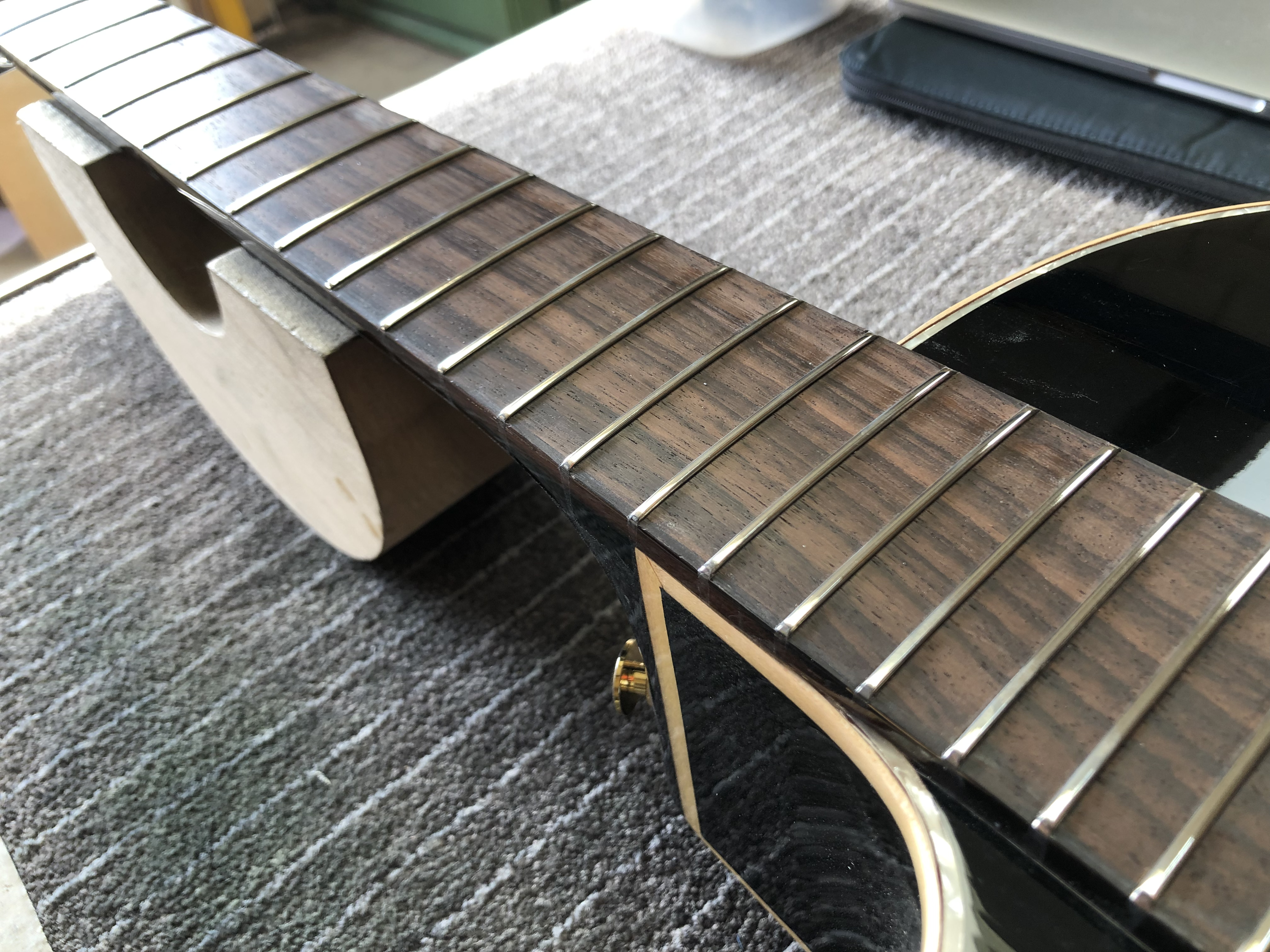 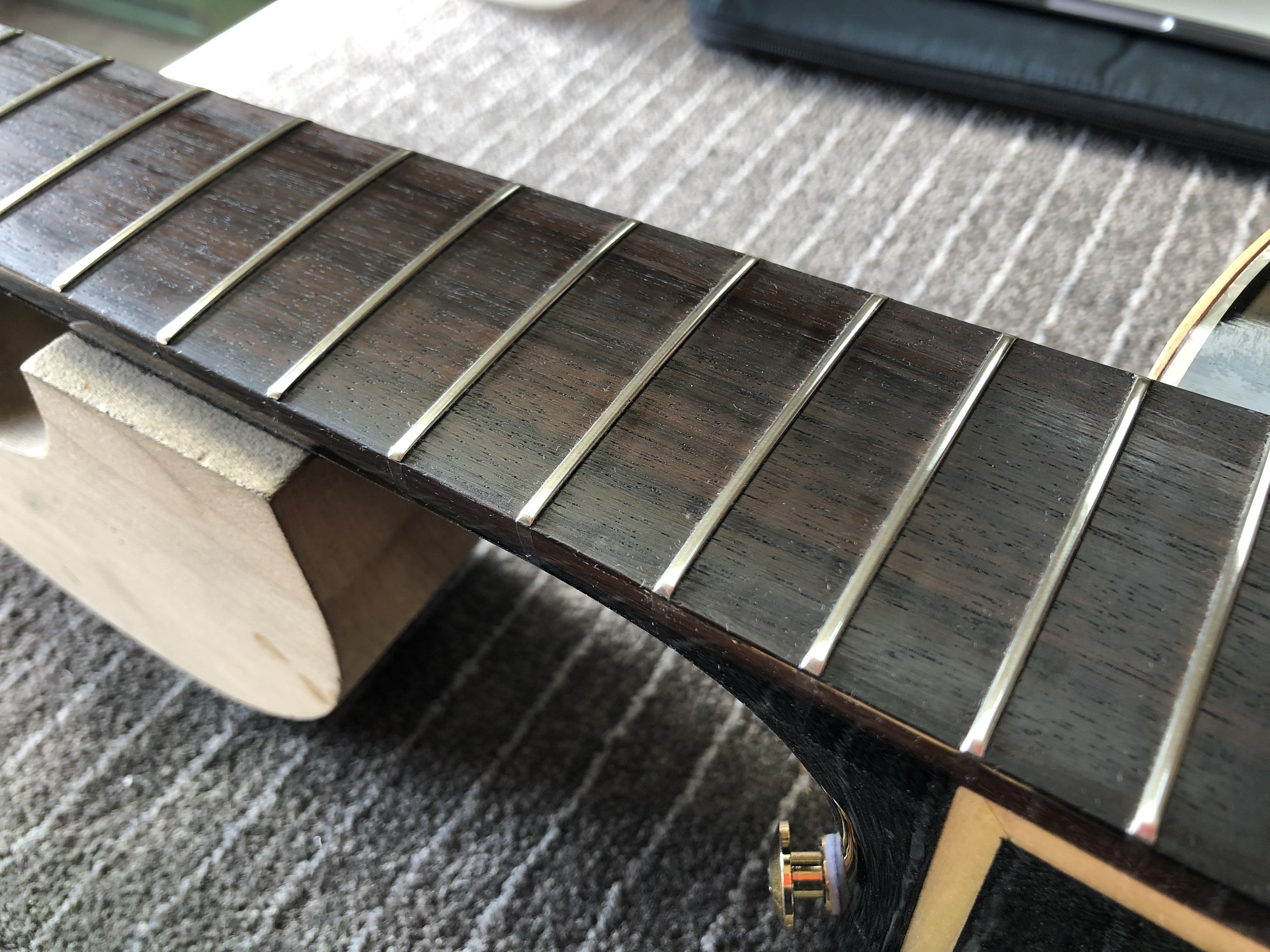 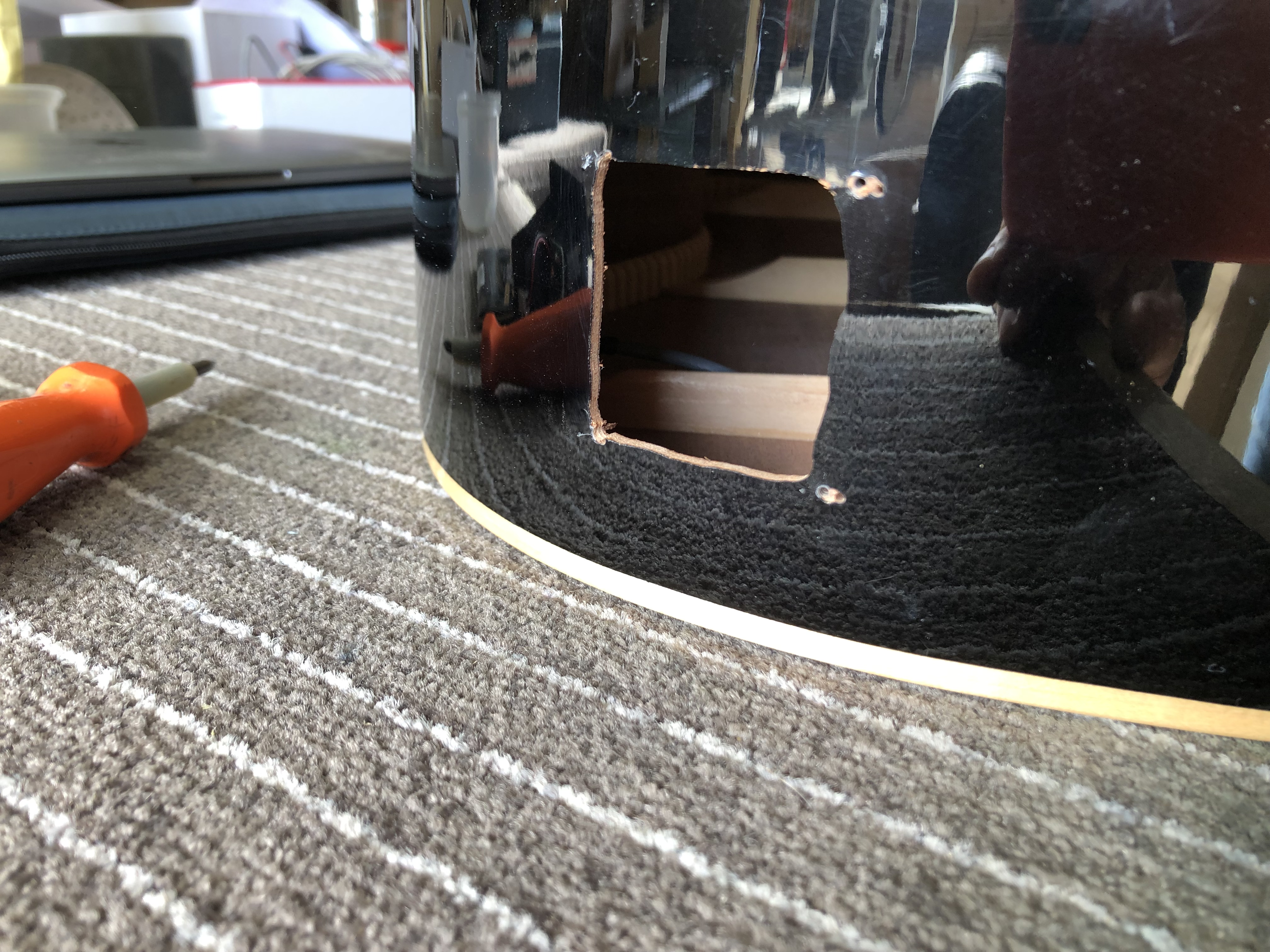 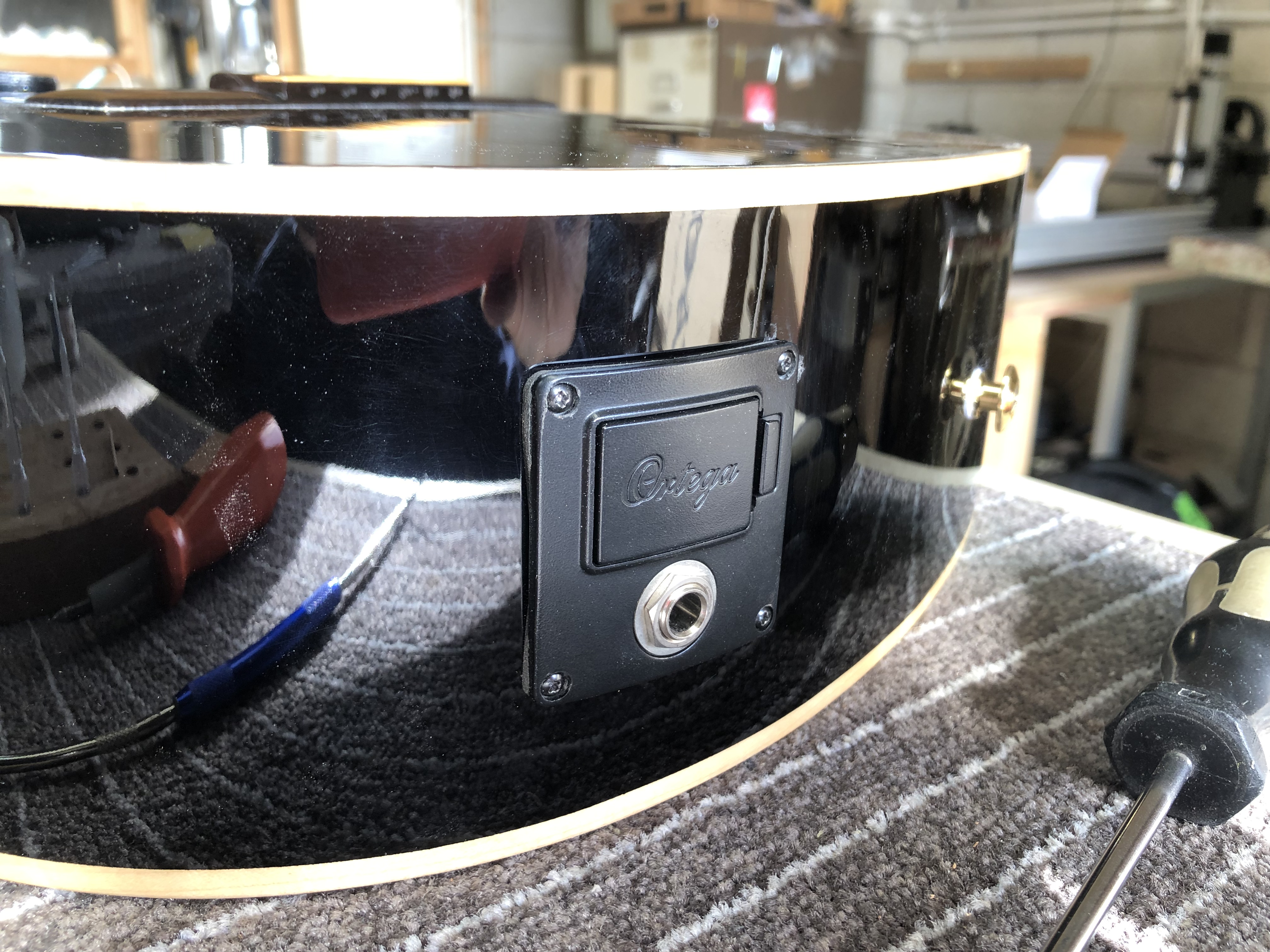 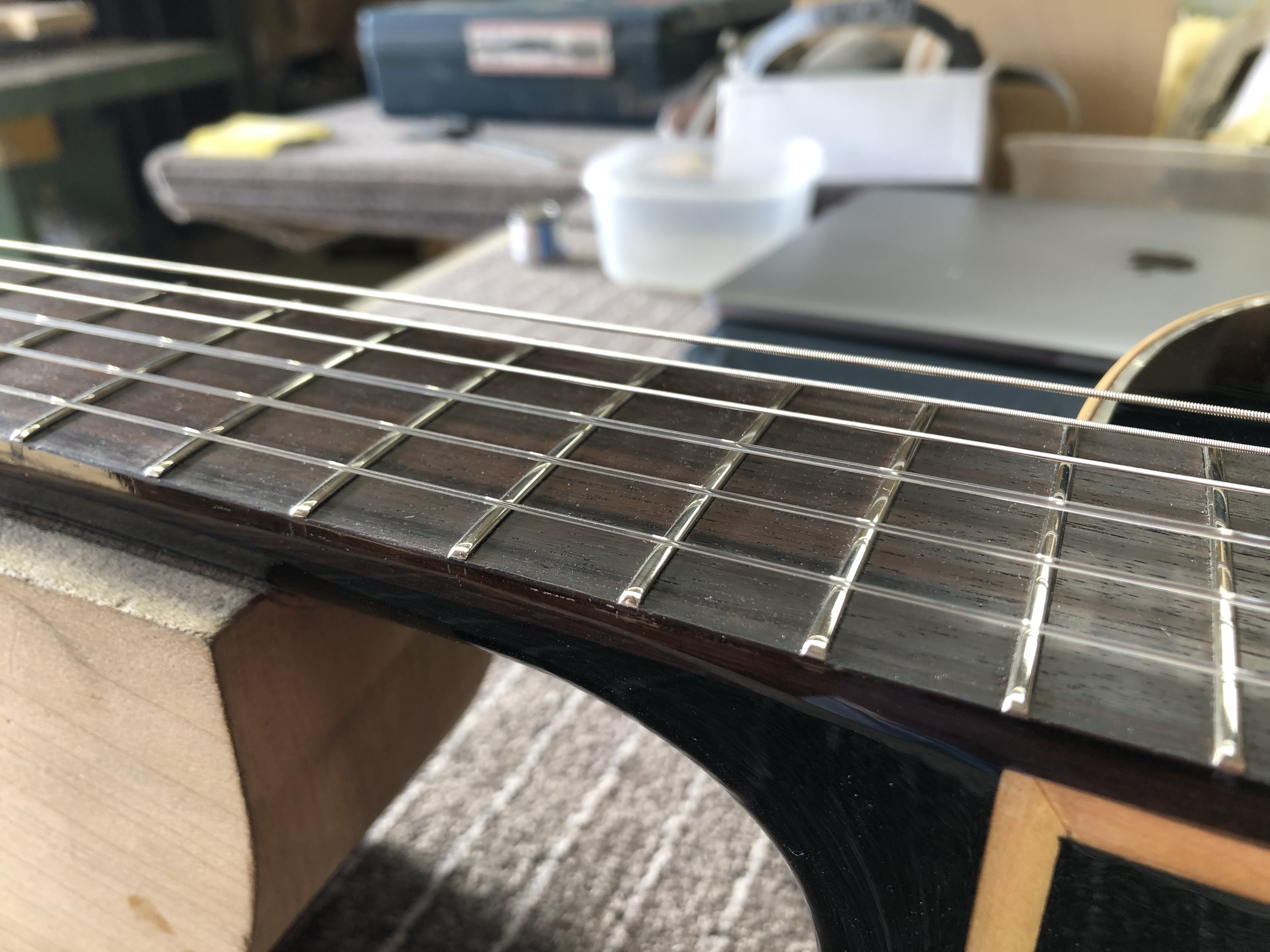 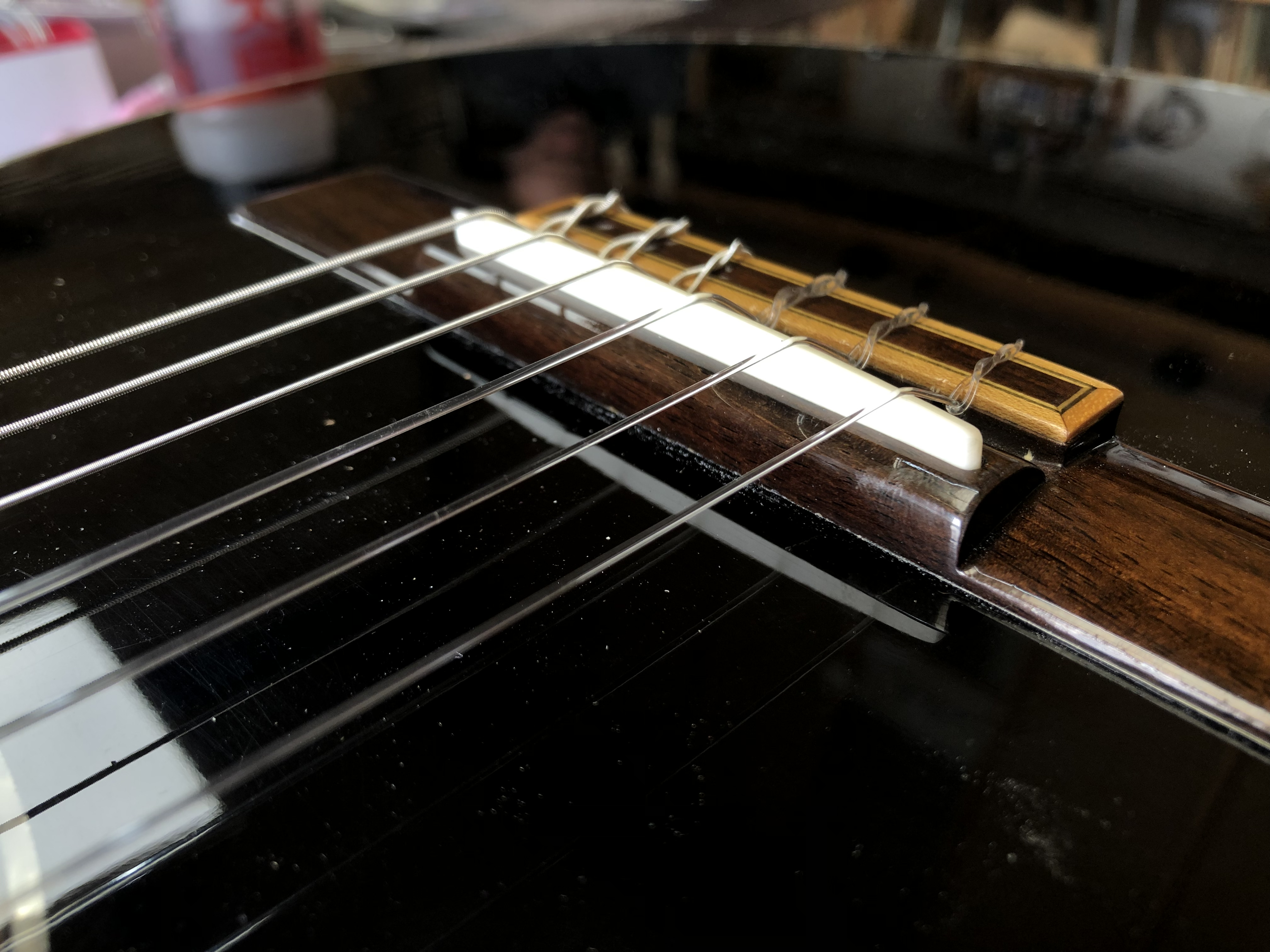 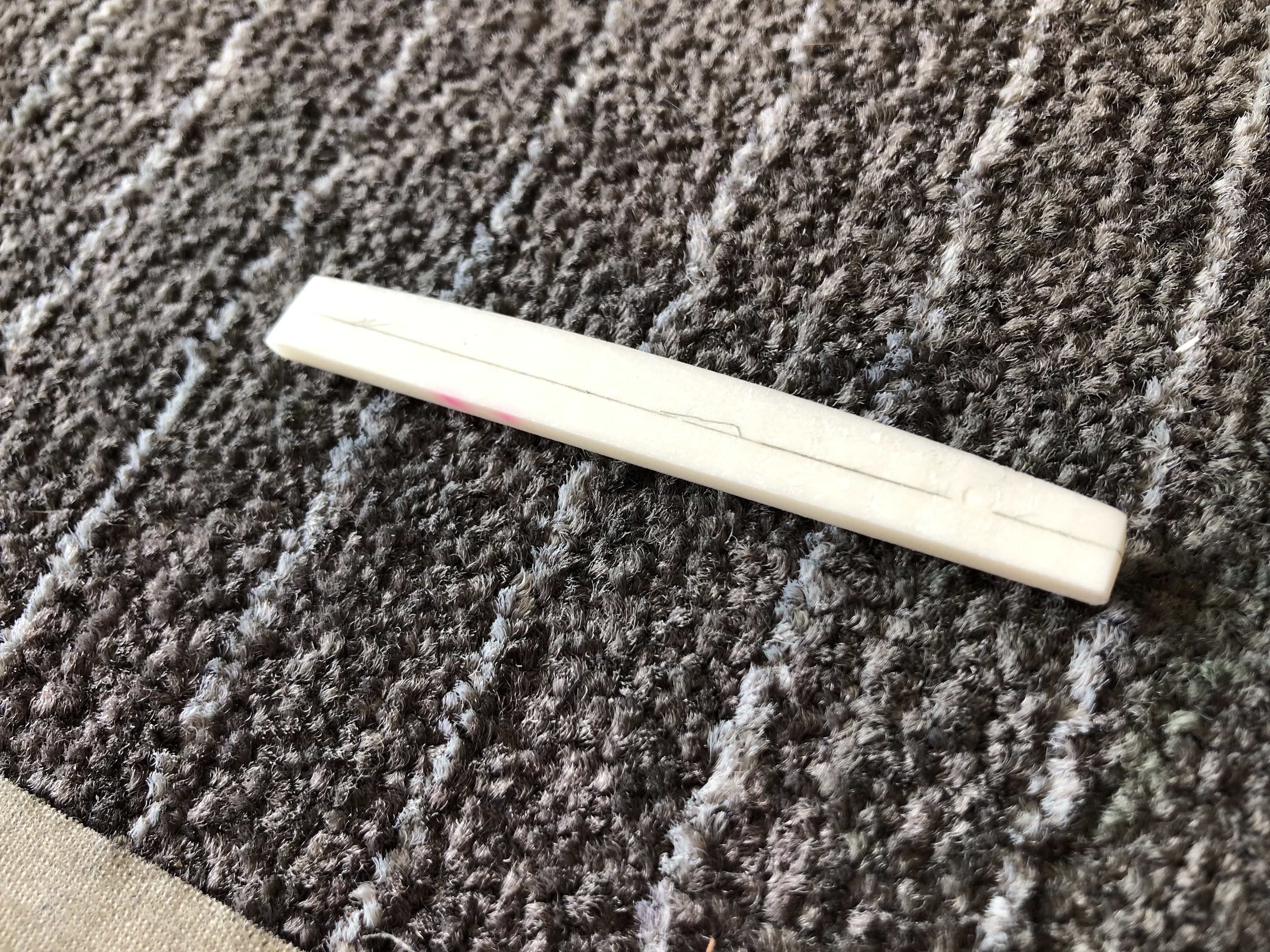 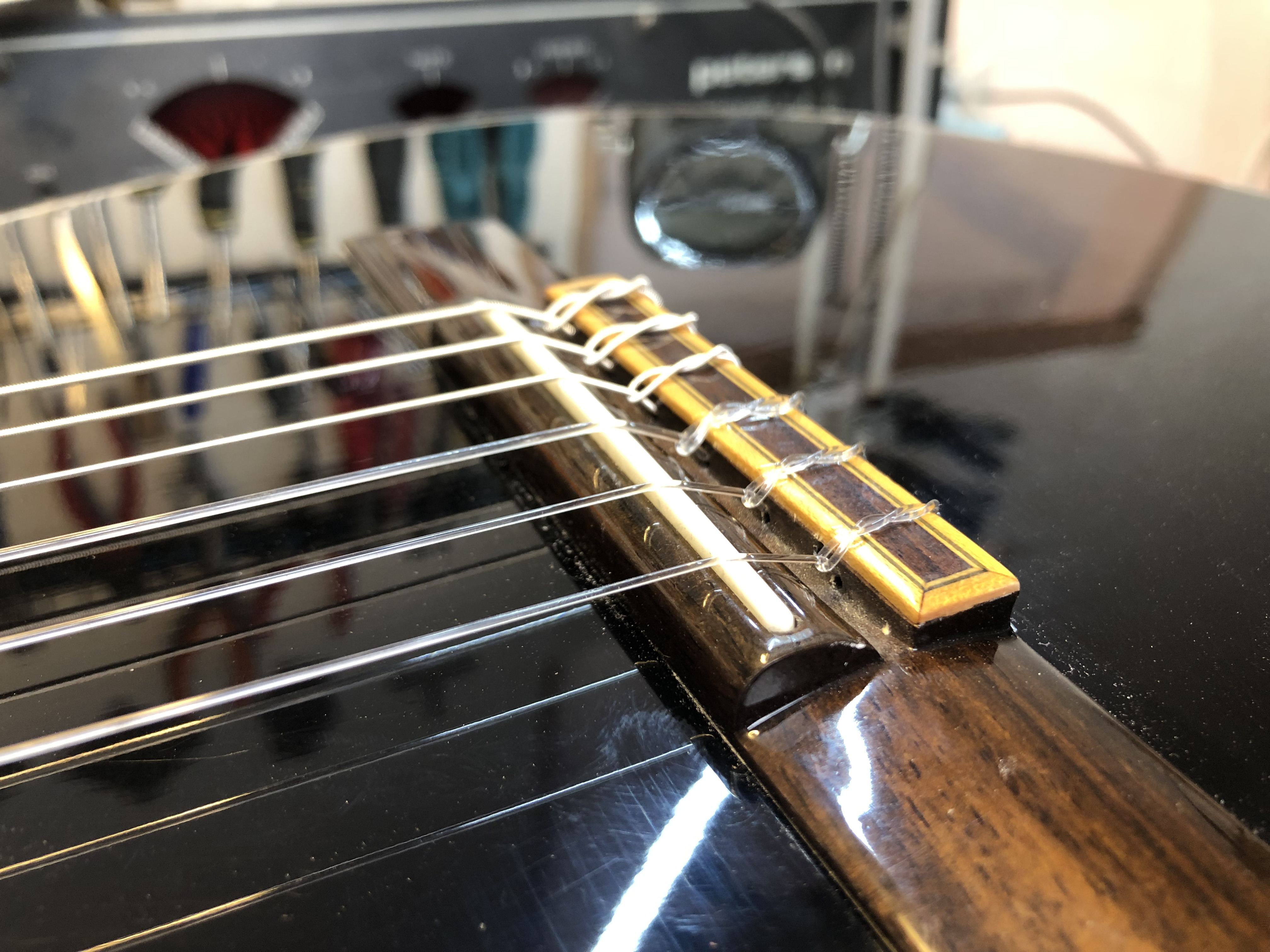 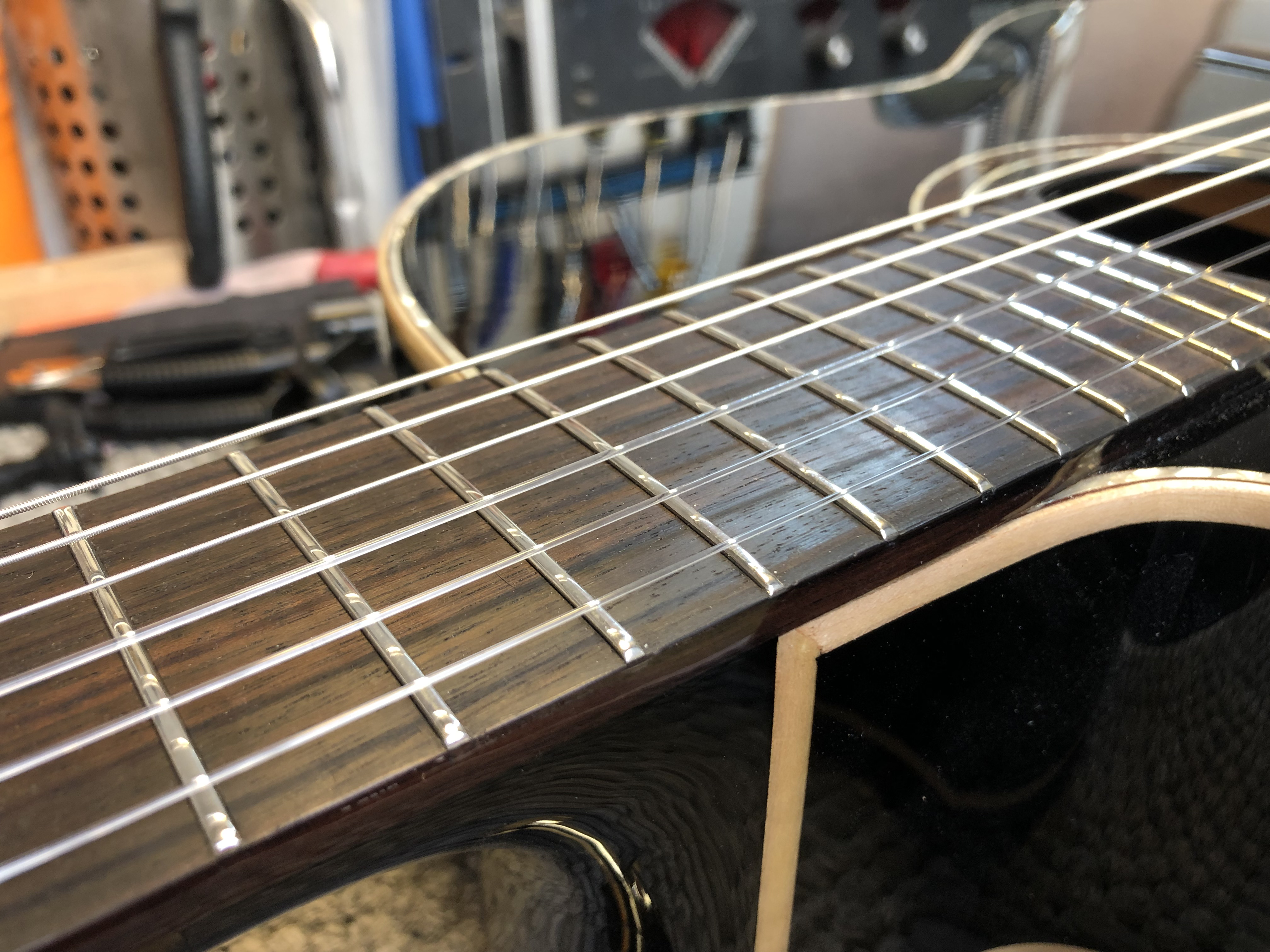 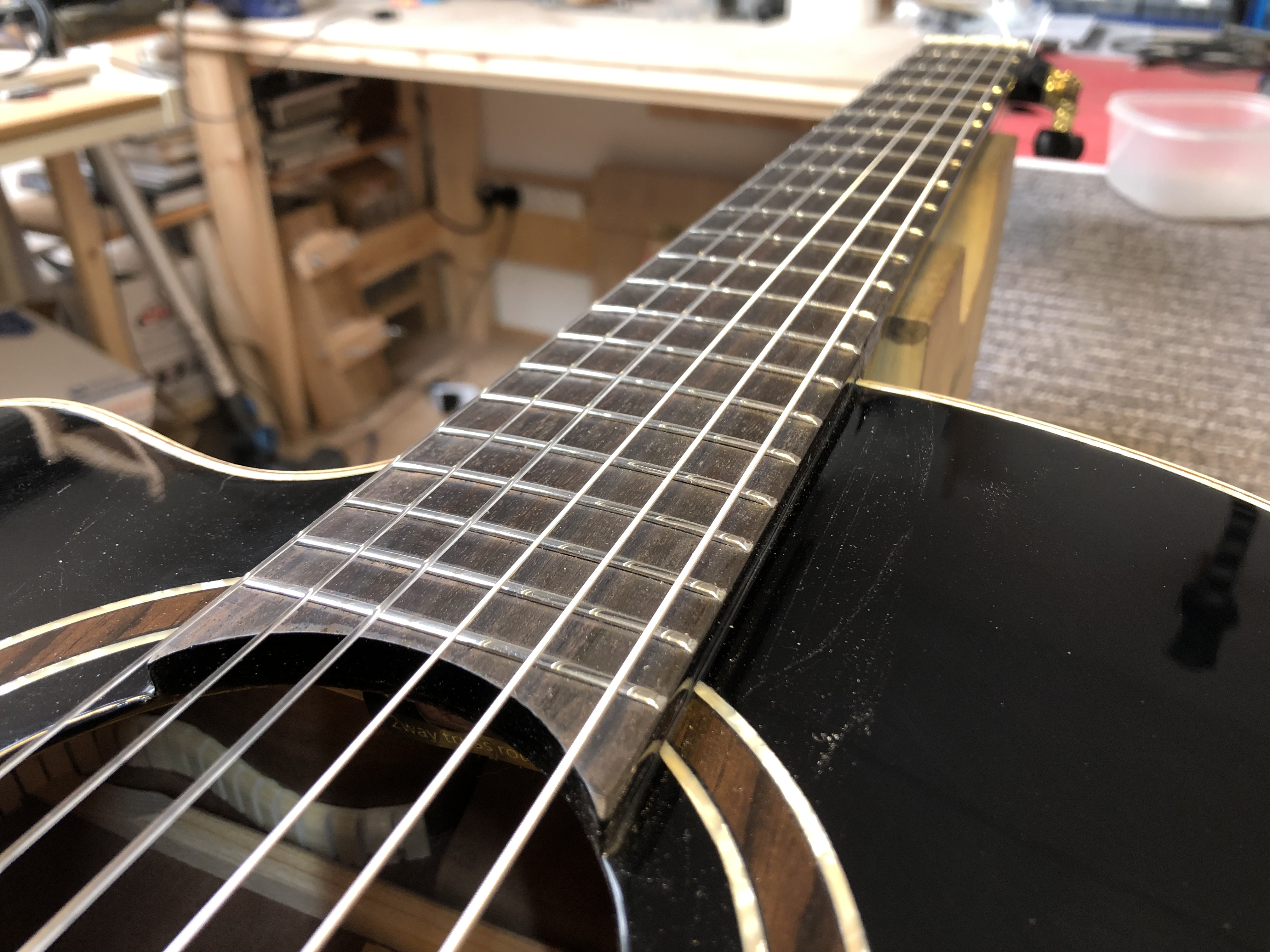 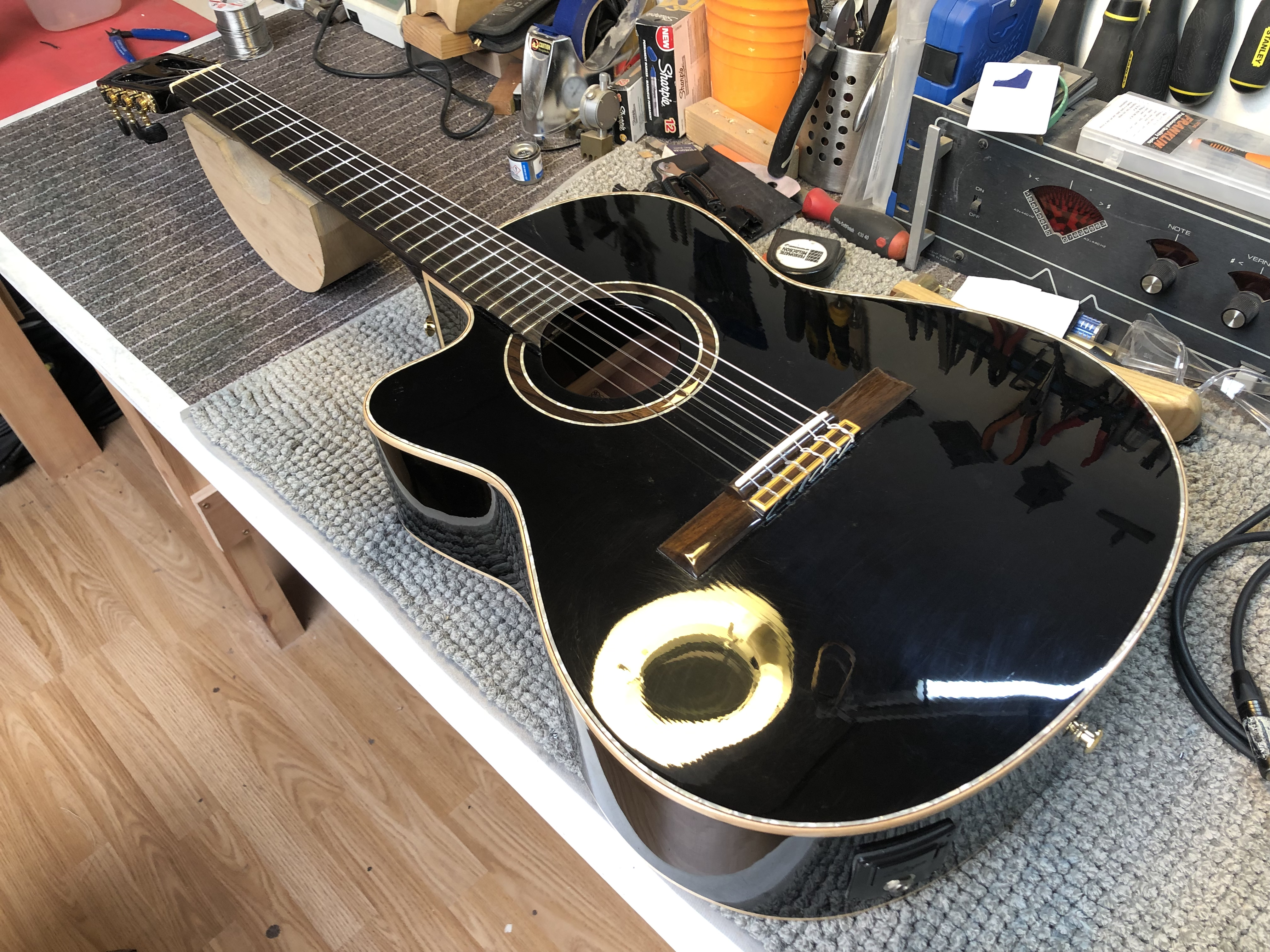