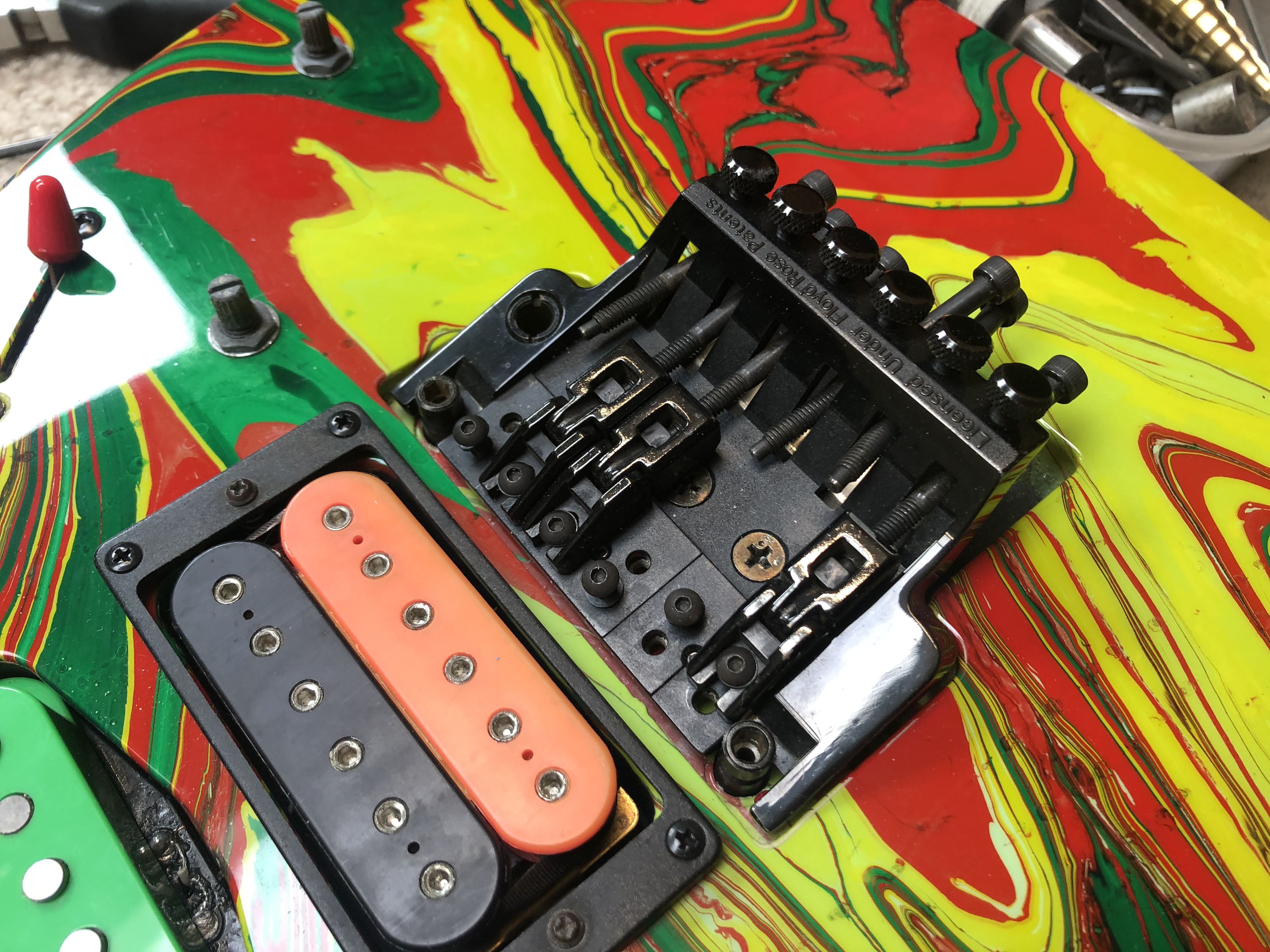 This Ibanez came in for a setup and on inspection needed quite a bit of work. the owner loves a low action so the frets need to be spot on, there were quite a few high spots so I levelled and re-crowned them. The locking nut was set very high and the strings were miles of the board meaning the intonation at the first fret was way off, it also meant the strings would have been going gradually closer to the fretboard which is just wrong. I routed the fingerboard so that the locking nut was lower and now the strings are where they should be.

There were also issues with a few of the saddles where the bottoms had fallen off, meaning that when the strings where taken off the stringing locking block fell through to the bass plate of the trem. I repaired this with some plastic which is good enough to stop the blocks from falling.

The middle pickup also sounded out of phase and it looked like the wires had been replaced at some point. One wire was bear meaning that I couldn’t just swap them to sort the phase issue so I had to replace it. I swapped them round but the pickup still sounds weak, in phase but weak. I wonder if more damage has been done when it was originally repaired? 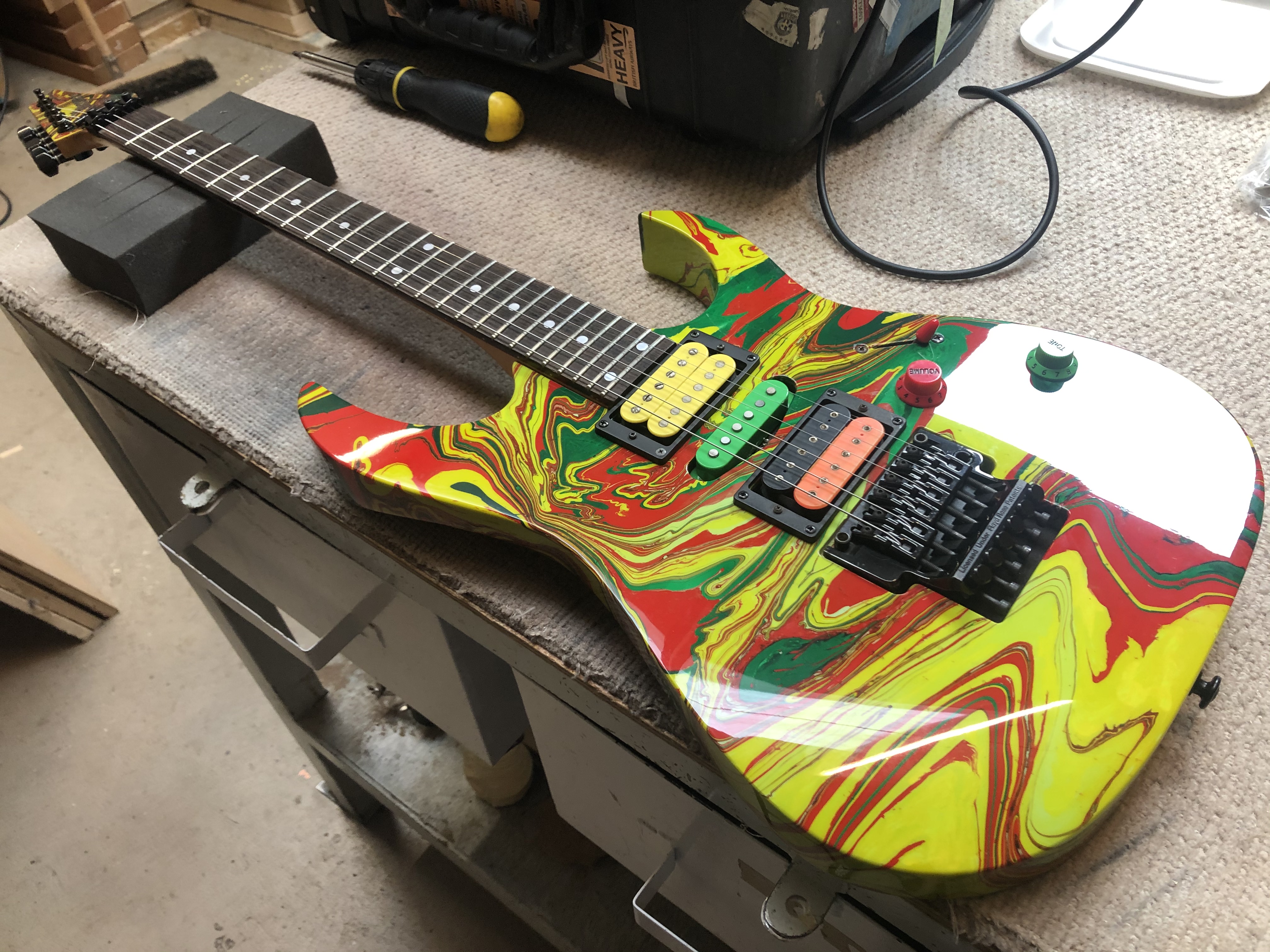 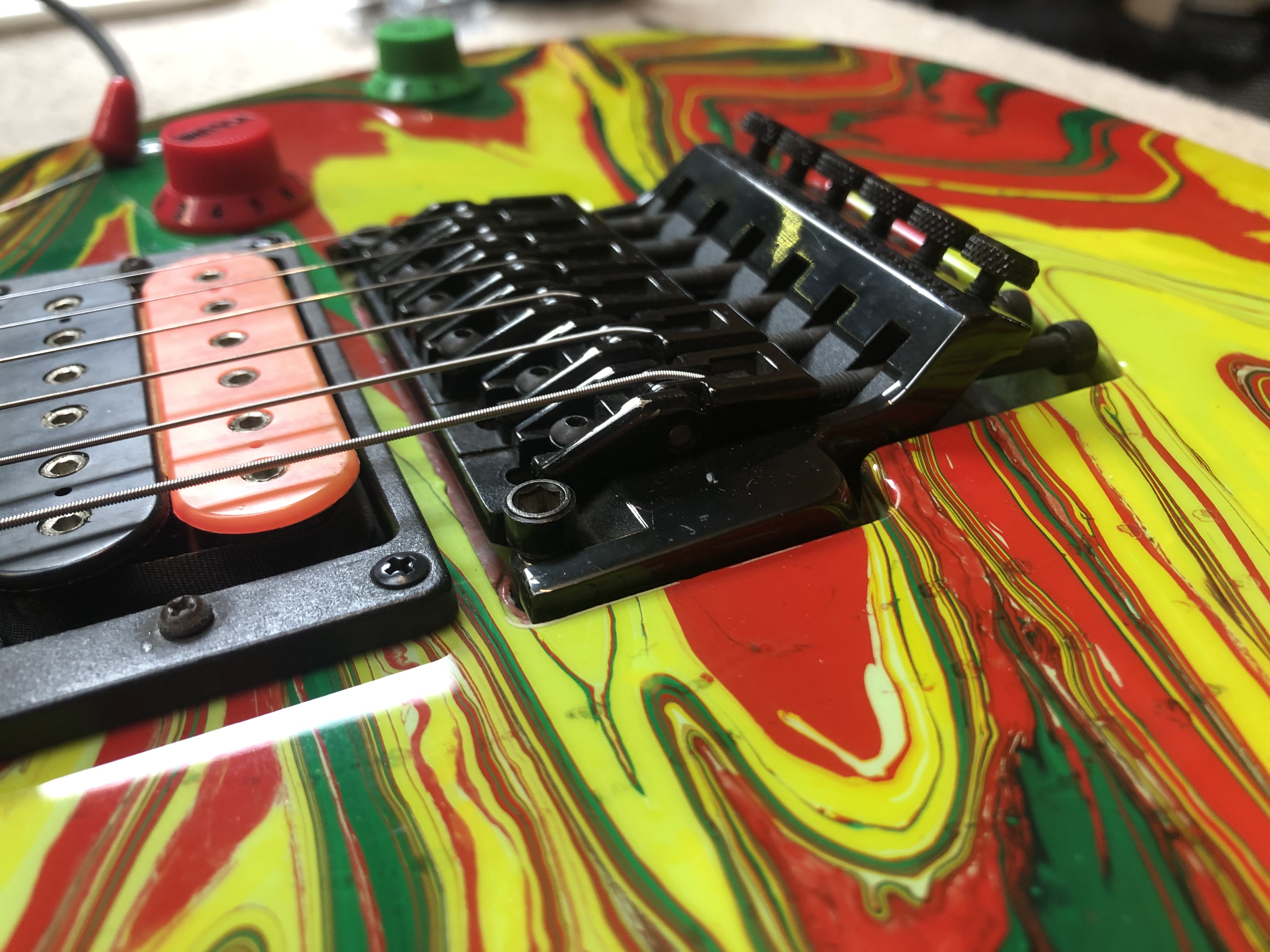 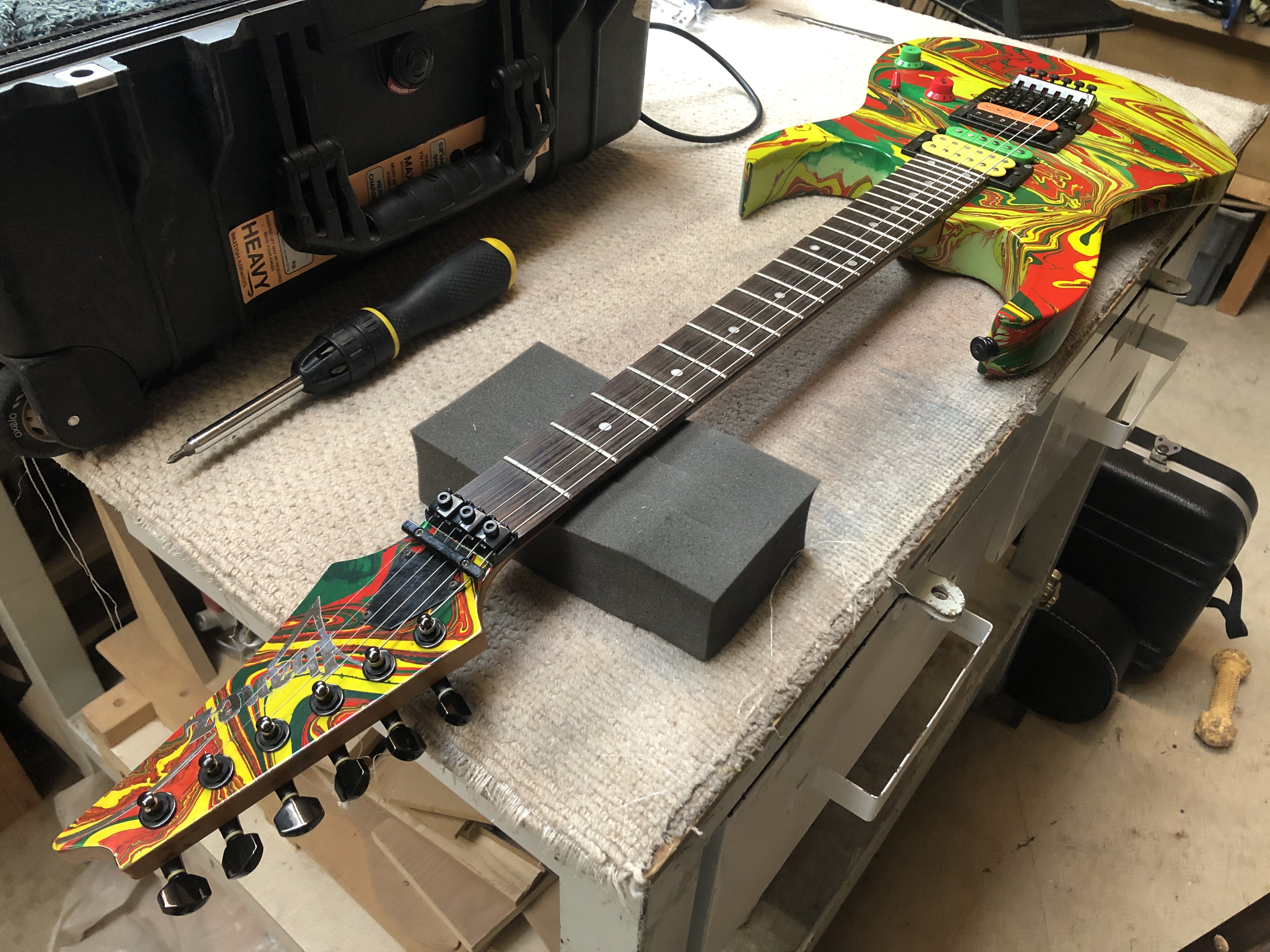 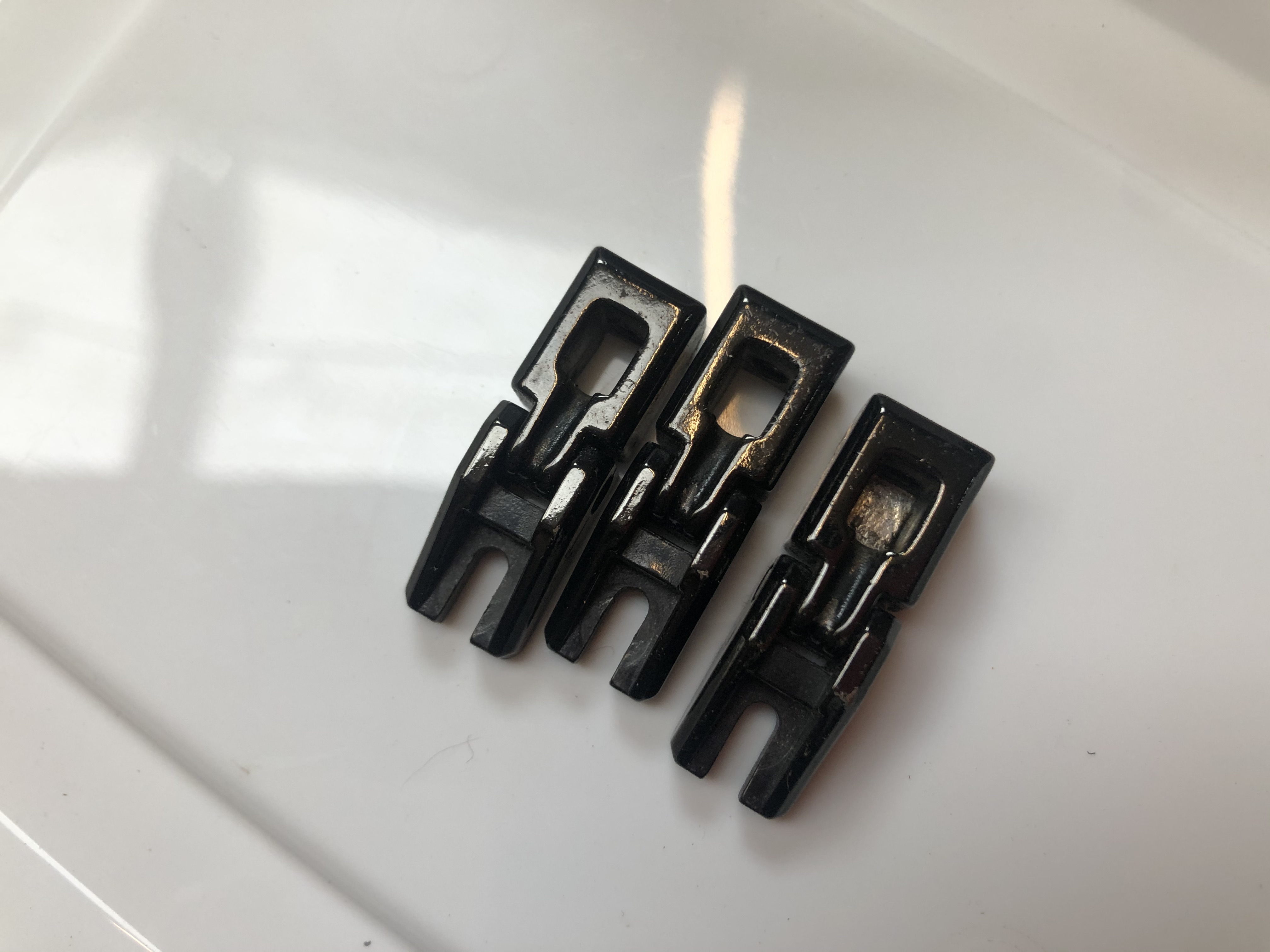 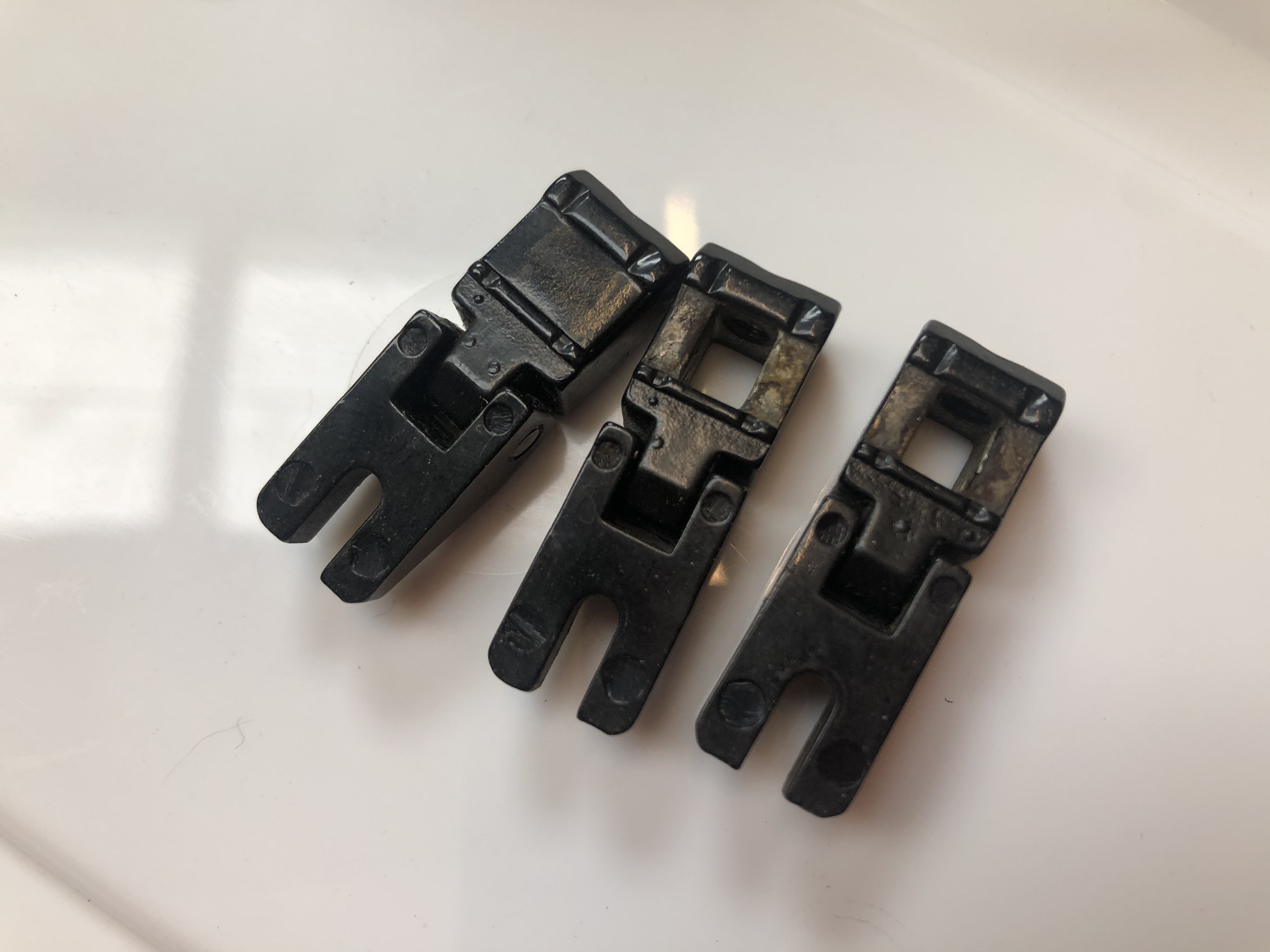 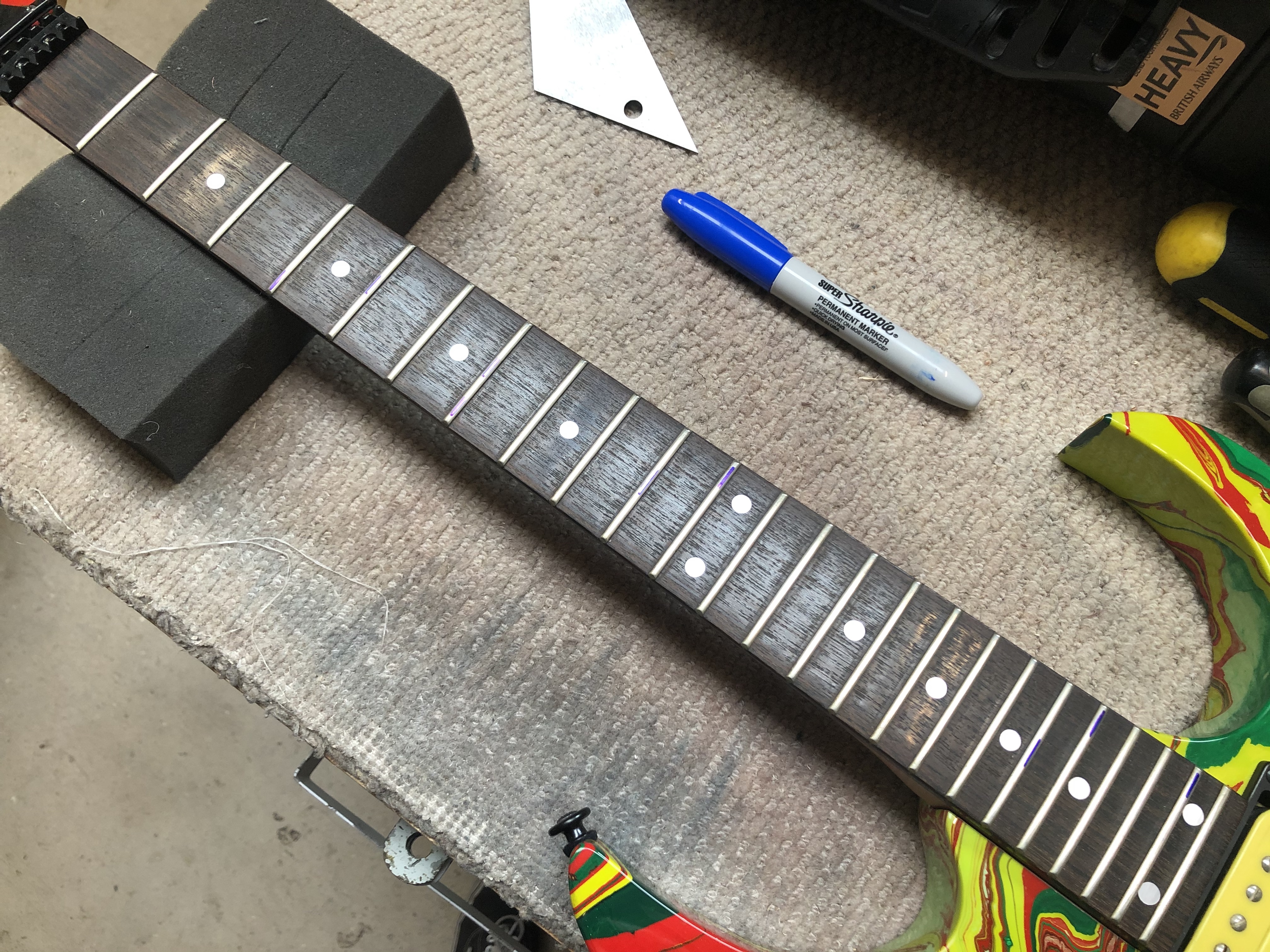 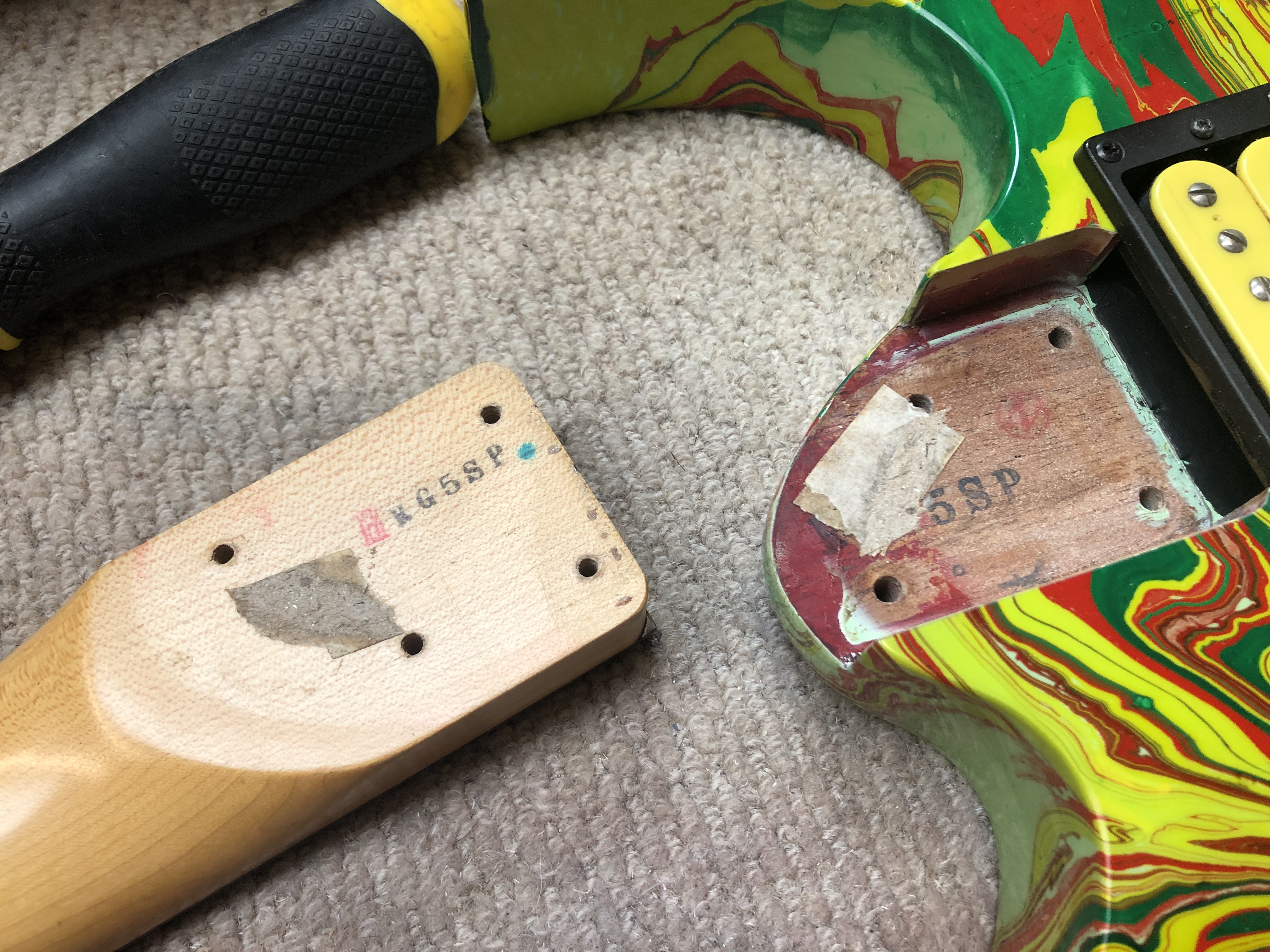 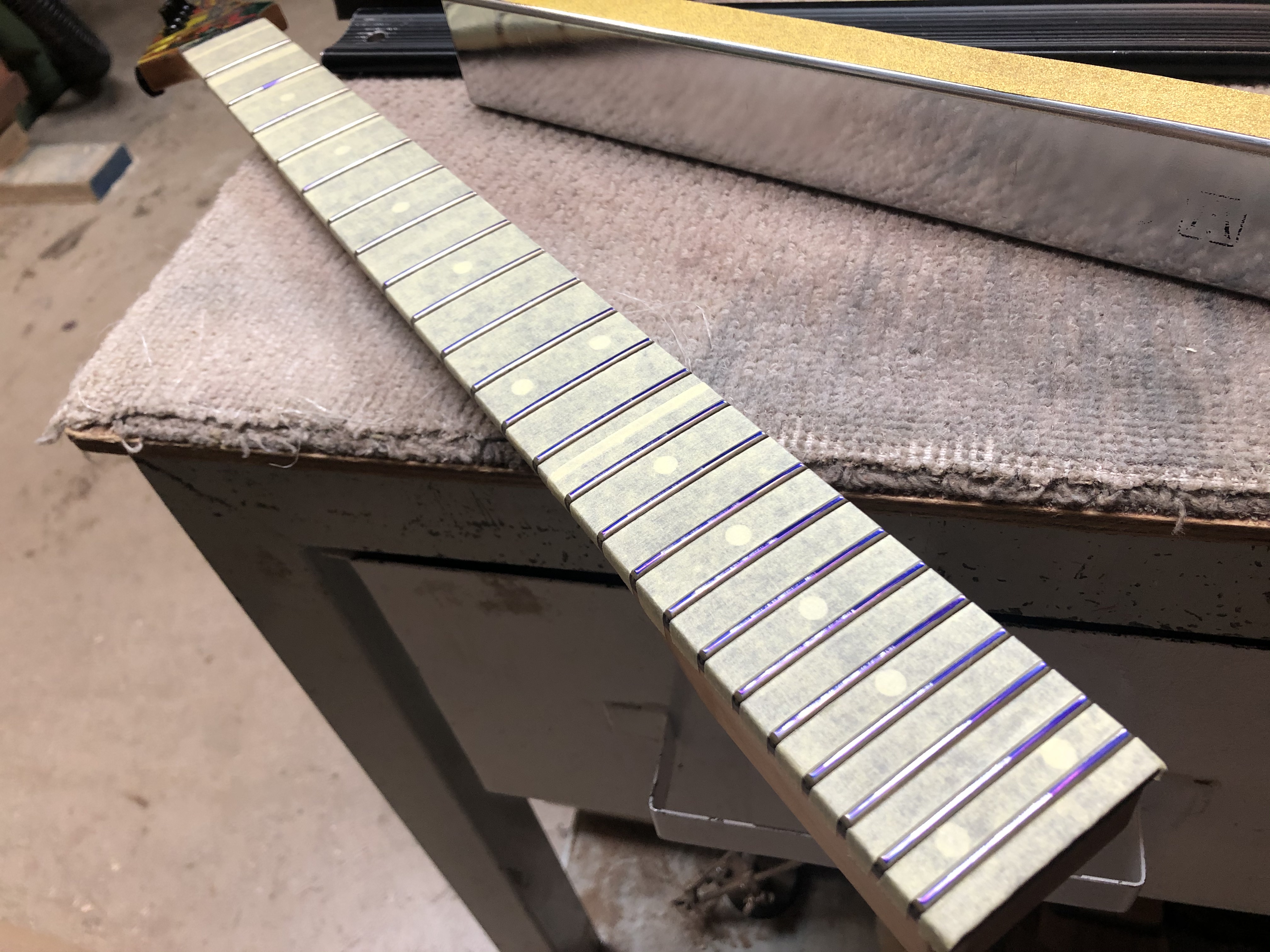 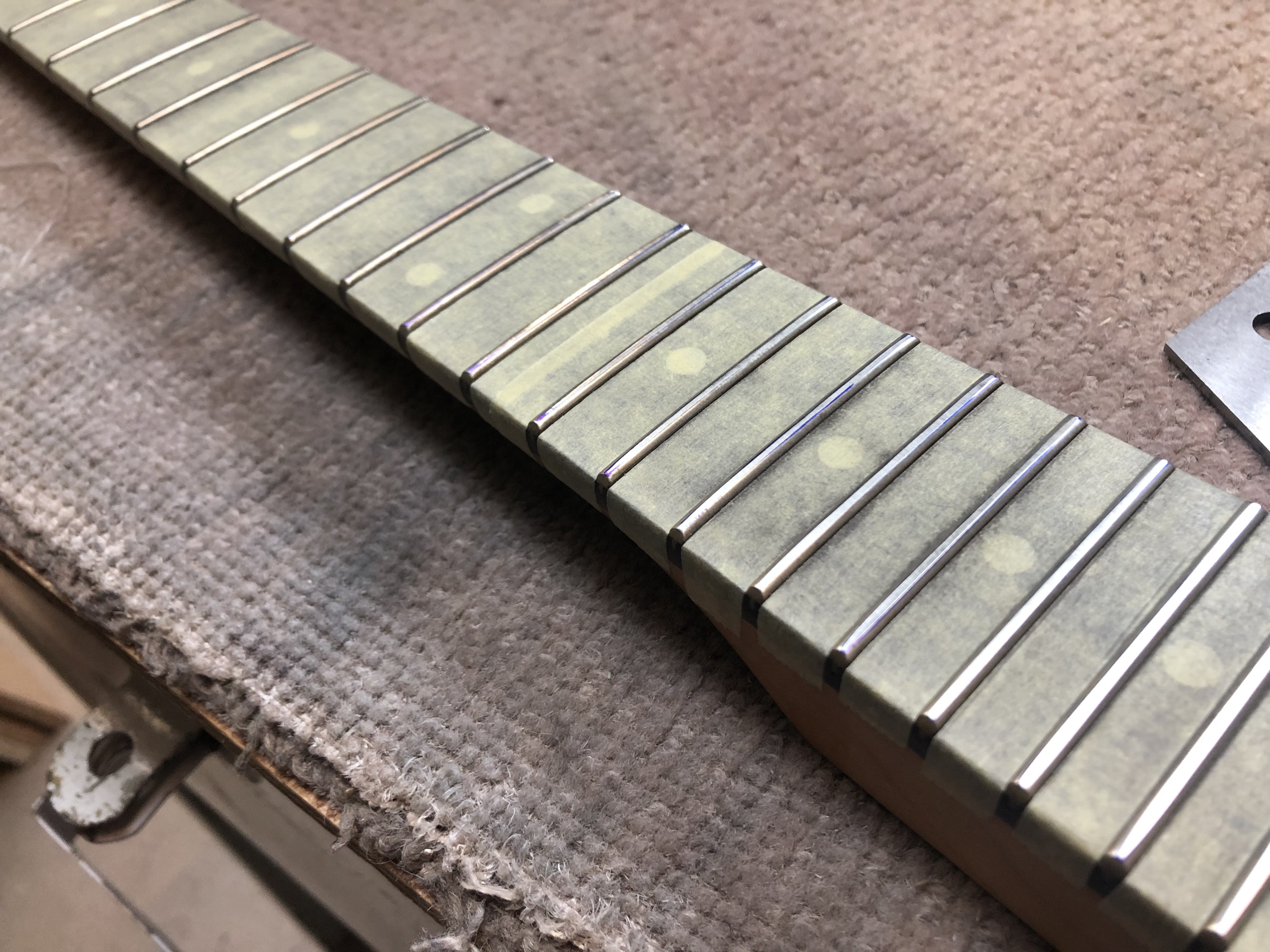 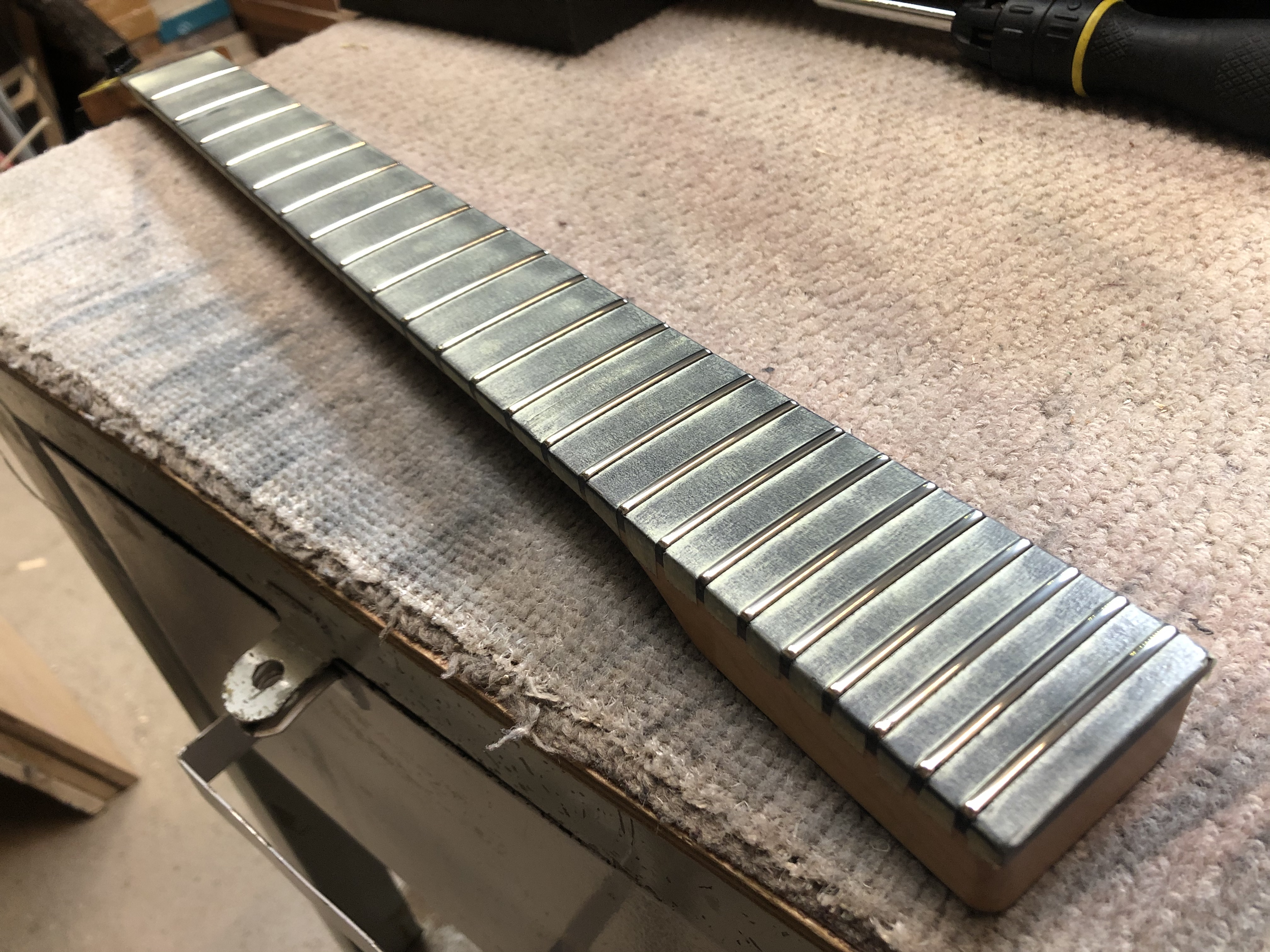 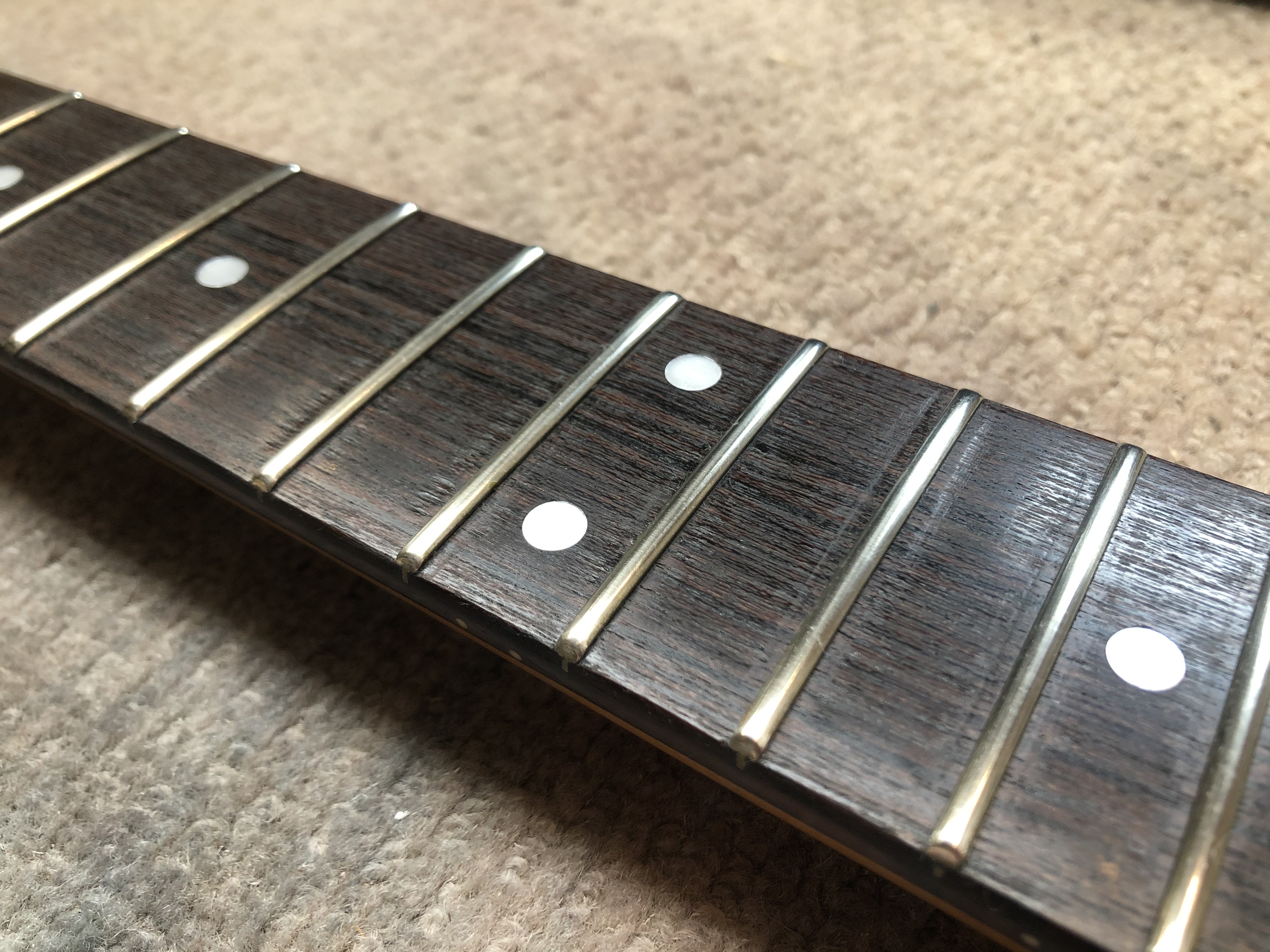 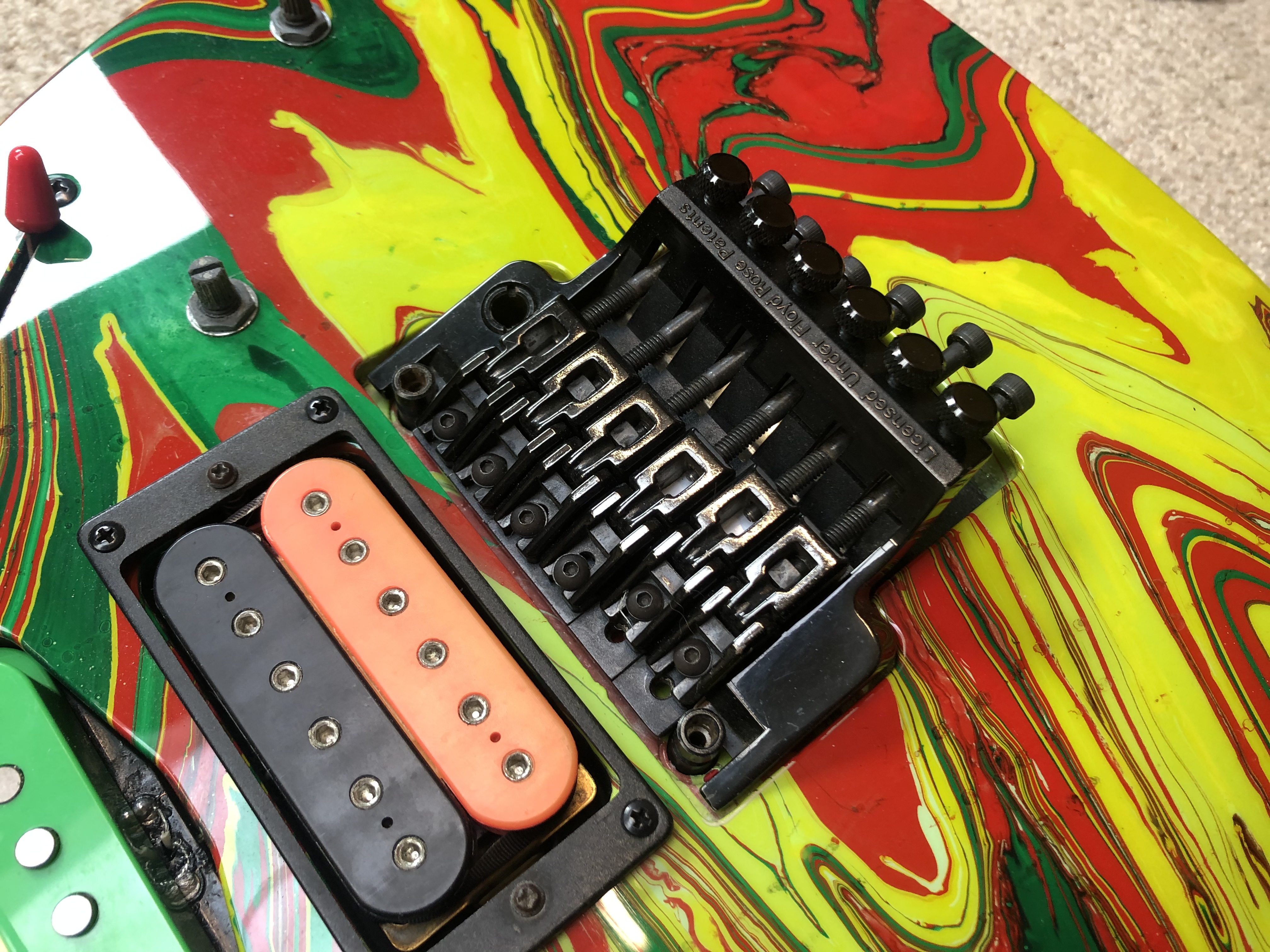 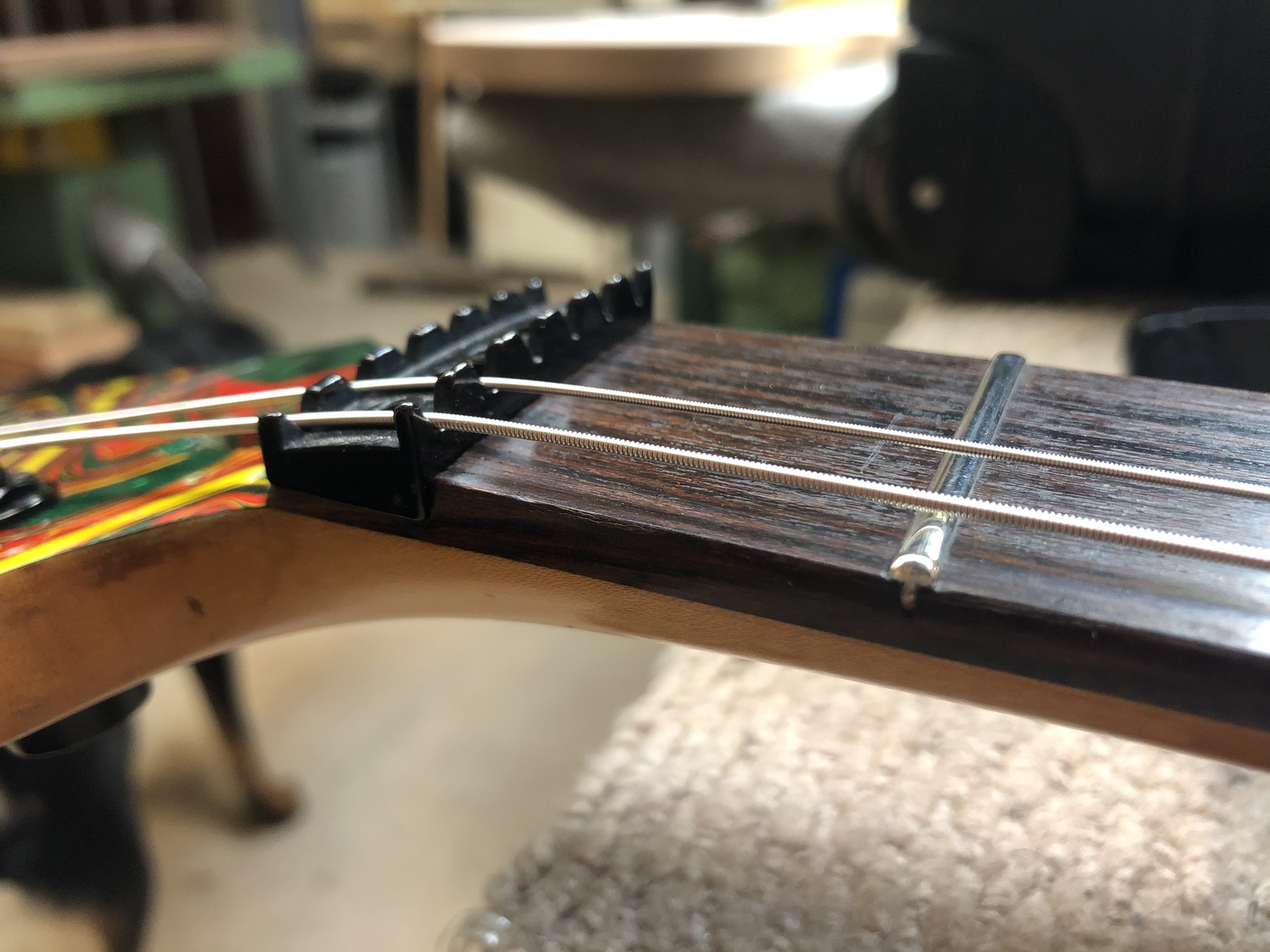 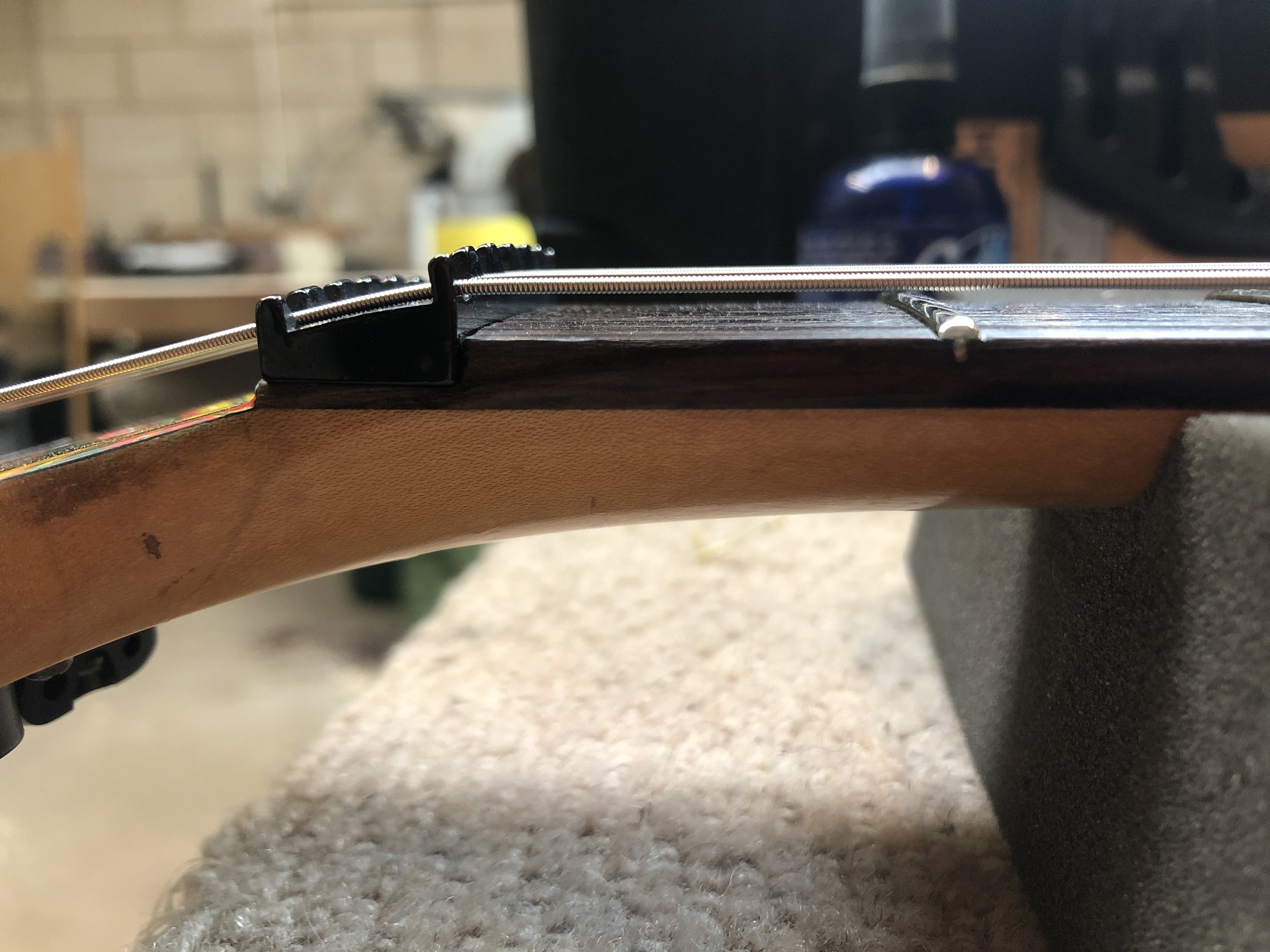 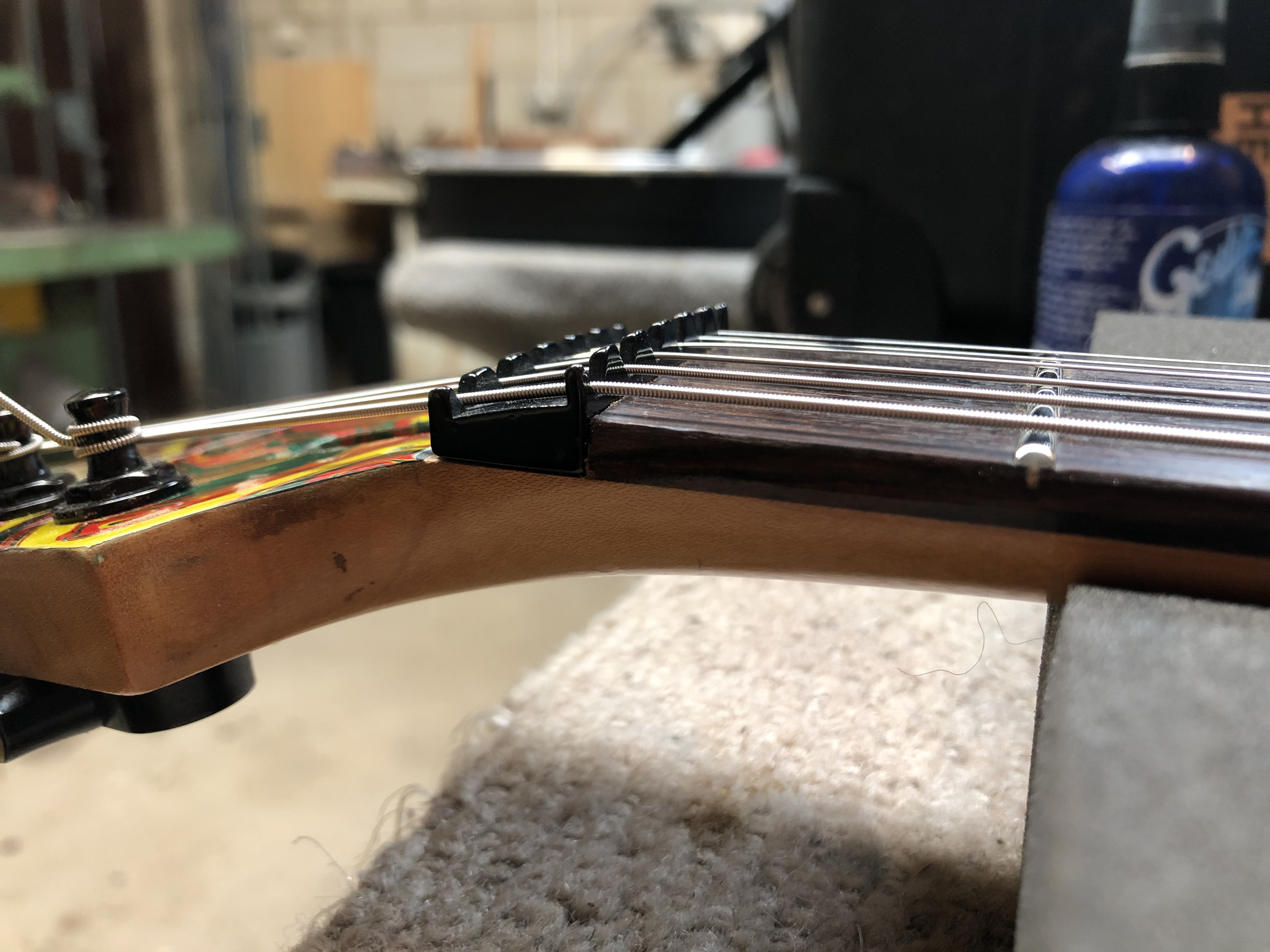 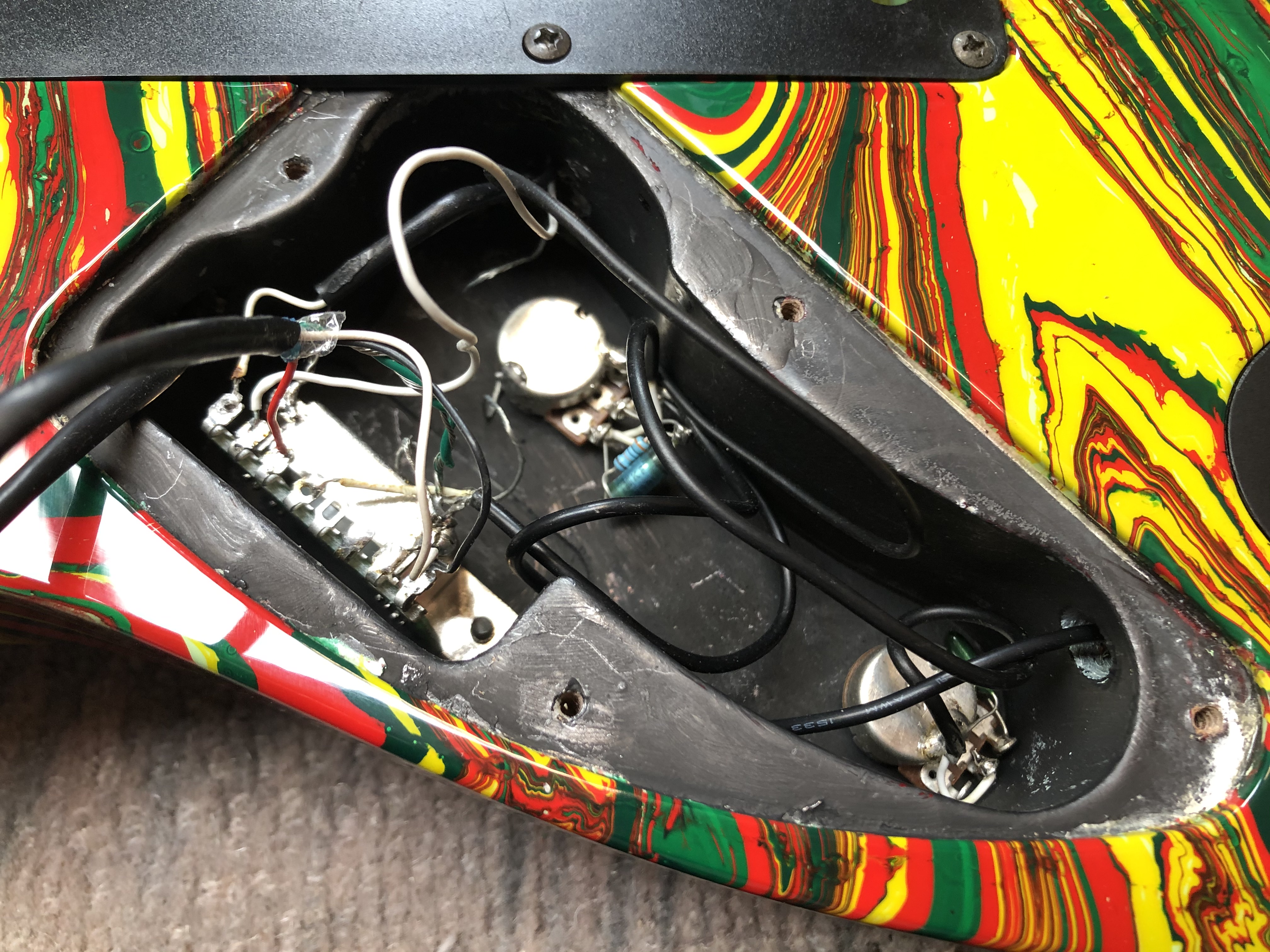 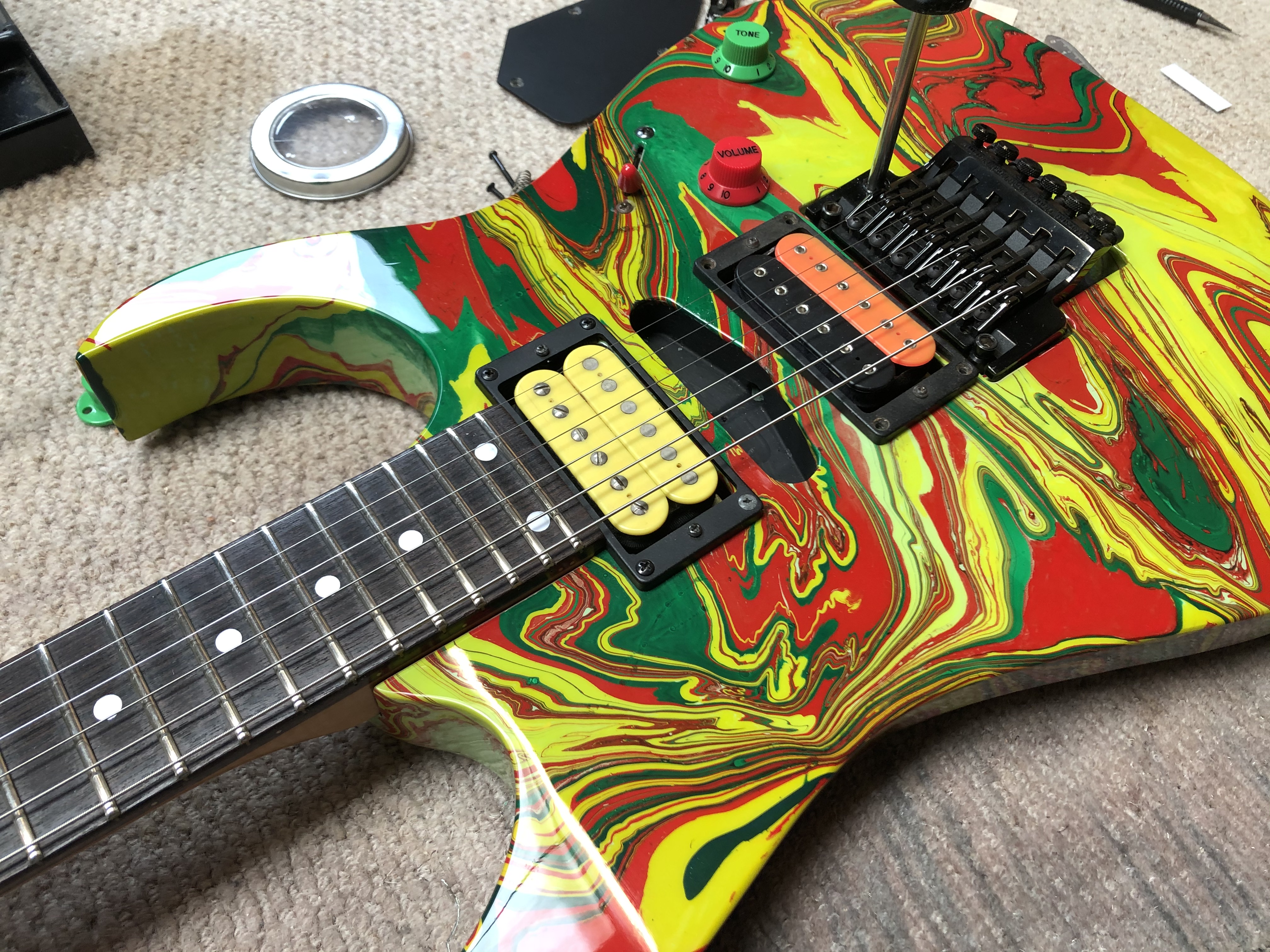 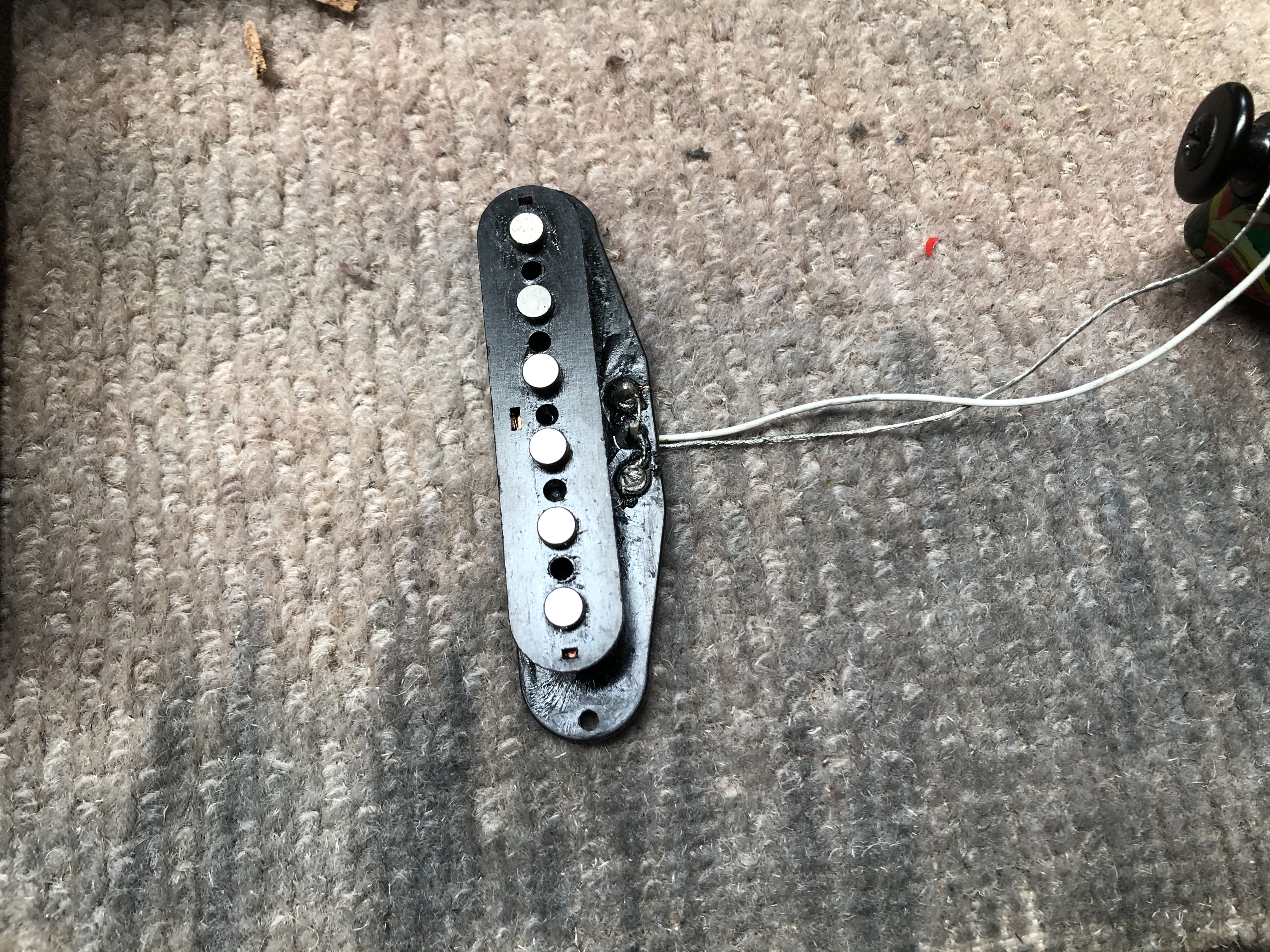 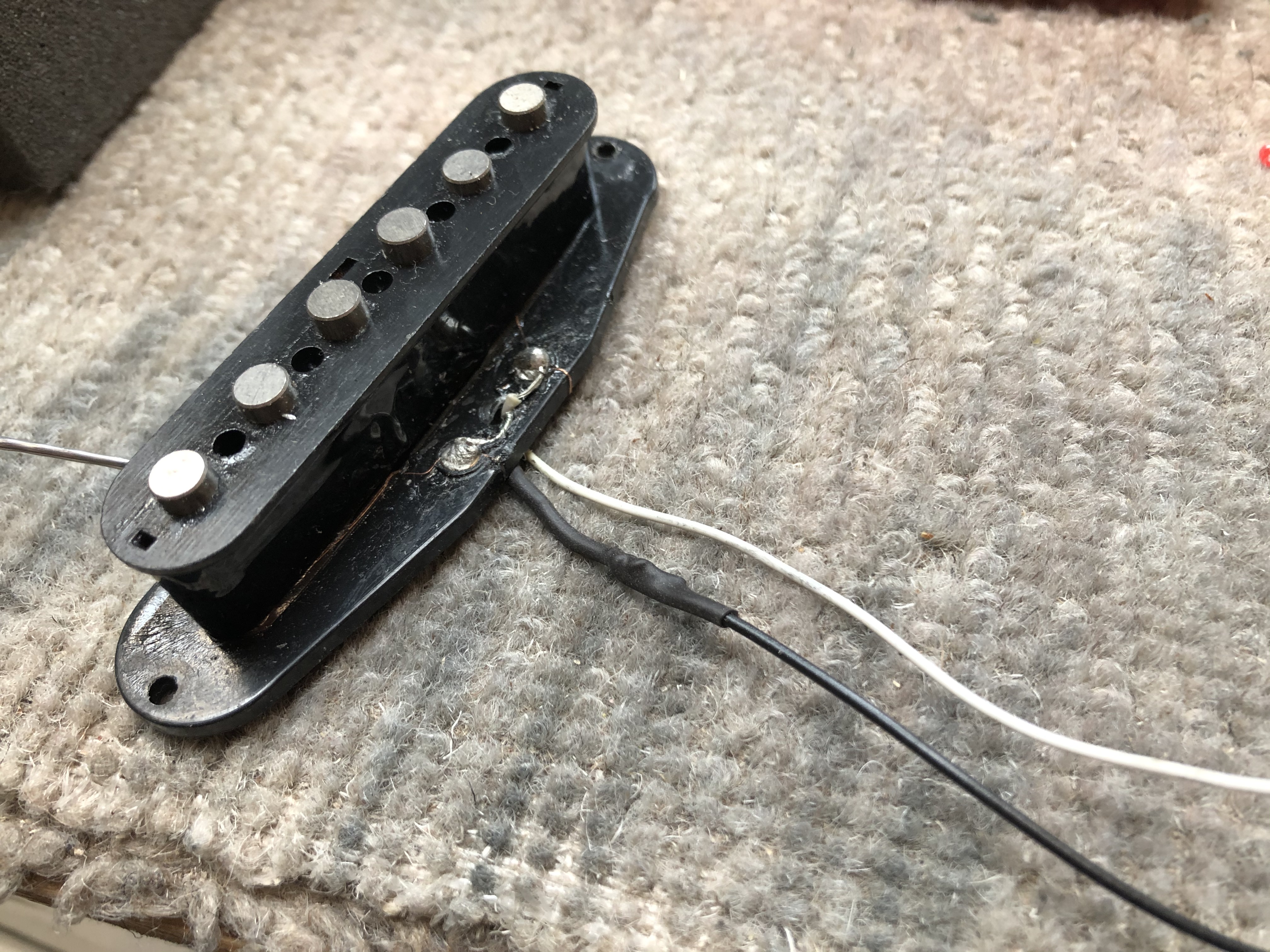 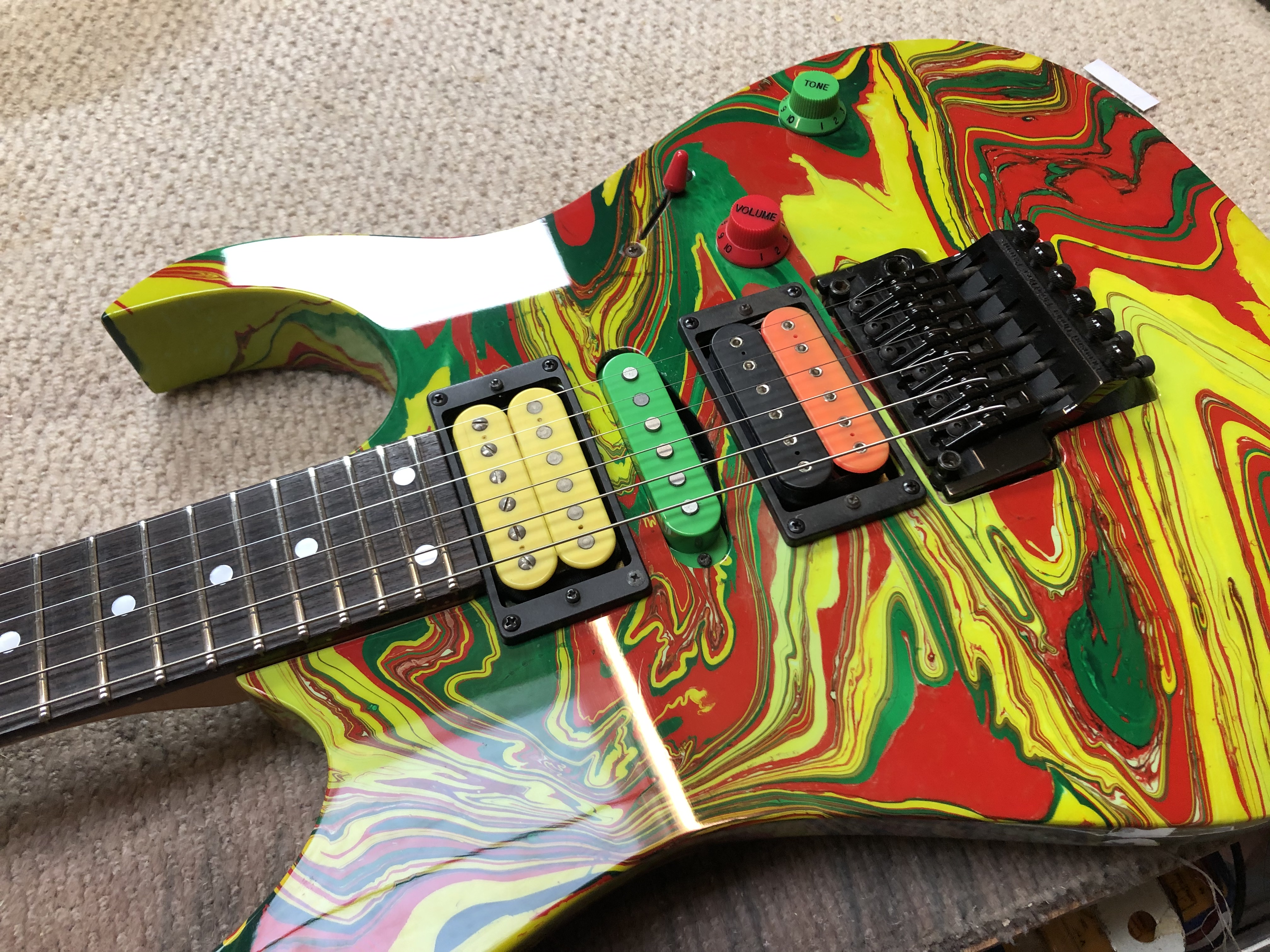 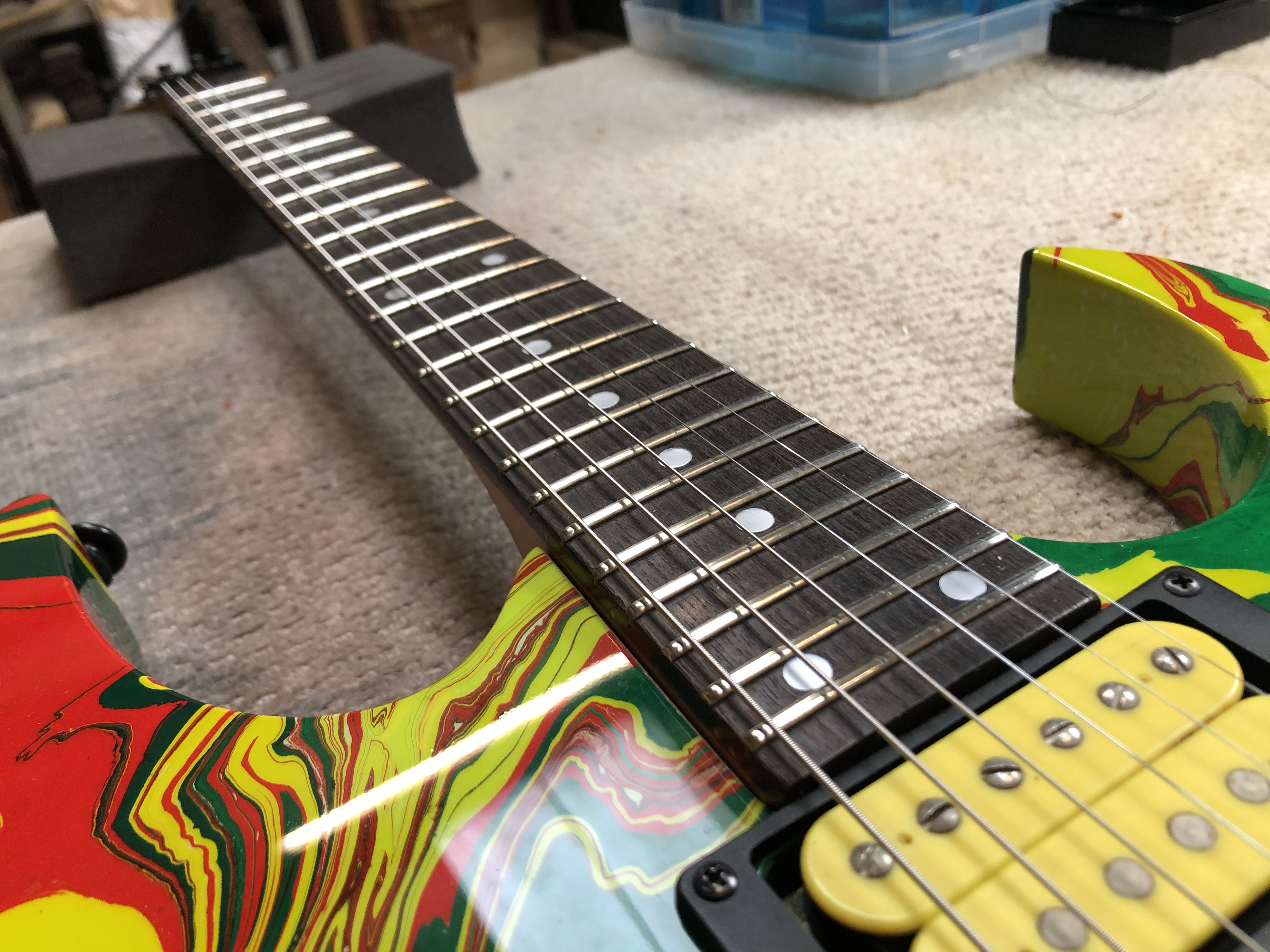 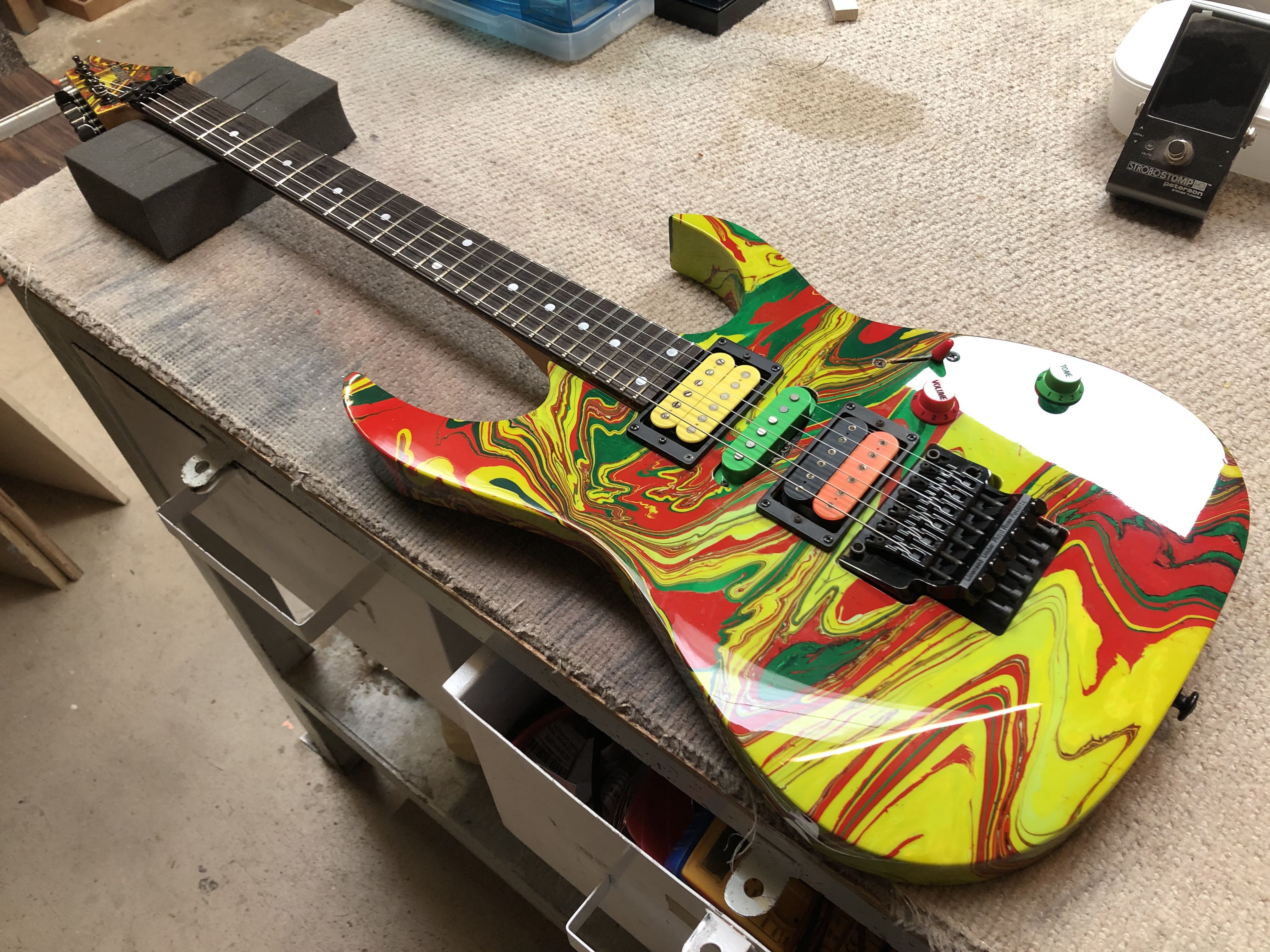