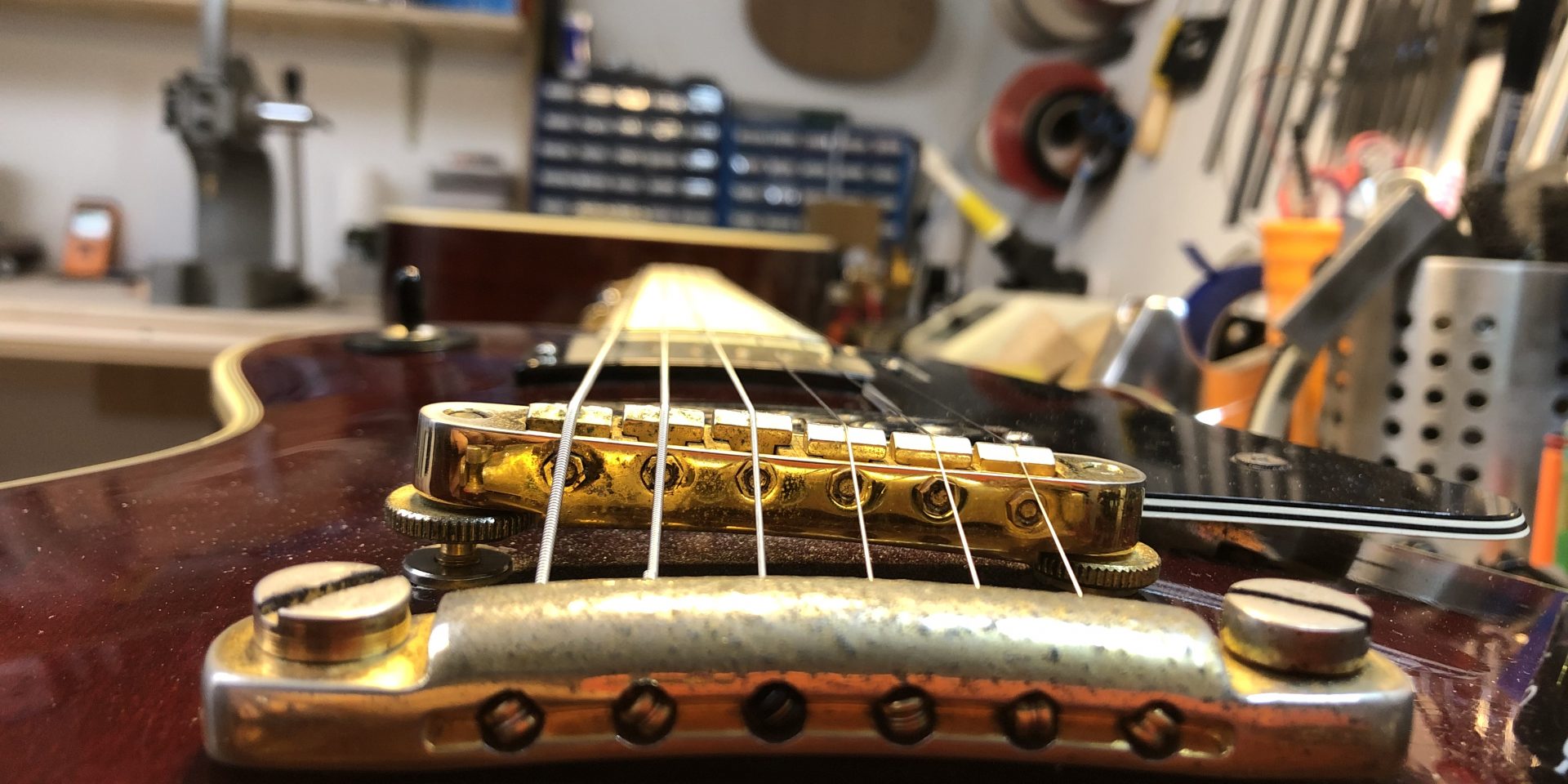 This ’76 Custom came in with the owner (a good friend of mine) complaining that the low E had “died”. There were a couple of other issues (the bright looked odd, the owner felt the neck had moved a bit and the nut was cut too low) so I set to work giving it a good going over to see if there was anything else going on.

As I said, the nut was too low which was causing the string to crap out, the neck seemed fine though and the truss rod worked. The bridge was not original and had sunk in the middle, quite common on Gibsons, plus the saddles were well cut and worn. I figured a fret level would sort any issues on the fretboard, and as the guitar had been re-fretted at some point there was plenty of fret to play with. This would also give us a chance to re-use the nut as the frets would be lower. I also thought it was time for a new bridge so I swapped like for like with a Gotoh one.

The frets came up great and the nut was just useable. the new bridge needed a little work to get it where it should be but finally looked “right” and felt good to play. 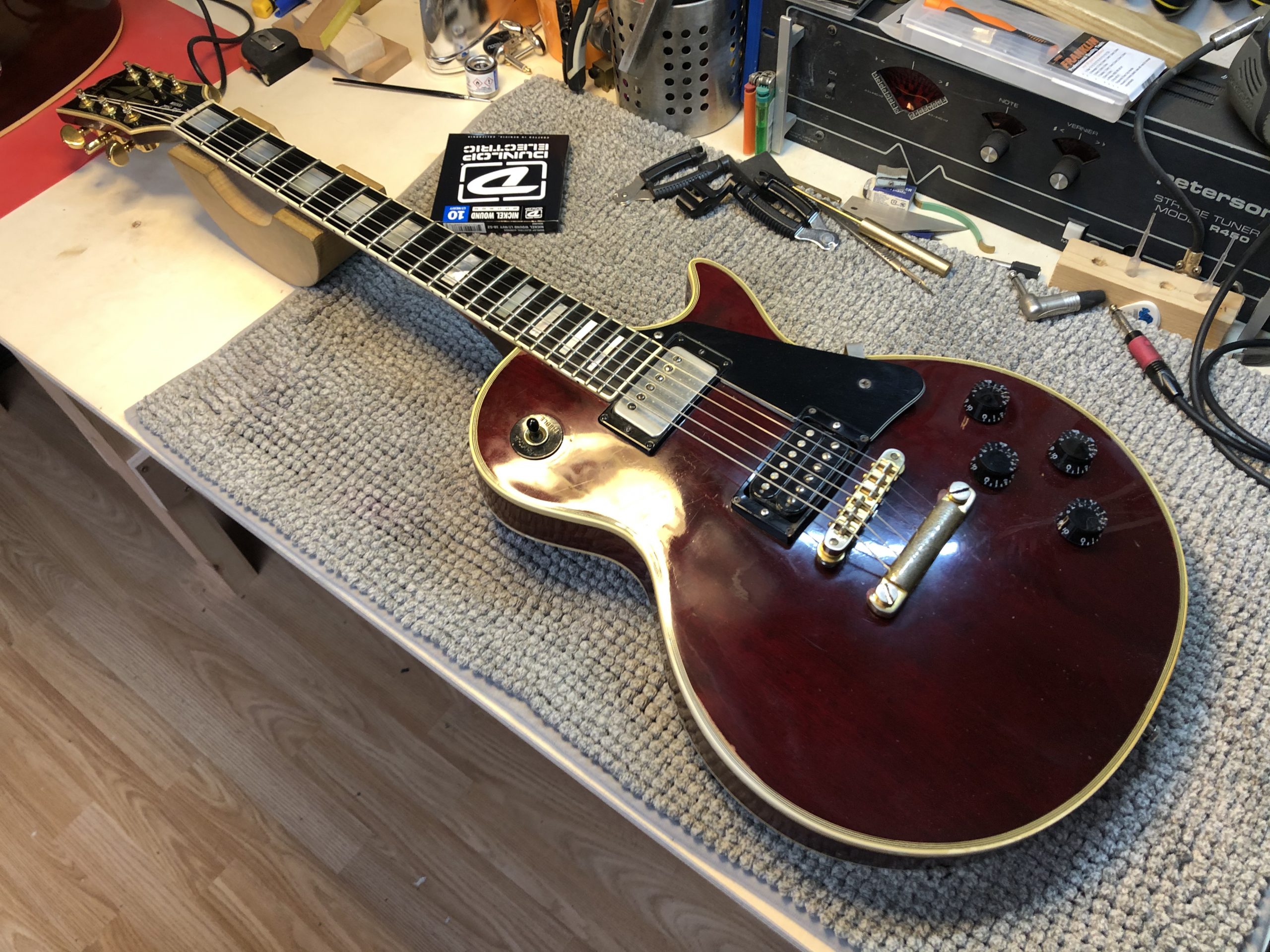 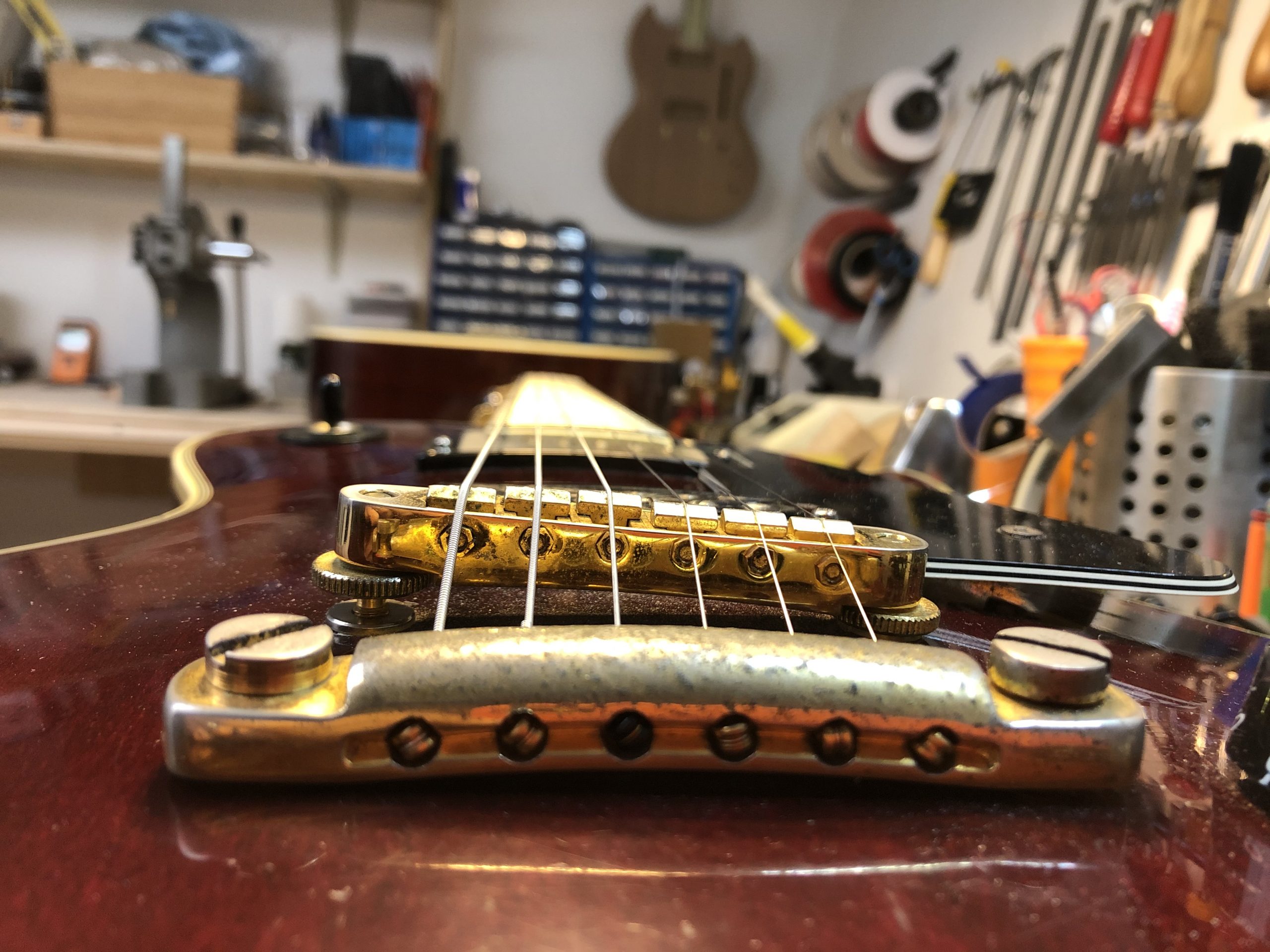 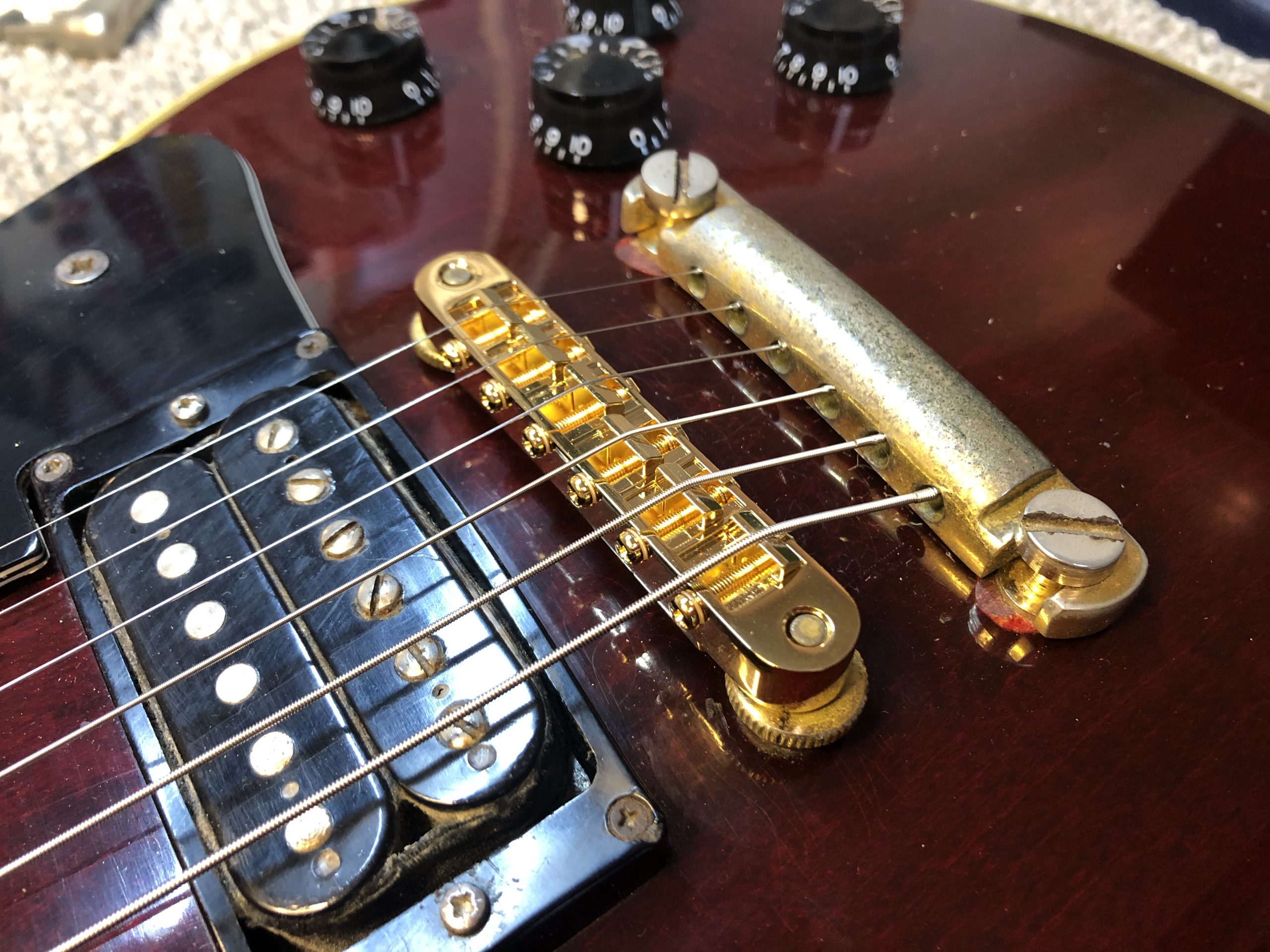 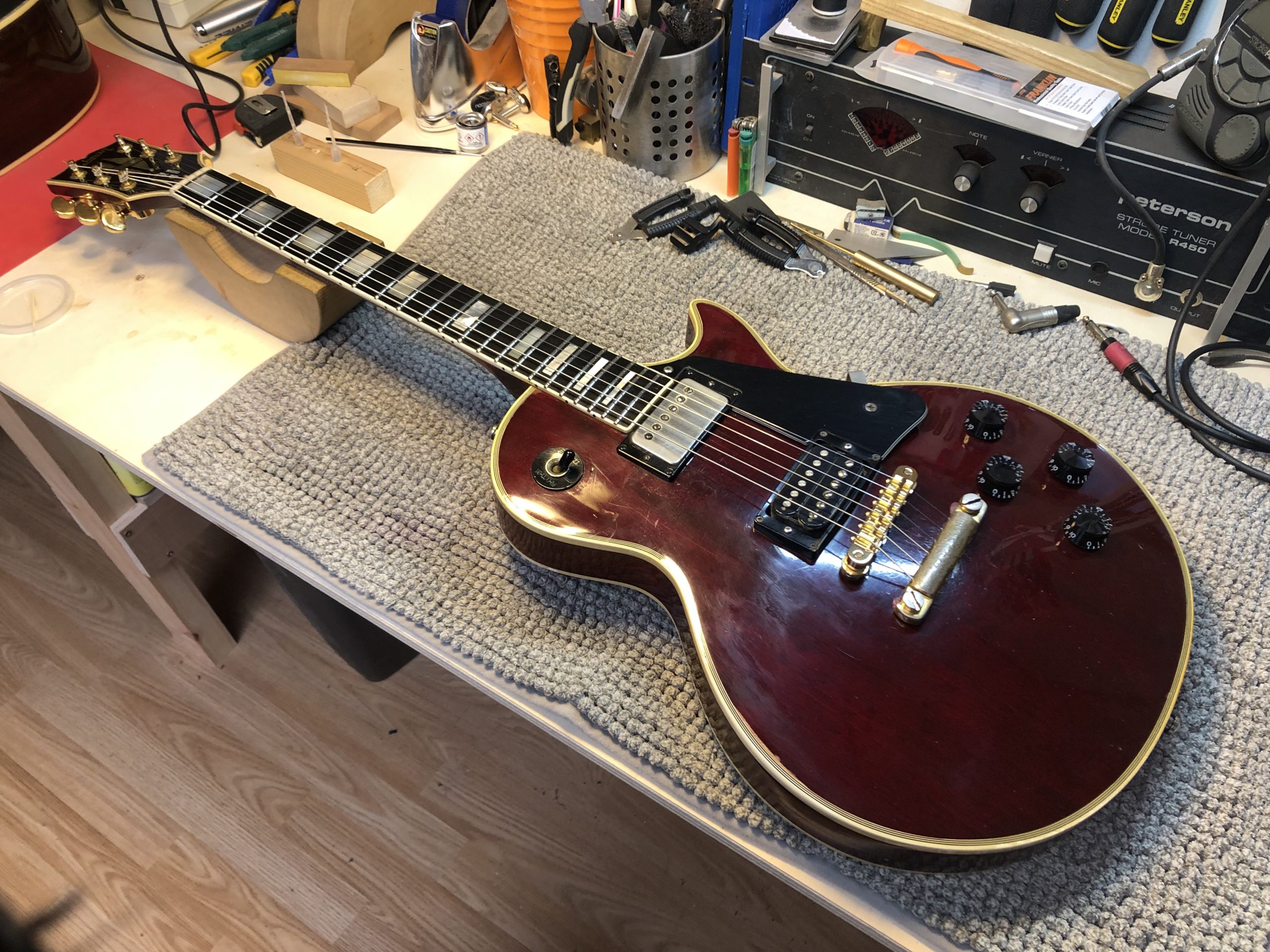 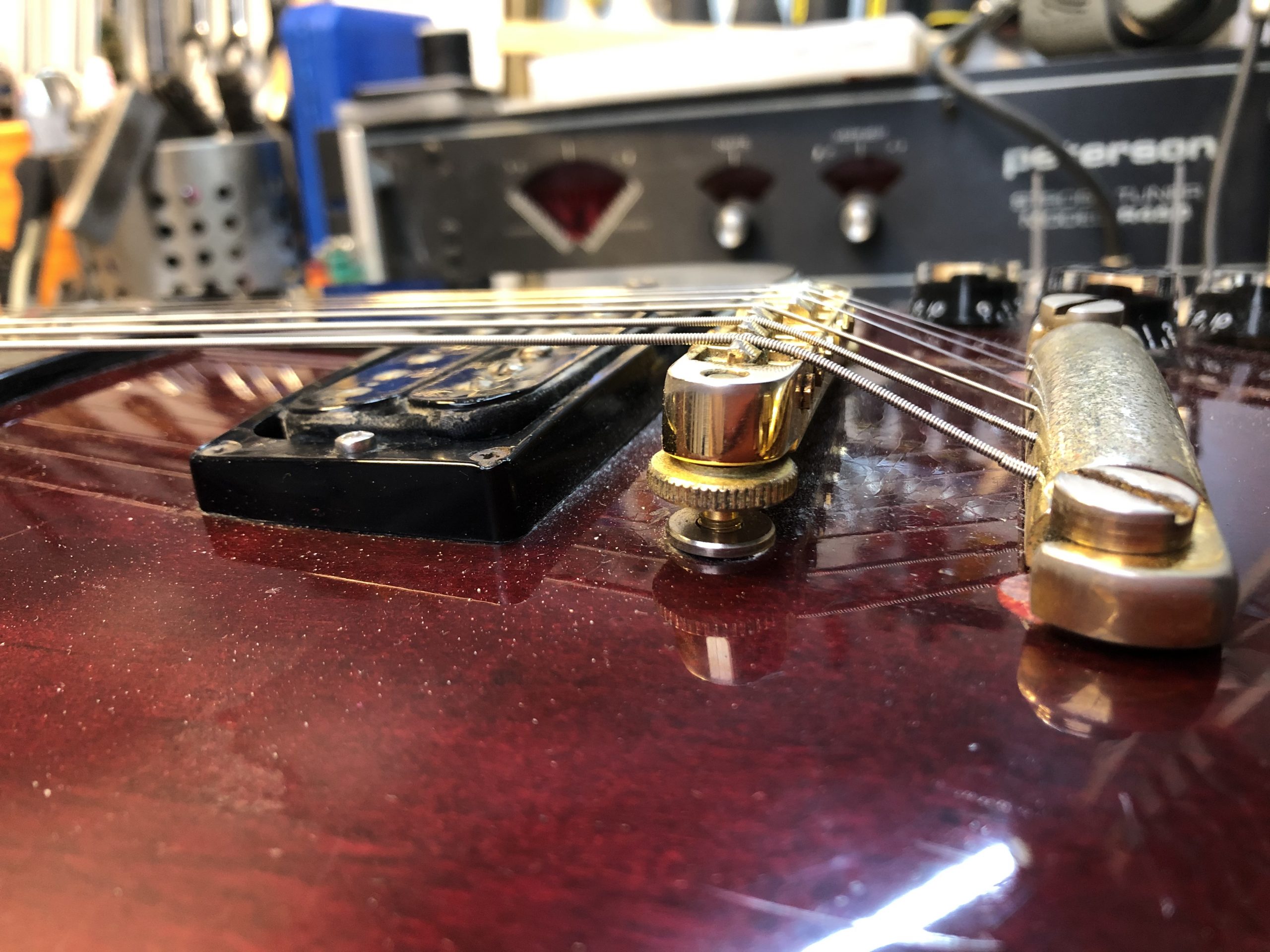 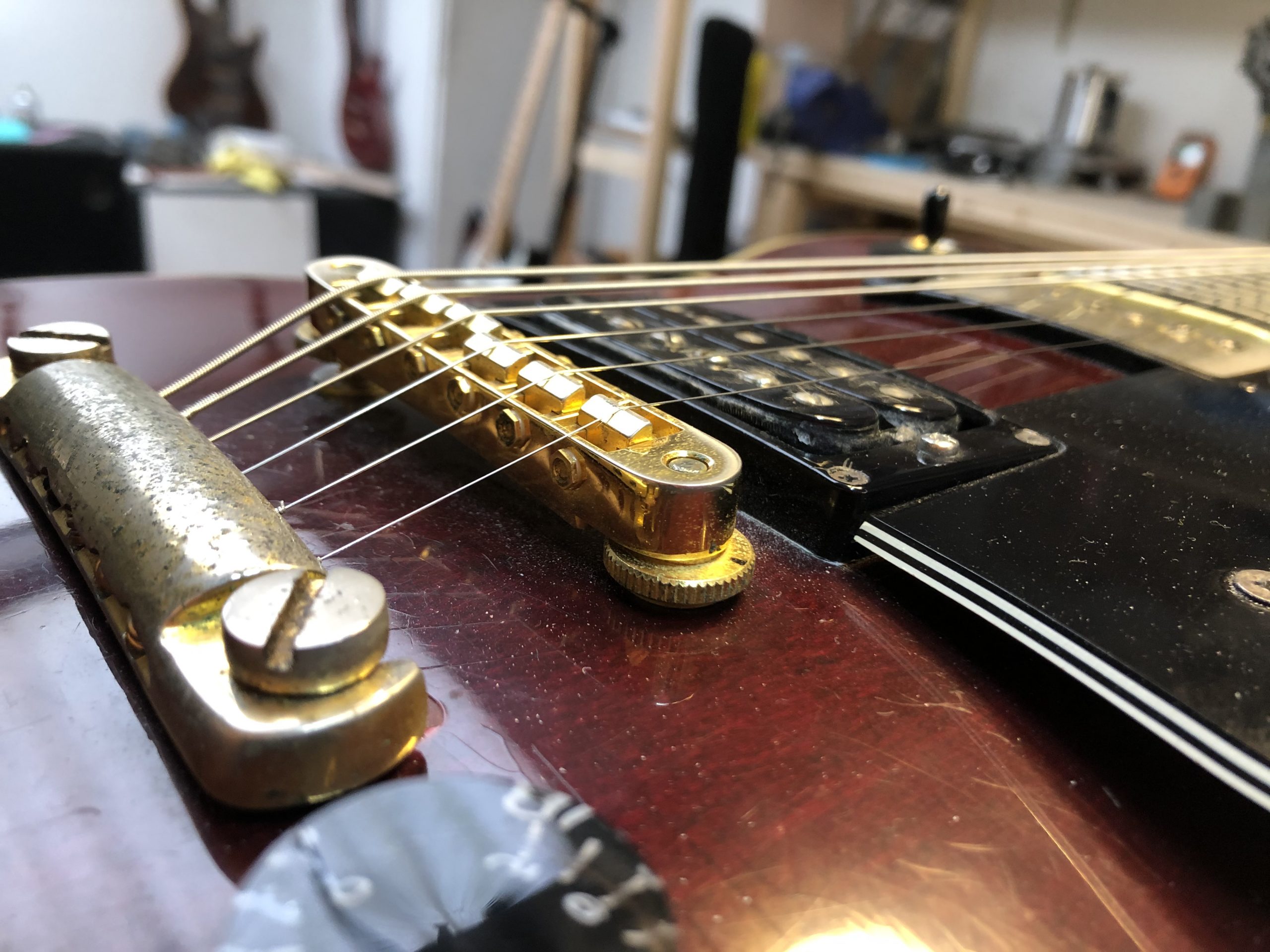 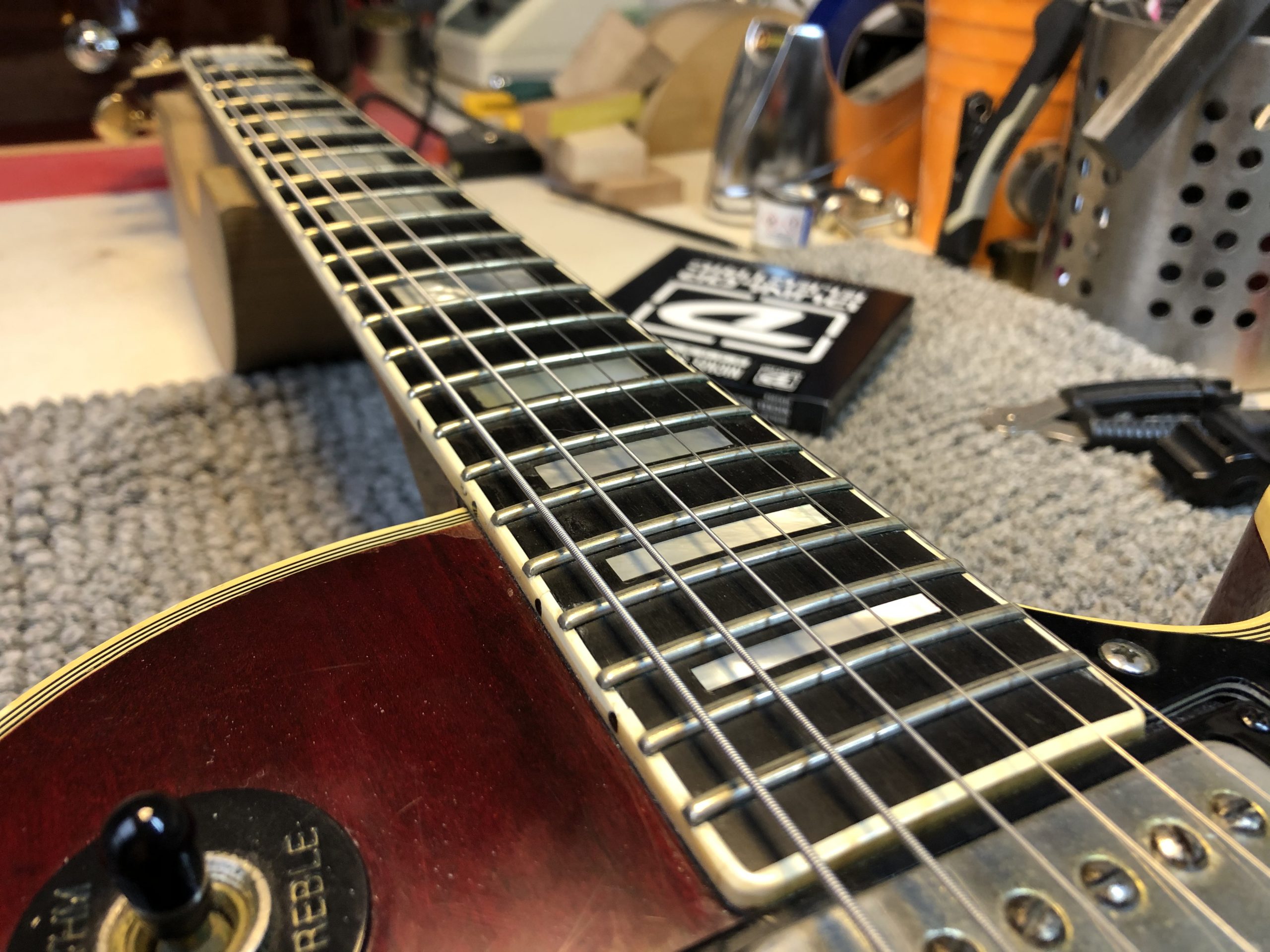 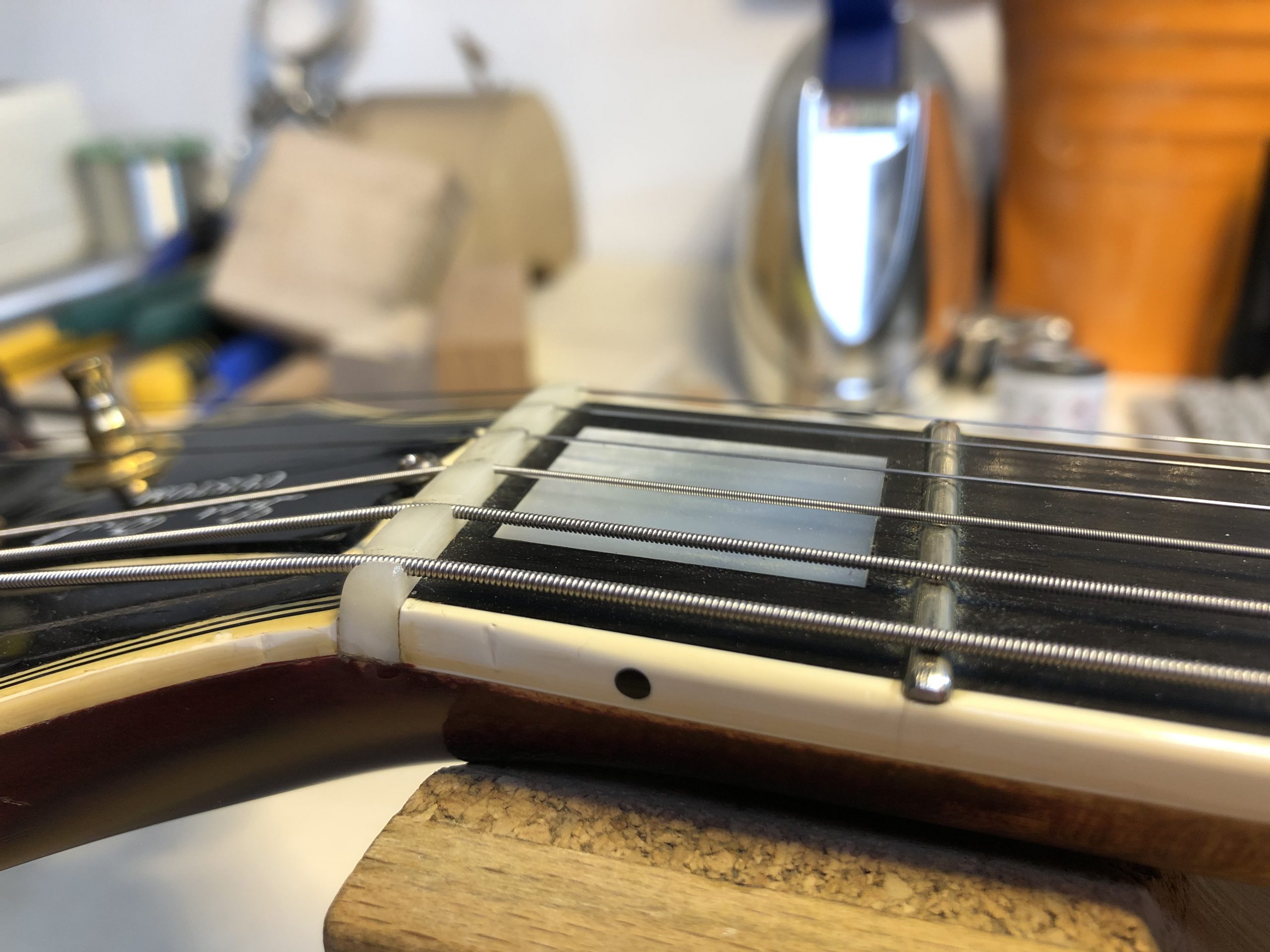 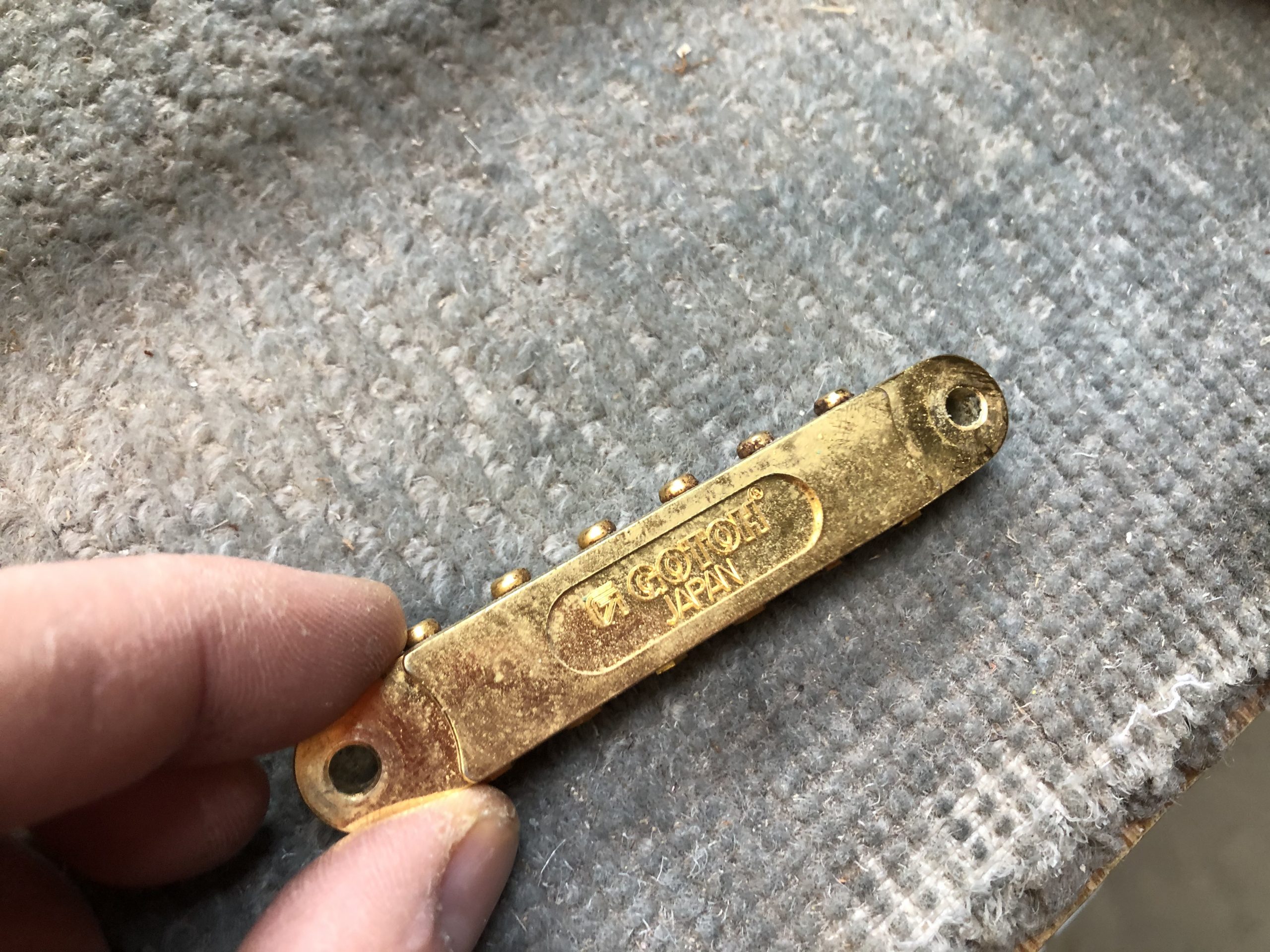 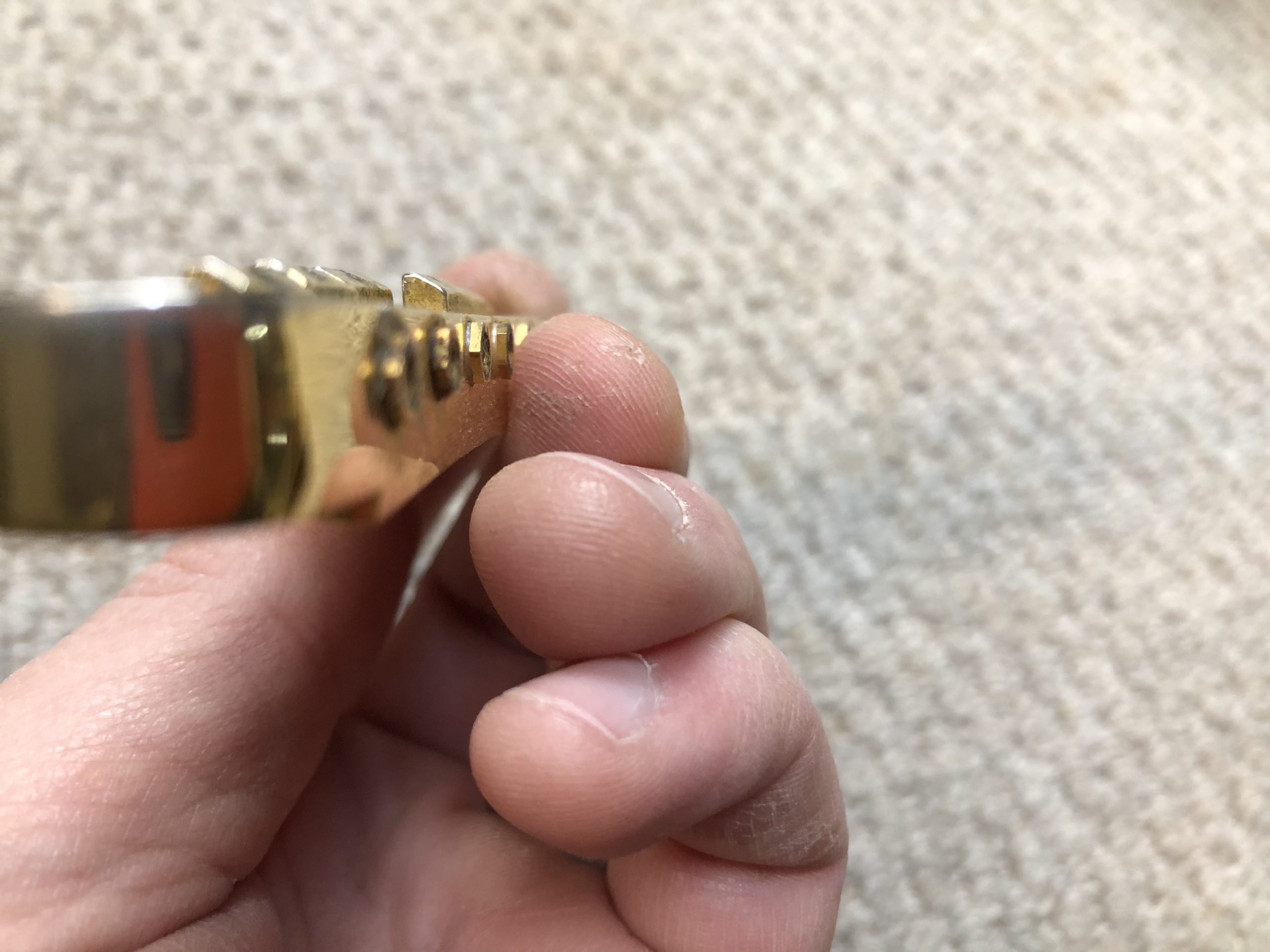 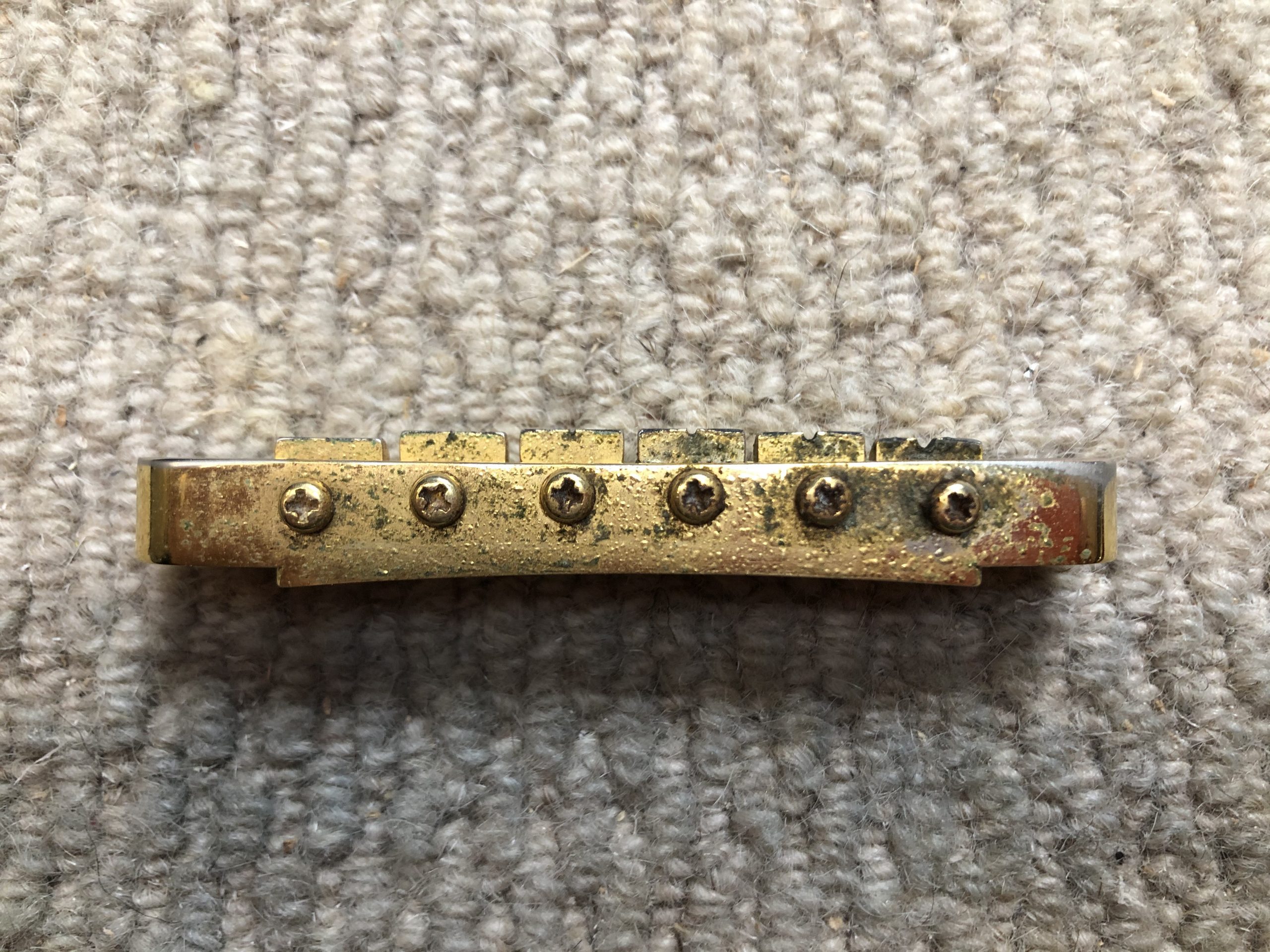 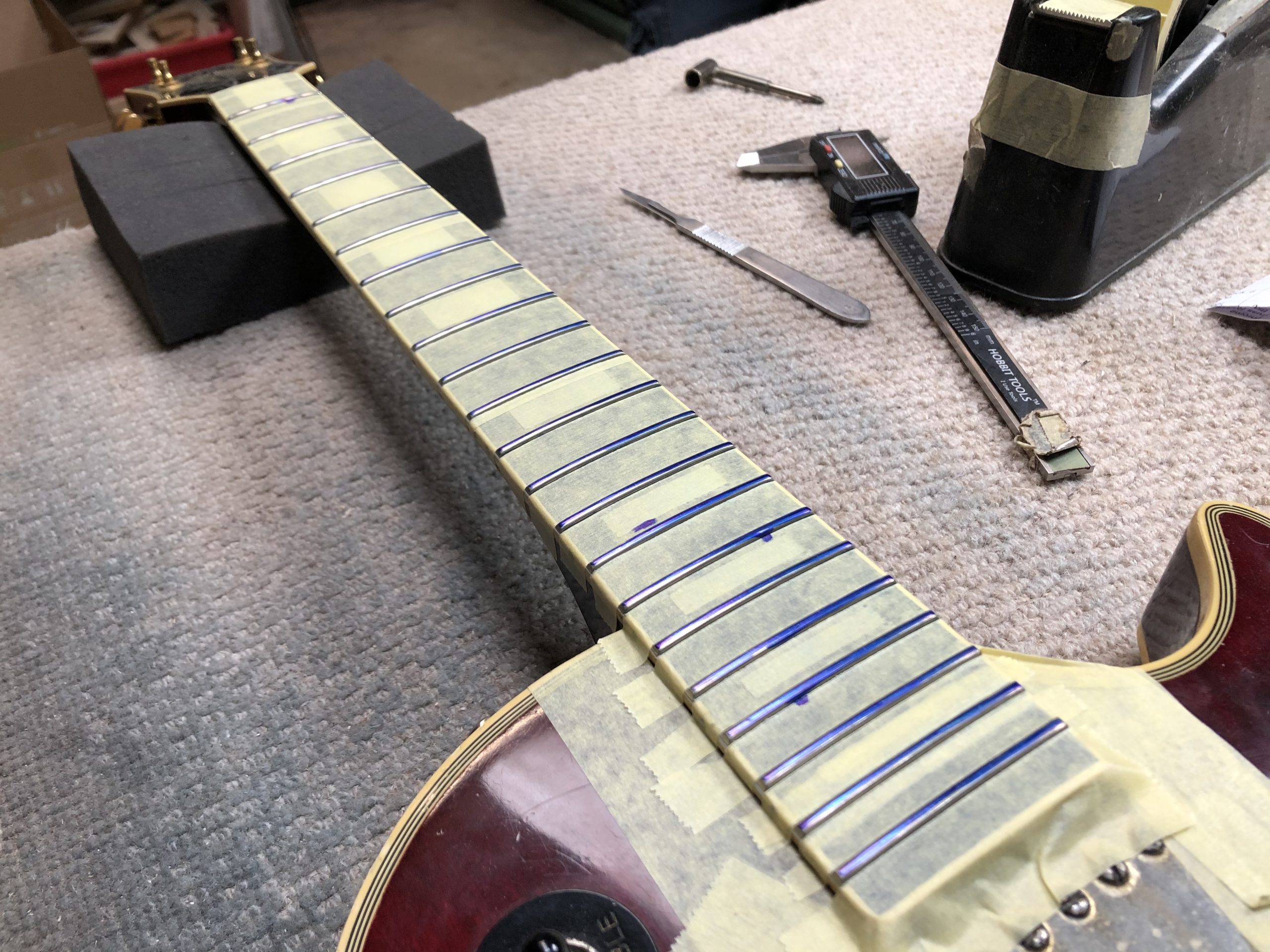 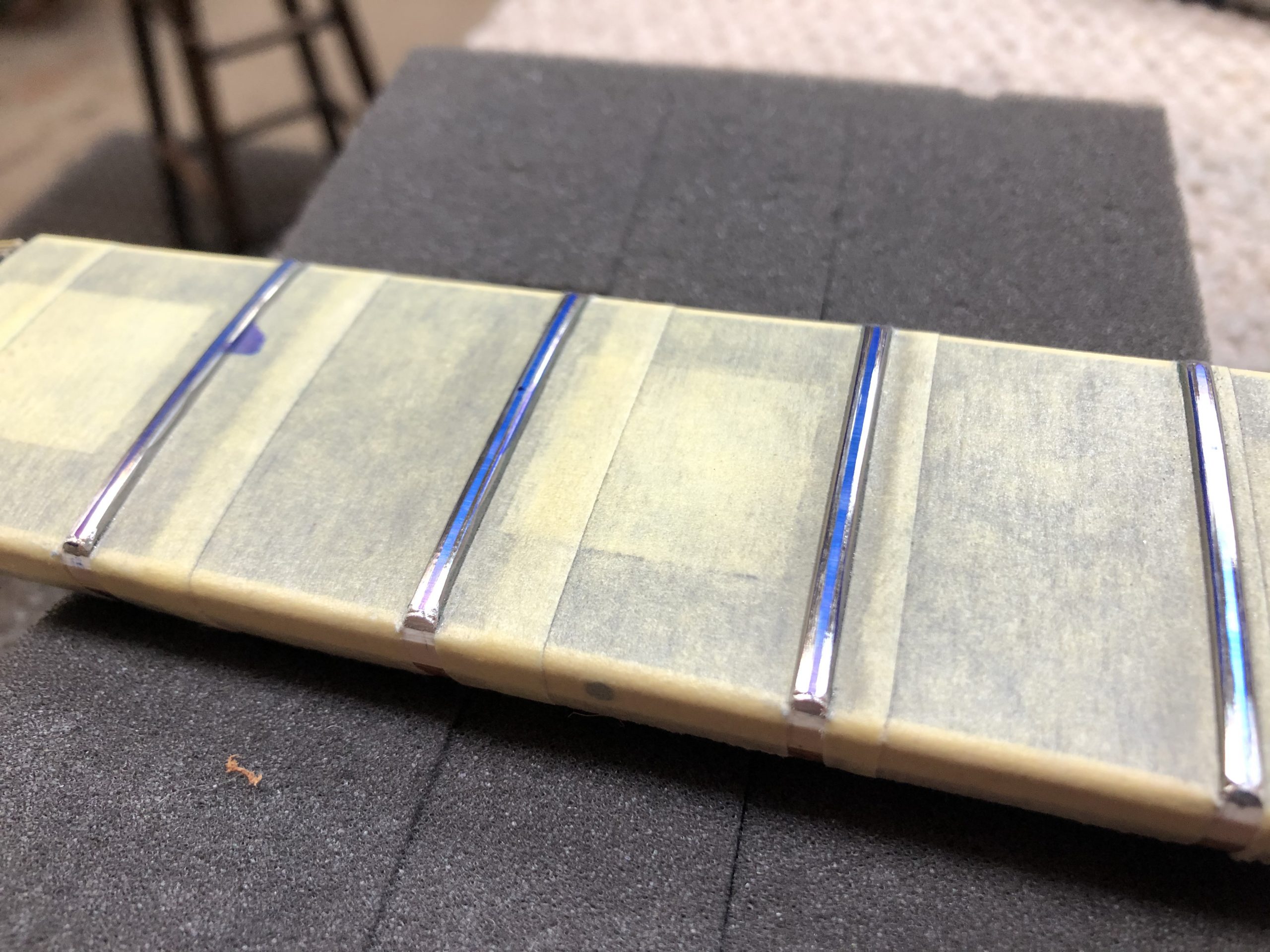 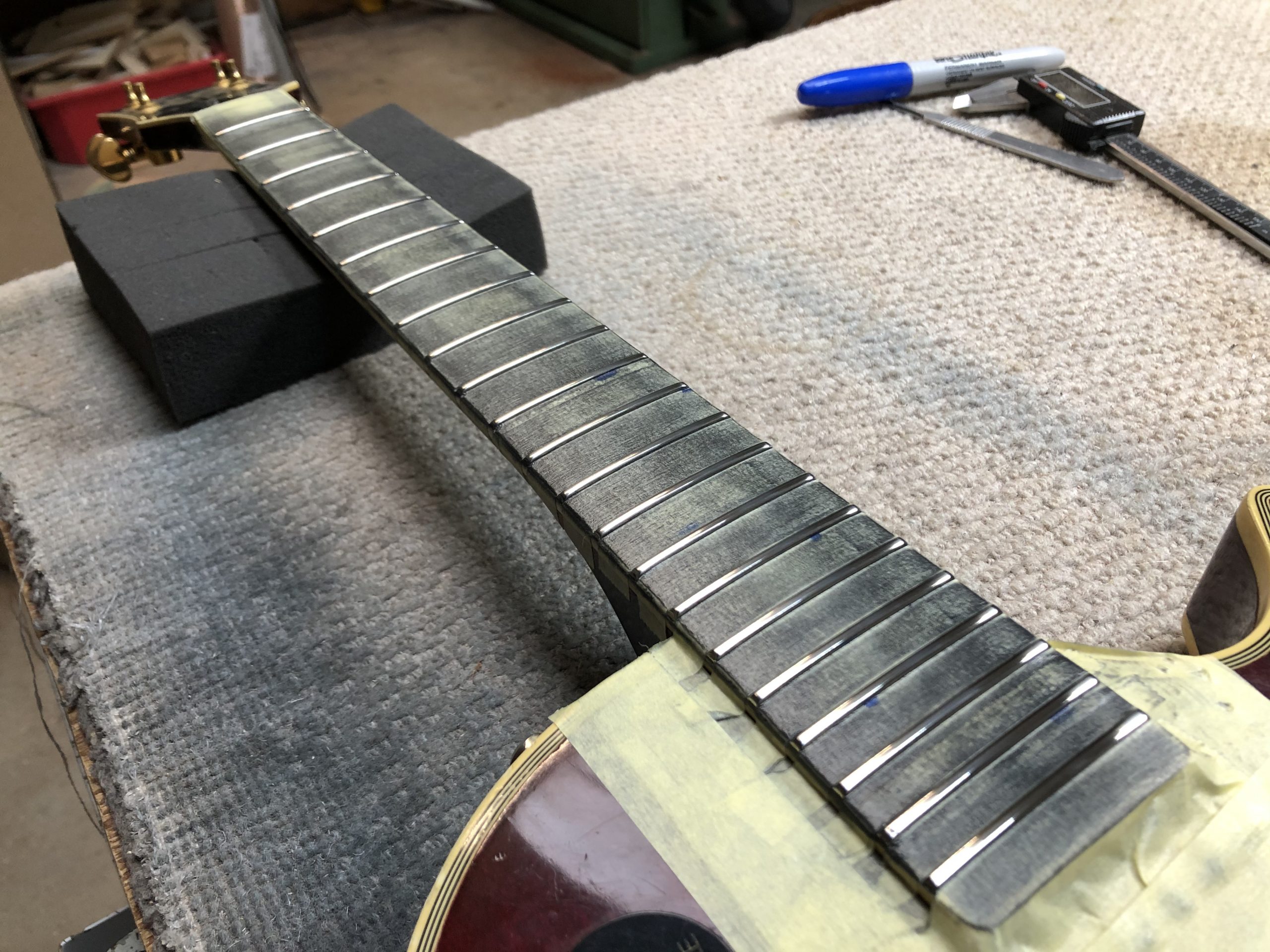 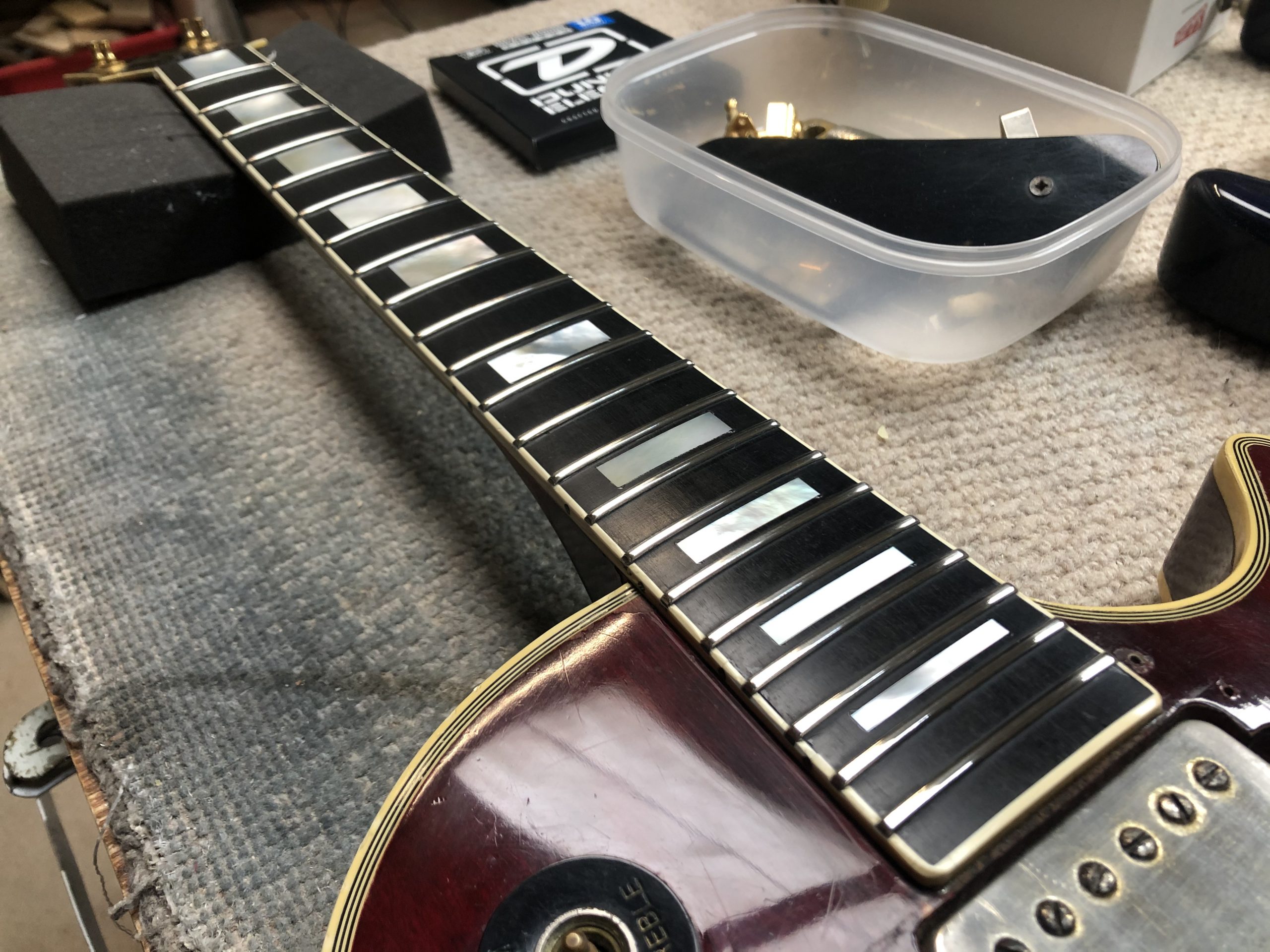 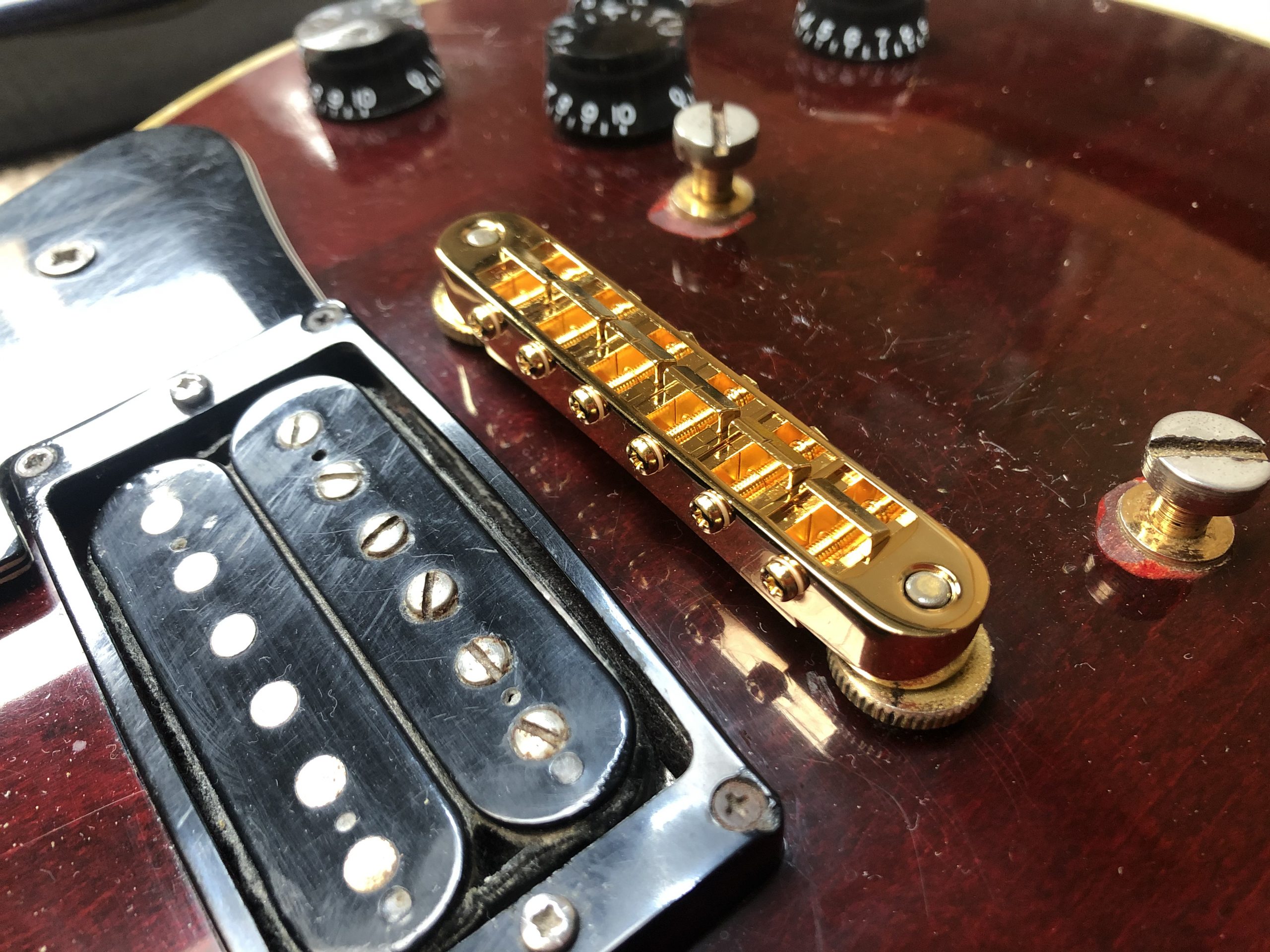 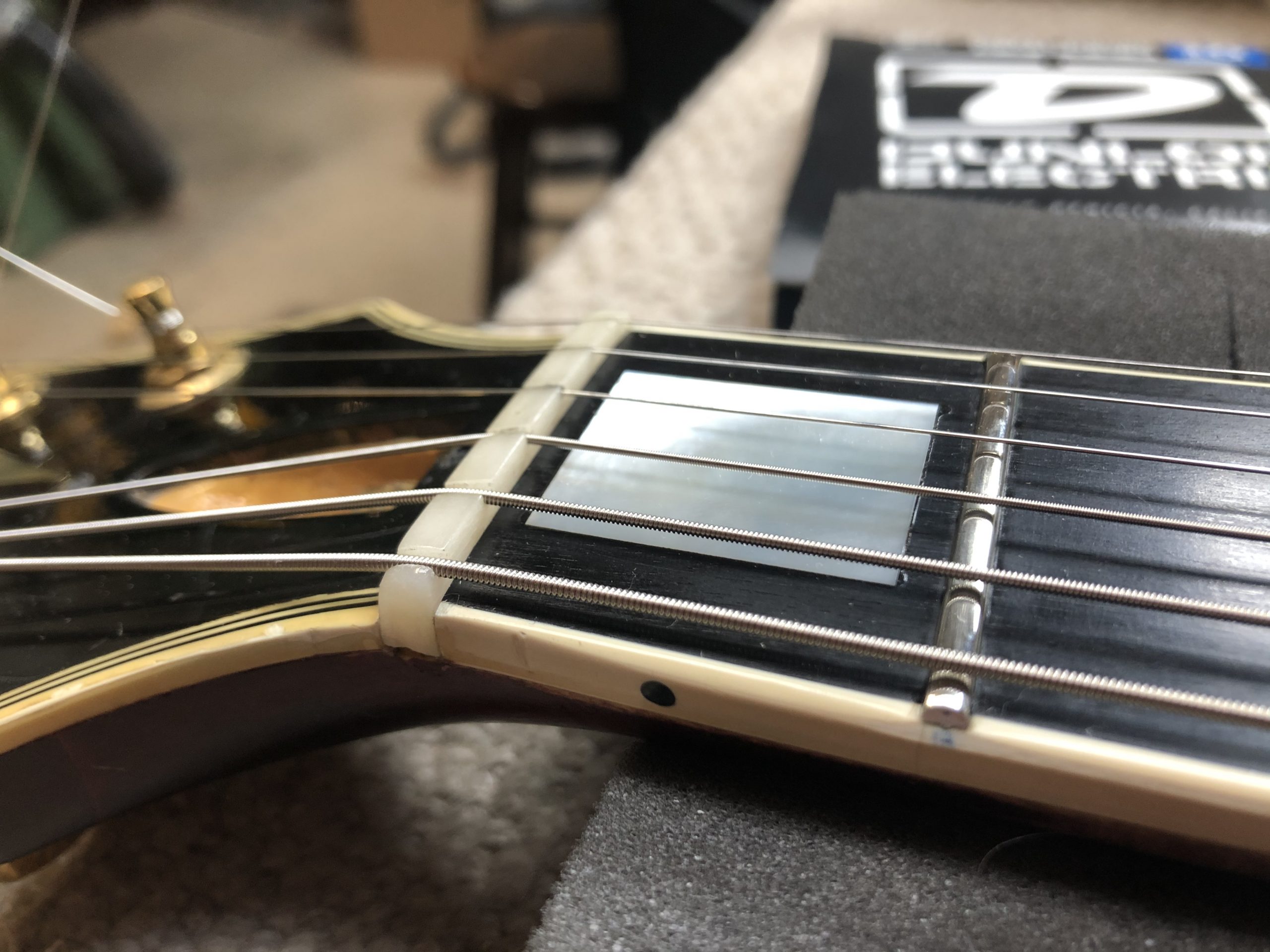 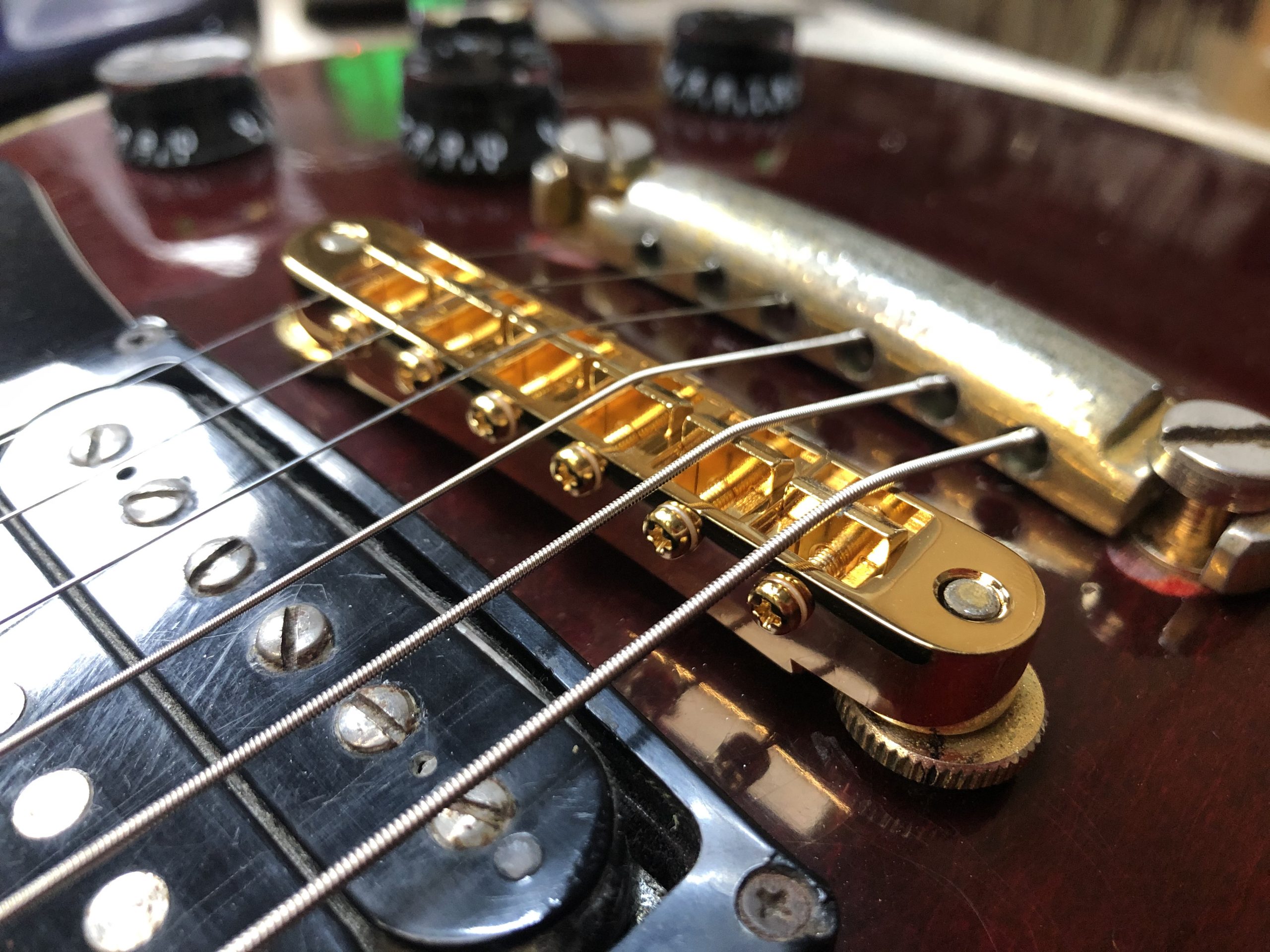 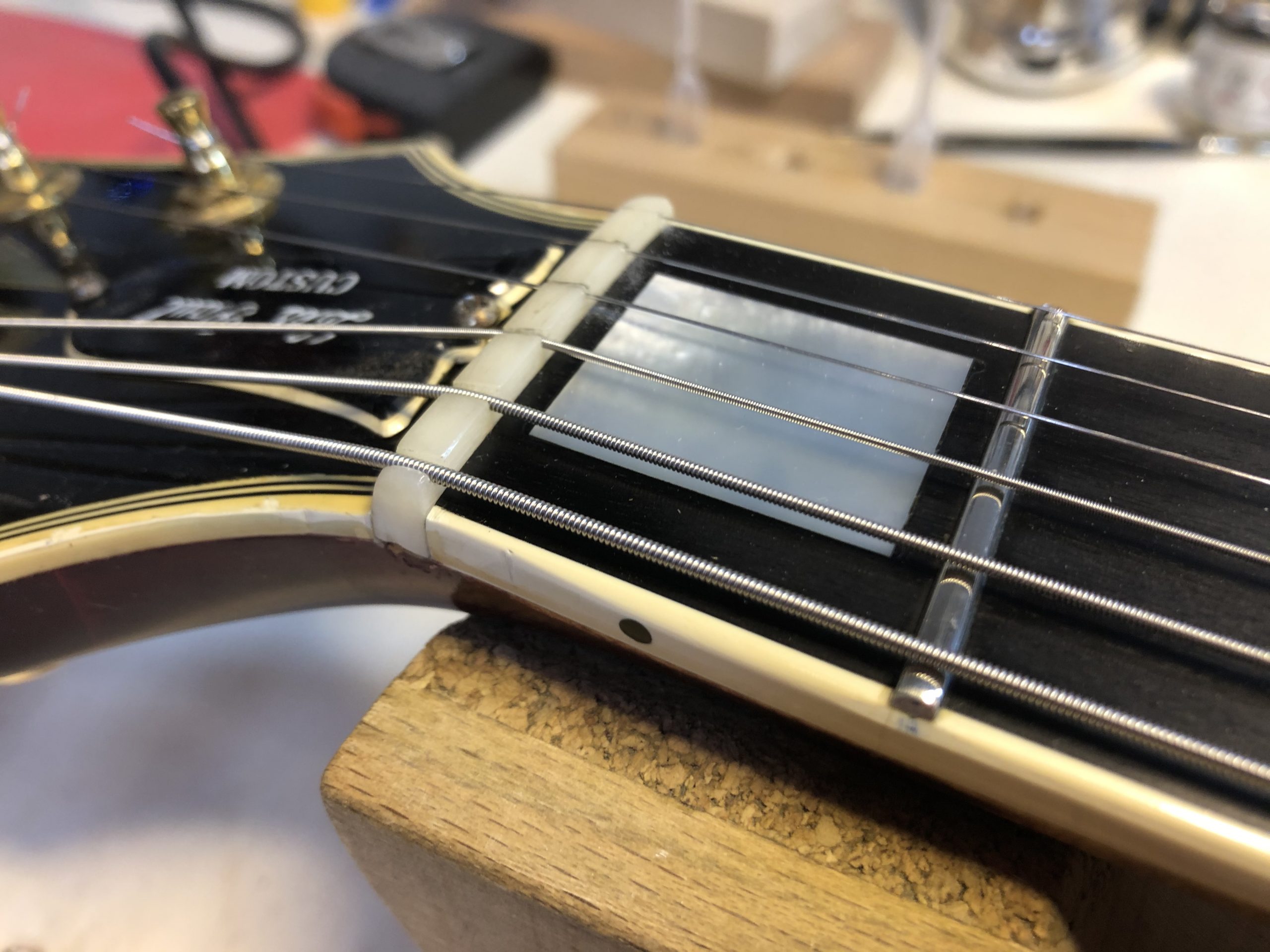 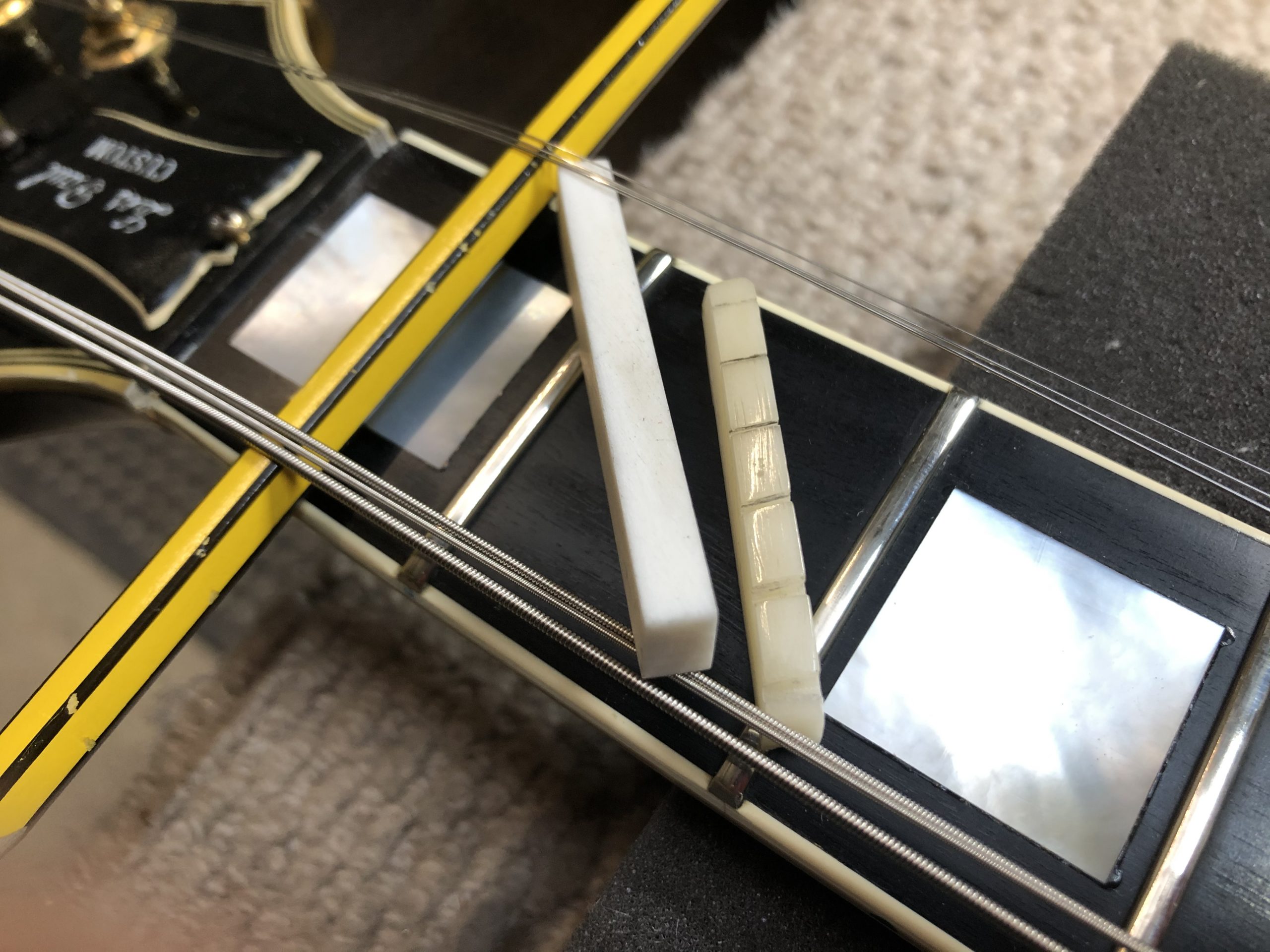 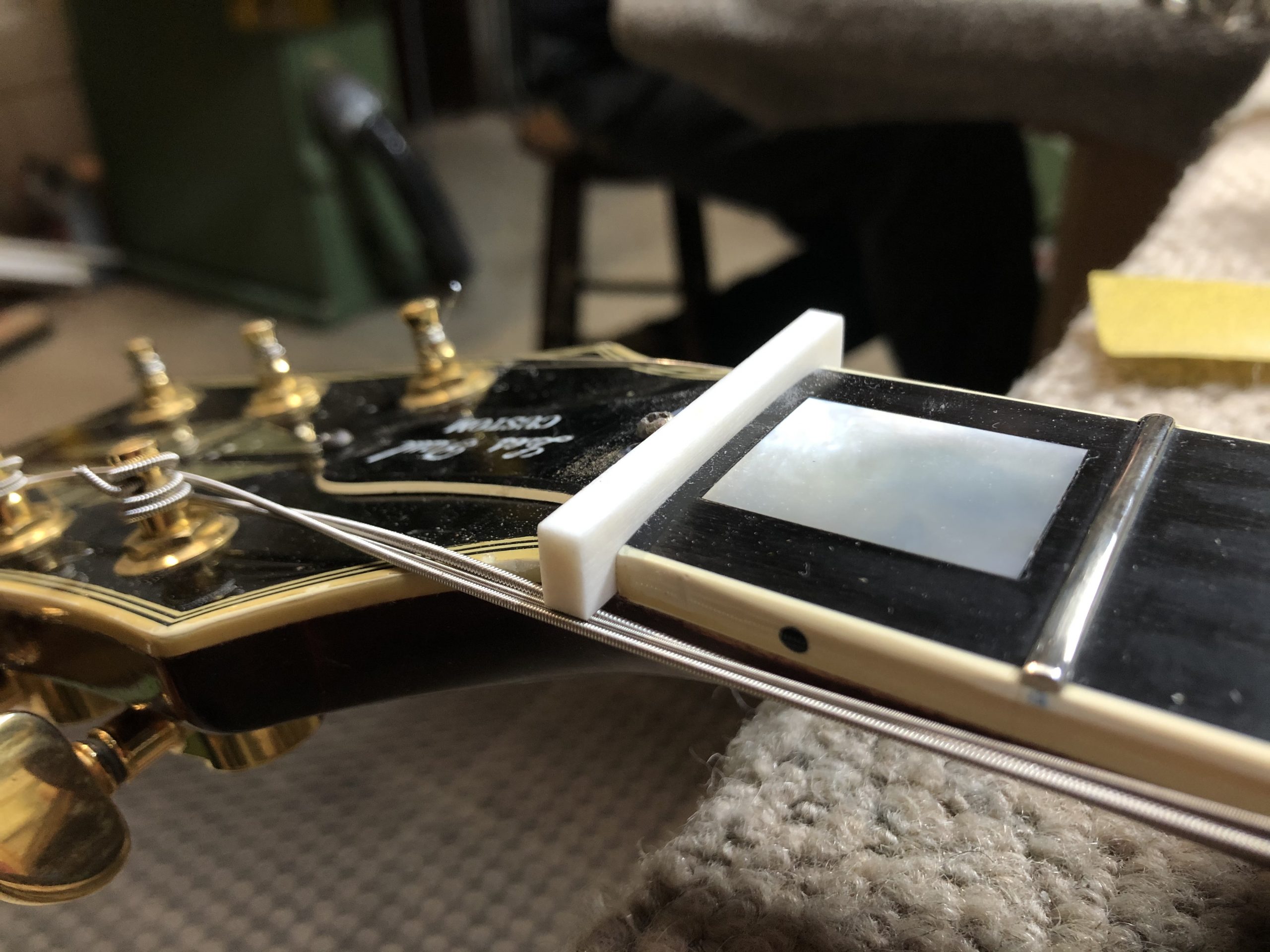 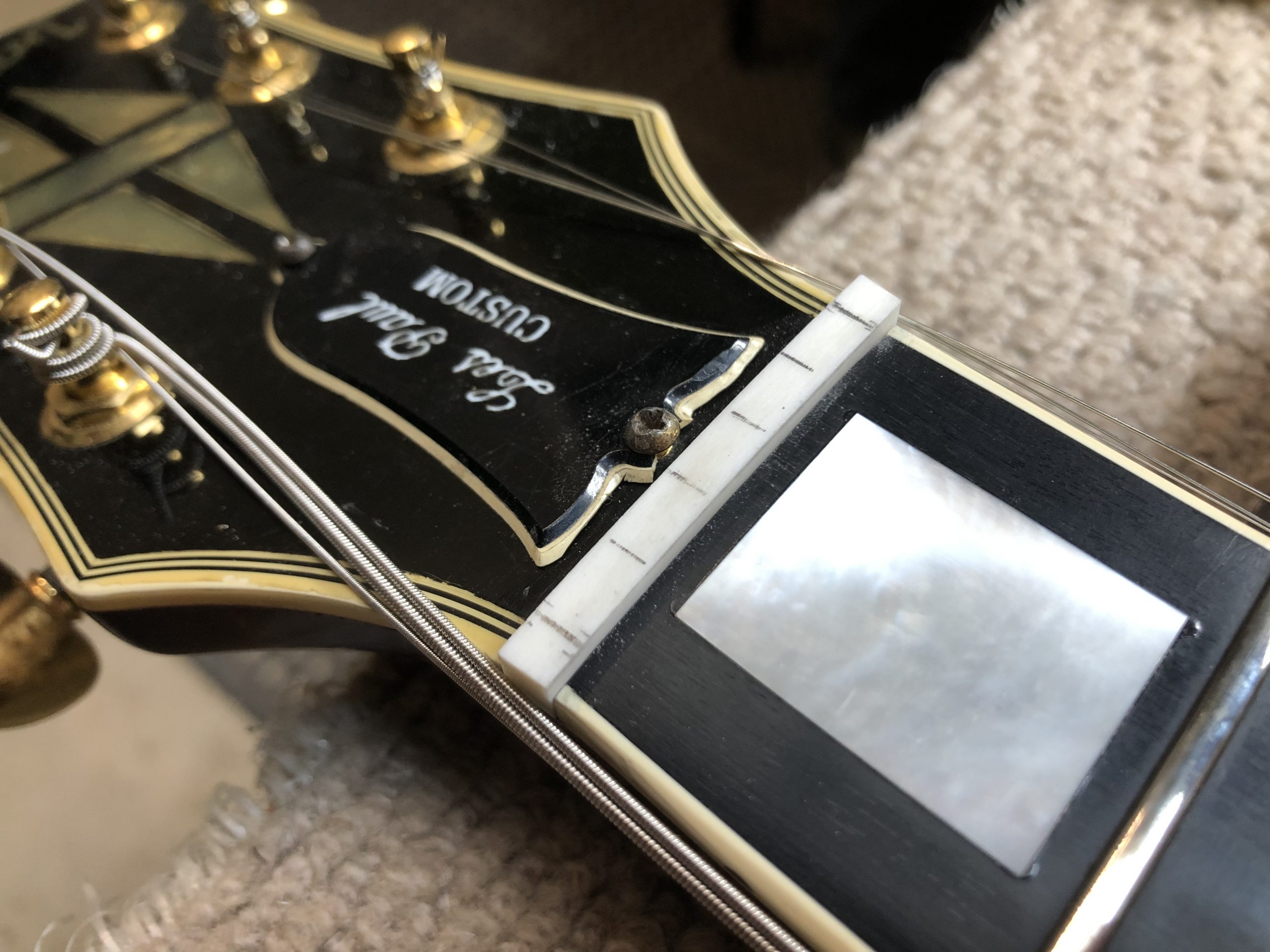 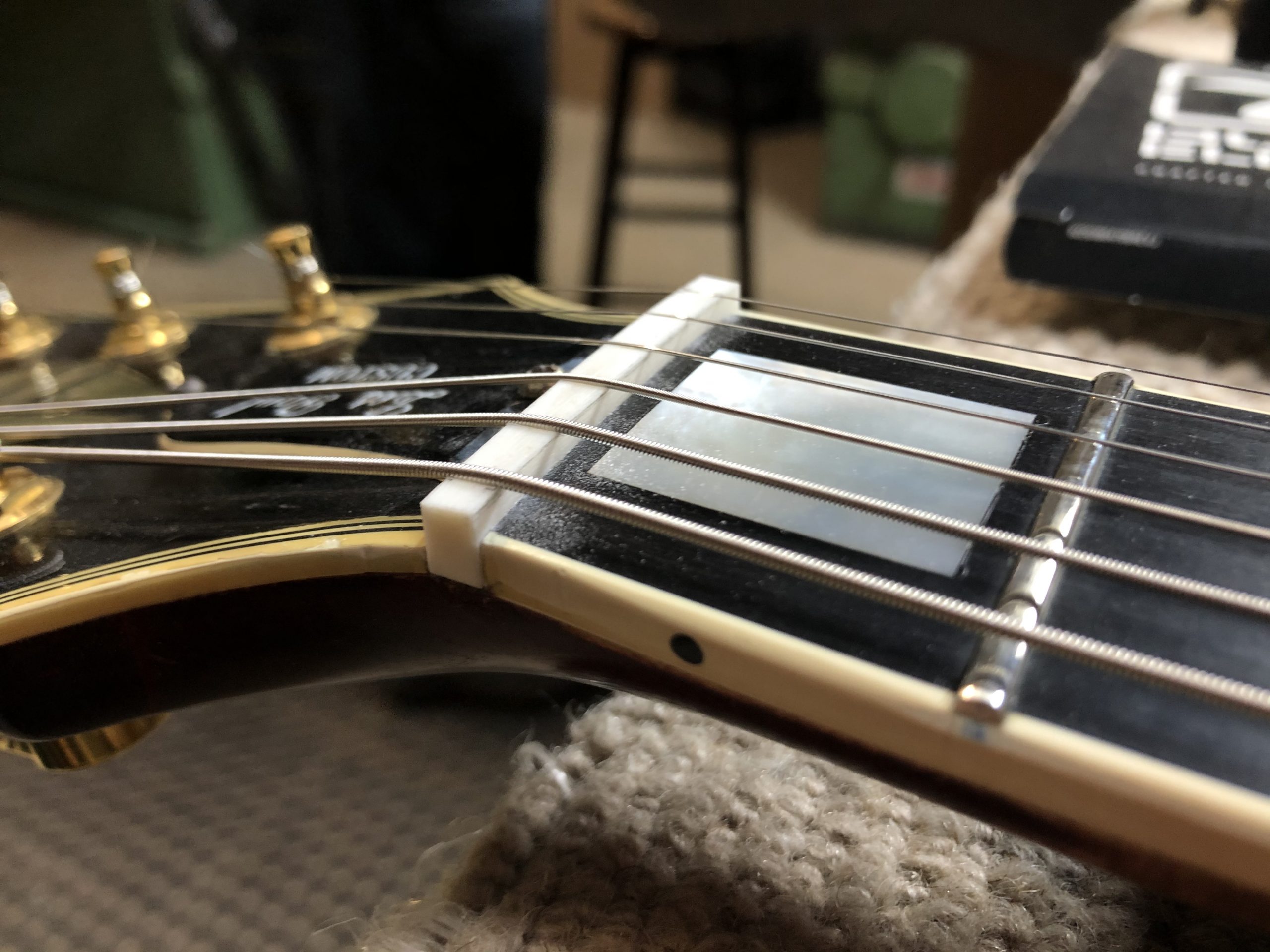 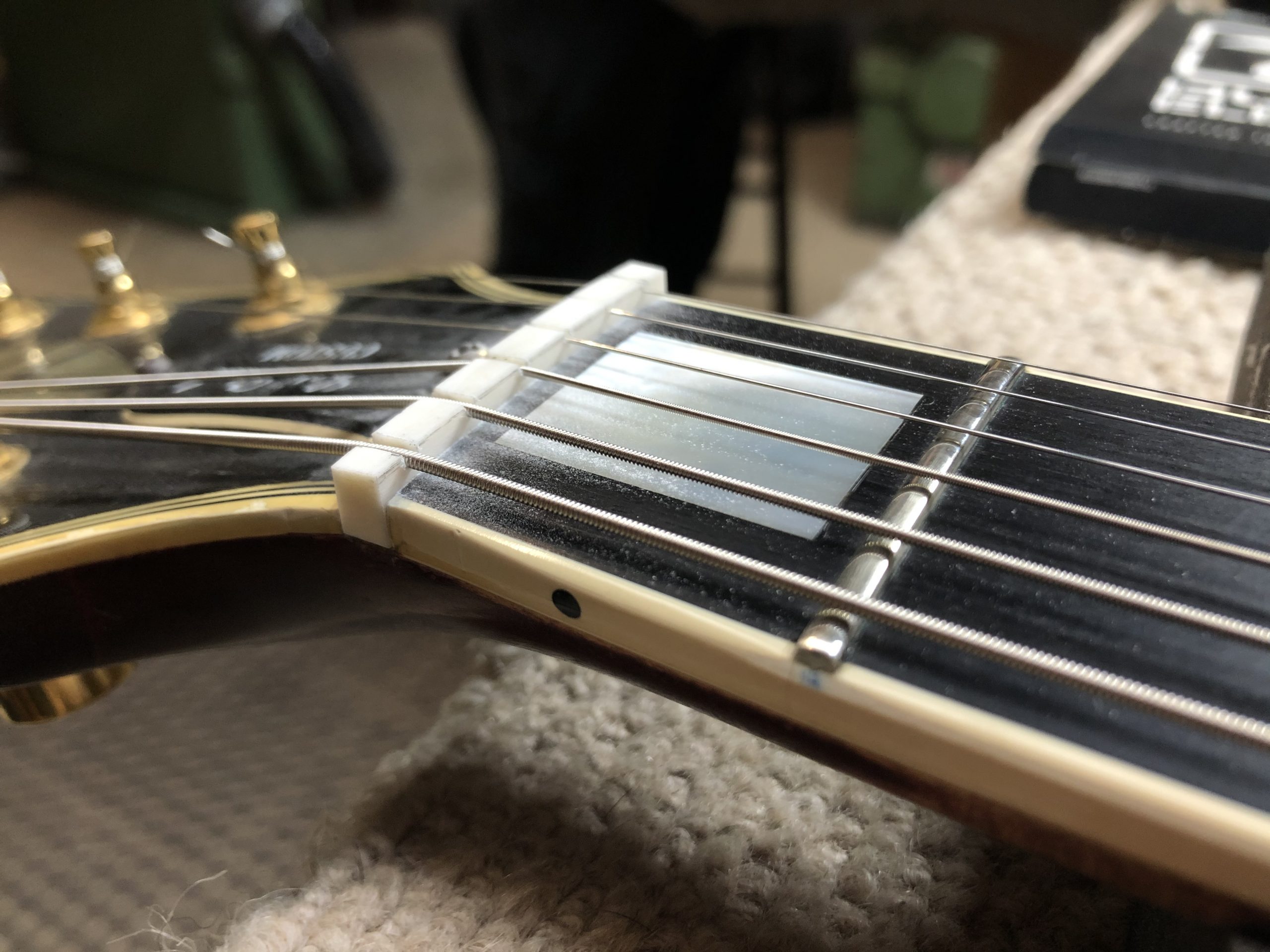 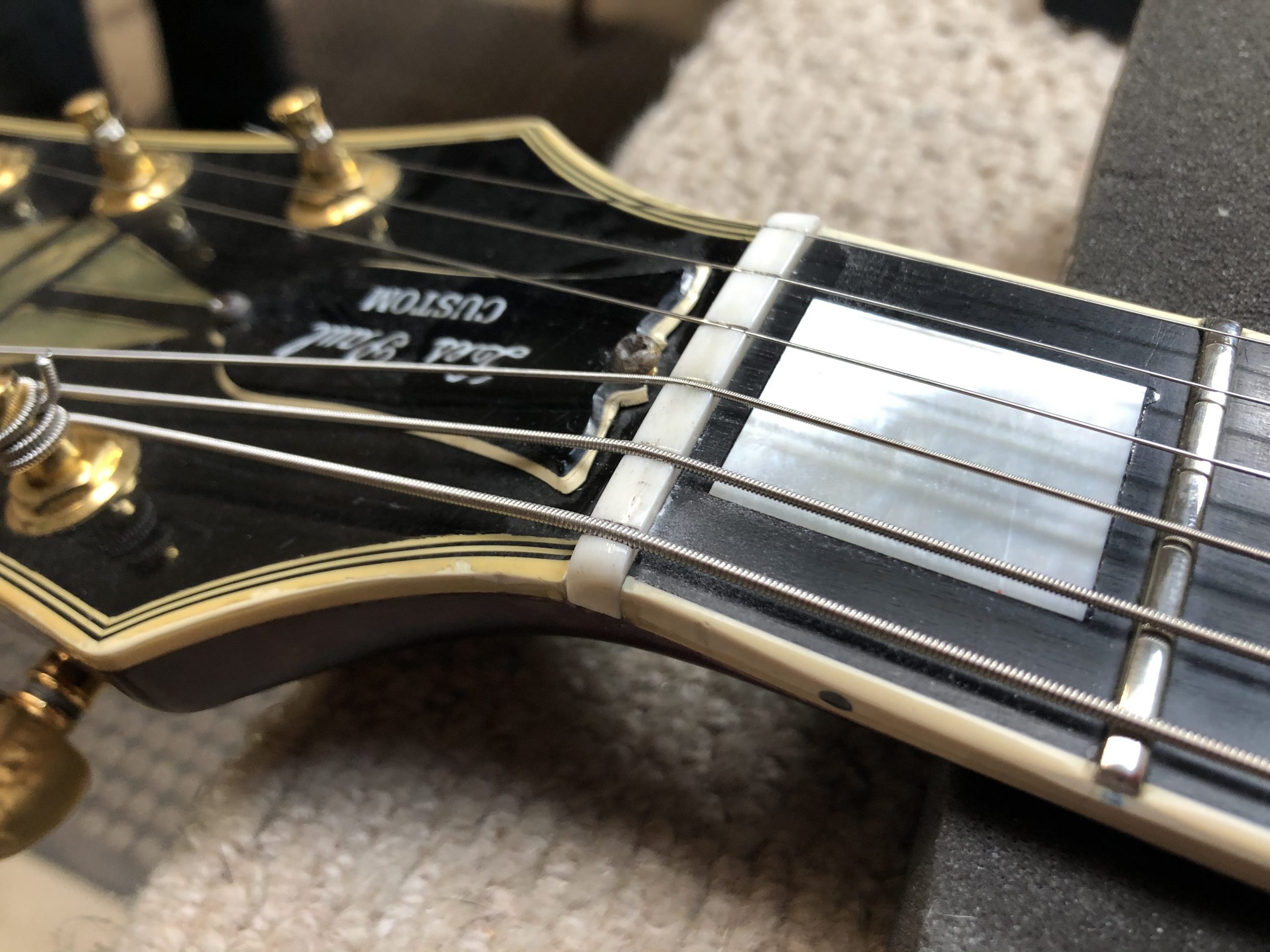 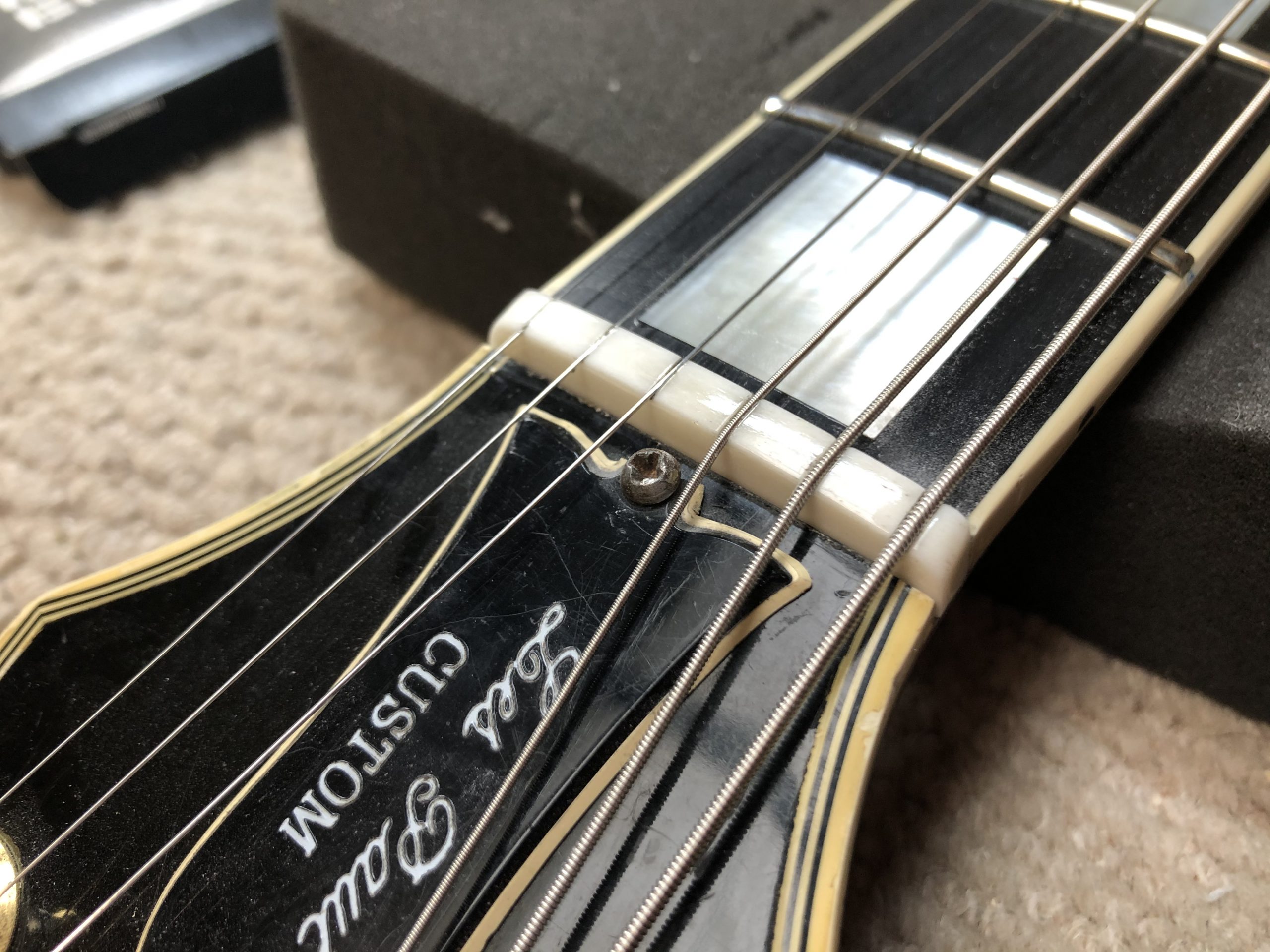 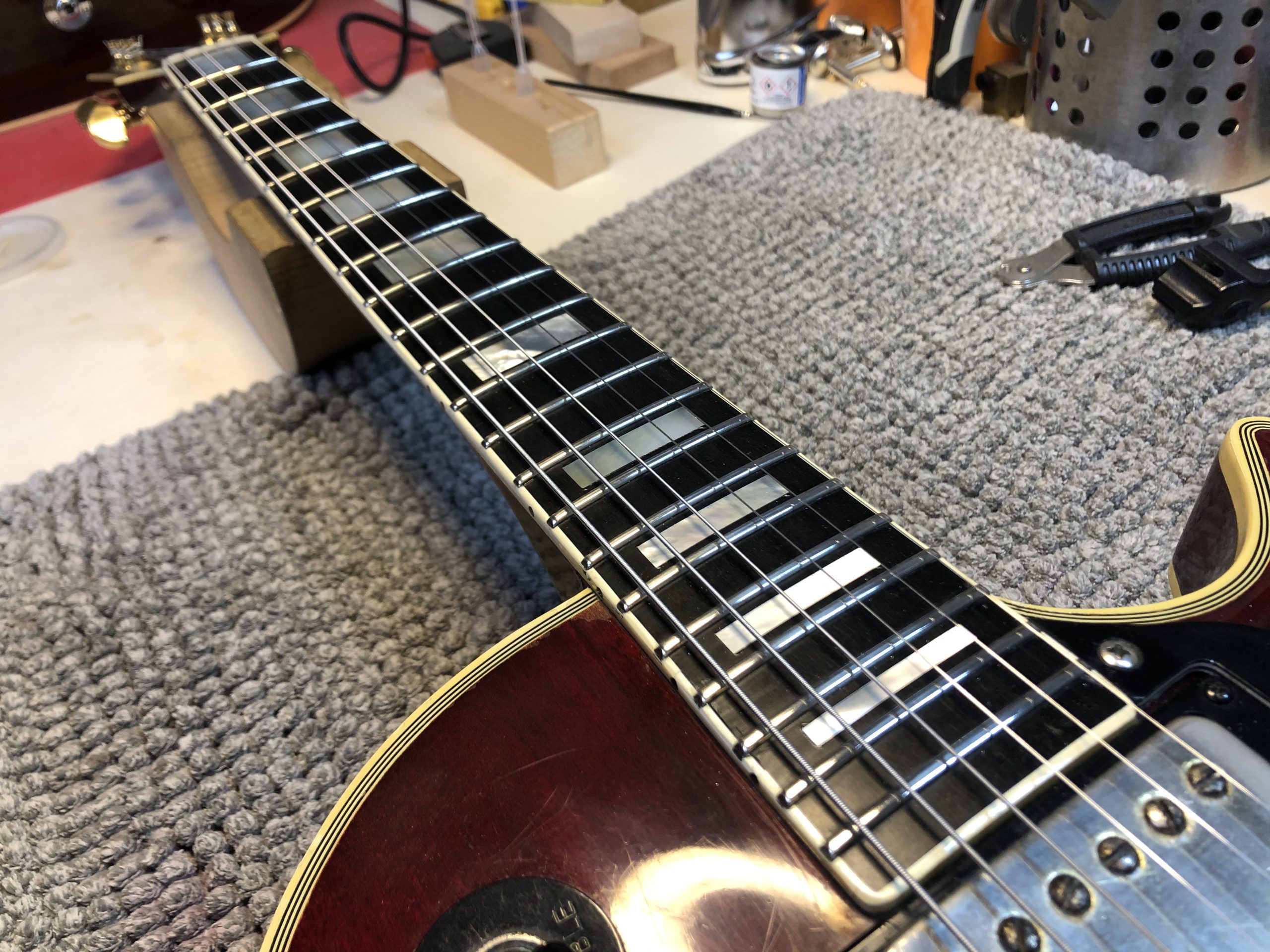