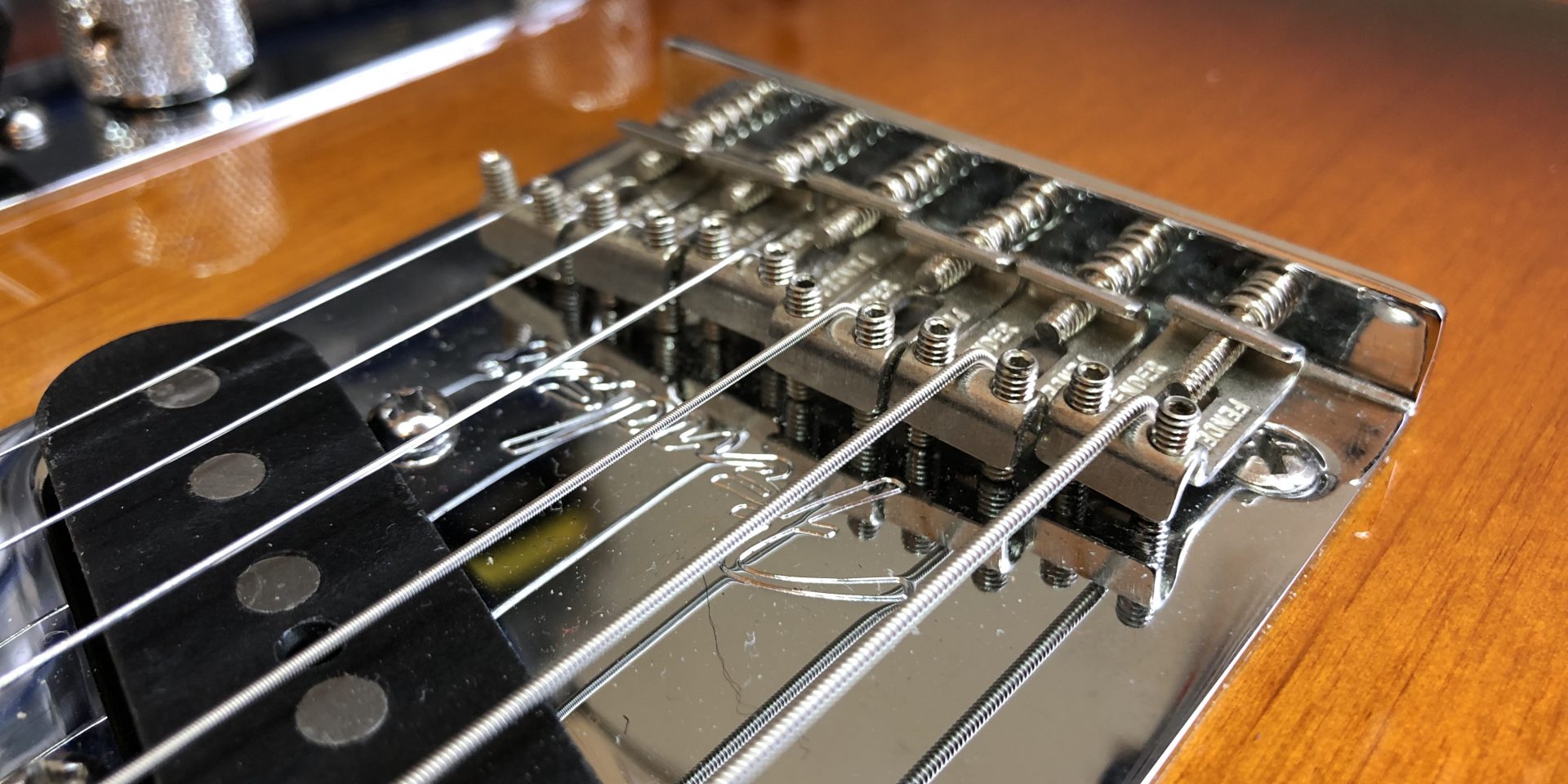 This USA Fender Telecaster came in with excessive fret buzz. I could see straight away that the bridge saddles were very low which gave me a clue about the neck having too much relief on it. This would definitely cause buzz. On top of this the guitar was tuned to drop C which doesn’t help much either. The nut was cut too high and basically everything was out from where I would like it so I was pretty confident a setup would solve the problem.

After have a fiddle the guitar was definitely improved but I could still hear a buzz, especially on thew low E string. I prefer to be logical about these things and change one thing at a time so I’ve sent this back to the customer as is to see how they feel once they’ve played it through an amp. If they’re still not happy I’ll take the guitar back and move up a gauge on the strings form 11-54 to 12-56 so see if a greater string tension cures the issue. I’m confident it will. 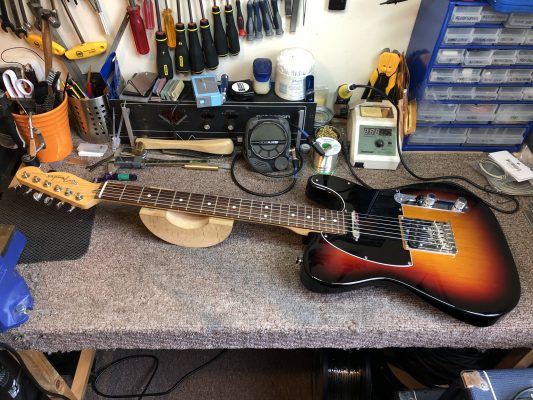 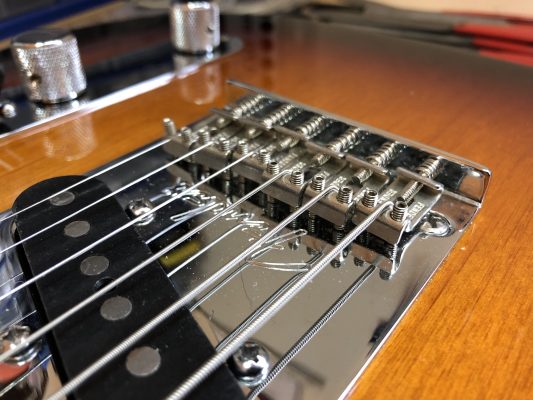 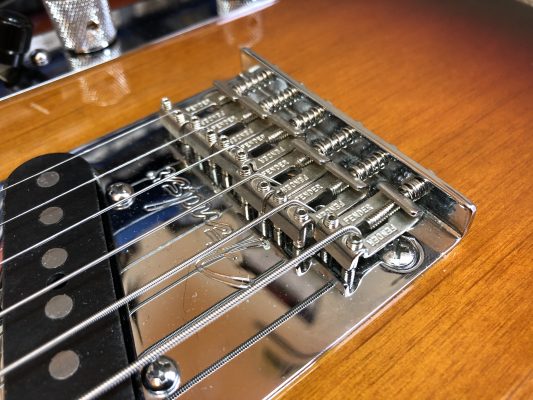 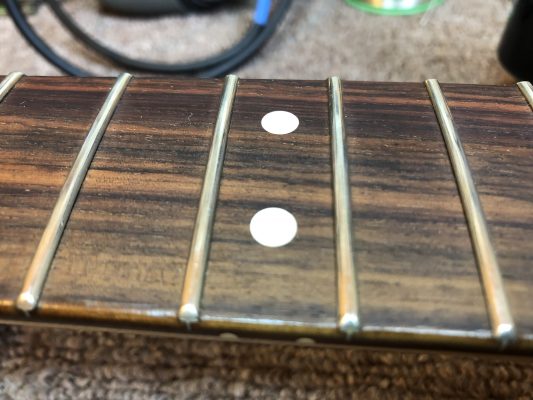 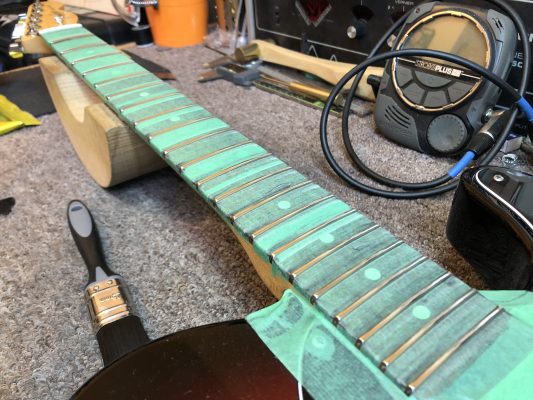 Ready for a polish 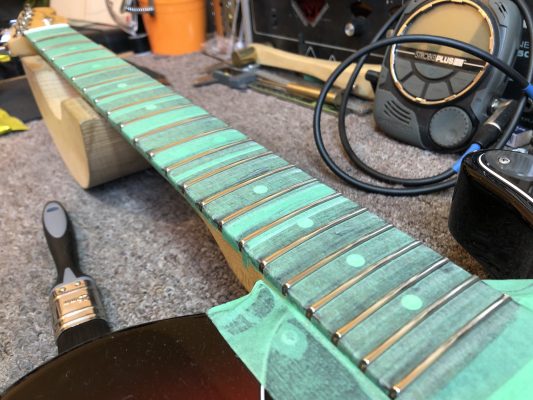 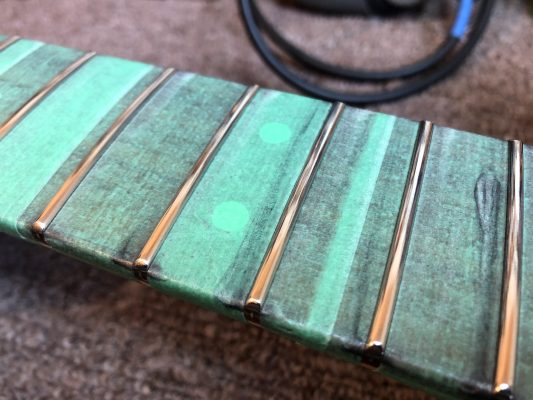 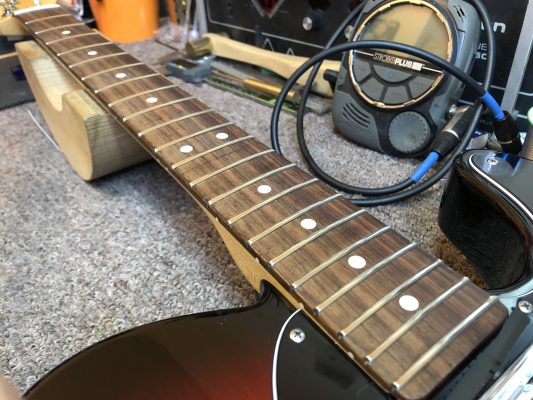 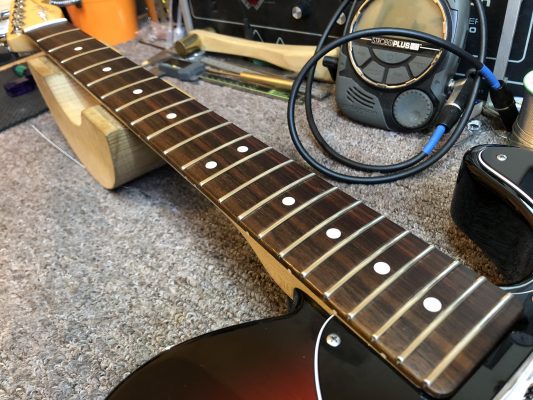 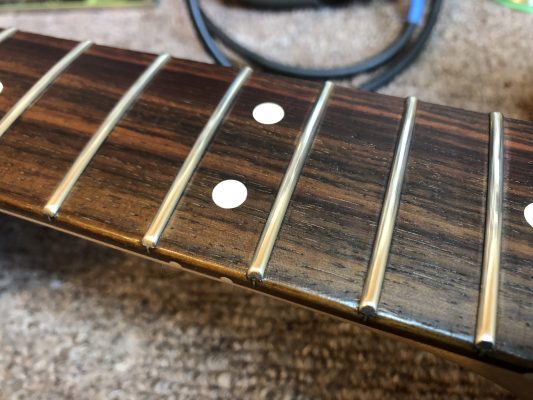 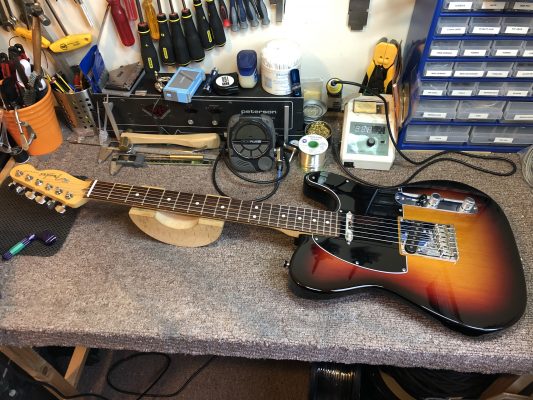