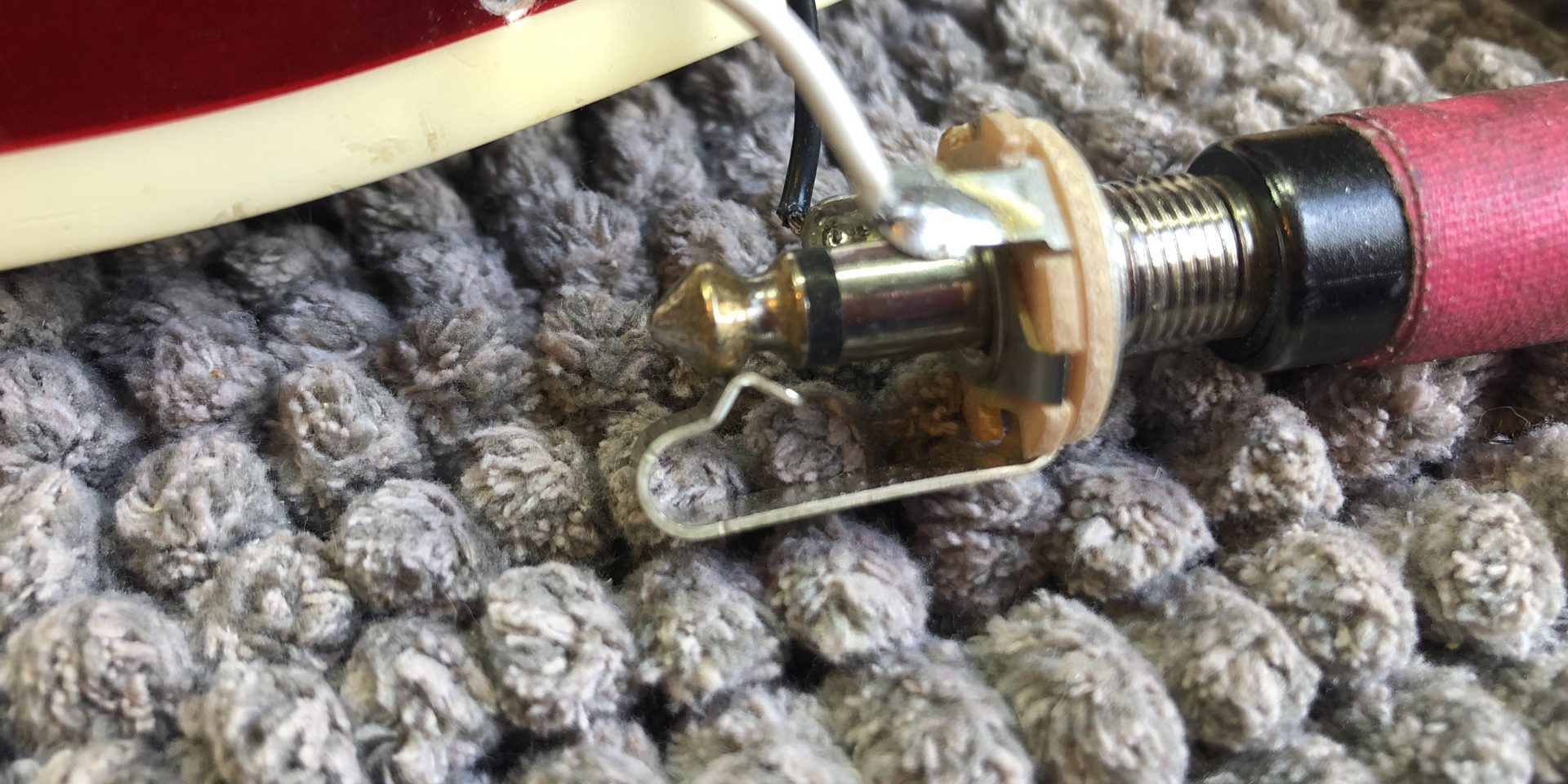 You may recognise this guitar from earlier in the year, it came in for a re-fret and a few other bits. Since then it went off on tour which unfortunately couldn’t continue due to the current situation.

It’s back in because the owner complained that it was choking out when he bent the high strings anywhere above the 10th fret. The output jack was still causing issues.

On inspection I discovered there were a few high frets plus the action was too low compared to how I’d set it up after the re-fret. The high frets must be my fault, I’m ashamed to say and I’m not sure how I let the guitar out of the workshop like that. Still, these things happen.

I levelled the frets for free adjusted the action and solved the choking issue. When I looked at the output jack it became clear that tip connection must have been bent at some point and it wasn’t making solid contact the way it should and the guitar was dropping out during shows. I replaced it with a new Switchcraft jack to solve he issue. 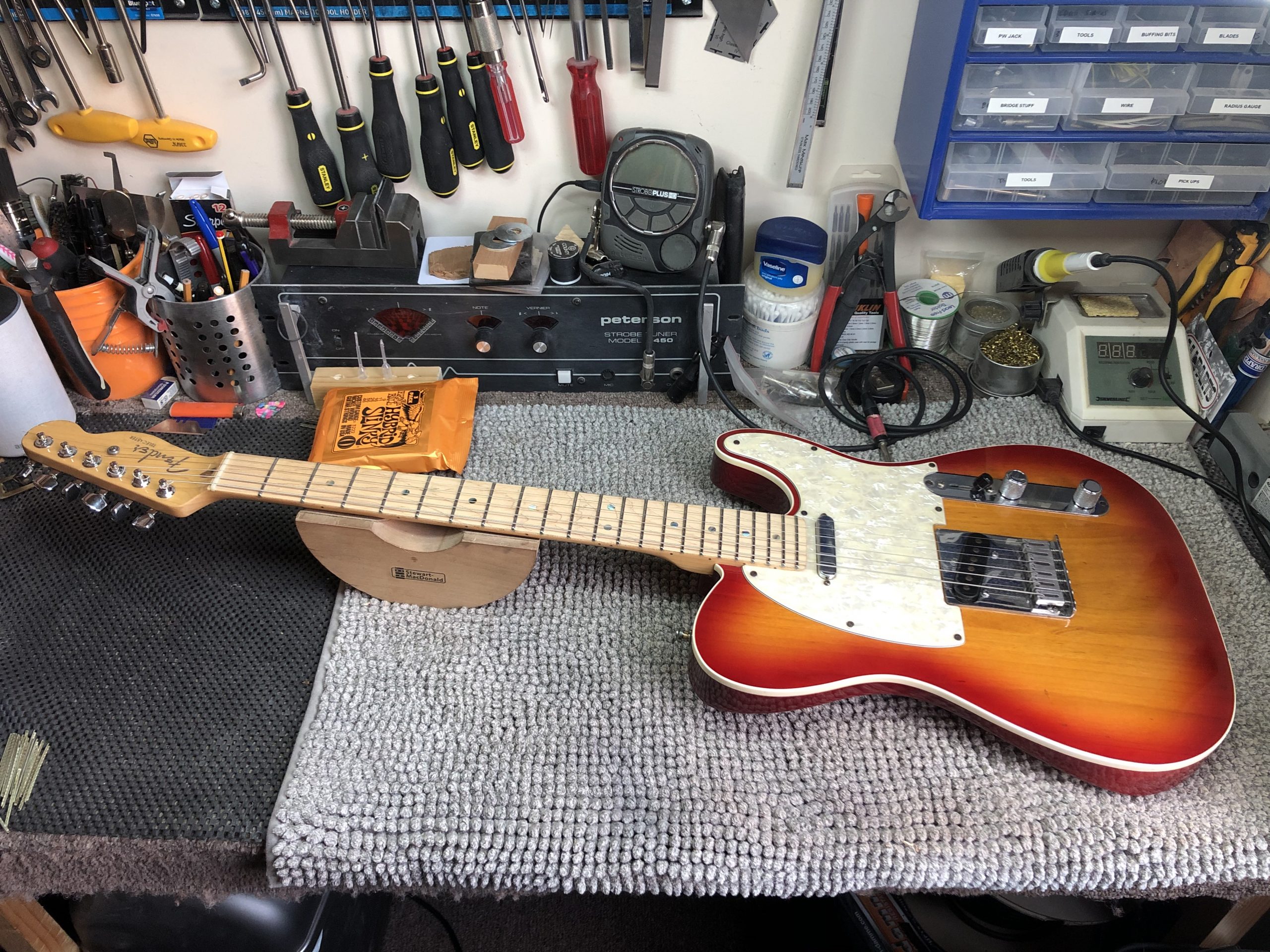 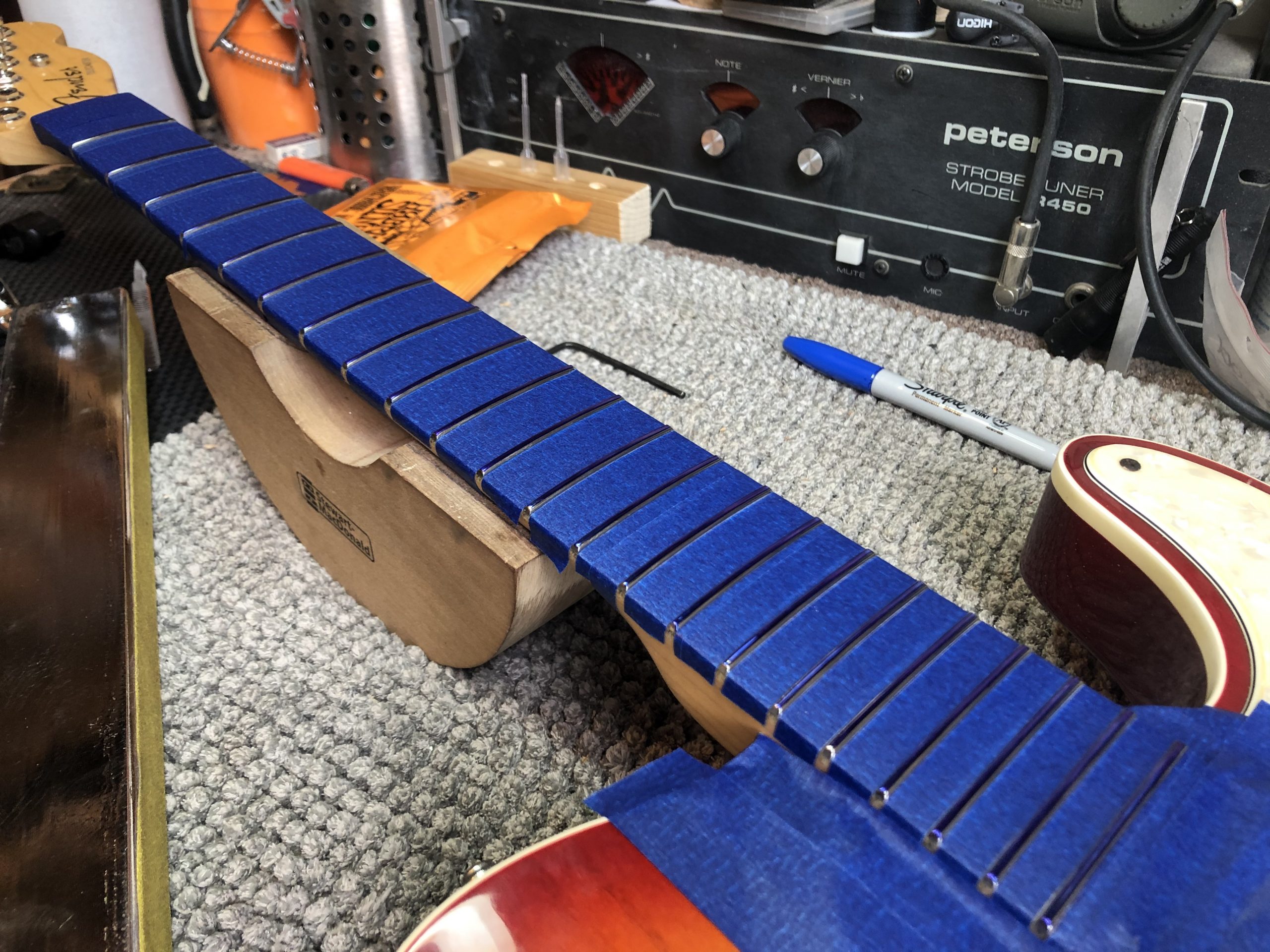 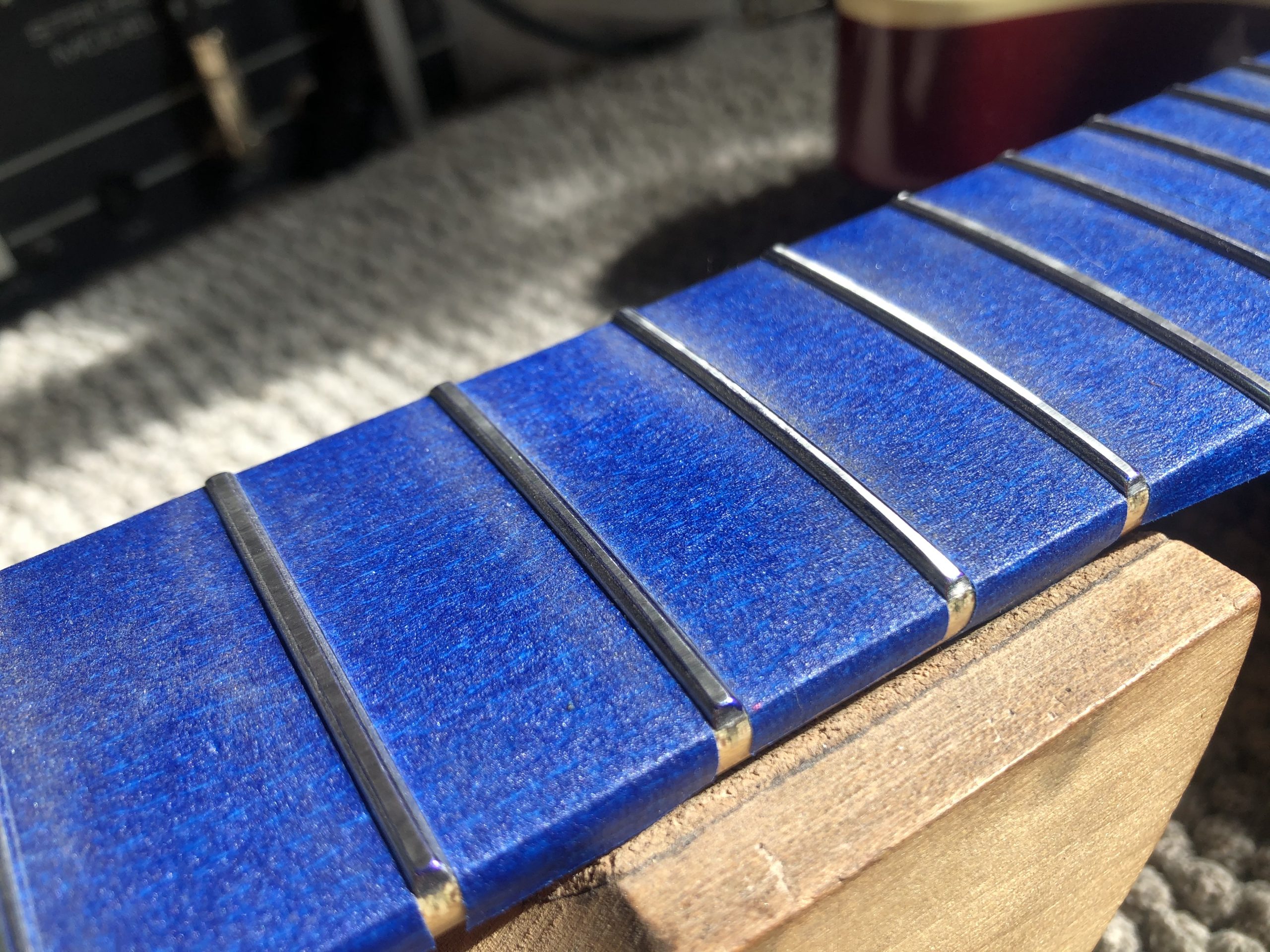 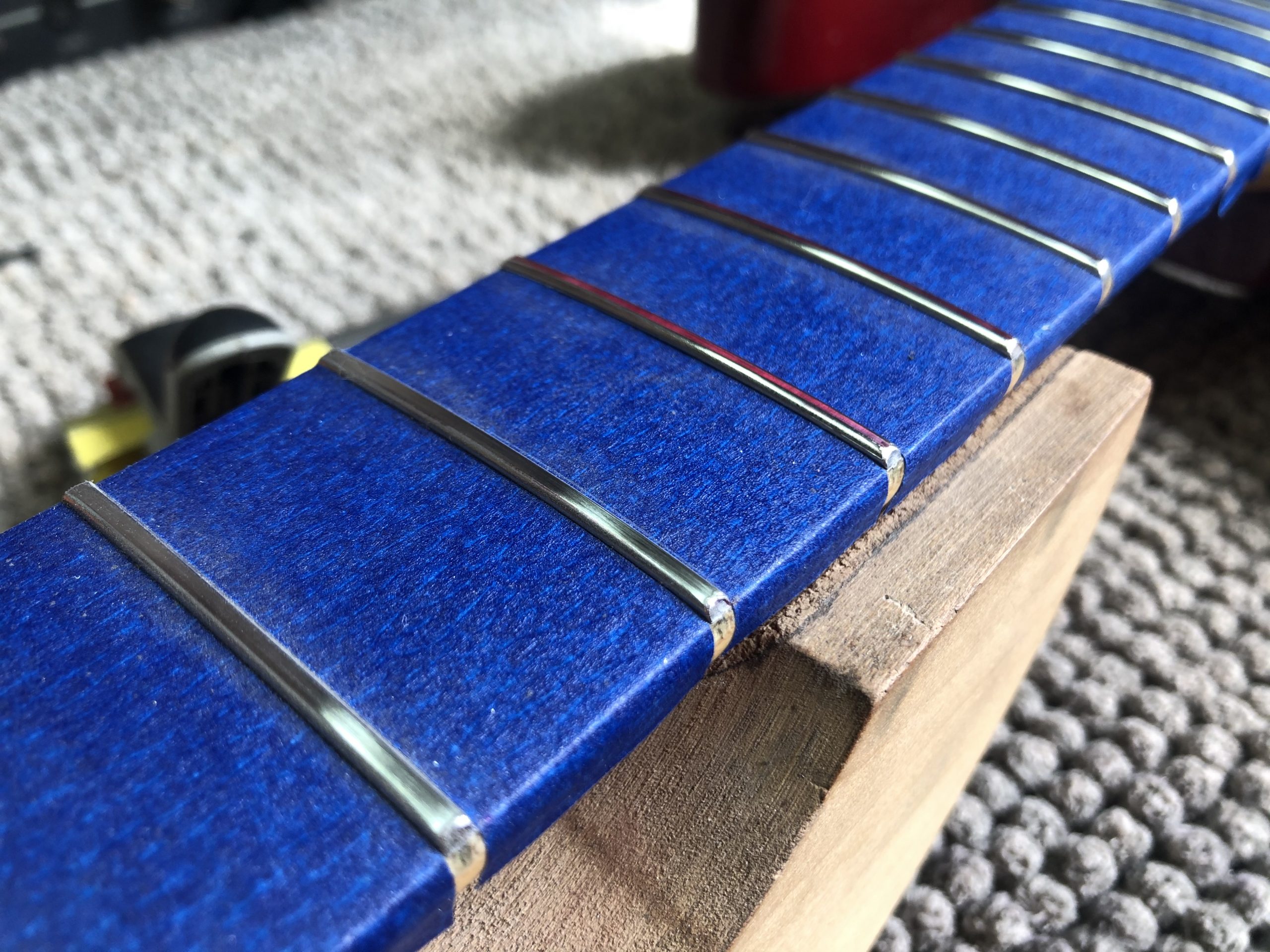 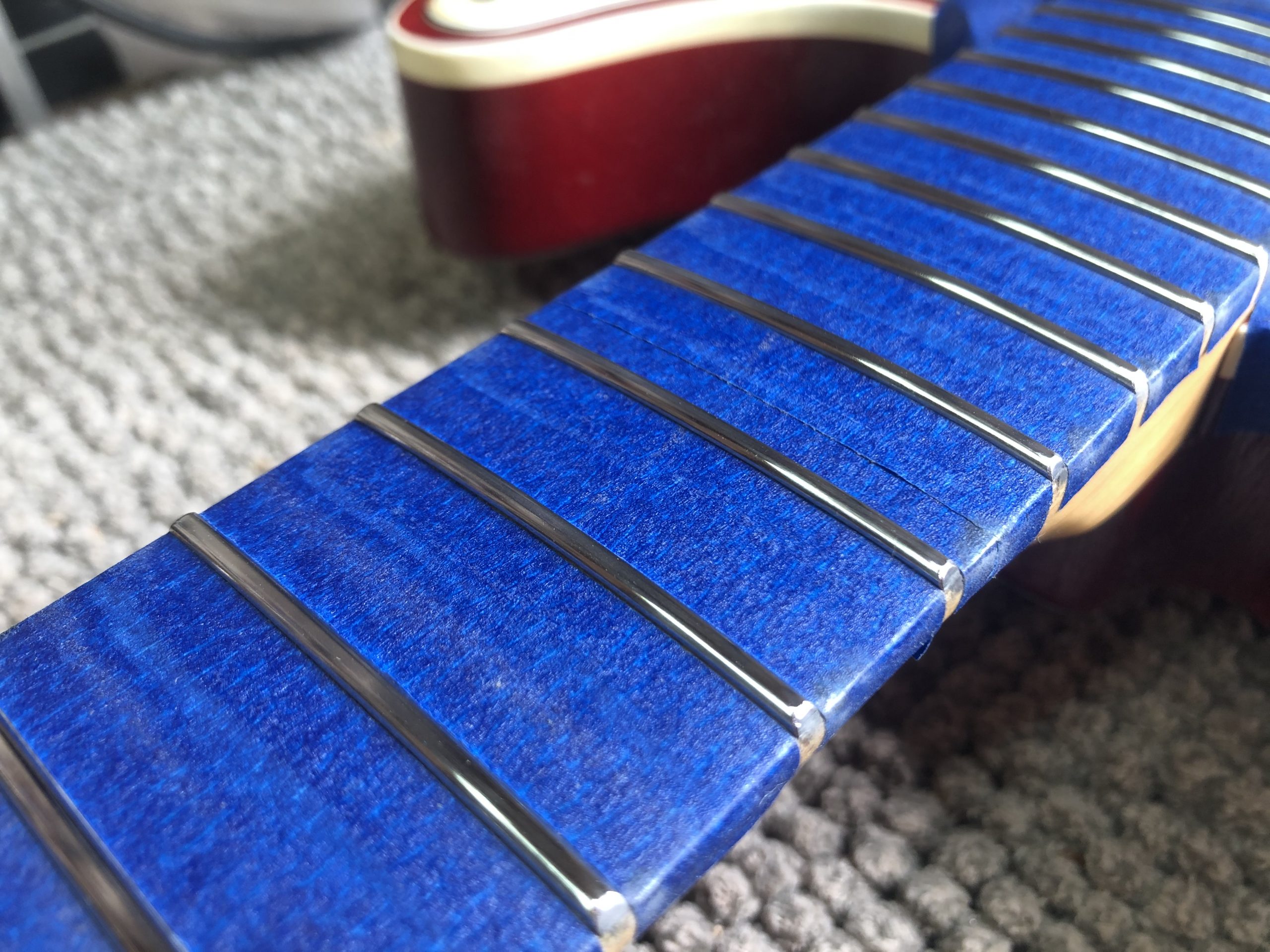 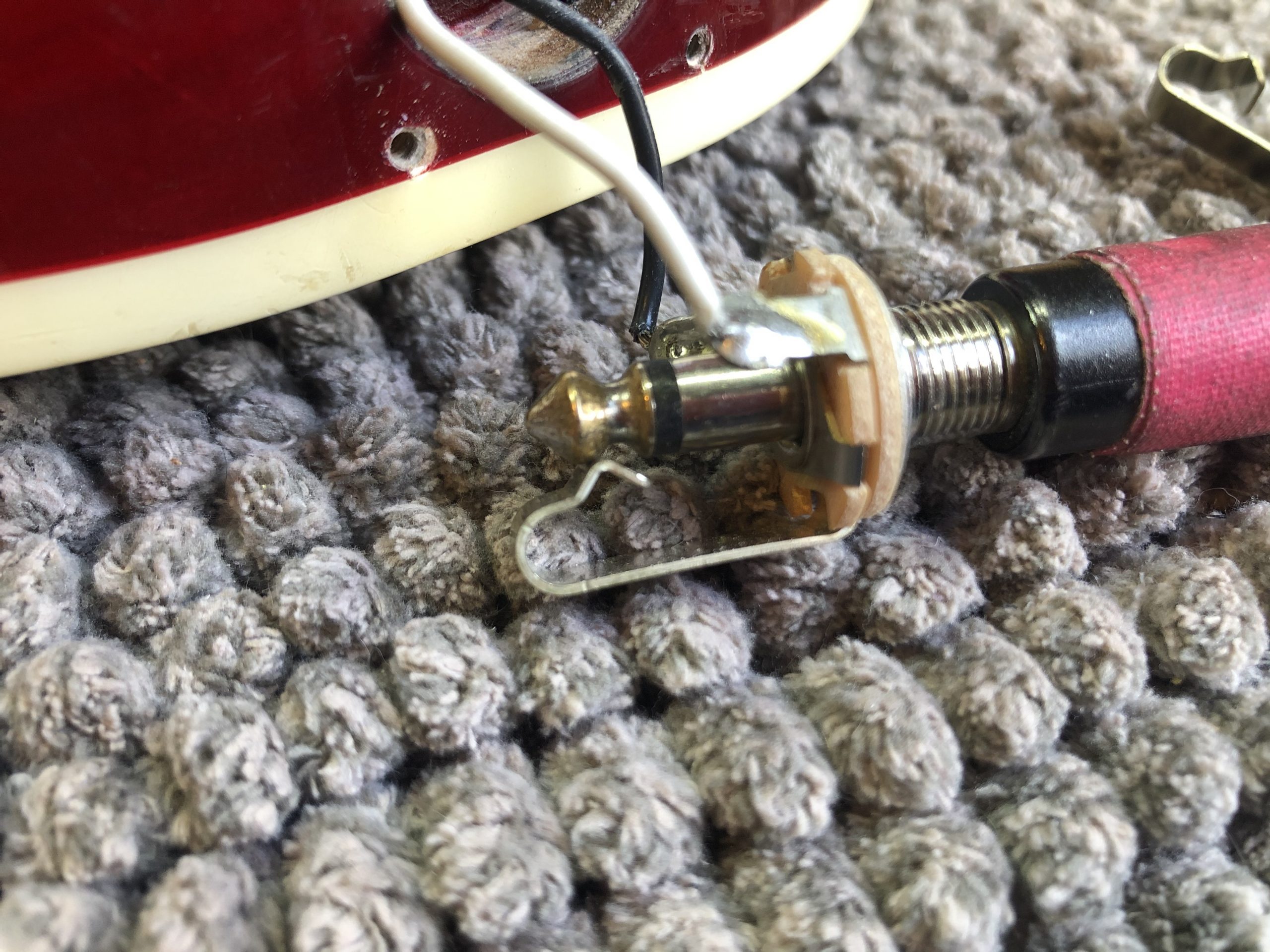 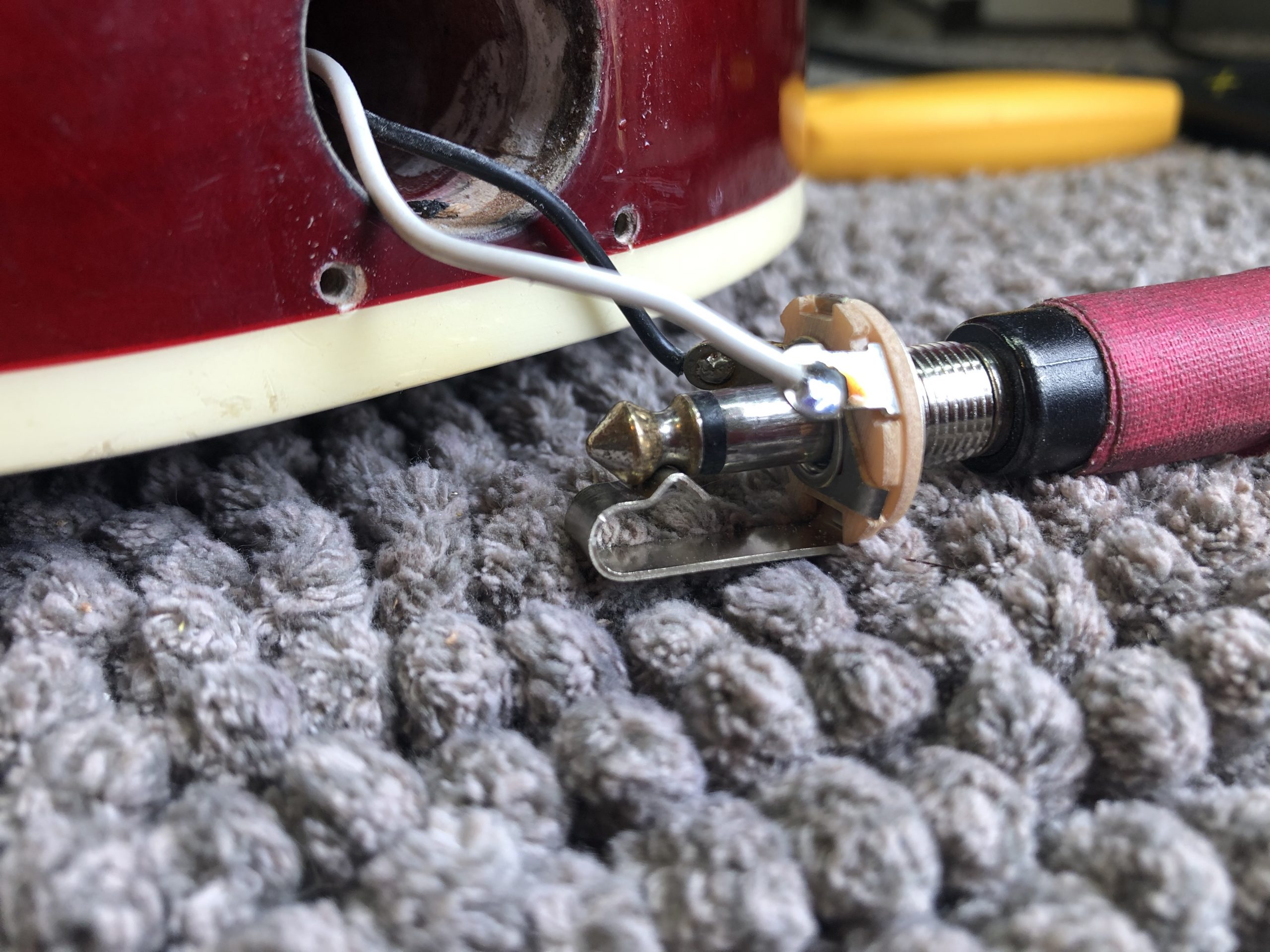 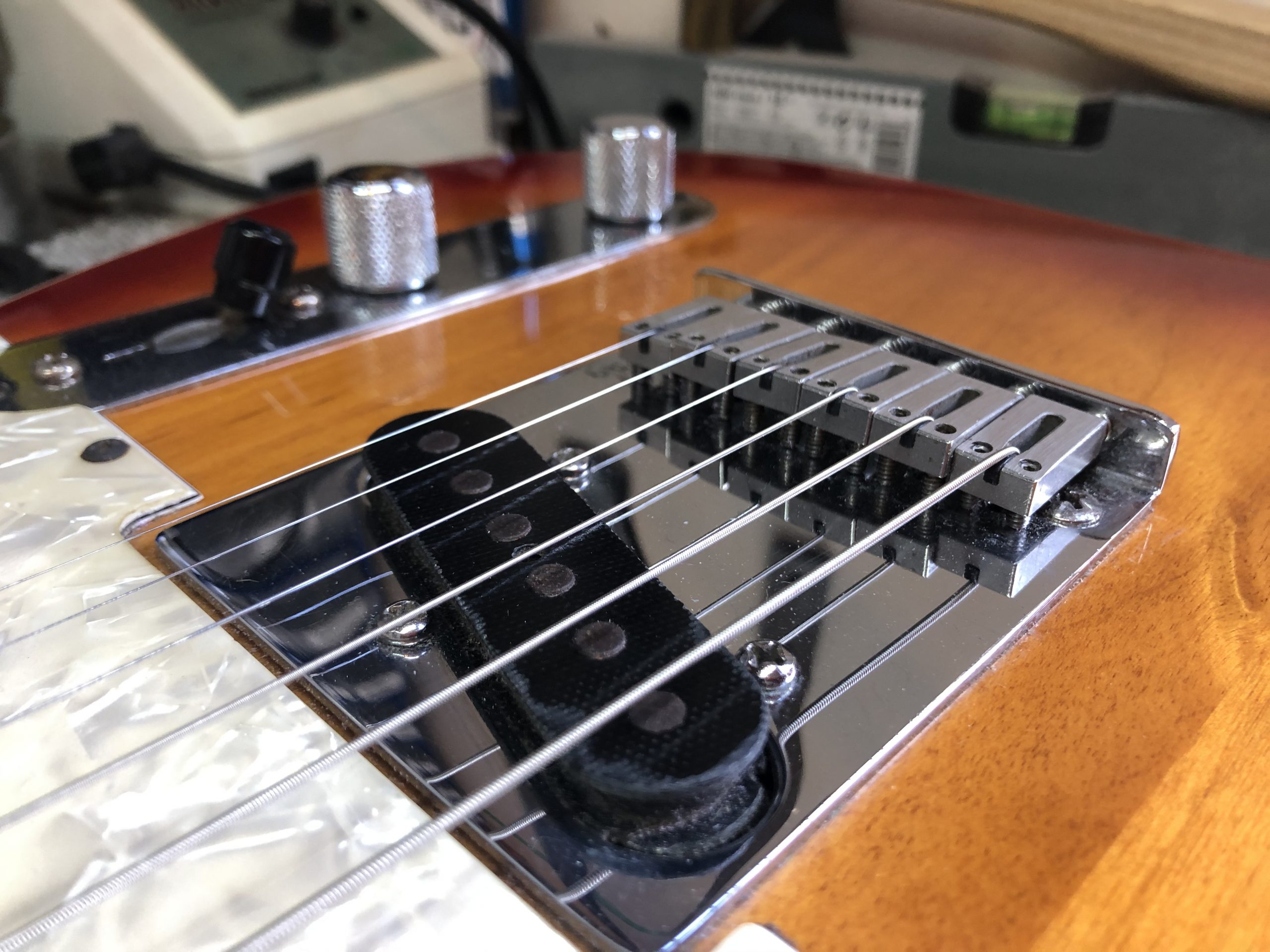 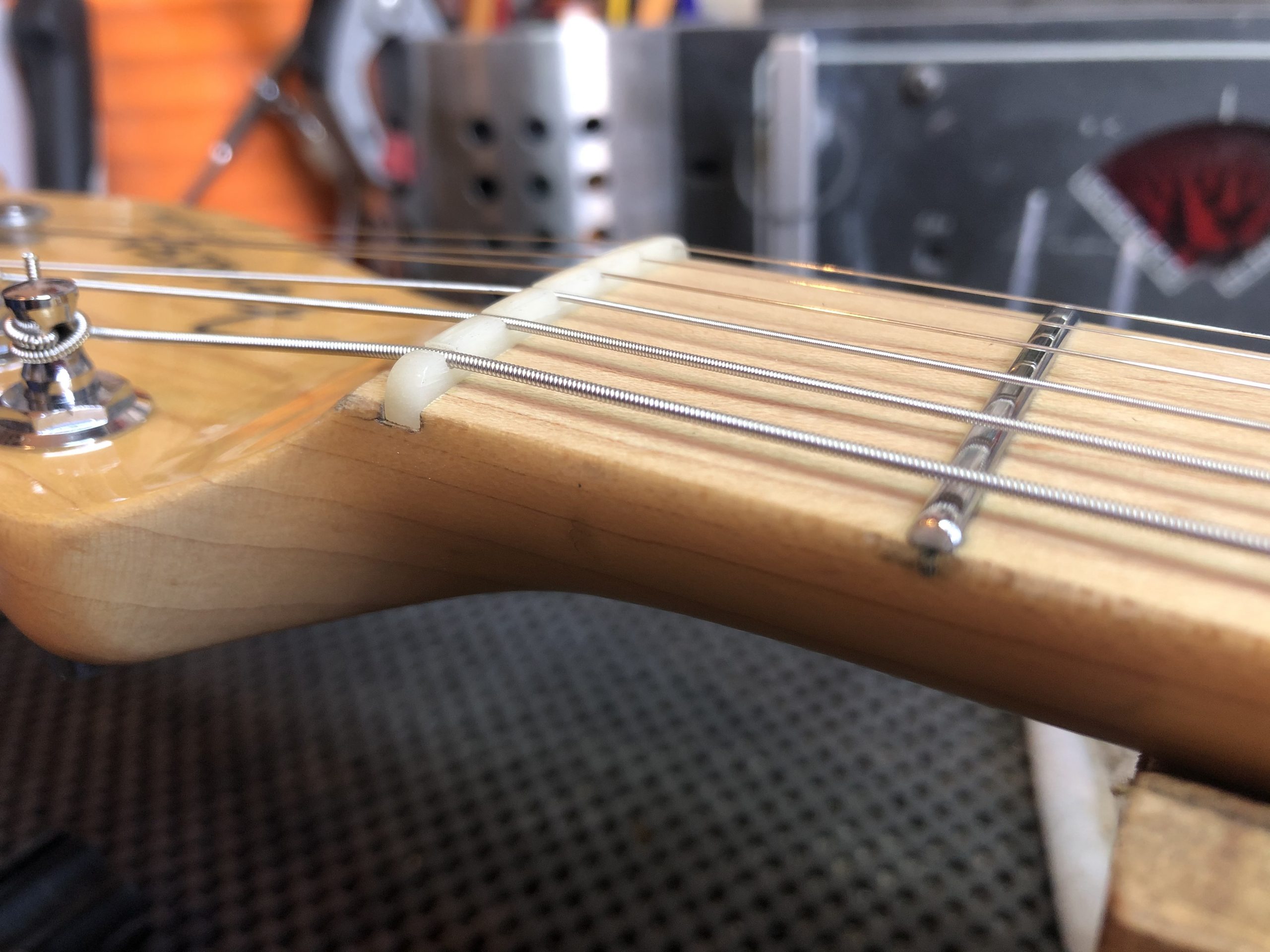 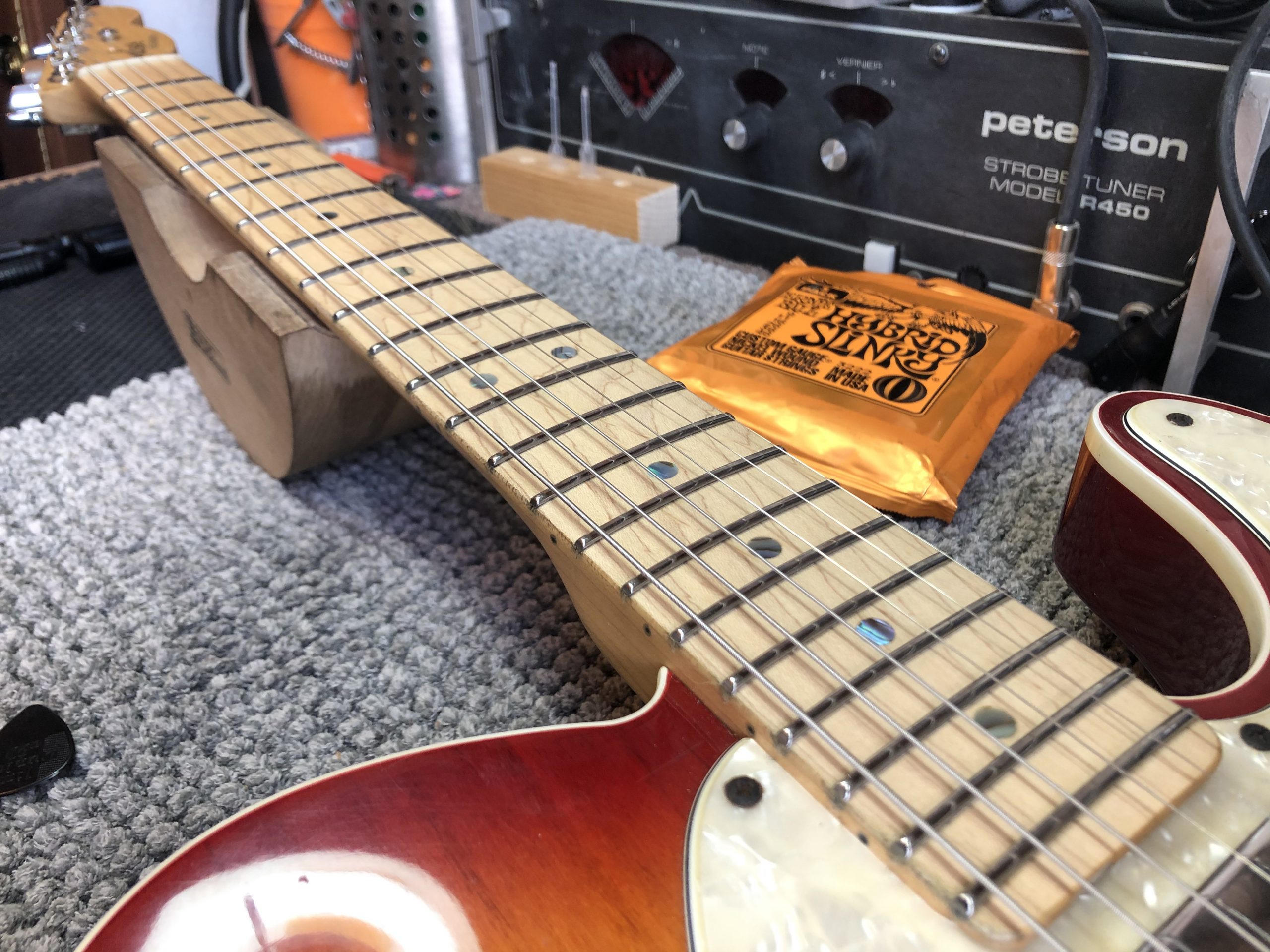 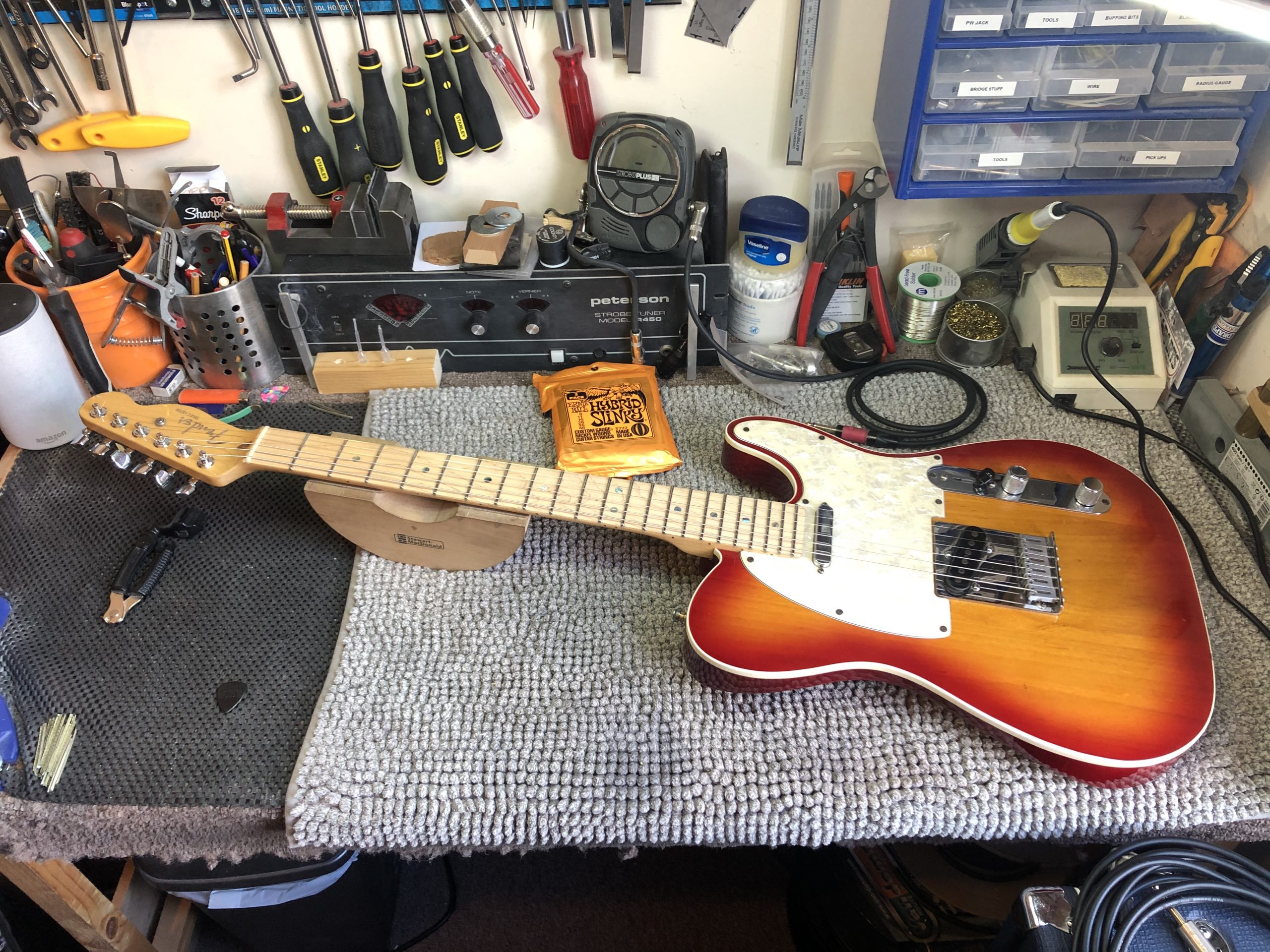