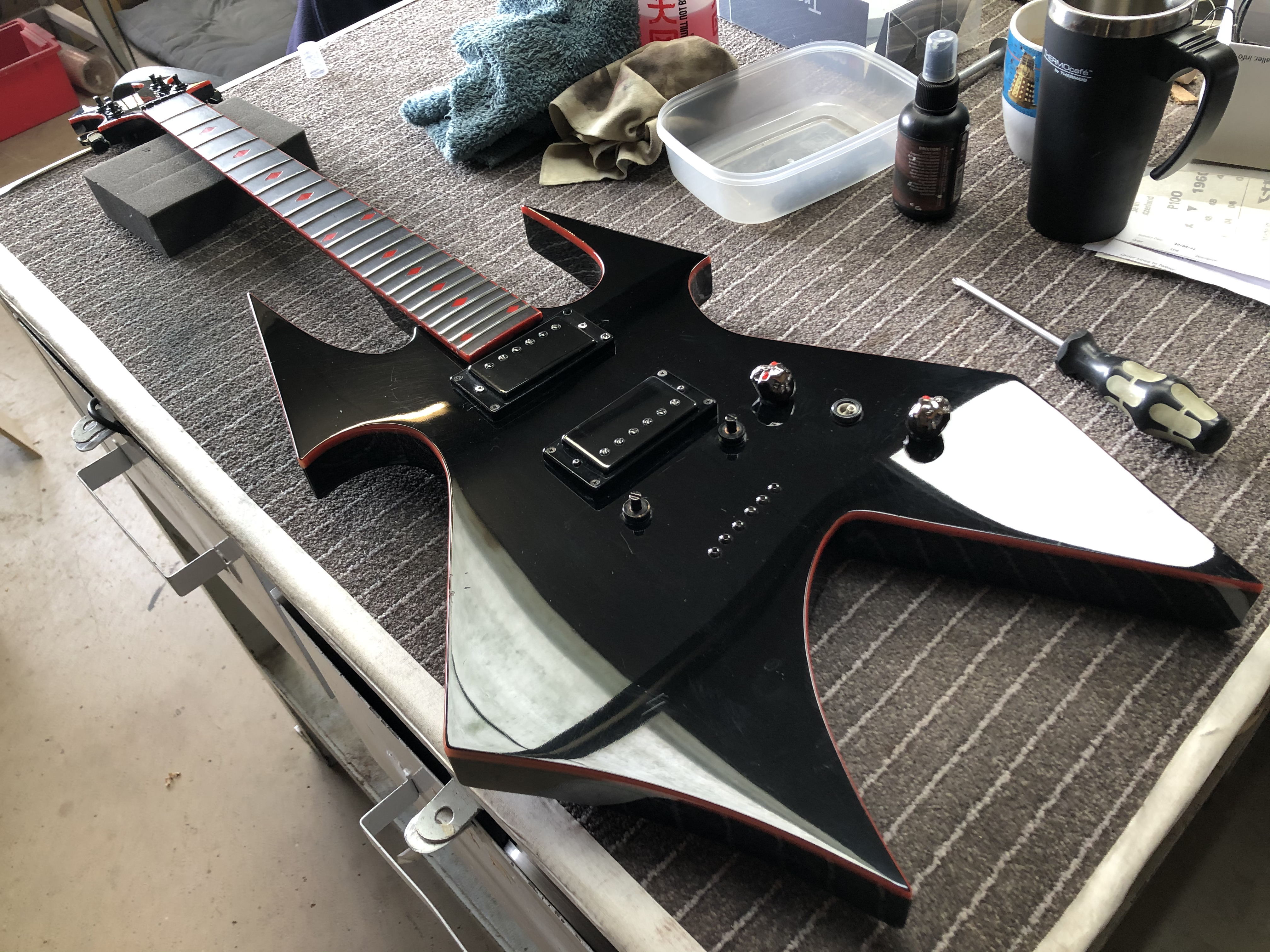 The most metal of all guitars ever! This Warbeast needed a little TLC, there was cracks between the fingerboard and the neck near the nut on both sides that looked to have been glued at some point. They seemed stable and weren’t moving when I adjusted the truss rod. The switch end had broken off but was still functional and the owner decided it was fine as it was. I gave the guitar a setup for drop D which was fairly standard, the fretboard was very dirty and had a thick layer of dirt which needed to be removed. I would recommend a fret level at some point as there appears to be some frets the are high around the 12th, especially on the low E side. 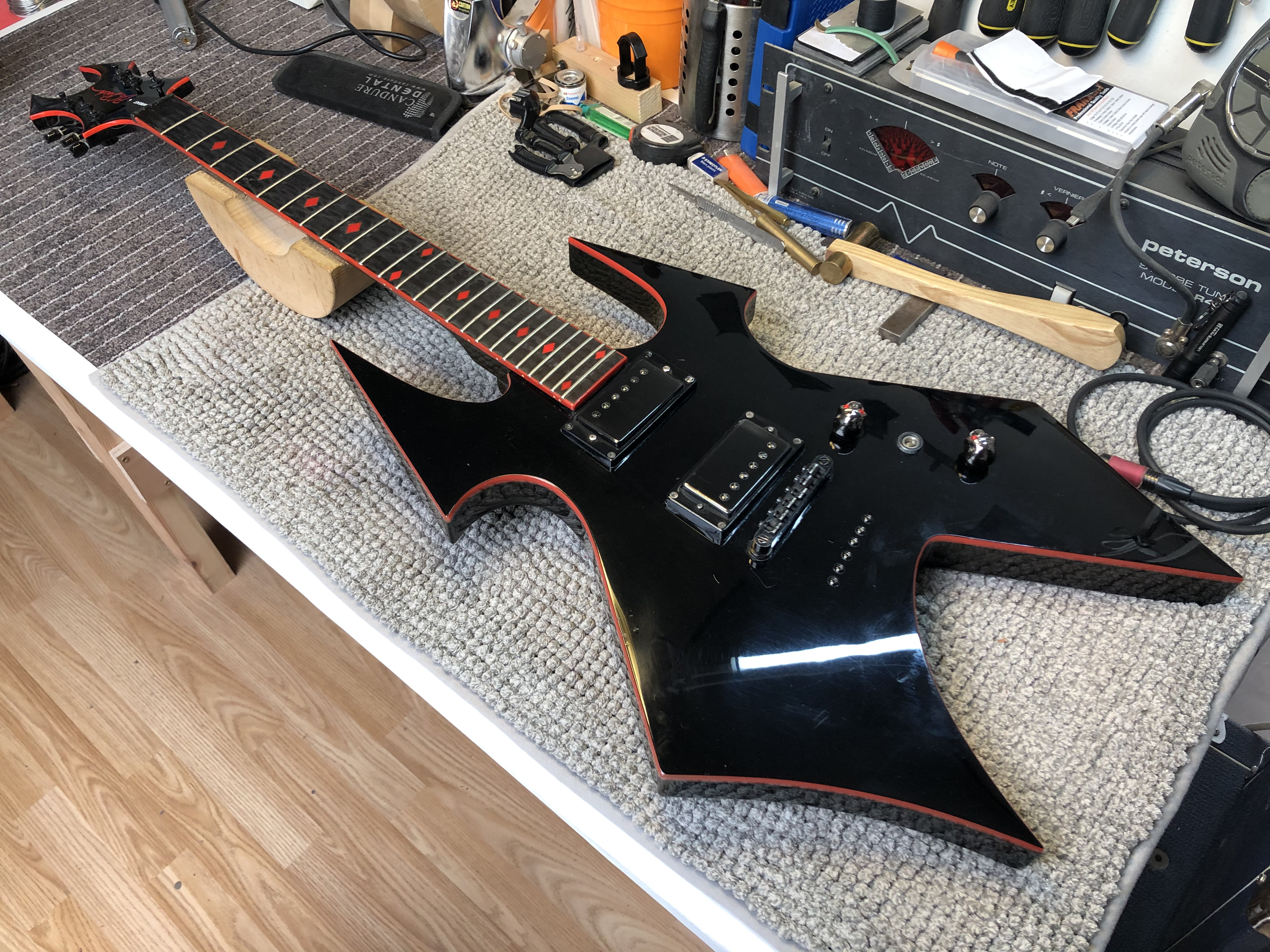 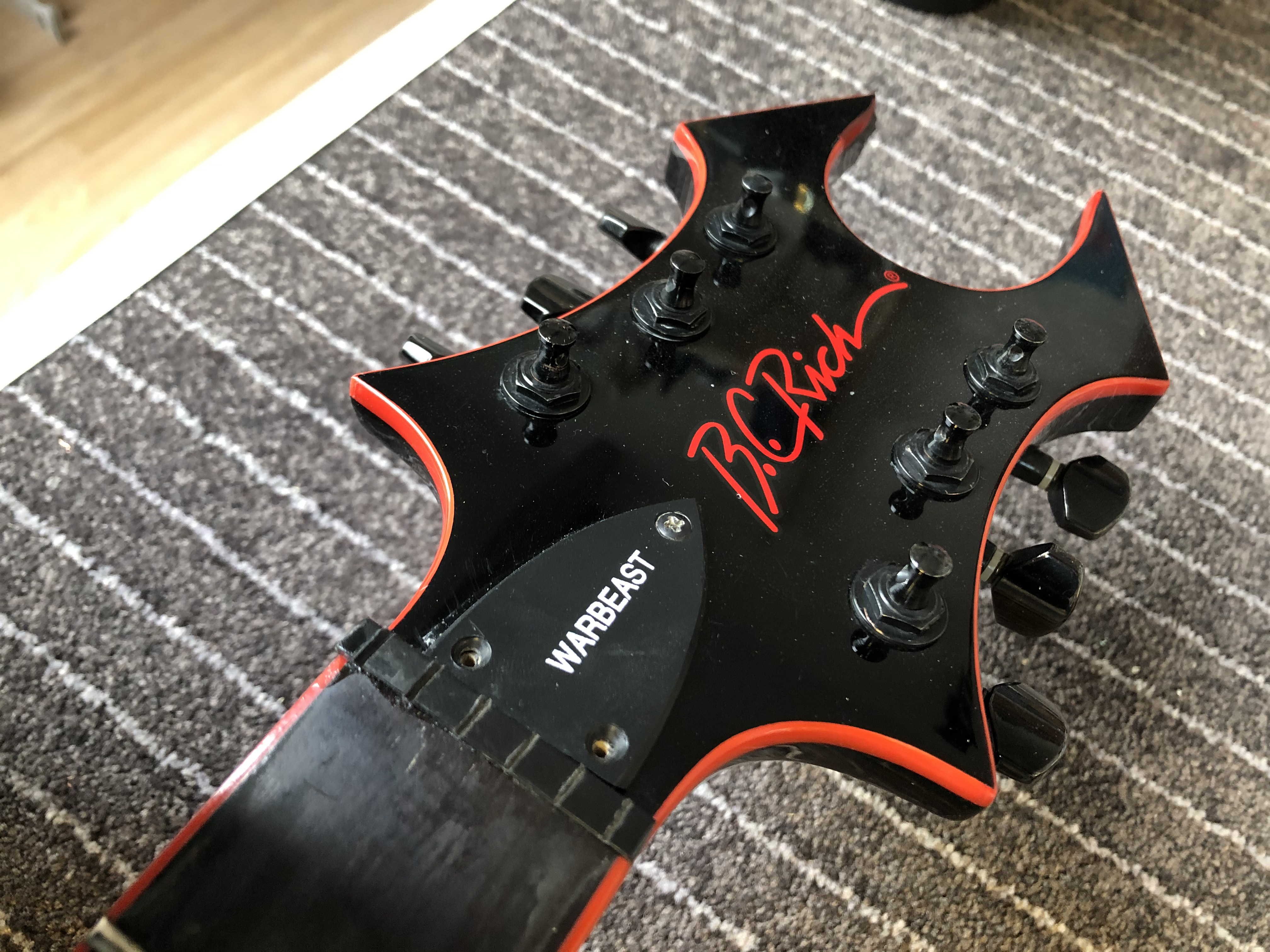 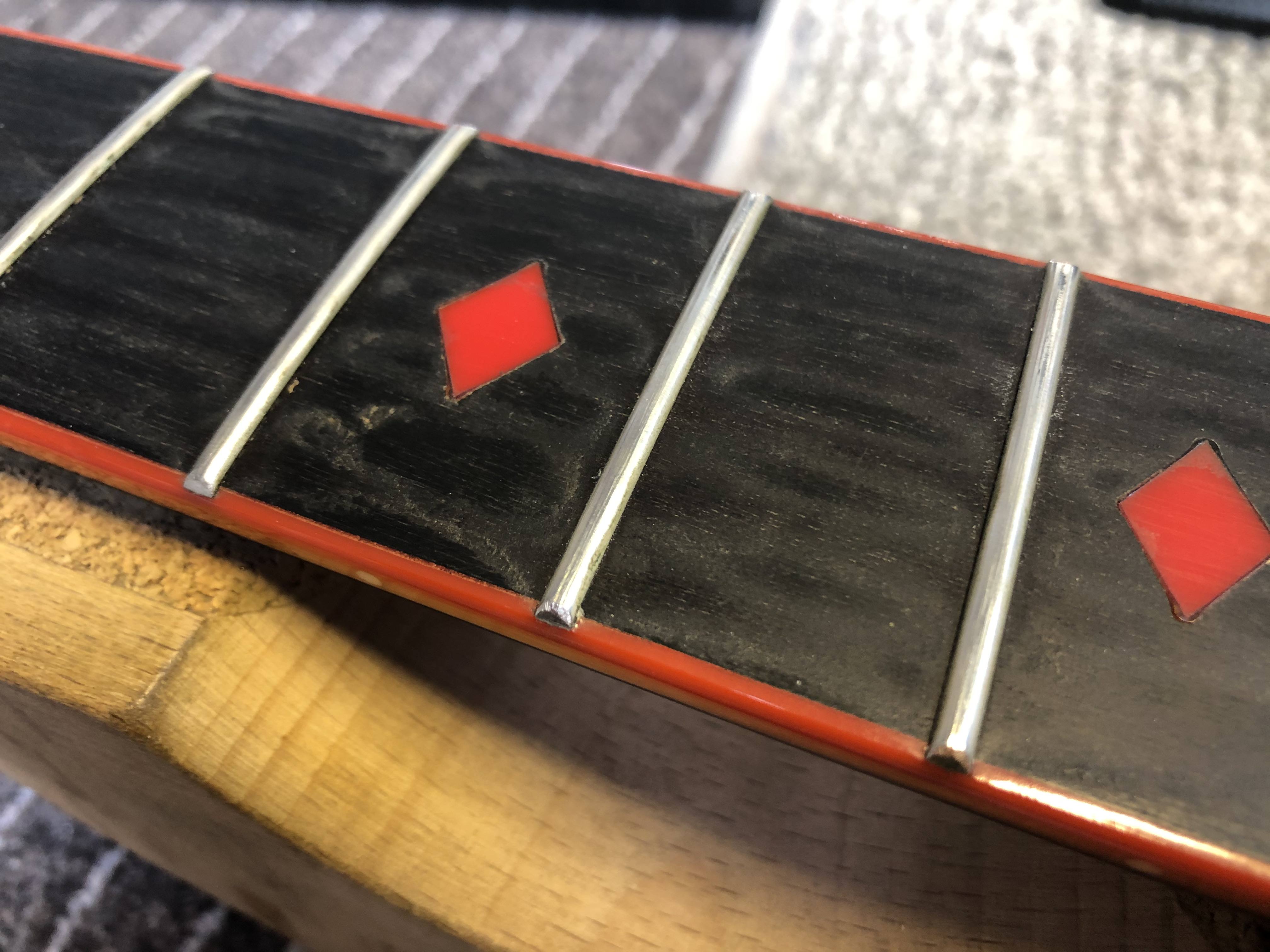 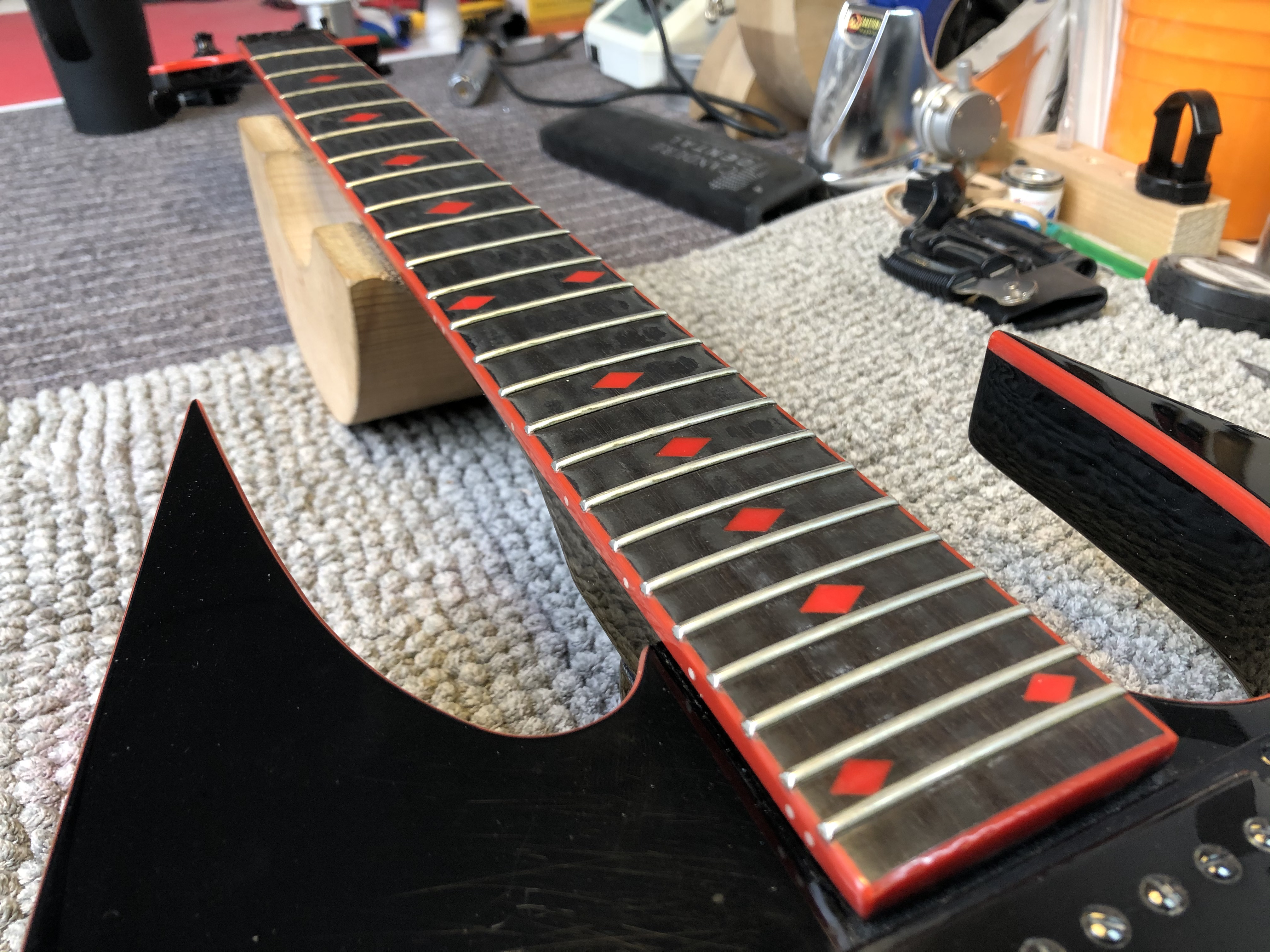 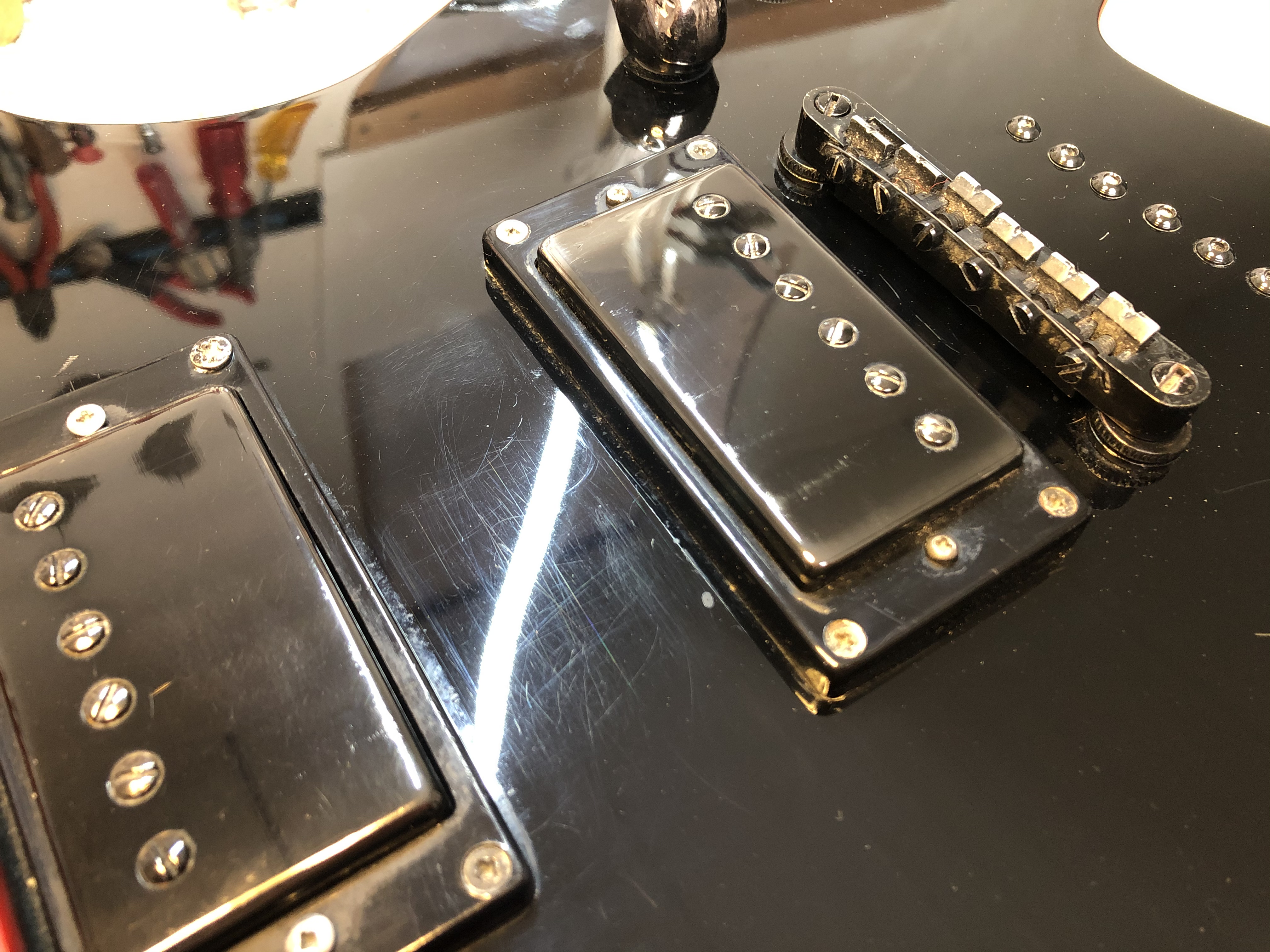 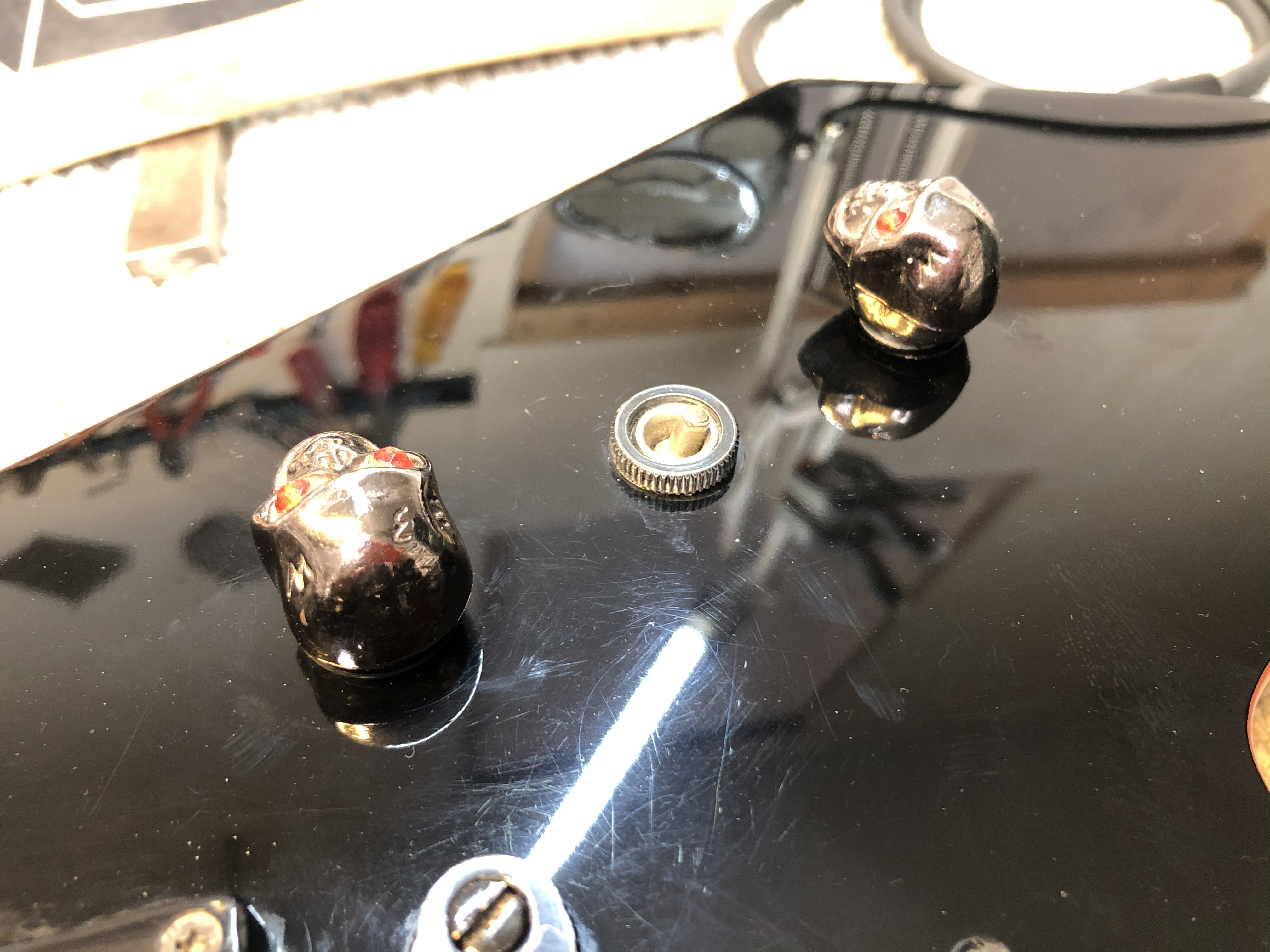 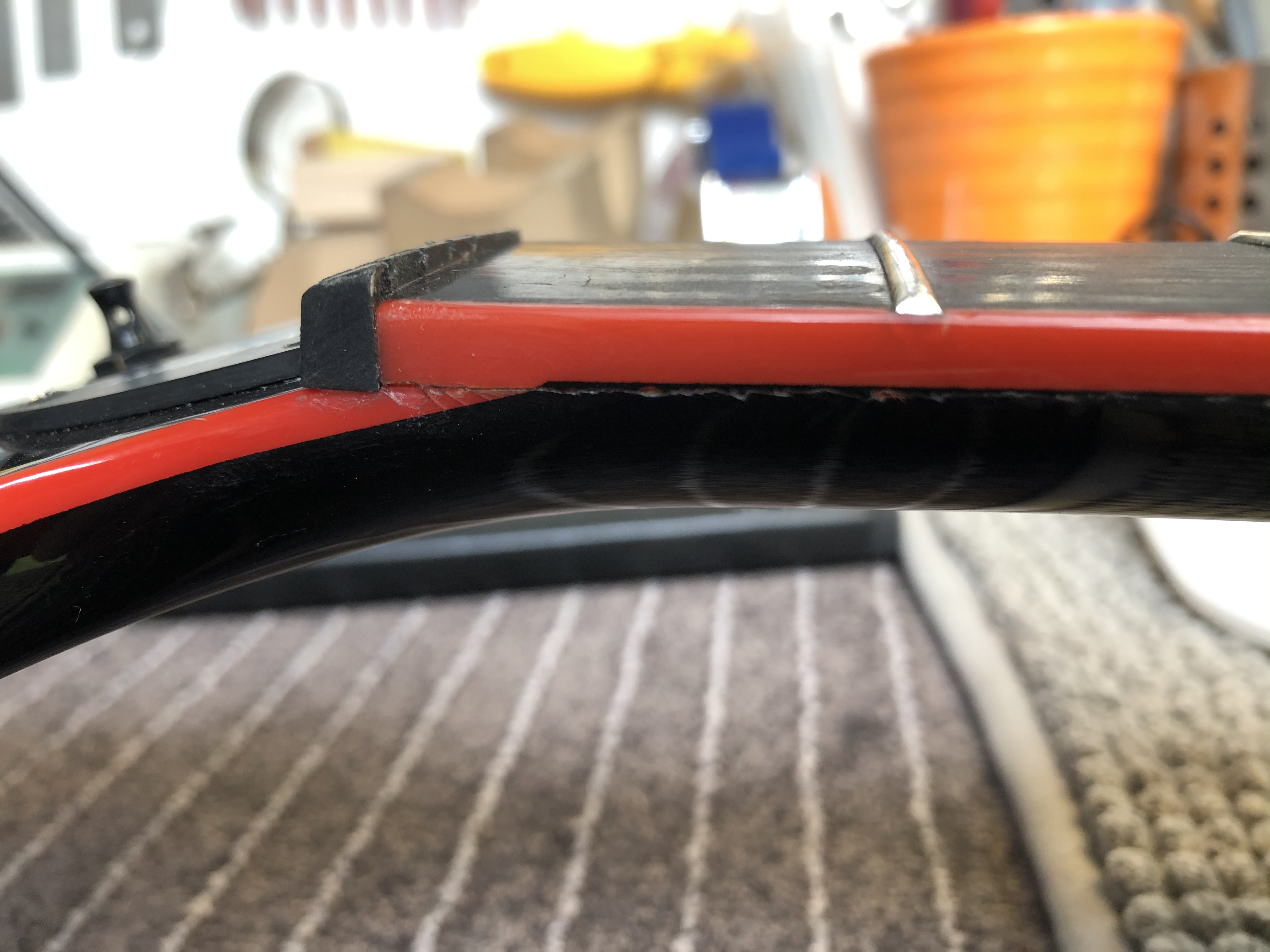 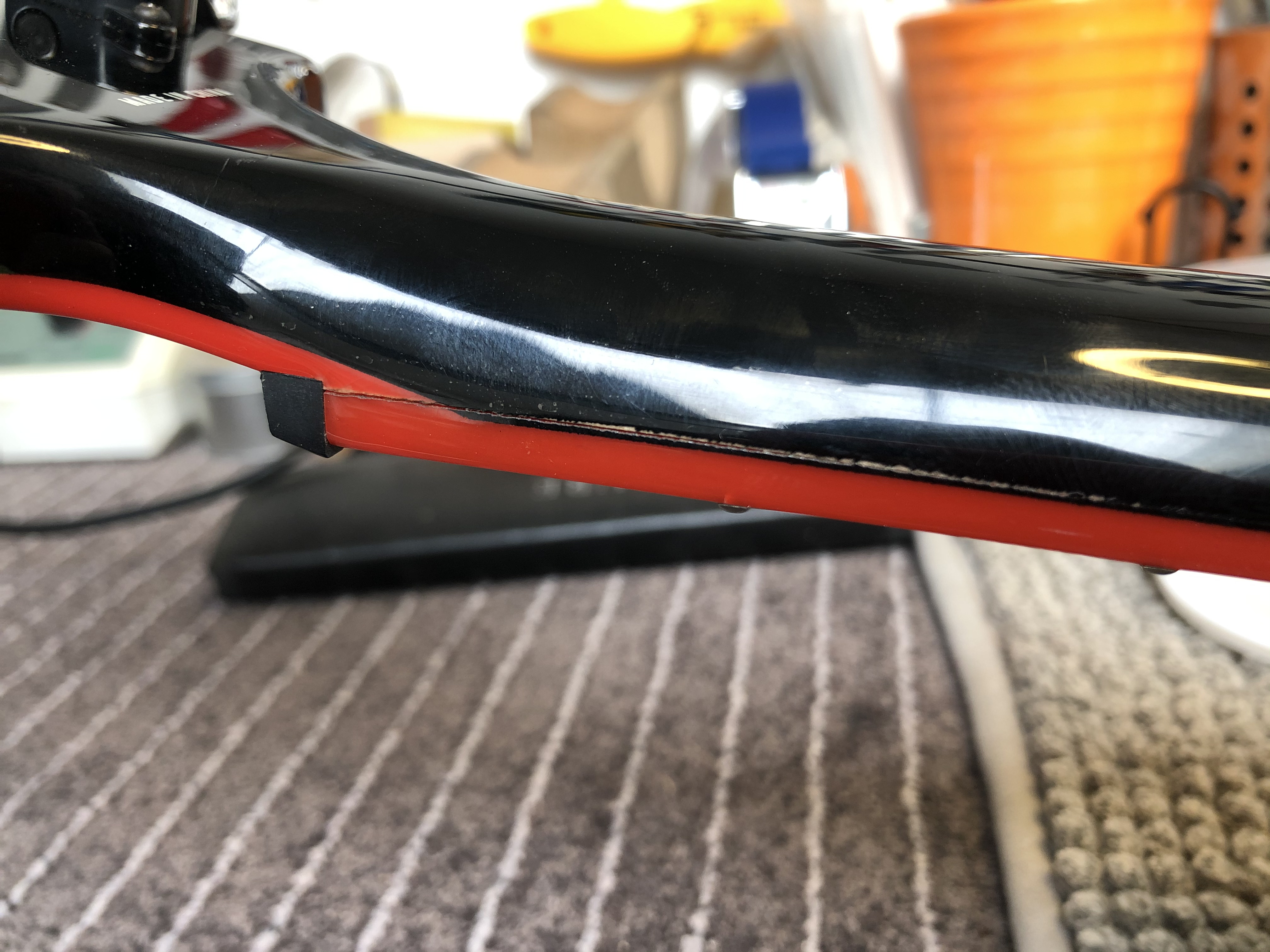 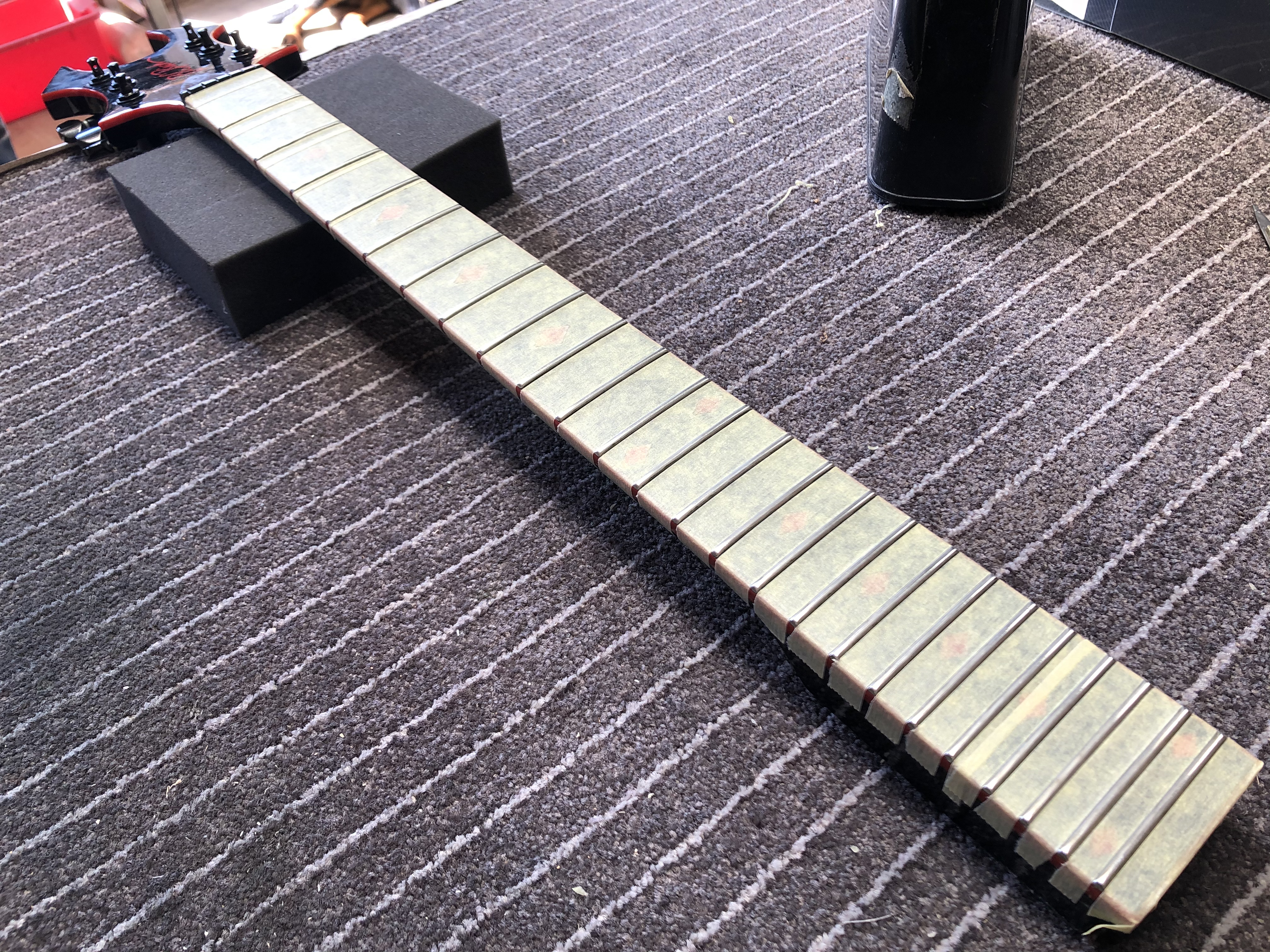 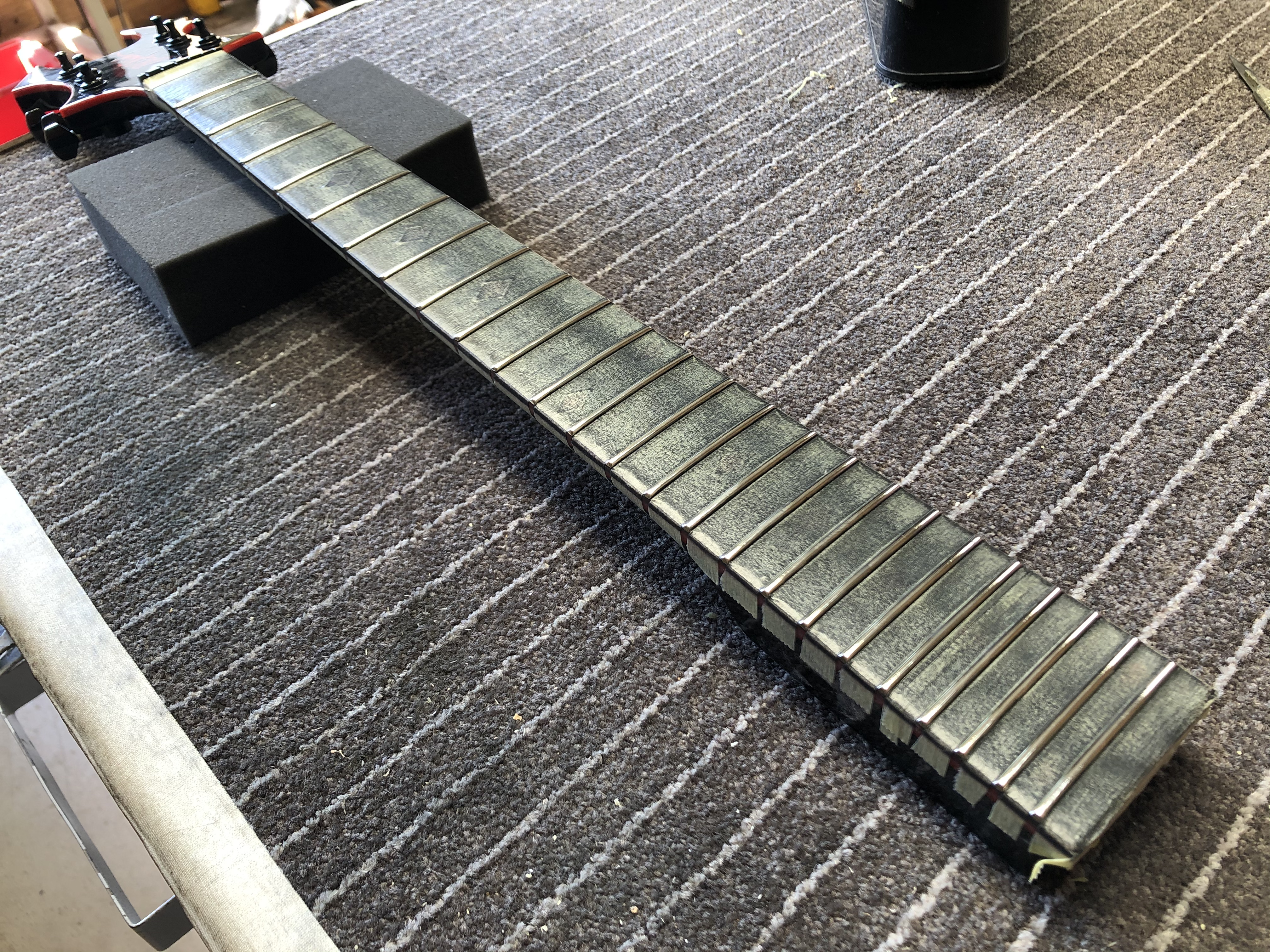 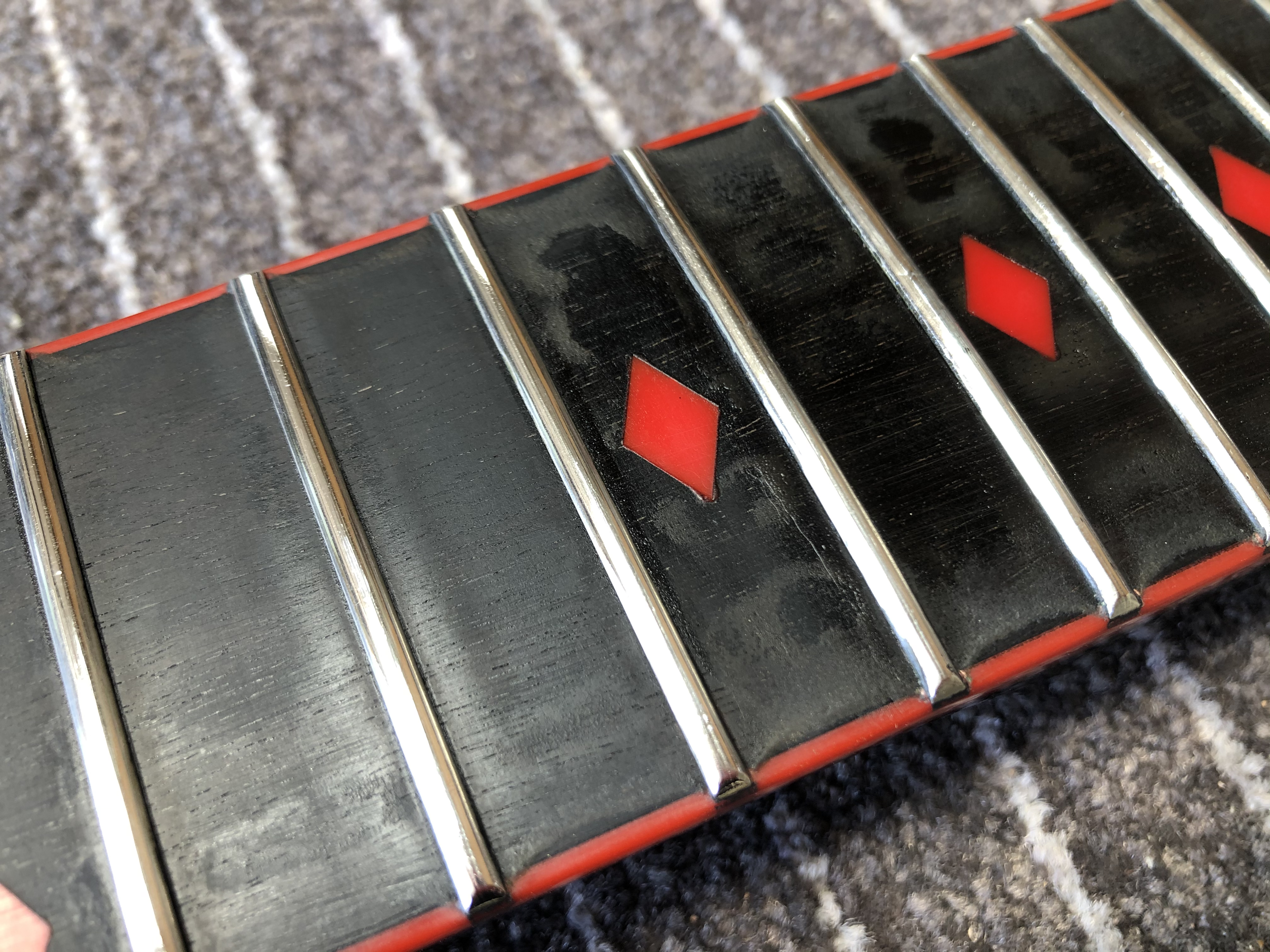 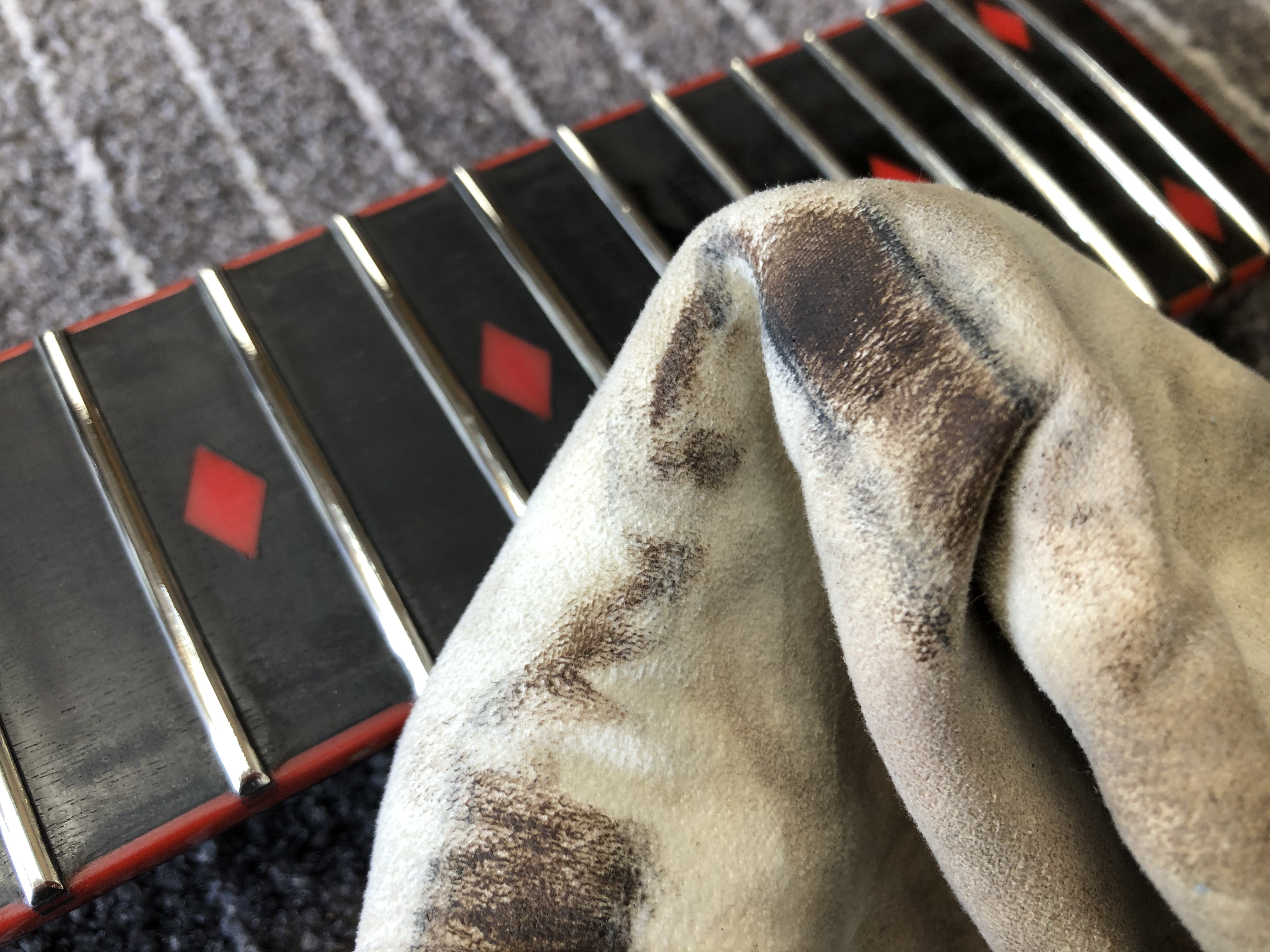 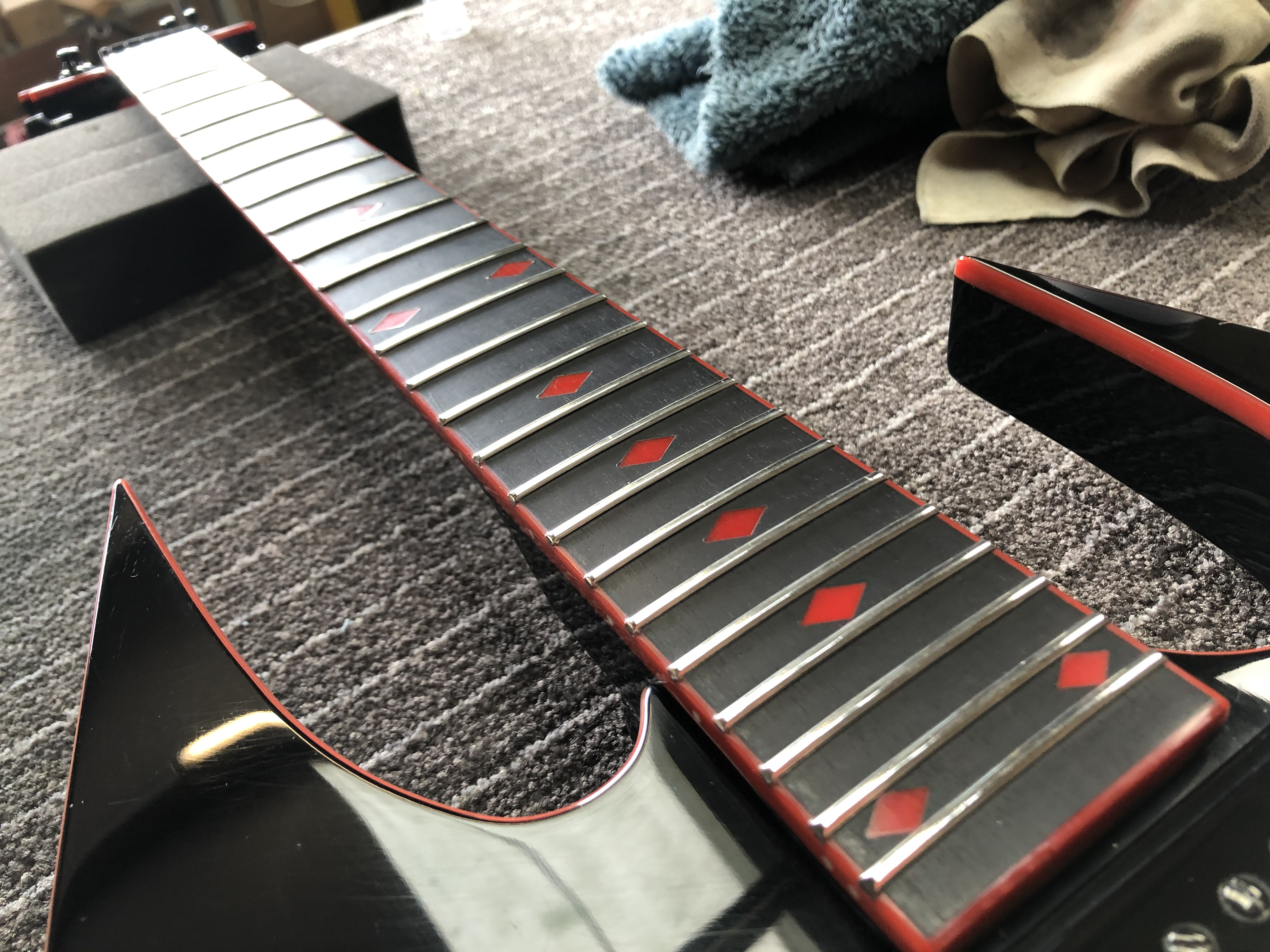 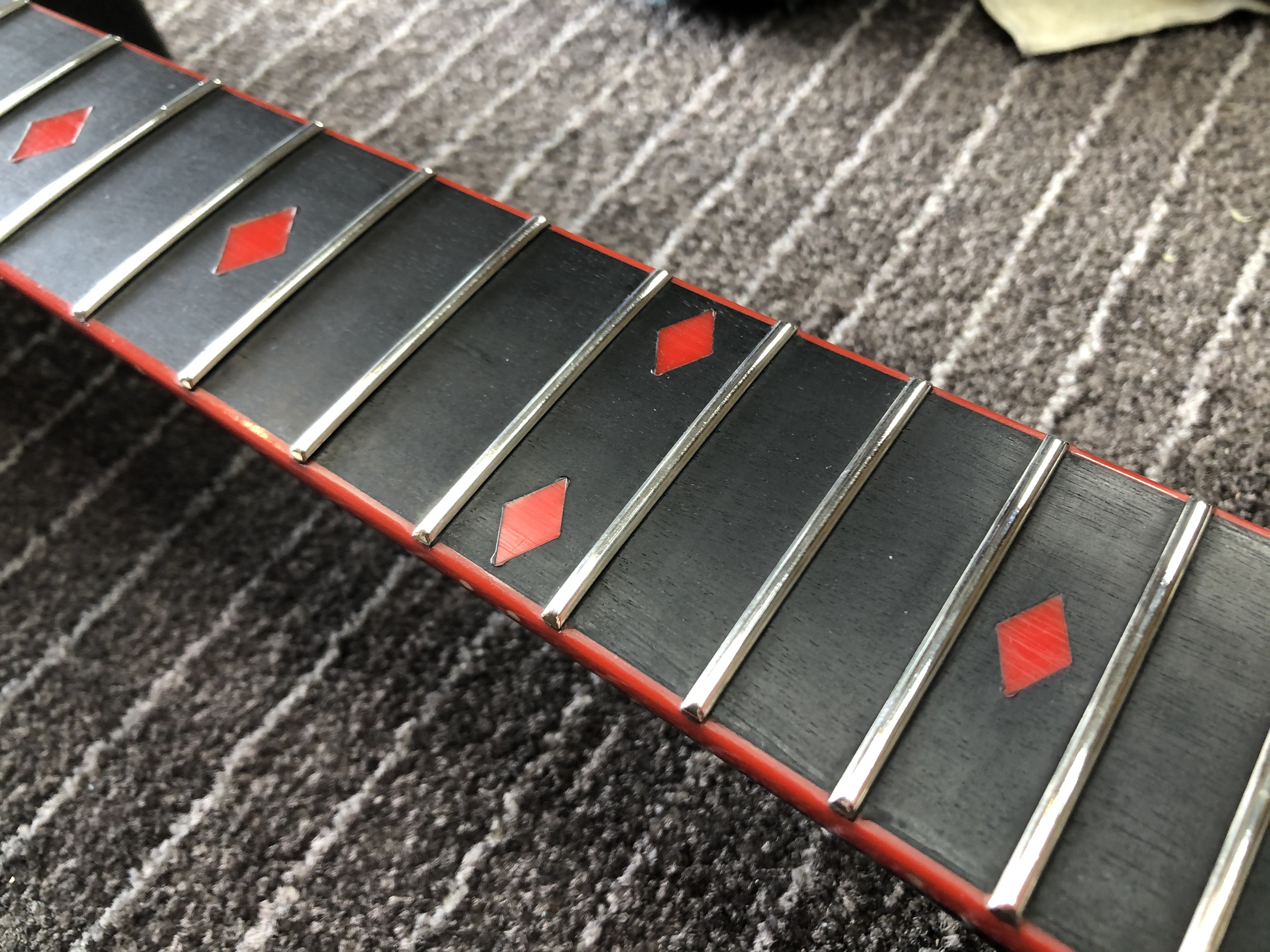 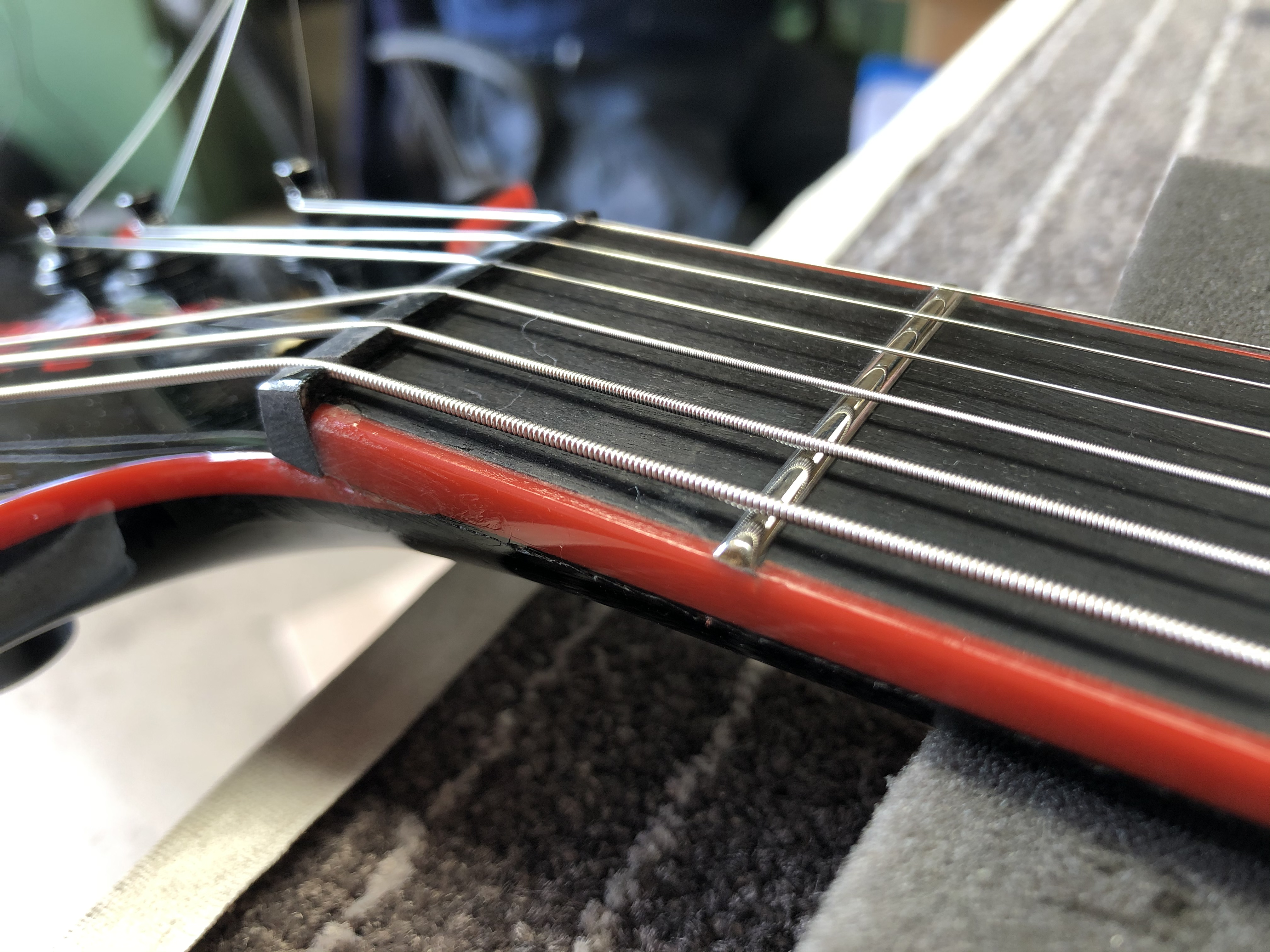 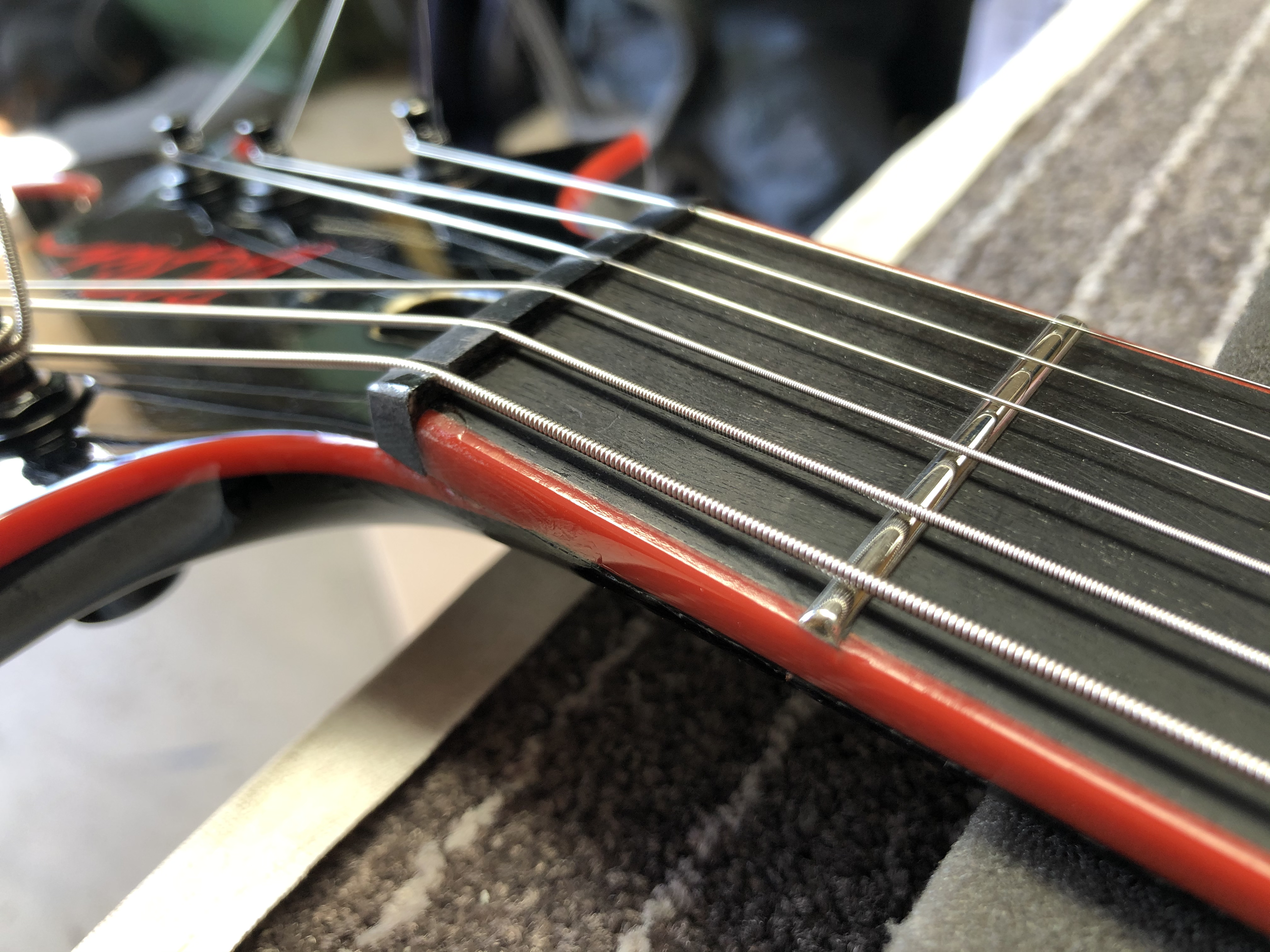 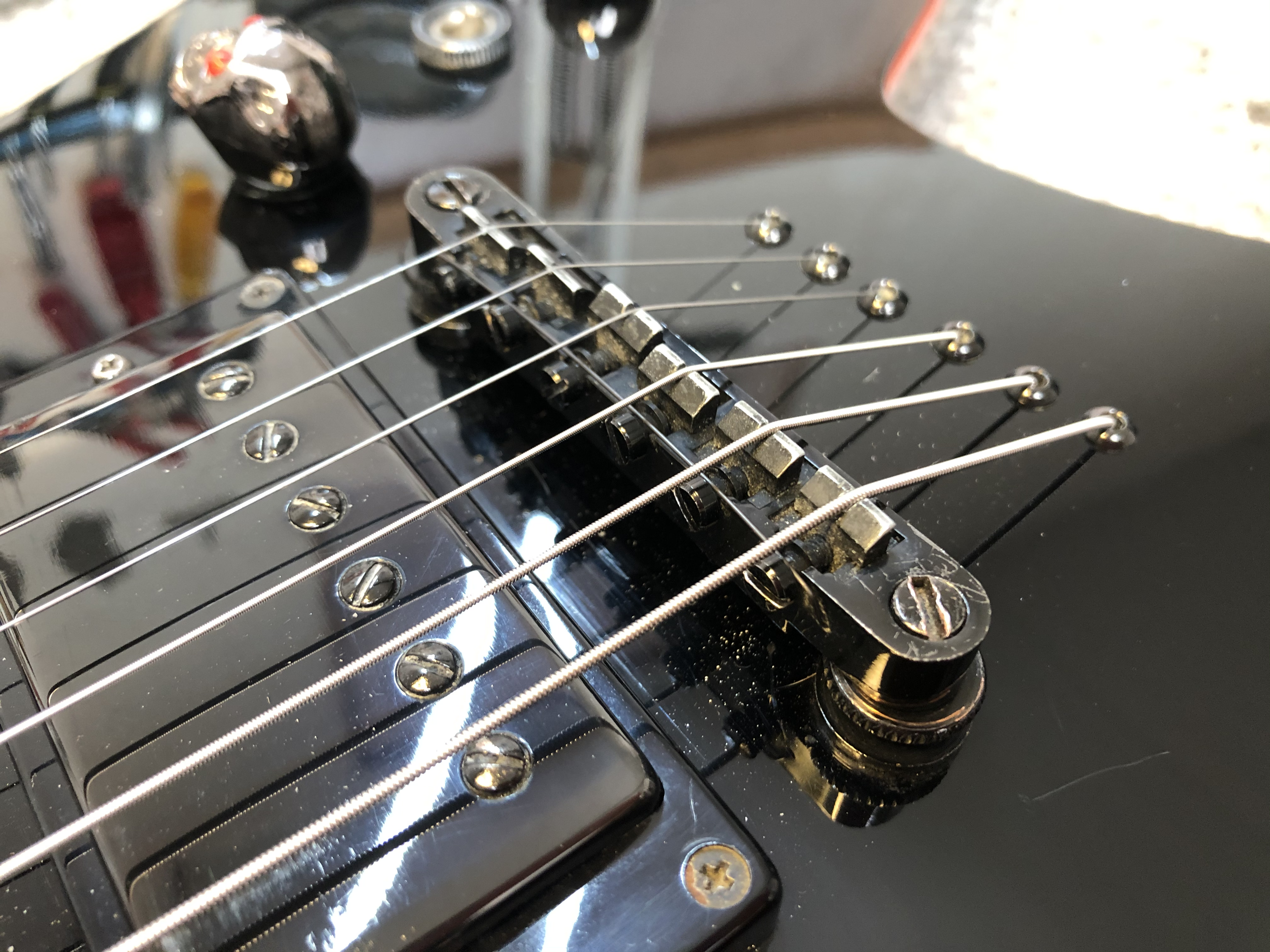 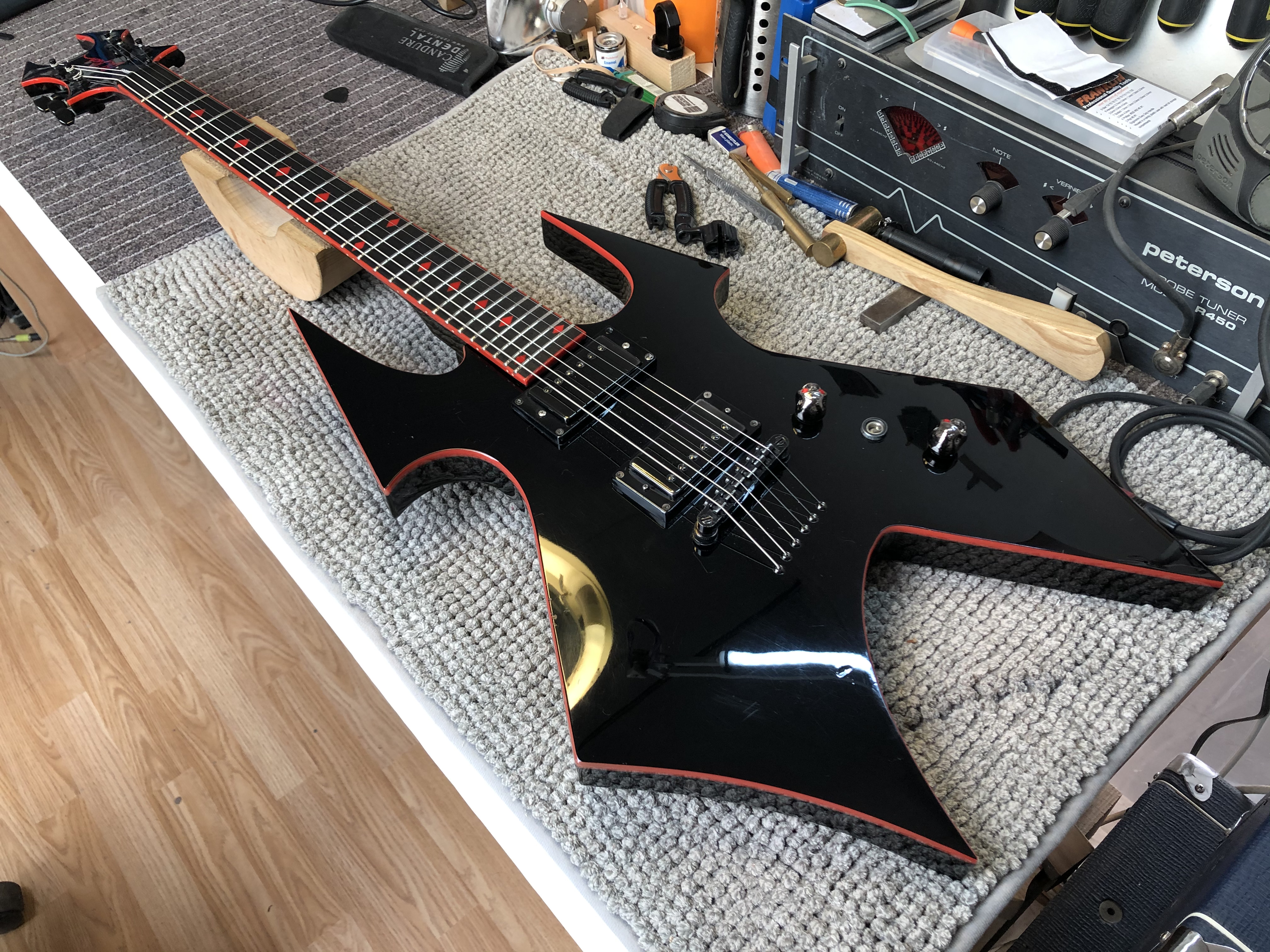